The old trains between Istanbul and Ankara have all been replaced by new high speed trains.

I took this video just before my trip to Kars so that you could get an idea of what the high speed train looked like. 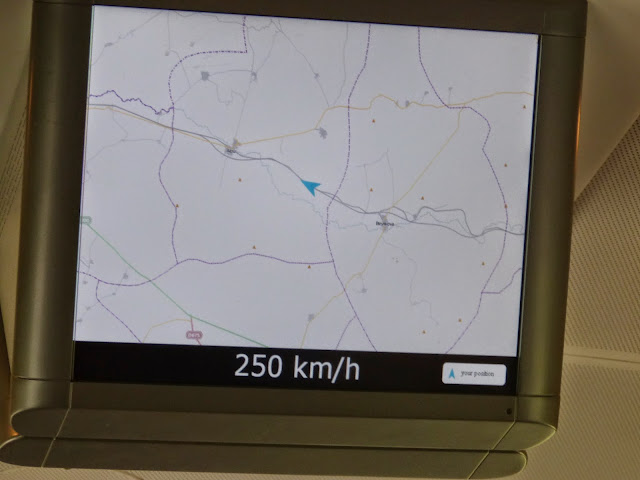 The train was full and after a while, the train got up to 250 kph. It was a smooth ride and was just like most other high speed trains in Europe.  To be honest, I much prefer the slow trains that give you time to see things. Most of the trip was not at high speed since much of the track is the old track and not new purpose built track. So there is plenty of 100 kph travel and of course, the train stops at a lot of stations along the way. 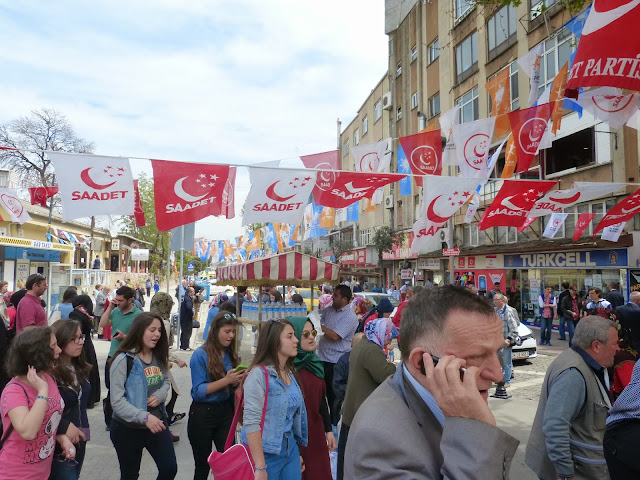 The train stops on the outskirts of Instanbul at a station called Pendik where you can catch a 16D bus to the ferry at Kadikoy on the Asian side of the Bosphorus. Eventually the line will get to Istanbul using the new Marmaray underground line that goes under the Bosphorus. 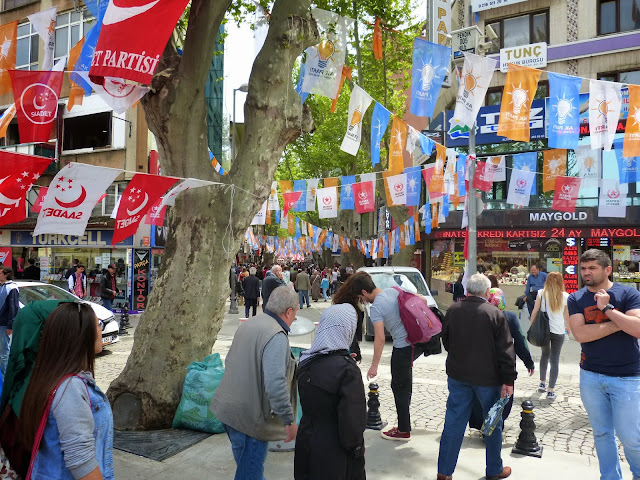 I happened to wander out of Pendik station on the southern side and was greeted by hordes of Turks enjoying a Sunday afternoon out in nice warm weather. There was no sign of any buses and I found that they all were on the northern side of the station. I hopped on a 16D bus which joined the traffic jam that extended all the way to the Bosphorus. It took quite a while. 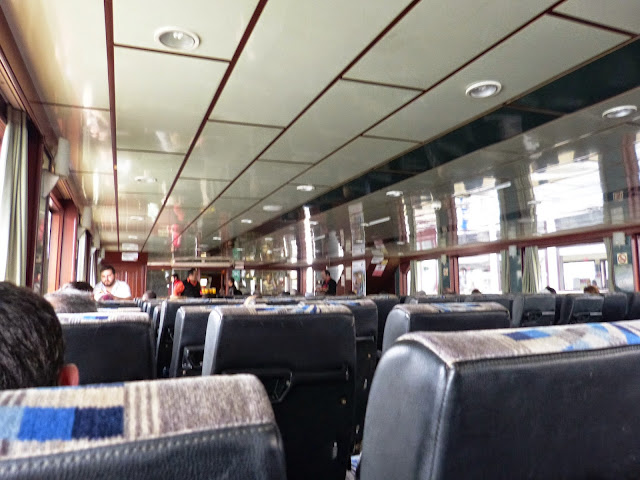 Eventually I arrived at the ferry and found one going to Eminonu, not too far from my hotel. 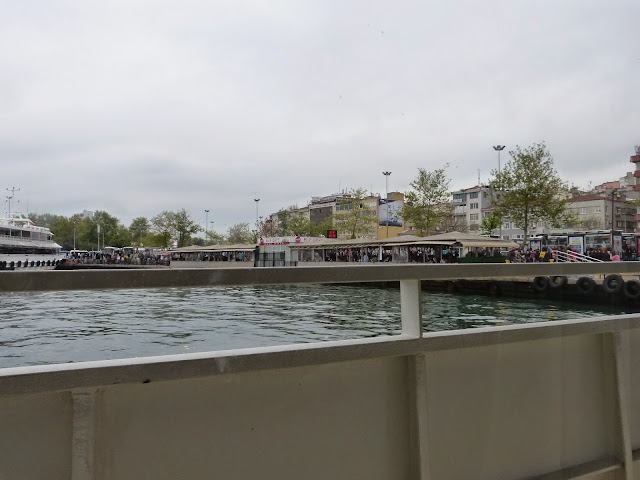 Haydarpasa Station. The future of this grand old station is not clear. 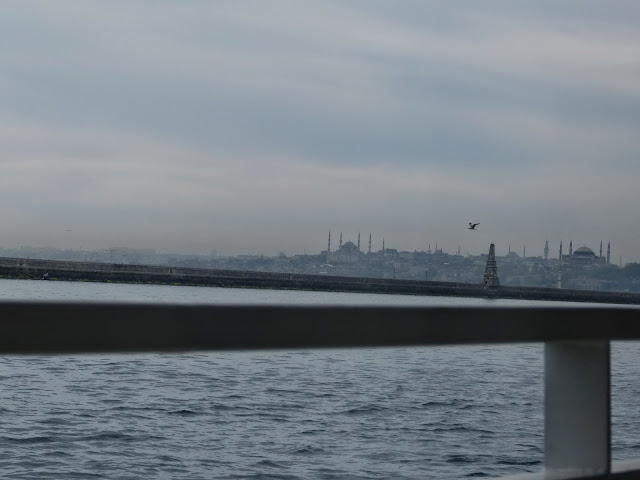 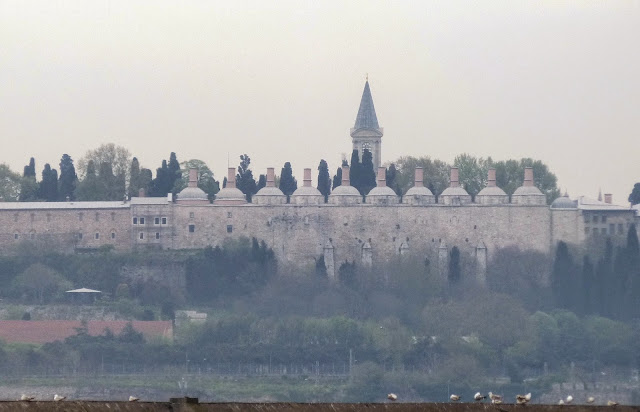 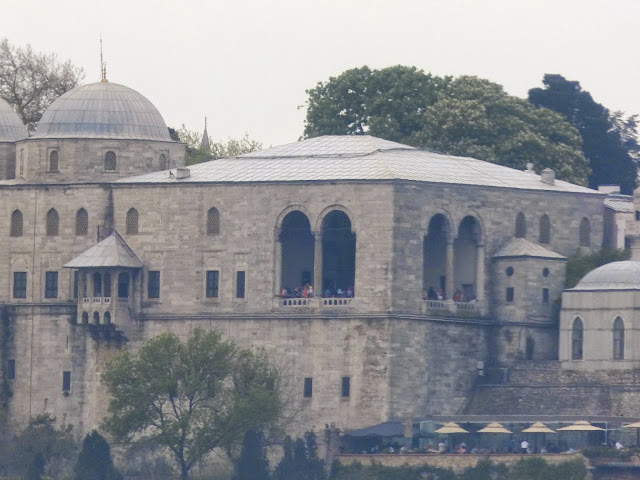 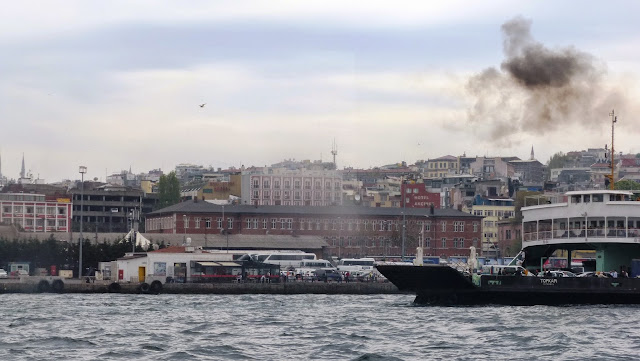 Arriving at the wharf.