Xmas lights at Cape May, NJ

It's been a while since I posted, largely because we haven't gone anywhere. However, we have been doing an asynchronous house exchange with a couple from Dunedin, New Zealand for the past week and while they are in our house, we are up at our house in NJ.

Last night we went out for a tour of the Christmas lights in the local area and also down in Cape May. It was about freezing and windy, so most of the photos have blur, but why not post the results. 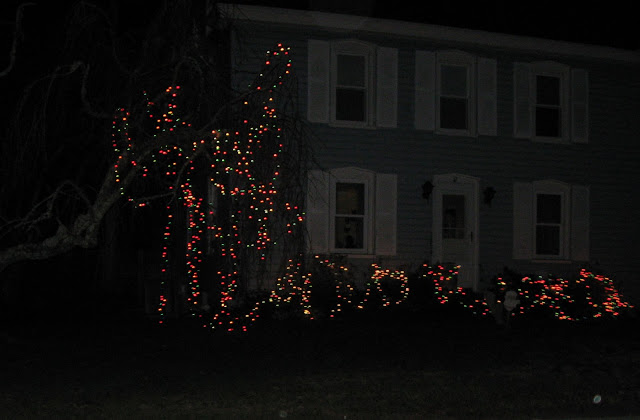 One of the local houses. Not much, but better than what you would find in driving around in Athens, GA for a couple of hours at this time of year. 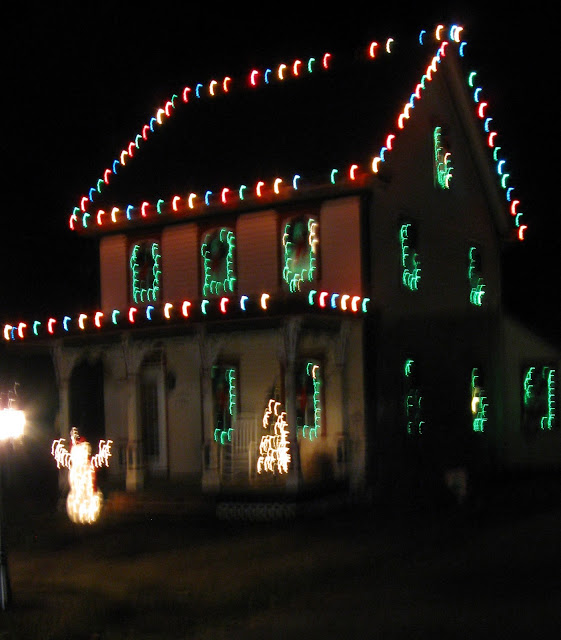 This house, Meerwalds, used to be one of those extravaganzas where people would come from miles around to gaze at all the lights. It's much reduced now.

The blur actually helps with some of these photos.

The blur really helps with this photo. In fact it is the dashboard of the car. Just making sure you are paying attention. 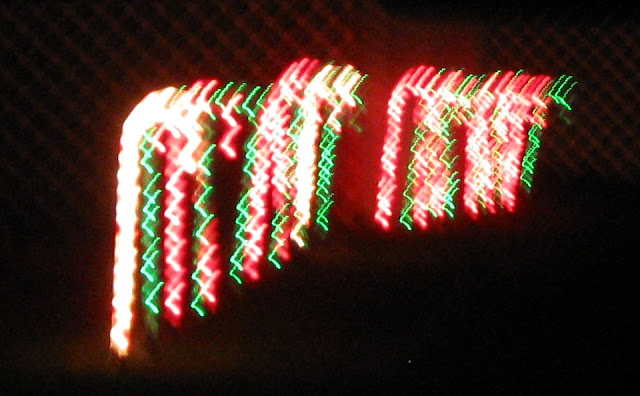 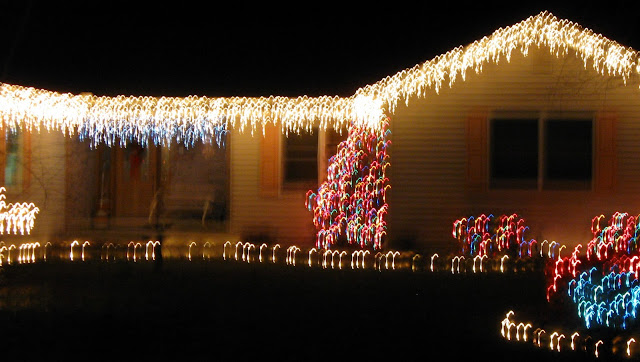 A typical bunch of lights. There seemed to be more blue lights about this year. 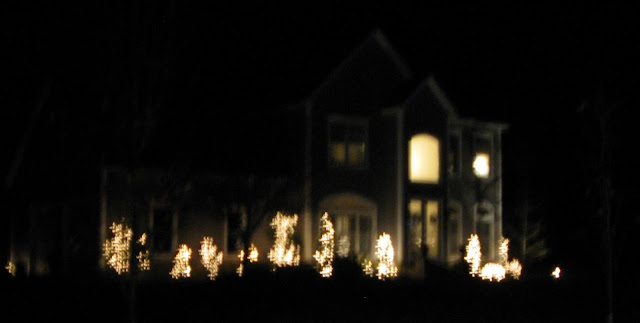 This collection of lighted trees was different. 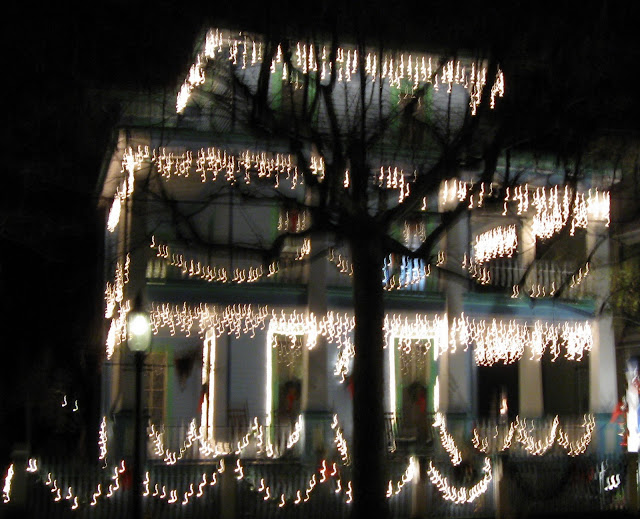 Down in Cape May, many of the mansions were decorated, particularly in this street. 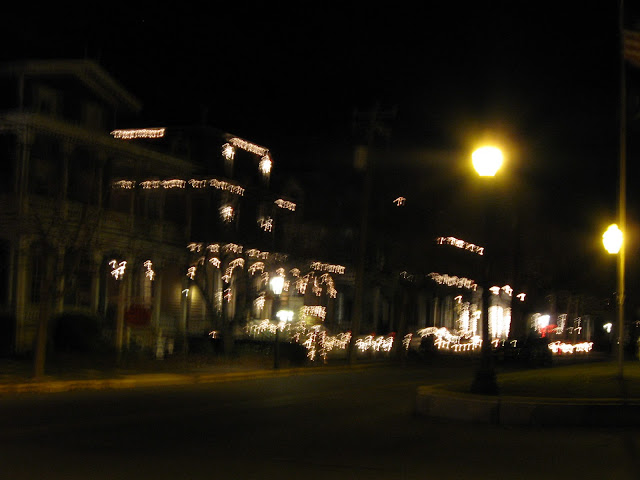 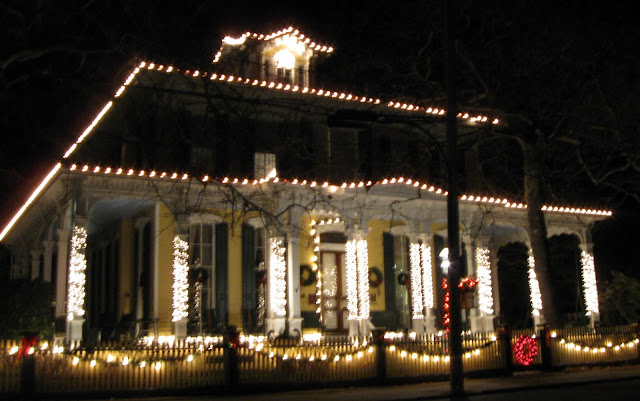 This set of lights became more effective because they lit the house as well. 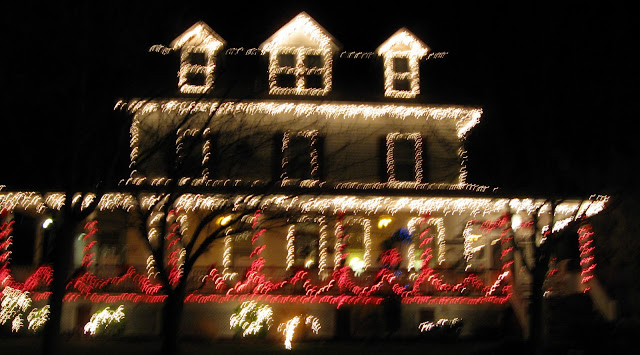 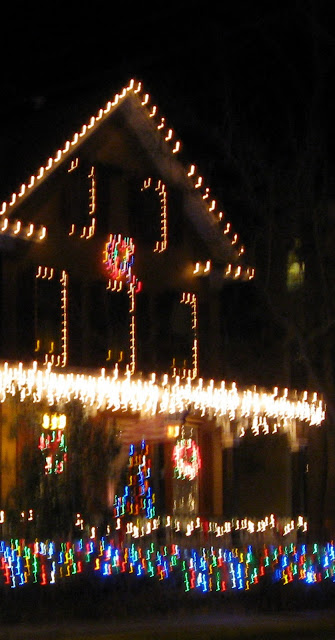 I've never been tempted to put up Christmas lights on our house, but if I did I would try to put rings around our round house that would go around and around and up and down. Quite nauseating.

By the way, not having lived in Australia for many years, I don't think Aussies go in for the lights too much. Possibly it's because the days are long at Christmas, particularly further south.
Posted by Ray Perry at 3:21 AM 1 comment: