Snow and some deer

We have had a few snows this past season. Fortunately none of them have been all that large with the most about five inches. I woke this morning to see more white on top of the three to four inches we had earlier in the week. 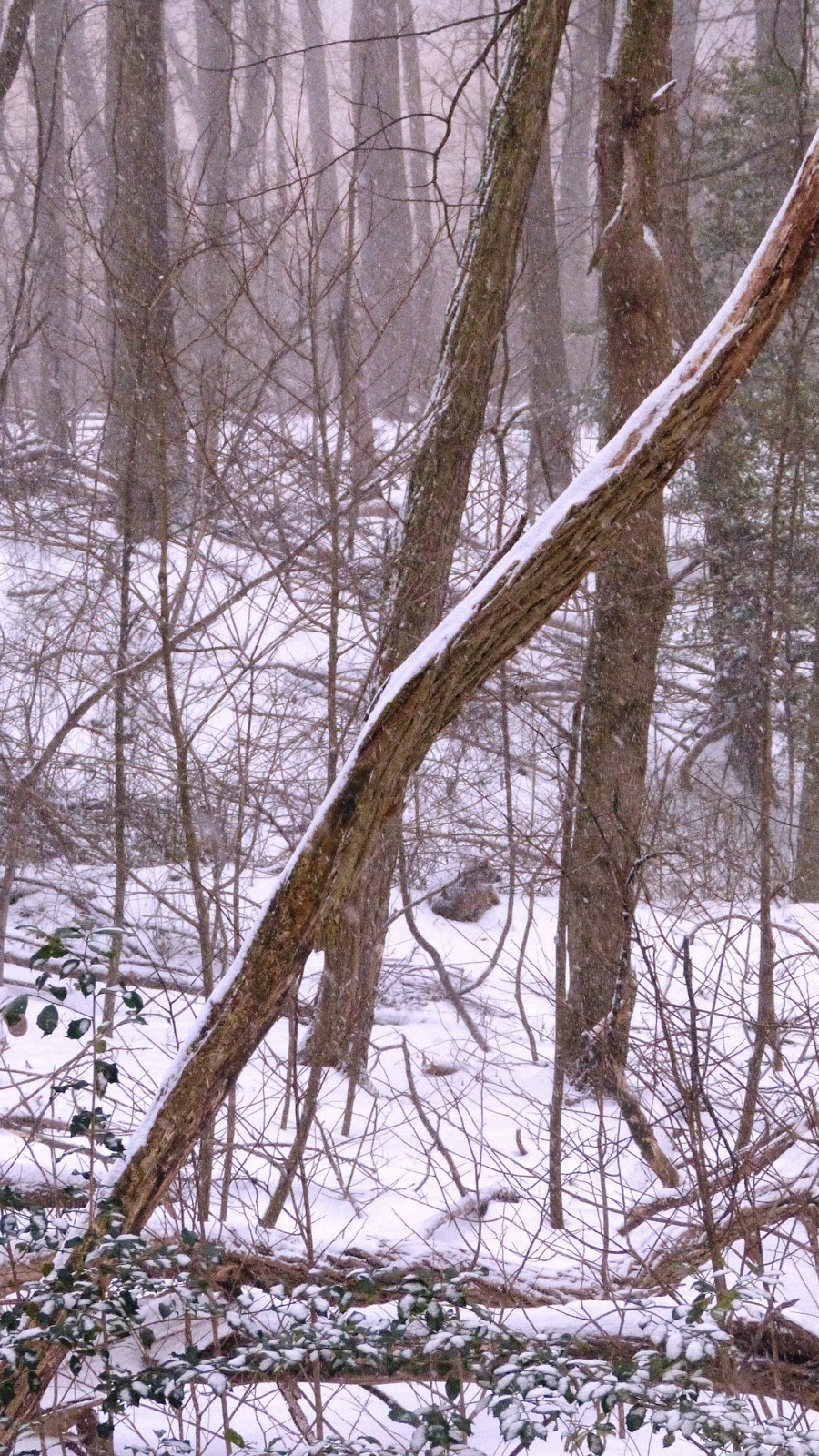 Can you notice the deer in the center of the photo. 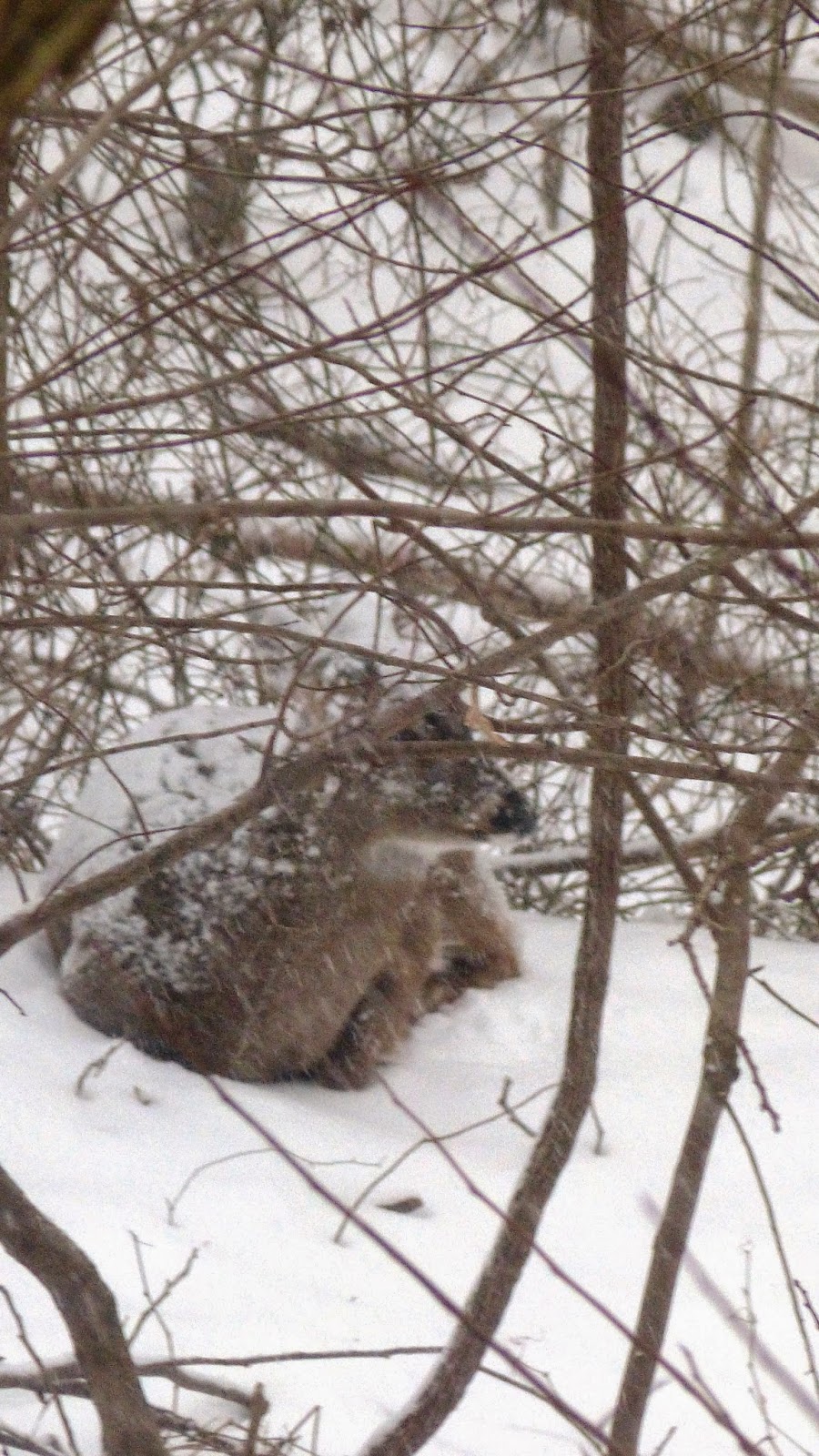 Here she is through the zoom. 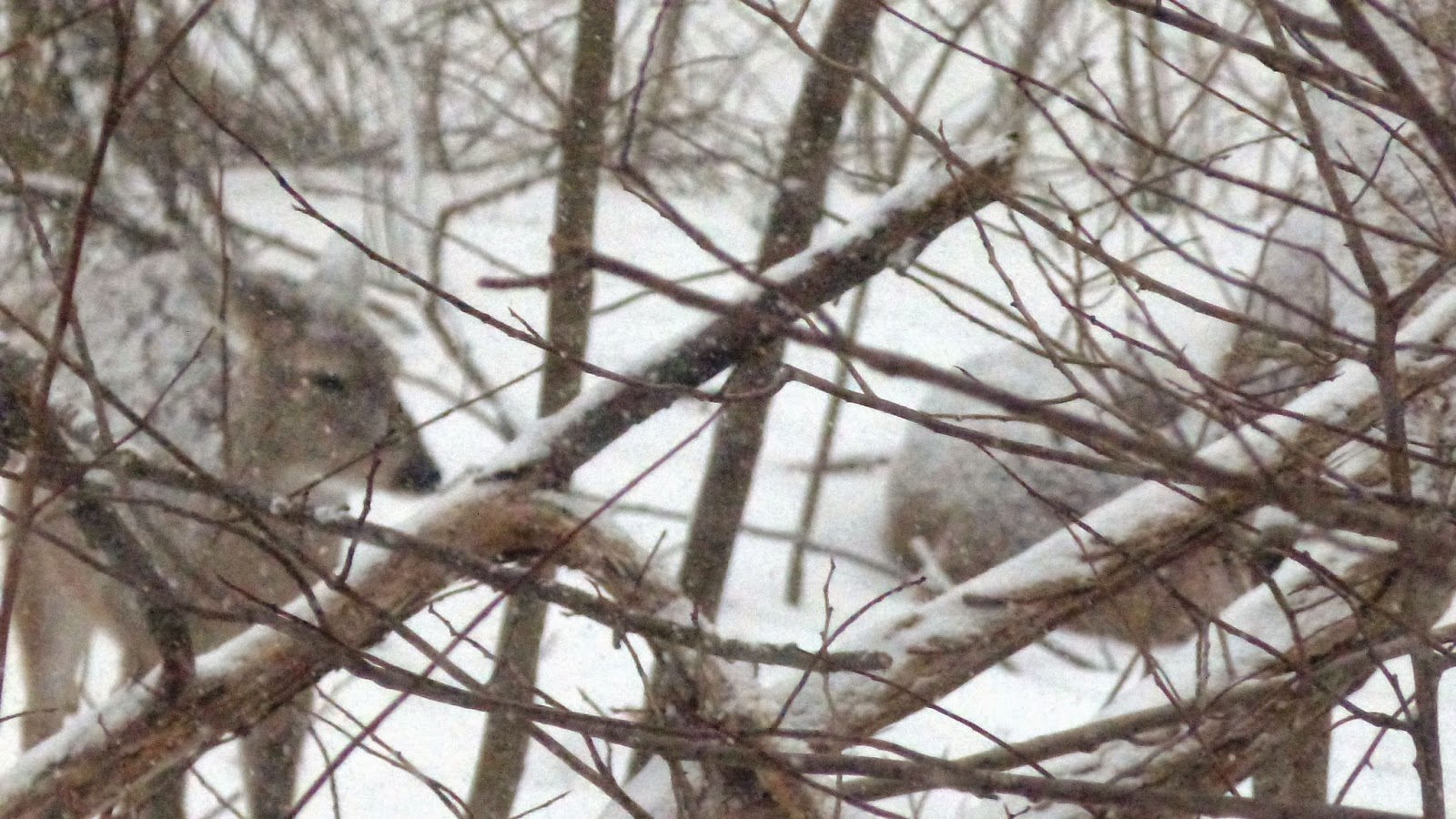 It must be cold and miserable but then they are built to survive it all. 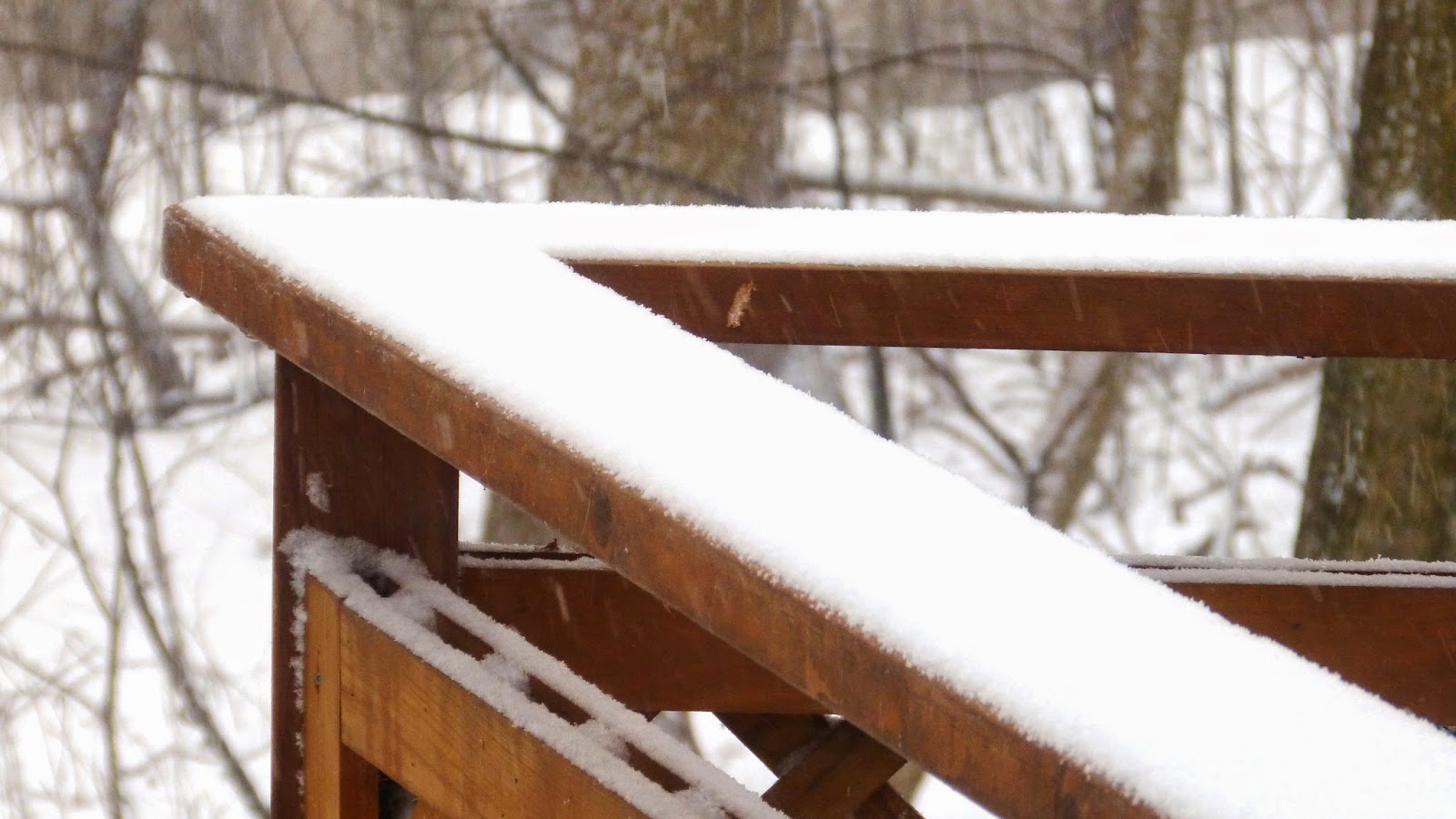 My snow estimate is based on how much builds up on the railing. We are supposed to get about an inch today. 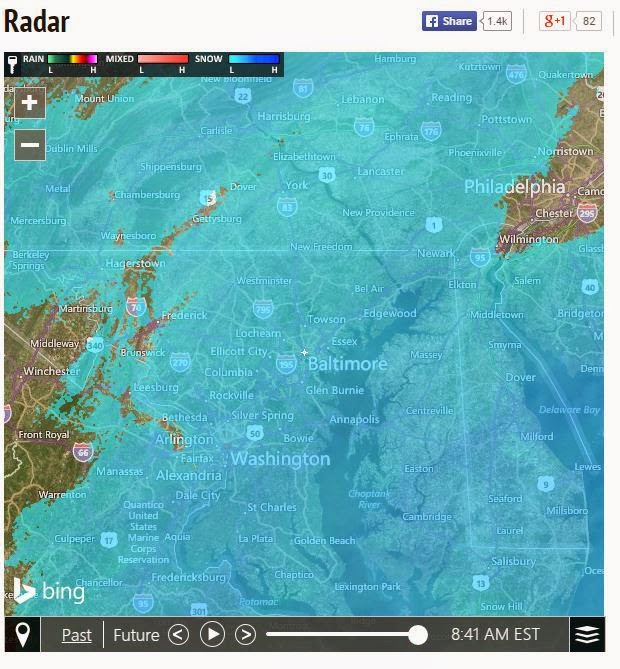 The radar map from WBAL. Our house is at the southern tip of the peninsula that sticks down into the top of the bay. Since the snow is moving from south west to north east, I suspect we might get another inch.

By the way, if you use Windows and need to capture an image of what is on your computer screen, try using the Snipping Tool that Microsoft now supplies. It is much easier than the old 'print screen' method of screen capture. 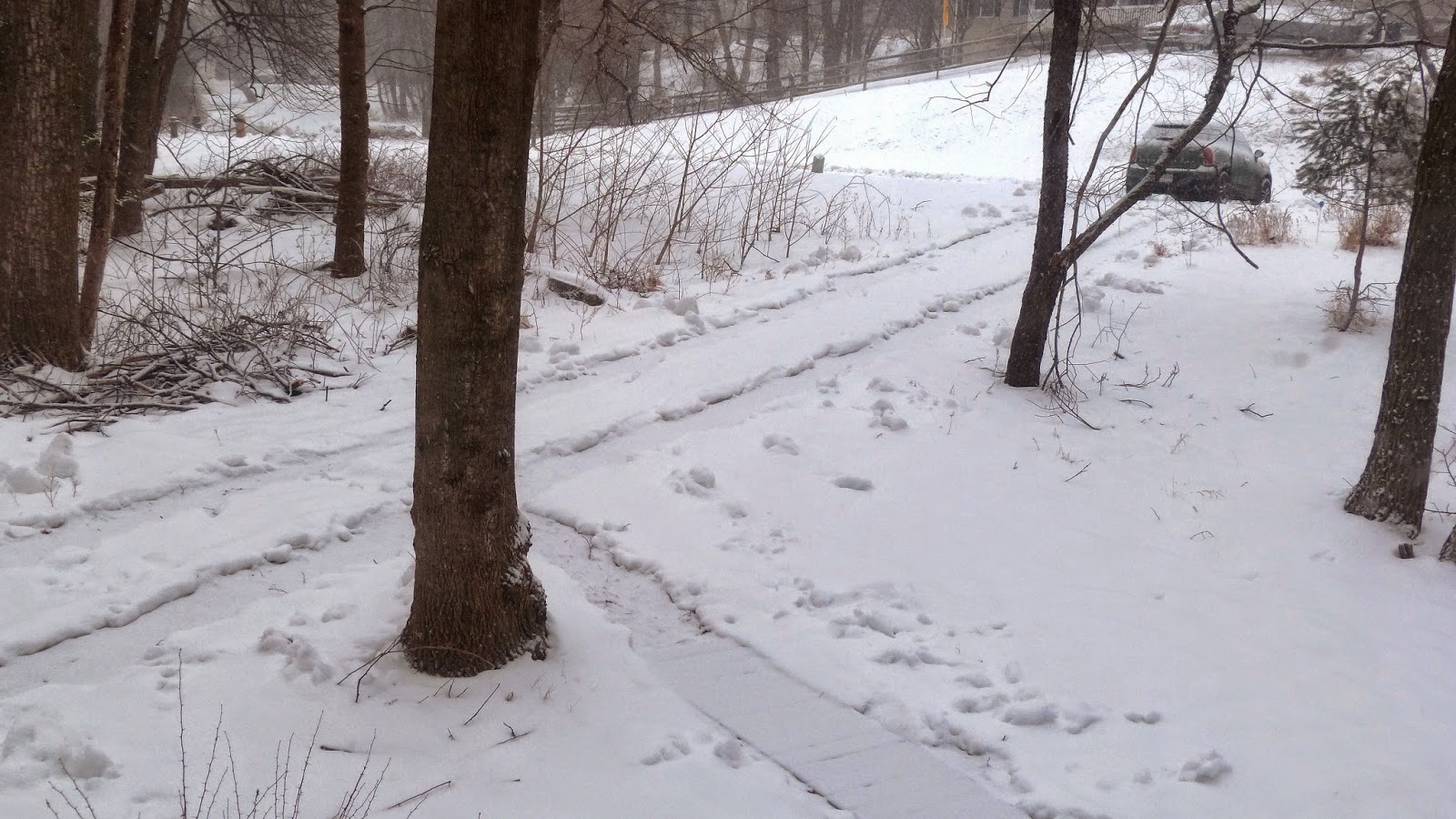 I mentioned that we already had three to four inches and so the snow is now filling where Marianne and I had already shoveled. Oh joy, we get to do it again. 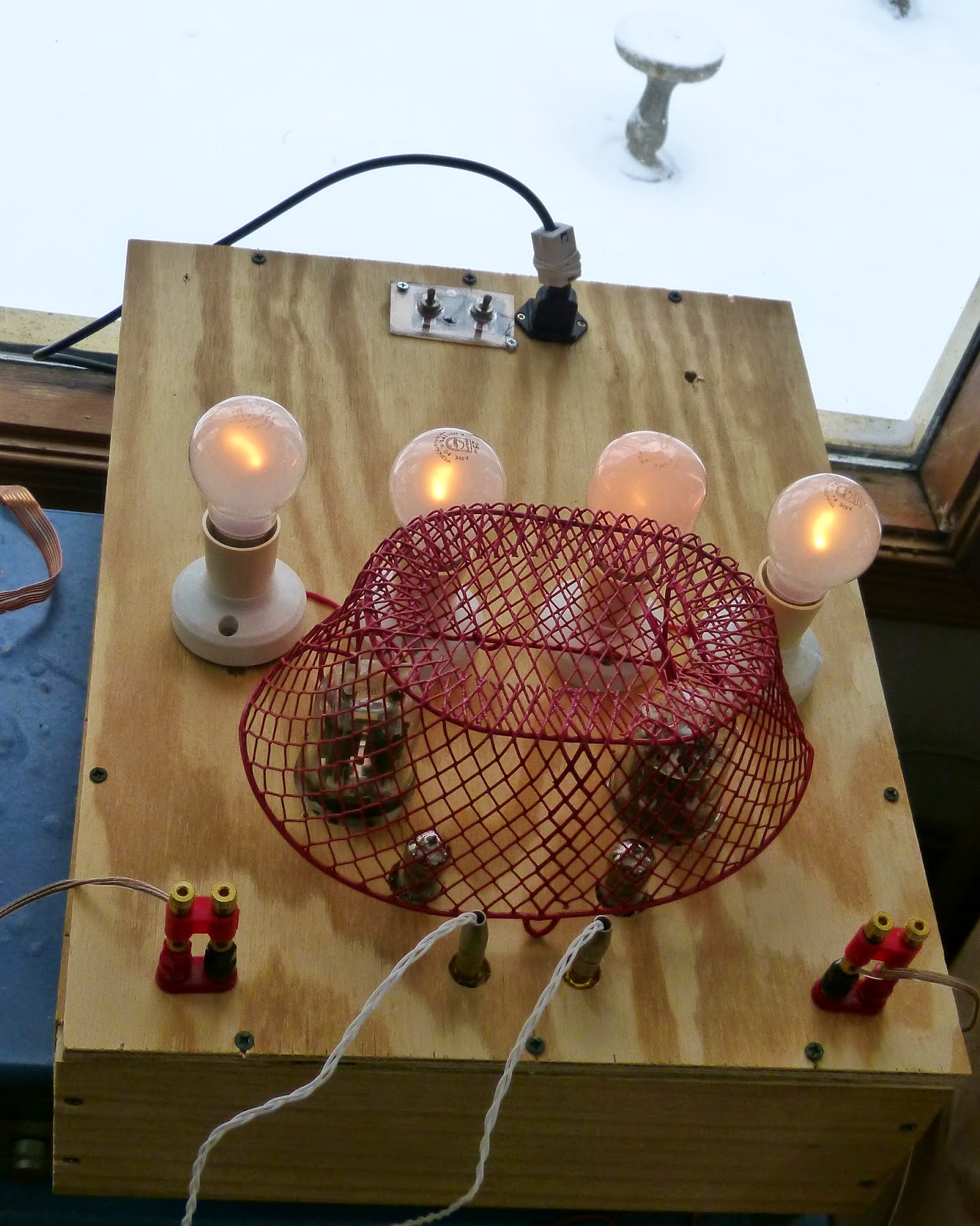 Finally, I have rehoused one of my old amplifiers in a new box designed to keep Catty-Watty away from the dangerous bits which are hidden under the red wire basket from Dollar Tree. The light bulbs act as resistors. Yes they carry high voltage but she can't touch it. 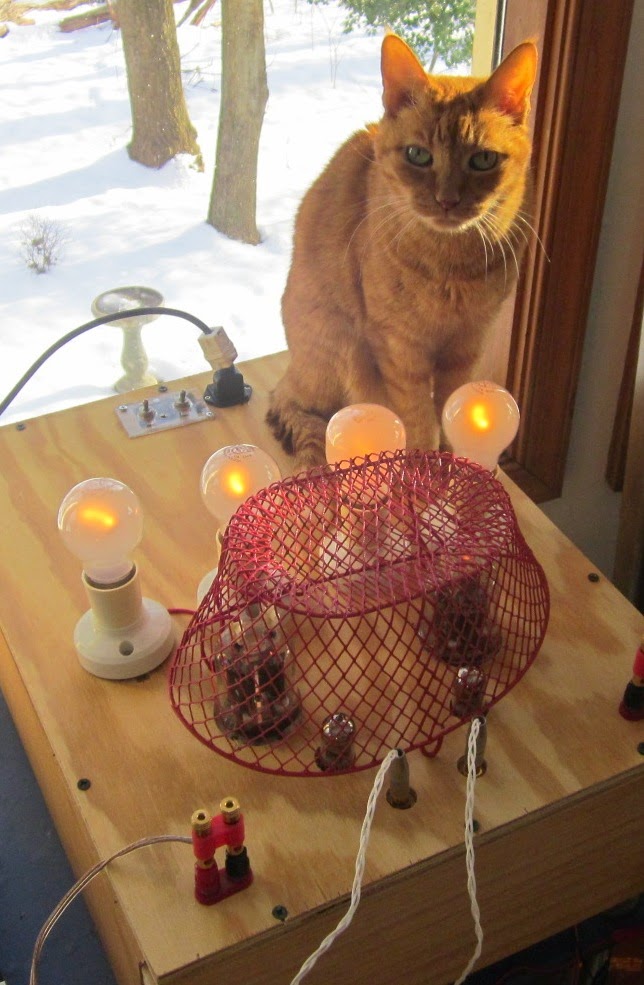 Of course she had to get up to investigate. 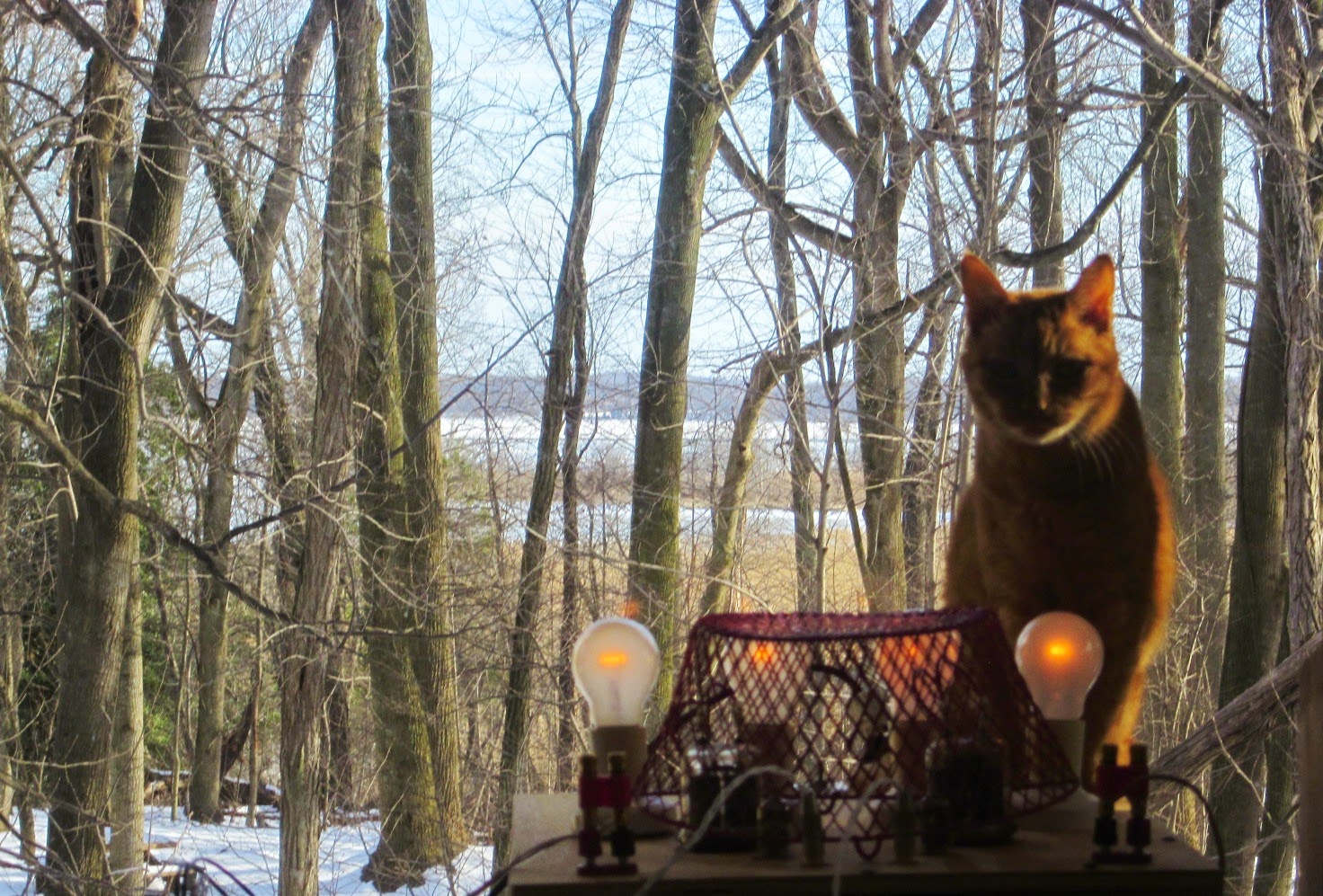 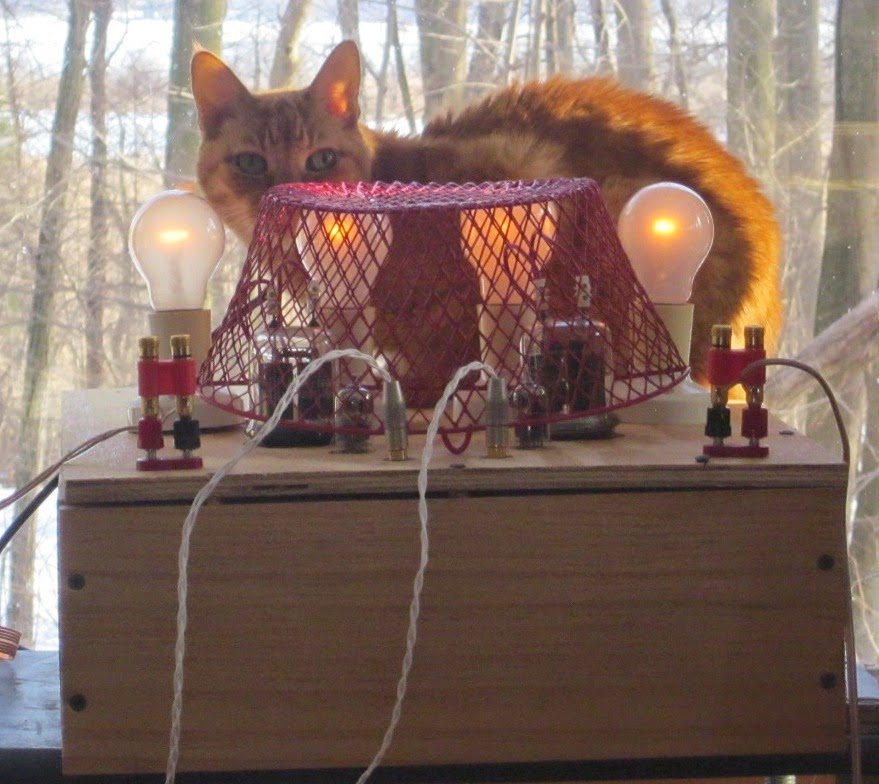 She likes the heat. By the way they are 25 watt 240 volt light bulbs from Australia but are only producing about 10 watts each. Each bulb is the equivalent of a 2300 ohm resistor. Those of you who studied physics should be able to work it out for yourself.

A bald eagle makes an appearance

Since our house is surrounded by trees and backs onto a State Park, we see lots of birds. This afternoon I happened to look up and noticed the white under tail of a very large bird that was coming into land on a tree. 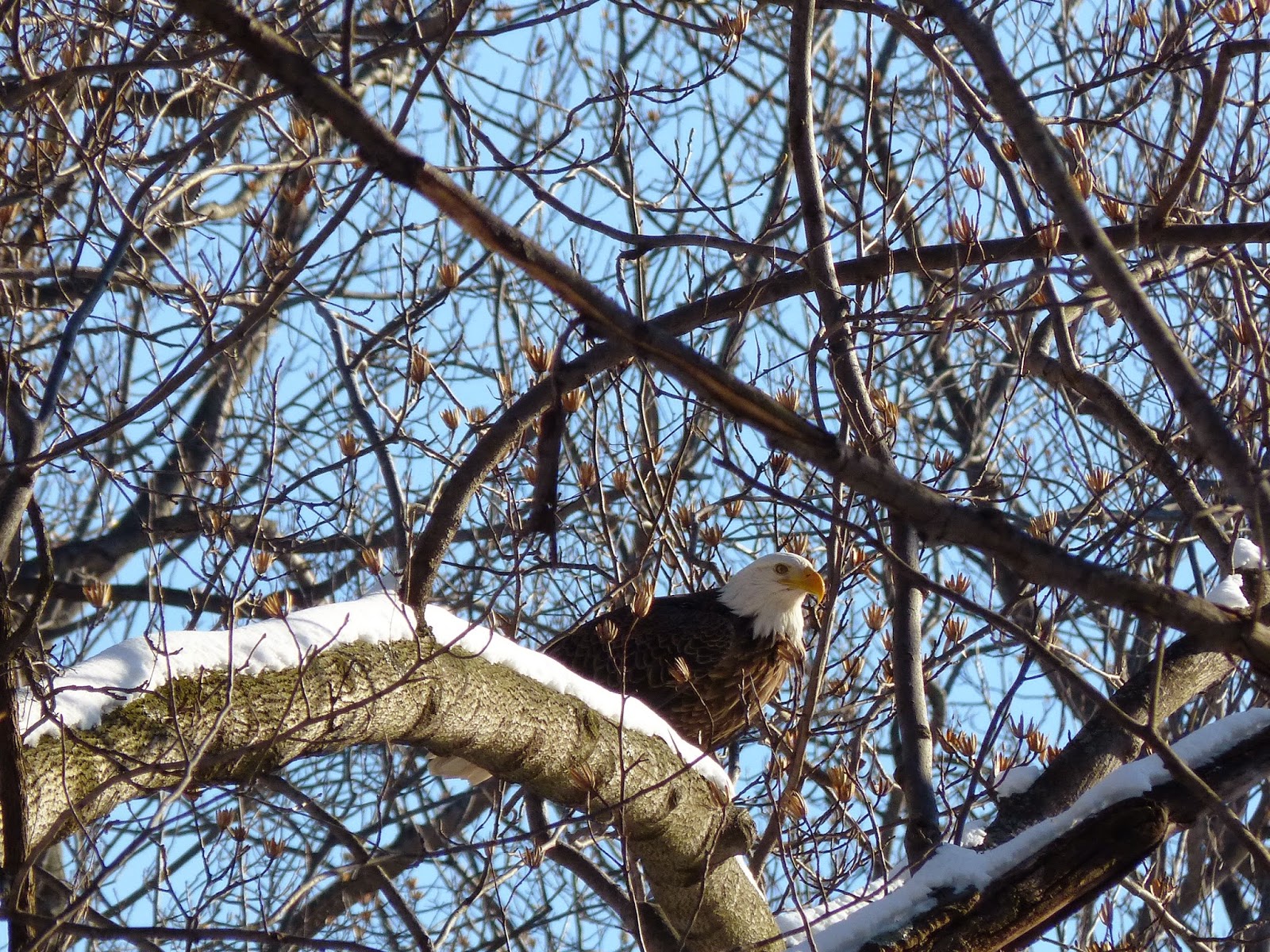 I then noticed the white head and raced off to find the camera.

The Bald Eagle is the national bird and was endangered until the late 20th century. 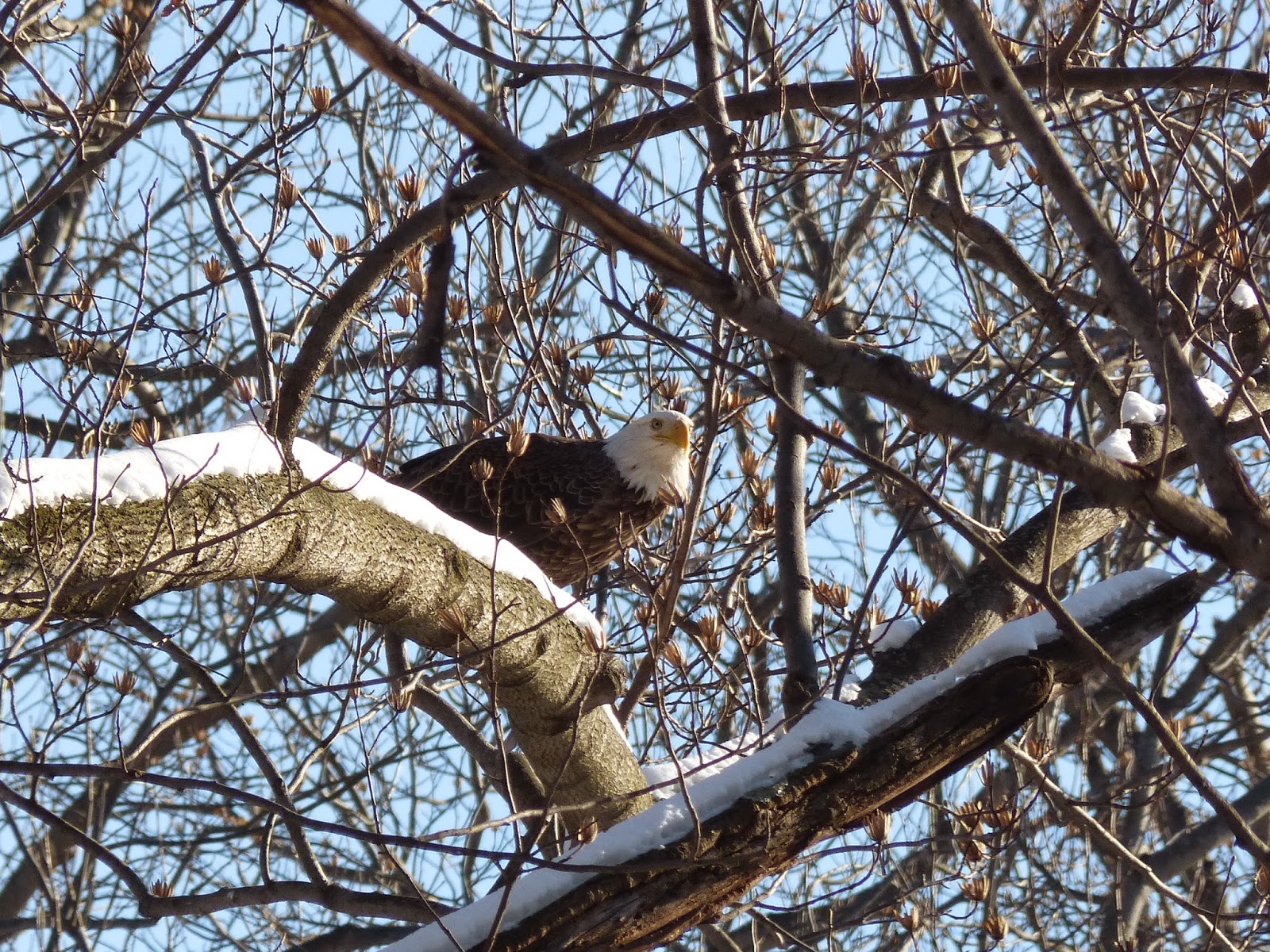 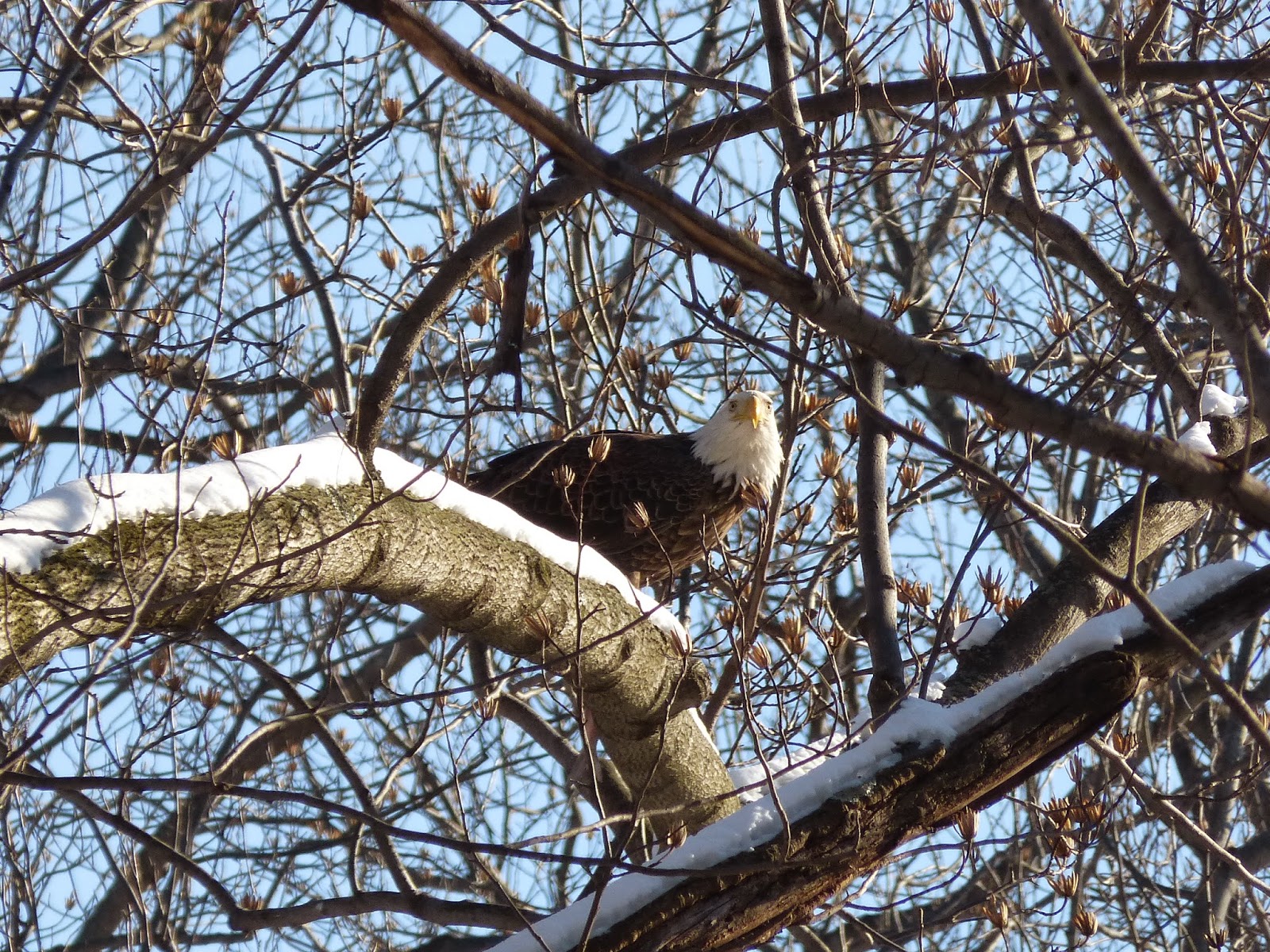 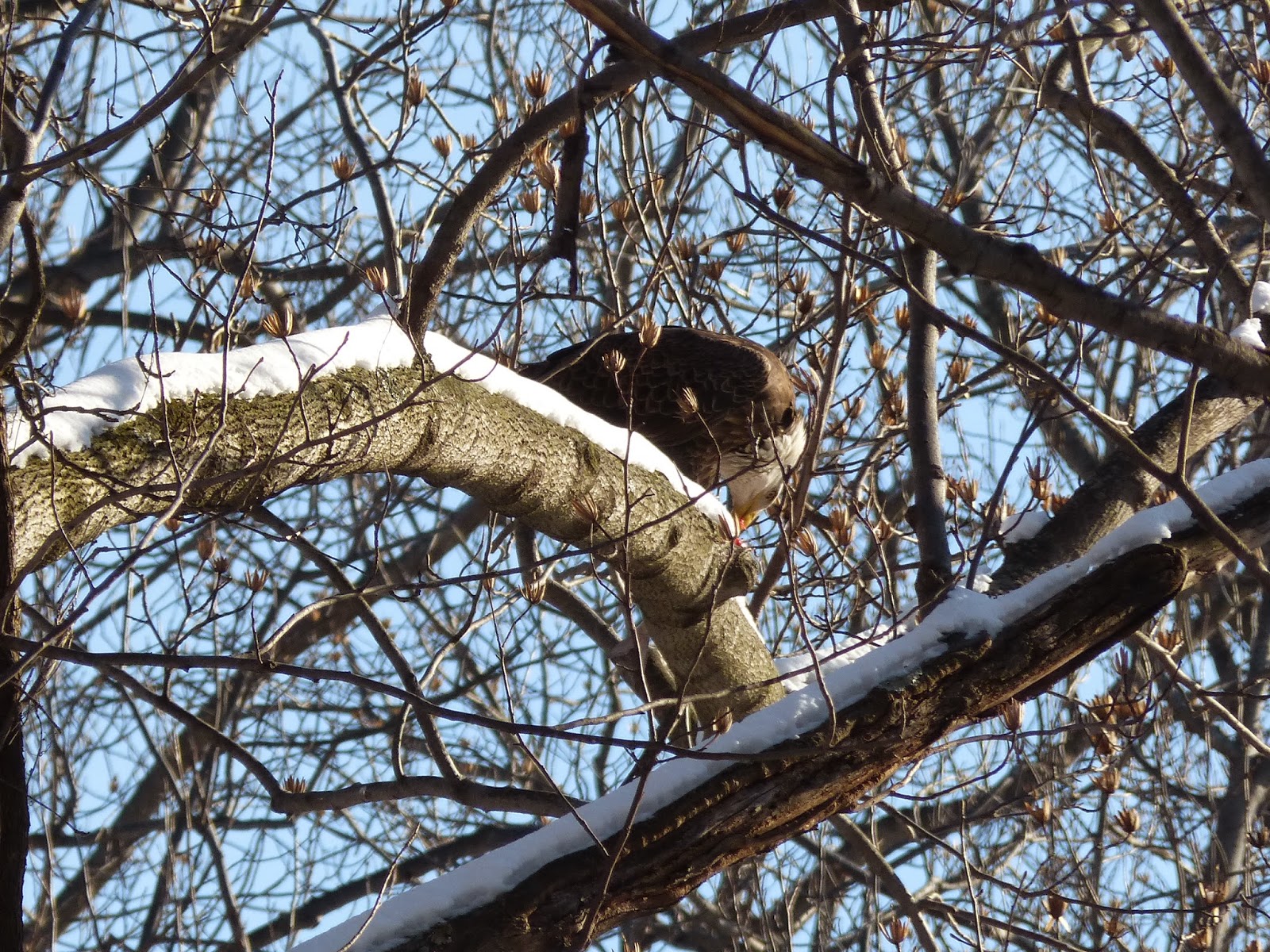 It was having a good feed and dinner took about ten minutes to eat. 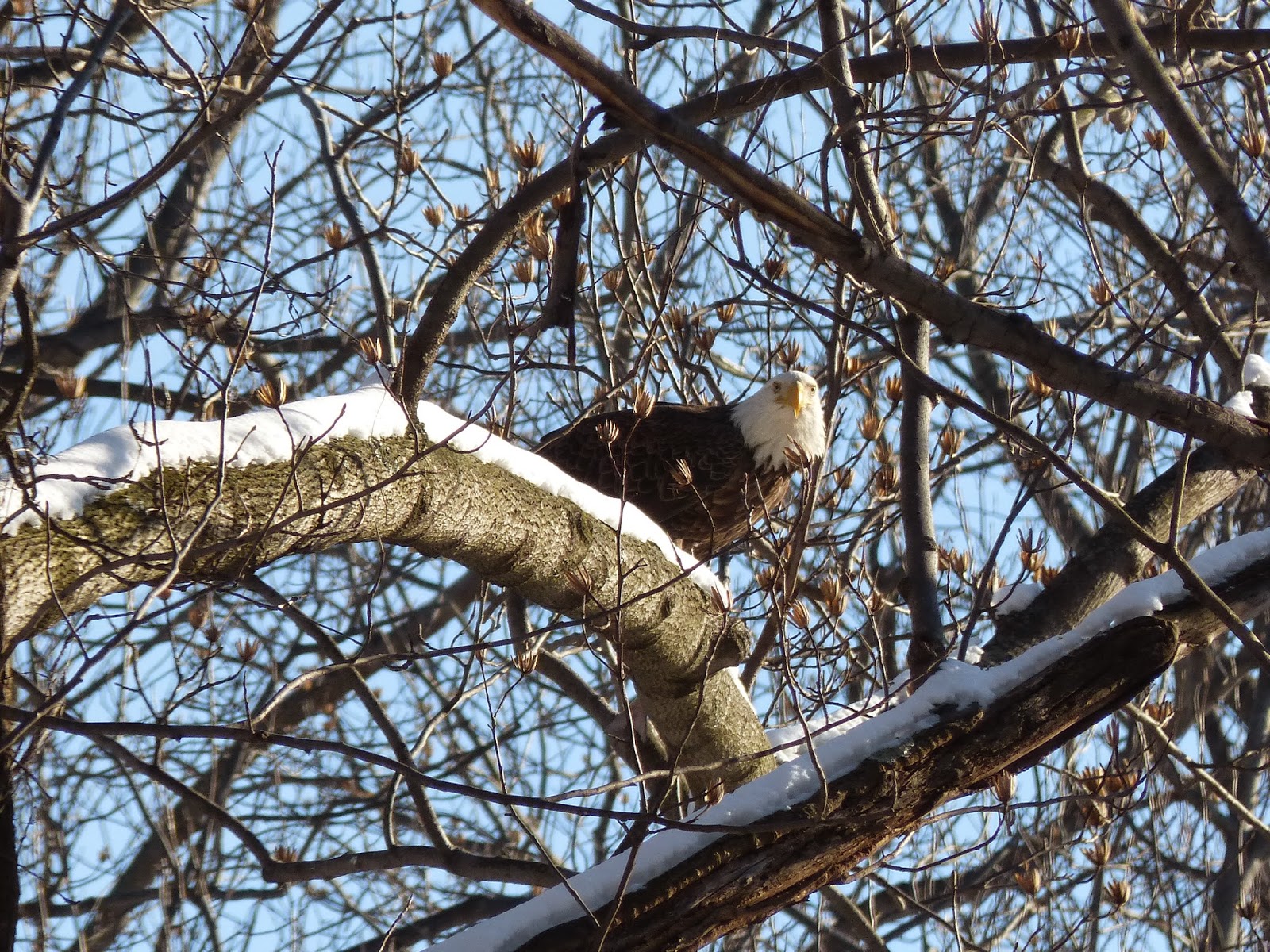 I had seen another bald eagle land in roughly the same position some years back but that was in summer when the leaves obscured the view. No problem today with a bright blue sky after the 4 inch snowfall the night before. 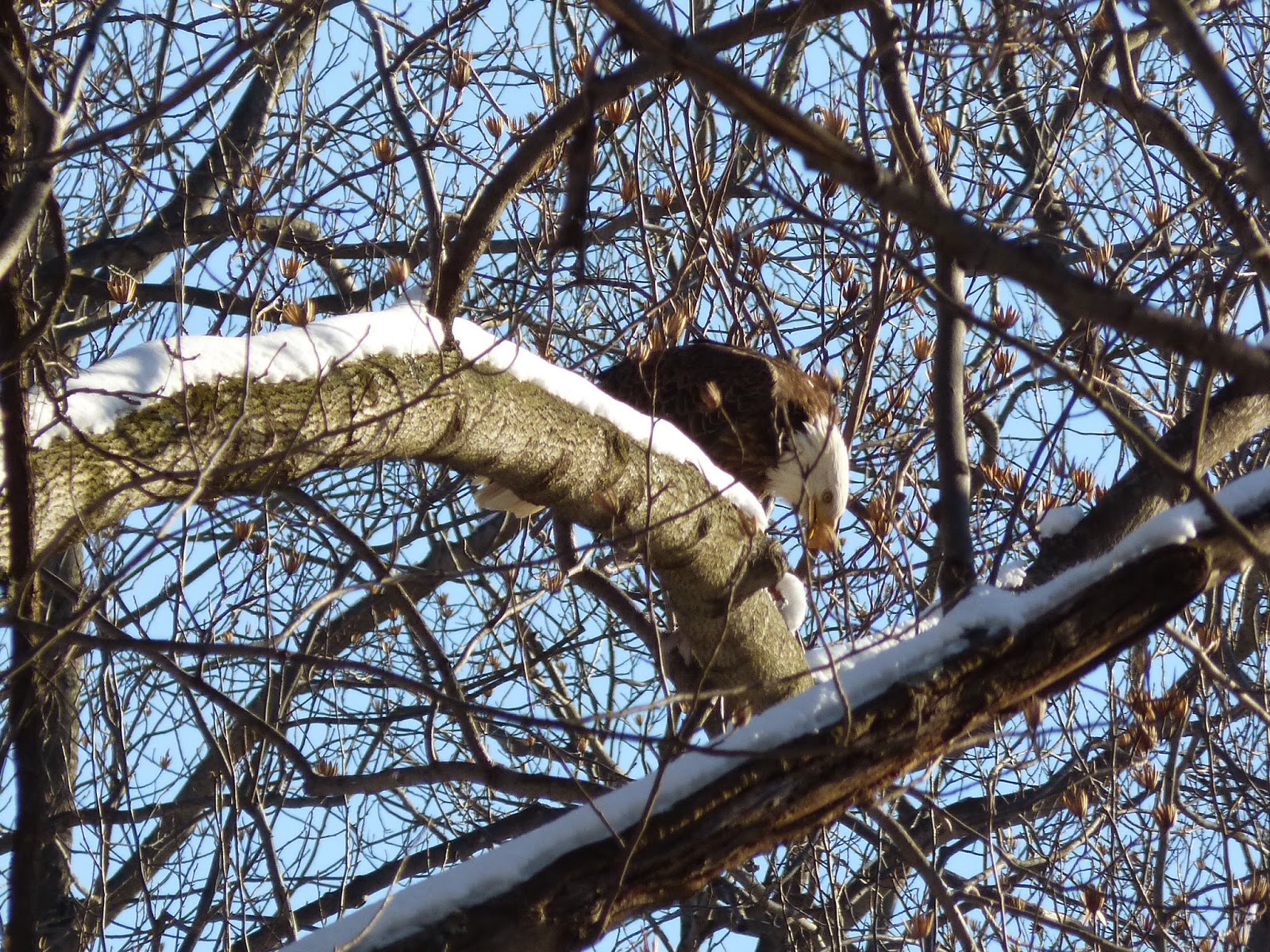 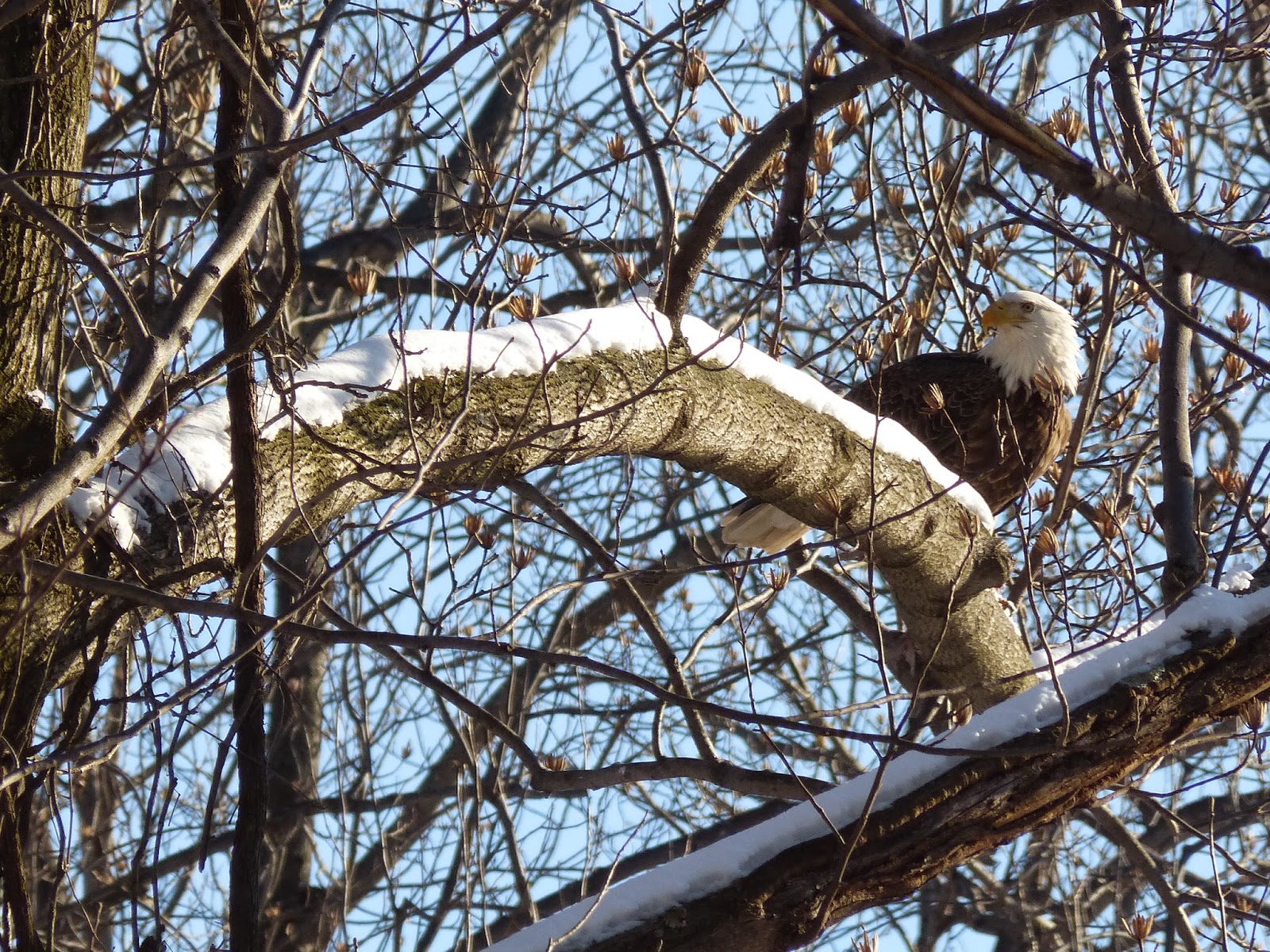 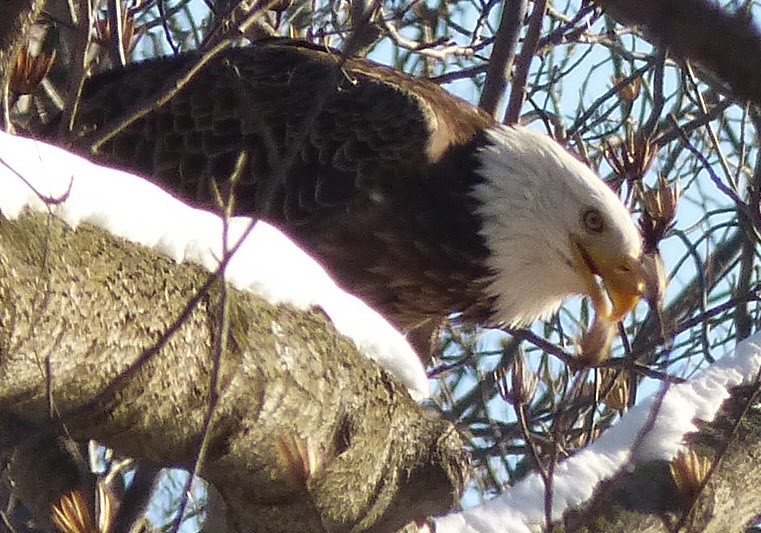 It eventually flew off. The wing span is quite large.

There is a colony of bald eagles near the Conowingo Dam and it is common to see photographers with huge telescopic lenses waiting for a glimpse. There is a small colony just to the north of our community and this bird probably belonged to that group. I just sat on the sofa. 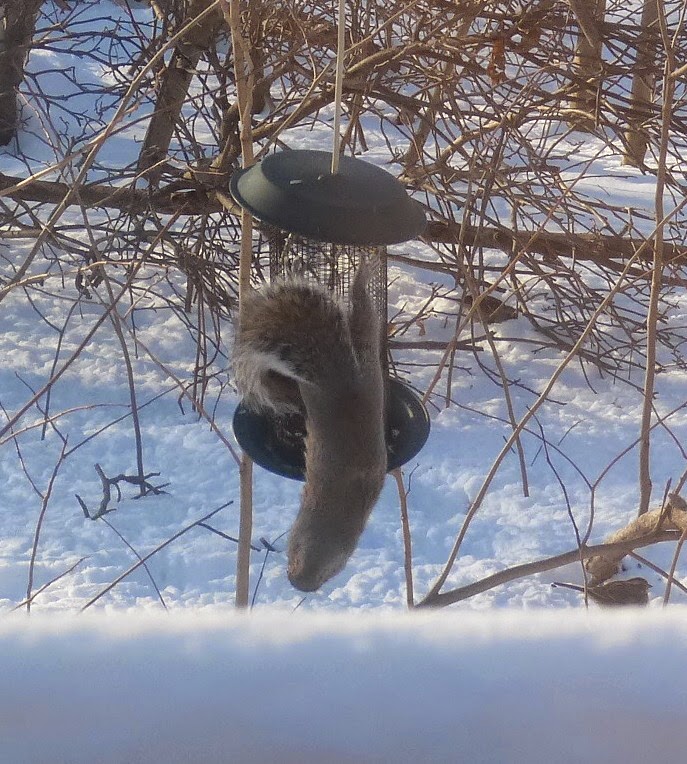 It was not interested in a tasty squirrel attacking our bird feeder.