Thoughts on the trip

Our flight from Sydney to Dallas was long but uneventful. I watched four films. 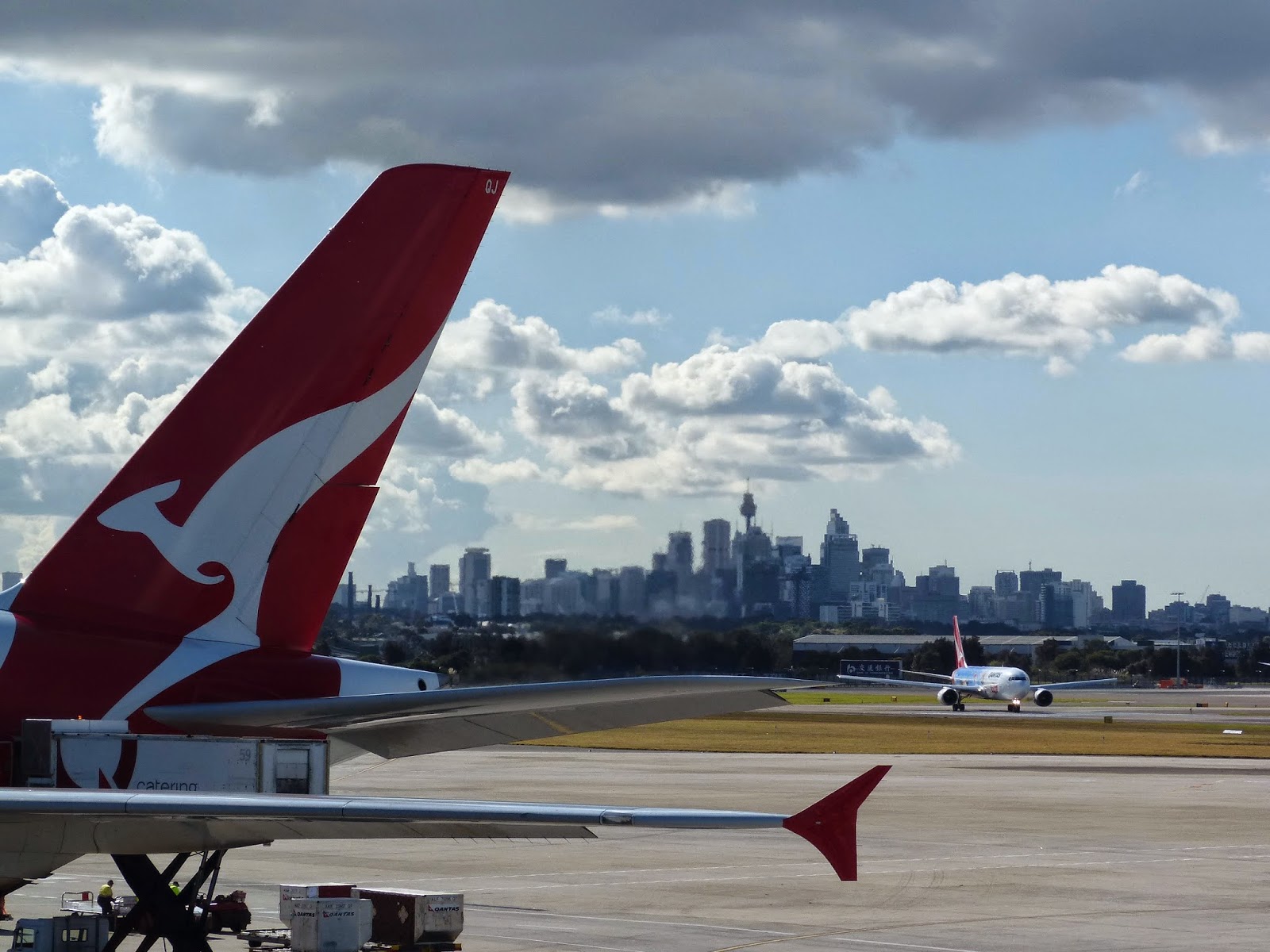 At 15.5 hours, QF 7 is the longest regularly scheduled flight in the world. Each time we fly Qantas, we find that something is missing that used to be standard. This year, I noticed that we no longer were given the bag with the bottle of water, the tooth brush and the sleeping mask. The staff are still friendly and efficient, the food and wine were fine and I enjoyed my glass of Bundy rum and ice.

Immigration at DFW now has passport scanner machines for US and Canadian  passports. It reduced the time waiting to have your passport inspected significantly and there were no long lines for US citizens. Unfortunately, all that time saving becomes wasted when you have to line up in a very long queue to exit through Customs. There was only one desk operating for all US citizens and every person had to have their passport and custom form inspected.There was a separate long line for non citizens.

I traveled around the world in 84 days, which is four days longer than the days allotted in Jules Verne's novel. It was good to stop living out of my bags and to sleep in my own bed. However, I do miss being able to go out every day and see stuff that I had never seen before. It's mentally very stimulating.

I wore out some of my clothes on the trip so I have been ordering some new travel clothes. I just received a new pair of cargo pants from LL Bean. What I really like about them are the buttons on the cargo pockets which are perfect for storing your passport and other valuables. The buttons make it difficult for pick pockets since it's difficult enough for me to get at anything in the pockets. It's a lot more convenient and comfortable than a money belt and I think I will get another few pairs of these pants.

I've been going through the blogs on a laptop with a big screen and the quality of some of the photos really impresses me. When I create the blogs, I don't get the full effect on the small screen of the netbook I take with me. All I can do on it is crop, adjust the exposure and try to straighten up the tilted photos.

So nothing big is planned for quite a while now. We have arranged exchanges near Leipzig in Germany and Selestat in France for July and August next year. It's time to get back to listening to classical music on my hi-fi system and also building amplifiers.

Catty-watty has been glad to see us but I do miss the dogs in Sydney.