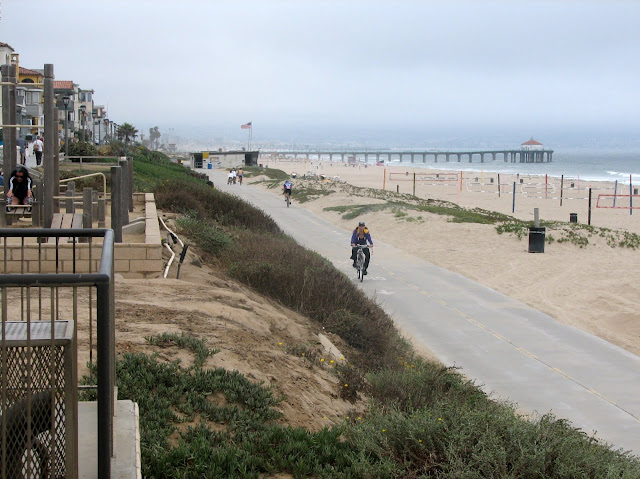 After leaving Carlsbad, we drove up to LAX via the inland route and visited a winery in Temeculah. It was definitely a lot warmer with temperatures reaching 95 along the way. We got to LA about 3pm with quite a few hours to kill before the plane left and decided to drive south of LAX. We came across Manhattan Beach. 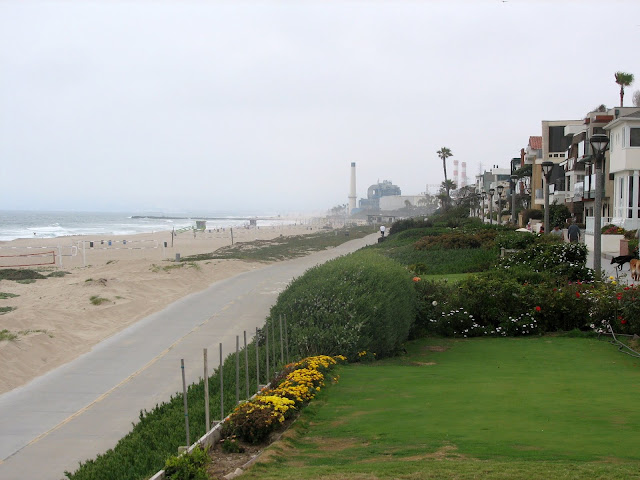 Unfortunately the sea mist had arrived but it was still pleasant to walk along their boardwalk and enjoy the cooler temperatures. I suspect it was only in the upper sixties. 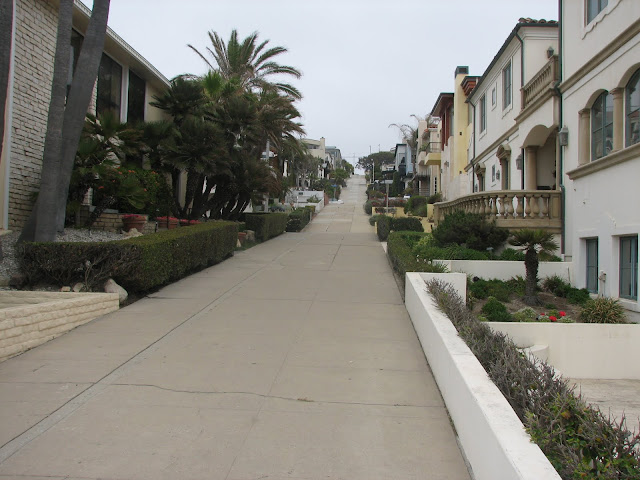 One of the streets leading back from the ocean. 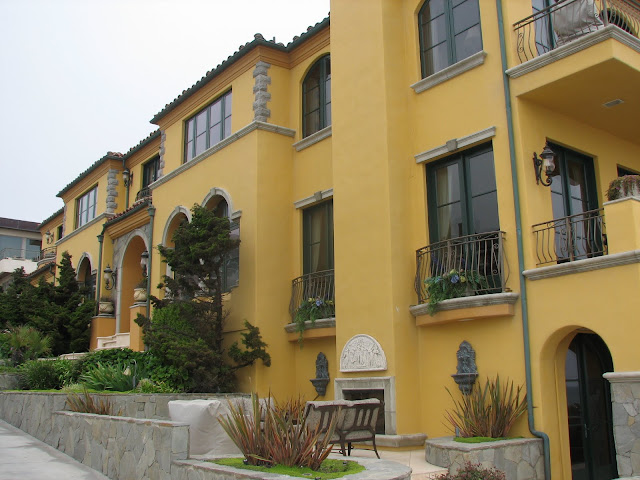 There are quite a number of interesting looking buildings along the way. Prices are astronomical. 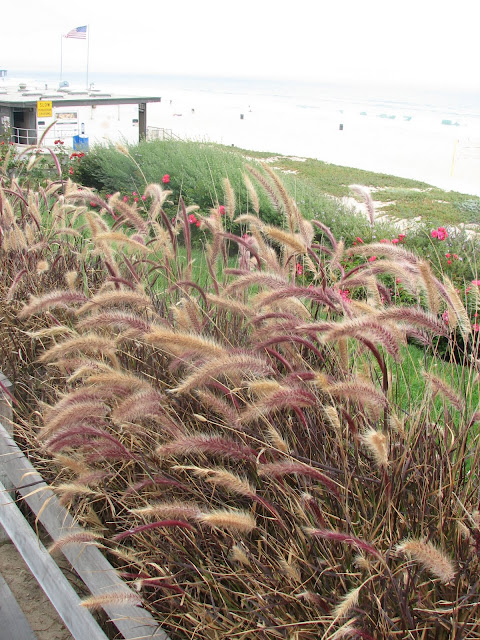 Curiously, there are some gardens between the path and the beach and stuff appears to grow there quite well. The gardens appear to be owned by the owners of the nearby houses. 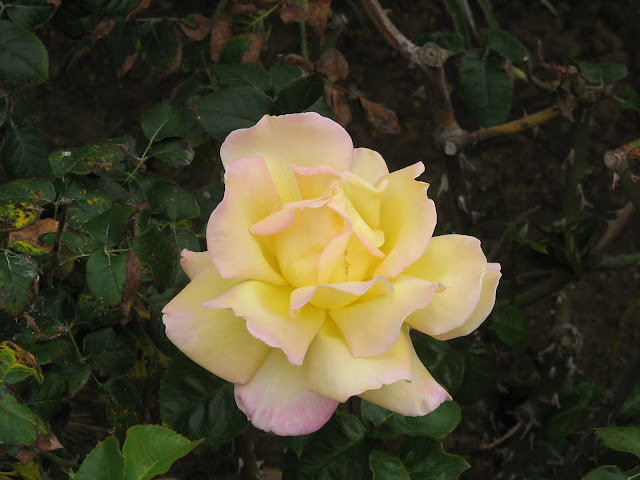 Roses were quite abundant. 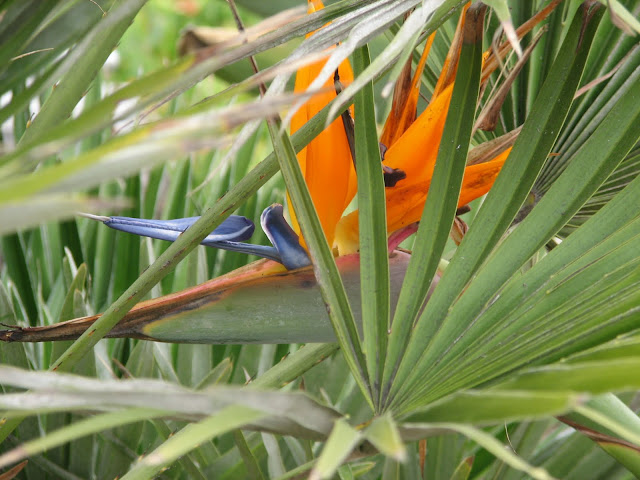 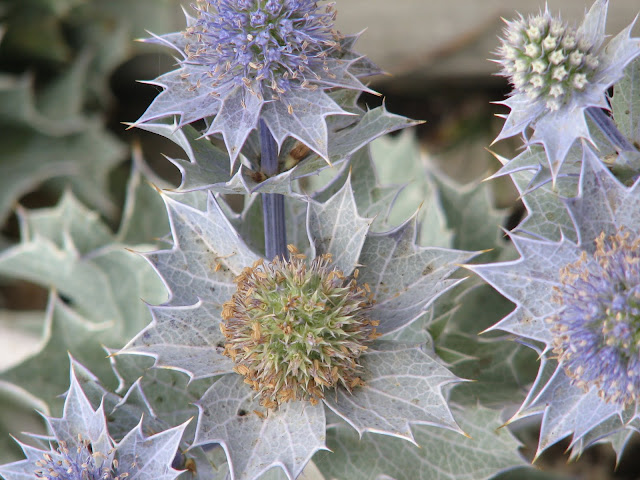 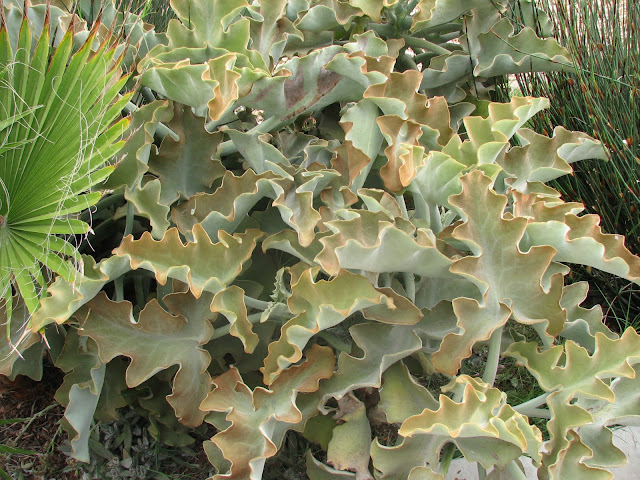 I have no idea what these flowers and plants were, but I liked them. 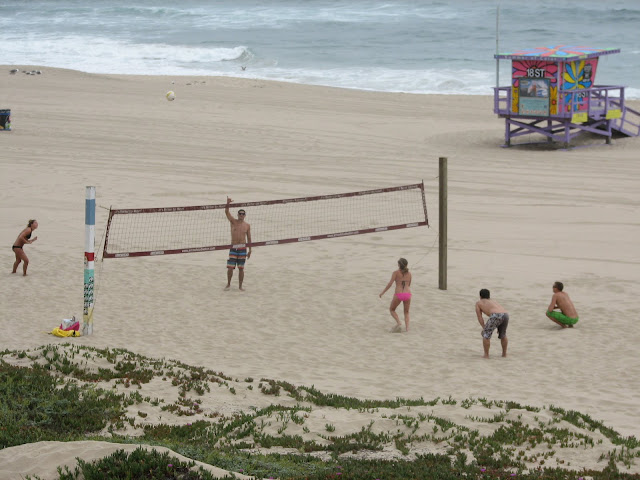 Manhattan Beach calls itself the beach volleyball capital of the world. Certainly the wide and flat beach is well suited to the game. 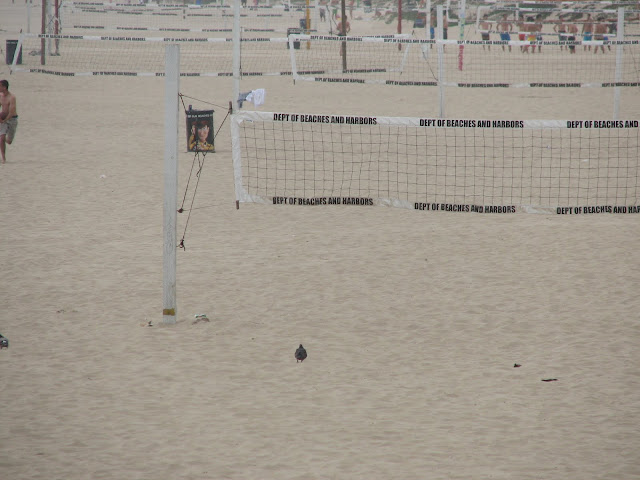 There were courts all along the beach. 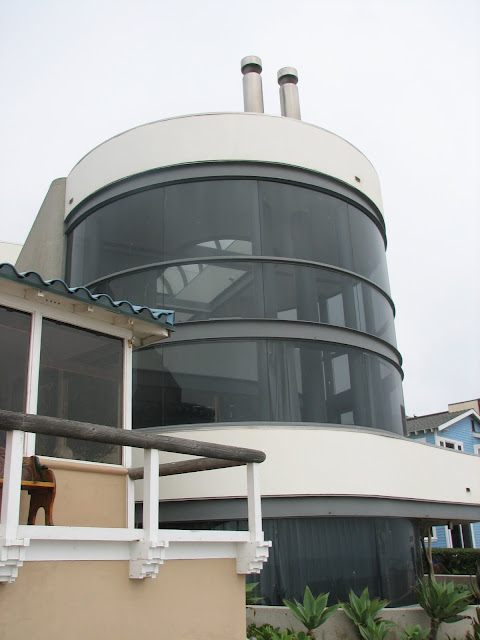 More interesting architecture along the way. 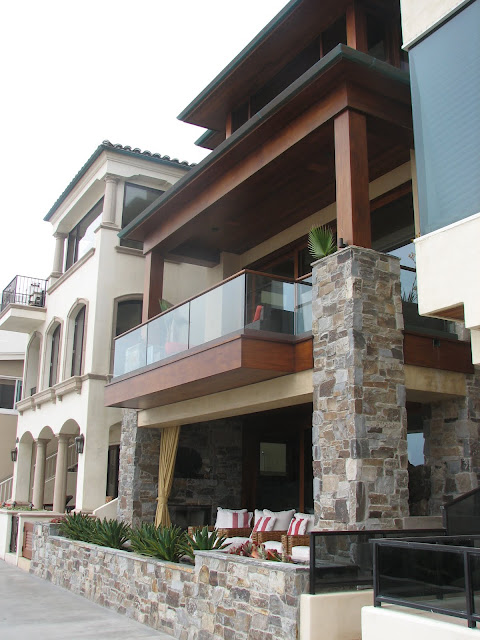 It looks like most of these houses are just used for holidays by the beach. 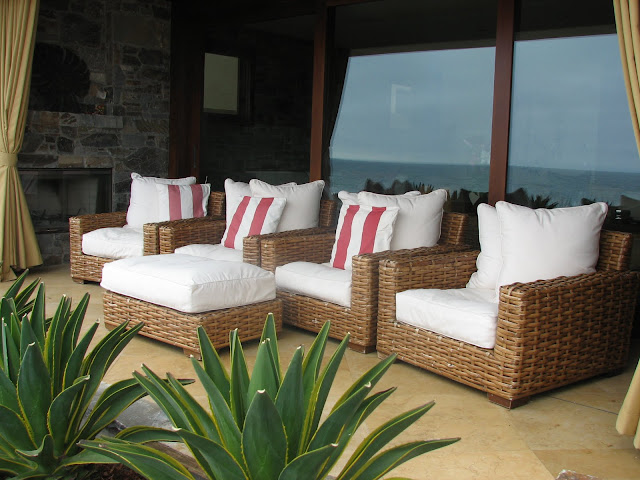 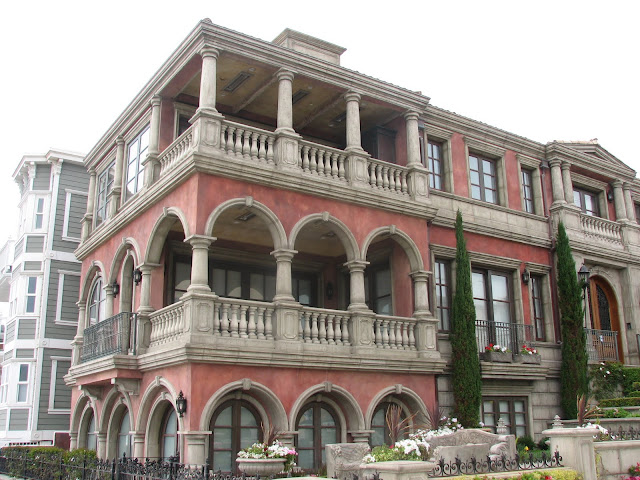 And this just looked wierd amongst all the other architecture. 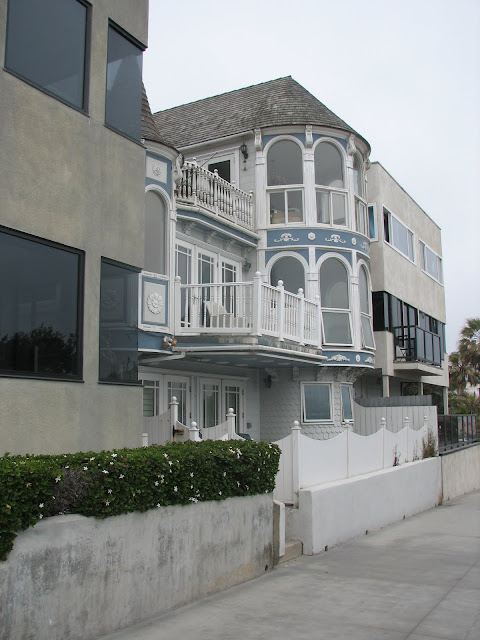 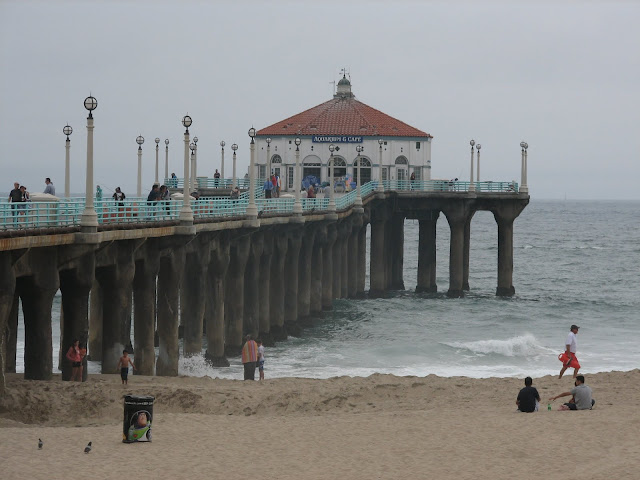 We finally made it down to the pier and I walked out on it. There were a few people around but of course I imagine it is zoo time on the weekend. 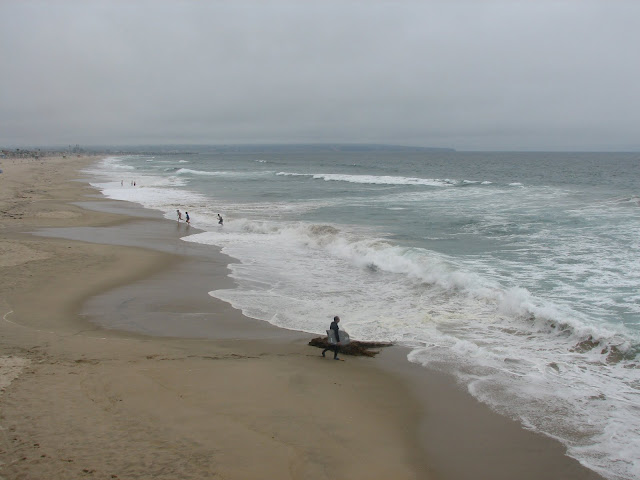 The waves were coming in quite well and appeared to be about three to four feet in height. It was funny to think that less than 24 hours later, we would be on the other side of this ocean. 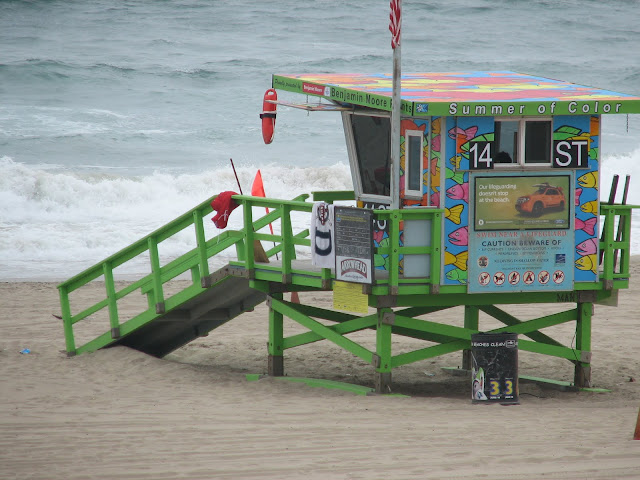 Snazzy looking life saver station. I would really like to come back here on a sunny afternoon sometime even with all the crowds. Parking would probably be a problem, but maybe I could take some sort of bus from LAX.