After Jonah, the snow storm

Major snow storms get your attention. While the big cities like Washington, Baltimore and Philly got clobbered, we only got about a foot of snow. It is difficult to tell because there was so much wind blowing the snow about. 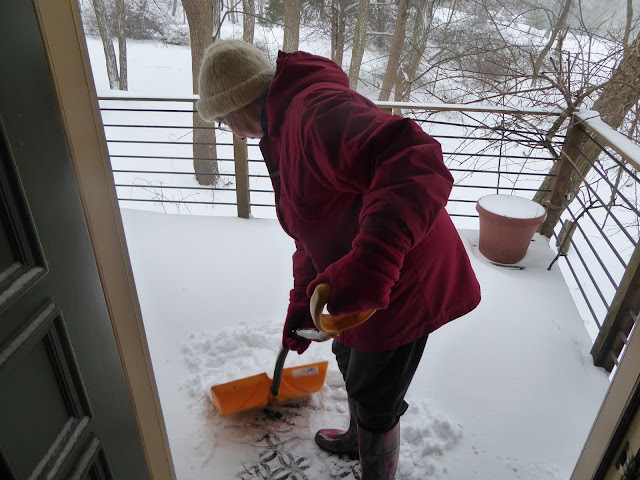 Little Red Riding Hood operating the shovel during a break in the snow. The shovel is designed to push the snow, not lift it. 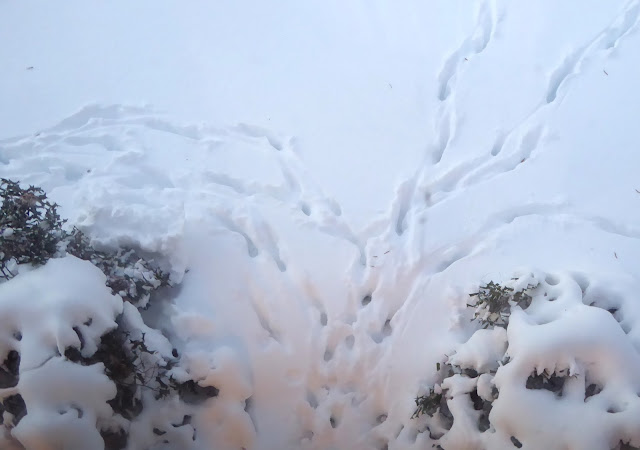 The next morning we could see where the deer had come up close to the house. 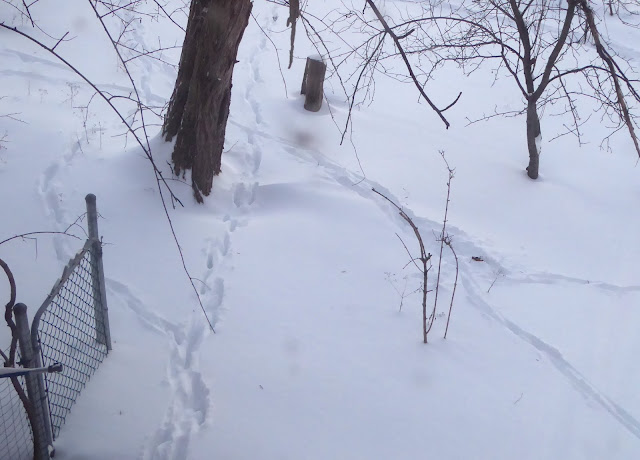 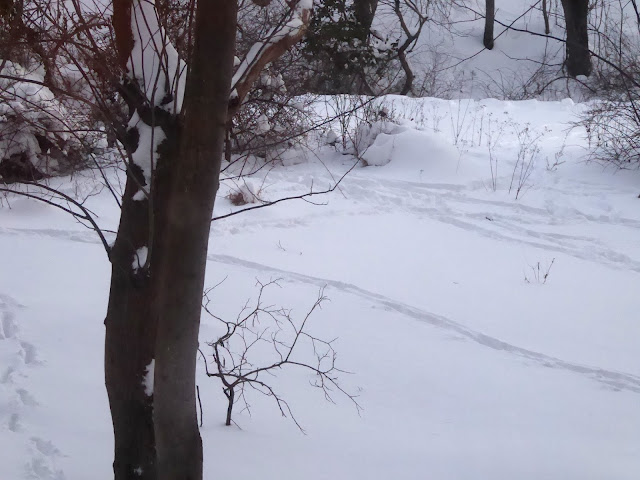 The deer hunker down under the bushes. 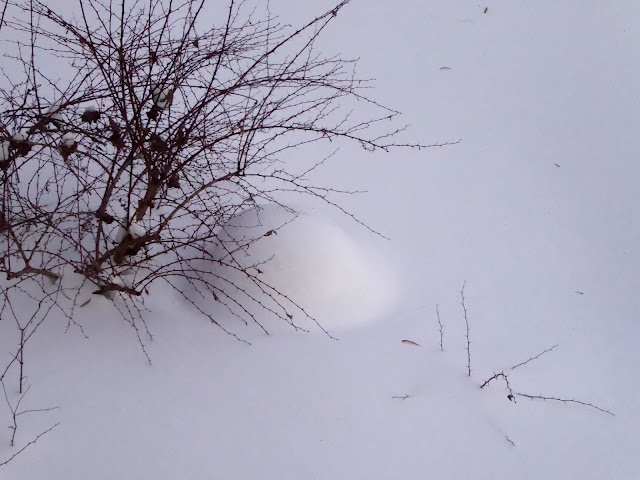 The little mound is the top of our gas tank. 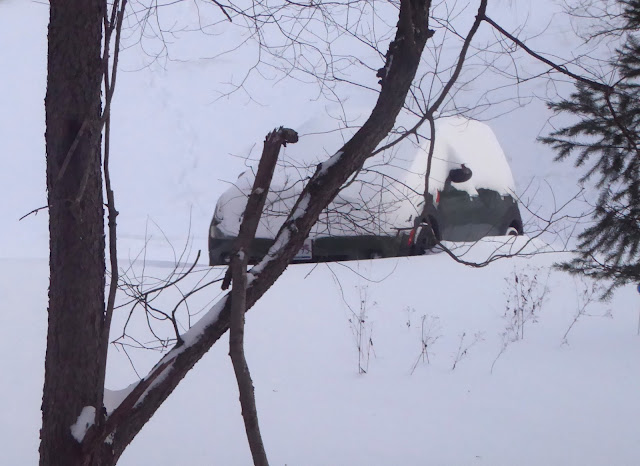 Our Mini covered with snow. Normally I would be out there shoveling but not this time after my bypass operation. We don't have to go out until Wednesday so we are just going to let the snow melt when the temperature warms up above freezing.

By the height of the snow against the car I can tell that we have had much deeper snow in other years. 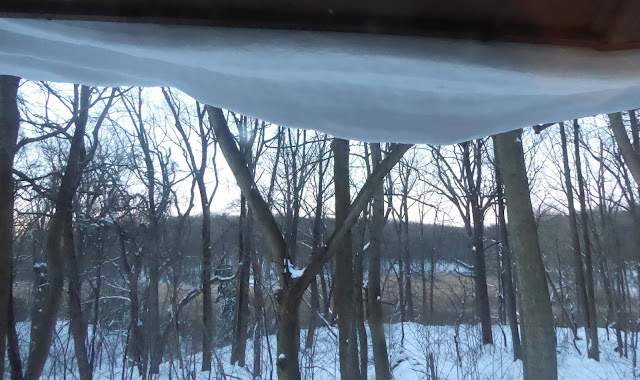 We have never seen this type of snow overhang on our roof before. 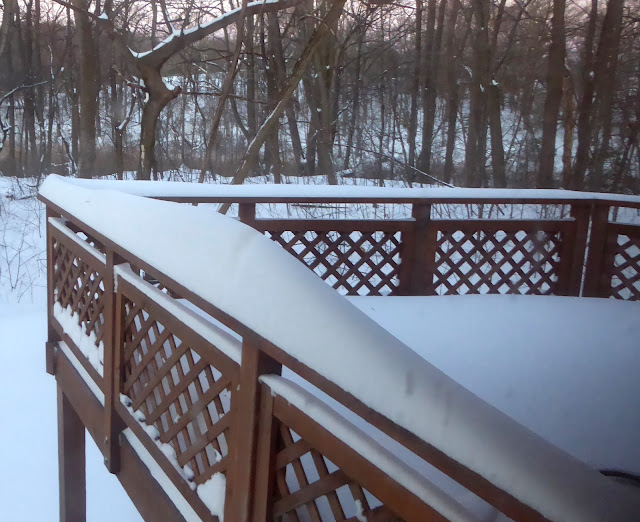 Weird buildup of snow that was not blown away by the wind. 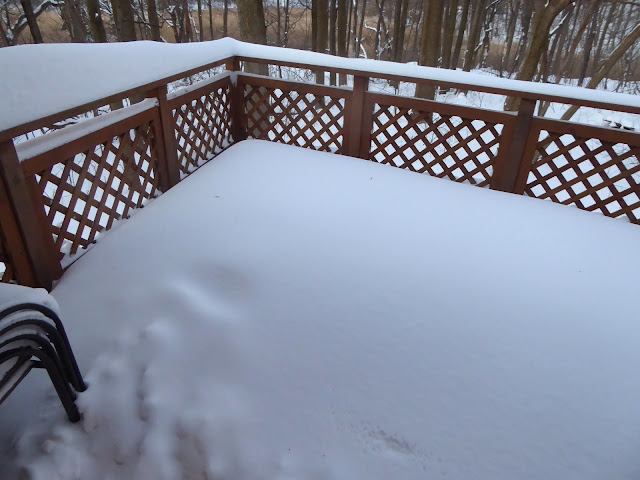 Somehow I don't think Marianne is going to tackle this. 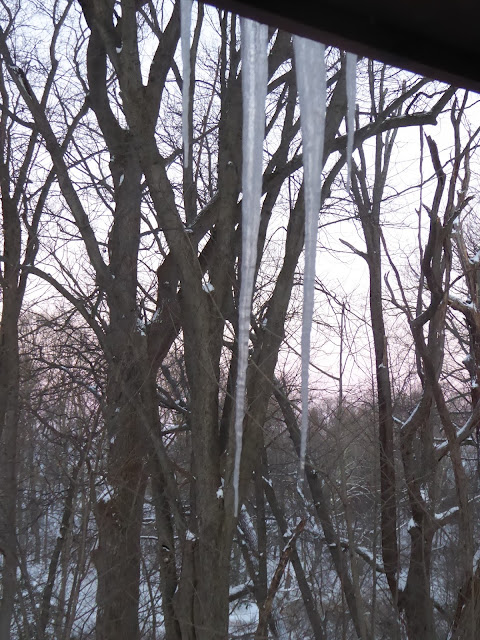 The first of what probably will be many icicles. 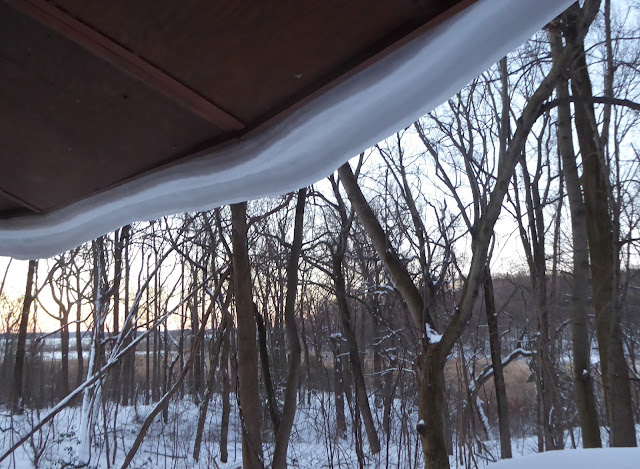 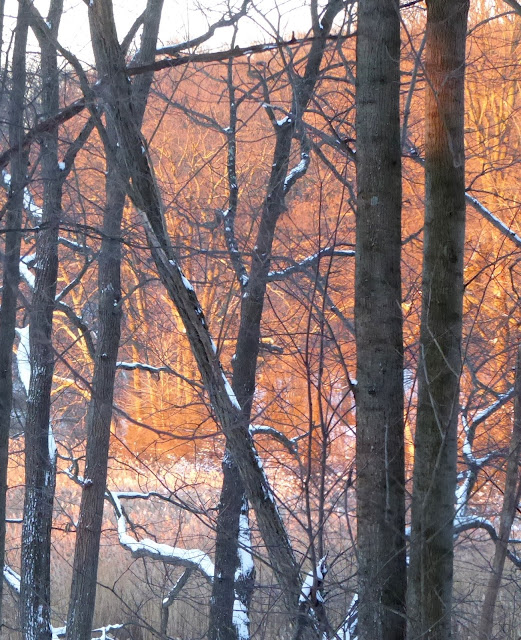 The morning sun illuminating the swamp. 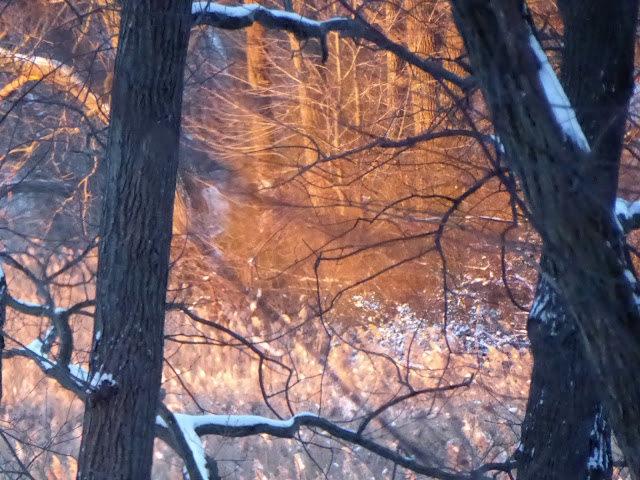 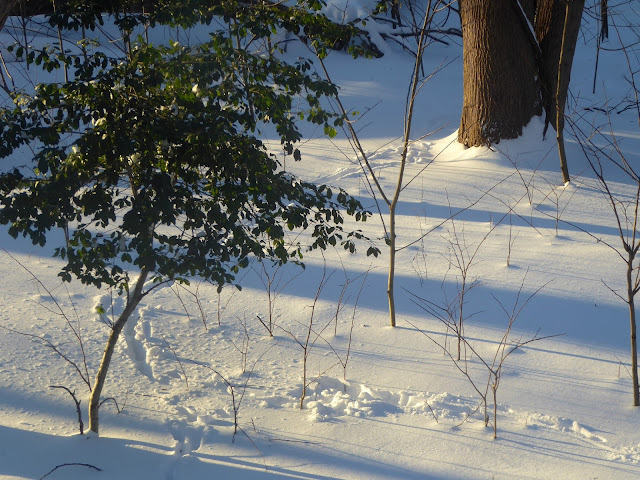 Snow is magical if you don't have to go out and shovel it. 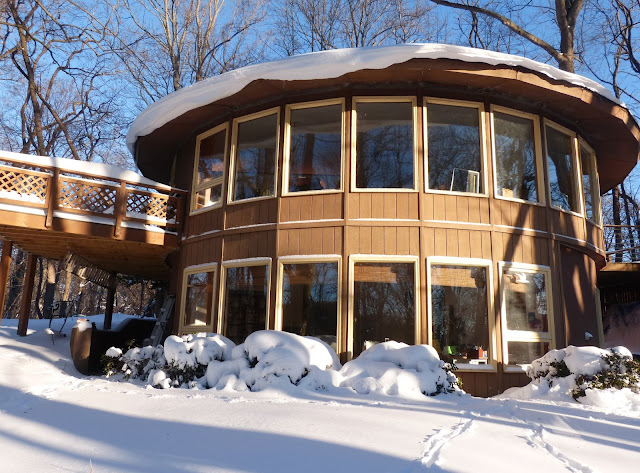 Marianne took this photo of our house. 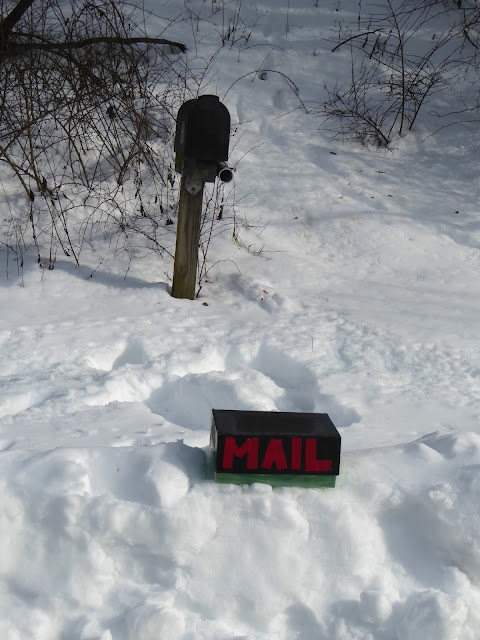 The closest the snow plow came to our letter box was ab out 10 feet and the mailman was not going to get out of his mail truck to walk over to the box. Marianne made a temporary box out of a show box. Lo and behold, the mailman stopped and took our letters and left a magazine. 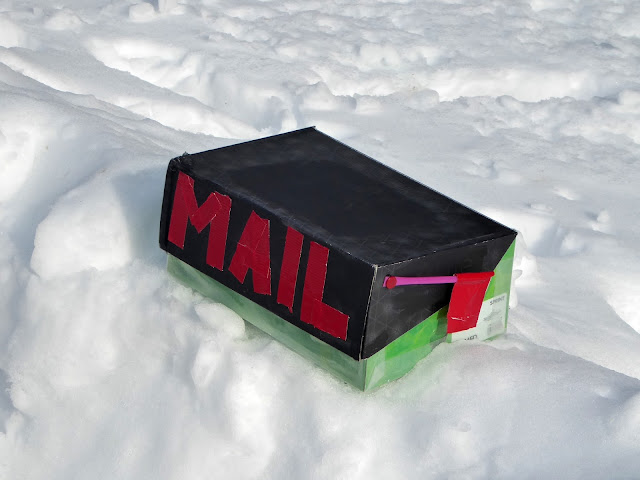 Flag and all. Sometimes Marianne leaves me for dead in the ratbag stakes. You have to admire the effort. 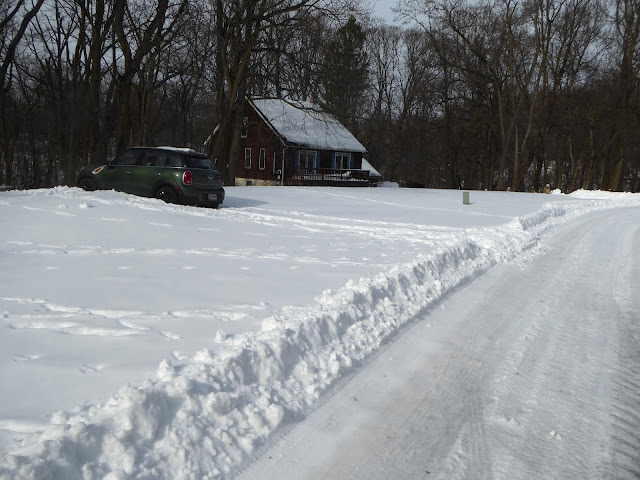 Hopefully we will get some showers later today to help wash away the snow, but I am not too hopeful.