Off to Oz yet again

We are doing about six weeks in Australia this year. The first five weeks will be in Sydney and at the end of the trip, Robin and I will be doing a six day hike in Tasmania. 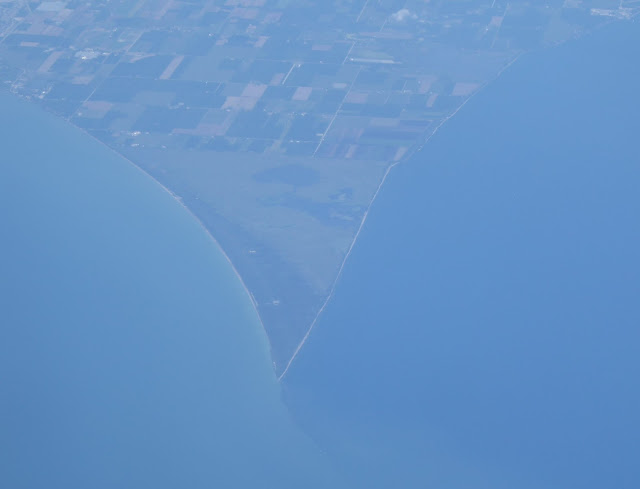 For some unknown reason, Delta had a $995 fare from Philly to Sydney and return. However we had to fly to LAX via Minneapolis and therefore the plane took a northerly route. This weird shaped peninsula is Point Pelee in Canada dipping into Lake Erie. It's the most southerly point in mainland Canada and is popular with bird watchers.

Detroit airport. I suspect most visitors prefer leaving to arriving. 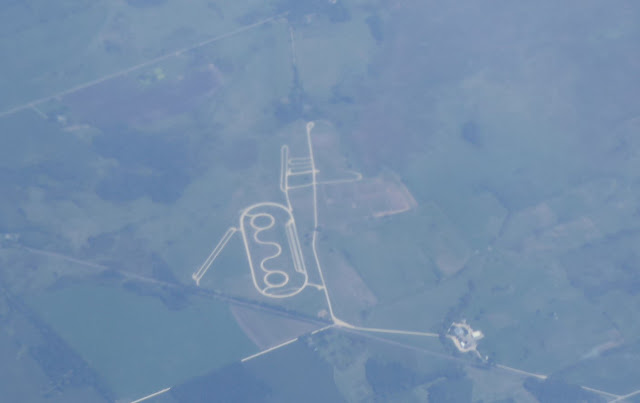 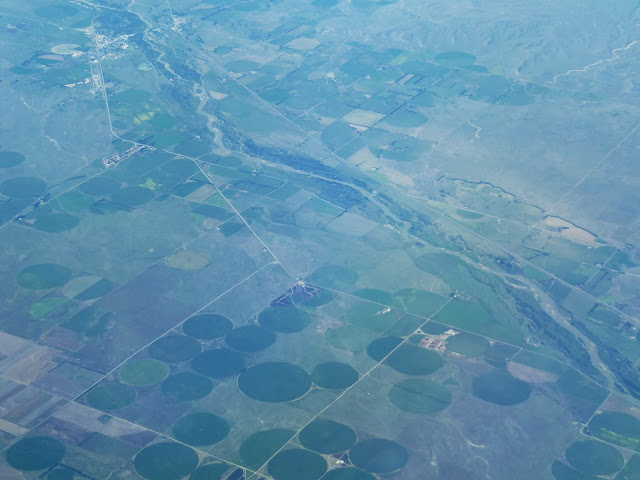 After we left Minneapolis, we flew over the Platte River which we had seen from ground level on our cross America drive. It was so satisfying to finally know what it looked like. 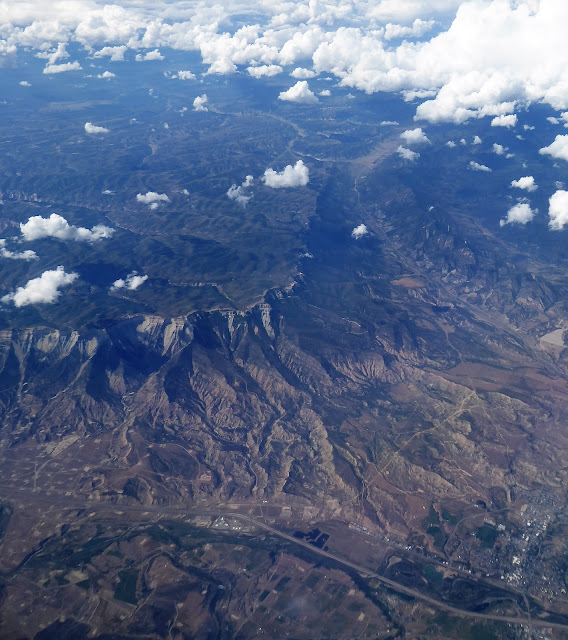 Some photos of the western part of the US. Marianne wanted to look out of the window this time, so I arranged to get her a window seat in front of me. Unfortunately there was a lot of cloud this trip so we did not get to see a whole lot. 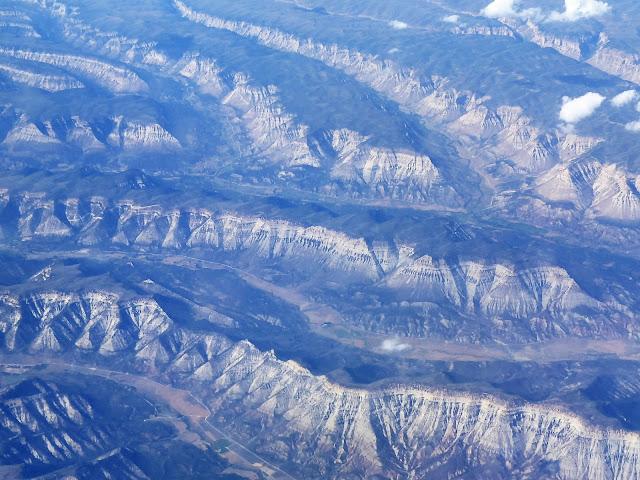 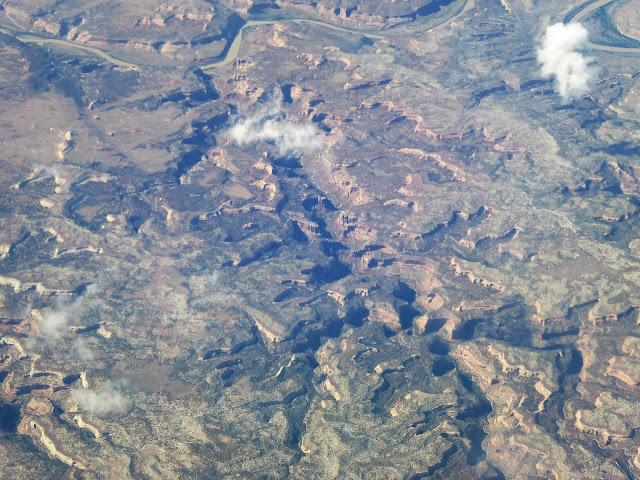 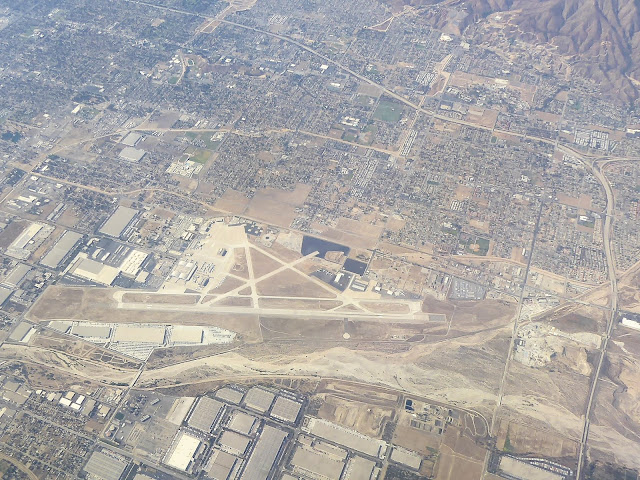 An airport near Los Angeles. It all looks so dry and dusty. 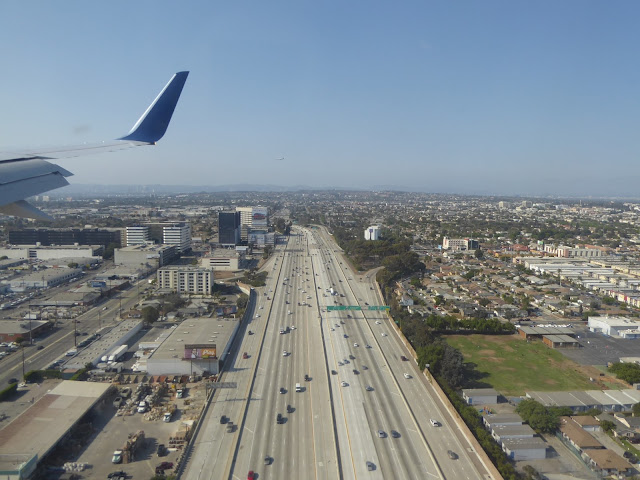 Route 405 just before landing at LAX. 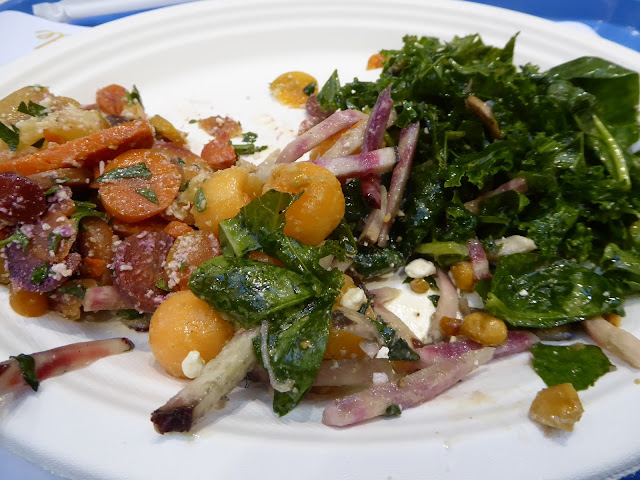 We had a six hour layover at LAX. Normally we would leave the airport and eat at a nearby restaurant to avoid the awful airport food. However a chain called Lemonade has open a cafeteria style restaurant in terminal 5 where Delta is housed. This plate of three different style salads cost less than $10 and was filling and delicious. Menu link.

LAX now has tunnels leading between the terminals so that you don't have to go through security. More about them here. 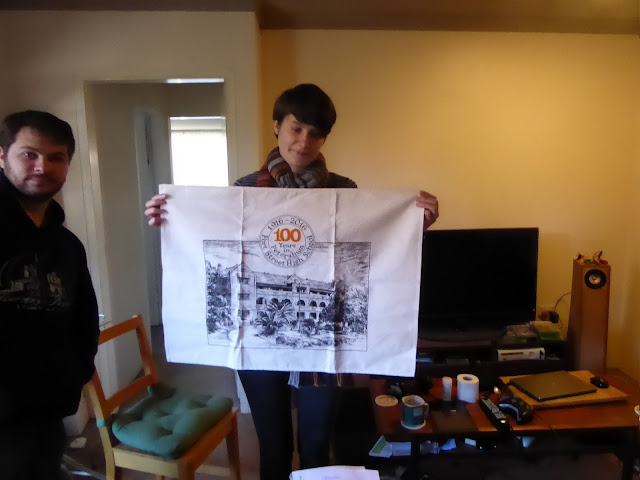 The flight to Sydney was packed but not too bad and we landed on time. Robin and Alex picked us up in a Go Get car and took us to their flat. Robin is holding something that commemorates 100 years of the Fort Street school where she is the archivist. It's the oldest government run high school in Australia. 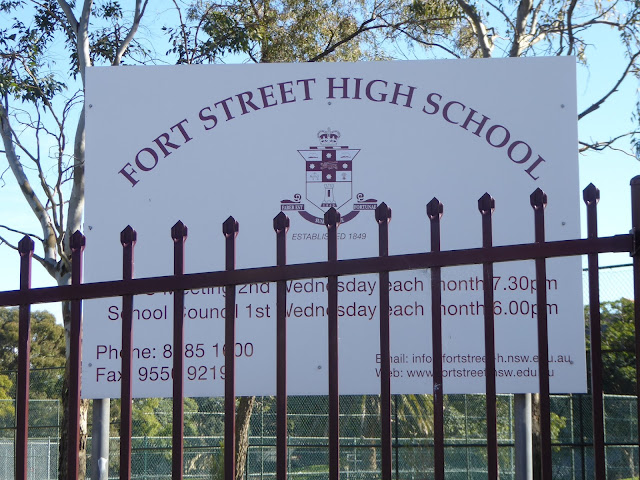 She took us for a walk over to the school so that we could get some exercise. It is about a mile away from where she lives. 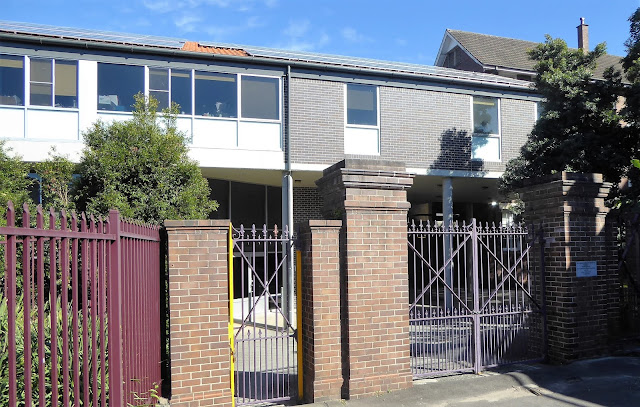 It was a weekend and closed so we could not get in. There are obviously much old buildings than this one. 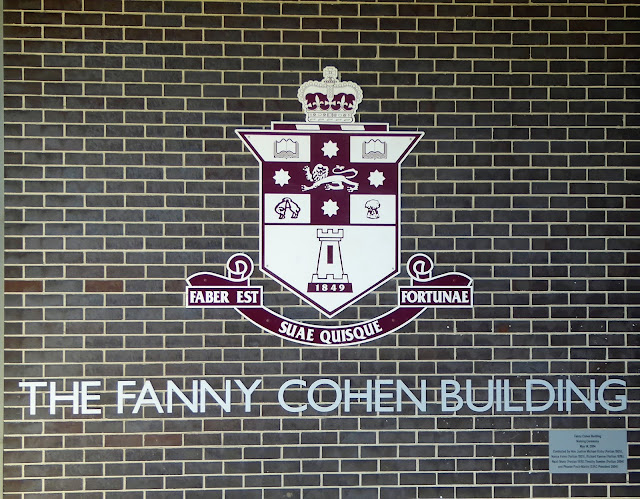 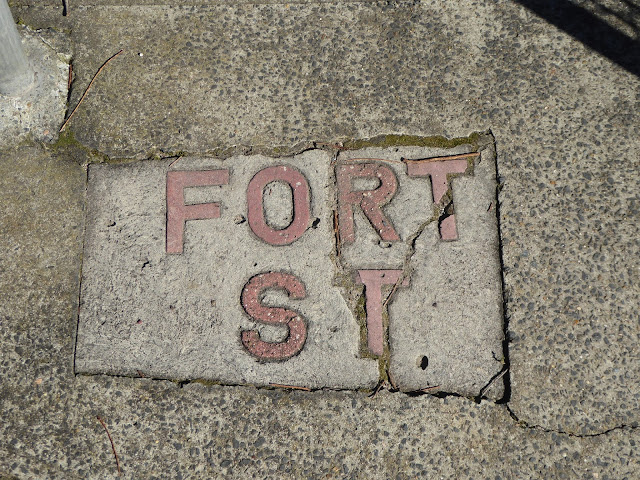 The school was originally sited in Fort Street near the Sydney Harbour Bridge and was moved to its present site in Petersham in 1916. One of the local streets was then renamed Fort Street to match the new site of the school. 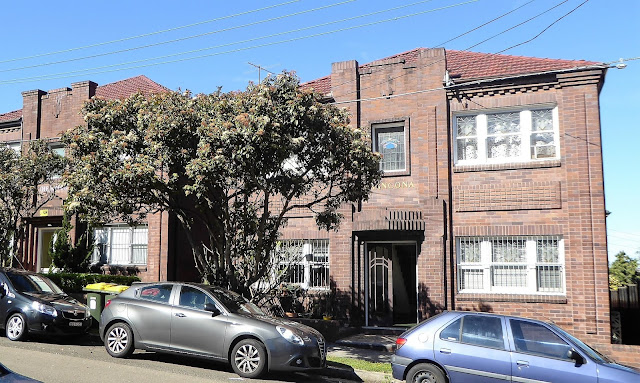 We walked back to Robin's flat past a number of interesting houses and flats. 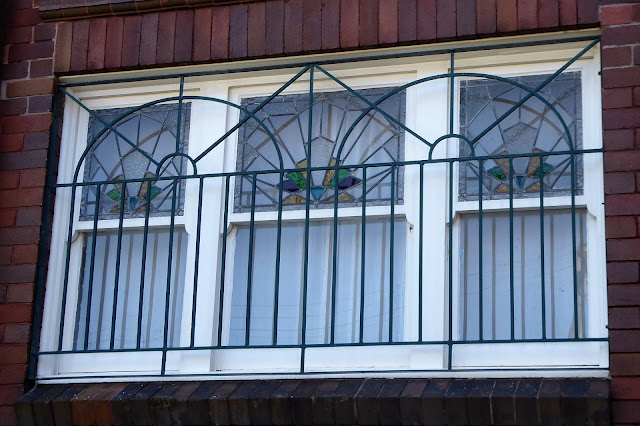 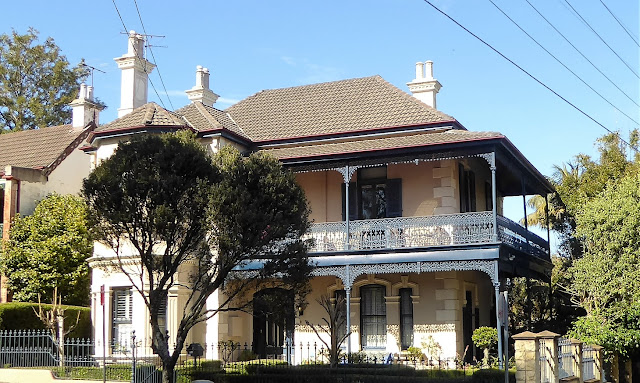 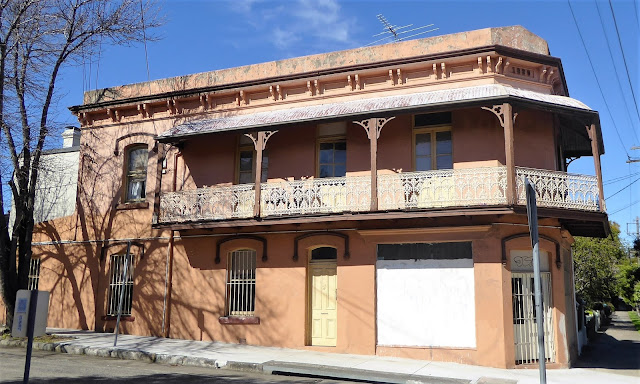 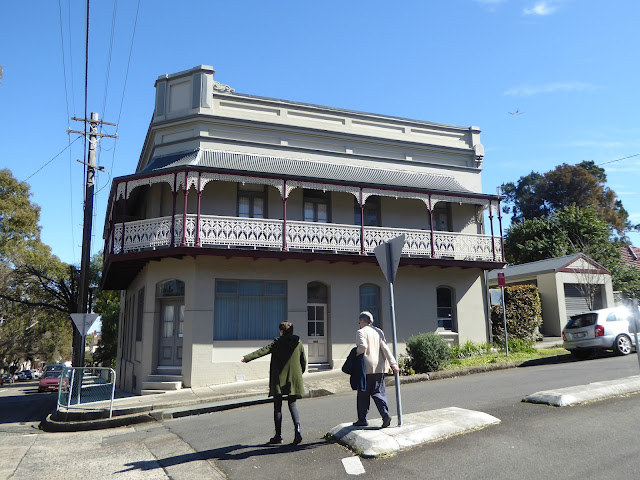 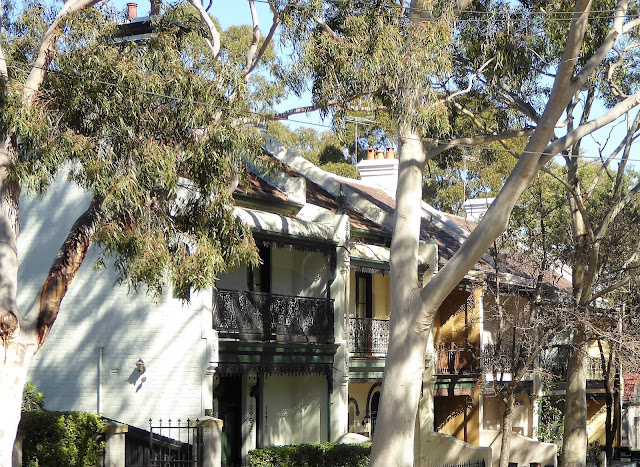 We all really liked these four terrace houses. The first thing I notice when arriving in Australia is the special light and these houses looked so good with the gum trees in front of them. 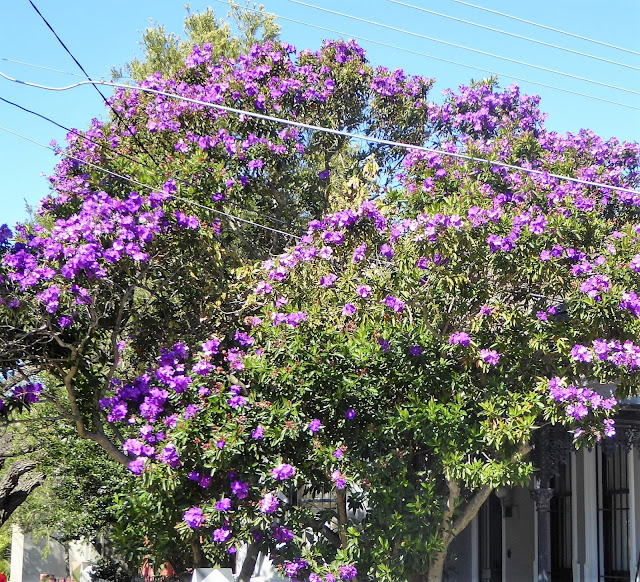 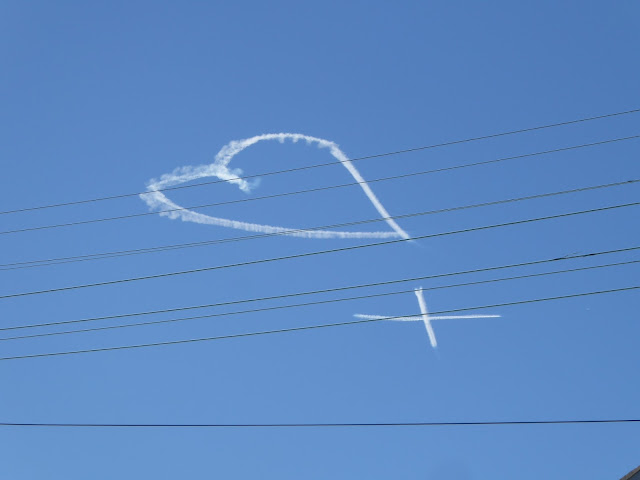 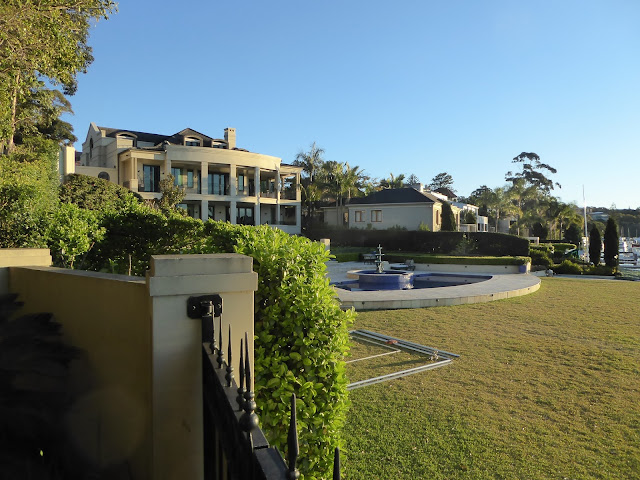 For our time in Sydney we will be staying in Woolwich in a lovely house overlooking the Harbour. The house we are in lies behind this house which is right on the water and was used as a filming site in a recent comedy TV series called 'Here come the Habibs'. 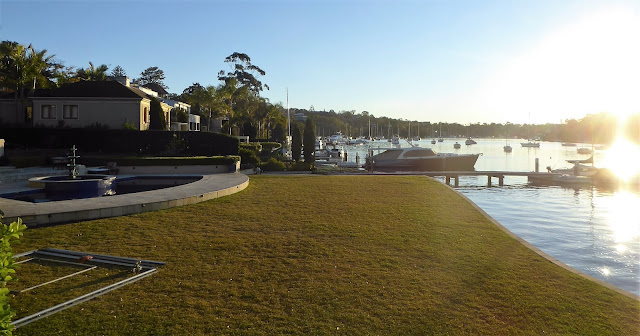 The water. They are currently filming a second season.