The tenth anniversary of my retirement

It's hard to believe that it is ten years since I retired on my mother's birthday and started blogging about what I did in my retirement. This is entry number 1045 so I have been averaging about 100 blog entries per year. Mum would have been 102.

Let me first say that this has been the crappiest year of my life due to my health problems. On the other hand, it has been one of the best years of my life since I am so lucky that I am well on the way to overcoming those problems. I remember talking to Marianne in the car one day in July when we were driving to physical therapy and saying if it were a choice between winning the half-billion-dollar lotto or walking properly again, the choice would be easy.

Today I walked to the lighthouse and back and felt wonderful. It's a mile in each direction. I have been jogging back and forth in the house and can do 1000 steps. Yesterday I carried in a box of wine. Marianne correctly observes that I have been self-obsessed this year and it's understandable. It's unnerving and dispiriting when you can feel your body going downhill rapidly and you don't know the reason why. On the other hand now that the IV IG cure is taking effect, it's so uplifting to feel my body gradually improving with minor victories virtually every day. I keep a daily journal that I send off to a Resident at Johns Hopkins and it's interesting to go back and look at my gradual progress. Yes, I won the lottery of being able to walk and stand up again.

Unfortunately, there are others with similar problems who are still struggling and don't know the reason why. I was lucky to have one of the top Neurology hospitals in the world about 90 minutes drive away. The doctor who specified my IV IG treatment was the co-author of the paper that recommended using Immuno Globulin for treating statin-induced myopathy. If you know somebody with walking issues who also takes statins, tell them to talk to their doctor.

Enough of the medical stuff! Let me talk about what's planned for the year ahead. Marianne has her permanent resident visa and we hope to move to Urangan in Australia by the middle of the year. We are already packing and will put the house on the market soon. No other travel is planned so there won't be too many blog entries for a while.

One of the things we are looking forward to in Oz is decent bacon. The US has the crappiest bacon on the planet since it only has the fatty streaky bit. It's only taken 35 years, but we finally discovered a solution. I bought a spiral cut ham for $12 just before Xmas and we had a special retirement celebration brekkie of ham and eggs instead of crappy bacon and eggs. Mind you, a similar ham in Australia would probably cost $100 more. 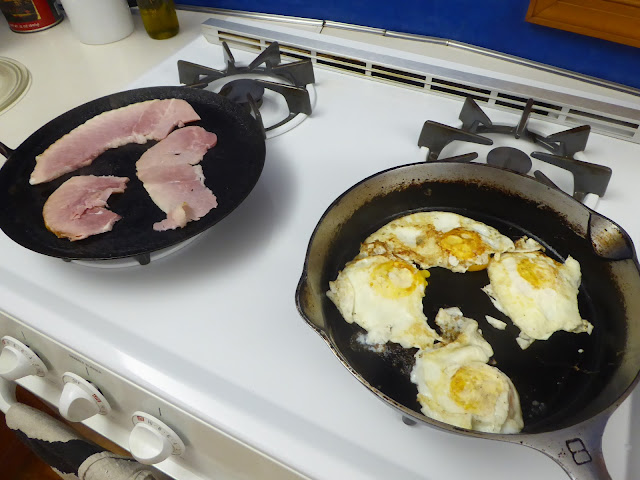 The cast-iron pan on the right will definitely make the trip to Oz in one of our suitcases. 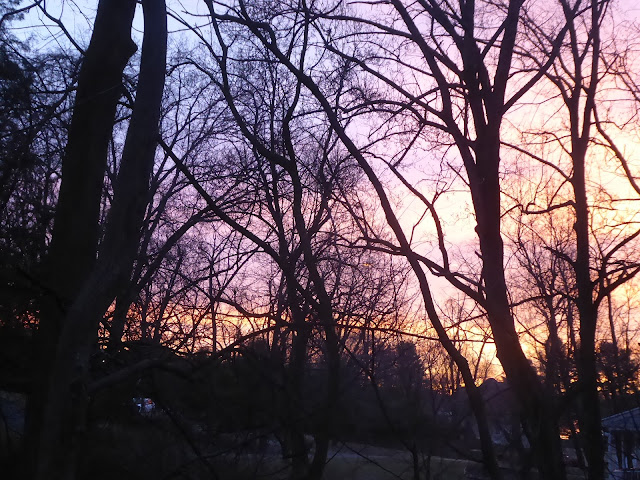 And finally, some photos of my walk to the lighthouse this rather warm day. No snow or ice when the temperatures are in the 50's and 60's. 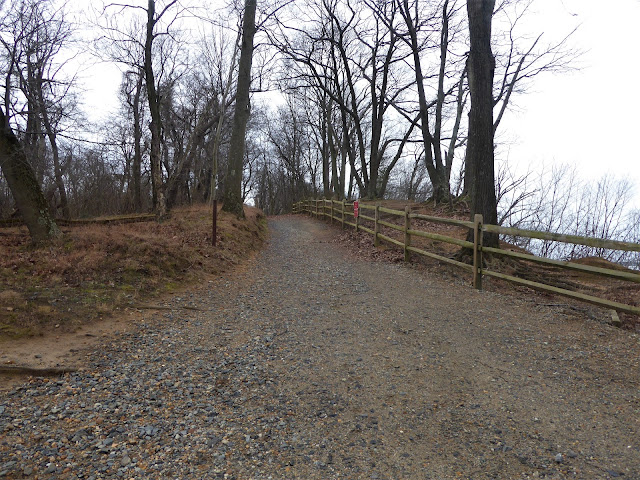 Each time I do this walk, the climb up the hill becomes easier. 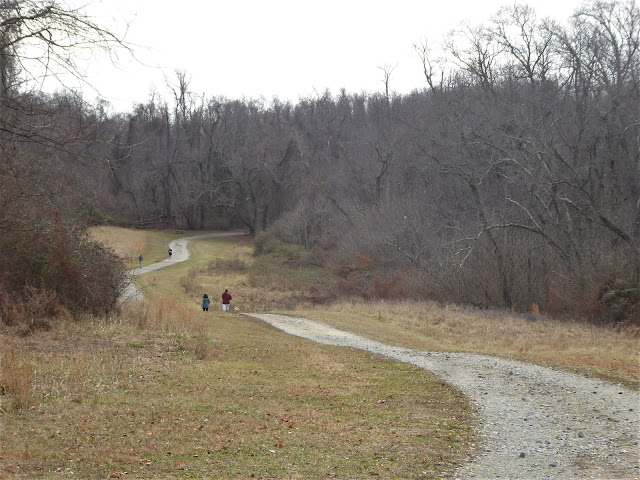 The loose stones on the path can be treacherous and a few weeks ago I walked on the grass at the side. Today my legs are stronger and my stability and agility are much improved. I walked on the stones without any concern. 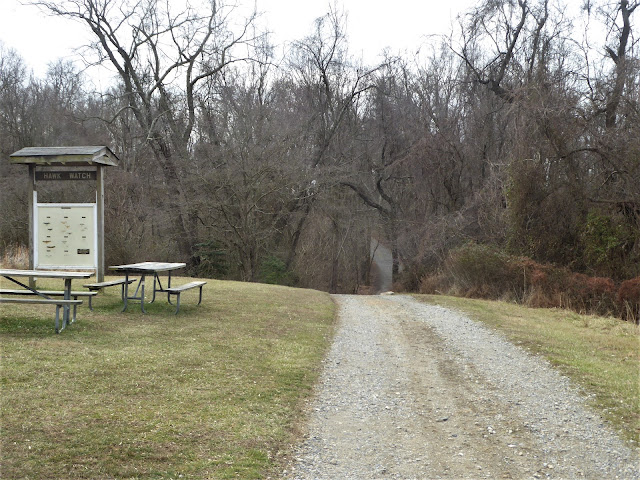 A bird-watching site just before the approach to the lighthouse. 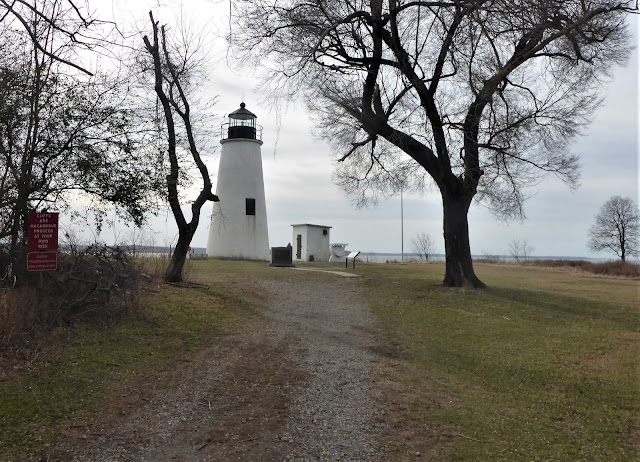 And there it is, at the top of the Chesapeake Bay. We will miss living here.

A bit over a week later, we had a visit from a huge flock of blackbirds that settled in the trees around our house. There were thousands of them. The temperature was about freezing so I did not linger outside after taking the following video.