My sister Clare dragged out some old photos and I thought I would share some of them with you. There are not too many photos of me as an adult without a beard, so enjoy them. 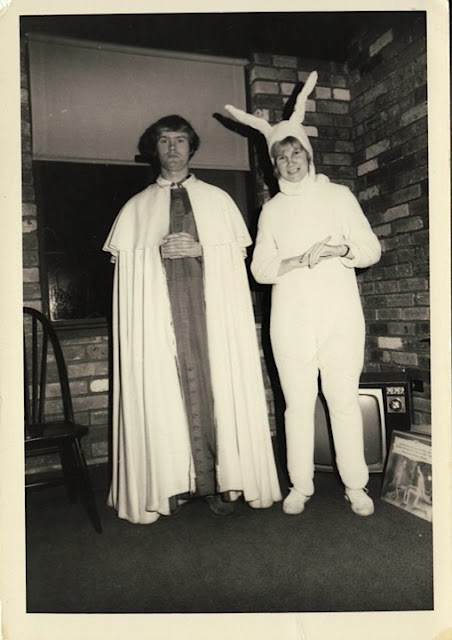 In 1973 when I was living in Melbourne with my sister Clare, we held a fancy dress party. We hired costumes from the Theatre Royal and mine was a cardinals outfit. Inside the cloak was a label with Frank Thring's name. He was an Australian character actor famous for his role as Pontius Pilate in the film Ben Hur.

Clare made a pretty good bunny.

In many ways I think a cardinal would have been a pretty good job. You get to wear this big cloak which you can swish all over the place. 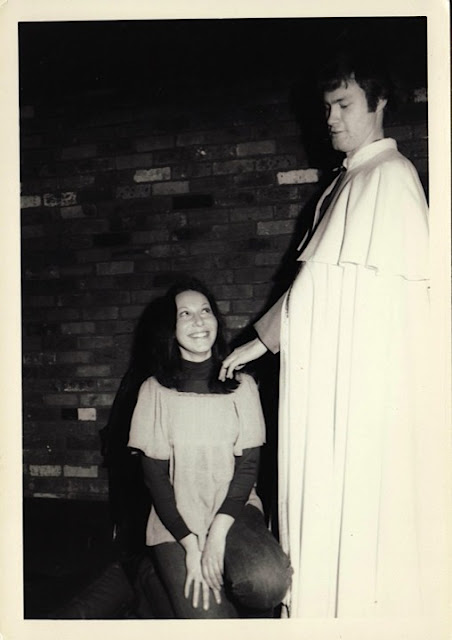 And of course, people bow down to kiss your ring. I have no idea who the young lady was. 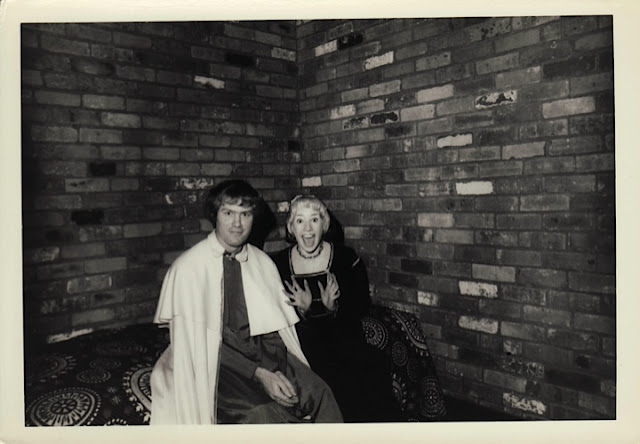 The girl friend of my friend Max. She was older than Max and was quite a character. She was on board the Andrea Doria when it sank. Obviously she was a survivor. 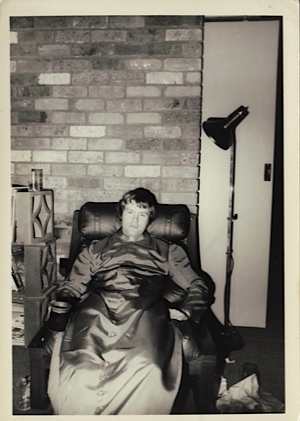 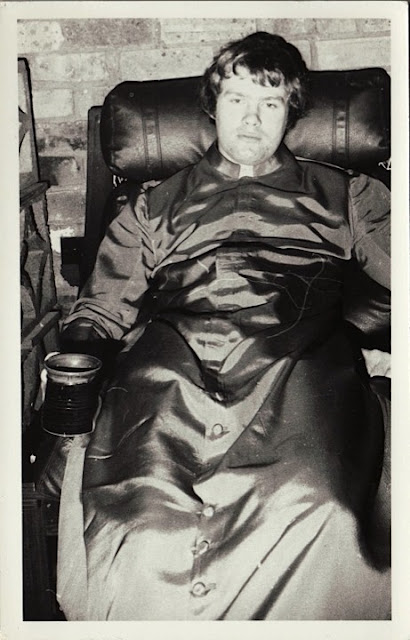 There comes an end to all drunken parties when even the best of cardinals needs to have a rest. 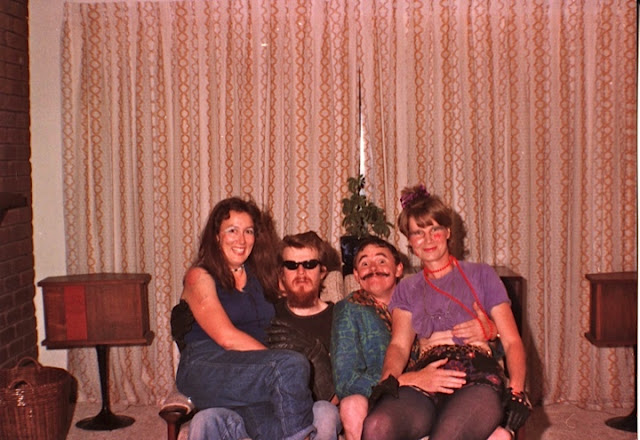 Another party. Anne and Mark Palmer on the left with the dishonorable Wes Patterson and his floozy (Ric and Clare). 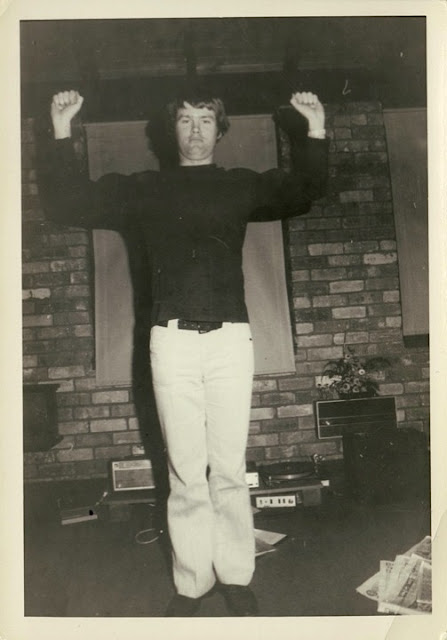 Adonis is the word that must spring to your mind. 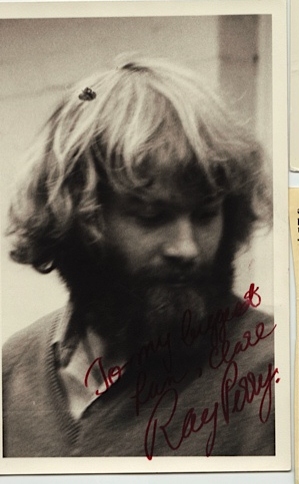 When I went to Europe and was travelling around, there were days when I could not shave and I noticed little old ladies would shy away from my partially scruffy face. I solved the problem by becoming even more scruffy and growing a beard. I did cut it off once in 1976 and shaved for a week or so but soon got tired of it. So the last time I shaved was on September 13, 1976. 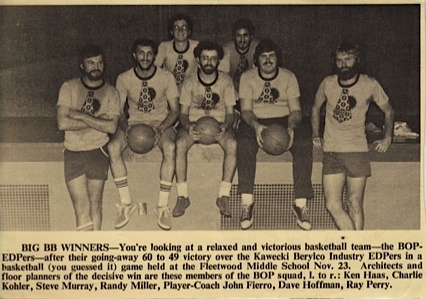 When I was living in Reading, PA in the late 70's, I worked for the Bank of Pennsylvania. The IT group had a great bunch of blokes who treated me very well. We mostly played tennis, but we did have one famous basketball game. Despite knowing virtually nothing about the game, I was invited to join the team. I didn't do too bad running up and down the court passing the ball, but shooting a basket was beyond me. Absolutely pathetic. I think I heard laughter.

I still have the T shirt with the tie on it.