This past winter has been one of the warmest on record and as a result, the daffodils have come out much earlier than usual. 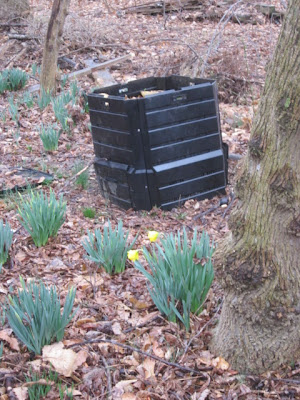 The first arrived on February 24 down by the compost bin. Each year I try to take a photo of the first daffodil and the location varies each year. 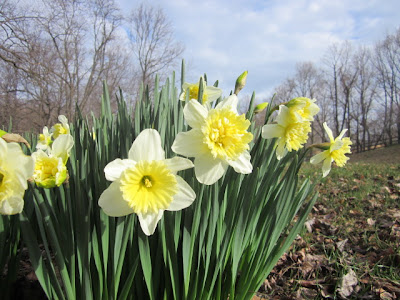 The above and following photos were taken on February 13. Usually snow and rain beats the flowers down but this year they are all looking up, bright and perky. 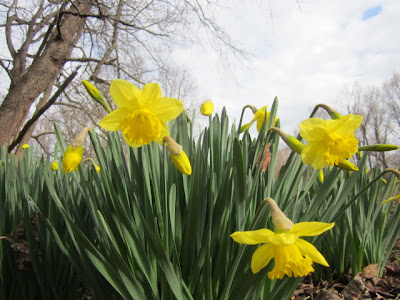 This bunch are only just starting to come out. We planted quite a few different varieties back in 1986 when we first moved into our house. I go plenty of blisters digging the holes with a bulb planter. 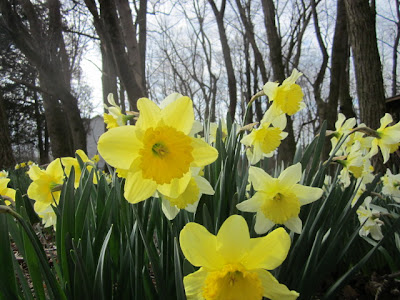 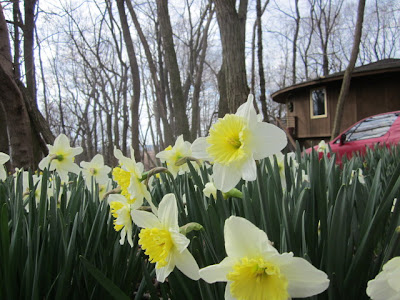 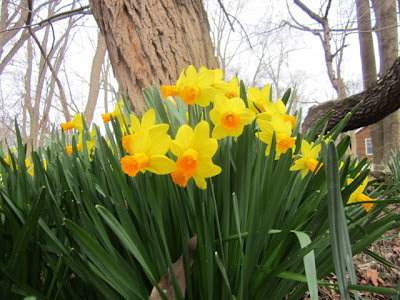 The above flowers are smaller than the other varieties but the orange and yellow colours are very effective. 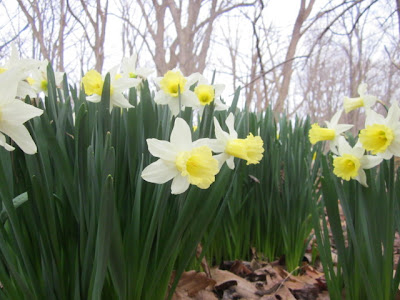 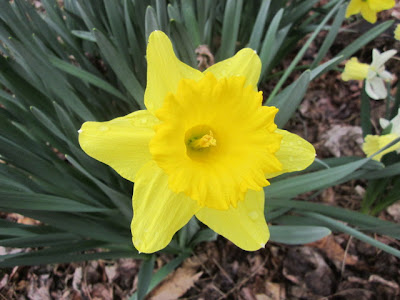 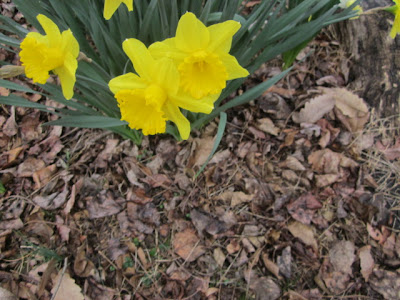 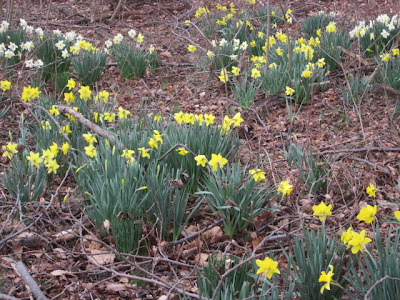 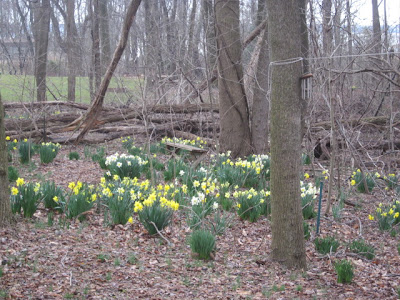 The final batch of daffodils usually lasts until about the final week of April, but I'll be surprised if they last that long this year.