And now for something a little different. Marianne has belonged to Airedale Rescue for quite a few years and recently volunteered for a group Martha's Mutt Movers that transports dogs long distance by a relay of cars. Each driver takes the dog an additional hour's drive towards its final destination.

Our baptism involved a dog called Brody who was kidnapped in Florida and brought up I-95. It's a long story and believe me, you don't want to know the details, but the dog wound up in the Cecil County SPCA. The owner found out that the dog was here and arranged to fly up to Philly Airport while the relay of cars was set up to transport the dog back to Florida.

So Marianne and I drove up to Philly and collected the owner and drove her down to the SPCA. The video below shows Brody just after he has been handed over to his joyful owner.

That wagging tail makes it all worth while.

They stayed at our house that night. Because Catty Watty does not get on well with dogs, we confined her to our bedroom. 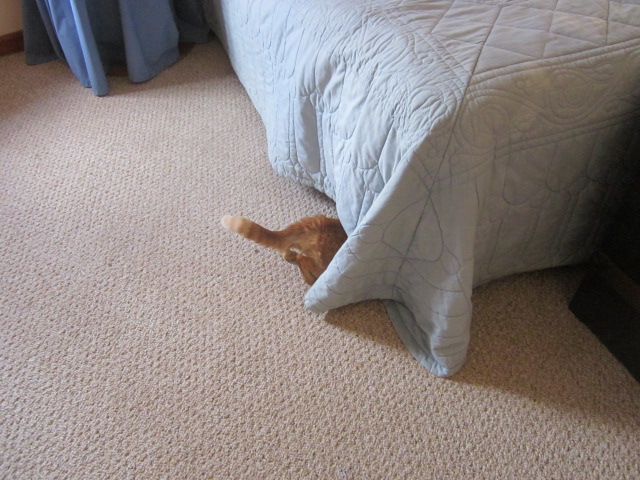 Here she is hiding from it all, not realizing that her back end is sticking out in full view.

The next morning, I drove the owner back to the airport and Marianne drove Brody down to Joppatown and handed him over to the next person in the relay. It took 14 hours to get him all the way down to Florida. The woman (Martha) who organizes all of this kept in contact with the drivers and sent out emails to all concerned showing the progress of the dog. A very impressive effort. 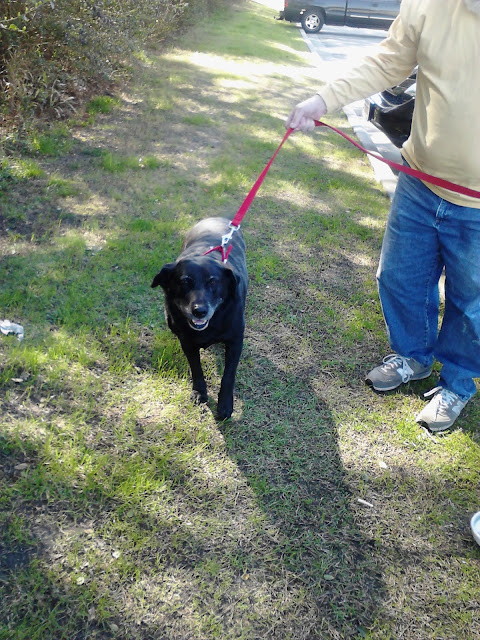 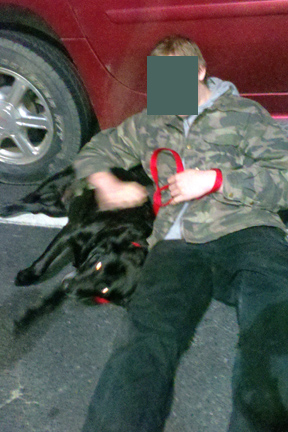 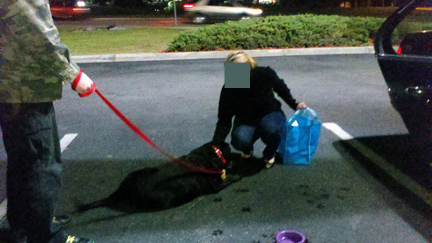 Brody meets some new people at one of the changeovers.
Posted by Ray Perry at 1:33 AM