On January 31, 2012, I received confirmation from Just Roughin It (JRI) that I was booked on the hike from the North Rim to the South Rim of the Grand Canyon. Just before I retired, one of my retired friends gave me some very good advice including the need to increase my level of exercise. Couch potato Ray was not to become an option. To give myself an incentive to exercise, I set a goal of crossing the Grand Canyon. I had been to the south rim of the Canyon almost a decade ago where my first impression was that 'it's not big enough', but I had wondered about the effort involved in crossing the canyon from rim to rim.

Back in 2010 when we were in Australia, I decided to test myself to see if my fitness level would be enough to consider doing the walk. One of the best known mountains in Australia is Mount Warning which is close to the border of New South Wales and Queensland. It was given this name by Captain Cook when he sailed up the east coast of Australia in 1770. It's possible to walk to the top and I had already done the walk a couple of times so I knew it would be a good test. You can read about it all in one of my older blogs. You'll probably find the whole blog interesting, but the latter half deals with Mount Warning.

When I applied to JRI, I sent them a link to this blog and after I had talked to the owners, they must have been convinced that I could tackle the Rim to Rim walk. Fortunately, they put me on the easiest option, a four day walk from the North to the South. They also told me there would be four others and a guide. I would have a single tent to myself. With a great deal of reluctance, Marianne gave her permission for me to do the walk. I think what really made her let me go was the chance to visit her scrap booking friend Paula who happened to live in Phoenix where JRI picks up its customers.

My standard exercise loop is a three mile walk around the community where I live. I could also extend the walk to five miles by including the walk through the nearby State Park to the Turkey Point Lighthouse. 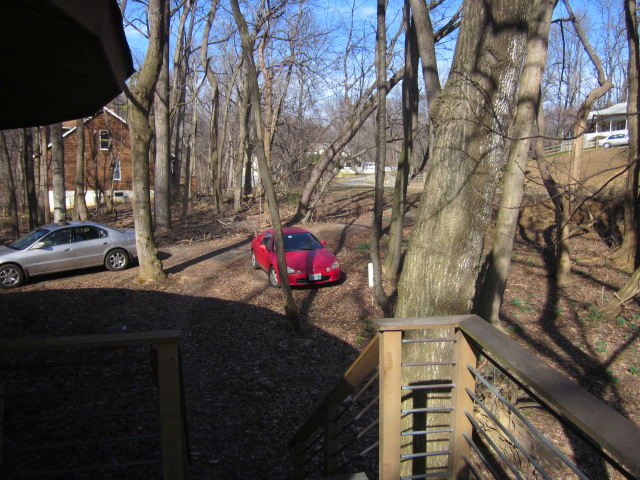 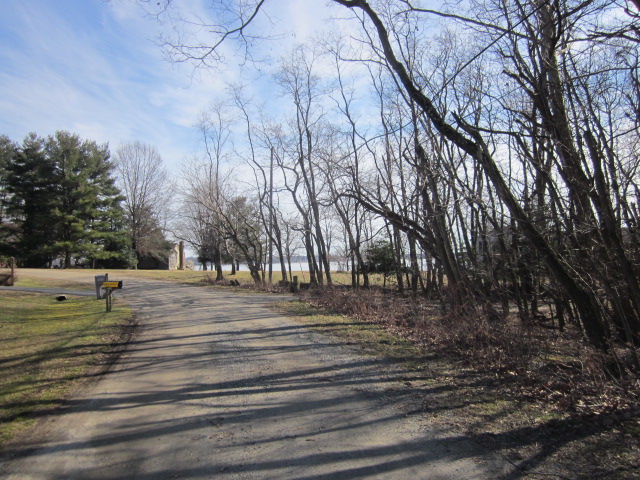 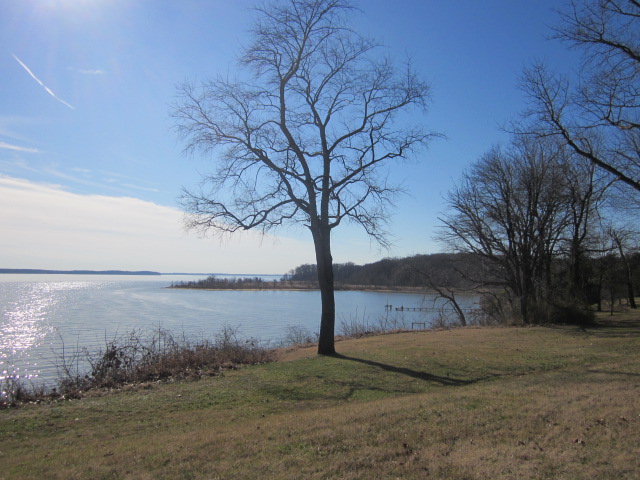 Our community is close to the tip of a peninsula. 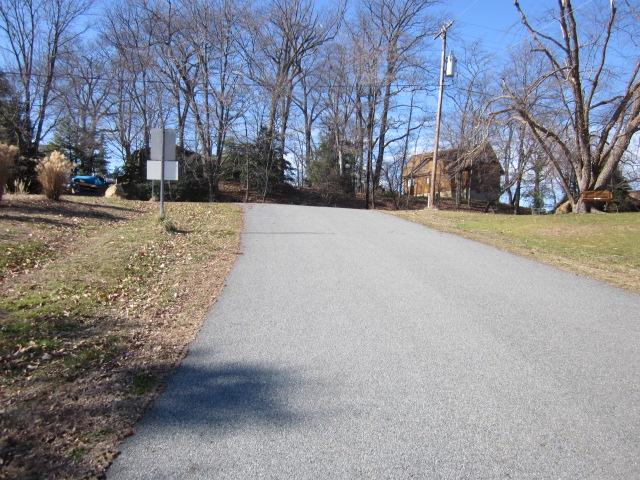 Short little steep hill at mile 1.5 of my walk. 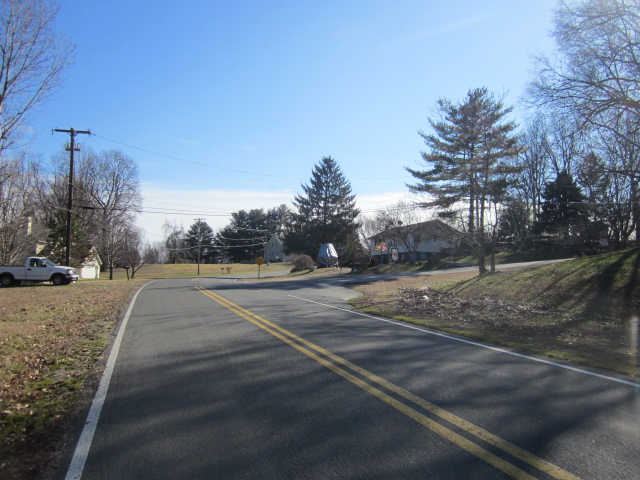 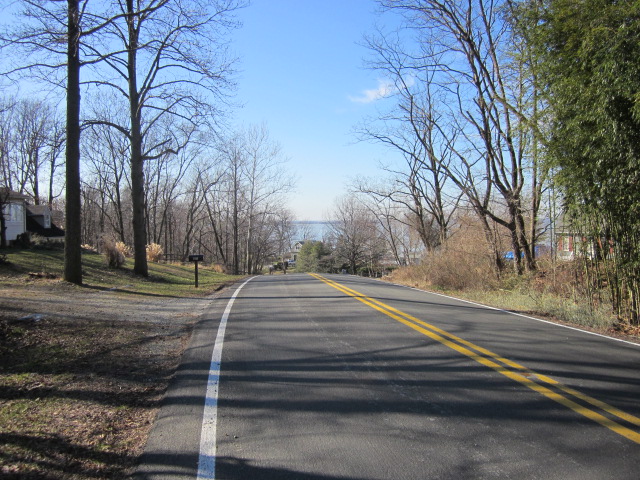 Steep hill where I could practice walking down hill. 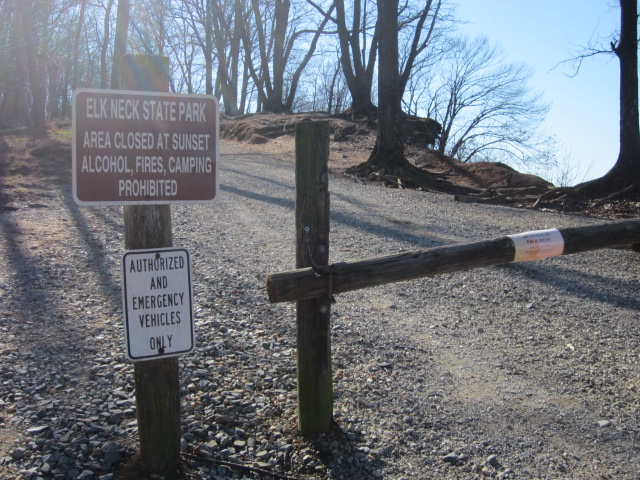 Entrance to the State Park. 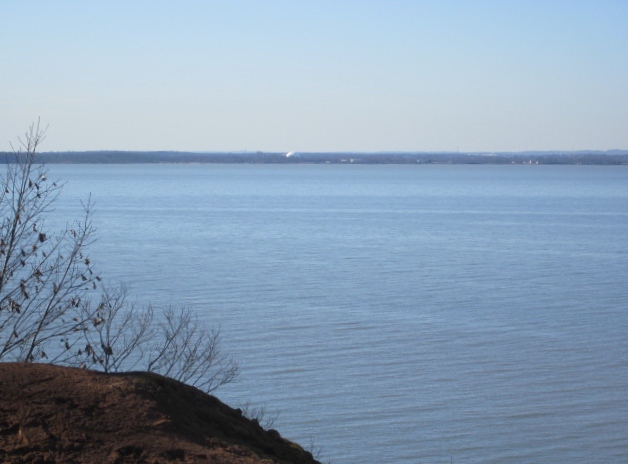 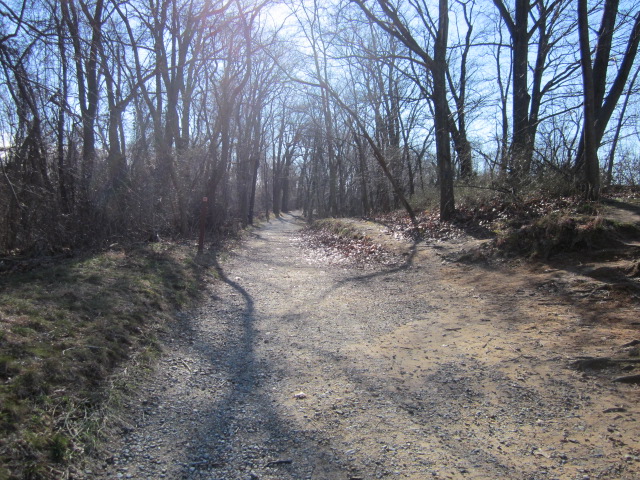 Stone and gravel path. Good practice for the Canyon paths. 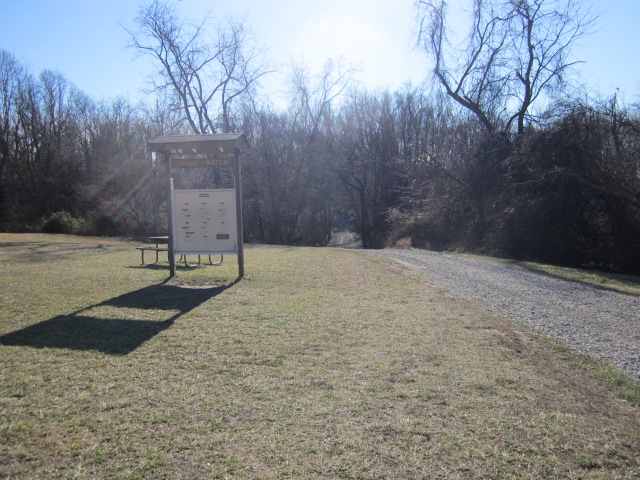 Popular bird watching area. Turkey Vultures can be seen here as well as in the Canyon. 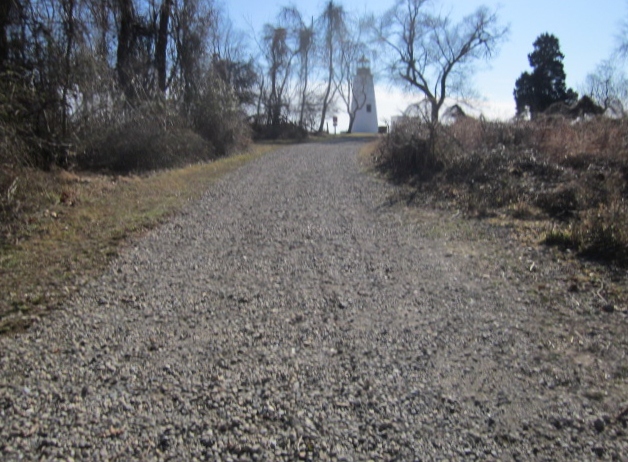 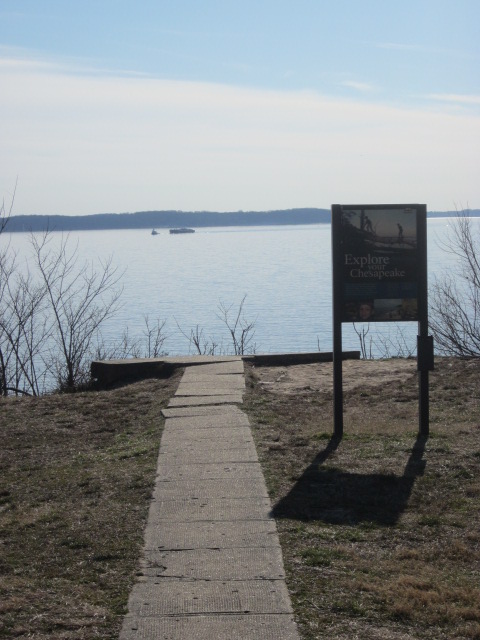 Looking out on the Chesapeake Bay. 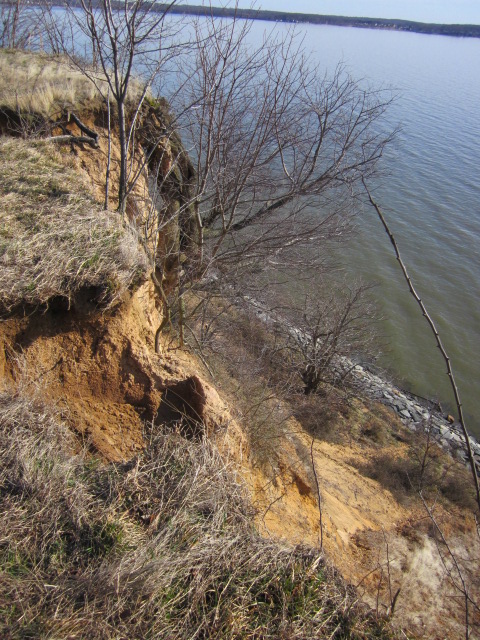 The high cliff at the tip of the peninsula. It was used in the film Absolute Power where a car is pushed over the edge. 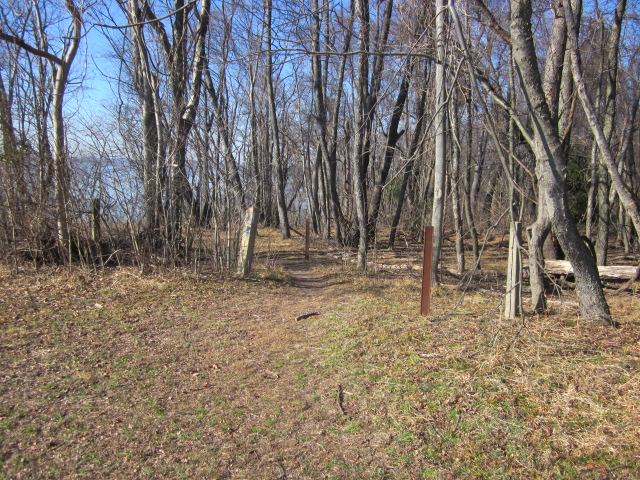 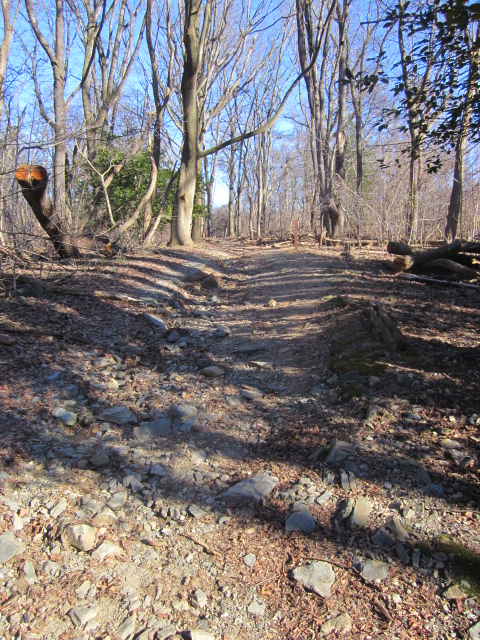 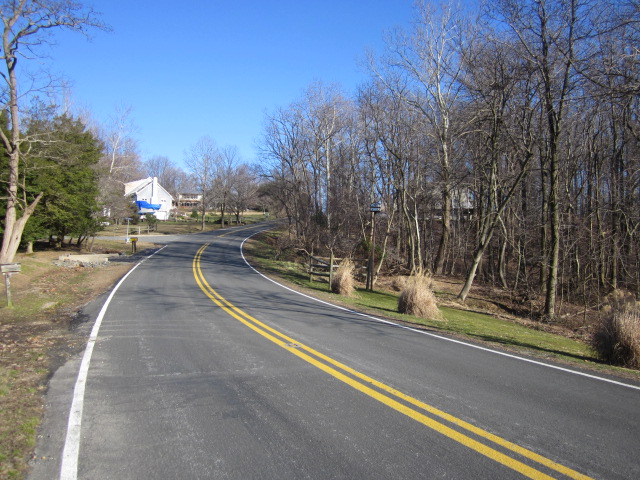 It turned out to be an ideal training loop. When the going got tough climbing the long steep slopes in the Canyon, I remembered climbing this 200 yard steep hill. Yes, I measured the distance.

So the day before the walk was due to commence in the middle of May, we flew out to Phoenix. JRI provides a list of hotels / motels that they will pick you up from. 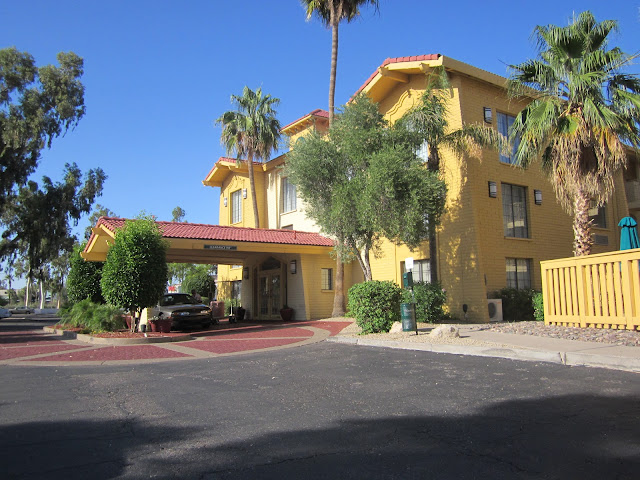 We chose a La Quinta which was close to the airport but we had to call them to send the shuttle. The room was clean and comfortable and the staff were very friendly and helpful. There was a Dennys next door where we went for lunch. Marianne and I wanted to have a Mexican dinner where I could stuff myself with carbohydrates so we asked the girl at the desk where we could go. She mentioned Rositas which was a bit over a mile away and volunteered to have their shuttle take us there and then come to pick us up when we finished our dinner. By the way, the food was good. 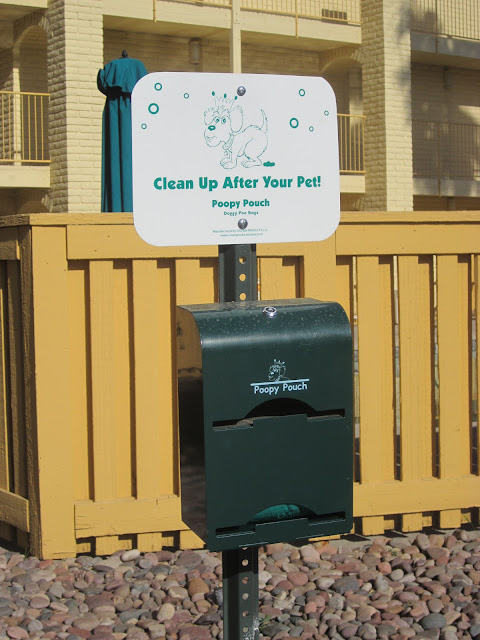 Whatever you take into the canyon, you have to pack out. I was wondering how you dealt with a certain event down in the canyon when you just had to go. I saw this just outside the entrance to the hotel. 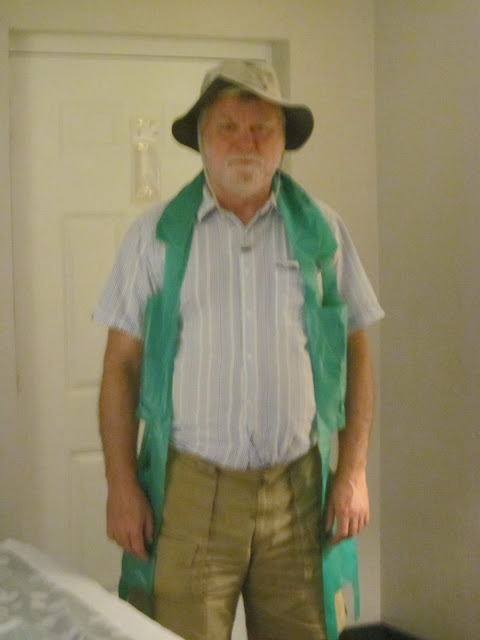