The new back deck

Ever since Hurricane Sandy back in October last year we have not had a back deck. We kept the door locked so that if we tried to go out there by mistake, the locked door would stop us falling.

Finally it was warm enough for the new back deck to be built. By warm enough I mean just above freezing. 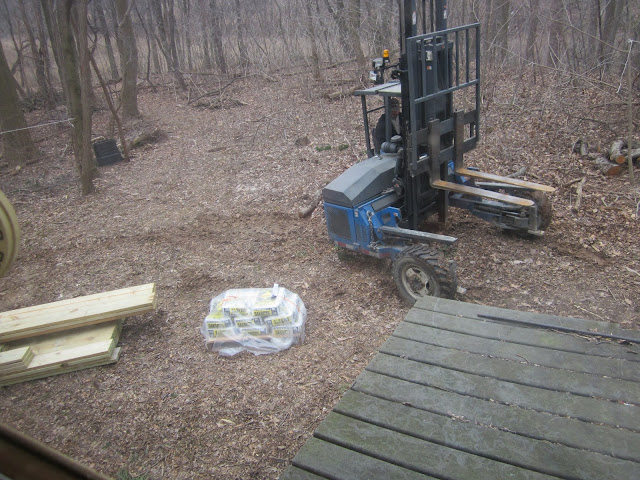 A bloke turned up with a big truck and this nifty fork lift and brought the wood, nails and concrete down to the back of the house. 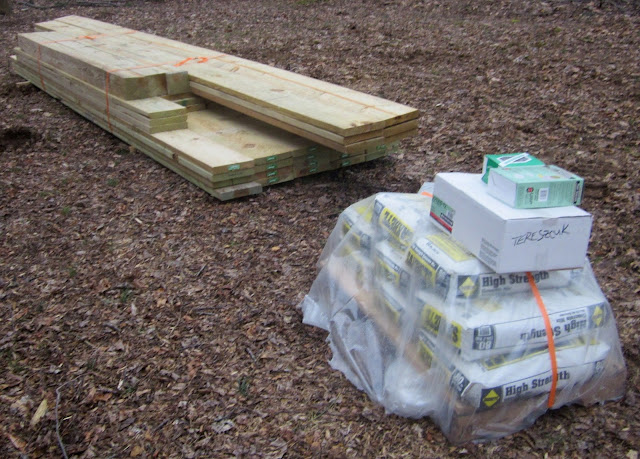 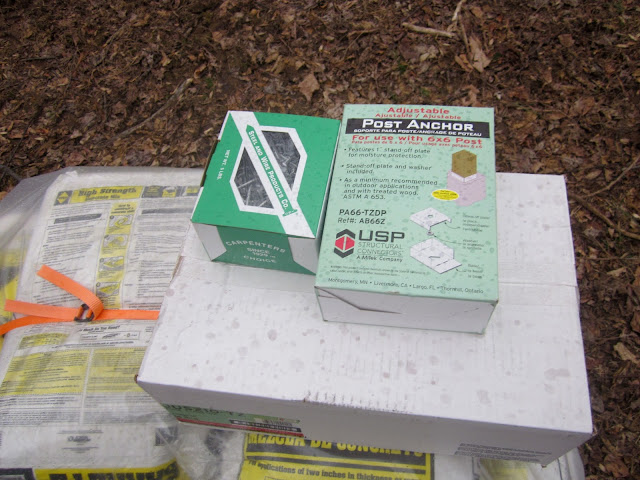 There are quite a few photos in this blog since this is an easy way to document the process. Now I know what brand of nails and post anchors were used. 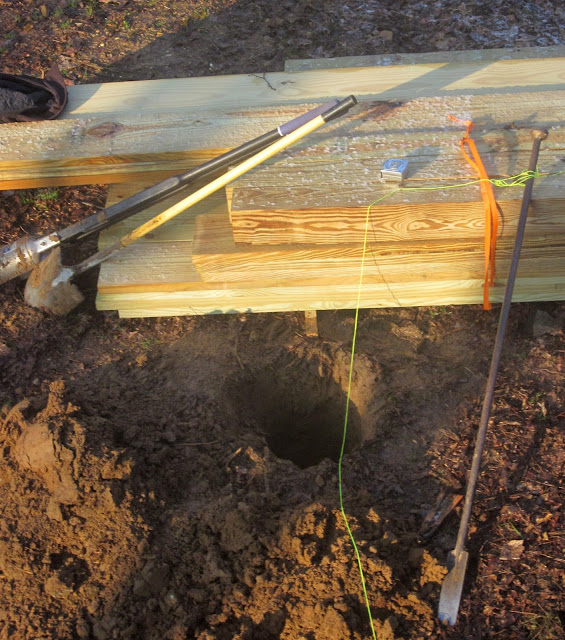 The crew of three turned up at 7 am and after a brief discussion to determine what was to be done, work commenced with the digging of the holes for the footers. 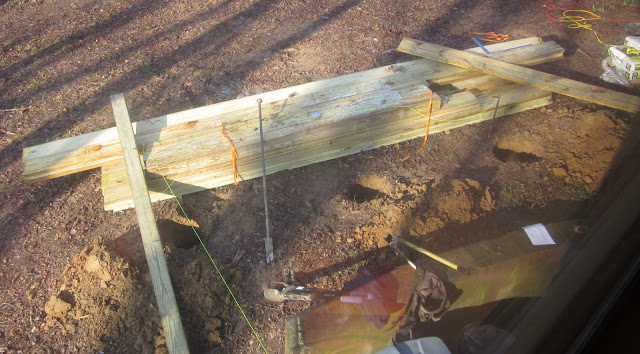 Knowing that they did not need an audience supervising, I kept out of the way and just listened to the banging, hammering and sawing. 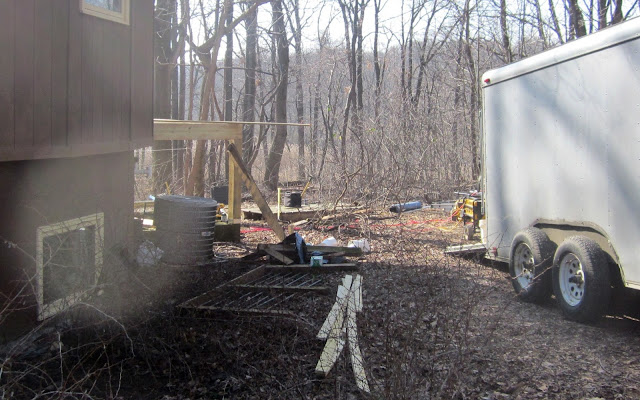 By late afternoon they called it quits for the day and I went out to see what had been accomplished in just one day. 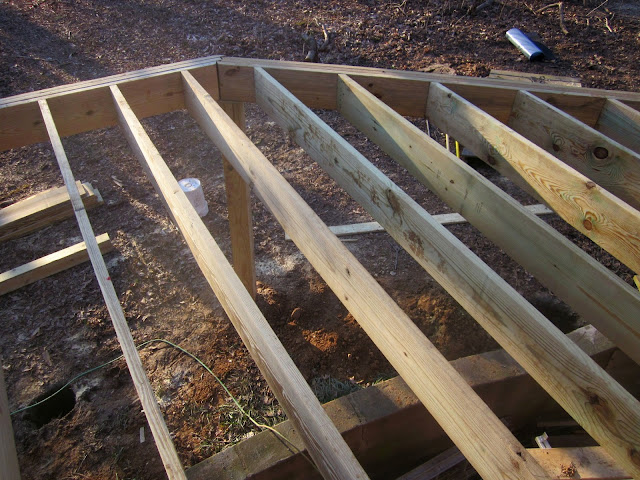 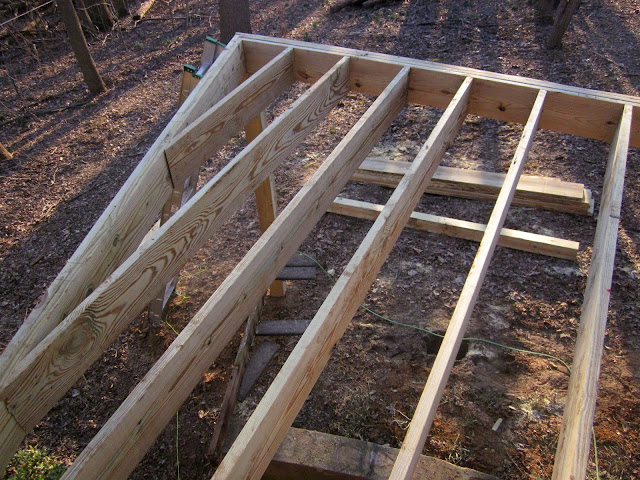 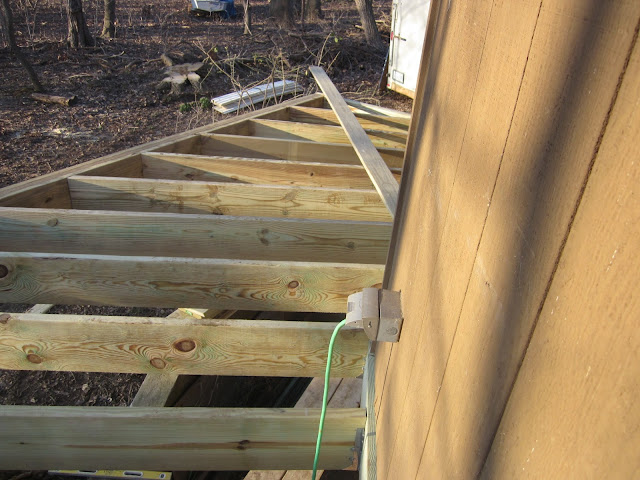 The main deck was installed. 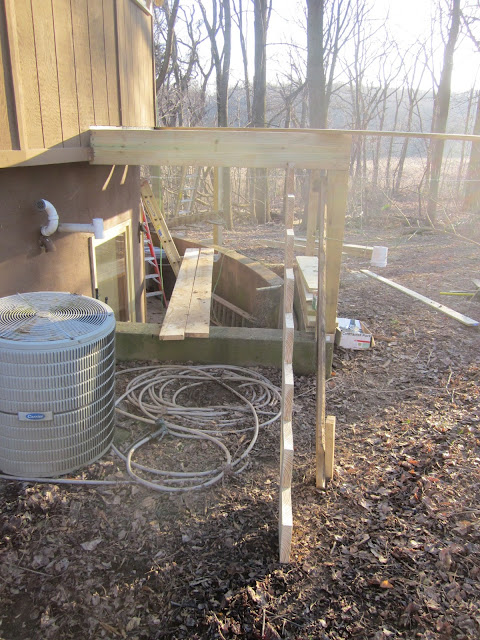 Even one of the risers for the steps had been installed. 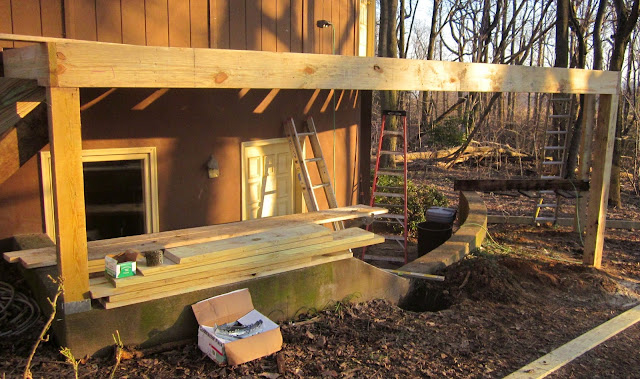 No, the 6 x 6 posts are not crooked, that is the camera's fault. 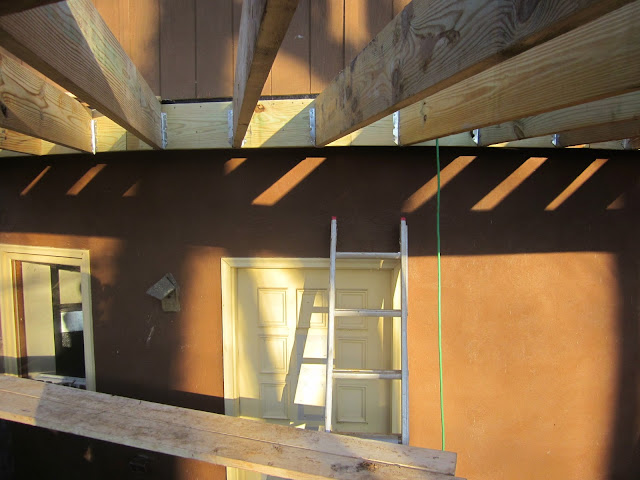 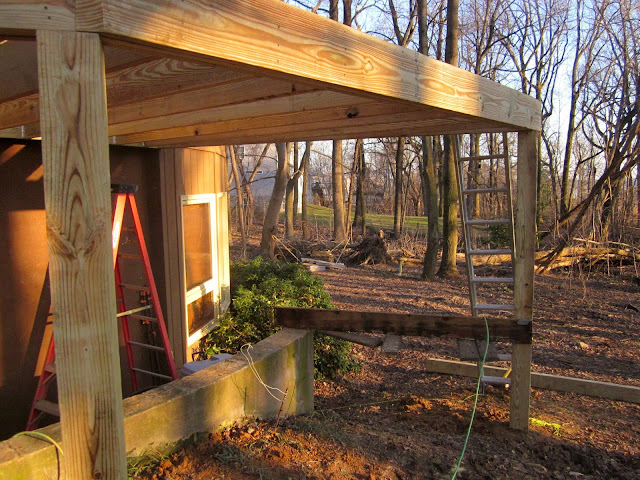 This would have taken me weeks to accomplish by myself. The next day while I was away doing the trip to New York, they were back again. It was dark by the time I got home but I was able to walk out on the deck with the composite boards. 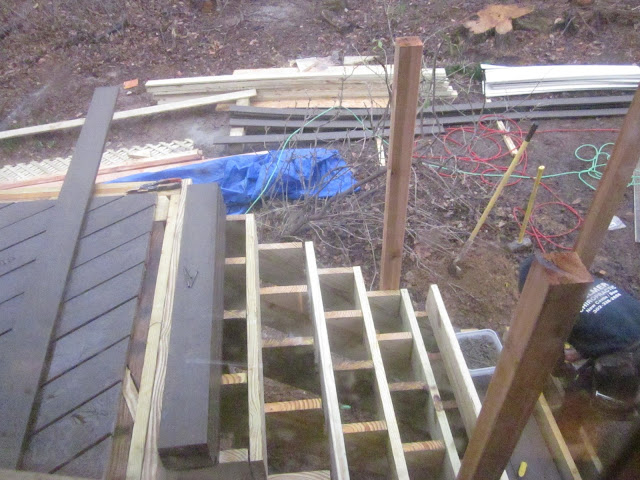 The next morning work the Amish guy was back building the steps. 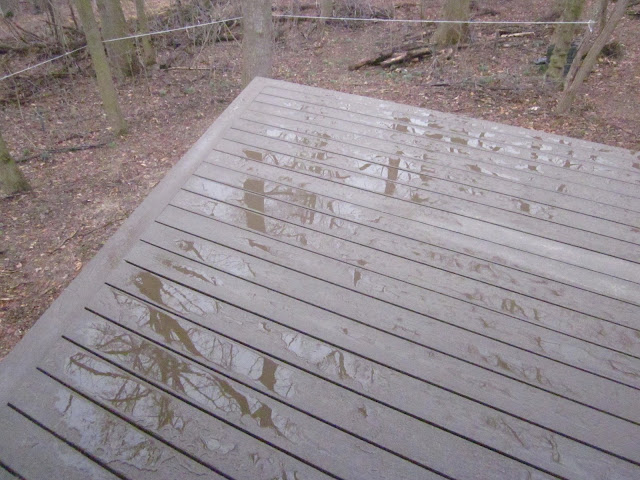 Yes, the deck has a point to it like the Titanic. I doubt it will sink since the deck feels very solid and strong. 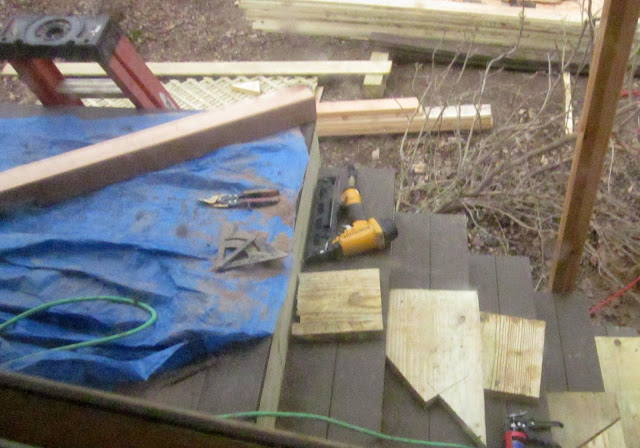 Steps more of less finished  except for the railings. 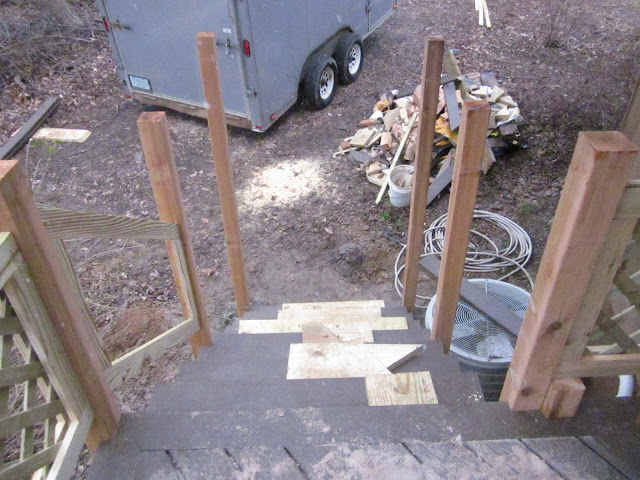 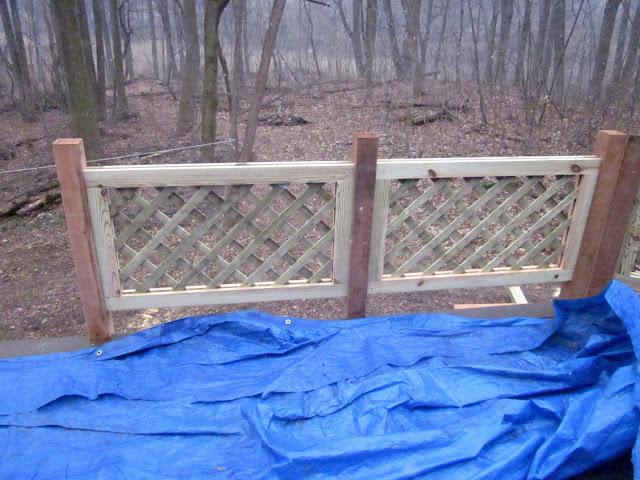 After a good deal of discussion, Marianne decided on wooden lattice for the railings. I thought she didn't like lattice but it turned out she did. 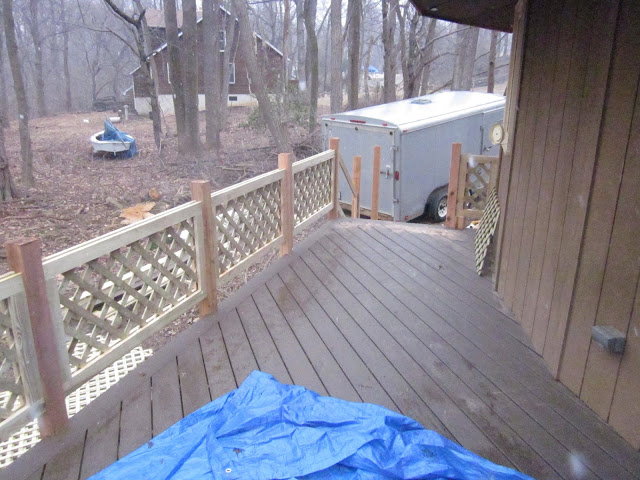 So the new deck is narrower at the end closest tt the road and the steps now go down parallel to the house. The other end is much wider. We were not sure how it would turn out but we like the new shape. 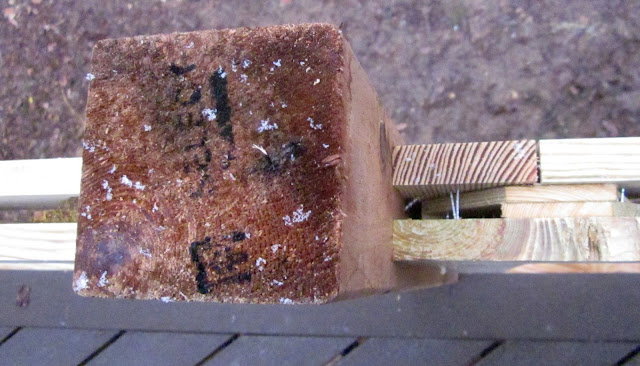 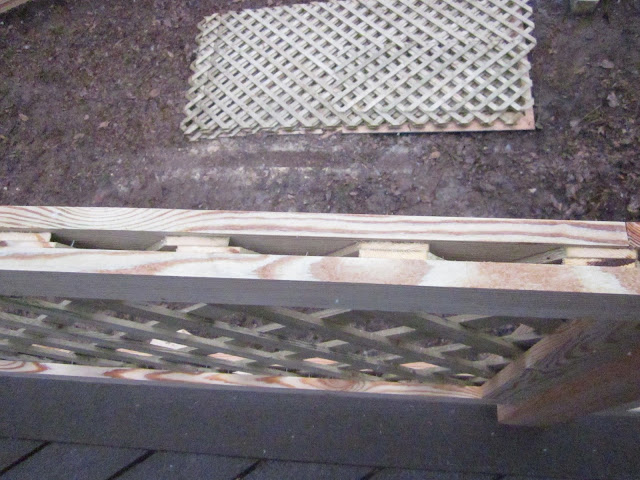 Details of the railings. 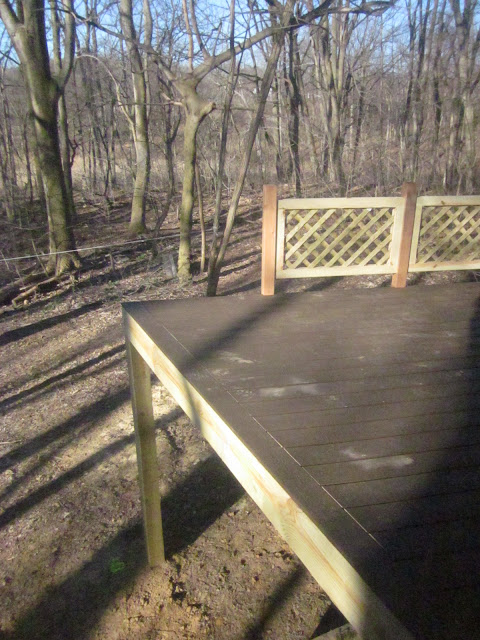 The railing almost done. The posts are cedar and the lattice is pine. Eventually there will be a cedar railing on top. 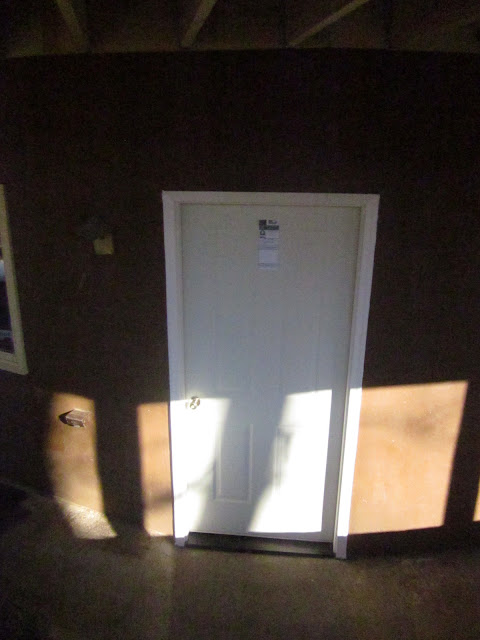 The new back door downstairs. 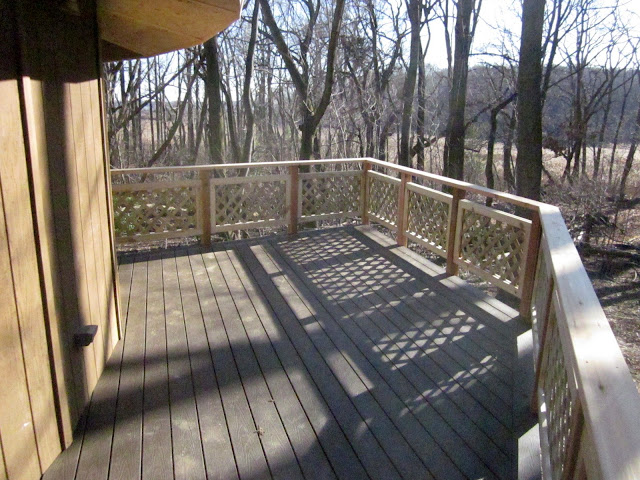 The finished product. We are really pleased how the wide area turned out. There should be plenty of room for a new barbecue.

It is supposed to get up to about 40 degrees on Wednesday so we can start staining the railing. 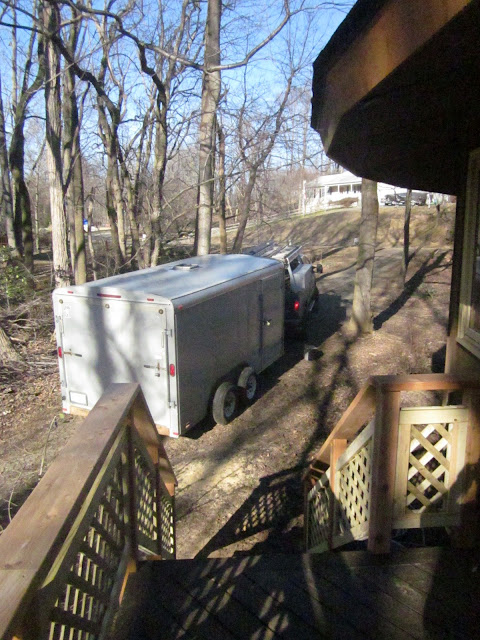 So the gang tidied everything up, loaded their caravan and headed off. 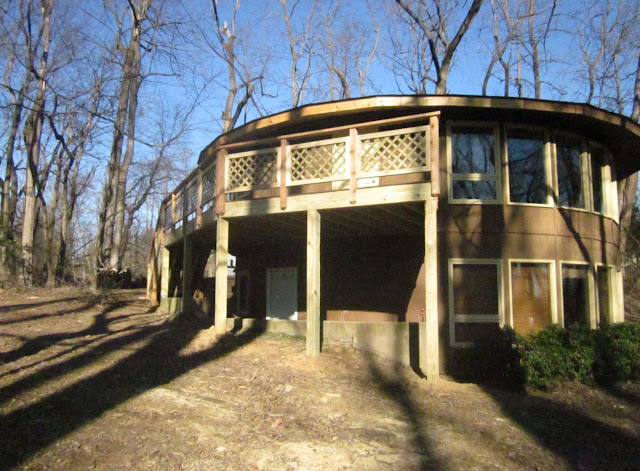 So here it is. It took them four days but for two of the days, there was only the Amish bloke working on it. The 6 x 6 posts need to dry out for a few months before they can be stained so I will do them just before going off to Europe in May.