The Portuguese Festival in Sydney

Robin sent us a few pictures of the Portuguese Festival held yesterday in the suburb of Petersham where she lives in Sydney. Since there hasn't been a blog for a while and you are probably sitting around scratching yourself wanting some entertainment, here they are. The descriptions are Robin's. 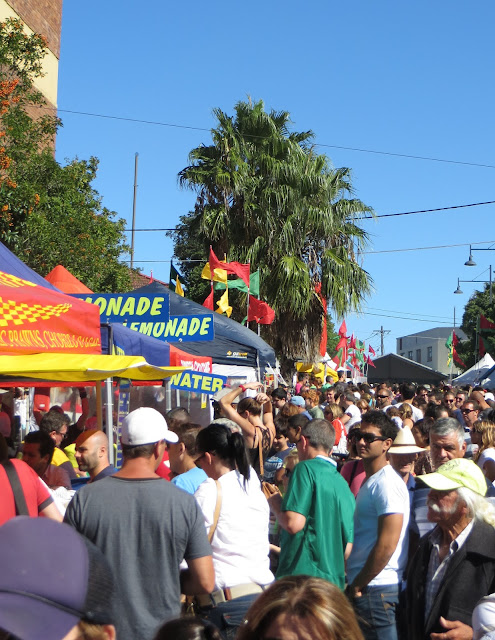 It was packed! We went around 3 and stayed till about 5. They had all manner of Portuguese, Brazilian, and so on stalls selling pottery, knickknacks and food! 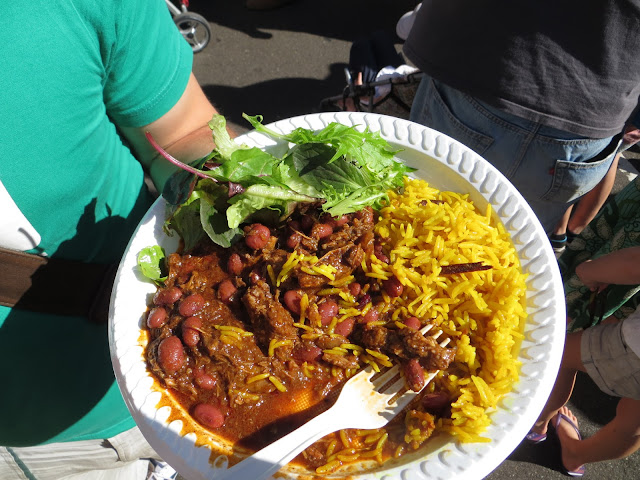 I had the feijoada from a Brazilian stall which is basically spicy pork and bean stew. 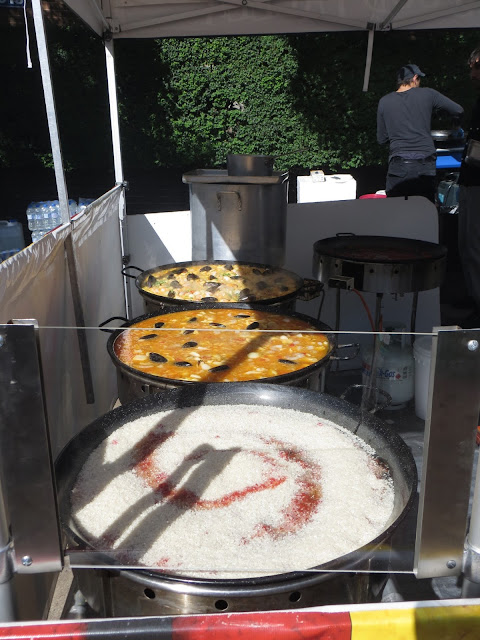 Alex had the seafood paella from another stall. They were both good! 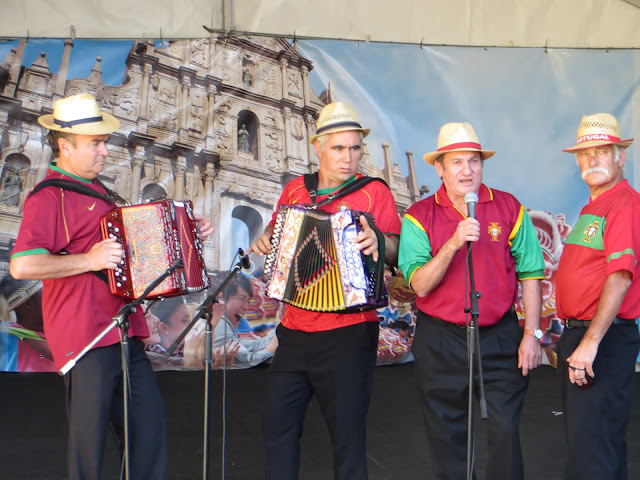 The whole of Audley street and a side street were closed off and they had three stages with various bands playing. They had these traditional accordion players and also a contemporary Portuguese rock band who are apparently very popular in Portugal, which we enjoyed. 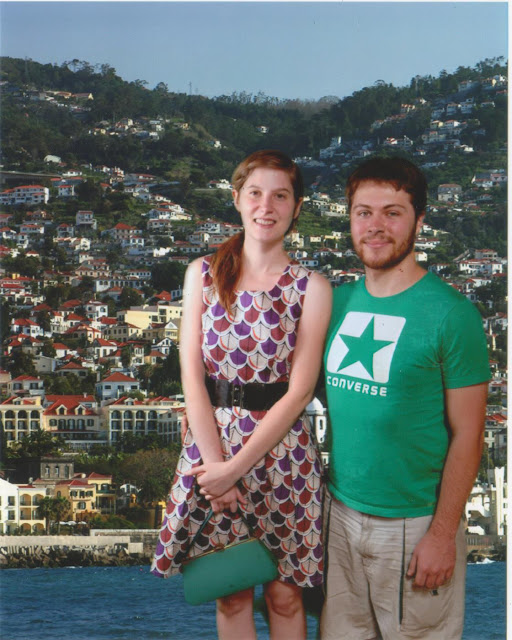 Marrickville council (which is also in charge of Petersham) had a photobooth set up where you could get your photo taken in front of a green screen and they'd put a background of Marrickville's sister city Funchal which is in Madeira. So of course we had to do it! It was a really good time and as a bonus when we were heading home the Brazilian place where I had my food at was selling off their leftovers for half price so we got some more beans and rice to take home!