The eigth anniversary of my retirement

When I was picking a date to retire, I noticed that January 11 seemed like a convenient day. It also happened to be my mother's birthday and I thought she would be amused by my choice of date. Today would have been her 100th birthday. 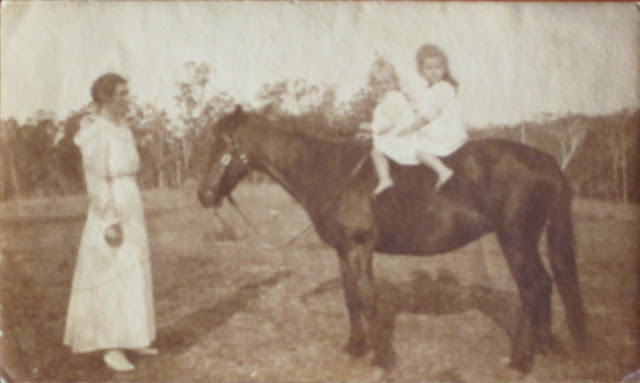 This is the earliest photo I have of her. Her older sister is behind her on the horse. Her mother died before I was born. 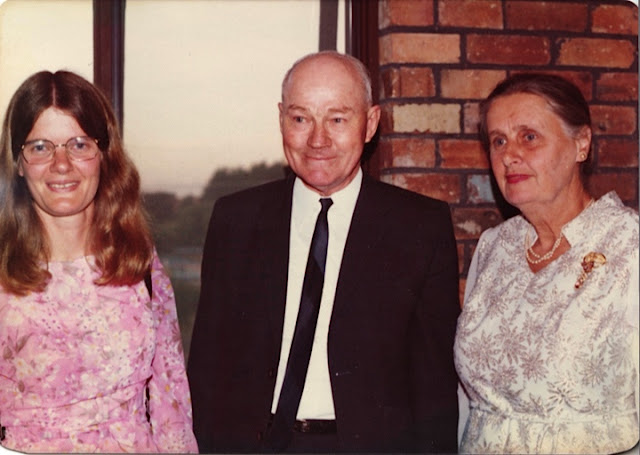 My older sister Anne, my father and mother. The photo was taken in 1973 at my younger sister's wedding. Tonight we will have a bottle of champers in her honour but my mother would not have been too impressed because she did not drink alcohol. However, my father would have joined in and had a glass. We were a very happy family.

It's now two years since my triple bypass and I still appear to be doing well. I continue to do the three mile walk around the community and my doctor reckons I am looking good. Marianne wonders whether my travel planning has become an obsession and she could be right. I believe I have been given a great gift of extra years and I plan to use them. This list is what I have done since the surgery.

Next month, I will head off again by myself to do these tours:
Egypt
Morocco
and then I will take a train to Tangier, cross the Strait of Gibraltar, bus to Malaga where I will do the Caminito del Rey walk and then fly back from Madrid.

In May, Marianne and I will travel by boat down the Norwegian coast and then spend a week or so in Poland where some of her ancestors came from.

So each year on this date I go for a walk down to the community jetties and take some photos. Prior to doing this blog, I look at the blogs for this date from prior years and it's interesting to see what has changed or not changed over the years. 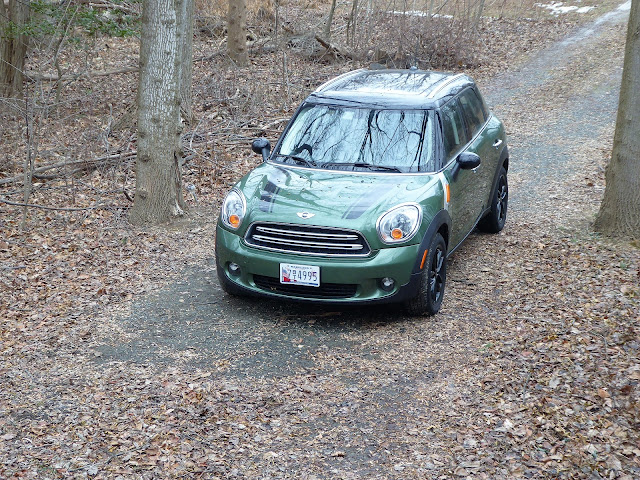 The lease on our Mini will be up at the end of April shortly before we head off to Oz. It has been a great car and we have thoroughly enjoyed it. By the way, I have never opened the hood (bonnet). 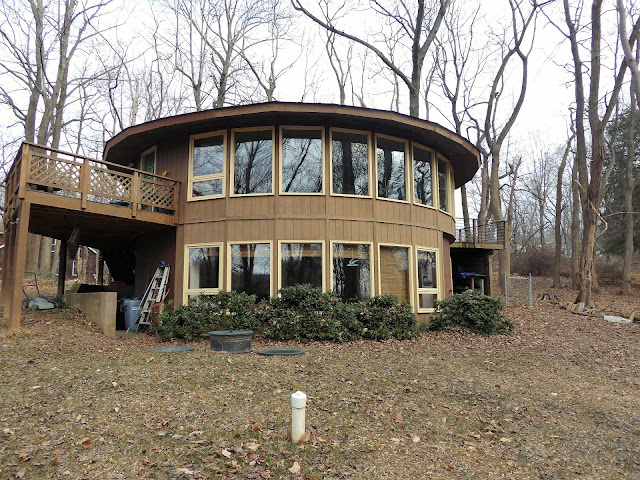 After the new septic system was installed last year, this area was a sea of mud. I planted grass and it came up so now we can walk around without sinking down to our ankles.

We were commenting at breakfast how after 31 years, we still enjoy looking out of the windows. 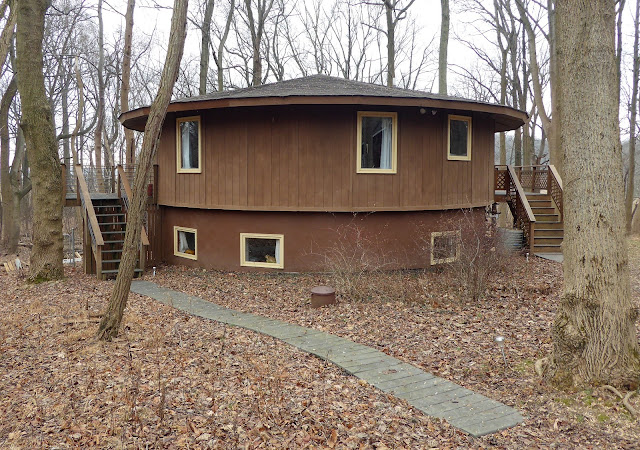 It has been a fun house to live in. 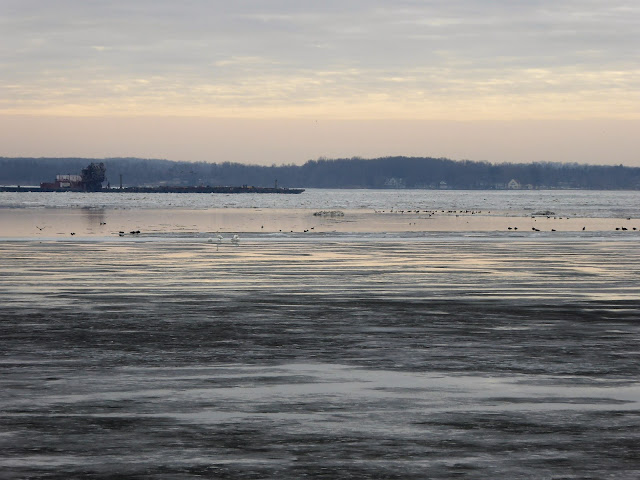 After all the super-cold weather, the bay is still mostly frozen. That dredge has been there for several months now. 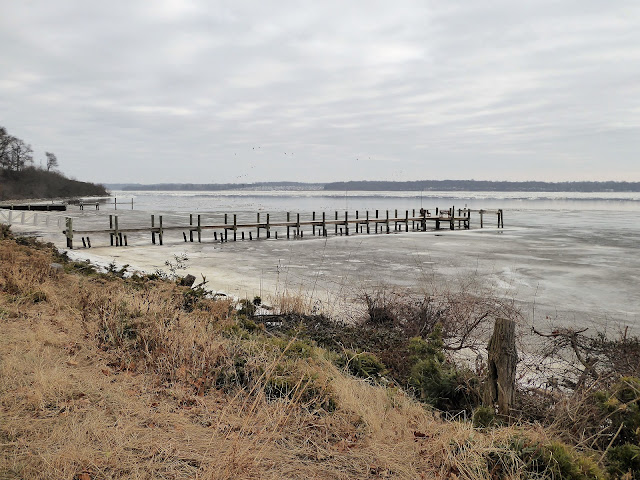 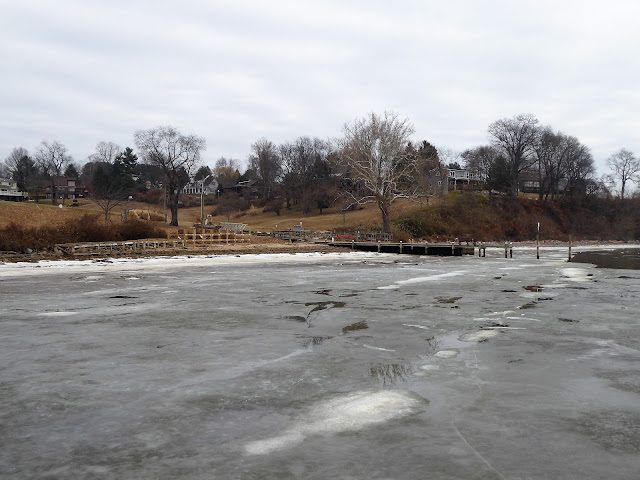 The short jetty where boats are launched. 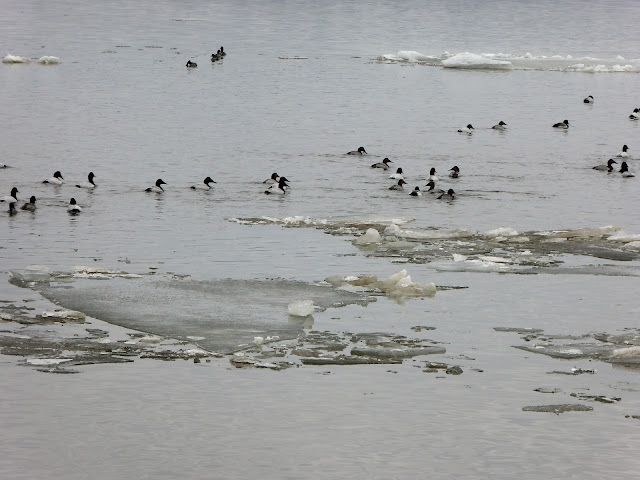 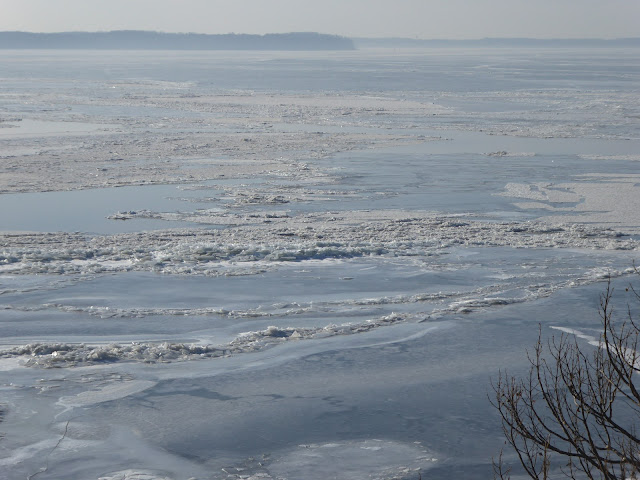 One of my former co-workers lives in the community and we sometimes go for a walk to the light-house on Wednesdays. Yesterday the temperatures were finally above freezing so we headed off. Here is the ice on the Chesapeake Bay which had frozen over. 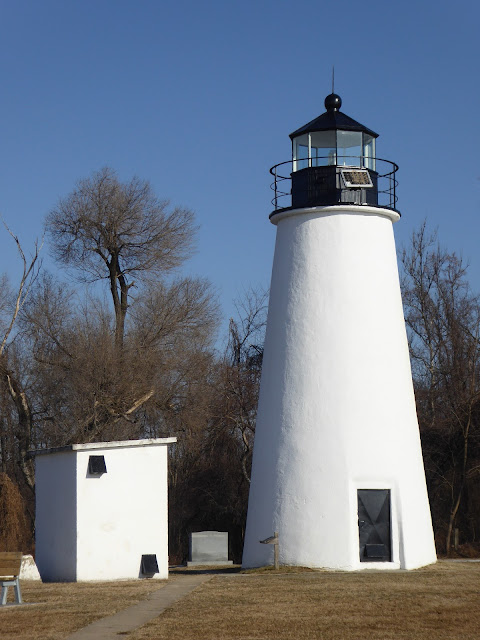 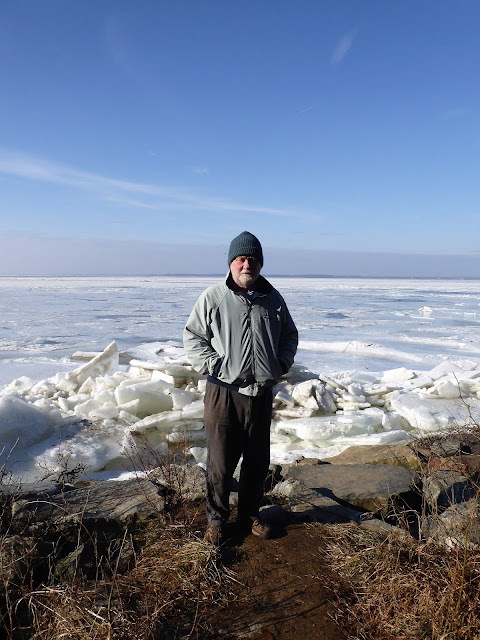 Your hero. Yes, it was cold enough to need the beanie. 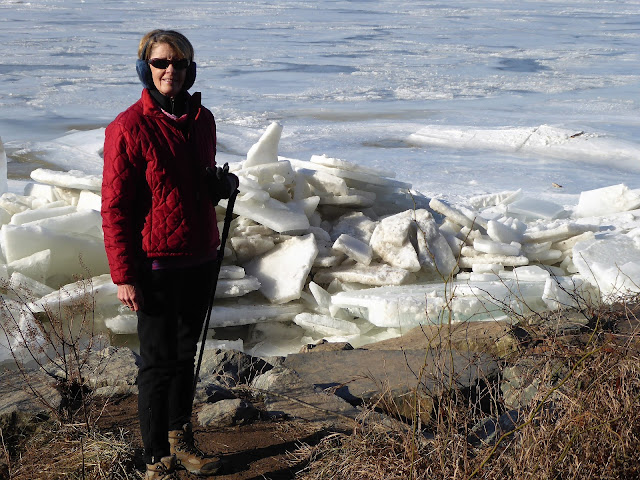 We joined the community college about the same time and both rose through the ranks to be on President's Staff. We sat in so many meetings together which we can now laugh about. As we headed off, Chris remarked that 'today is All College Day' and we both groaned and were relieved that we did not have to attend, yet alone plan the event. Retirement is wonderful.