Sitting on the train for so long had made walking more difficult for me, so strolling around the French Quarter was not on my agenda. So we took our first Uber ride to the School of Cooking which I had signed us up for. 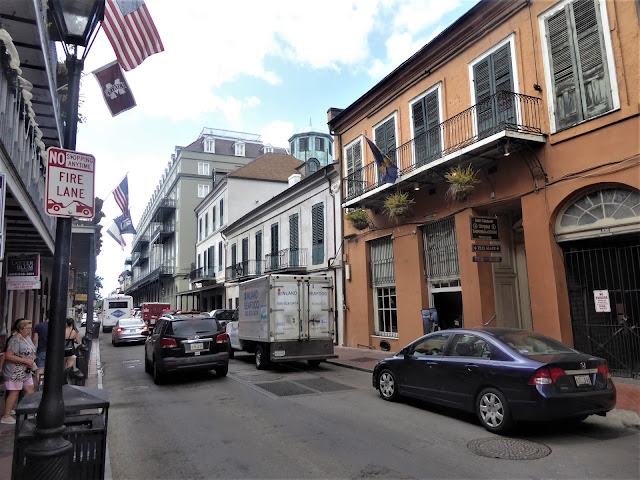 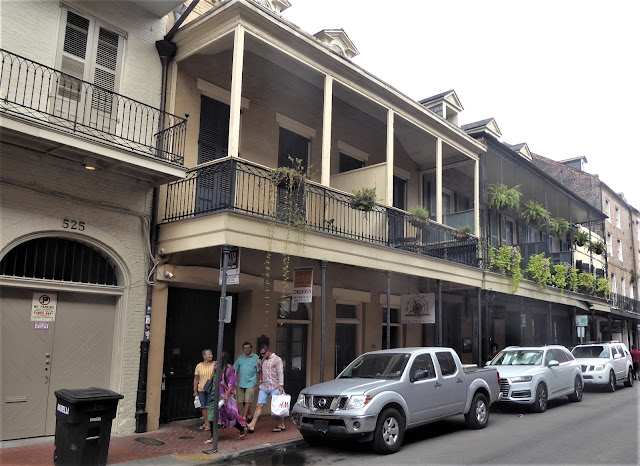 The School is in the French Quarter. 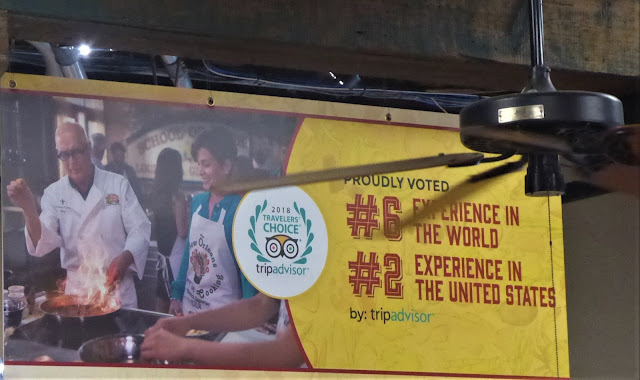 Here is the Trip Advisor link. 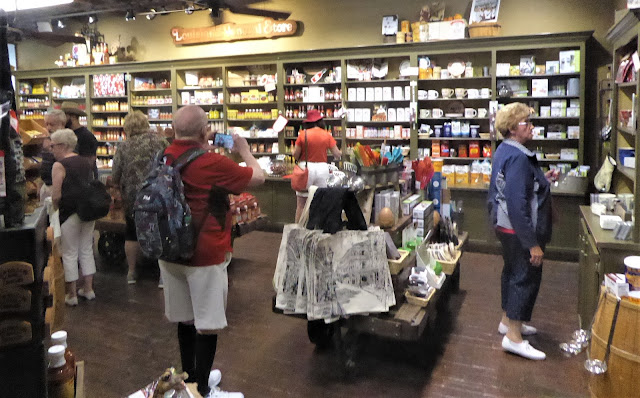 You wait in the shop until just before they call your name and you are let into the classroom. There are no seats. 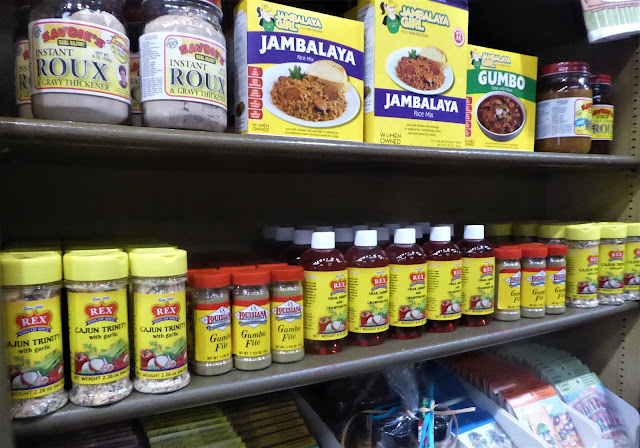 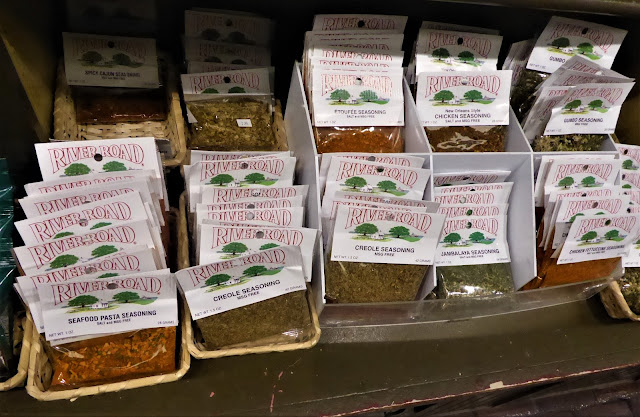 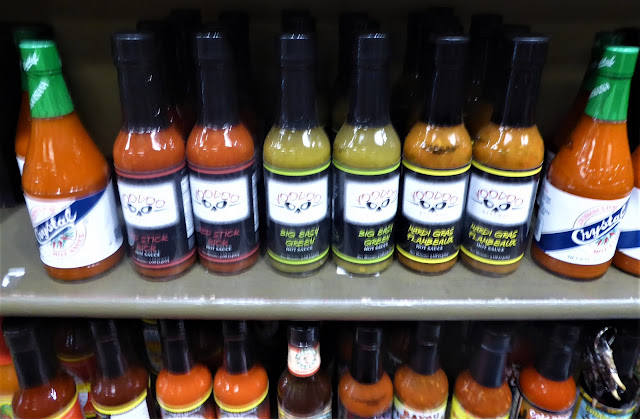 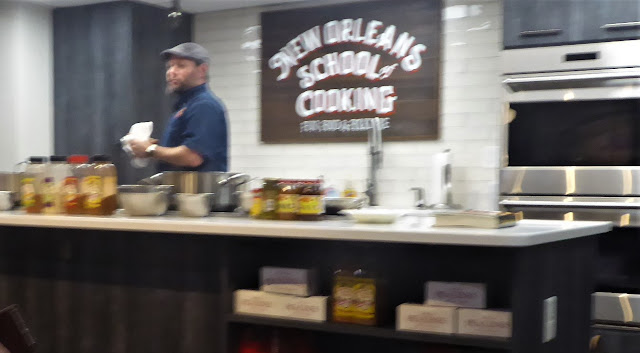 Our instructor was Brandon and he was entertaining and knowledgeable.

A view of the food prep area in a mirror. 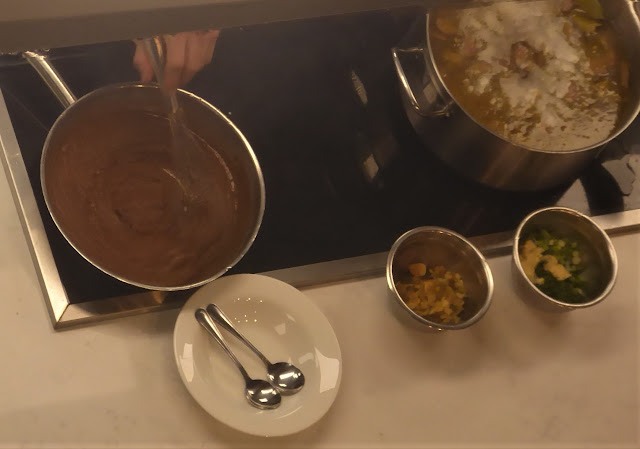 The first dish was a gumbo which uses a dark roux to make the base. Note the dark colour in the pan at the left which is achieved by cooking the roux for 10 minutes with constant stirring. Incidentally, gumbo is the Haitian word for okra which can be used as a thickener because it has a lot of starch.

Note his big pot of delicious-looking broth at the right. We were given the basic recipe but I bet there are a lot of trade secrets. 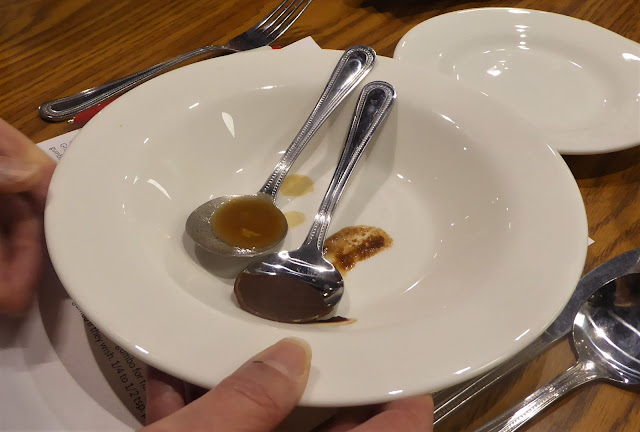 Notice how dark the roux can get. If you are gluten intolerant you can use rice flour instead of wheat flour. I seem to remember he recommended bread flour for the roux instead of regular flour. 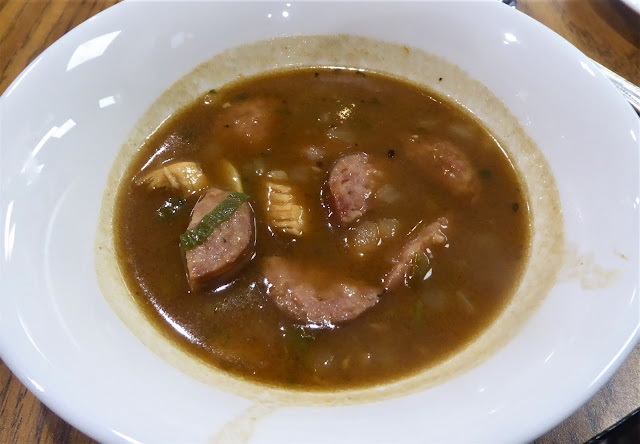 We got to sample the final result and it was the best gumbo I have ever had. A couple of other tips. Don't use okra if you are adding sausage or chicken to the broth. And definitely no hot dogs or tomatoes under any circumstances. He also recommended adding the garlic and spices just 10 minutes before serving.

A free pitcher of amber beer was placed on the table so you could eat and drink well.

I am trying to persuade Marianne to be responsible for making gumbo in future since she likes to make soups. Somehow I think I will get lumbered with the job. 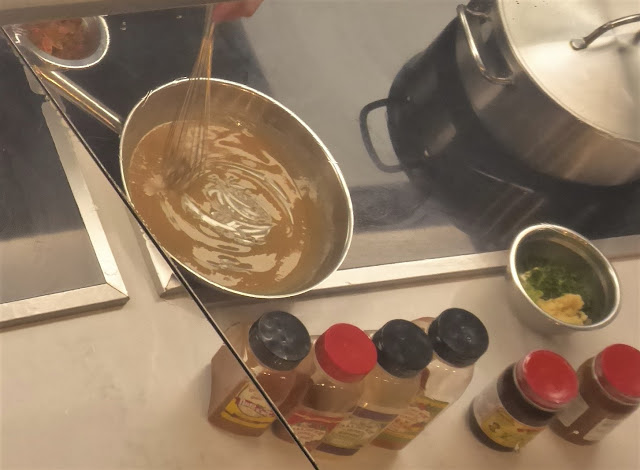 The next dish was chicken creole. Here he was making a peanut butter coloured roux. And in case you don't know, cajun cooking comes from the French who lived in Canada and moved south to Louisianna. Creoles were people who were born locally and could be of any race. 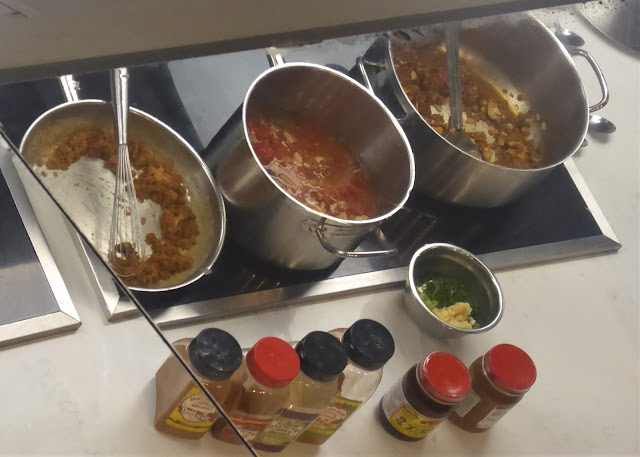 He added extra butter at the end. 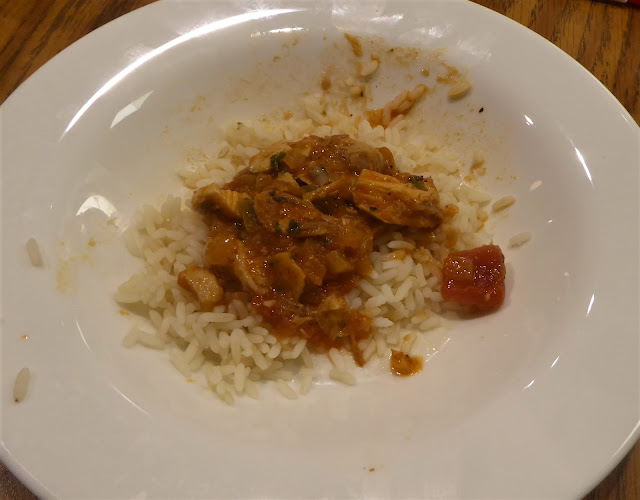 Pretty good, but not the equal of the gumbo. 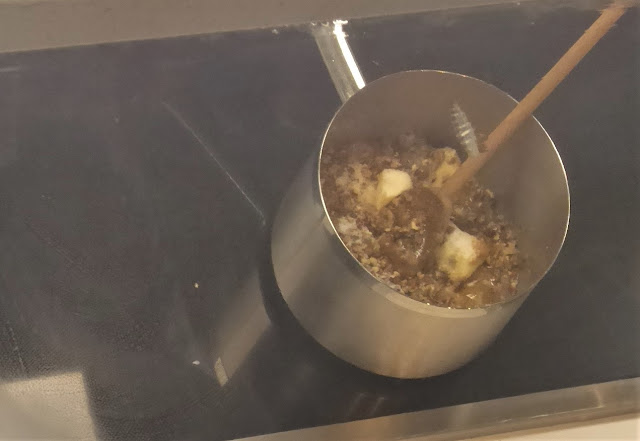 The final dish was Pralines. Here he is cooking brown sugar, butter and milk. 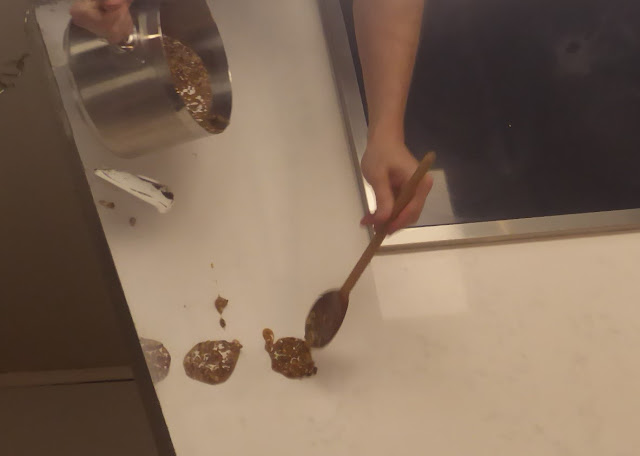 After the mix gets to the 'softball' stage, the mix is spooned onto wax paper. 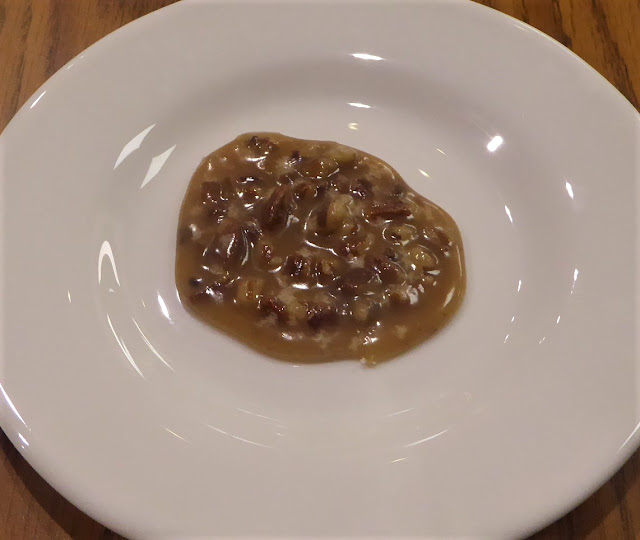 The result is ready to eat almost immediately and is super sweet. Personally, I would prefer my mother's Anzac biscuit (see the Rockhampton recipe) if I wanted something that sweet.

It was a fun couple of hours and I heartily recommend it. By the way, to be a successful cook in New Orleans you need to have been taught by your grand-mother who wacked you with the wooden spoon used for stirring the roux. Or you can buy the roux premade in a bottle.