I am counting the day we arrived as day 1 so this is day 3.
Marianne has joined the Facebook group for the quarantined guests in the hotel and it appears that people are getting different meals and some meals are better than others. I told Marianne to post to the group that our meals are better because we paid $5 extra but she has better manners than I have. Some are posting photos of their food on the group. It's one way to keep busy. 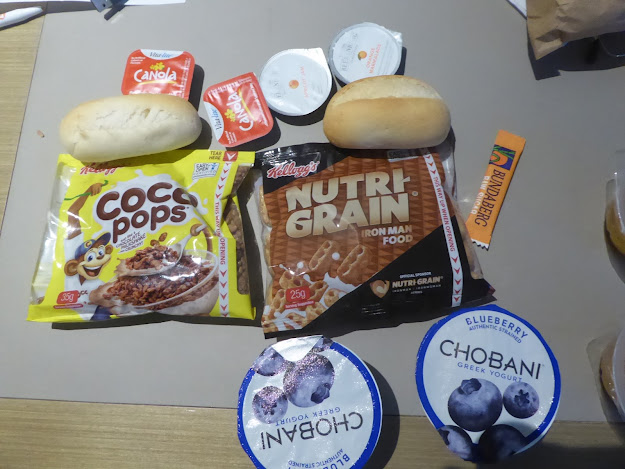 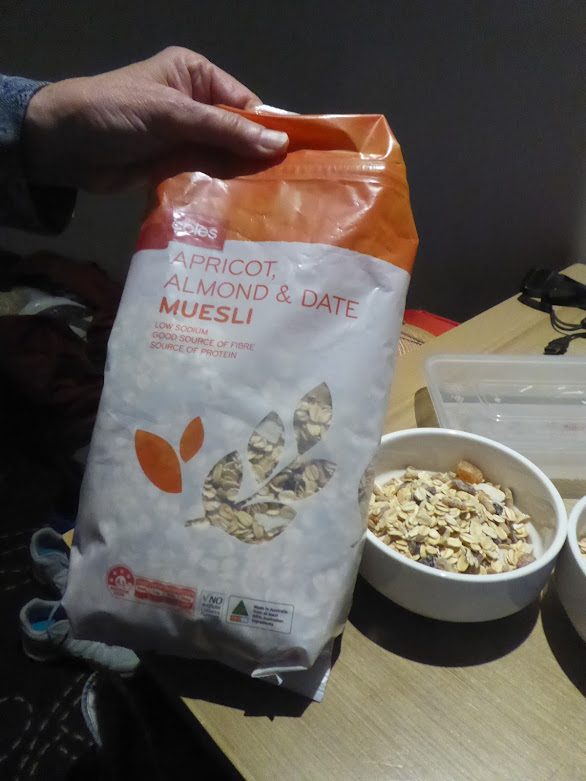 We substituted the muesli that Robin included in our care package yesterday. Much better and a good deal more filling. 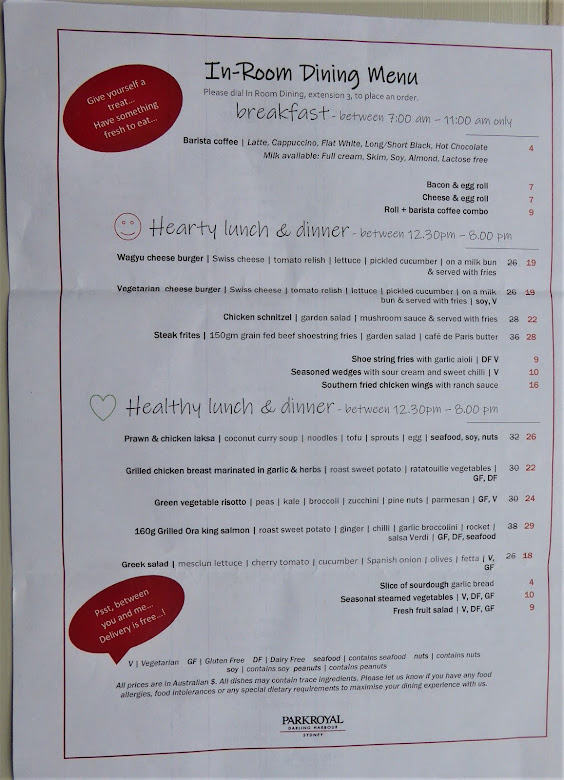 Click on the photo to enlarge. I suspect the food would be less than piping hot when it arrived at the room. 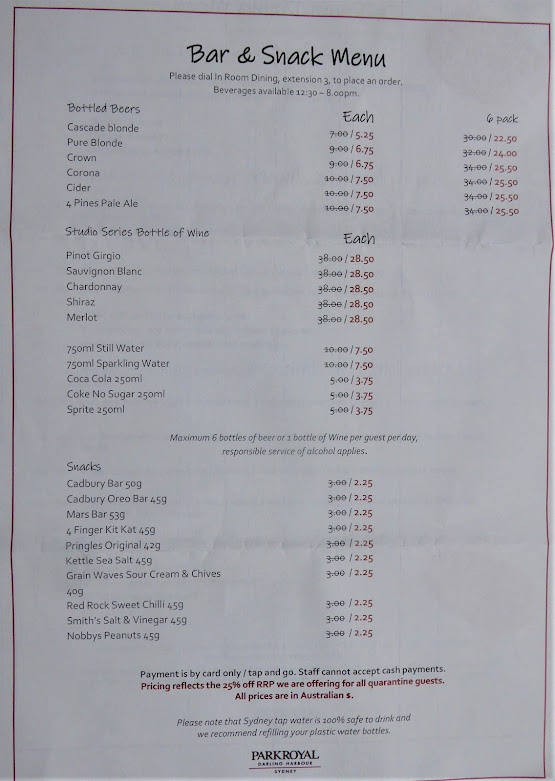 The Studio Series wine comes from Angoves. Most of their wines retail at $18 to $22 so the markup is not too bad.
Cascade Blonde is $15 for a six-pack.
Curiously, we were lying in bed last night and I mentioned to Marianne that I was thinking about wine and she was doing the same. Normally we drink a bottle of wine at dinner every night and along the way indulge in a long wine conversation which degenerates to the ridiculous.  Because the dining arrangement in the room is not set up for such a conversation, we don't feel the need for wine so we will be teetotal for the two weeks. There are one normal chair and an armchair beside the table.
I finally remembered that I picked up a couple of Optus free sim card packs so I activated one of them this morning without problems. Another task completed.
We just had our Covid-19 test and we will have another on Wednesday next week. Throat and both nostrils were tested and Marianne commented that these nose tests were much more thorough than those that were administered to her at Christiana Hospital a couple of months ago. The young ladies were very friendly and apparently, they administer about 100 tests per day.  Marianne said that on the blog it was mentioned that there were approximately 300 inmates in the hotel. 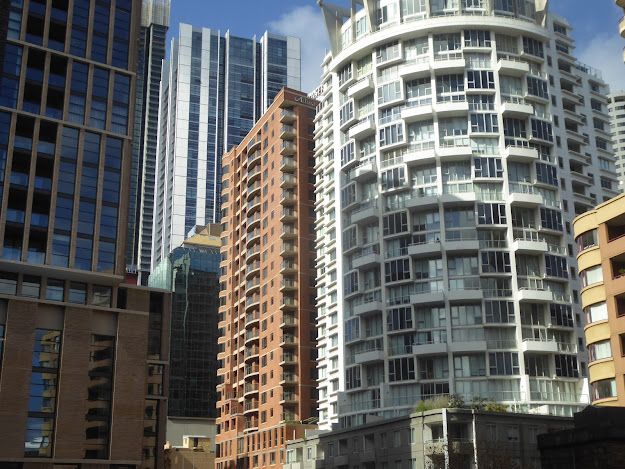 The sun finally appeared and Sydney looked more like its usual self. 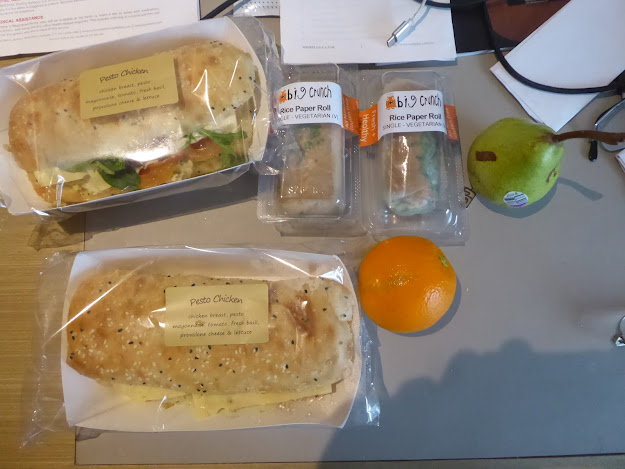 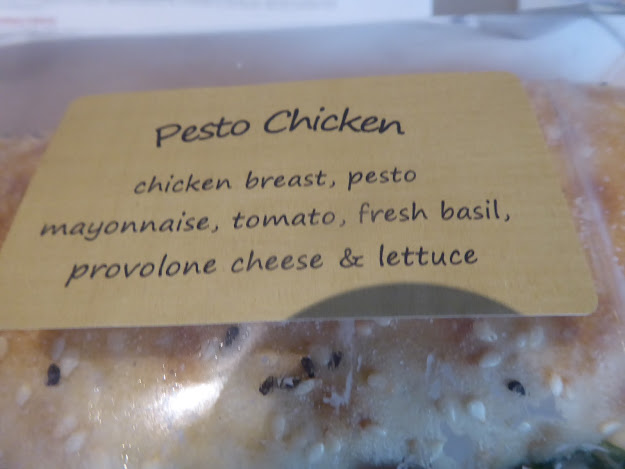 This sandwich was really big and really good. 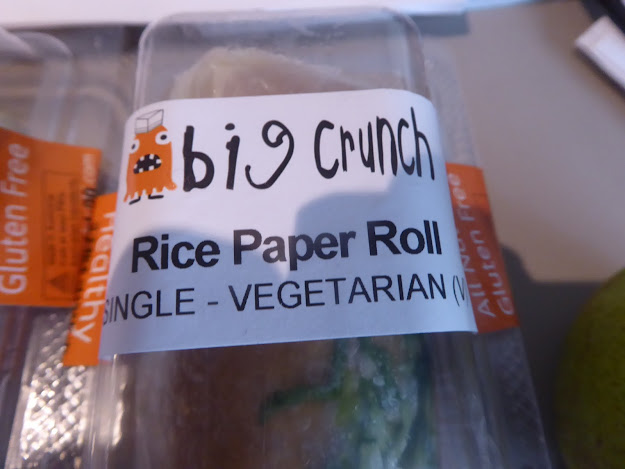 I enjoyed this as well. We are getting plenty of vegies. 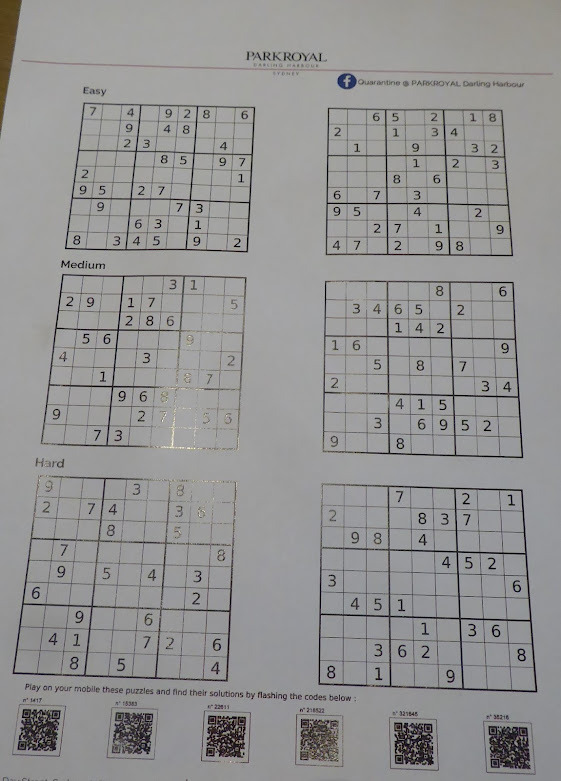 Something to do if you get bored. I love doing these and the Hard version at the bottom left was more difficult than the one on the right. 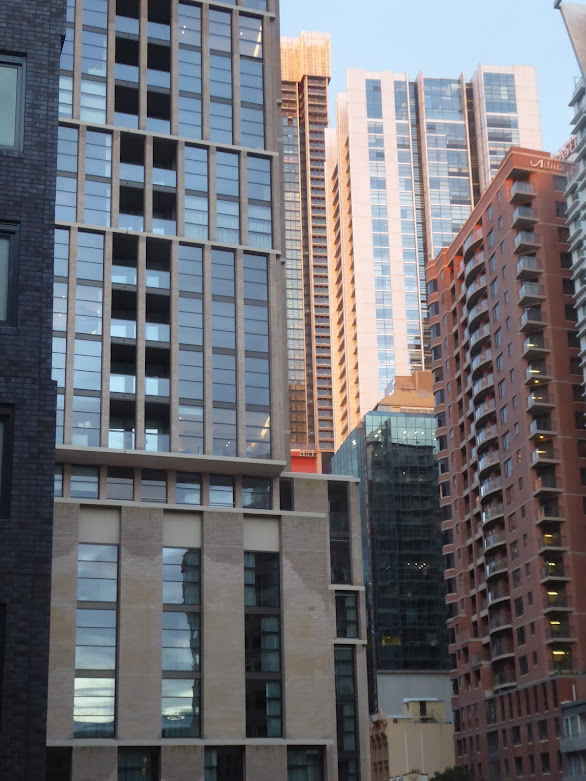 Late afternoon view. The rain should be gone for most of the week. 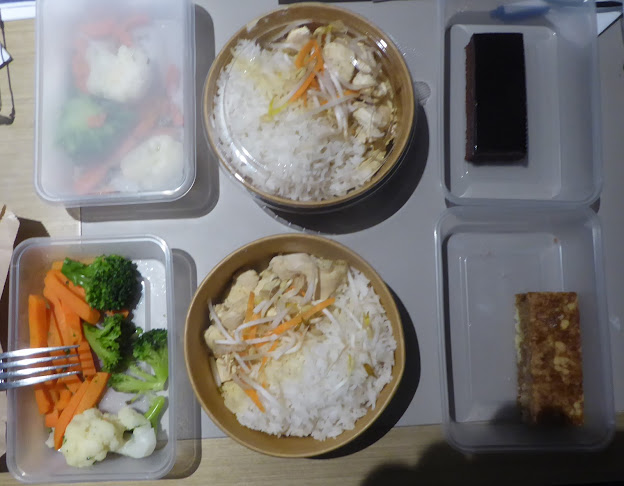 Dinner was bland and not all that interesting. There was not enough sauce or spice in the chicken mix.
And finally, my sister in Adelaide sent me a link to an article about emus banned from an outback pub for poor behaviour. Only in Australia.
https://www.abc.net.au/news/2020-07-28/emus-banned-from-outback-queensland-pub/12496000
Posted by Ray Perry at 8:12 PM