For the past few weeks, there has been a large bush fire raging on Fraser Island across the Bay. It was caused by some campers who did not properly extinguish their camp fire. Since the island is mostly undeveloped, there are few tracks for firefighters to get in and extinguish the fire and it has been left to burn until it is extinguished by rain.

When you look at these photos, realize that the fires are quite a distance away. I don't know exactly where the fire is located and it has travelled quite a distance, but this should give you an idea. I took most of the following photos with the zoom feature on my camera. 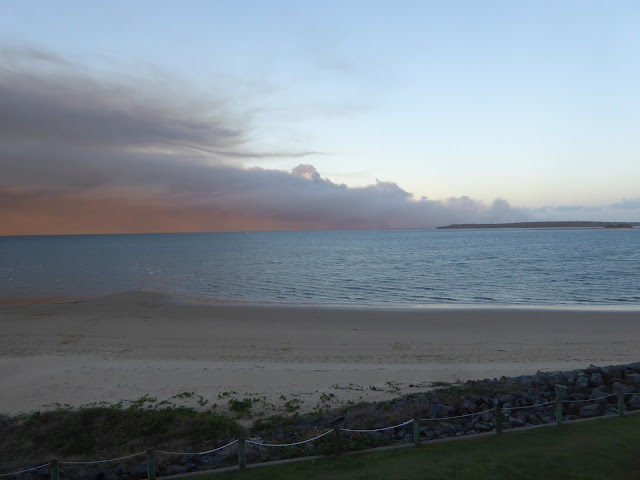 The island you see to the right is Big Woody Island. 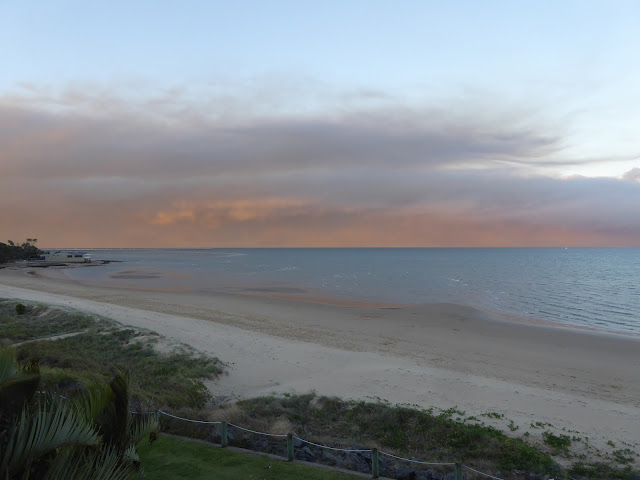 Looking directly north. The photos were taken at dusk so this is the sunset reflecting from the smoke which has spread across the bay. 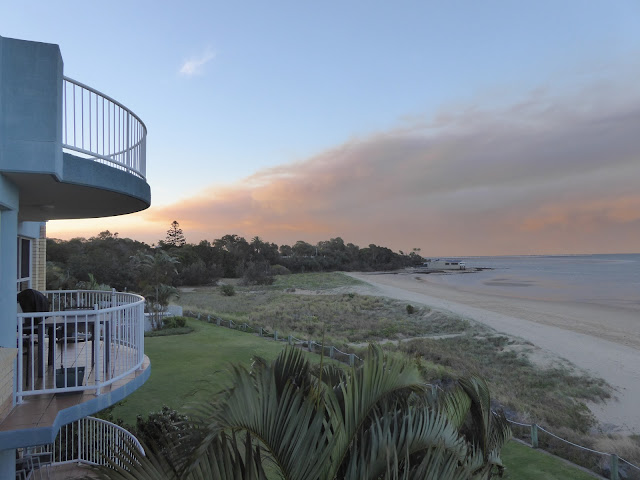 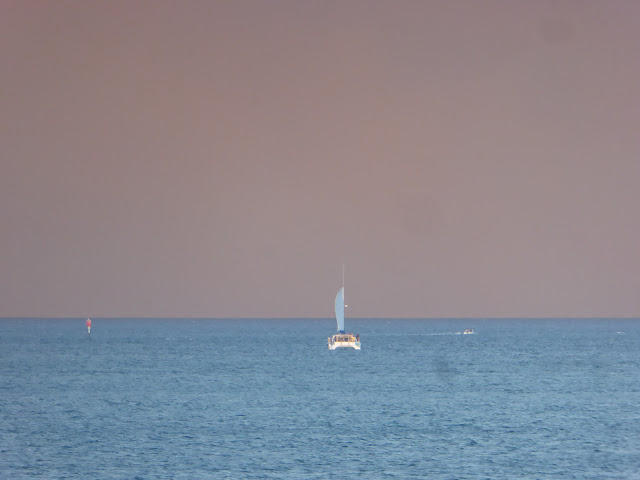 Looking north east along the line on the map. 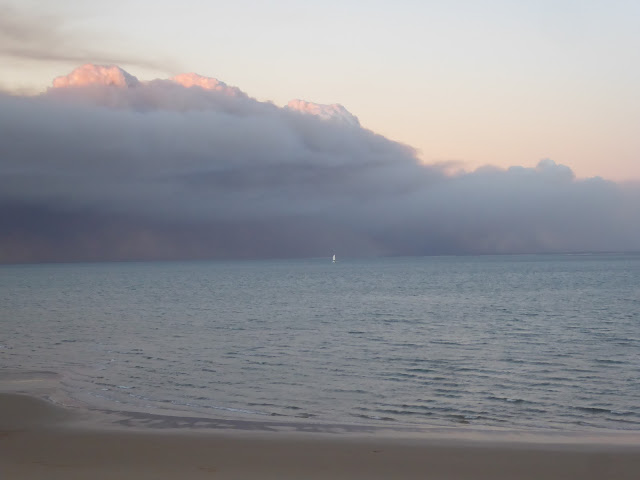 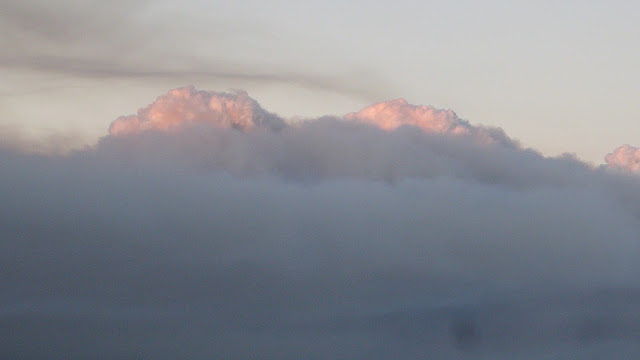 The fire is usually at its worst in the afternoon when the sea breeze has started up. It's usually a 20 knot wind and it often changes direction so it makes fighting the fire very difficult. 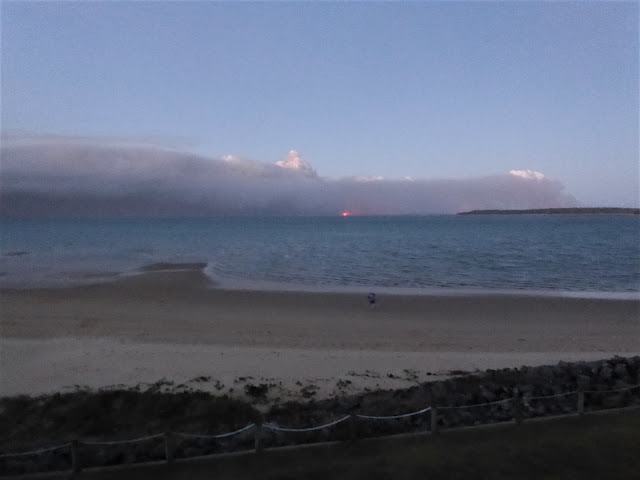 One of the fires and just remember it is probably about 20 miles away. A little while later, there were several similar blazes quite close to each other. At night, you can quite easily see the red glow. We occasionally see a helicopter with a large water bucket fly over but it's obviously no match for such a large extended fire. It won't be extinguished until we get a lot of rain.