One of the advantages of being retired is that you have the time to visit places that you haven't had time to visit in the past. Biltmore Estate is a great example. We would go down to Georgia every couple of years at Xmas time to stay visit my sister and brother in law, but because I had to be back at work, there was no time to stop off in Asheville, NC to check out Biltmore.

It's expensive to visit with tickets costing about $50, but we spent most of a day there. 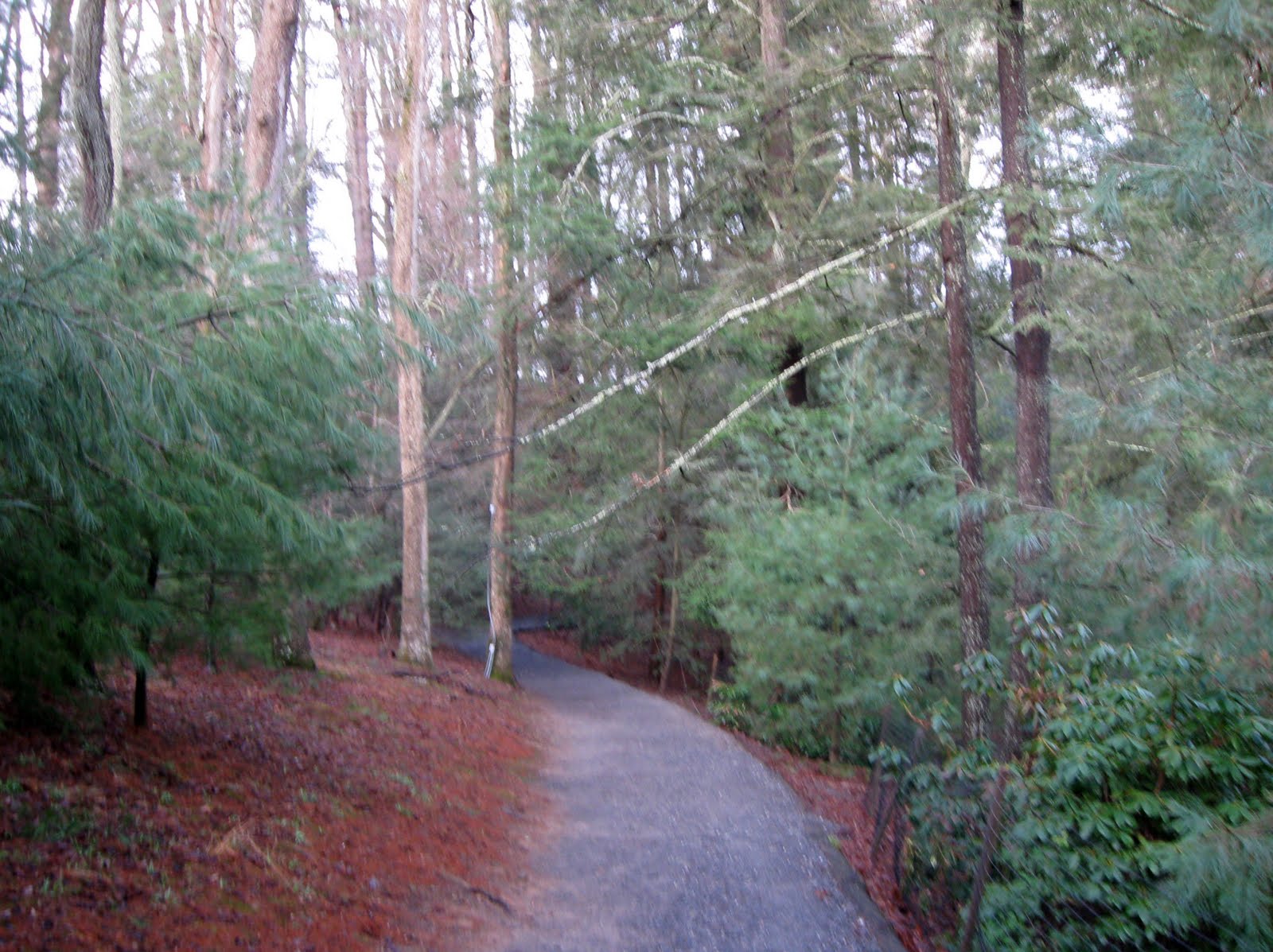 There is a sign in the parking lot that says it is an eight minute walk to the estate. In fact it is only a couple of minutes walk along this path to the Belvedere that offers a great view of the main building. I would not bother to take the shuttle. 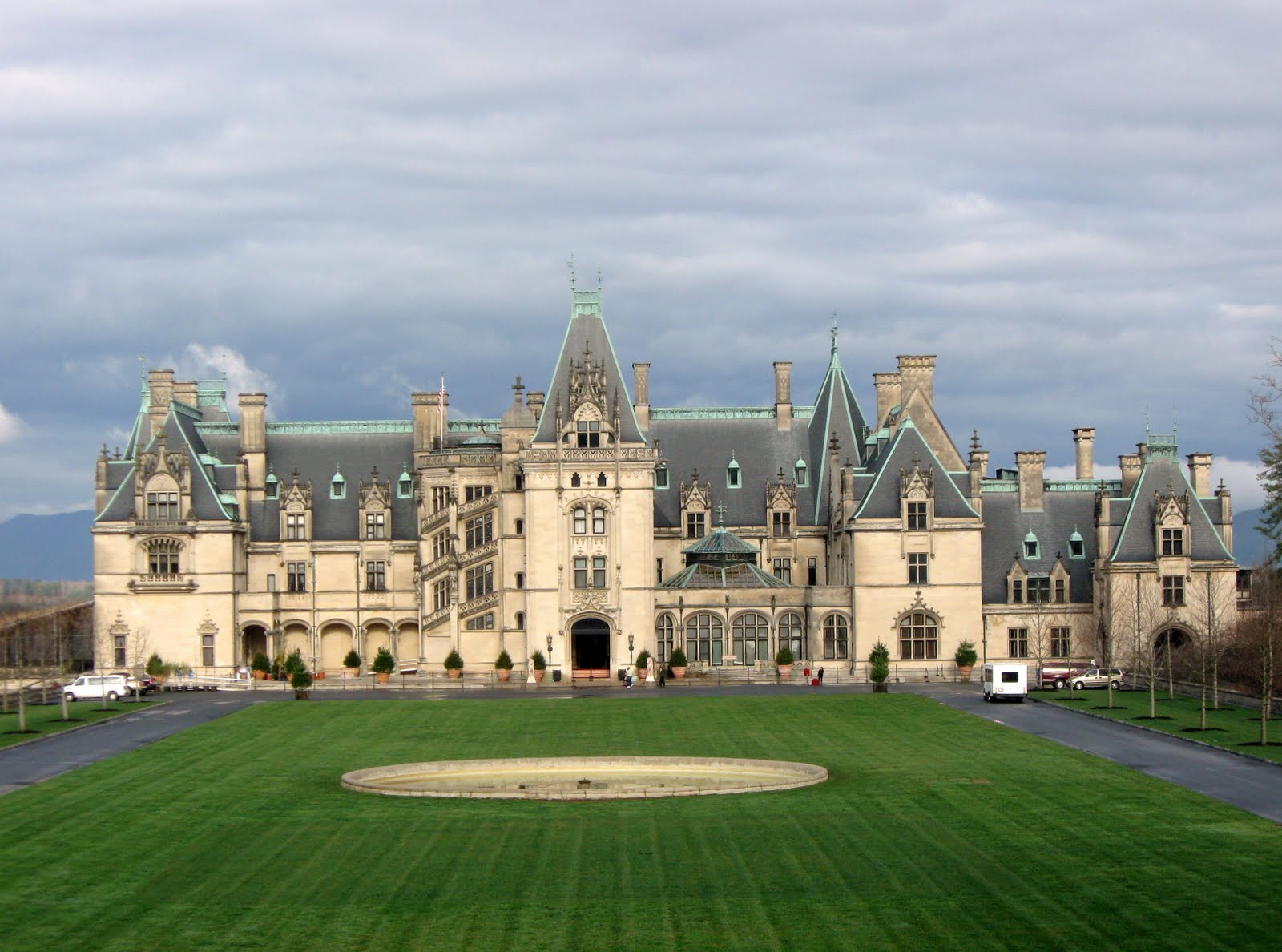 And here it is, the largest house in the USA. It's really quite impressive, especially with the hills in the distance. However, for real grandeur you have to see Chambord in France which has two of the grand circular staircases big enough that the nobles could ride their horses up the stairs. See some of these French chateaus and you understand why the French had a revolution. Given the choice, I would rather live at Biltmore. 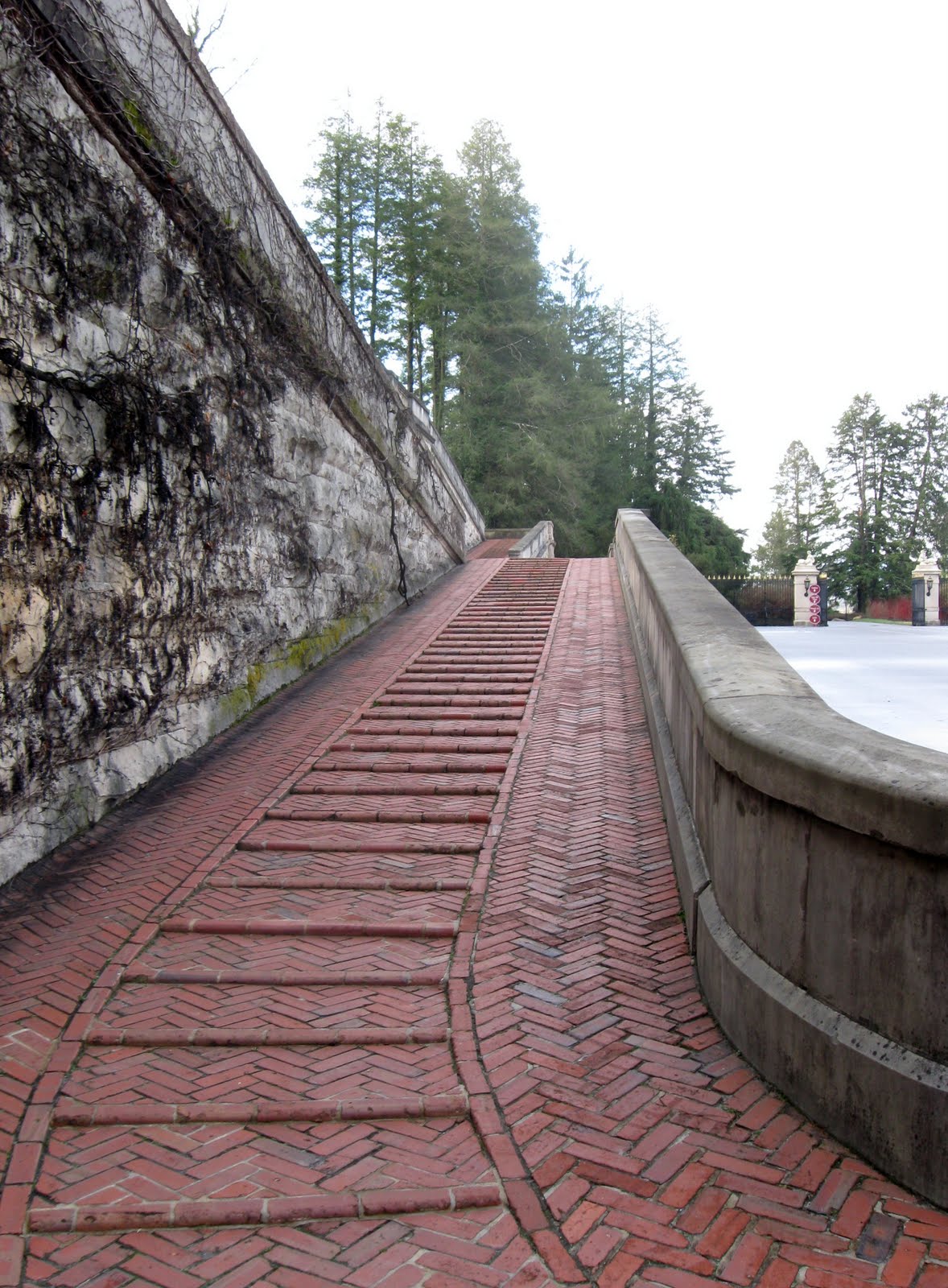 Pathway leading to the Belvedere from which you get the view of the house. 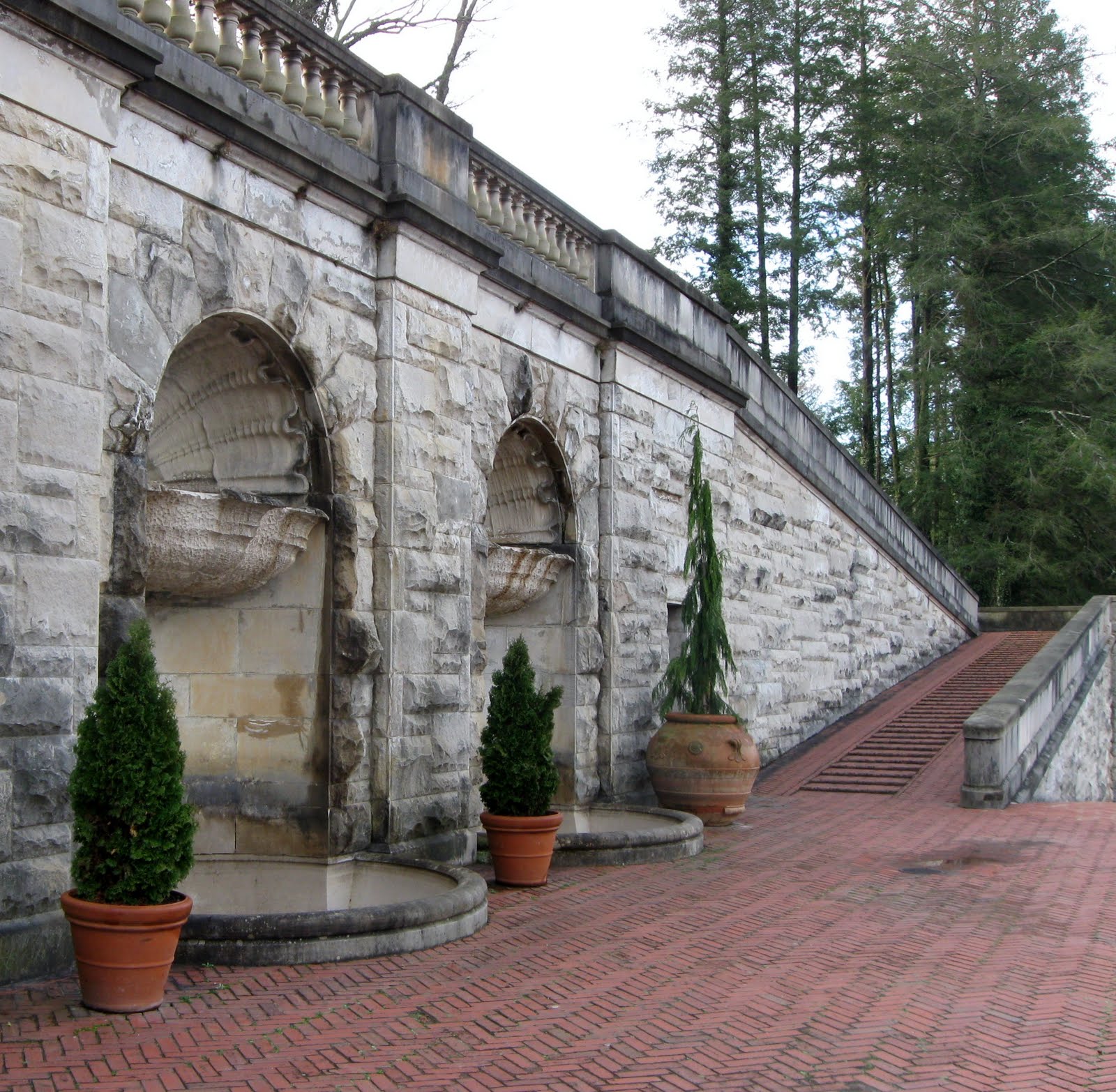 In summer, there would be fountains playing. 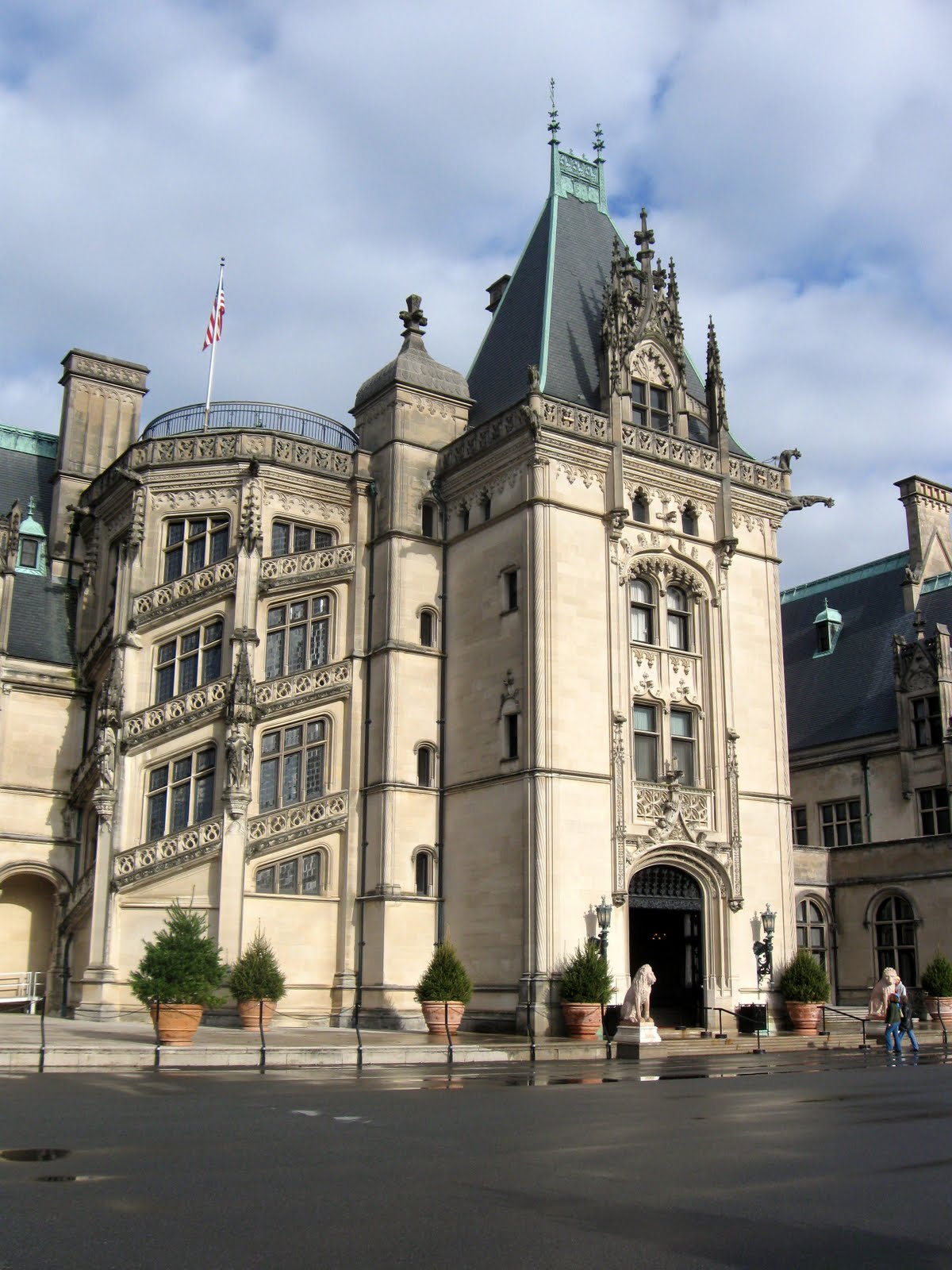 The main entrance and the circular staircase. When you buy your tickets, you have to pick a time of day since they stagger the entrance times. Make sure you go early in the day to avoid the busloads of children later in the day. I would avoid this place in summer.

A guard at the entrance. 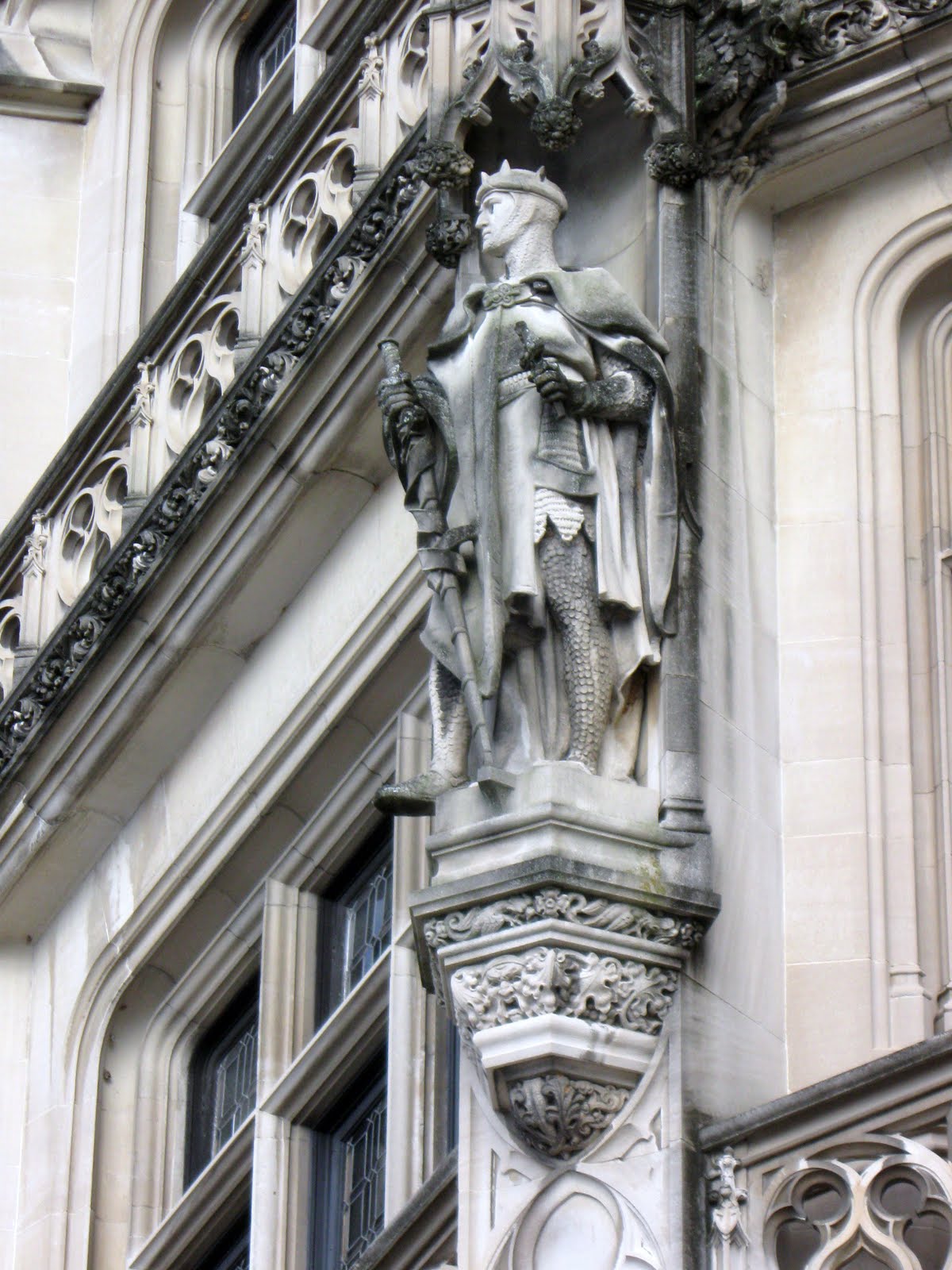 There is something of the gothic cathedral about the exterior with numerous statues. 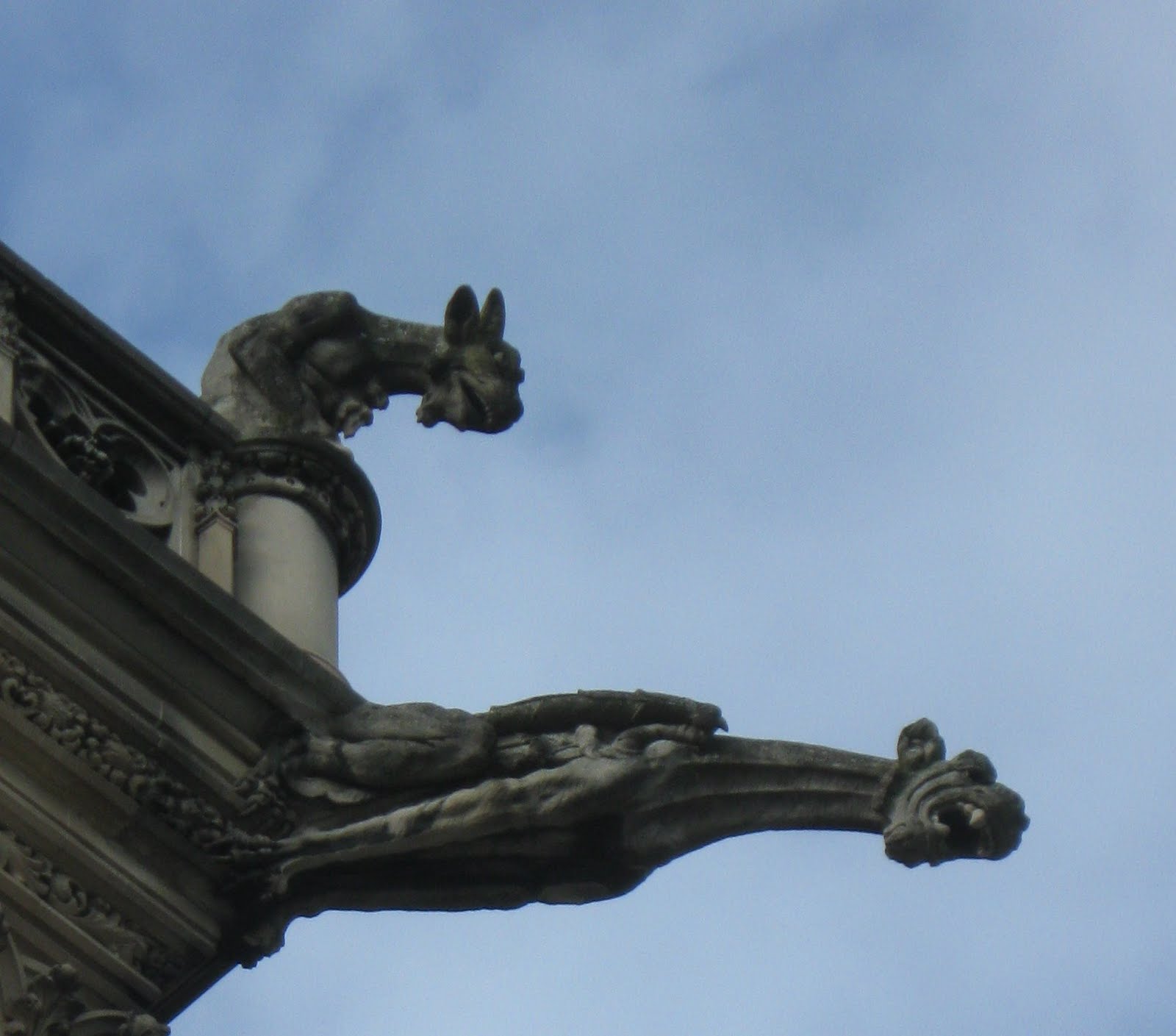 Even a few gargoyles. 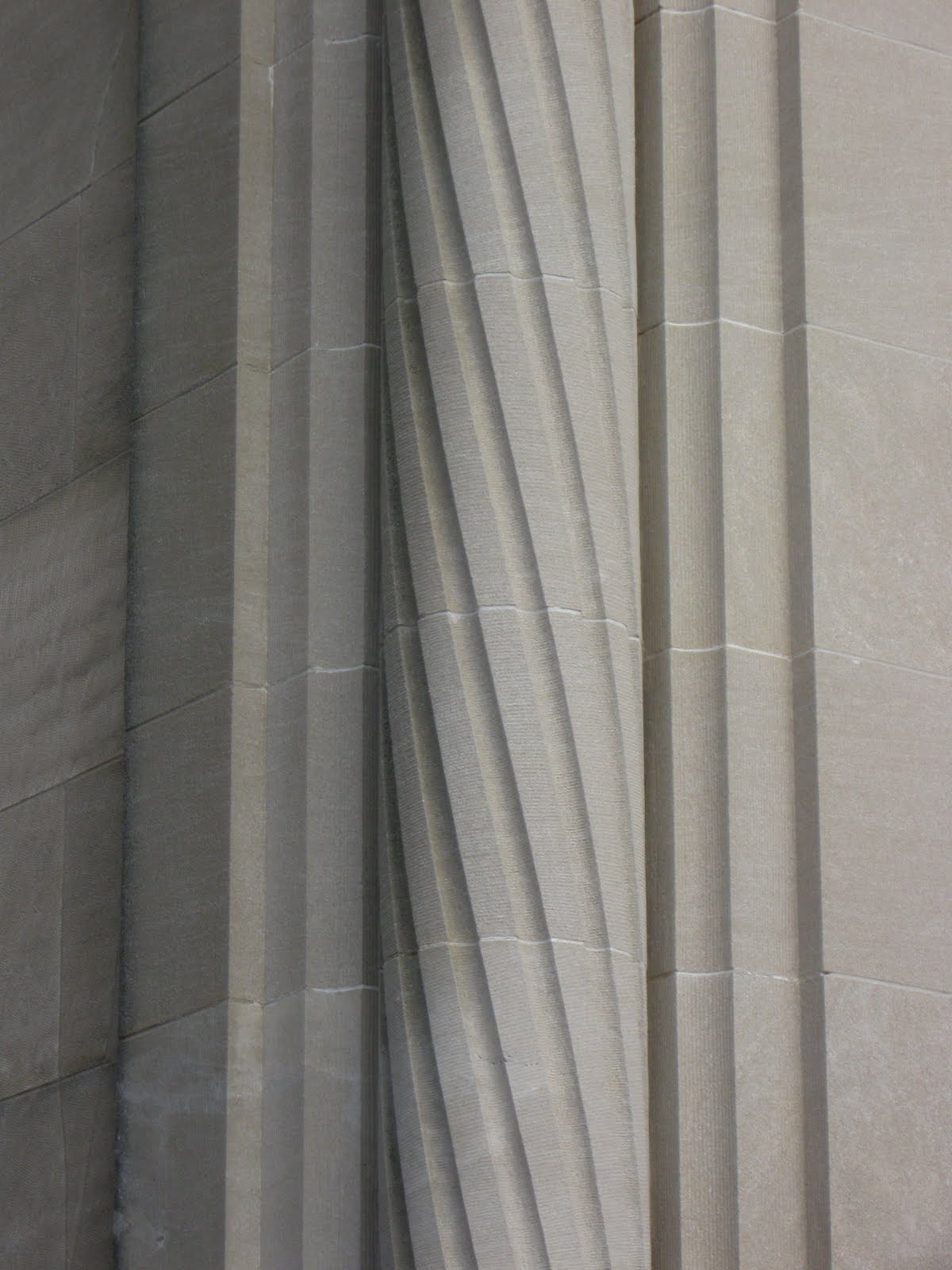 Detail of a column. 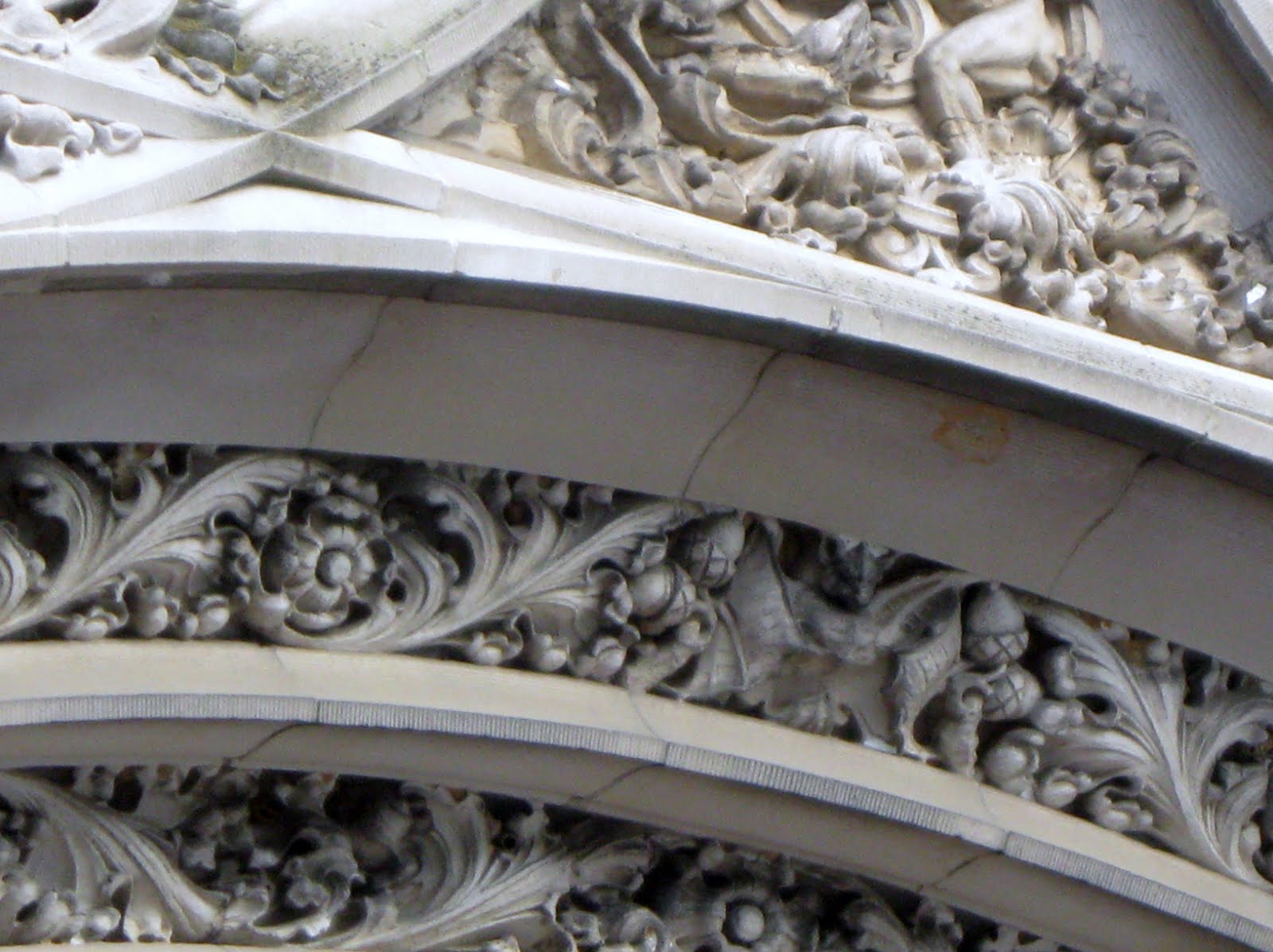 Unfortunately, taking photographs inside is not allowed. I would suggest finding a book on Biltmore at your local libary to see photos of the rooms. This would have been an interesting place to live in or be a guest since many of the rooms somehow make you feel comfortable when you are in them. One thing that intrigued us were the bath tubs in the bathrooms. There were knobs to turn on the hot and cold water, but no visible place where the water would enter the bath. A guide explained that the bath tubs filled from a device at the bottom of the tub.

The tour is self guided and we took about two hours. Although you don't get to see all the rooms in the house, you do get to see a large proportion of them, particularly the important rooms. Fortunately, I managed to get a ride on the elevator which is the oldest in the USA that has been in continuous use.

One feature we enjoyed were the open windows that let in a cool breeze with flapping curtains and distant views to the hills. This place must have been delightful in summer compared to the heat of New York. 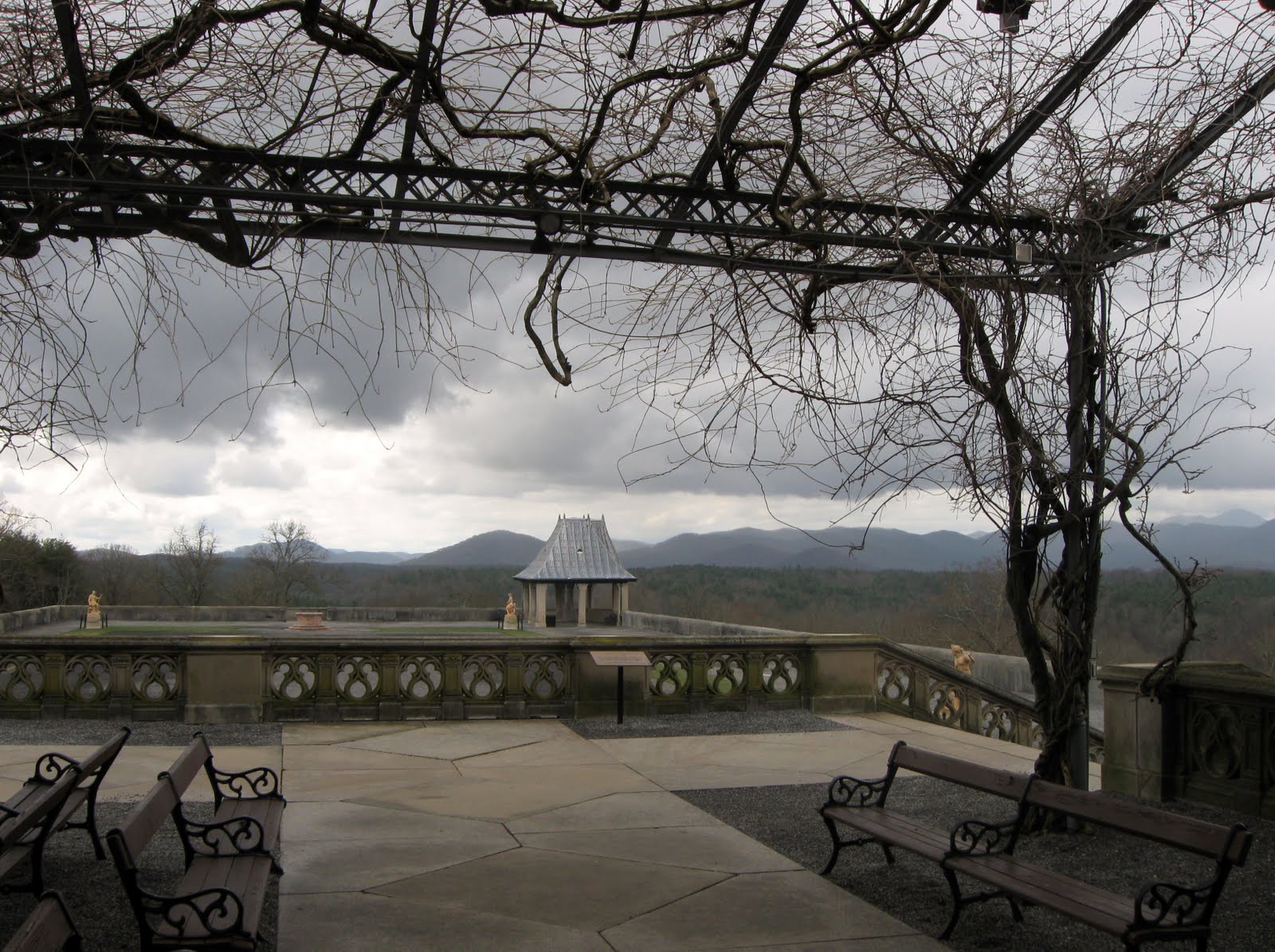 The area for outside parties. 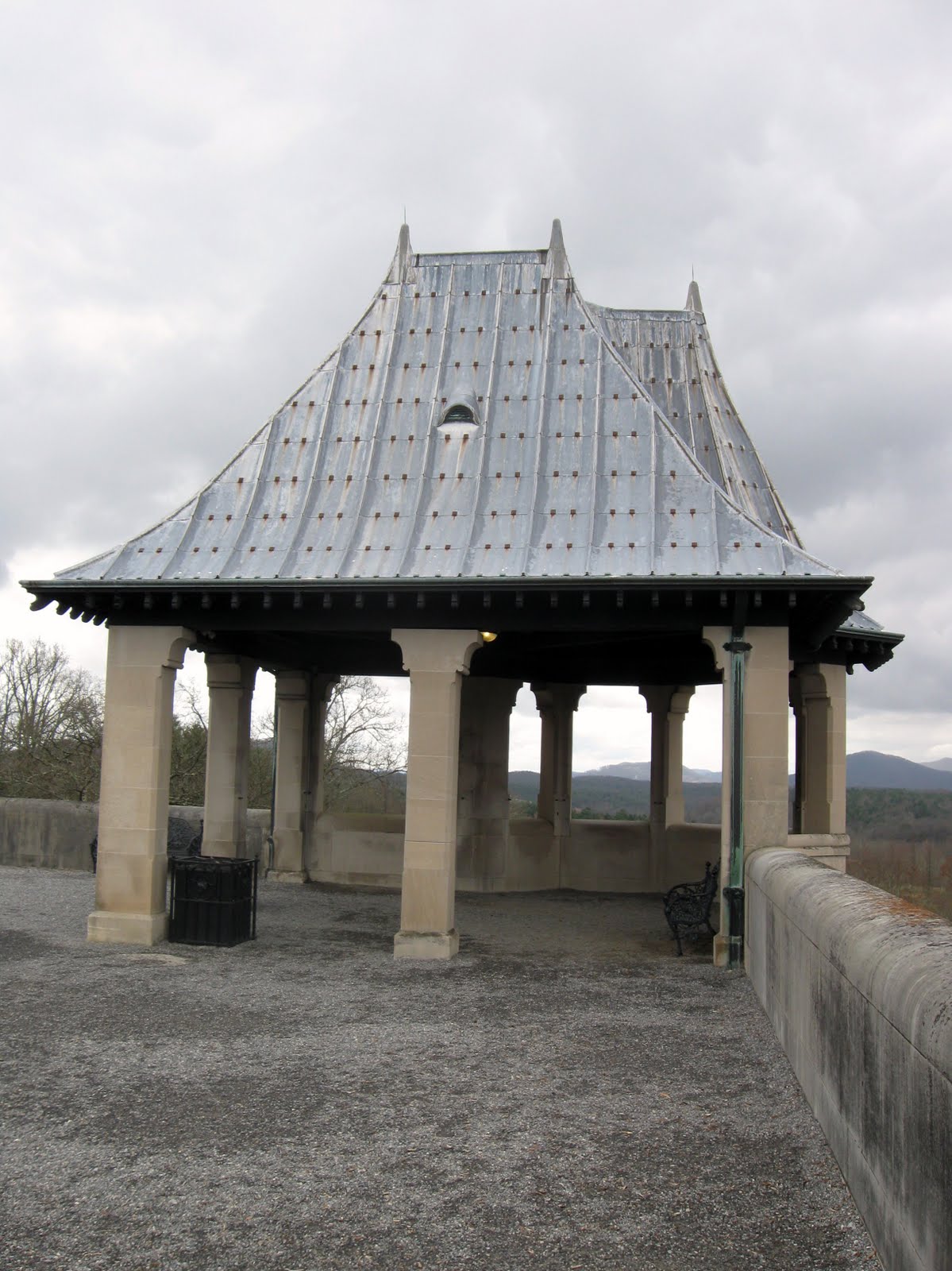 The pavilion with gorgeous views to the mountains. 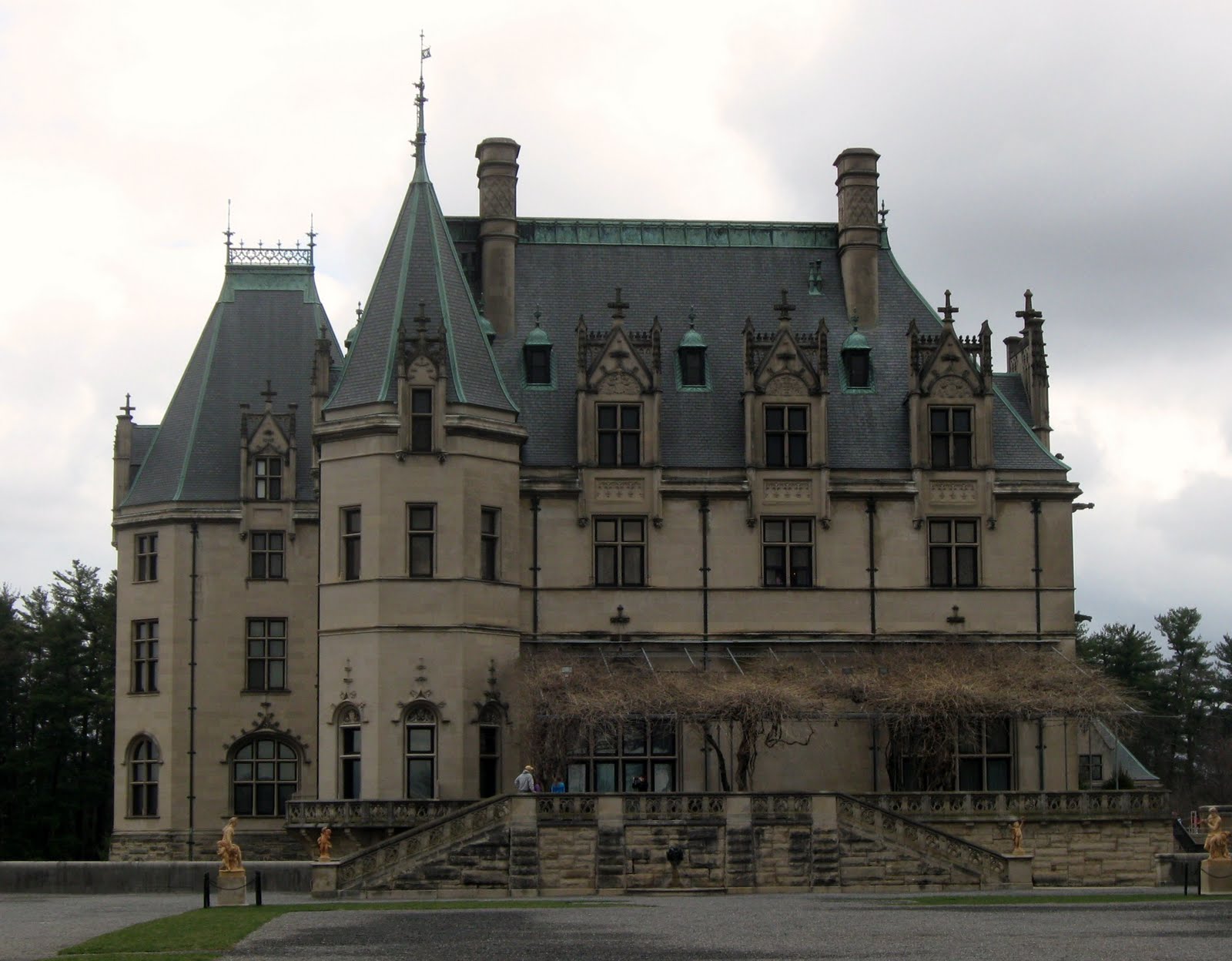 This area was initially set up to play lawn bowls. It probably also served for large garden parties. The stately homes of England obviously were a huge influence on the design of Biltmore. 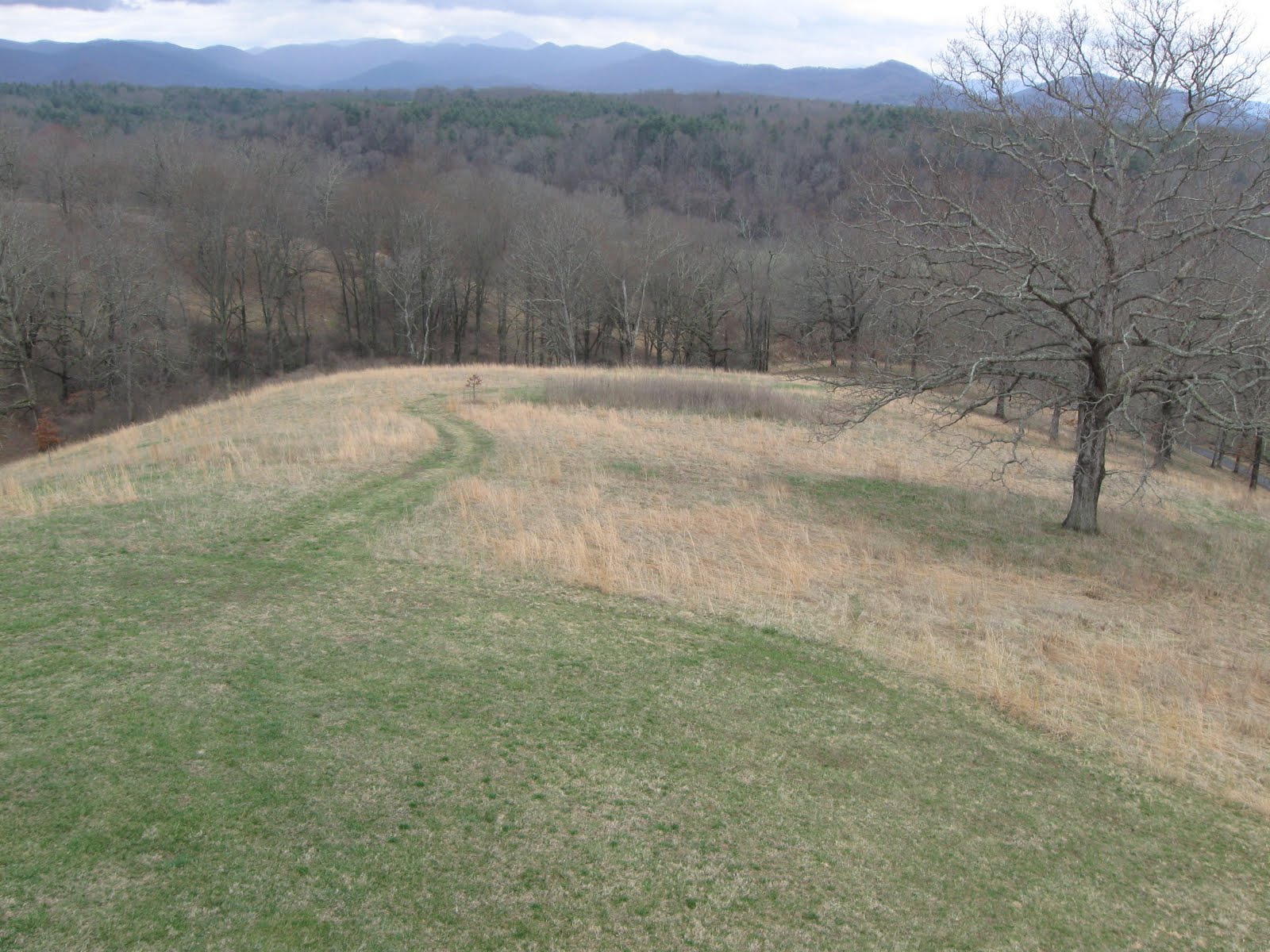 Mountains in the distance. 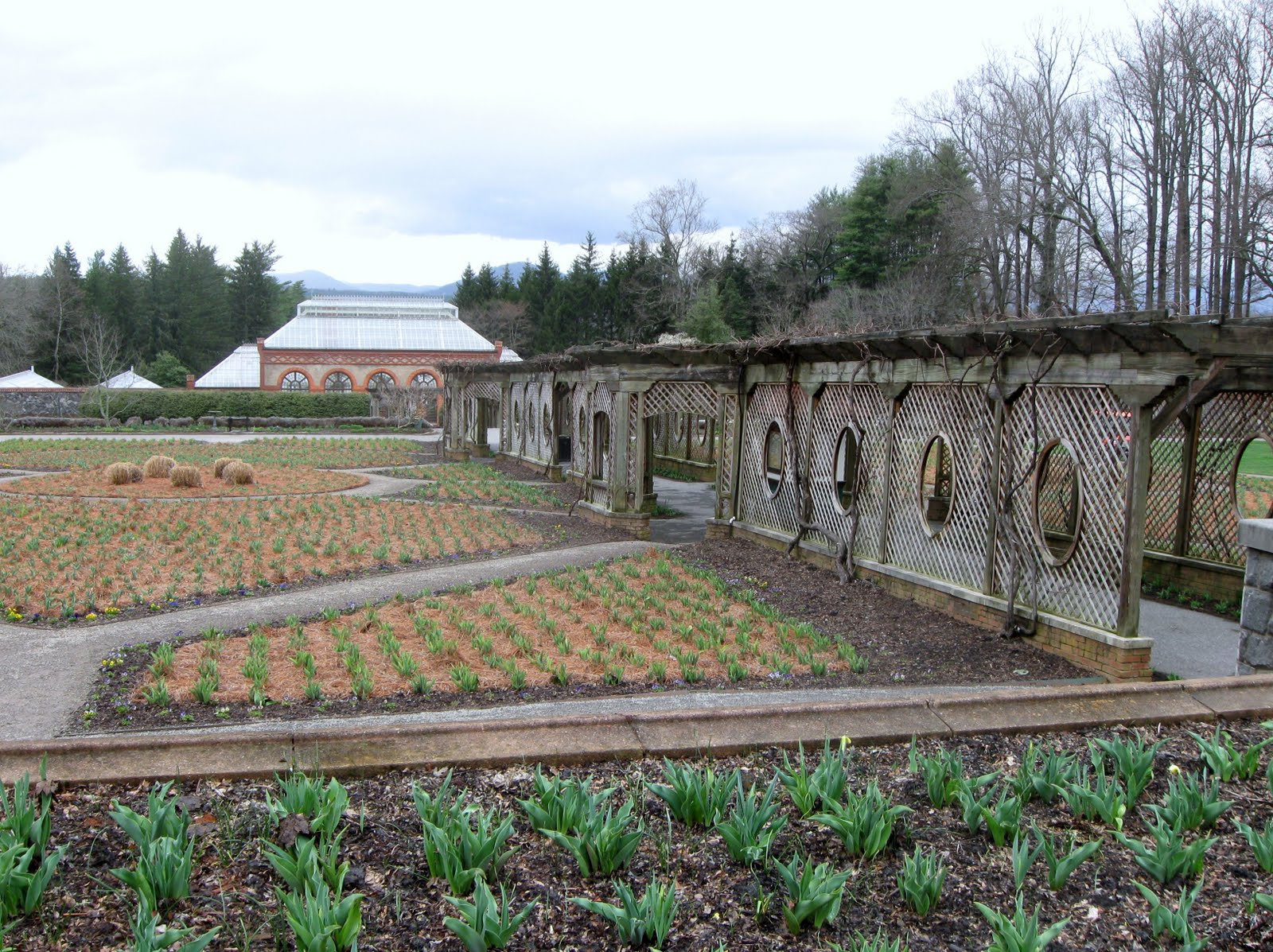 The gardens and conservatory. Unfortunately we were too early for flowers in the gardens. 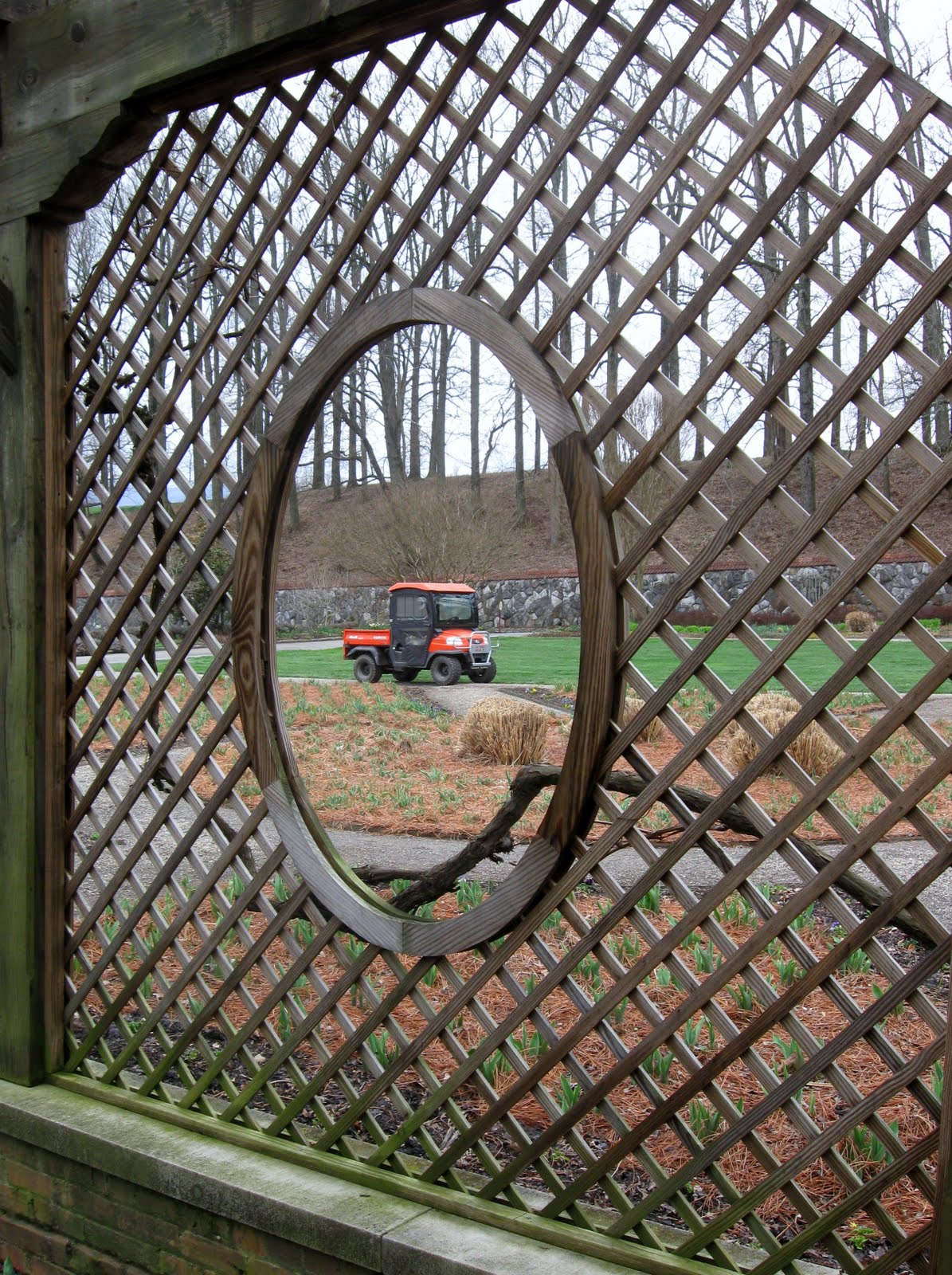 I couldn't resist this portrait photo. 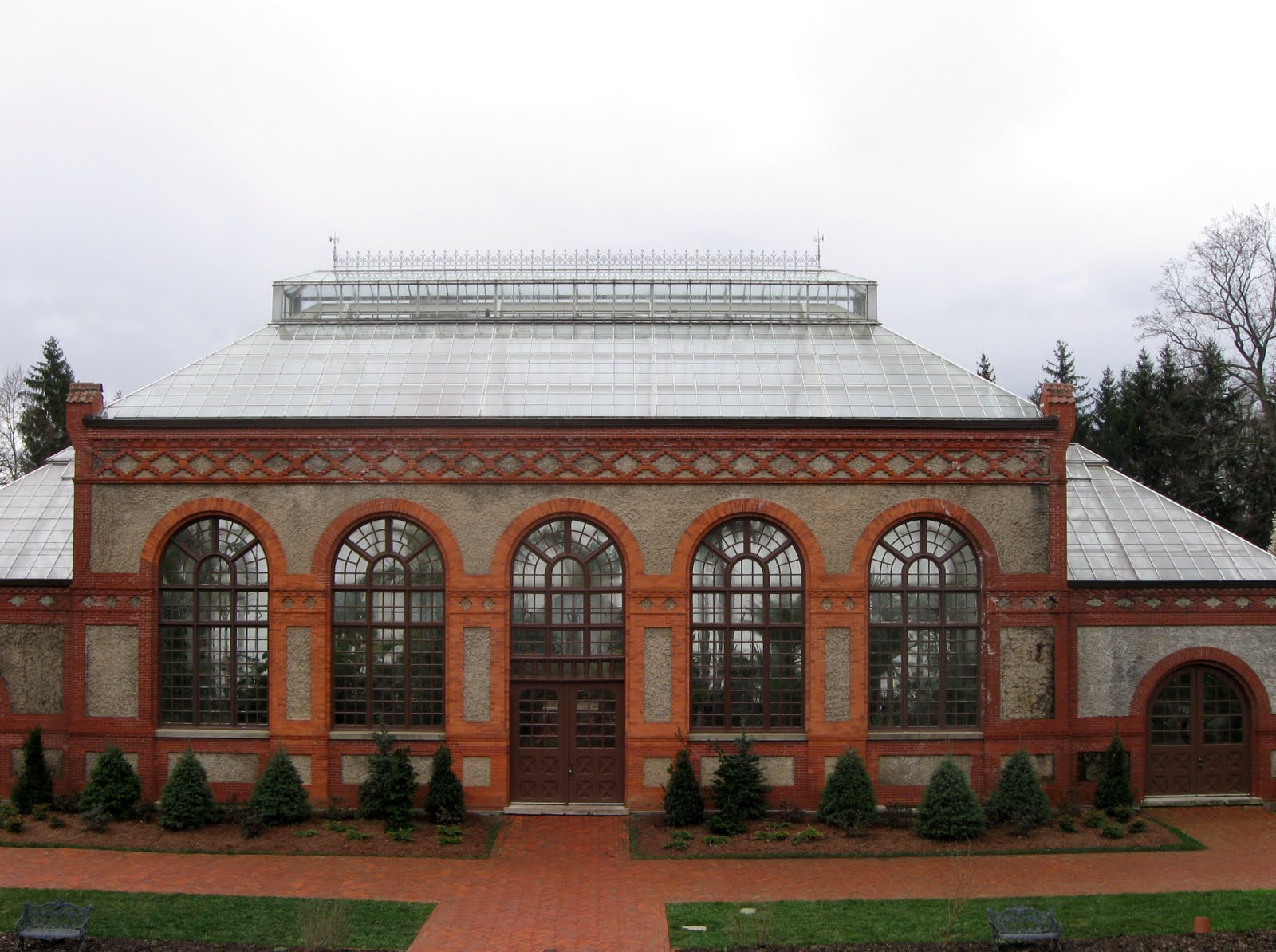 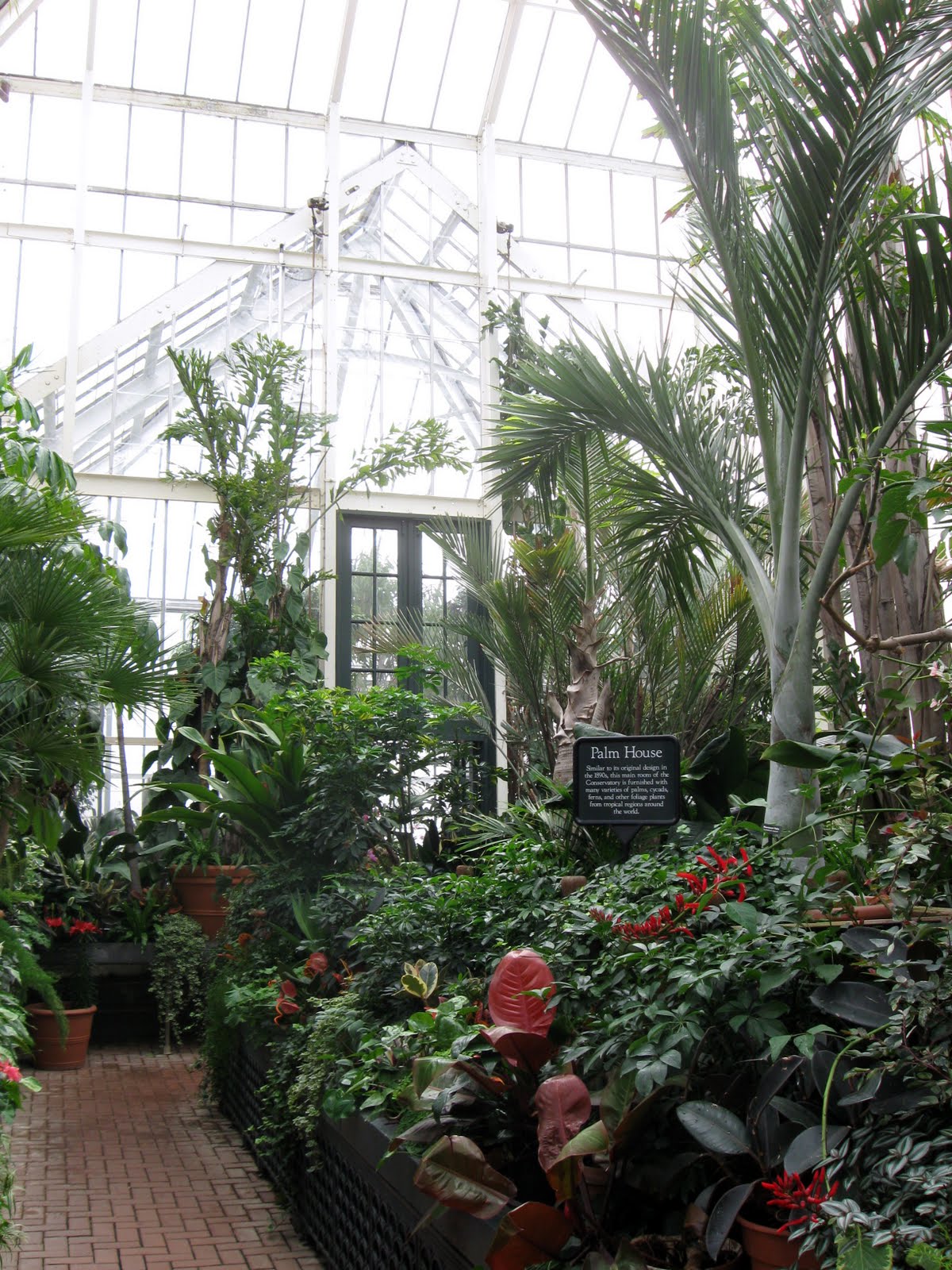 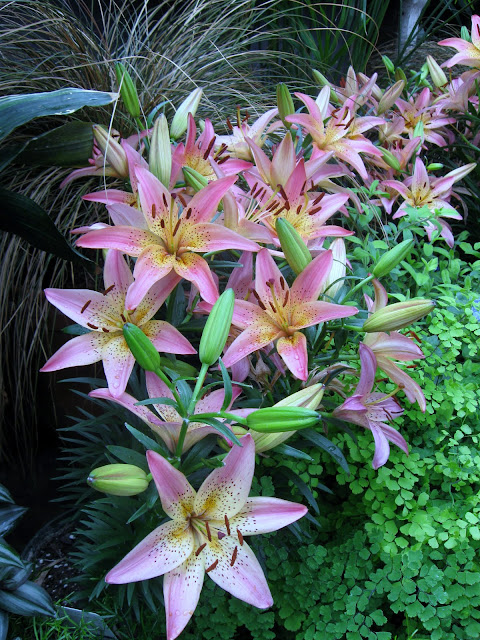 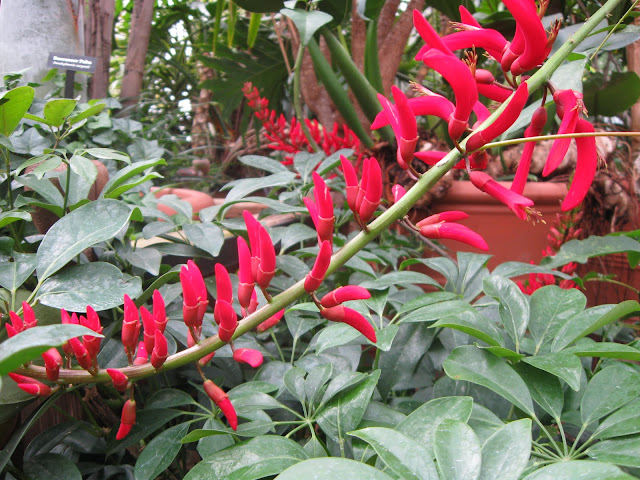 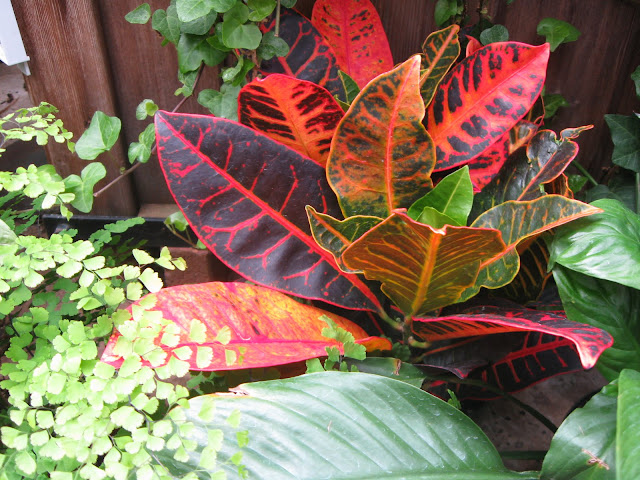 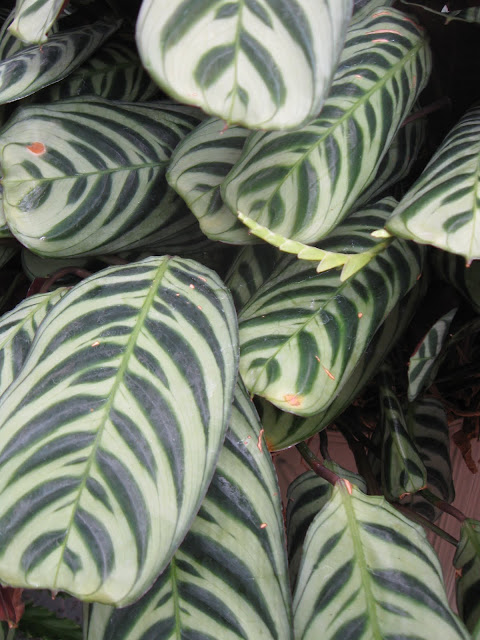 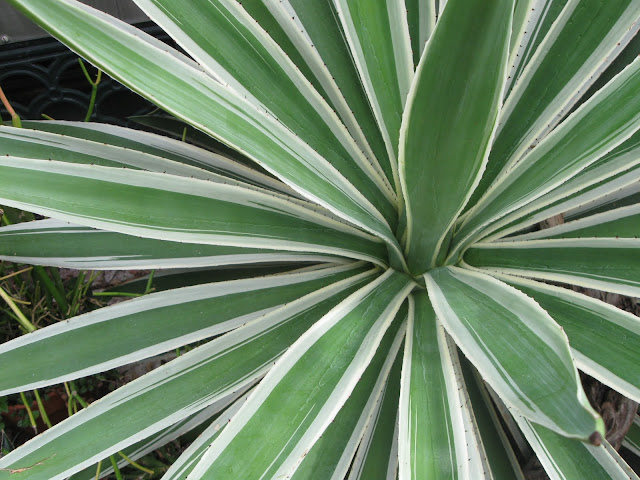 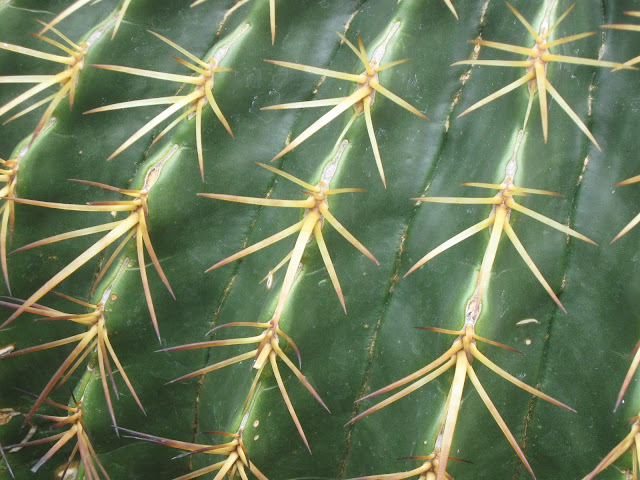 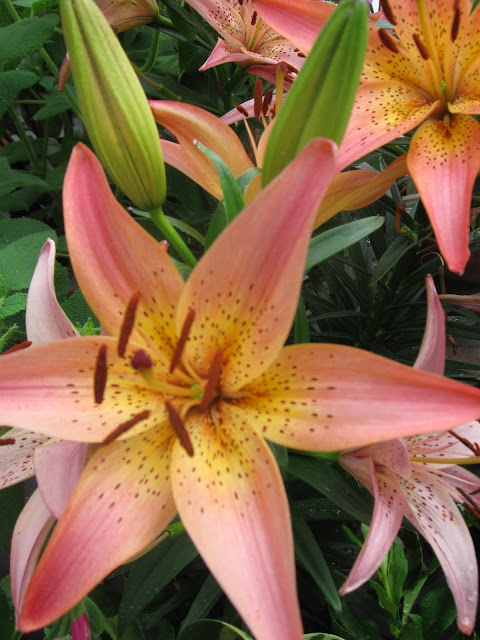 Various plants in the conservatory. 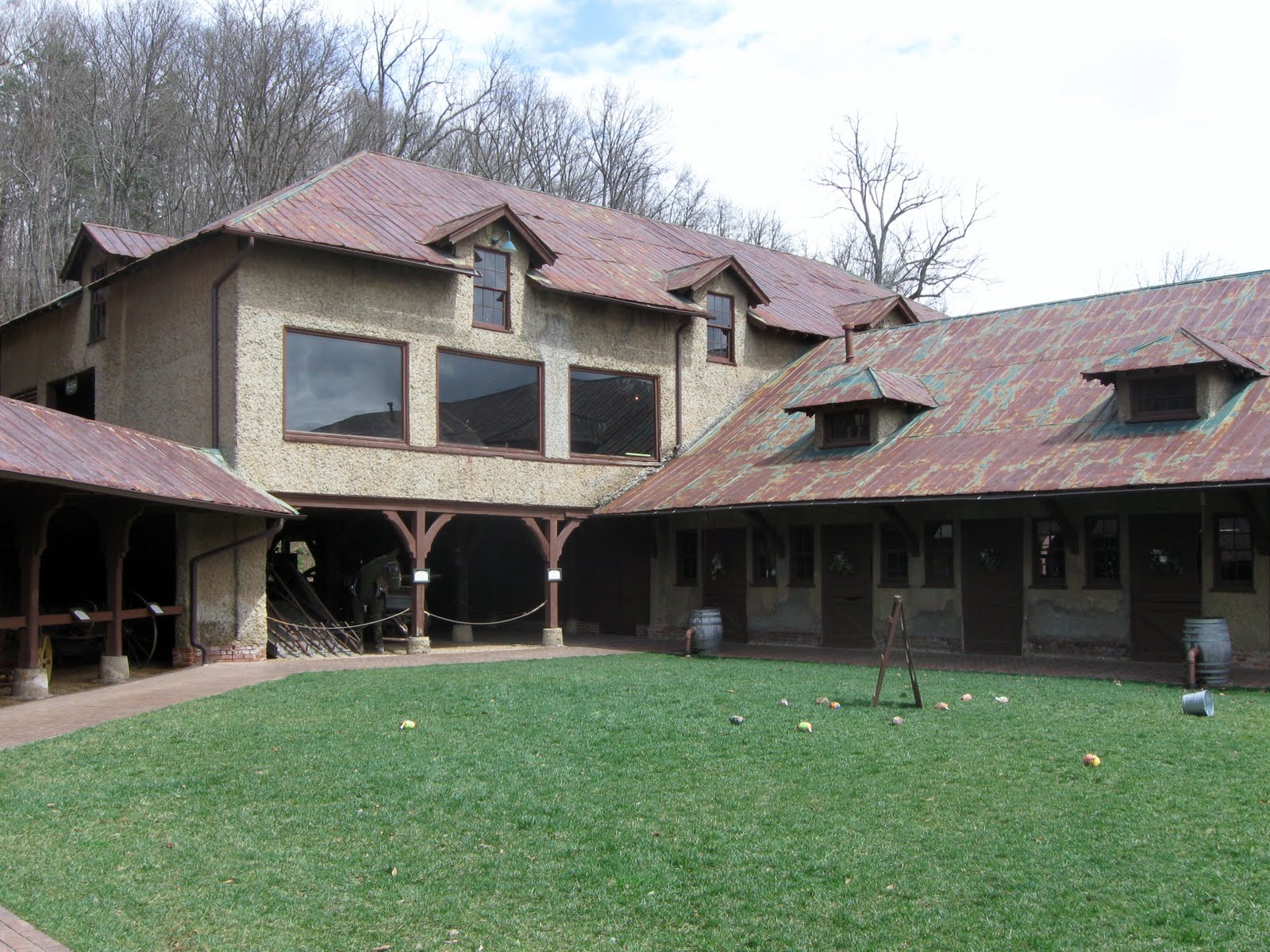 There is more to do at Biltmore including a wine tasting area. They do grow grapes on the estate but they also import grapes and bottles from other parts of the country such as Napa. Many of their wines are quite good. In addition there is an old farm building that included stables. Obviously they are trying hard to include more attractions.
We enjoyed our time at Biltmore, but we felt it was a 'oncer' as my mother would have put it. Seen that, done that.
Posted by Ray Perry at 8:42 PM