The train for York leaves from Kings Cross Station which Harry Potter readers will know is supposed to have a platform 9 3/4. Unfortunately, you can only get to this platform if you are going to Cambridge or other relatively local places. The longer distance high speed trains leave from a different part of the station so we couldn't see the famous platform. 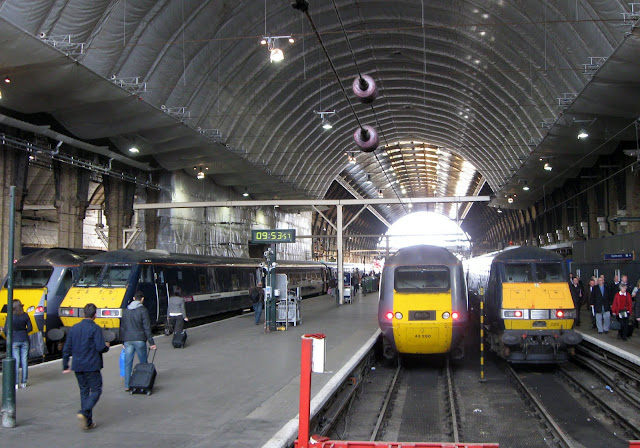 We travelled on the train at the left of the picture. This was the first day of the volcanic ash disruption and the train was absolutely full. 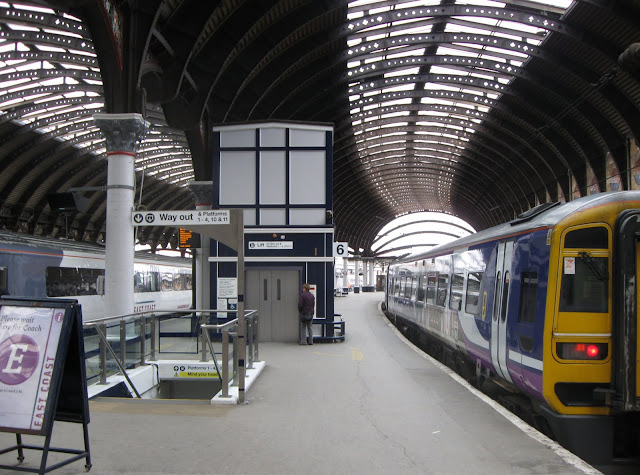 We changed trains at York which has a lovely station and took a slower train to Seamer near Scarborough. The journey up to York is not particularly scenic, but the journey to Seamer passes through some beautiful low hill country. By the way, our one way tickets cost 14 pounds each, but you have to buy the tickets almost three months in advance. I just checked today on the website and for the same train in two days time the cost would be 46 pounds with trains at other times costing over 100 pounds. Obviously, planning in advance can save a lot of money.

So our friends were there to greet us and return us to Sleights. On the way, we met a herd of cattle. 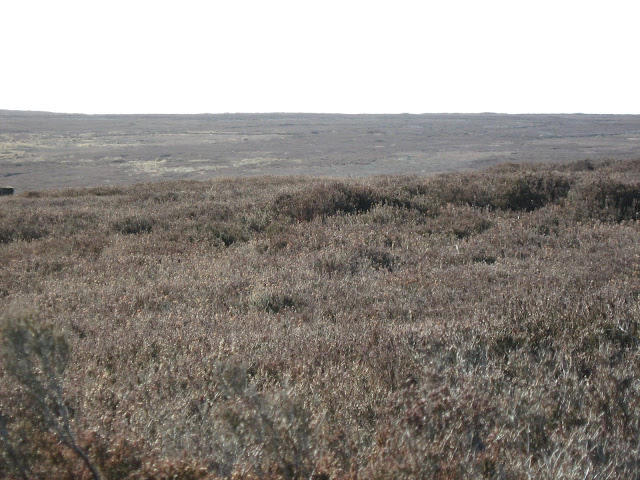 So here we are out on the North Yorkshire moors and this is heather. 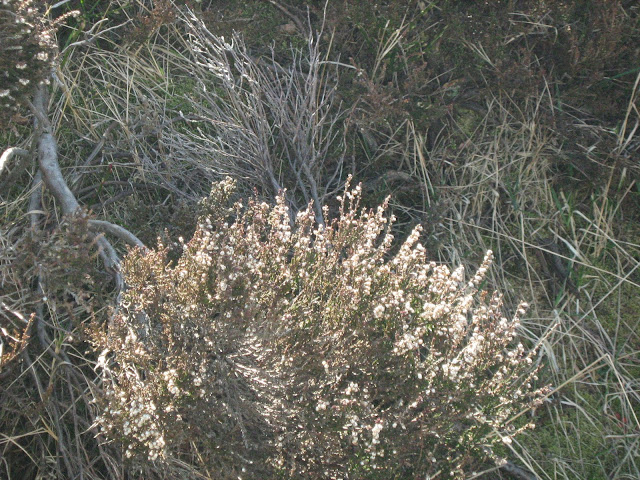 A closeup of some heather. Later in the year, it blooms with a pinbk flower. 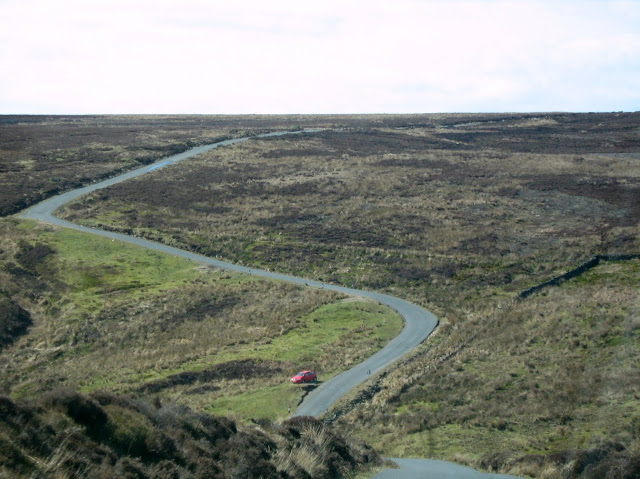 The roads over the moors are narrow with many bends. When meeting cars travelling in the opposite direction, it is necessary to slow down to a crawl and possibly even back up to a wider spot in the road. 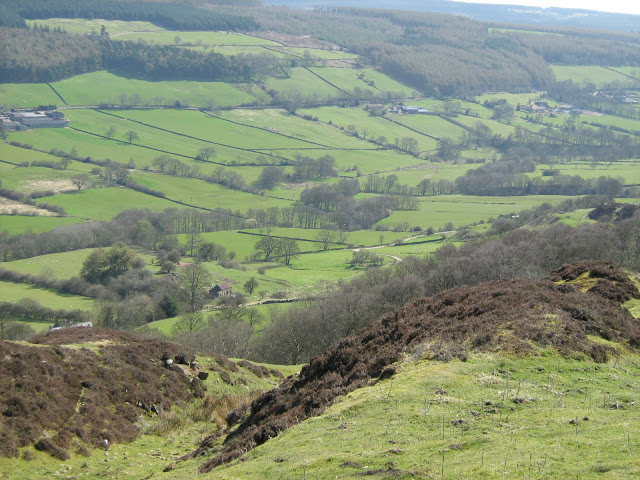 This is part of the Yorkshire Dales and yes, the hills are very steep. However, there used to be a lot of mining for various minerals in the area and there was a railway line way up here many years ago. 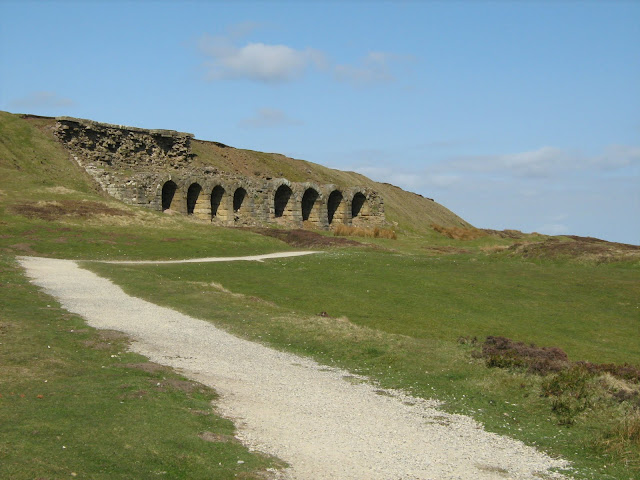 Some of the kilns used for smelting, way up on top of this hill. 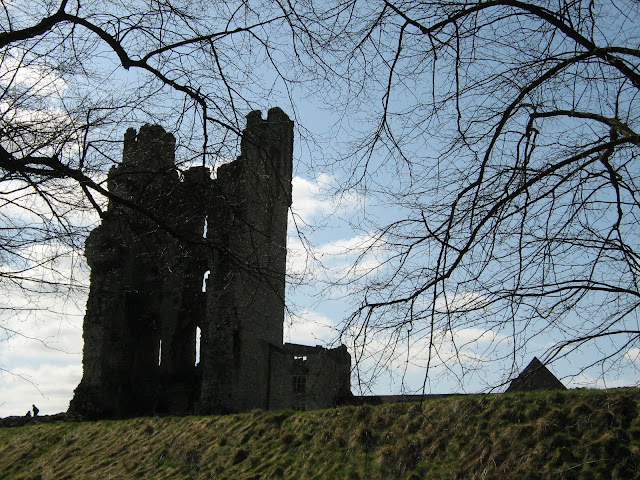 So we headed down into a little market town called Helmsley which naturally has its own ruined castle. There are ruins of castles, forts and churches everywhere. 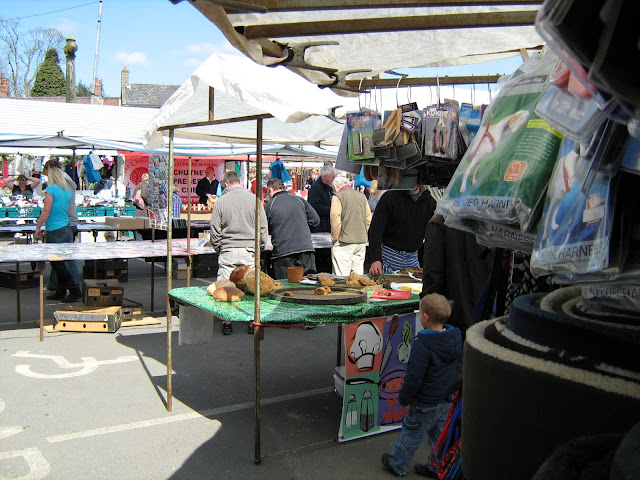 Friday is market day in Helmsley so we wandered around the town square that was filled with stalls. 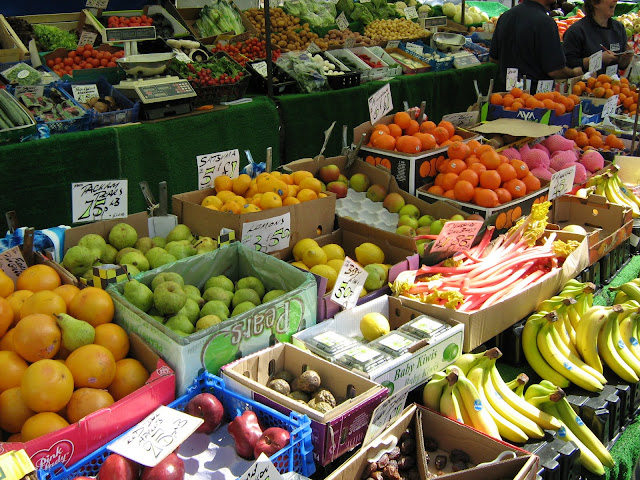 The prices when translated into US$ per pound seemed to be reasonable. 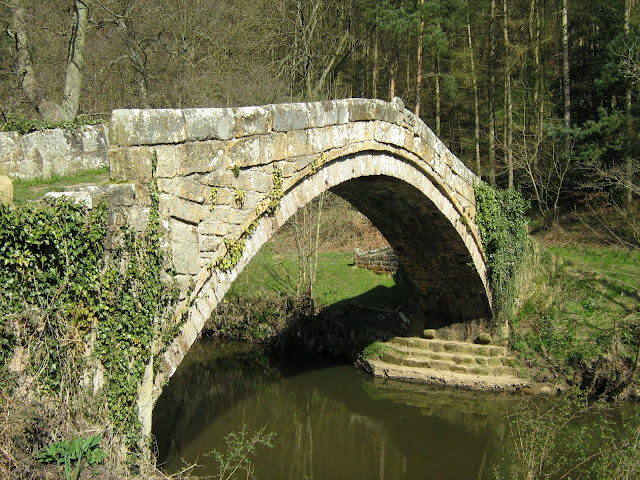 On the way home, we stopped off to view Beggars Bridge near Glaisdale. You can still walk over the bridge which was built in 1619. 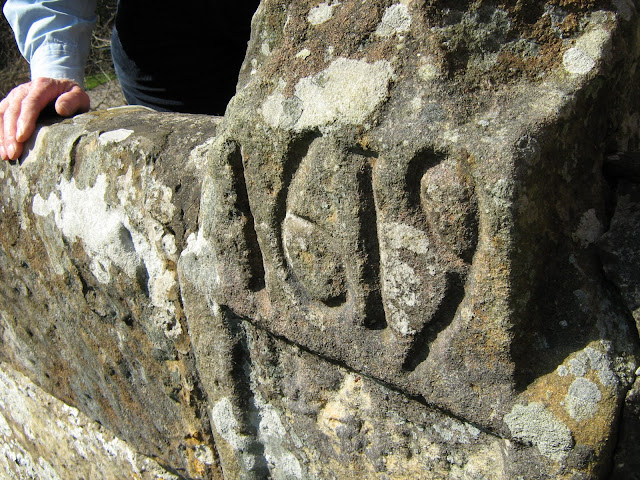 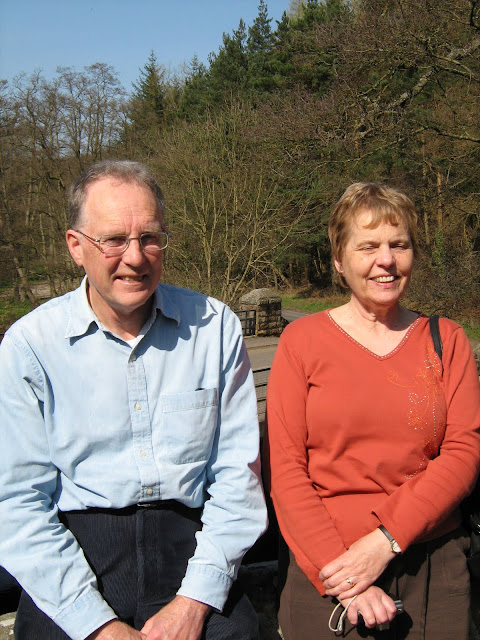 Our friends, Katheryn and Brian, enjoying the sun. 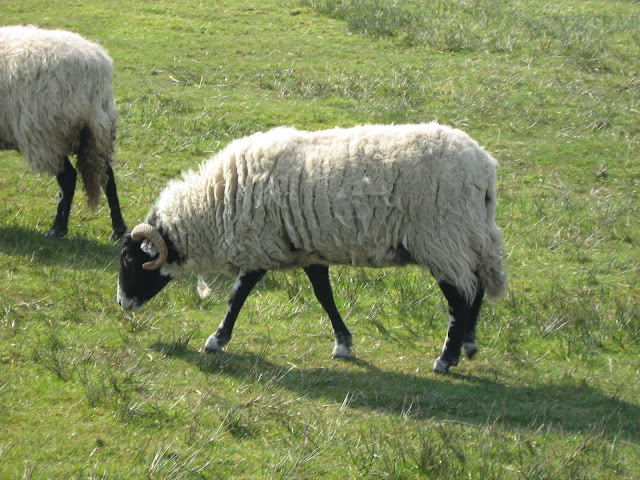 As were the sheep the following day on our way to a very old abandoned railway. 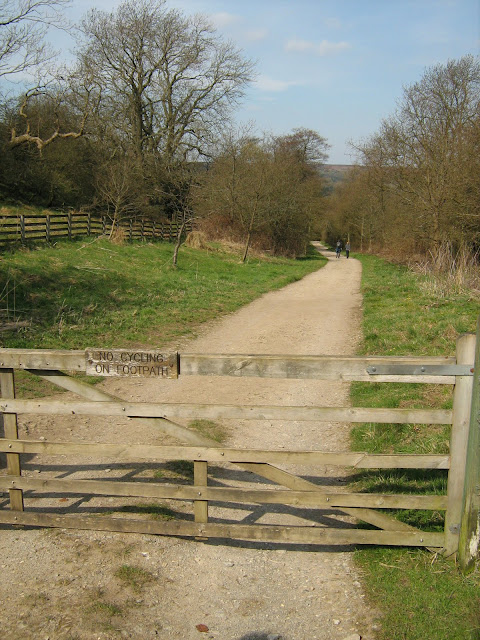 This is the top of an inclined plane at Beckhole and Goathland that was built by George Stephenson in 1836. We toddled down the incline to the bottom which was a nice walk on a cold day. 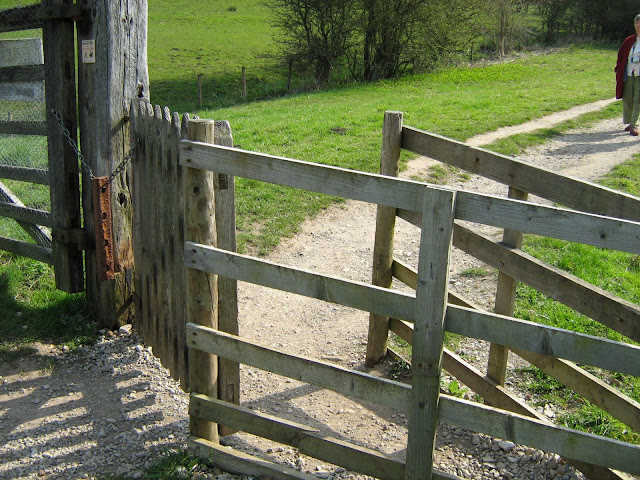 Went thru a kissing gate. 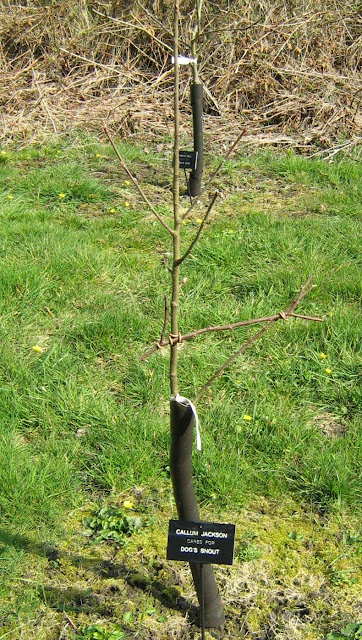 Past a little apple orchard where school children have planted and look after old rare varieties of apple. Click on the photo to see the name of this one. 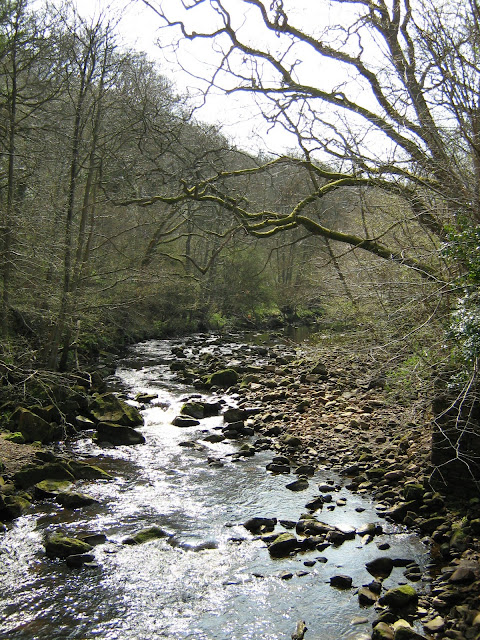 Finally we reached the bottom where there was a bridge over this stream. 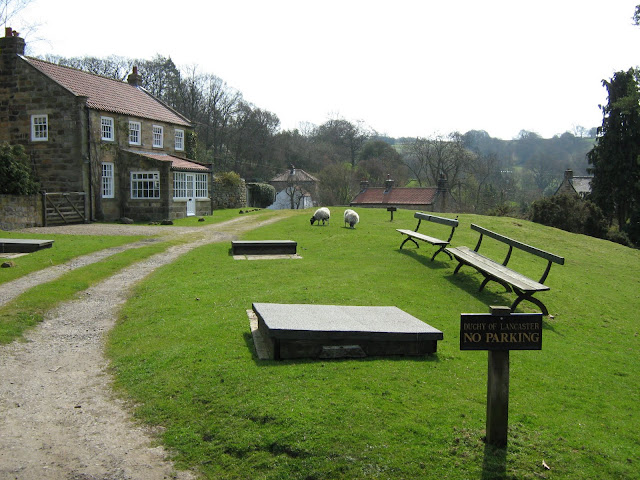 Back up the hill a bit, we came to the tiny village of Beckhole. There are only a few houses, but they have a green with pits that are used for playing quoits. When they are not playing, they cover the clay areas that hold the stick you try to throw the quoit over. It would be a similar game to horseshoes. 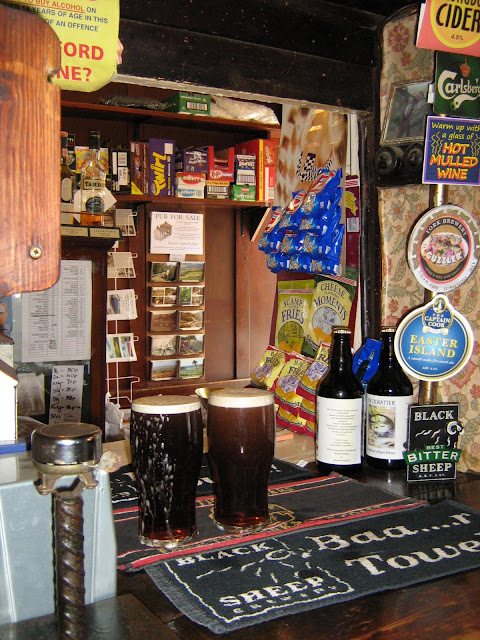 But what we really came for was the pub that has one of the smallest bars in the UK. I had the Guzzler and it was very good. 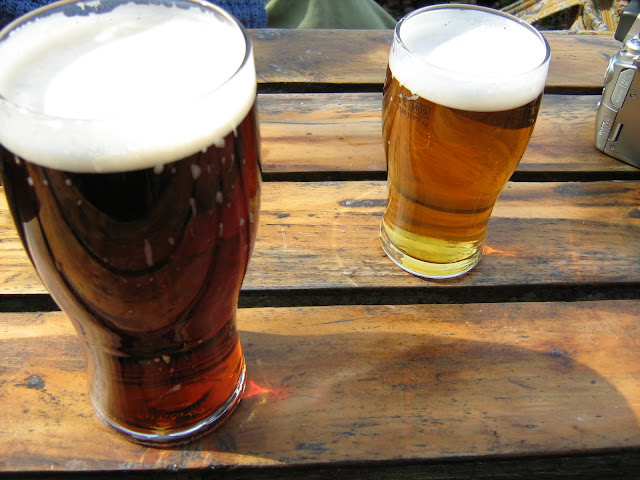 And here is my beer on the left. Drinking English ale is an acquired taste for those of us used to Aussie or US lagers, but eventually you get used to it, especially if you are drinking it in the English countryside. It's the old saying, "horses for courses". 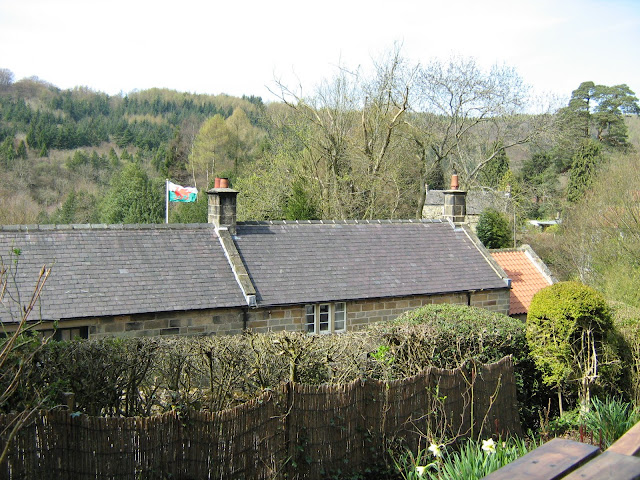 We sat outside in the beer garden and took in the view. 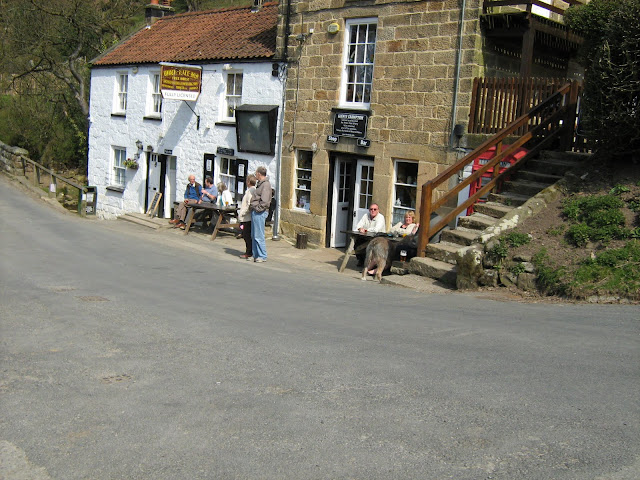 So here is the pub with people sitting outside enjoying the sun and their beer. 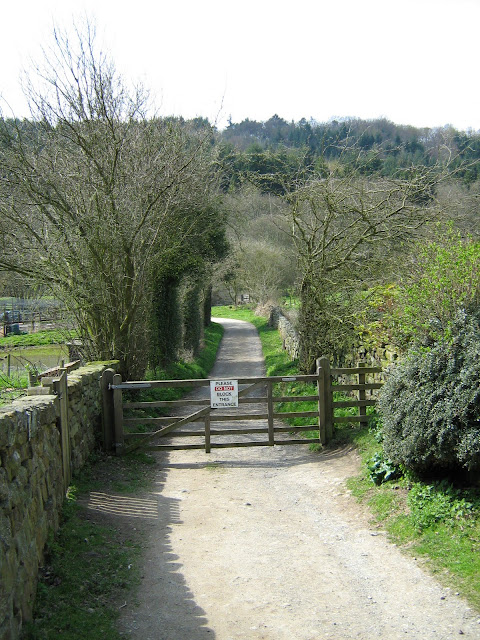 Unfortunately, it was uphill all the way to get back to the car but we were a lot fitter after all the walking in London, so it wasn't too bad. When we got home, it was time for a nap.