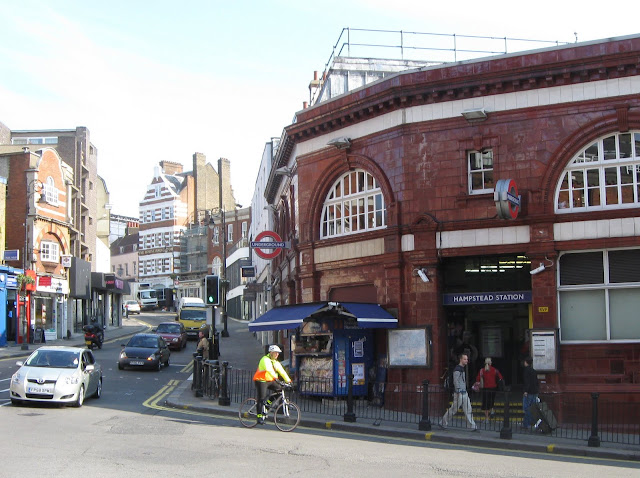 Fortunately it was a nice day and the wind wasn't too cold. 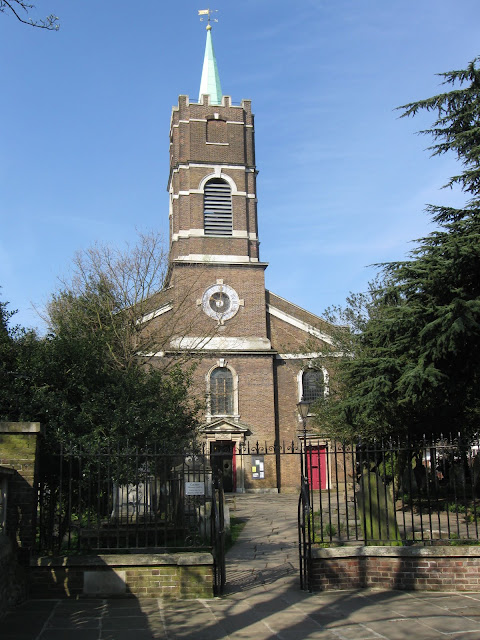 We came across St John at Hampstead which has a very interesting graveyard with a few notables buried there including Constable and Harrison. 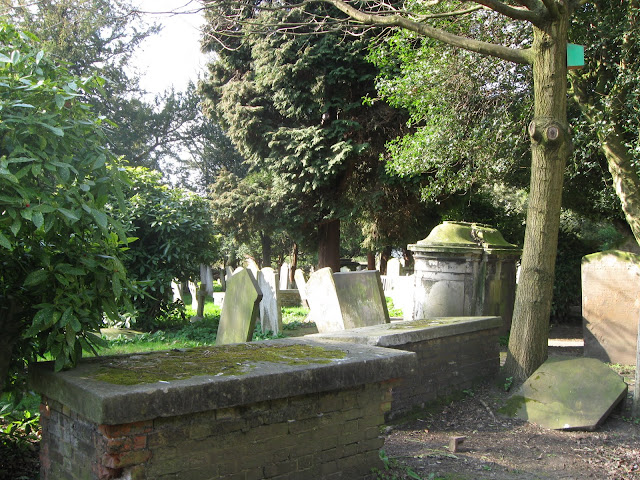 The grave stones in this cemetary are mostly very old and many are falling over with inscriptions that are impossible to read, but it all looks very tranquil. 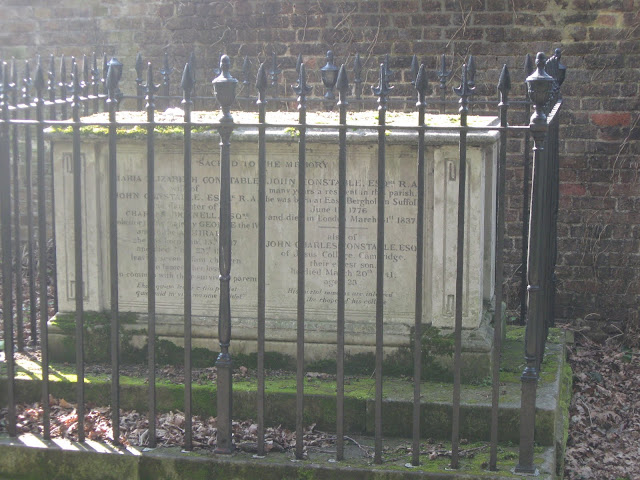 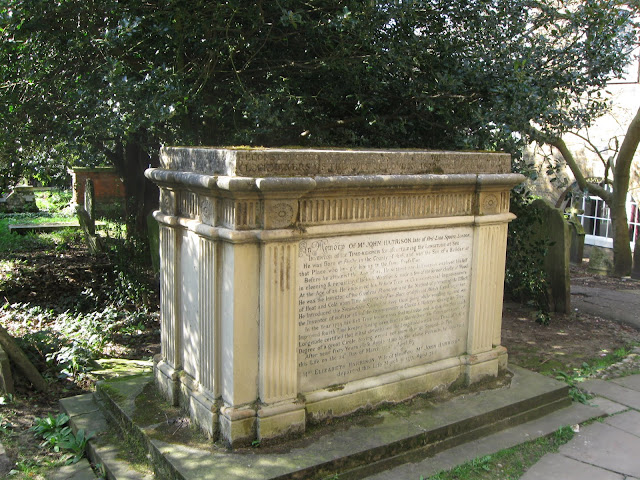 John Harrison's grave. One of the most influential men who ever lived. If you ever go to Greenwich, make sure to see his clocks at the museum. They are gorgeous. 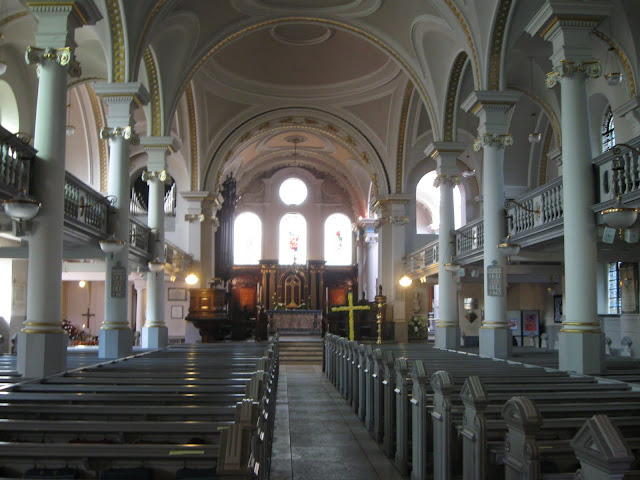 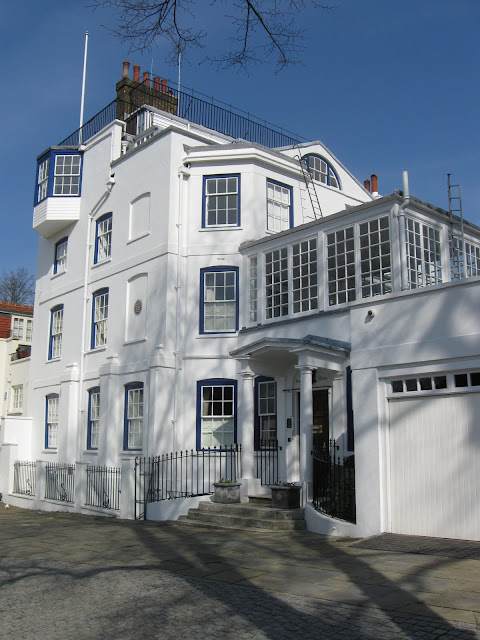 If you read the Wikipedia entry on Hampstead, you would have noticed that this is the most expensive area of London for houses with better examples costing up to fifty million pounds. I suspect this house would bring a tidy sum. 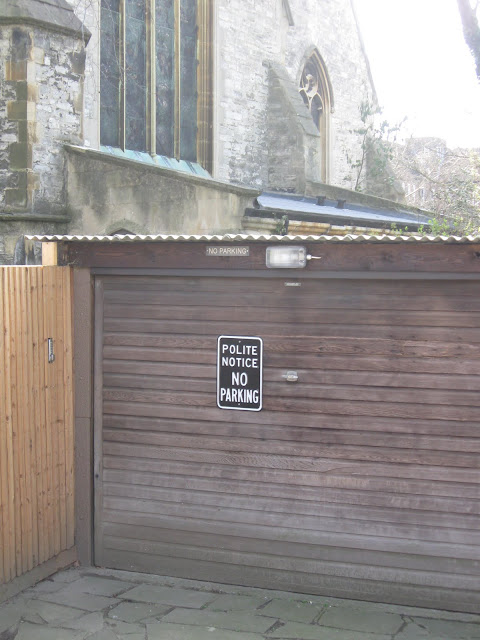 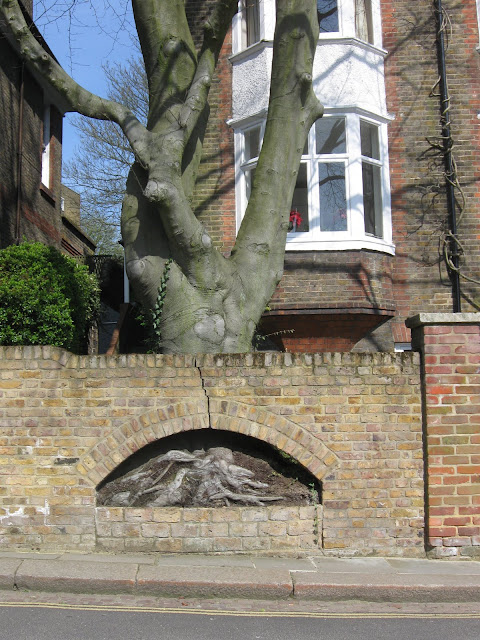 Notice how the tree roots have been exposed by the arch in the brick wall. 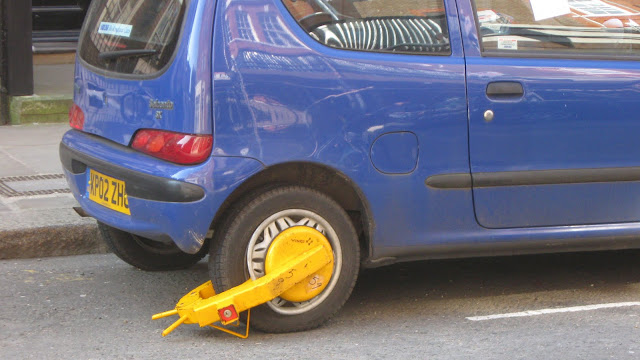 It's time for a bit of colour. No doubt the language was colourful when the owner returned. 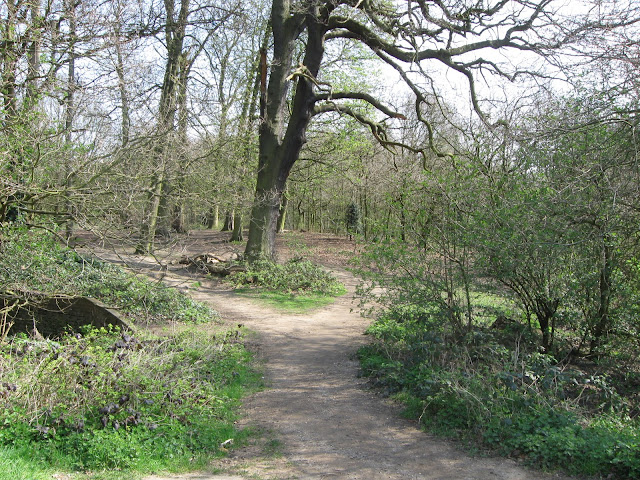 I had envisaged Hampstead Heath being open fields and was quite surprised to find that there was quite a lot of wooded area with path ways everywhere. 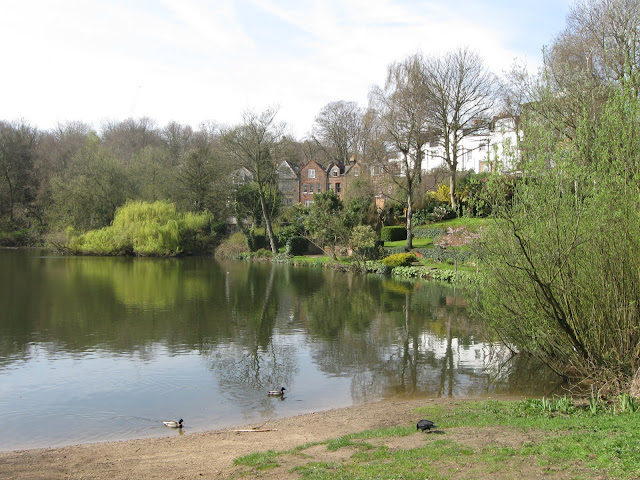 The pond at Vale of Heath which is a little village within the Heath about a mile away from Hampstead. 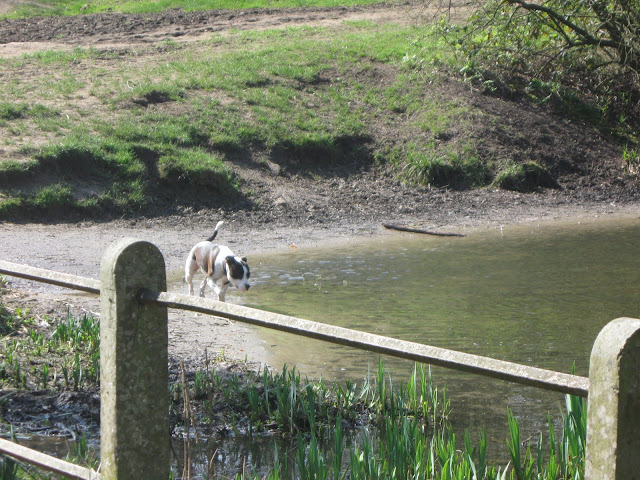 Most of the people we saw were young ladies in their twenties or thirties exercising themselves and their dogs. It was a beautiful day to be out after the gloom of the previous day and the dogs were having a wonderful time. 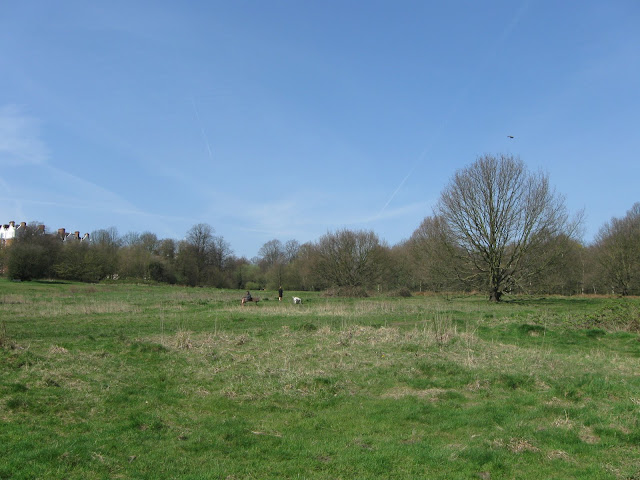 An open area which was what I was expecting to find at the Heath.

An old trough. If you click on the photo you will get a large image and you may be able to decipher that this trough was also used for cattle.

We enjoyed walking around Hampstead, but once was enough. Oddly enough, it was a very noisy place because of all the remodelling going on in the expensive houses. There was a constant din of circular saws.