While we were in Oz we heard that contractors for Comcast Cable were laying cable in the community. We found out that there was an email address to send a request to be connected and I duly sent the email. We are not so much interested in the zillion TV channels. We mainly want fast internet. 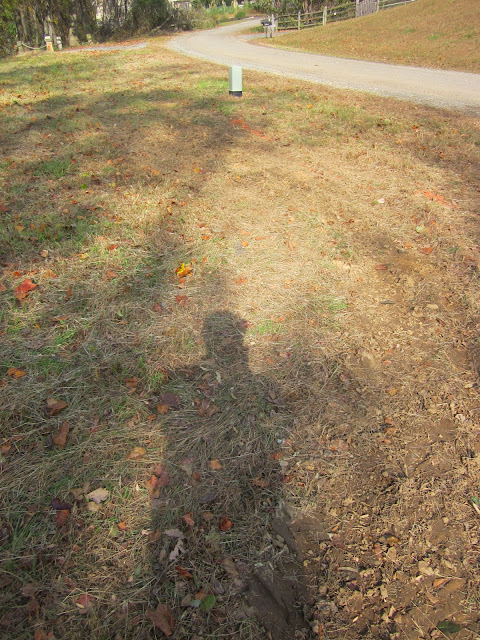 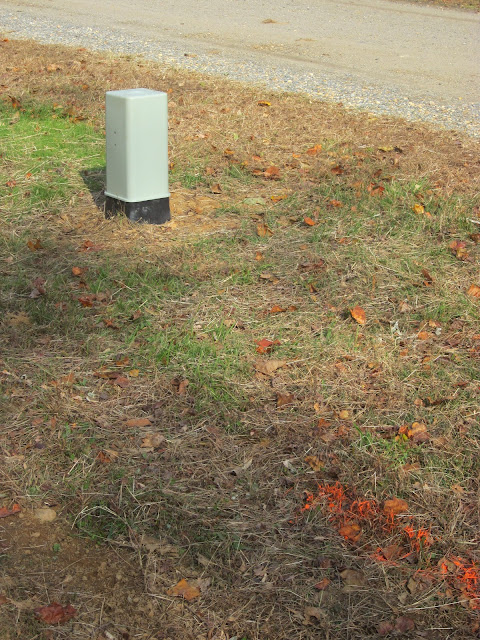 Comcast has installed these boxes where the links to the houses will fan out from. The orange paint comes courtesy of Miss Utility to mark the existing phone and electric wires. 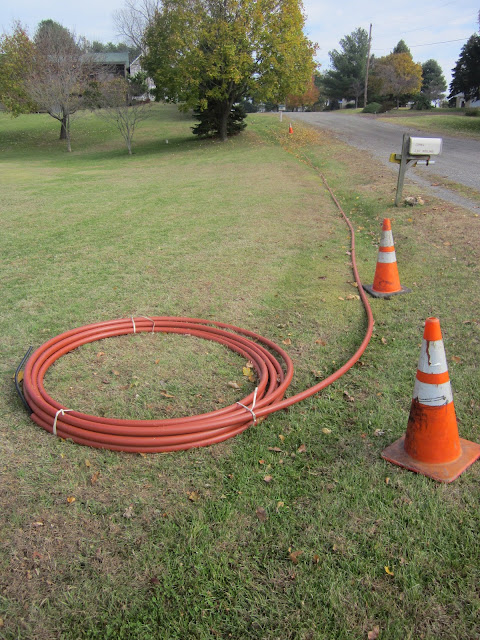 The main trunk coax that is being laid through the community beneath the right of way. 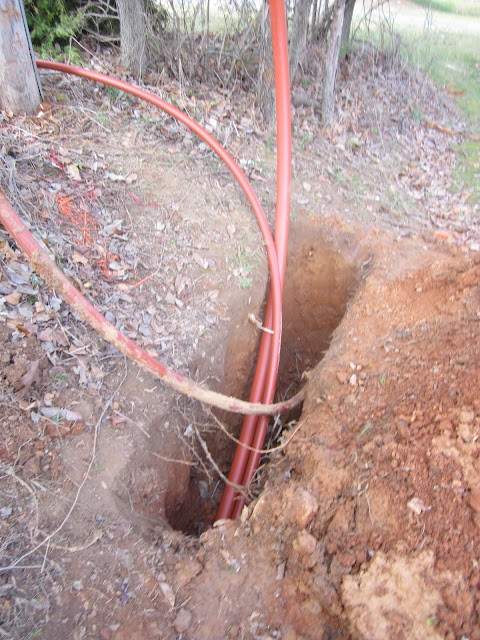 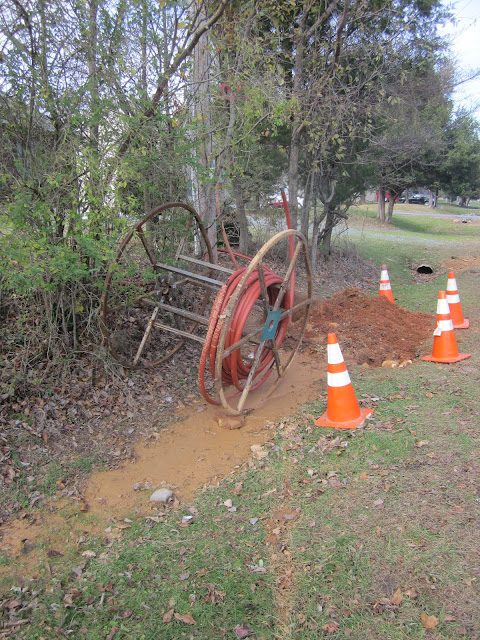 The Comcast contractors appear to be mostly Hispanics. They are essentially drilling a hole through the dirt for the cable. It is all underground with nothing on the electricity poles in the community. 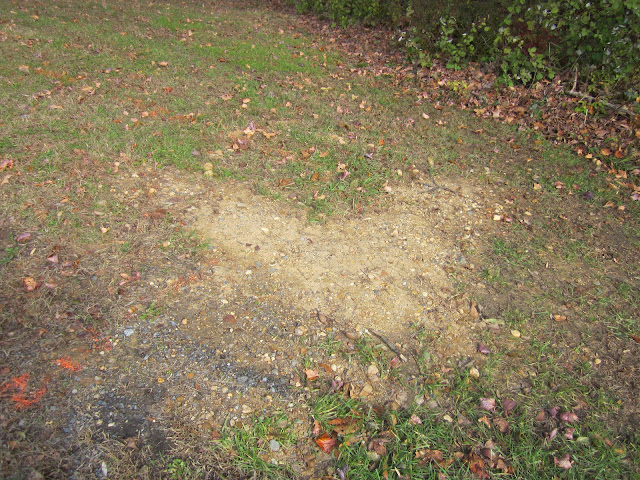 The clean up pretty well though not all the holes look as good as this. 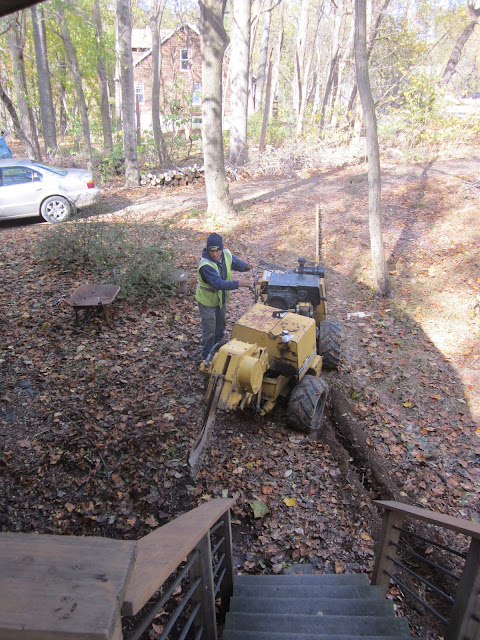 While I was gone for my daily walk two blokes turned up with a digger and had already mostly dug the narrow trench from the pedestal in front of our neighbour's house to our house. 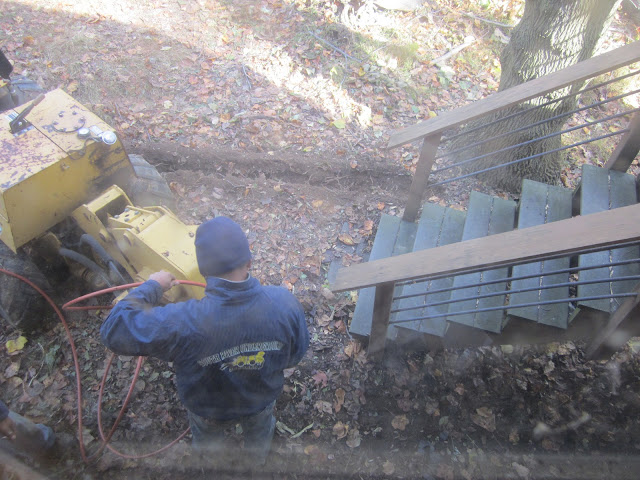 The digger seems to have a facility to lay the coax at the bottom of the trench which is apparently about a foot deep. 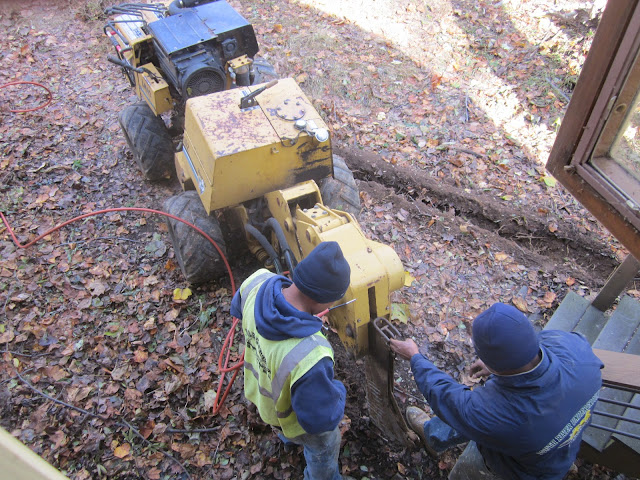 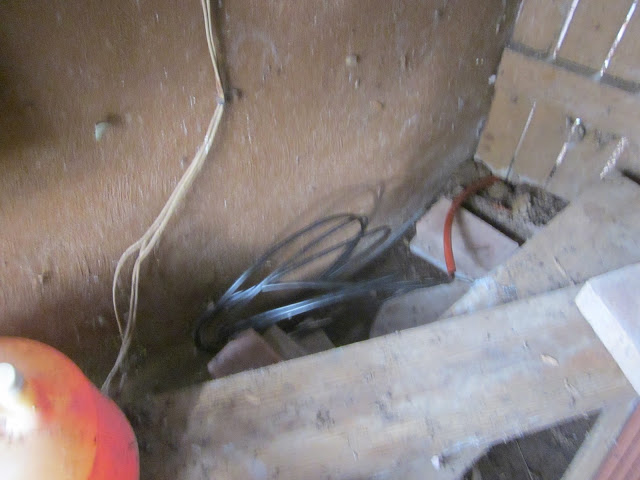 The rolled up coax cable waiting to be connected.

From what I hear, the permits to lay the cable through the State Park are still being worked on. I'm not sure how deep the cable will need to be laid in the Park but these machines really make light work of the trenching. Hopefully we will have cable before Xmas. 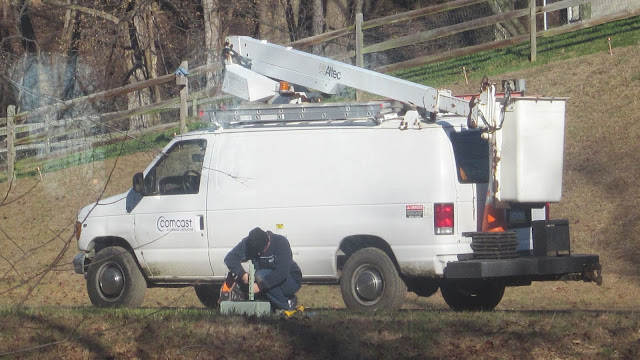 On December 13 this Comcast truck turned up and it looked like our cable feed was connected to the main loop. A supervisor turned up and he said that he didn't think the connection would be made before Christmas and more likely in January. There was a problem getting permissions to put the fibre cable through the State Park but the problem has recently been resolved.