The tree is removed

When we got back from Paris we learned that one of trees had fallen over on our neighbor's house. There was still some of it standing so we had to have it taken down. We used a local company called Wright Brothers and we called them to deal with the tree that came down in Sandy. 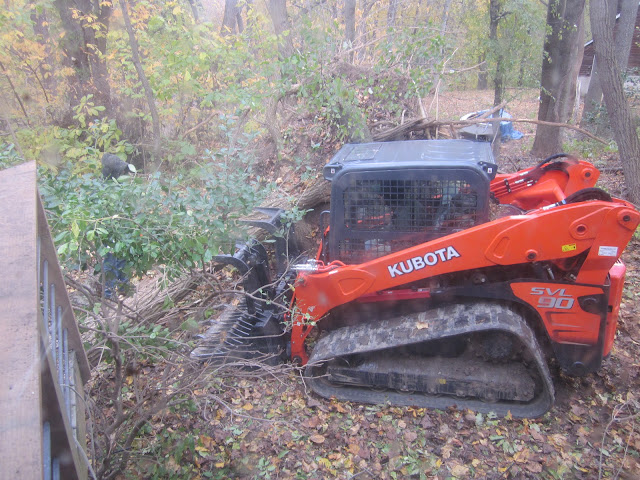 Three blokes turned up and one of them used this bulldozer to card away the trunks of the trees. 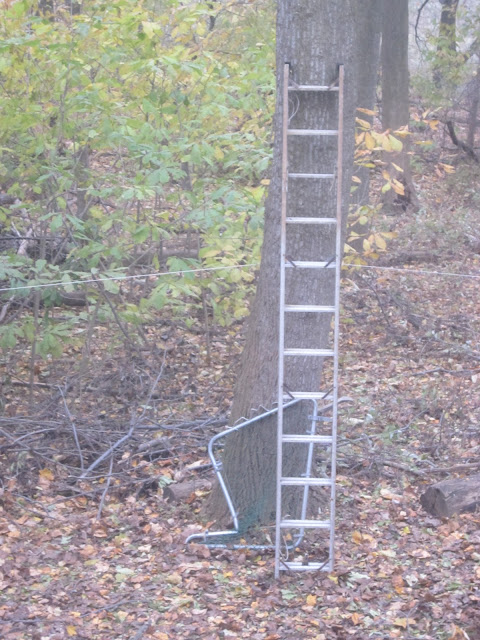 My long ladder survived, but not the metal gate. 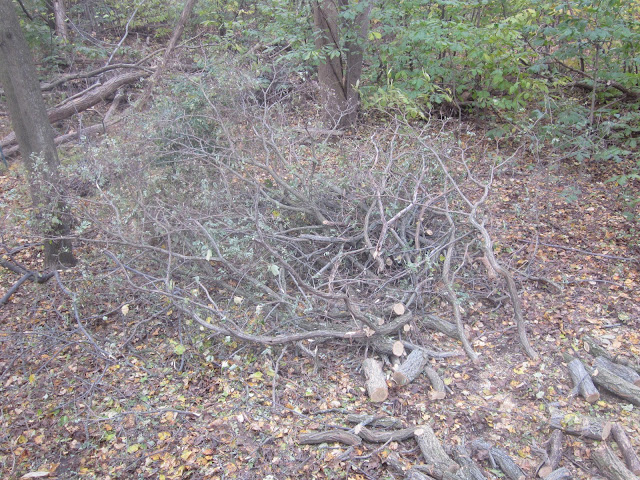 Gradually the tree was cut up. 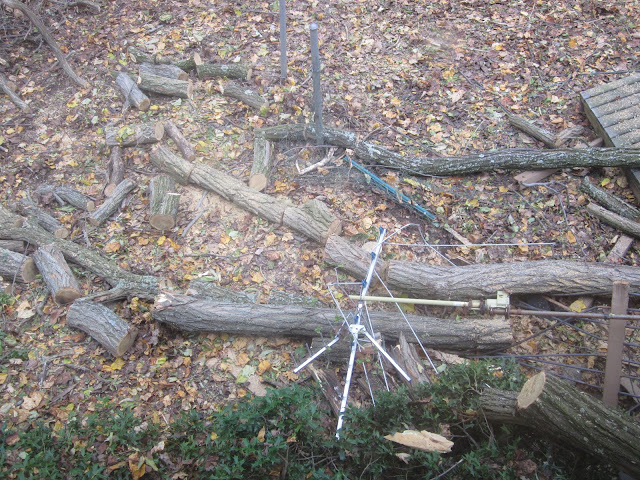 The remains of the TV antenna. Fortunately Comcast  cable is supposed to be arriving in the next couple of months. 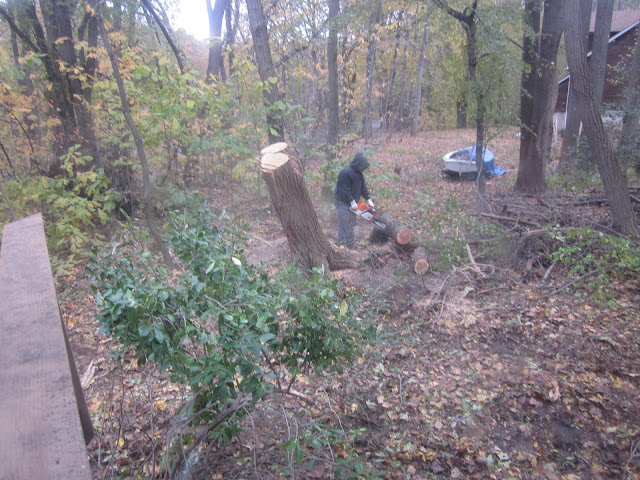 The base of the tree flopped back upright. I was glad I did not have to cut up all this. 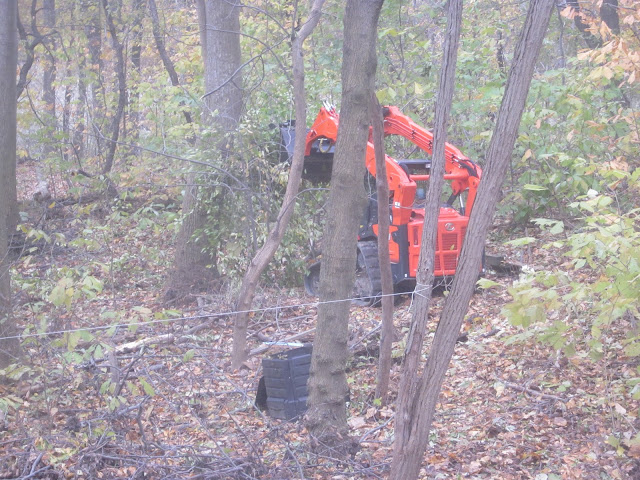 The bulldozer carted a lot of the smaller stuff way down the back. 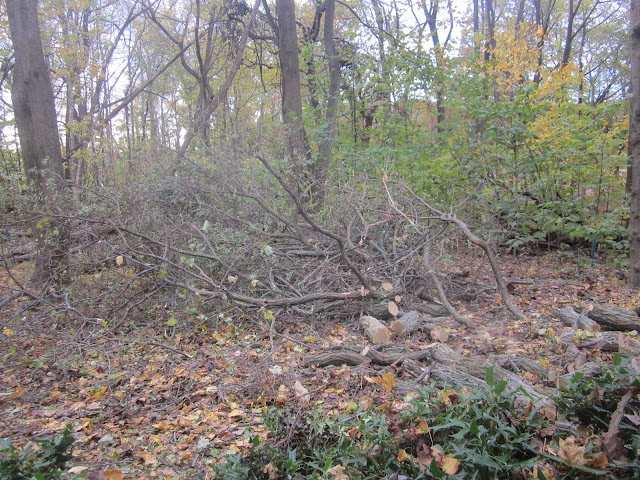 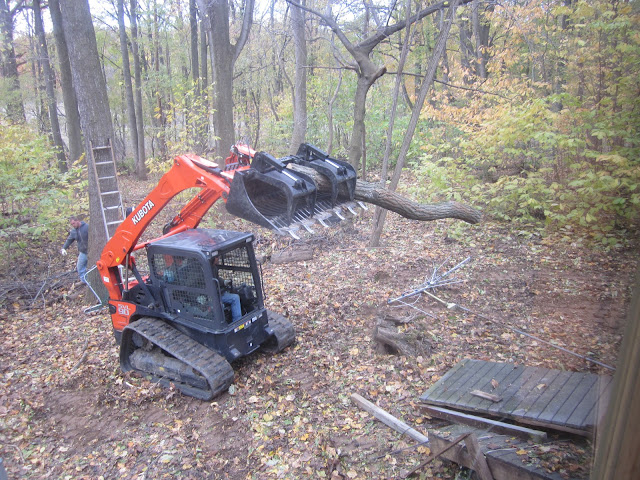 The jaws with a huge log. The bigger logs were cut up into 12 foot sections and loaded onto a wagon out on the road. 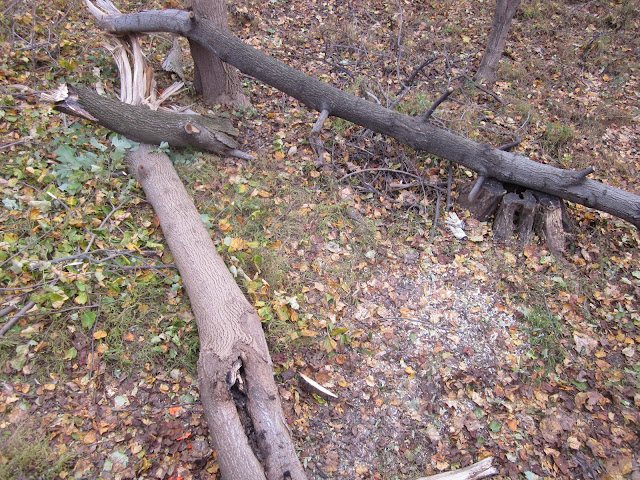 They also took down the tree by the front deck that was split during the June storm. One of the three blokes was the owner of the company and I asked him to identify any trees that also needed to come down. This was one of them. 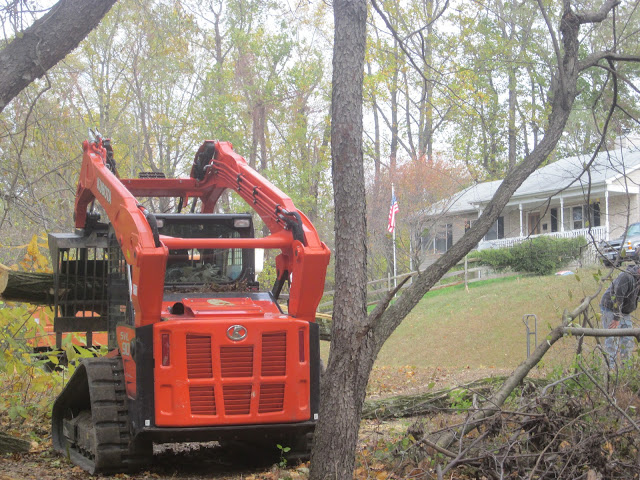 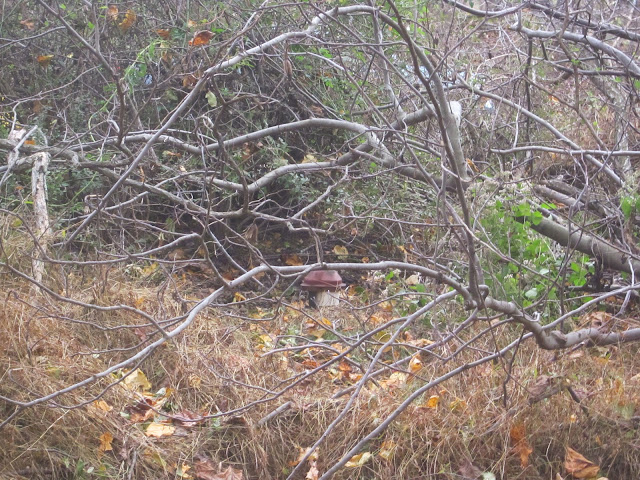 In the middle of the photo is the top of our well. We decided to get rid of the two trees at the front of the driveway which really have a lean on them. 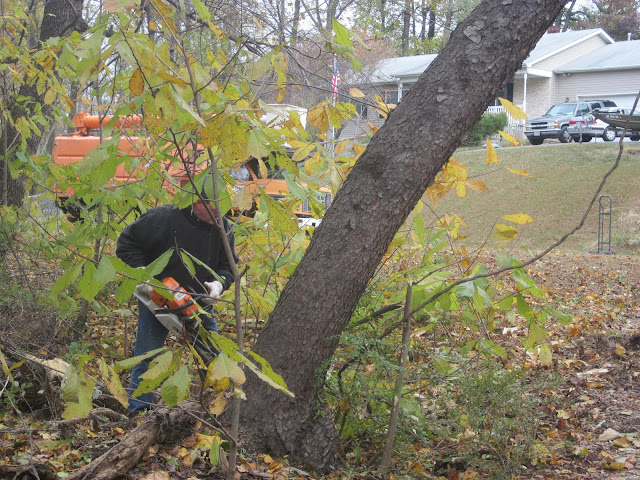 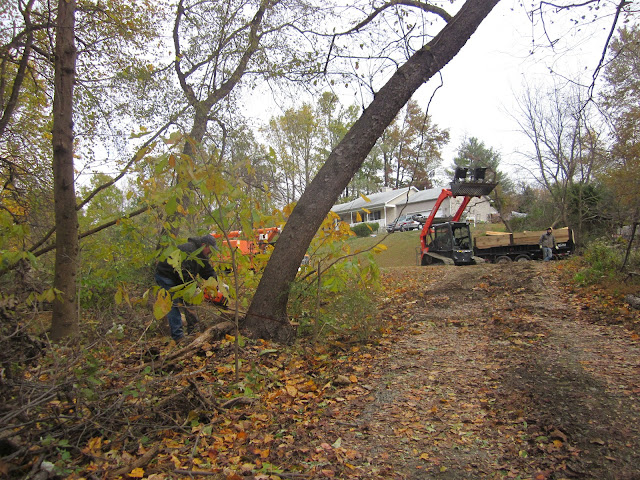 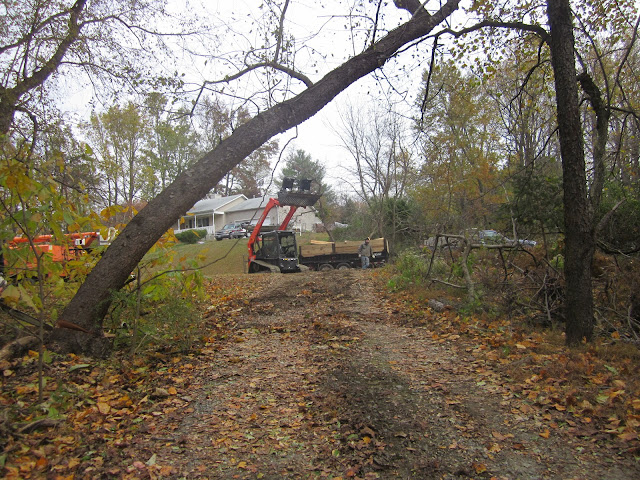 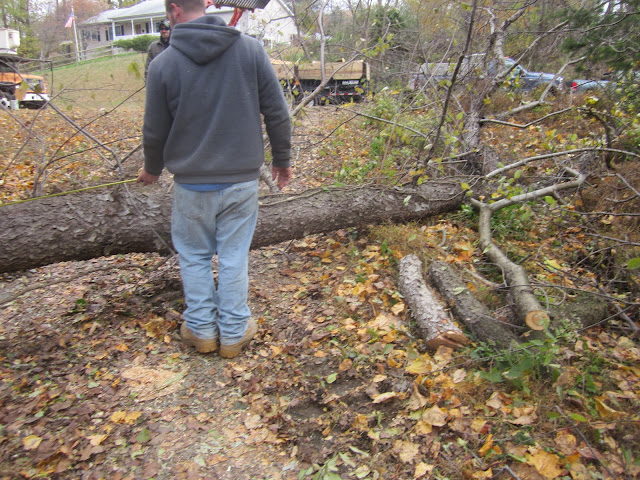 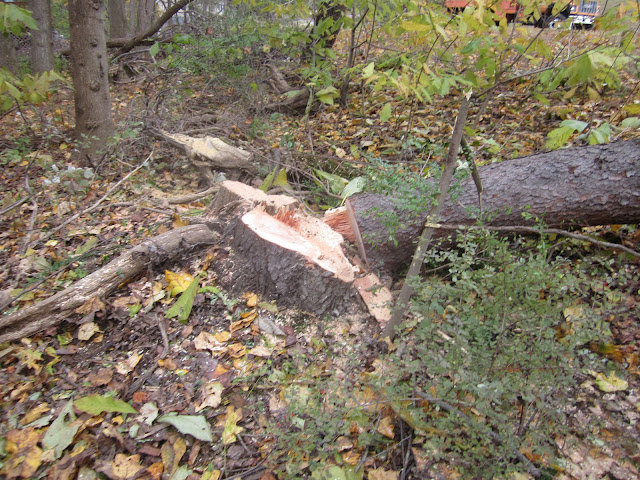 The end of the leaning cherry tree. 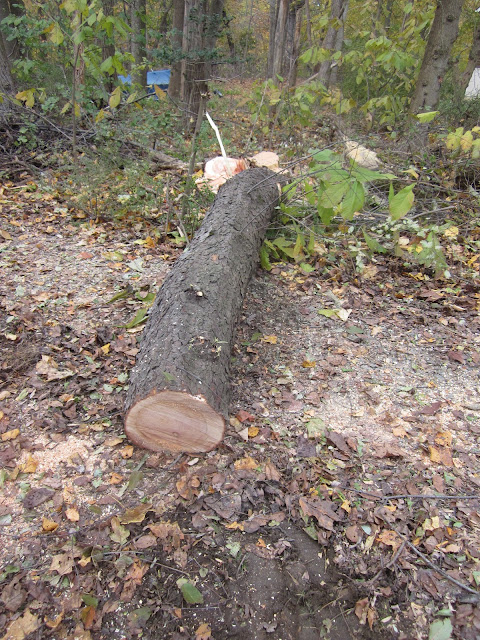 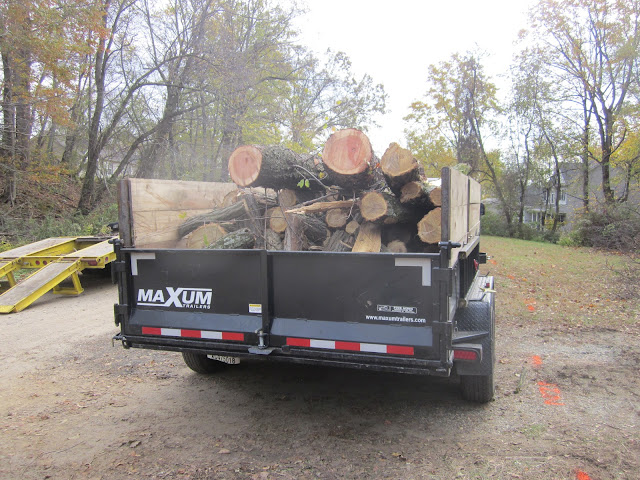 The wagon loaded with logs. It's great to see that the fallen trees will still serve a purpose. The team of three blokes did a great job and they worked almost three hours. It would have taken me days and days or more likely weeks and weeks to try to do what they did in that time. And of course, they are experts and know what they were doing.

Just before they left, a couple of adjusters from State Farm turned up to inspect the damage. They were very friendly and helpful. One came from Colorado and the other from Ohio. Because of the huge amount of damage in New York and New Jersey, adjusters have been flown in from all over the US. From what they said we will be getting a new roof and our deck will be replaced as well as a new back door downstairs. They were very concerned that everything that was damaged was listed.