When the tree fell down and demolished our deck, it also demolished our old R2D2 grill. Even though we don't do much grilling, we decided to get a new one that was an improvement over our old grill. Our hope is that we will do more grilling if we have a device that is easier to use. Our friend Larry in Pittsburgh recommended the grill he uses and so we bought one. 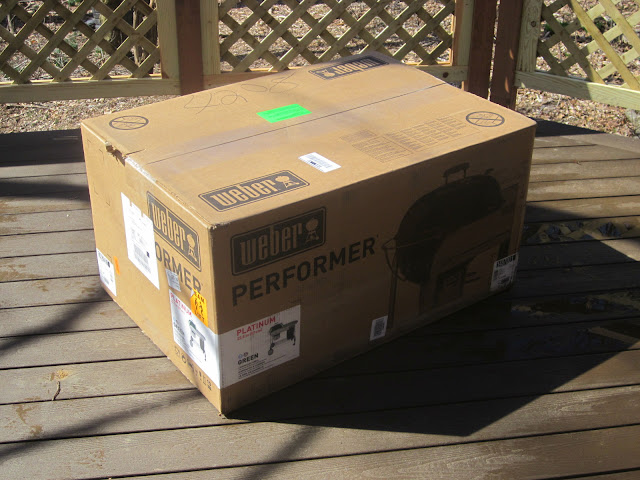 The grill turned up in a large box that probably would have been too large to fit in out car. The UPS bloke was very pleased to have some help carrying it up onto the deck. 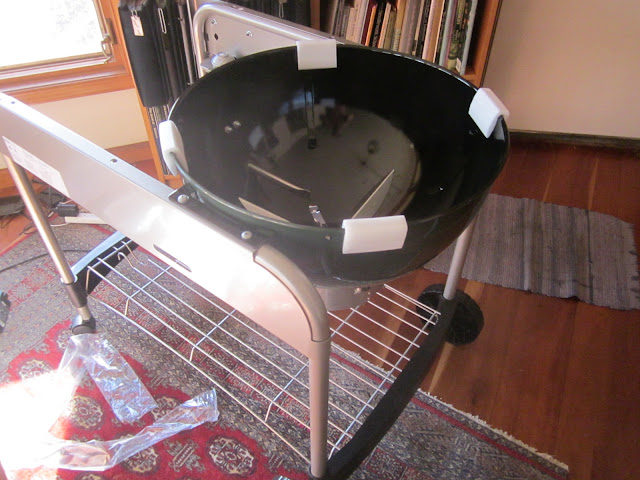 Of course, then I had to assemble it. 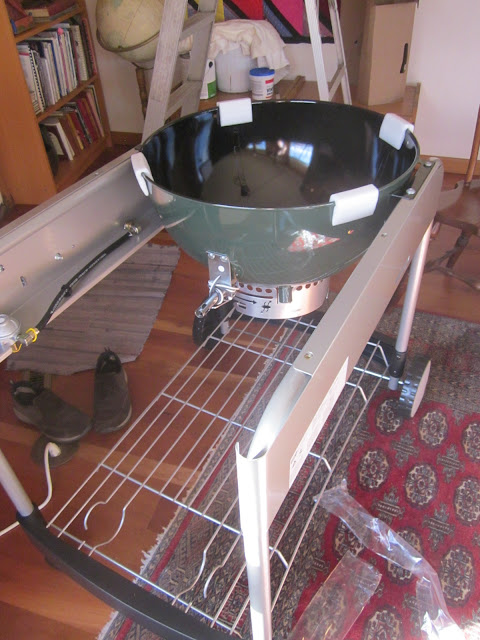 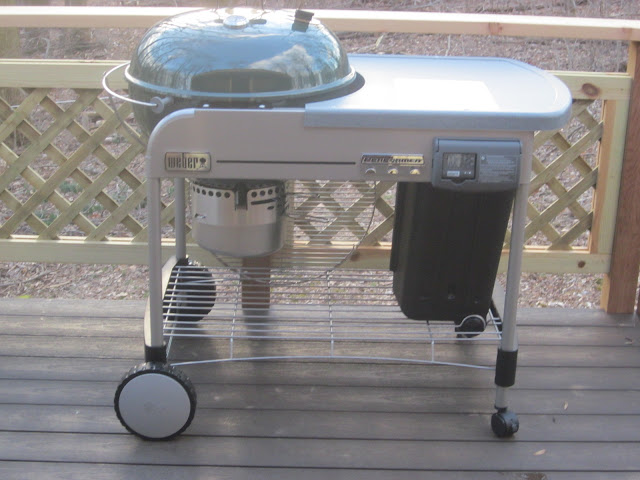 After about an hour of so, I managed to put it together. 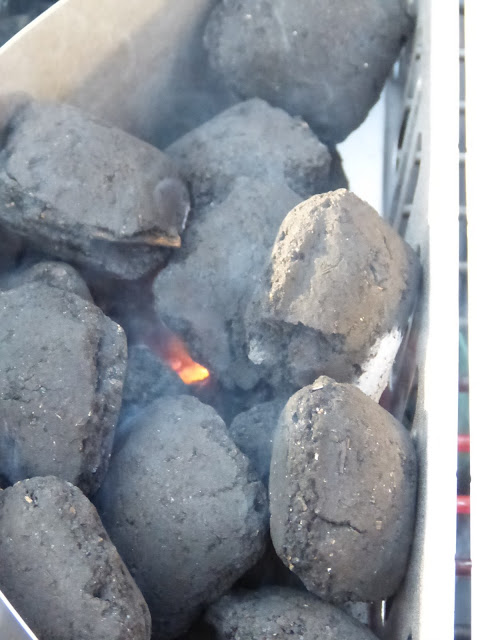 Marianne did not want a propane grill, she wanted one that uses briquettes. This grill is basically one that uses charcoal briquettes but there is gas lighter. You simply turn a knob to start the gas, push a button that ignites the gas and shut off the gas after five minutes when the briquettes are lit. I was concerned that it wouldn't work but it performed perfectly. Approximately 20 minutes later, the grill was ready for action. Very simple and easy. 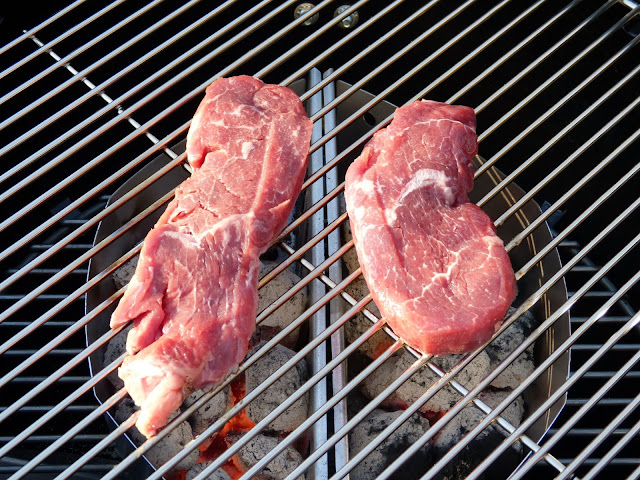 I had bought a couple of inexpensive steaks from the local Food Lion as a trial run so that if the grill did not work, it would not be a waste of the good steak that we have in the freezer. The heat coming off the grill was quite impressive. 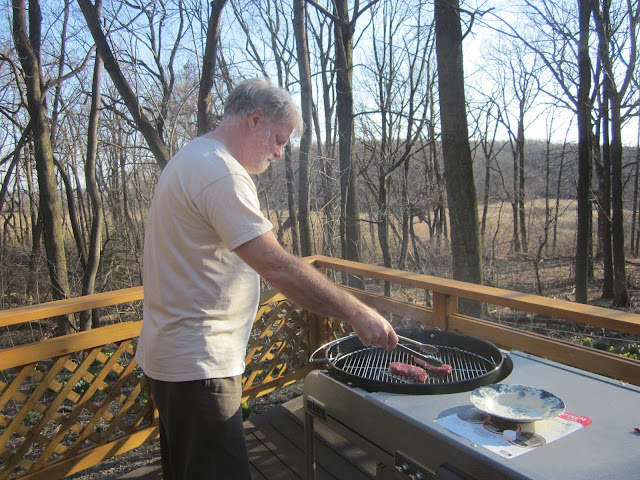 The grill meister in action. The steaks looked a bit small compared to size of the grill. 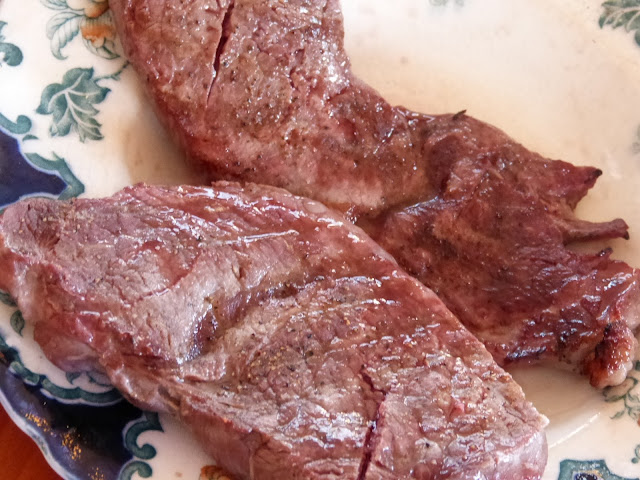 The finished product. The steaks were pretty thin so I couldn't keep the steaks on too long to get an impressive char. In the meantime, Marianne had prepared some potatoes roasted in mustard as well as a salad with lots of avocado that was really good. I've had much better steak in my time, but this was tasty enough and cooked just how I like it.

As I said to Marianne after dinner, a very good second rate meal.