And now for something different. Marianne wanted to feed her scrap-booking habit by going to a shop in a place called Mitchells a few miles away. It's a collection of specialist shops in old farm buildings. 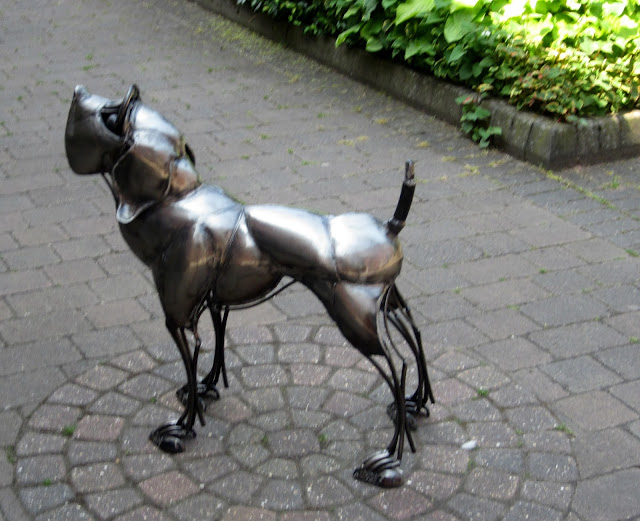 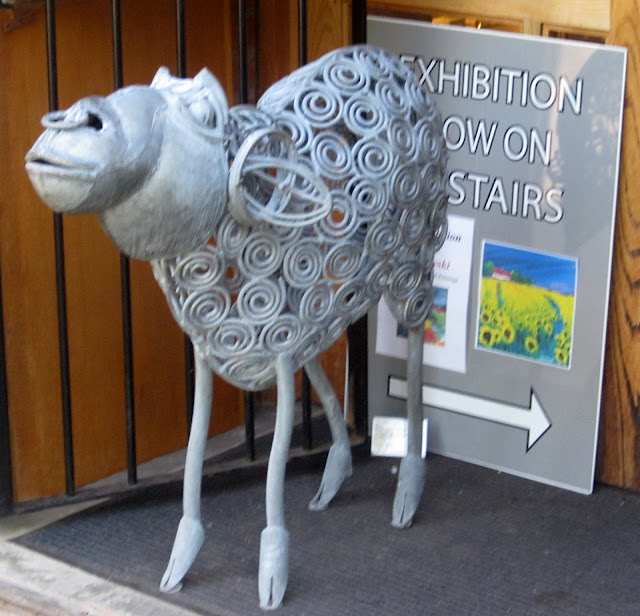 This is one of those places that sell all sorts of stuff that I would never use or need. You have to admire the skill and the vision that produces this dog and sheep but do I need one of them? 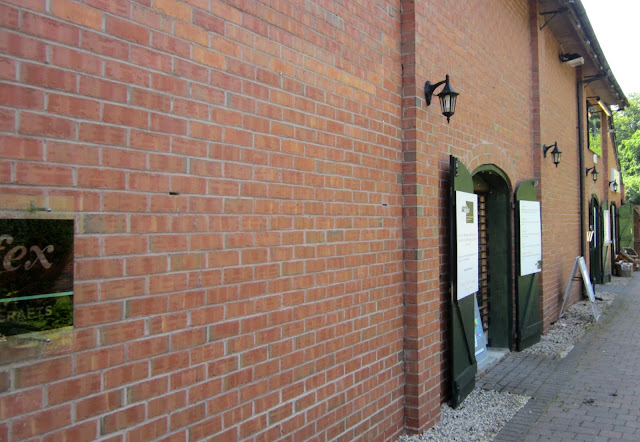 Behind each door lies yet another shop. Actually the one furthest away sold stoves, presumably coal briquettes fired since wood is not that common any more in England. 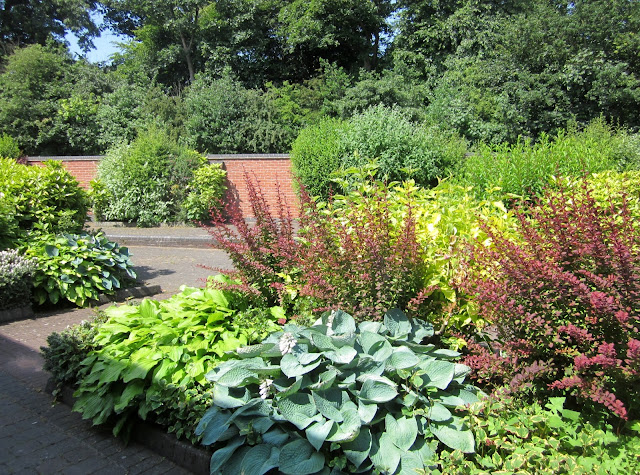 If I lived in England I would think seriously about becoming a gardener. Stuff just grows so easily here and looks so good. 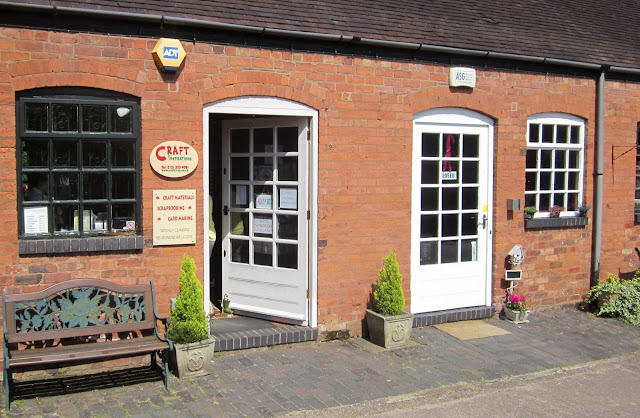 The scrap-booking shop. I presumed Marianne was having a great time in there. 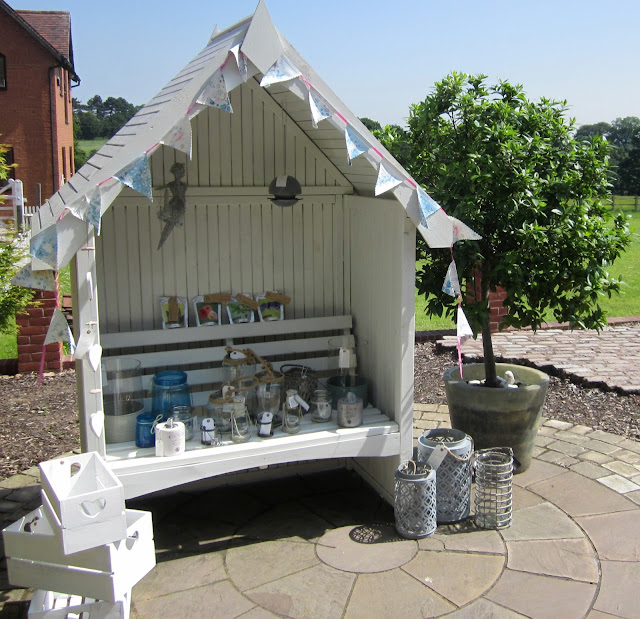 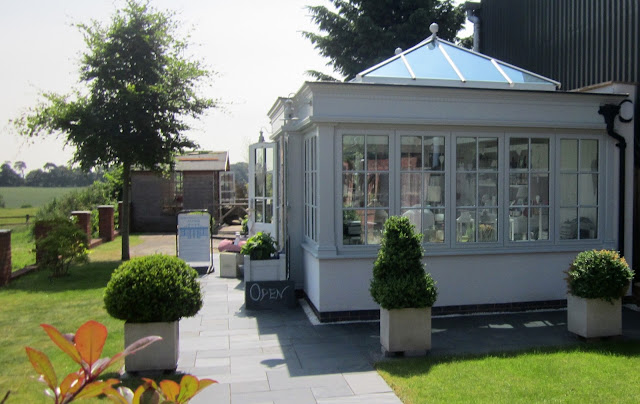 I spoke to the salesman inside this conservatory and asked him how much something like this building would cost. The price varies according to the quality of the materials but a top of the line version would cost over 40,000 pounds. 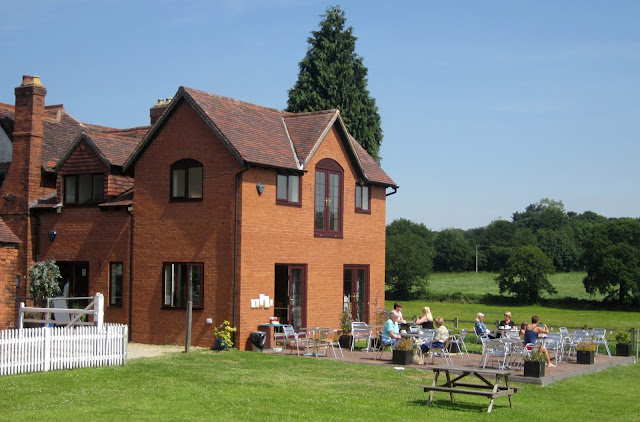 Since this is England, there had to be a tea room or in this case, a tea outdoors. The part of the building in the background is part of the original farm building. 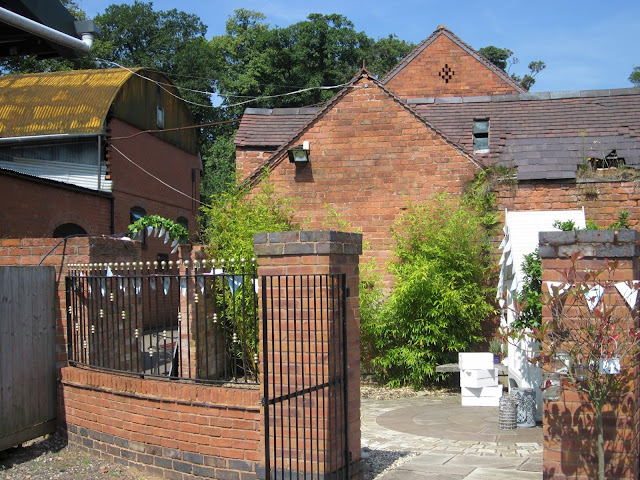 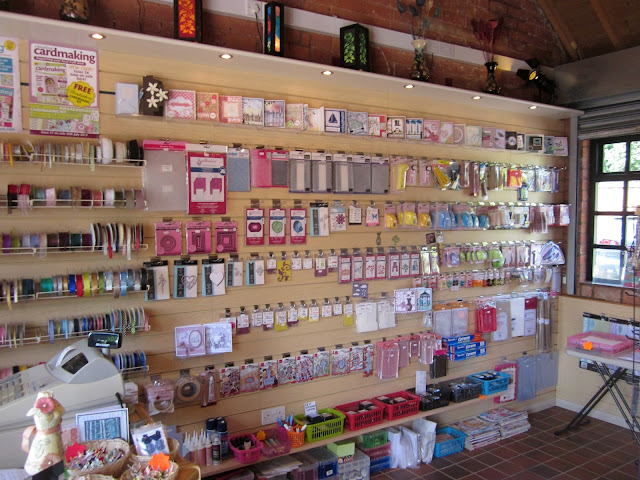 After a while I decided to enter the lion's den so I went into the scrap-booking shop. Marianne was spending Robin's inheritance with great abandon. Over eight pounds was lavished on her hobby but at least the bag seemed heavy as we left the shop. 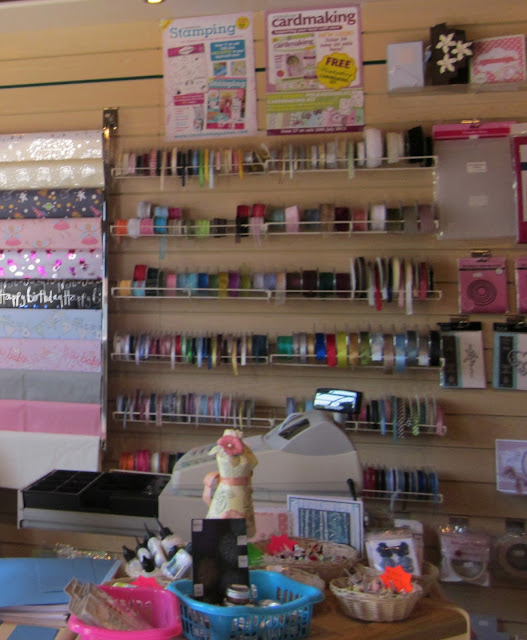 By the way, you do save money when you do house exchanges because you don't feed your hobbies. No packages from Mouser arrive while I am away from home. 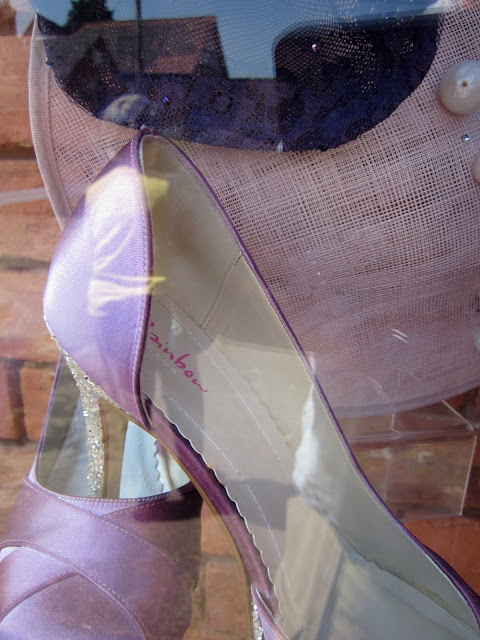 Finally, a pair of purple booties and matching hat. They would look great on the Coast to Coast walk.