After lunch we headed south to Queenstown. We had to return east for a few miles to Burnie before heading south. With all the rain, the road through the Hellyer Gorge was closed. 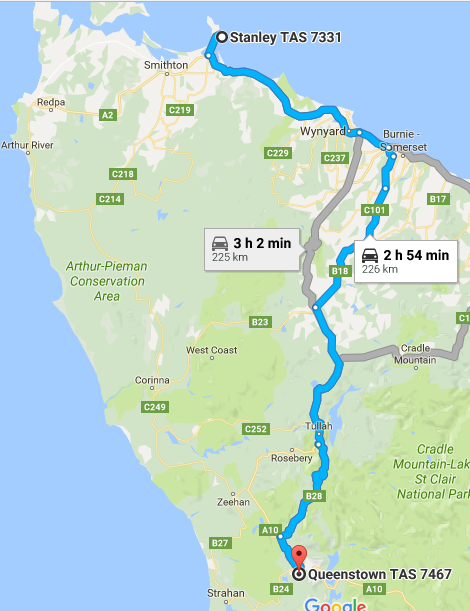 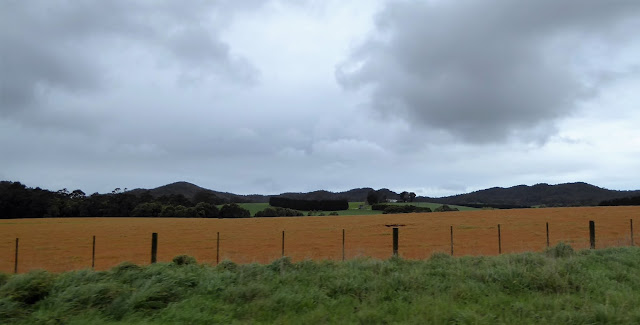 Every now and then we would come across a field with this curious orange coloured crop. We had no idea what it was. 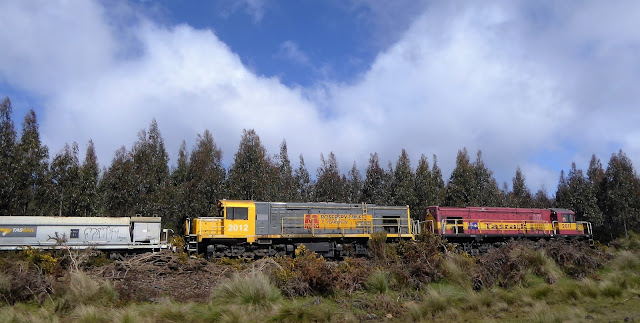 As we headed south we passed a train. Great excitement. 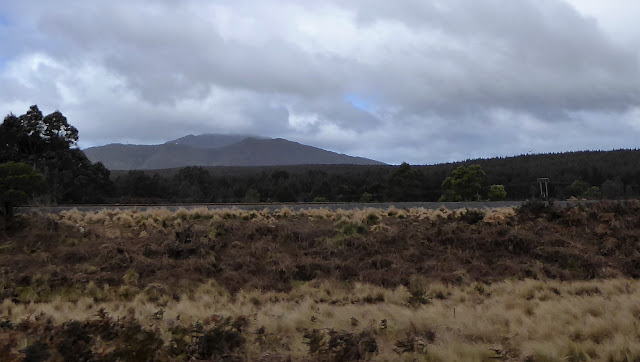 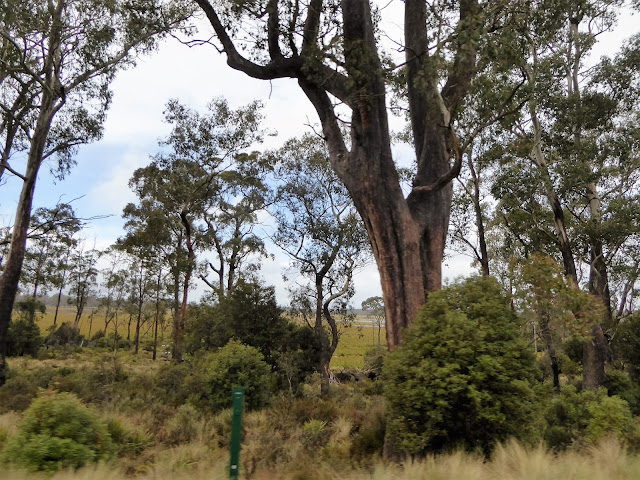 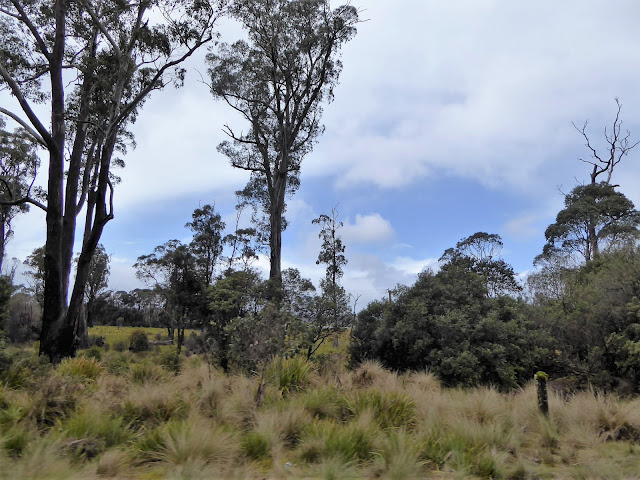 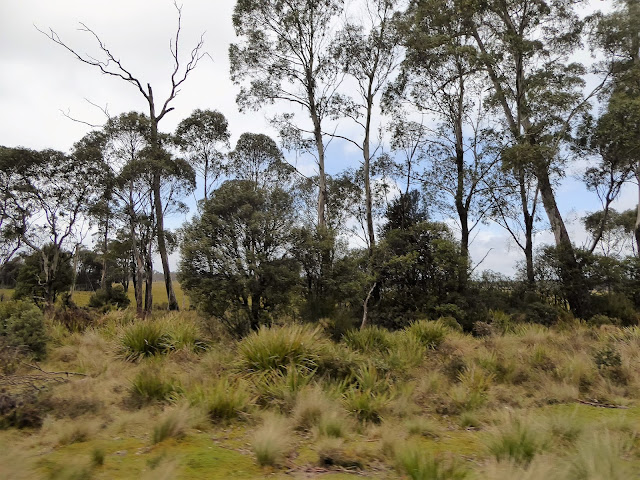 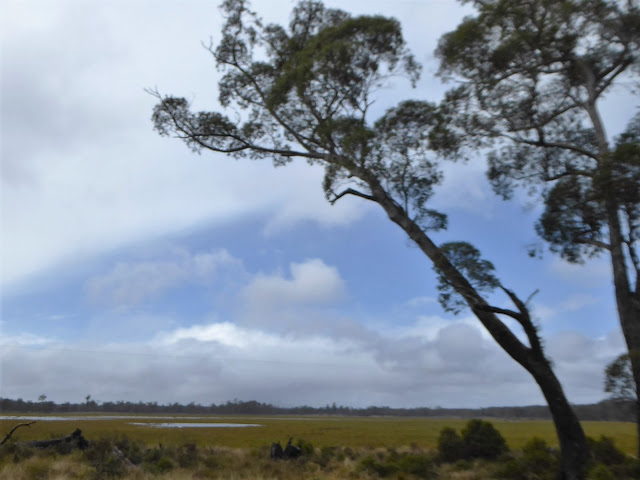 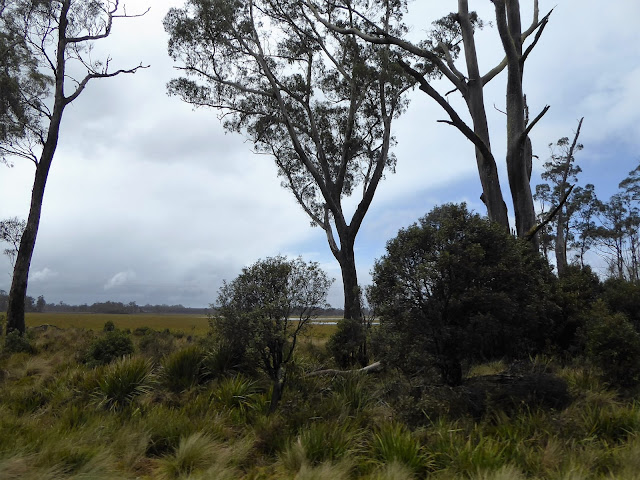 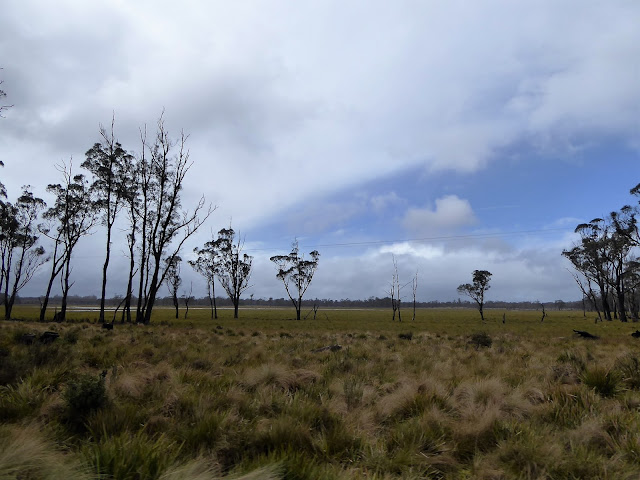 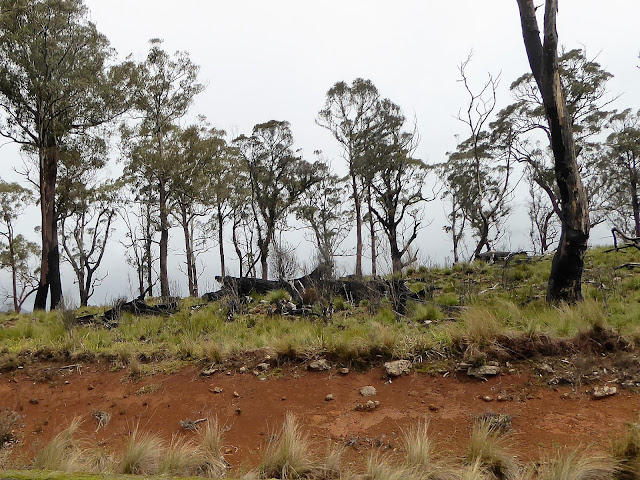 Tasmania gets hot and dry enough in summer to have bad bush-fires.

It started to cloud over and we thought about the members of the walking group who had continued on in the mountains. 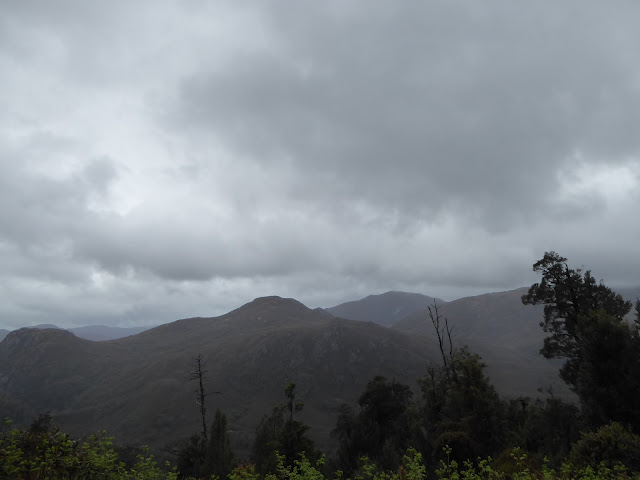 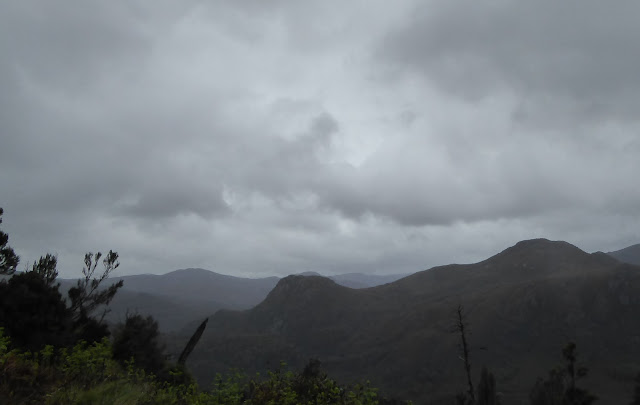 These probably were the mountains where they were walking. 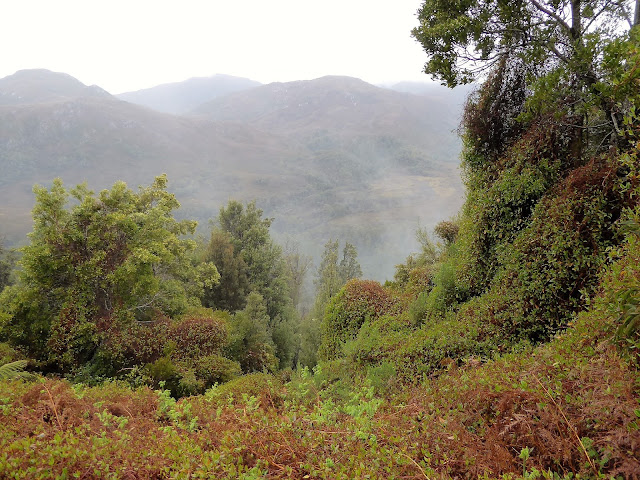 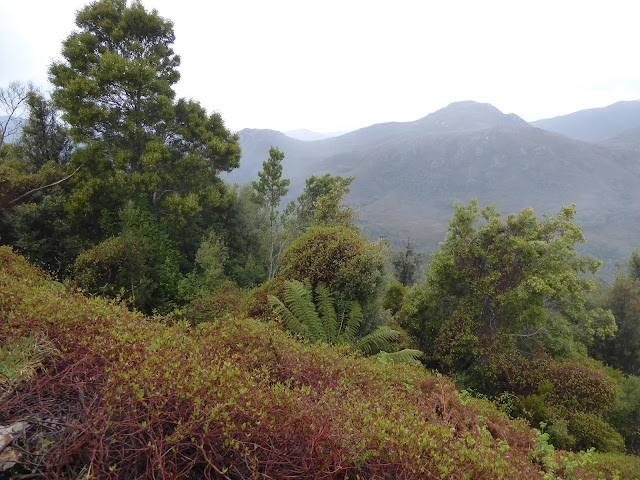 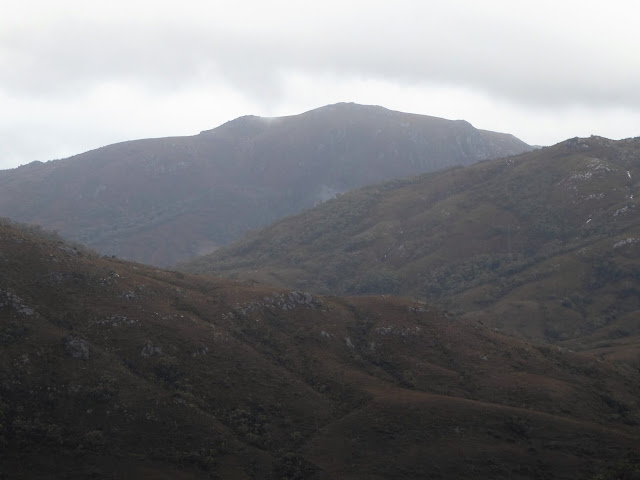 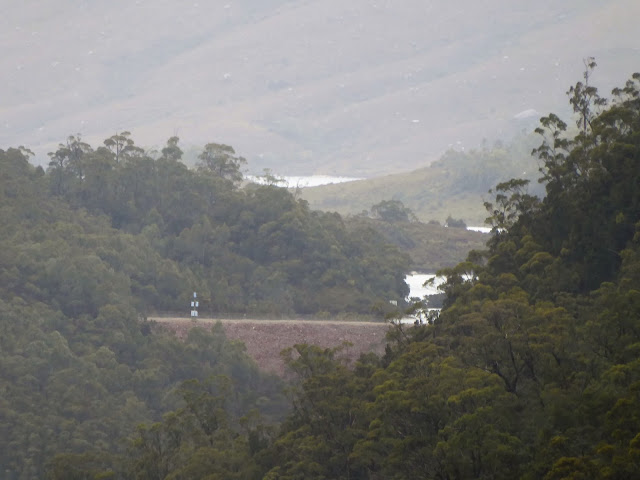 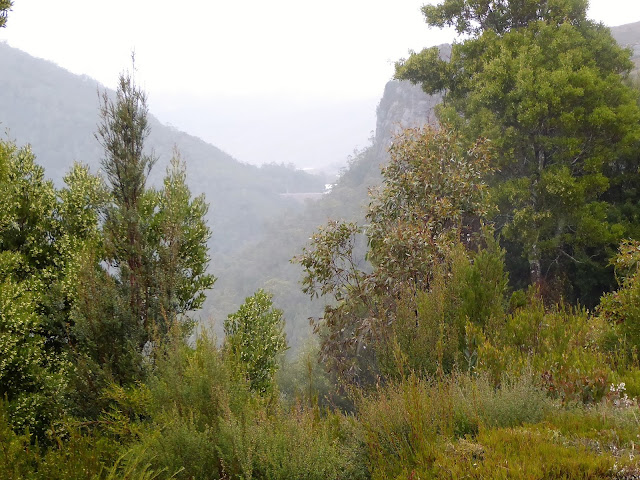 Meanwhile, it was quite cold, wet and miserable where we were driving. You did not linger long outside the warmth of the car.

Still, it was a very enjoyable drive down a windy, empty highway. You would meet a car or truck every few minutes, but the rod was never crowded. 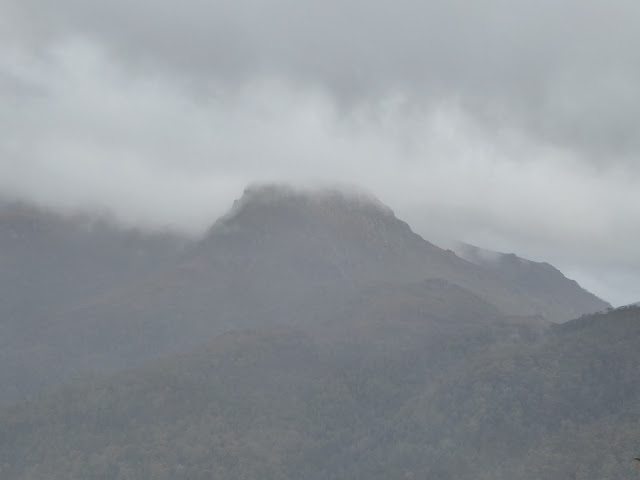 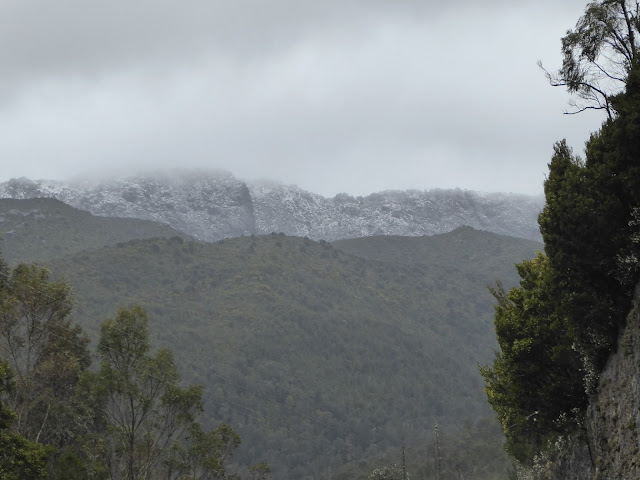 Snow up on the mountain tops. 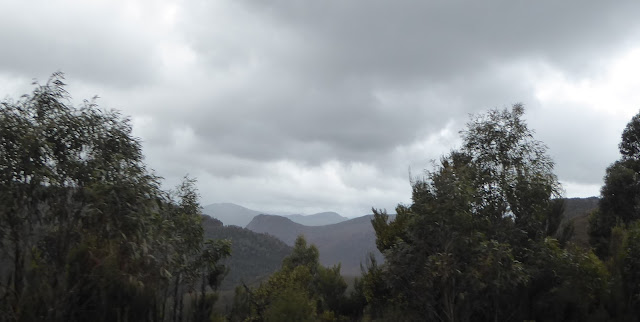 Despite the clouds, it was all quite beautiful in a forbidding way. 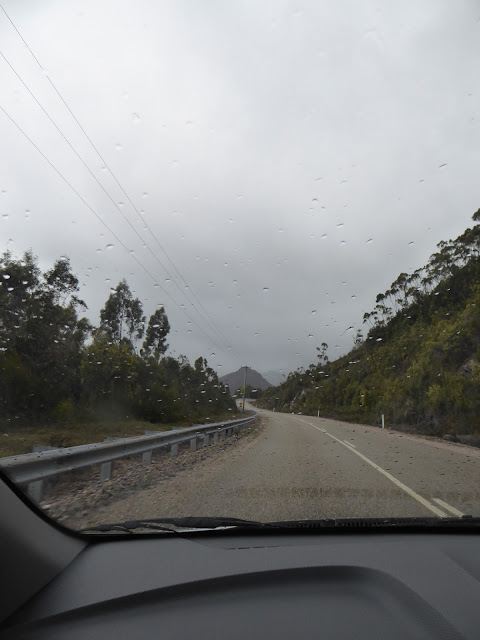 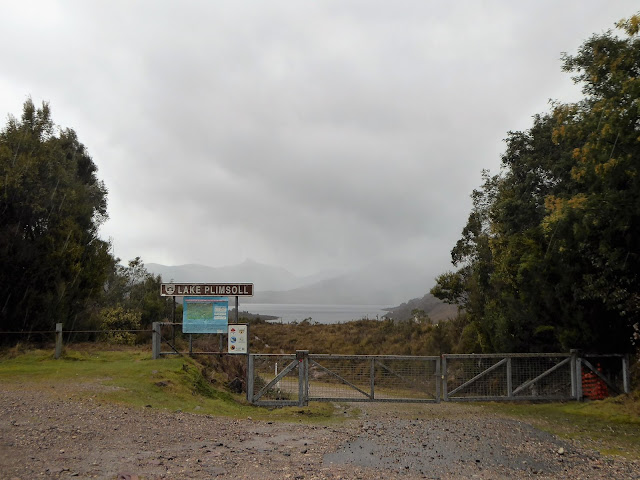 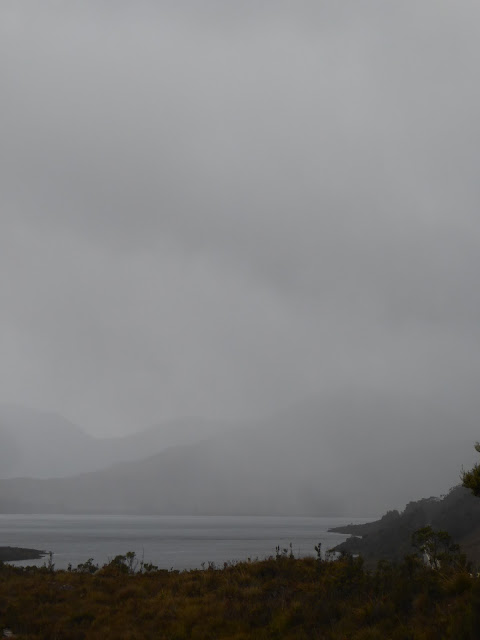 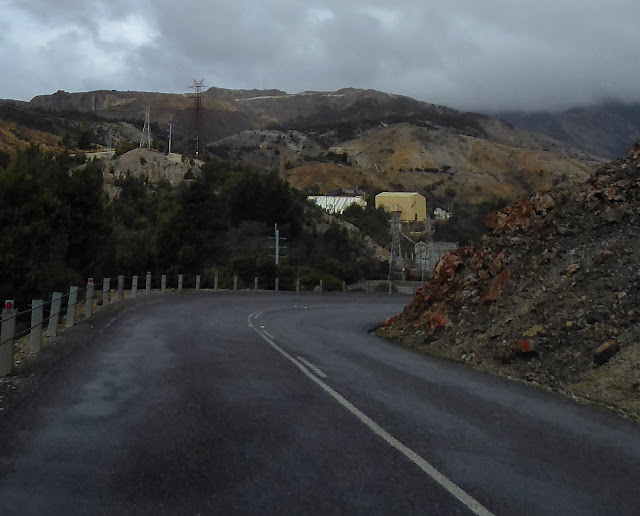 The outskirts of Queenstown, at one time the world's largest producer of copper. 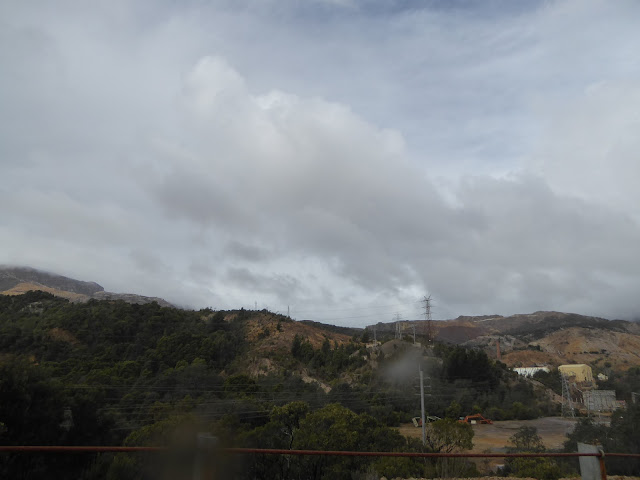 The surrounding hills are denuded of trees and fumes from the smelting and erosion have contributed to the ugly look of the hills. 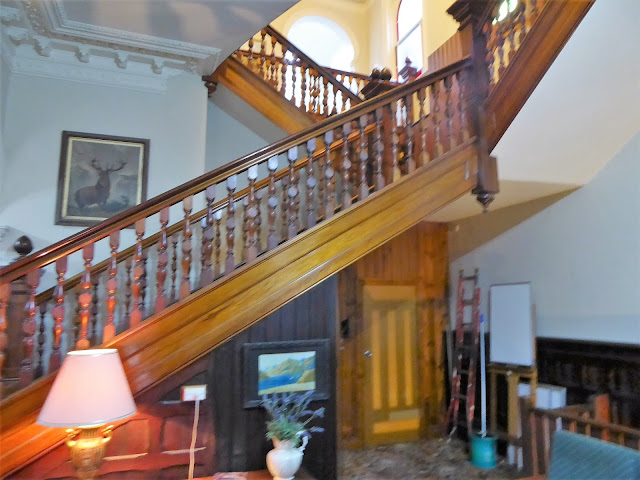 When the mining boom was on, the town was quite wealthy and the Empire Hotel was the most elegant in town. 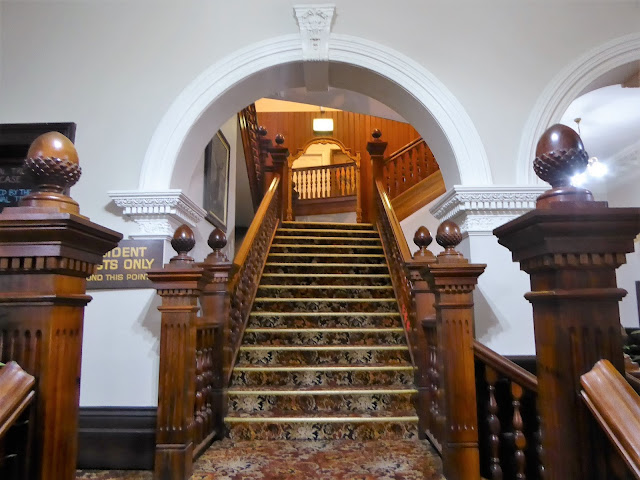 Dame Nellie Melba came to Queenstown and stayed here. The staircase was made in England and assembled here. 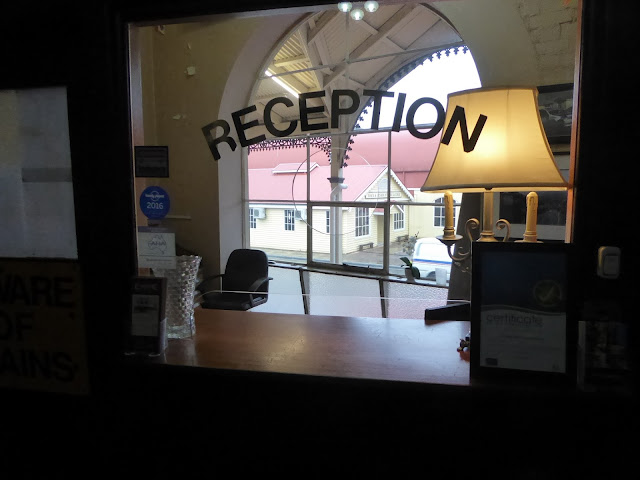 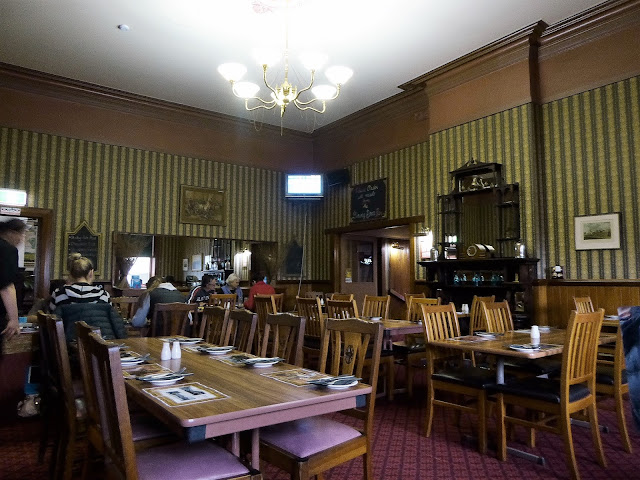 The dining room where we had dinner. We had already booked into a motel but in some ways I wished we had stayed here.