The dog line at Eaglehawk Neck

Perhaps the best way for you to understand why we went to Eaglehawk Neck is to show a couple of maps of the area. 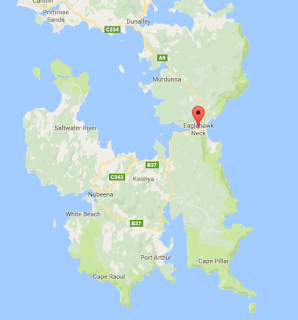 Towards the south end is the penal colony of Port Arthur. Between 1833 and 1853 it was used to house some of the worst convicts and was supposedly escape proof.

Other than by boat, the only access to the prison was via a narrow 100' (30 m) isthmus at Eaglehawk Neck. The isthmus was well guarded and included a line of fierce dogs. The prisoners were told that the waters were infested with sharks to discourage swimming. 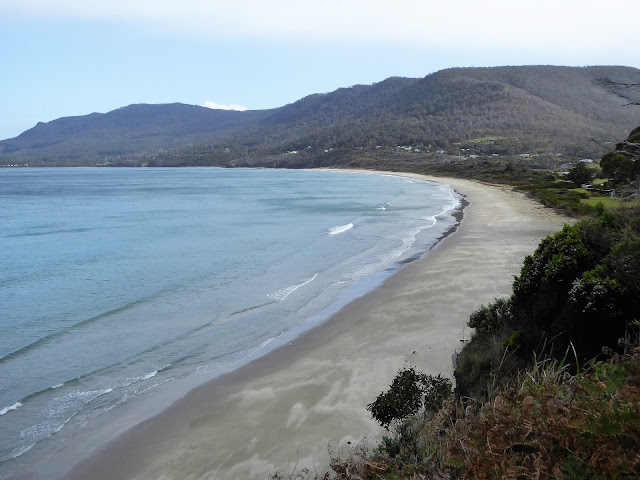 The bay on the eastern side of the isthmus. 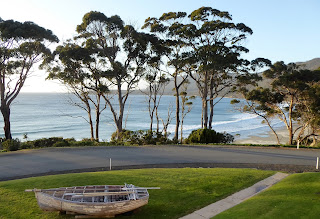 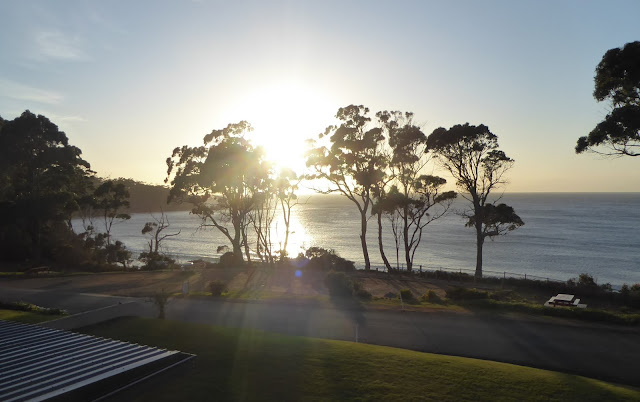 Sunrise at the motel. It was a lovely day, a wonderful change from all the bad weather we had been experiencing in Tasmania. 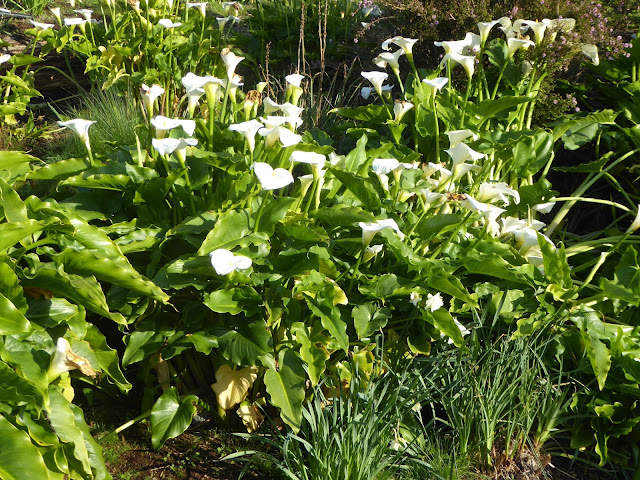 Flowers grow so well in Tasmania. 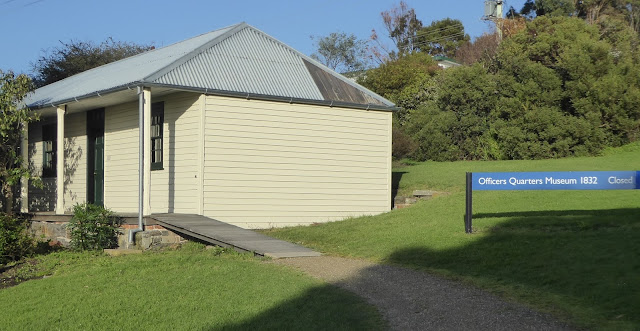 We drove a few hundred yards south to the site where the guards and dogs were located. 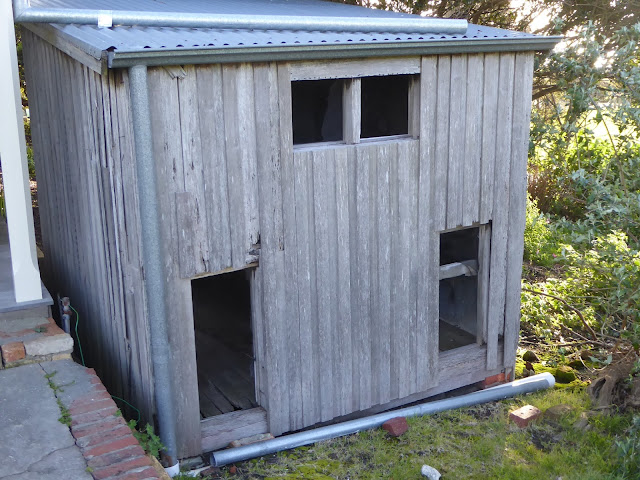 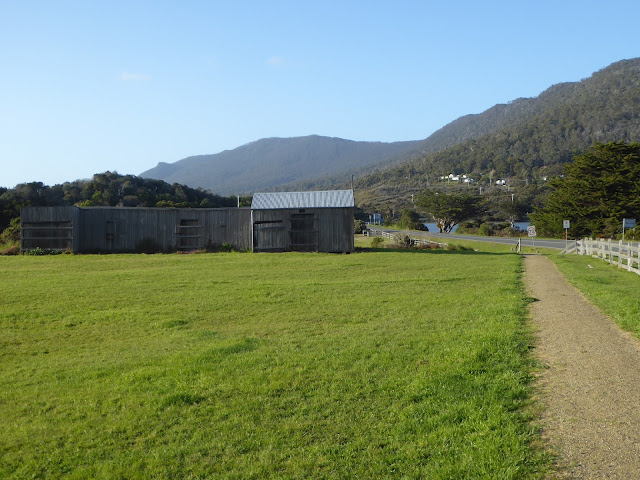 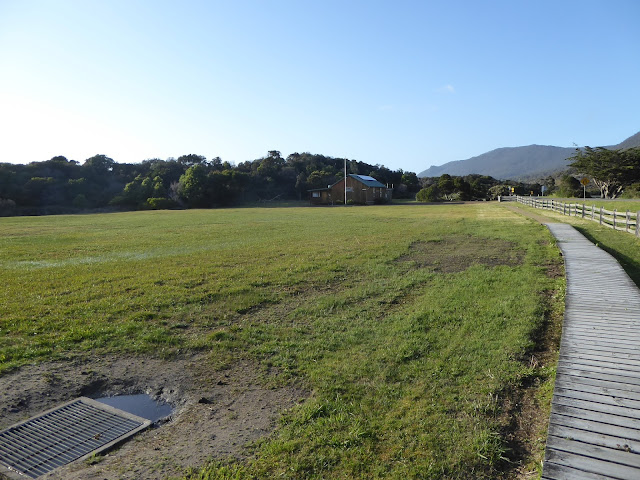 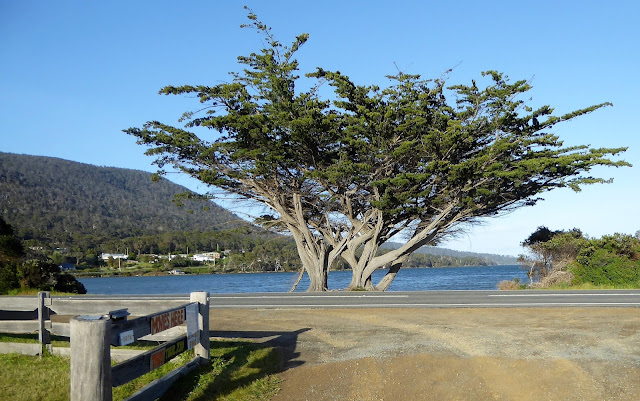 The west side of the isthmus. 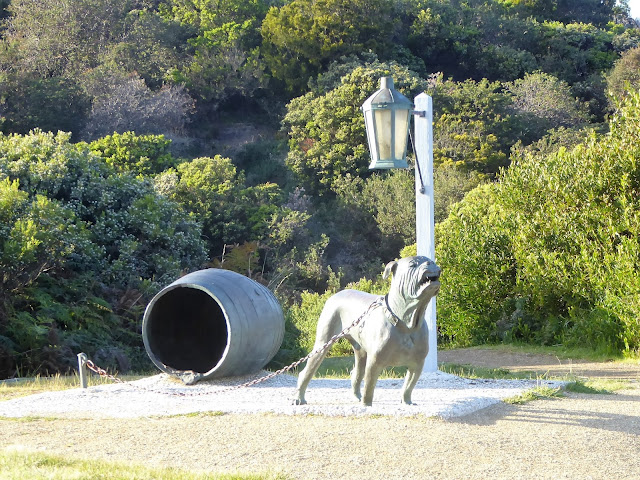 You can read more about the dogs here. Some of them were bloodhounds. 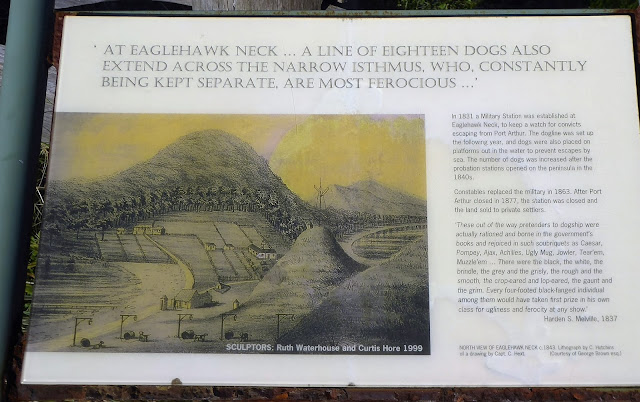 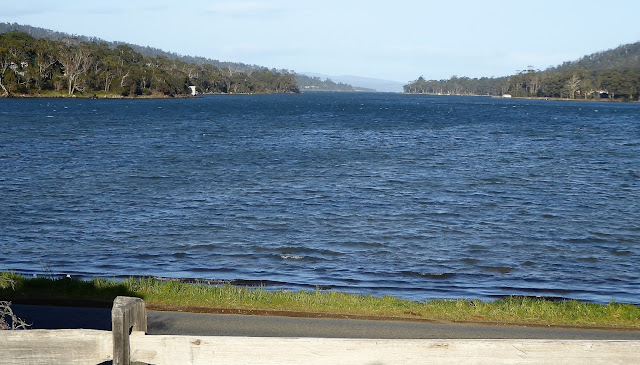 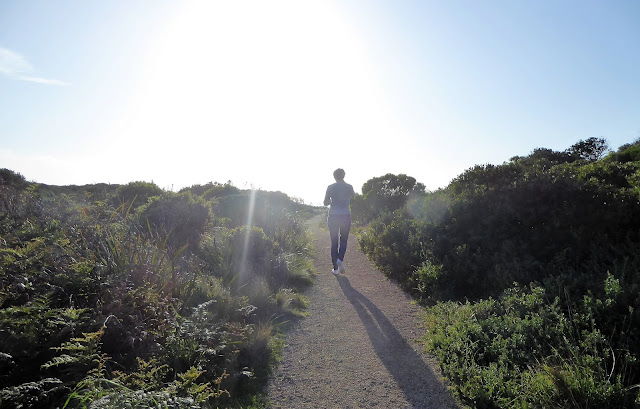 We walked over to the beach on the eastern side following the dog line path. 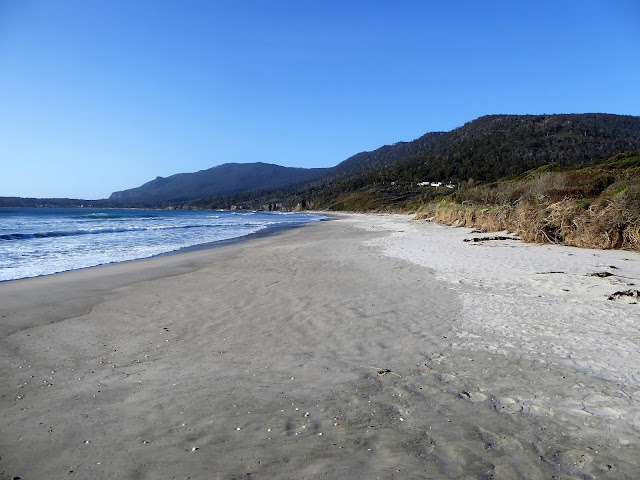 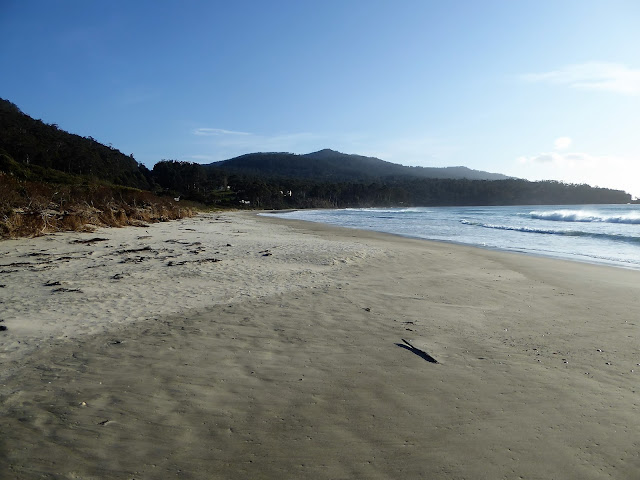 Up close, it is not a beach to rival the beaches in southern Queensland or New South Wales. 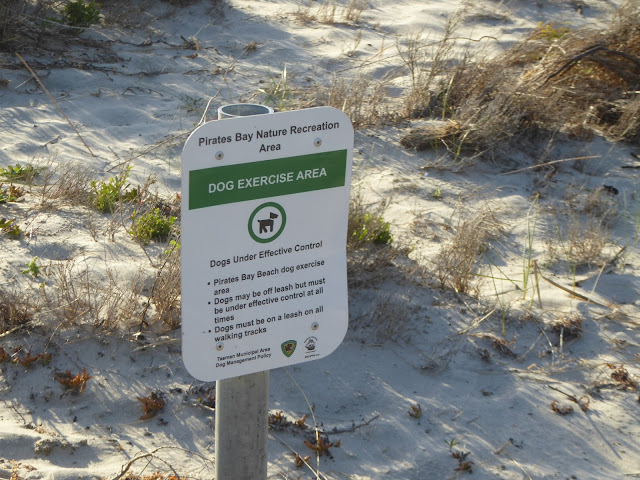 At least they allow dogs on this beach. 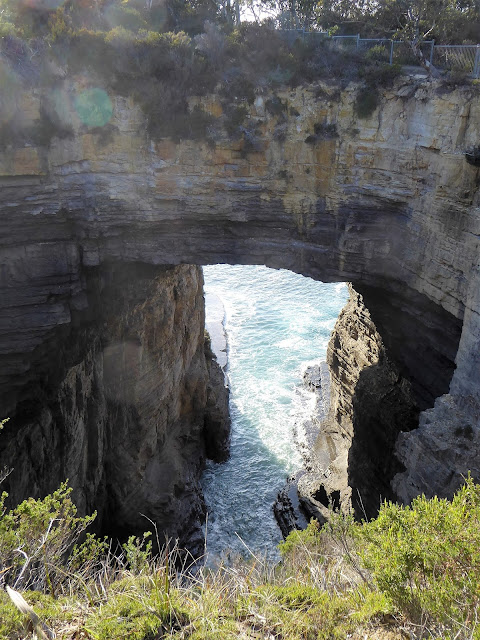 There are some other attractions a few miles south including this arch. 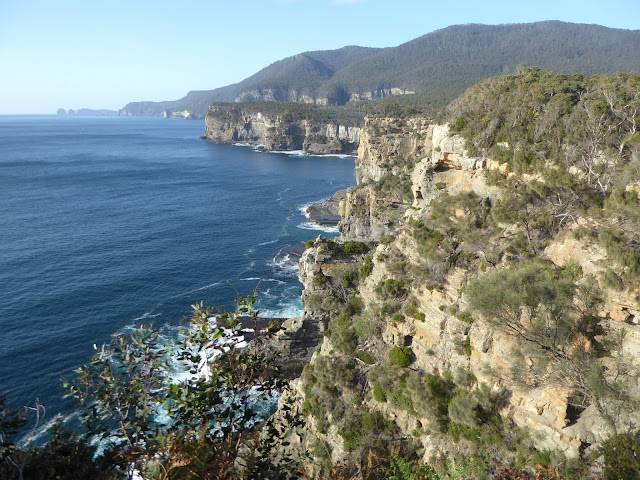 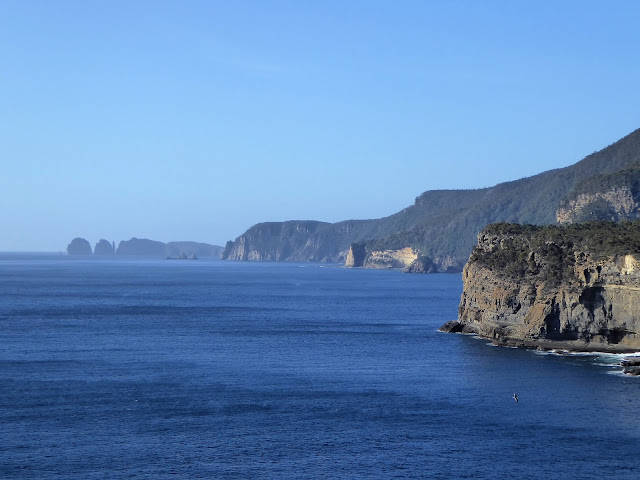 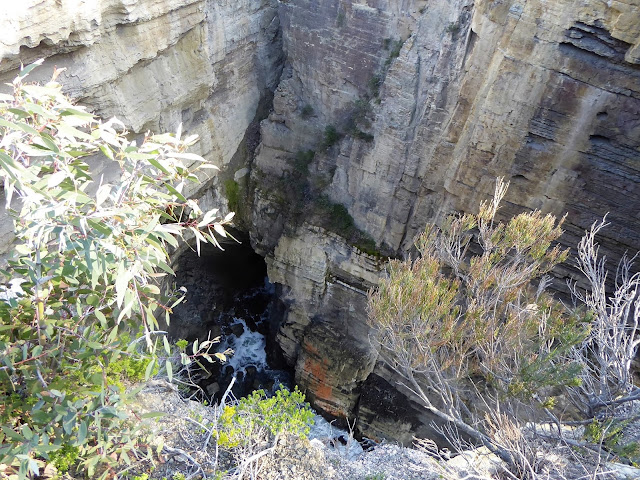 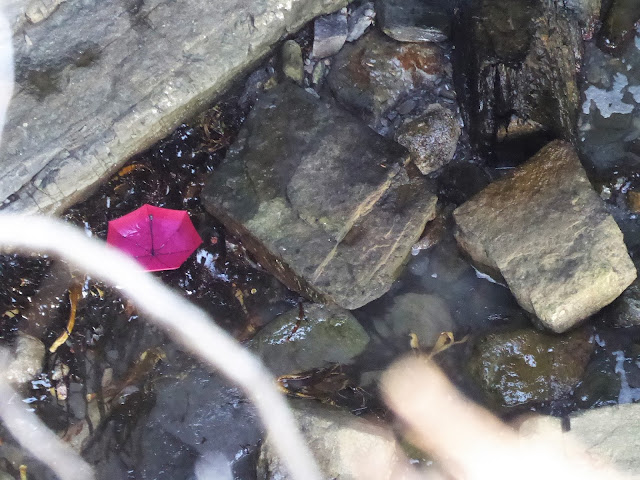 It's a long way down but Robin spotted this umbrella. 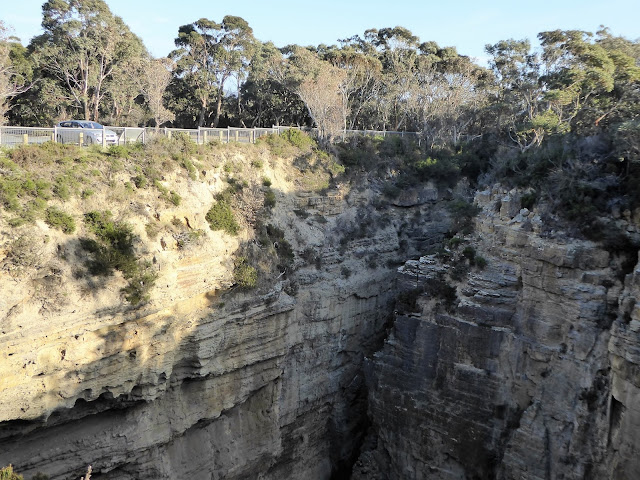 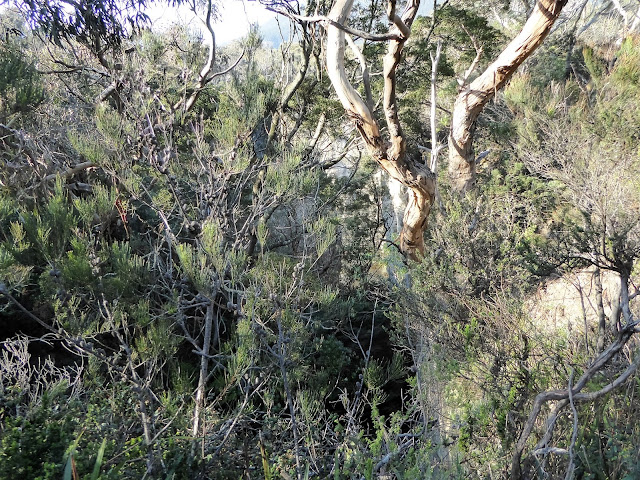 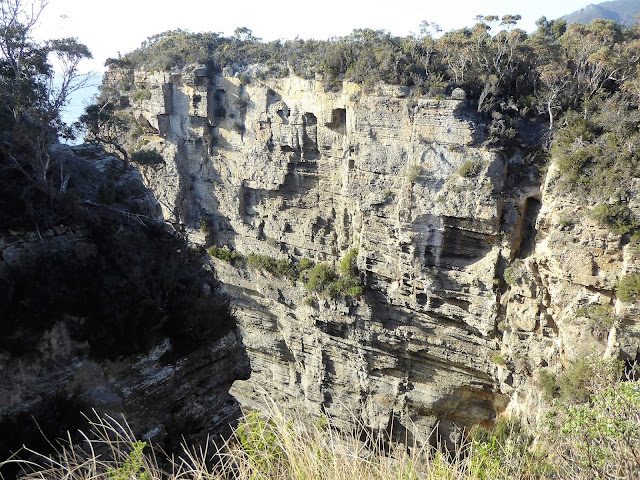 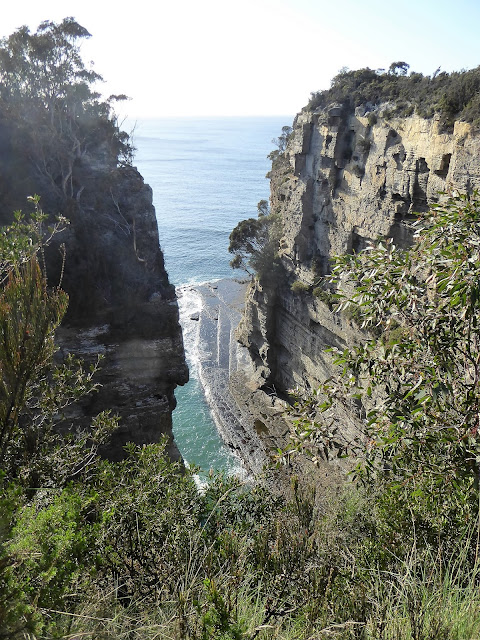 There is also a blowhole in the area but with a flat sea there would be no point going there to see it in action.

Curiously, there were a lot of houses for sale in the area. It seemed like every second property was on the market. We asked a waitress at breakfast about it but she did not know the reason. It certainly is a beautiful area and many of the houses had excellent water views. However the closest large supermarket is quite a few miles away.

My sister, Anne sent me an email suggesting that recent bad bush-fires in the area might be the cause of people wanting to sell their houses. Read about it here.

We also drove down to Port Arthur in hopes that we could get a glimpse of the prison but you can't see it from the vistors center because of trees. Since we were due to drive north to Launceston that day there was no point paying the admission fee but if you want to read more about the prison, click here.

Port Arthur was also the site of a massacre in 1996 that resulted in the deaths of 35 people. Strict gun laws were subsequently introduced but note that only certain classes of guns are restricted. 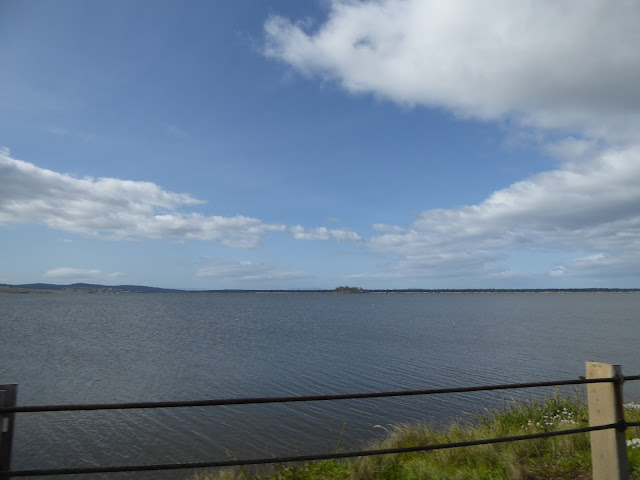 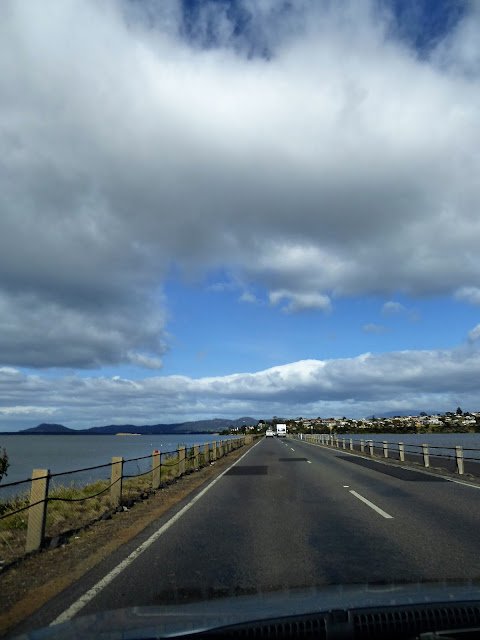 We decided to take a quick look at Hobart and this is the causeway just to the north of the Airport.

Sometime Marianne and I will come back and do the full tour of Port Arthur. Another 'next time' event.