We are doing an overnight trip to Wales and on the way we get to pass through Hereford.

We had driven some of the road already as far as Ledbury and the rest of the way was similar except that I thought the quality of the bitumen in Herefordshire was not of the standard in Worcestershire or Gloucestershire. There seemed to be a lot of traffic near Hereford. 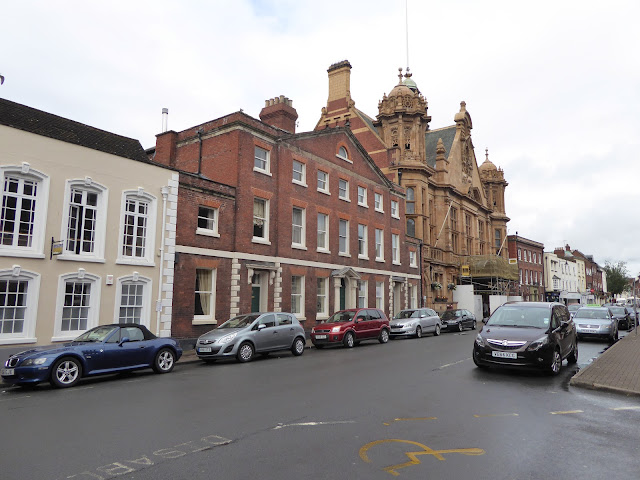 We parked in a Pay and Display lot and walked over to the main street. 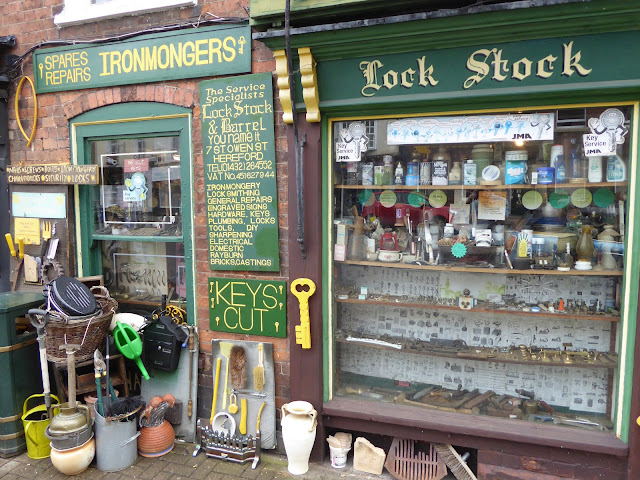 We met an older couple outside this shop who told us you could find just about anything in there. 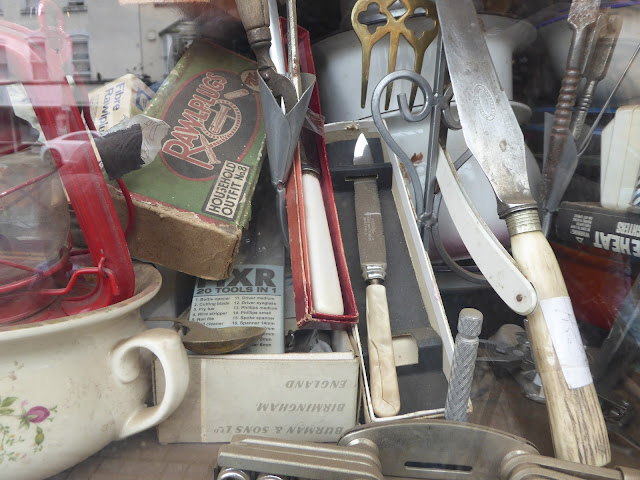 Much of the stuff in the window looked like they had been there for decades. 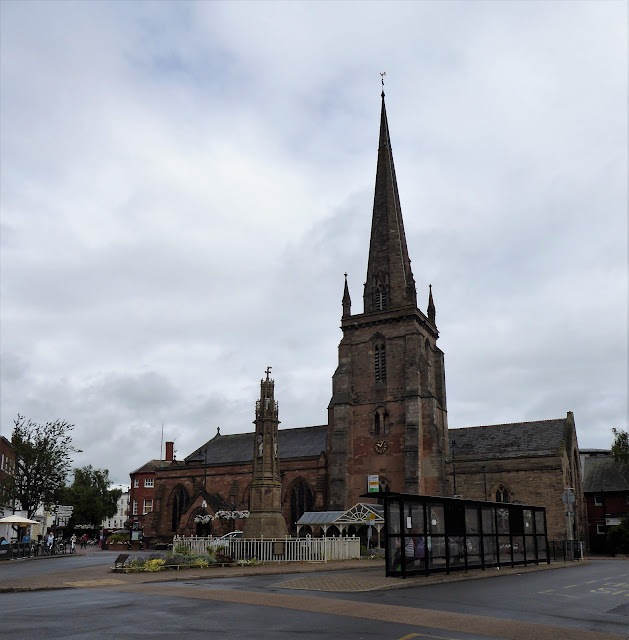 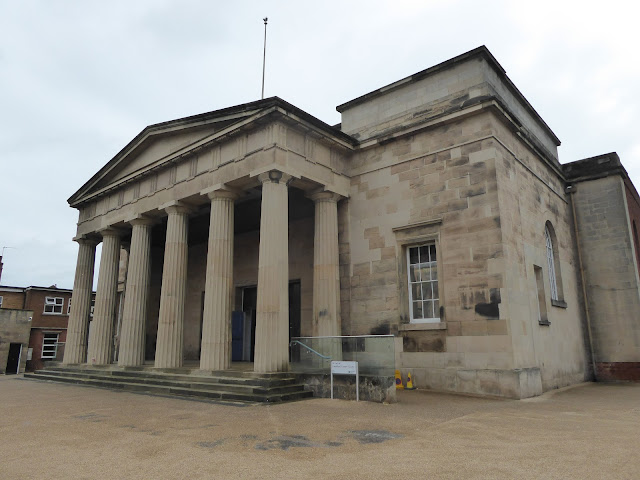 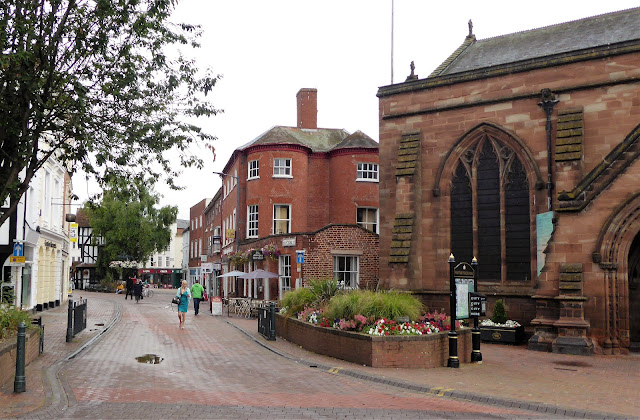 It was a pleasant city (66,000) with numerous interesting buildings. 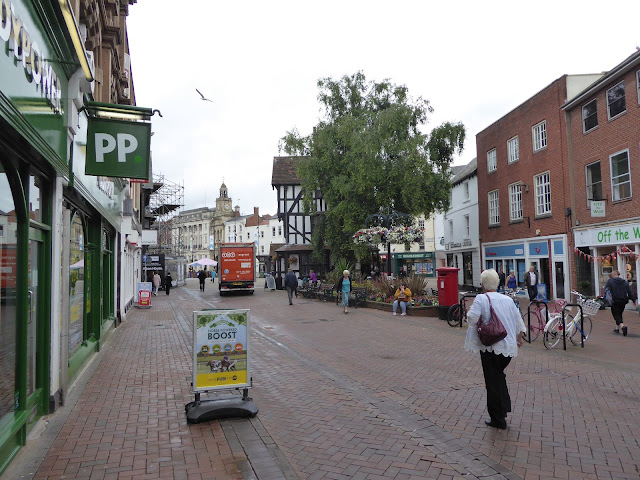 It had been raining before we arrived and we commented how few rainy days we had experienced during our prior five weeks in England. We go home to the US on Saturday. 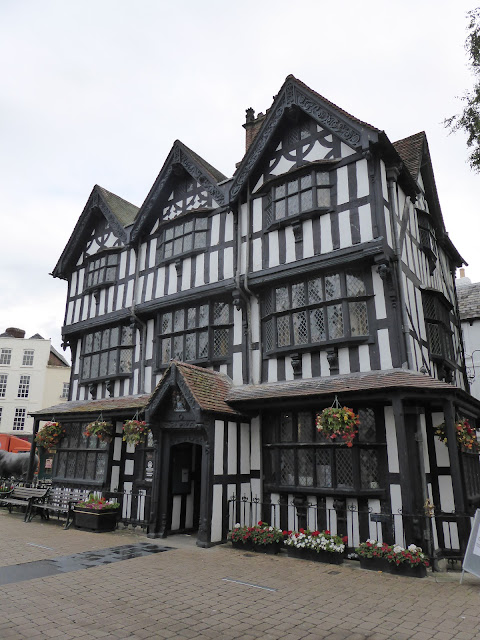 This half timbered house sits out in a square by itself. 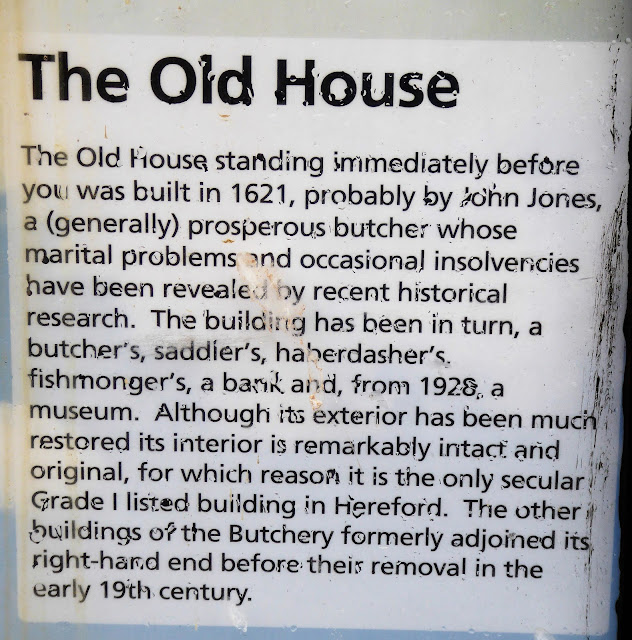 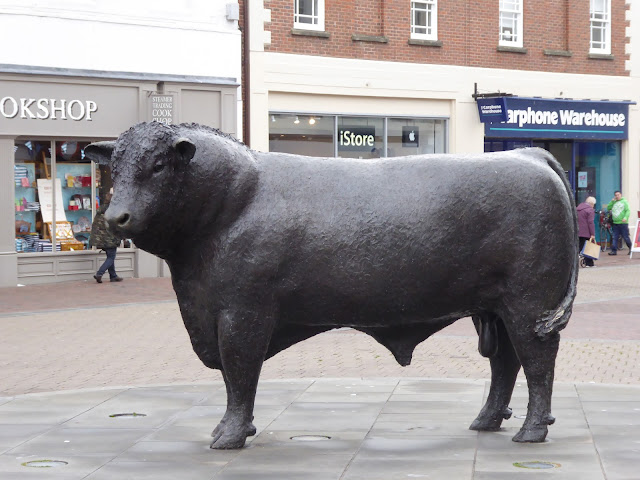 Hereford where the bulls and cows come from. 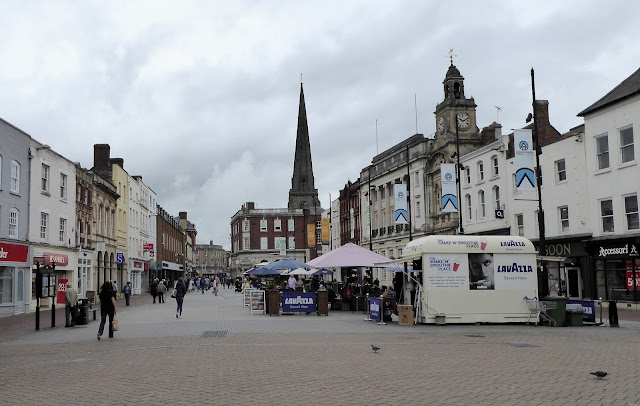 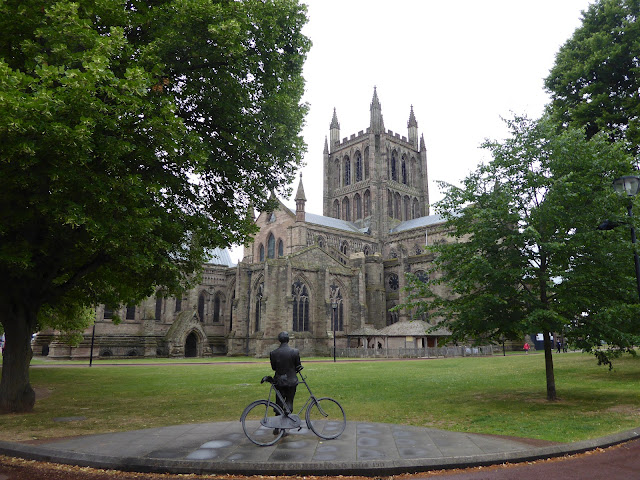 As usual we toddled over to the Cathedral which promised to be very interesting. The statue with the bicycle is Elgar who seems to have been everywhere in the three counties of Worcestershire, Gloucestershire and Herefordshire. 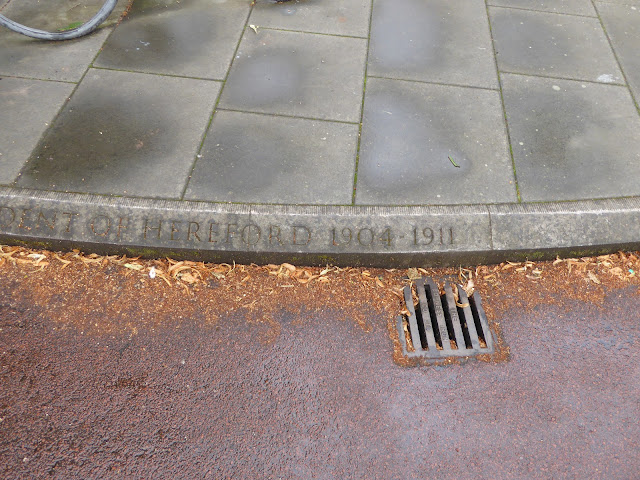 He moved here when he was 47 and at the peak of his fame. 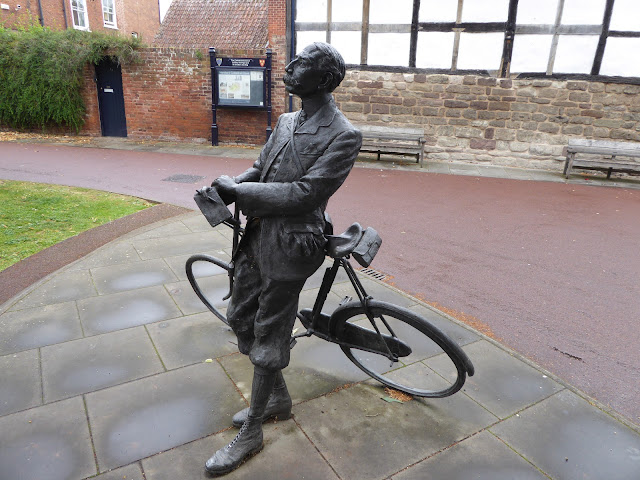 Apparently he was a keen cyclist. 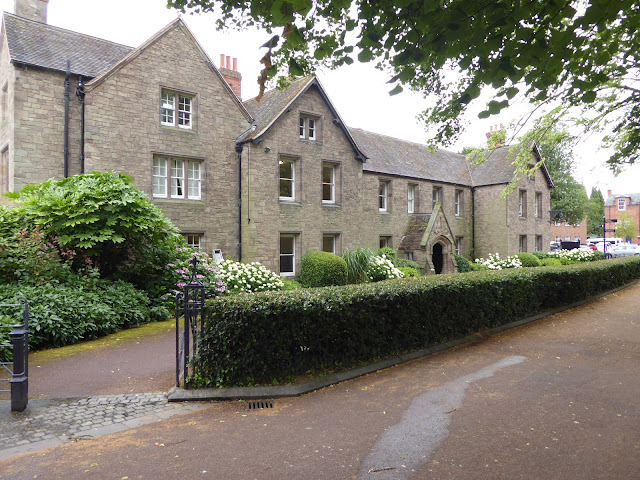 This lovely looking building is the Cathedral School. 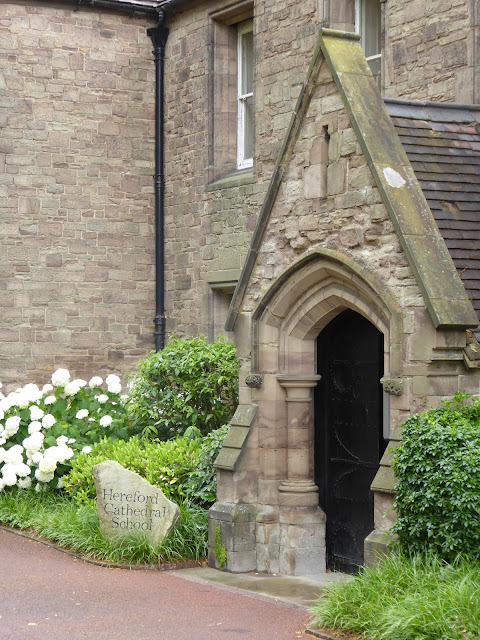 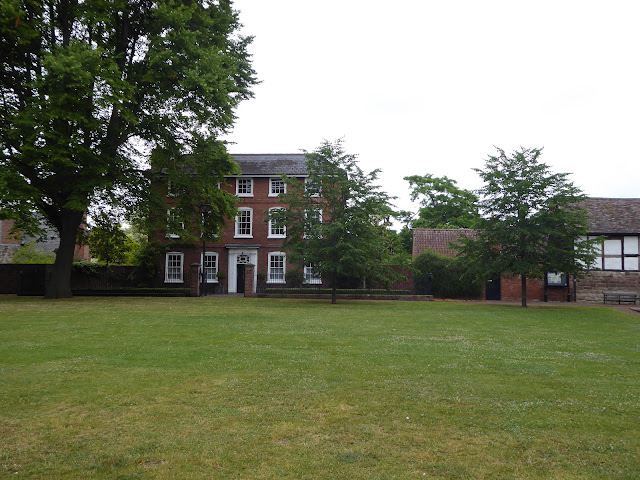 A residence for one of the Cathedral's Canons. No he does not go off with a bang. Read the link to see what a Cathedral Canon does. 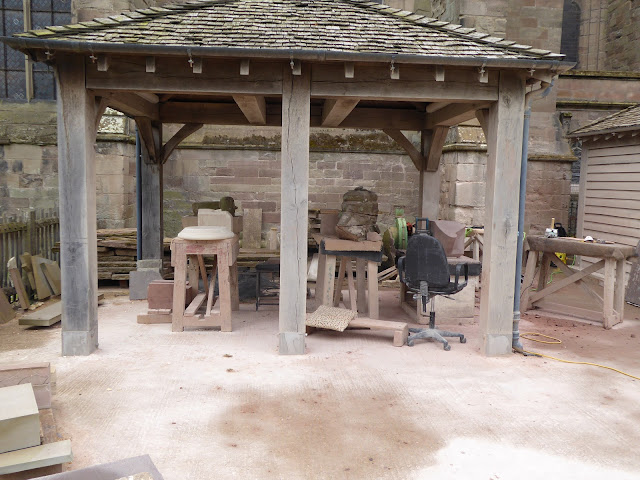 Somebody was cutting stone. All of these old cathedrals are in constant need of repair. 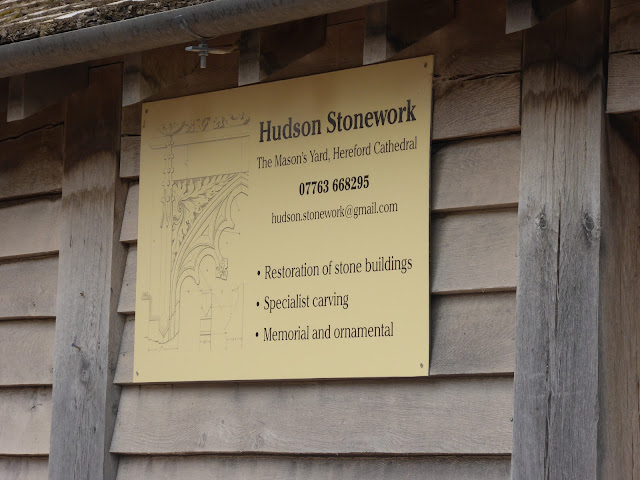 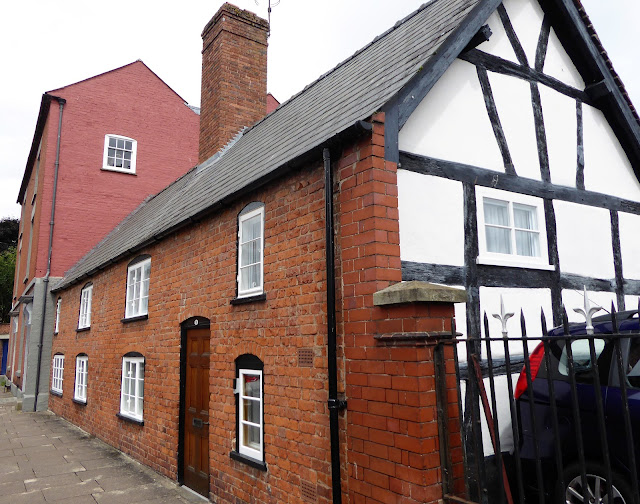 We left the Cathedral and a lady who was a city guide led us to our parking lot. She explained that some of the single storied houses on this street were among the oldest in Hereford. 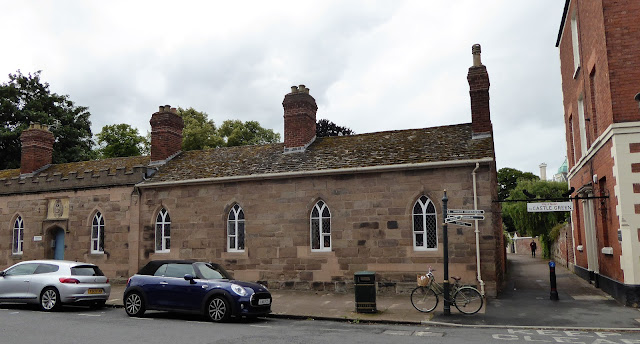 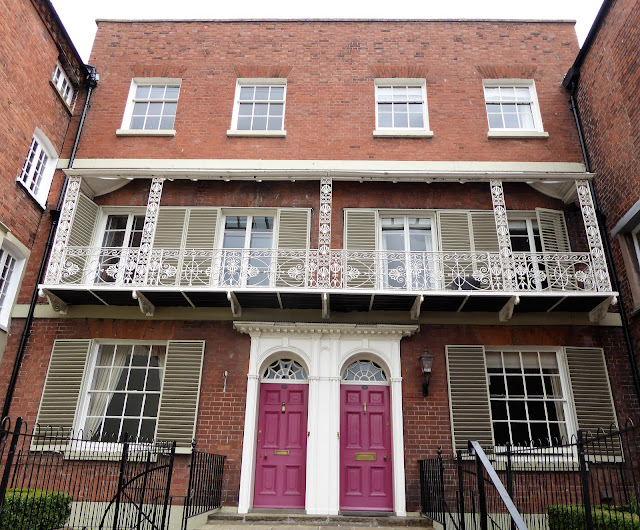 It may look like it has three floors but there are five. There is a basement and an extra floor hidden behind the bricks at the top of the building. Servants lived up there.


We liked Hereford and our guide was keen for us to come back and see more.