My sister and brother-in-law (Clare and Ric) let us know that they were going to the eastern end of Long Island, NY for business meetings. Since we had finished staging our house for sale, we decided to go there as well since we had never been further east on Long Island than JFK Airport.

It is a six-hour drive from our house to Montauk and it is not particularly pleasant. The traffic was quite heavy until shortly before we arrived at the eastern tip of the island. 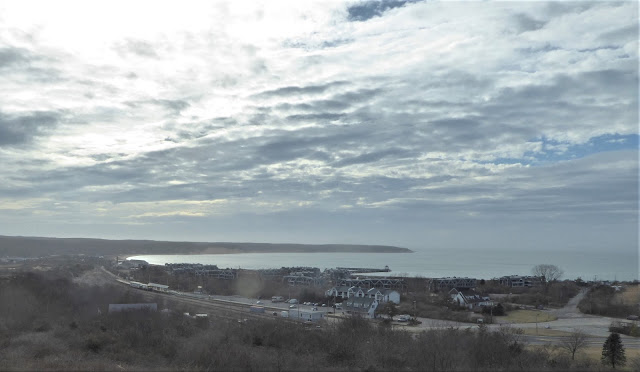 We checked in to our hotel and were greeted by this view. The wind was quite strong and the late afternoon sun washed out the colours. 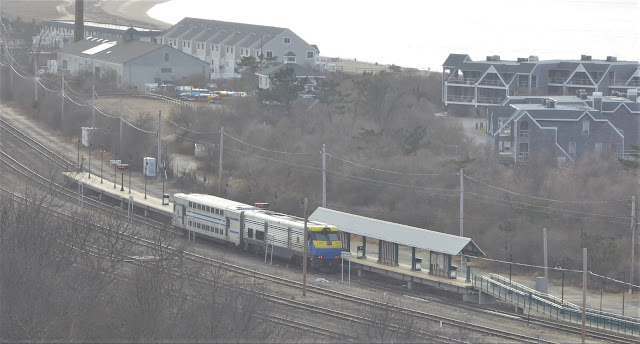 A commuter train runs from Montauk Station to New York several times a day. Back when cars were not so common, this would have been a popular way for New Yorkers to travel to the beaches in summer. 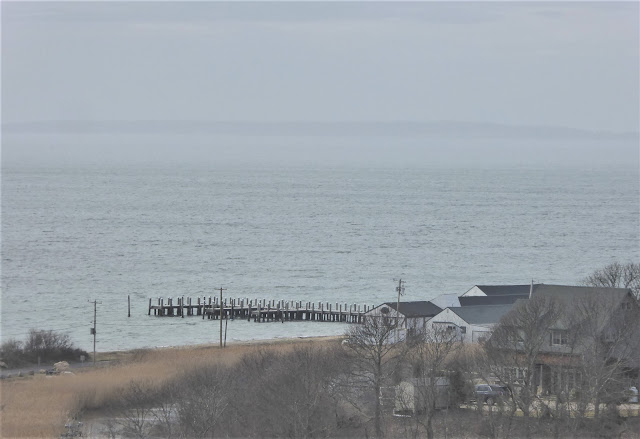 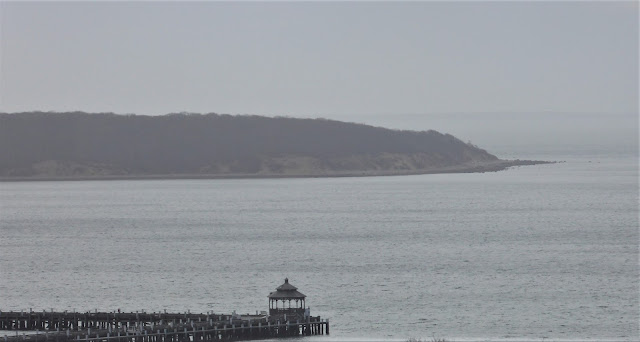 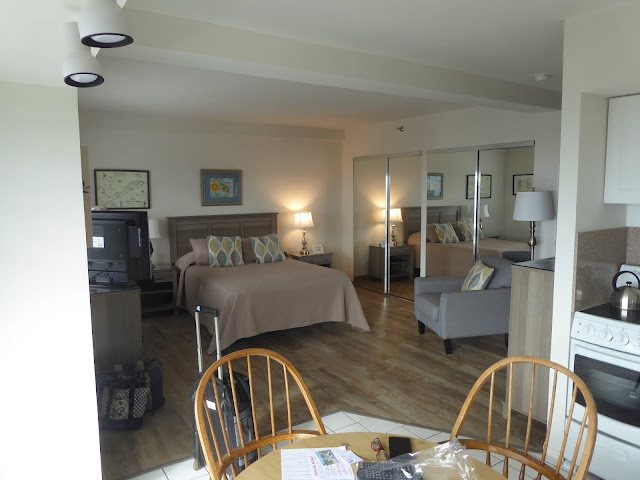 Fortunately, we were given a lovely large room that was brightly lit by the afternoon sun. 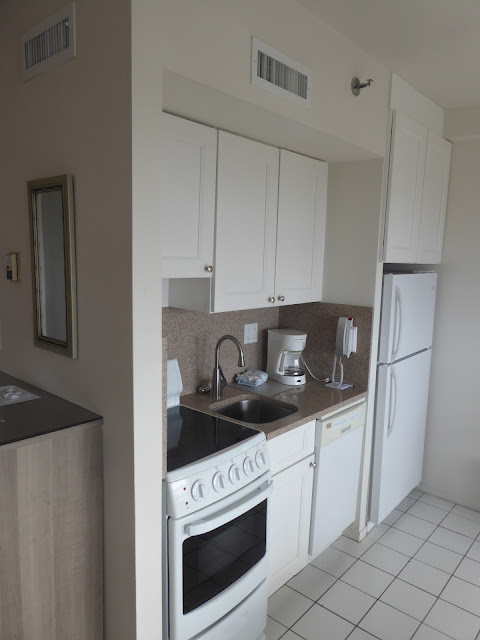 It had a kitchen. 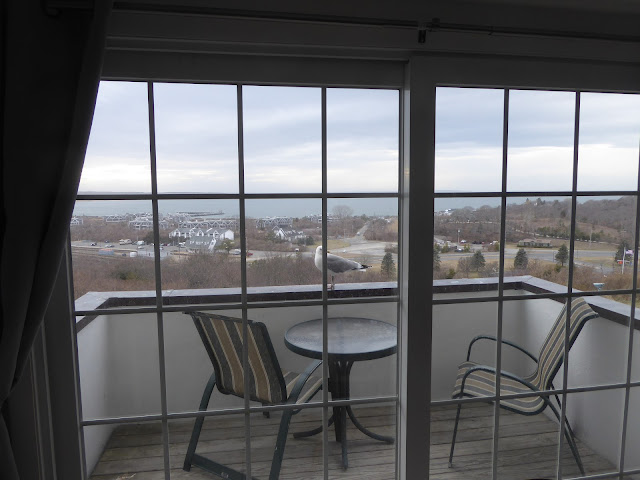 And a balcony but it was too cold to linger outside for too long. The seagull did not linger because we did not give it any food. 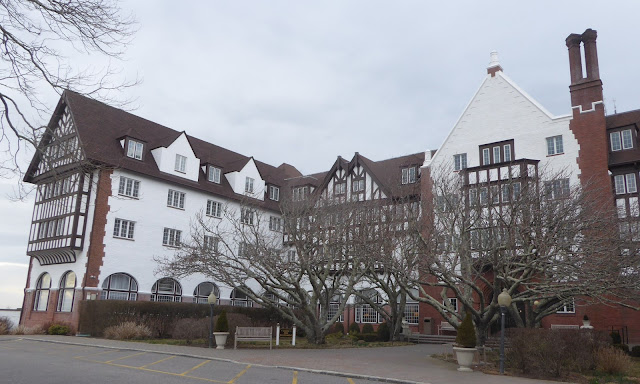 Our hotel was Montauk Manor which was a resort hotel built in 1926. We thoroughly enjoyed staying there. Some of the rooms were more dated than others and we were lucky to get one of the updated rooms. 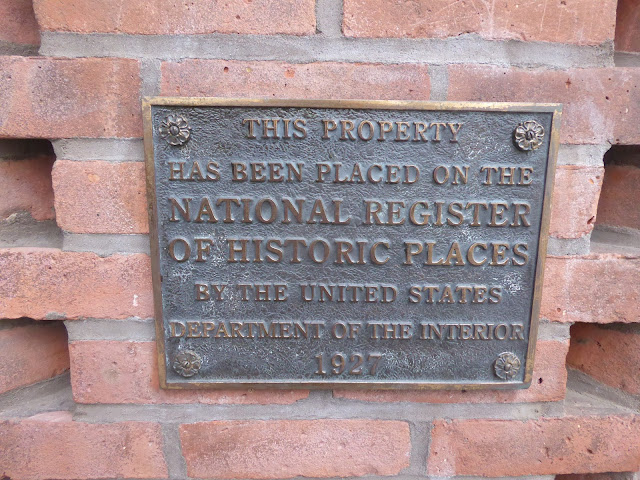 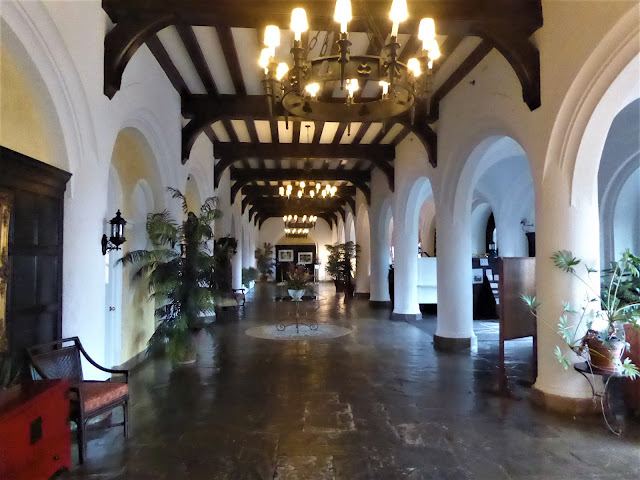 Quite a grand lounge. 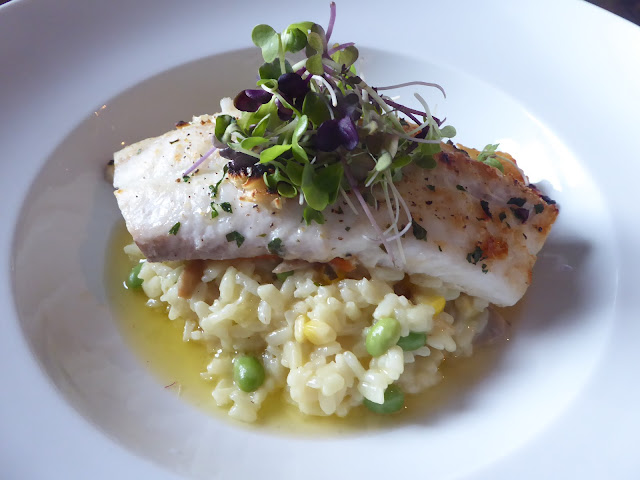 We went to a local restaurant called Taul at Trails End and Marianne and I had this special of Fluke on risotto. It was delicious and the fish is also known as summer flounder. 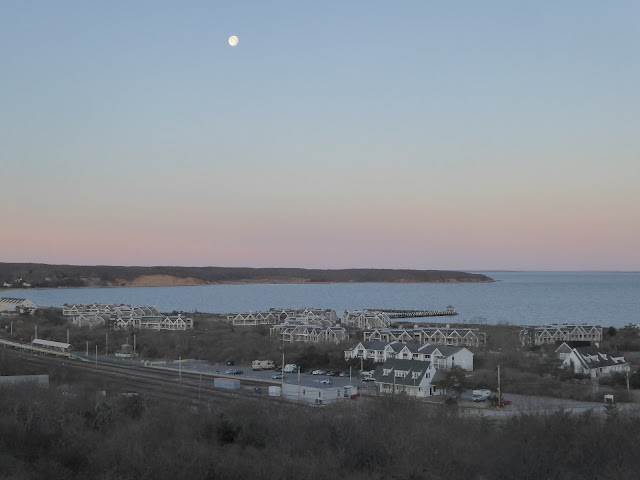 After the long drive, I slept like a log and this was the view the next morning. Yes, that is the moon towards the top of the photo. 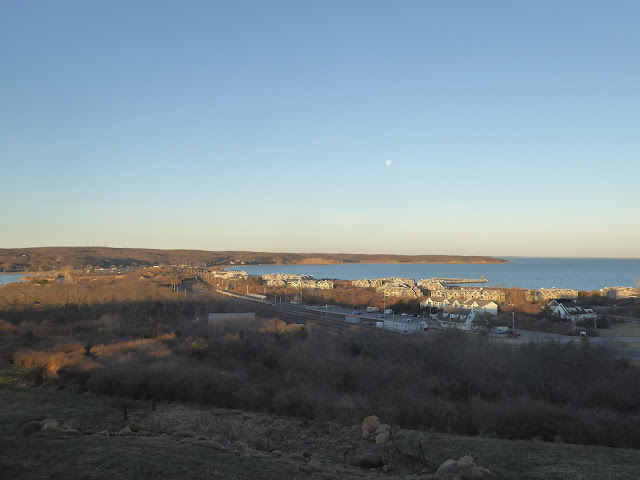 The haze of the day before had gone and it was a beautiful morning with no wind. 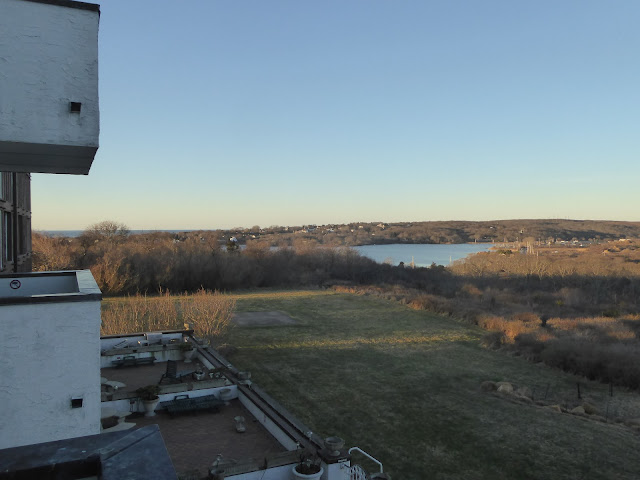 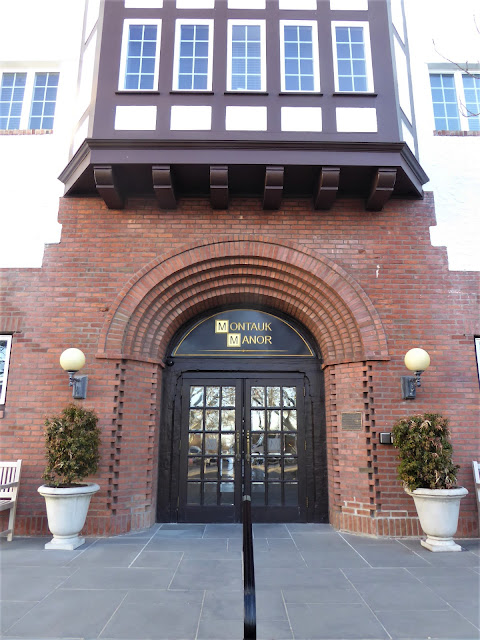 Entrance to the hotel. 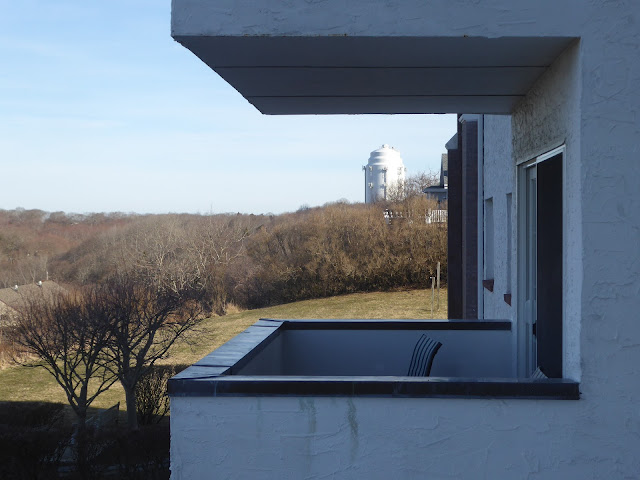 The next balcony along.

The hotel does not provide breakfast so we went to a pancake place downtown and then drove west towards East Hampton. Montauk is a low key place with approximately 3000 people in winter and 100,000 in summer. 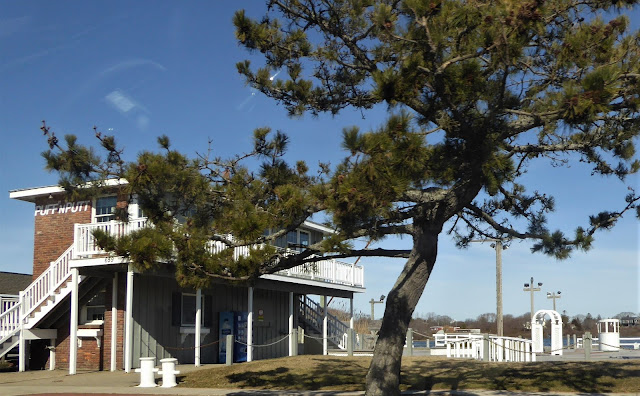 Many of the buildings are oldish. 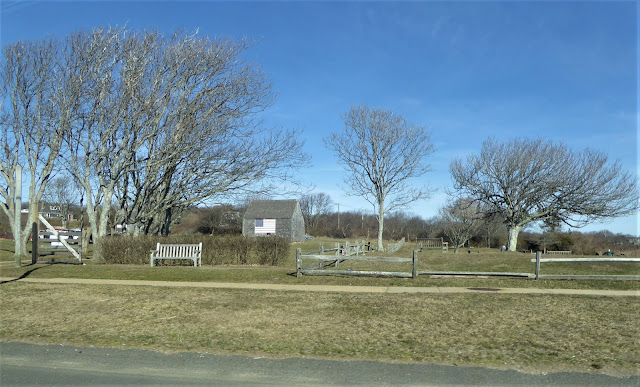 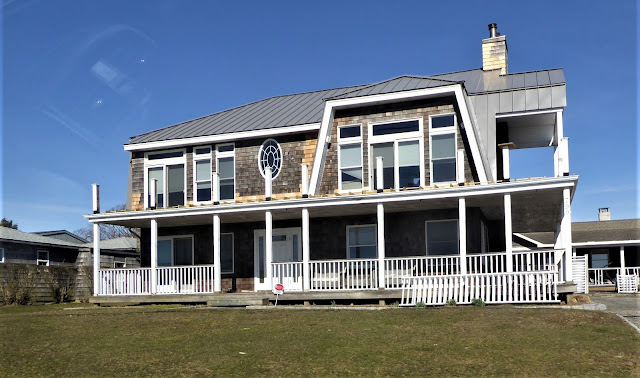 Curious motel on the outskirts of town. 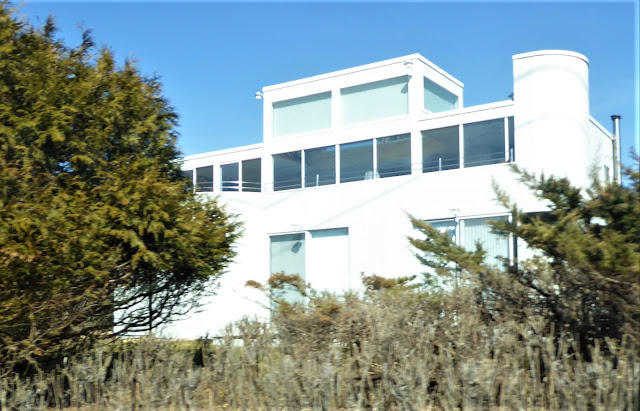 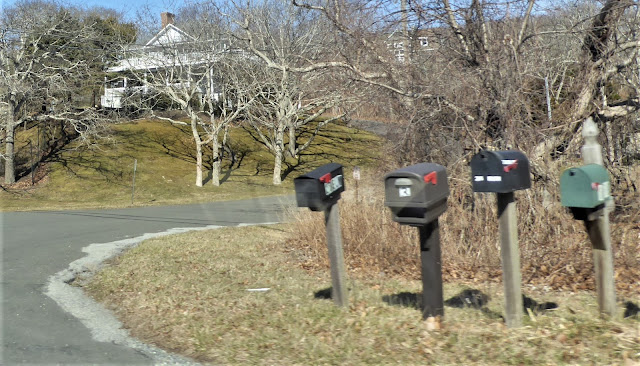 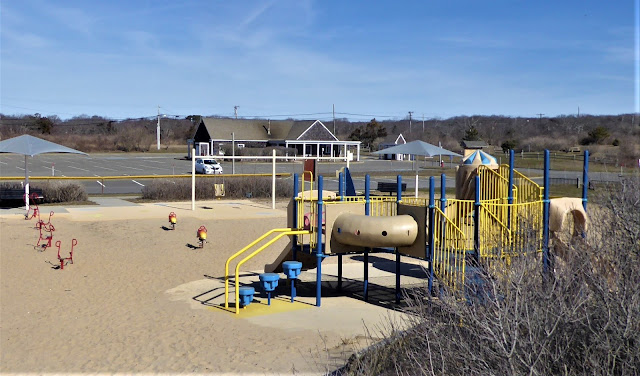 Children's playground near the ocean. 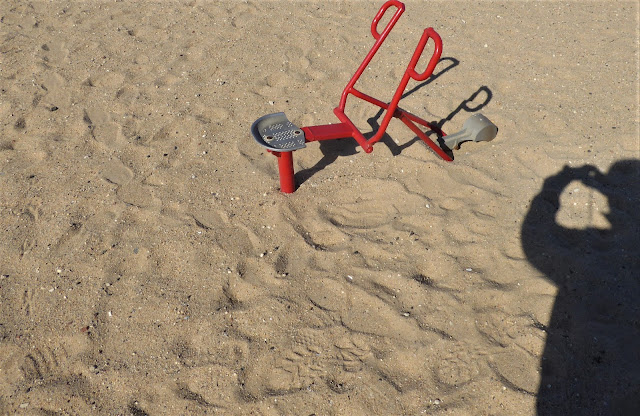 We stopped at a beach area a few miles west of Montauk and walked through the playground. We were intrigued by these sit on toys for children which are essentially diggers. 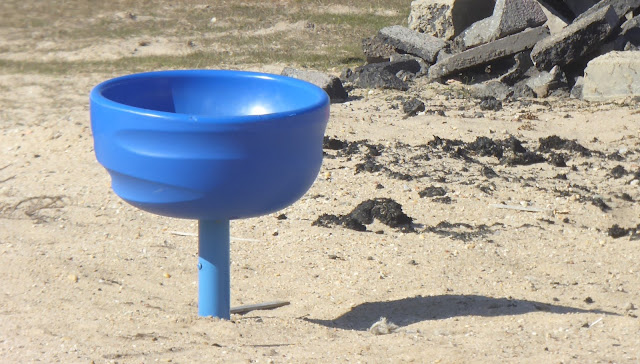 The toilet for boys. As usual, females were denied matching facilities. 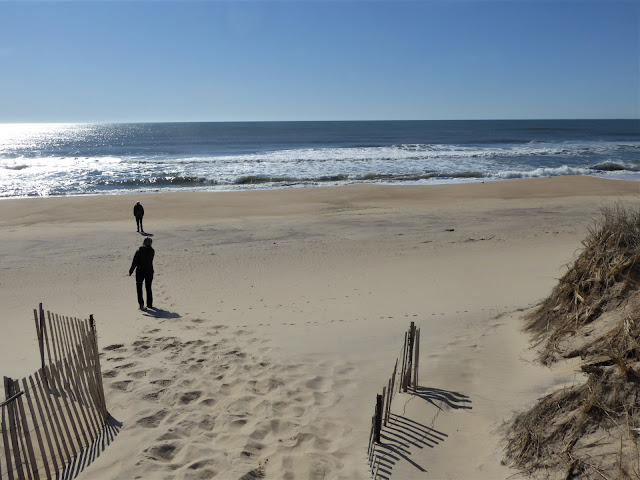 We walked over a dune and came to the beach. 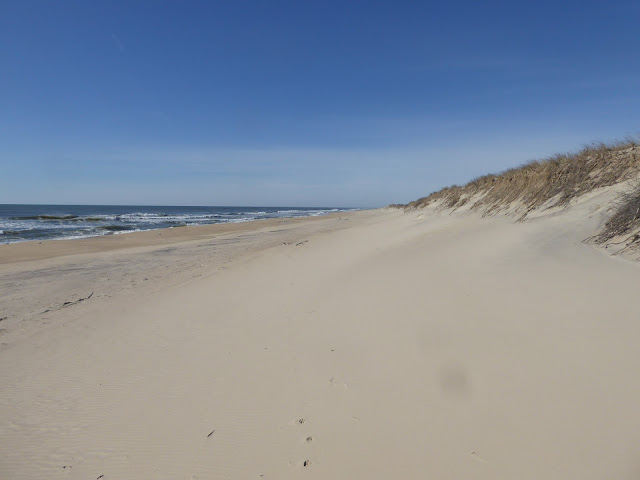 It was lovely, one of the best beaches I have seen on the east coast of the USA. 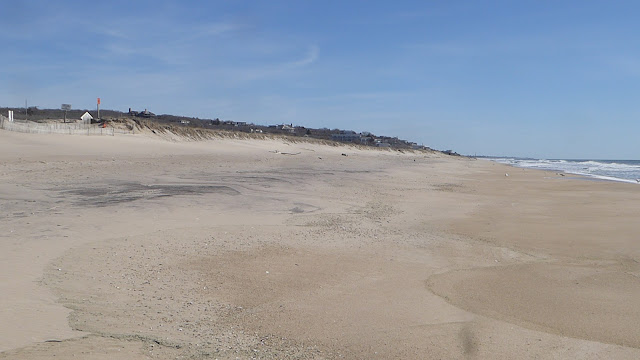 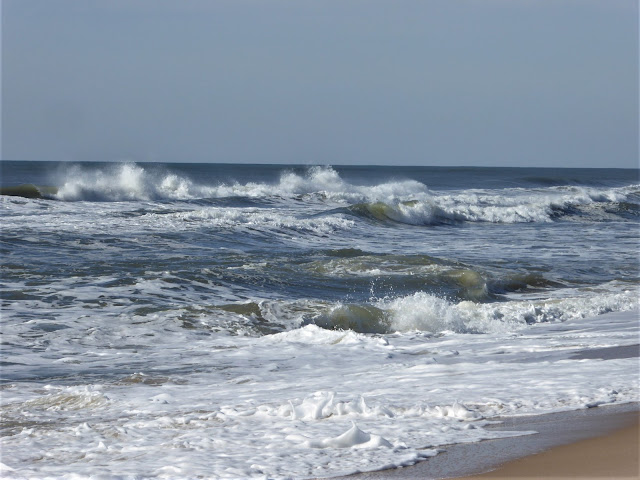 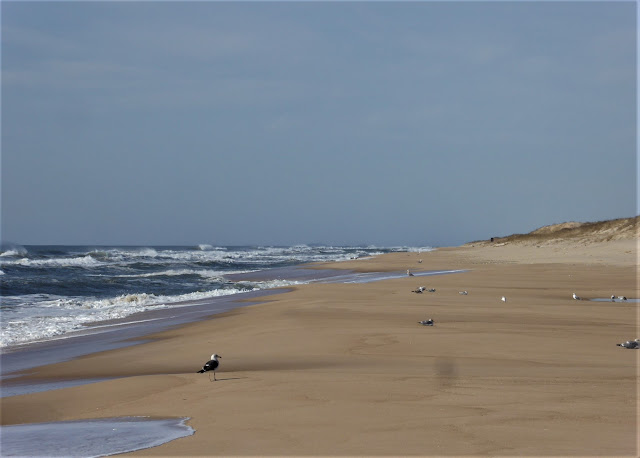 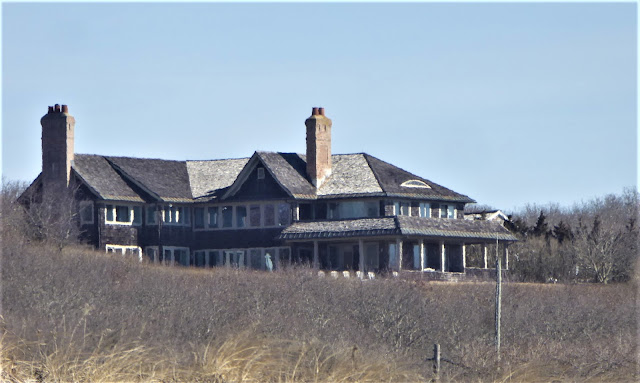 There are quite a few large and expensive houses overlooking the ocean. This was nothing compared to those in East Hampton which was a few miles east.