We have been totally amazed this past week. January is the month when thousands and thousands of fruit bats fly past us on their way from a local creek to Fraser Island. 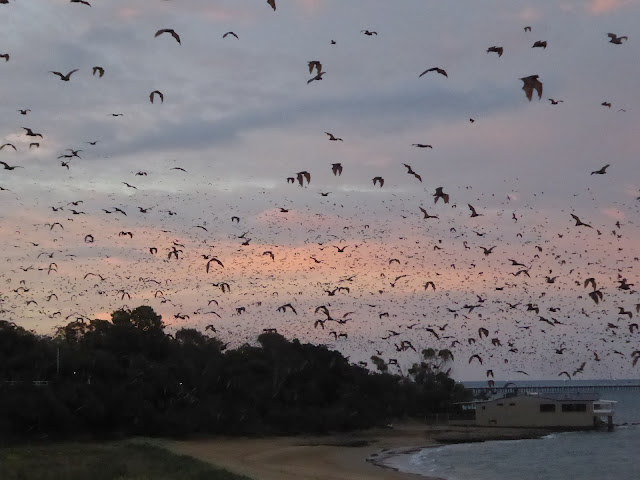 The show starts just before dusk and lasts for 15 to 20 minutes. 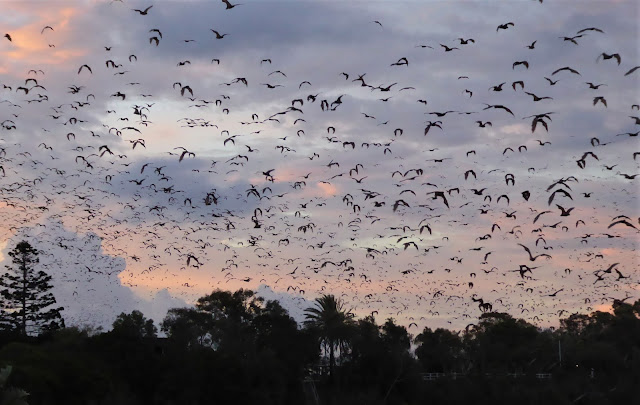 There are thousands and thousands of them. The biggest have a 180 cm (6 feet) wingspan. 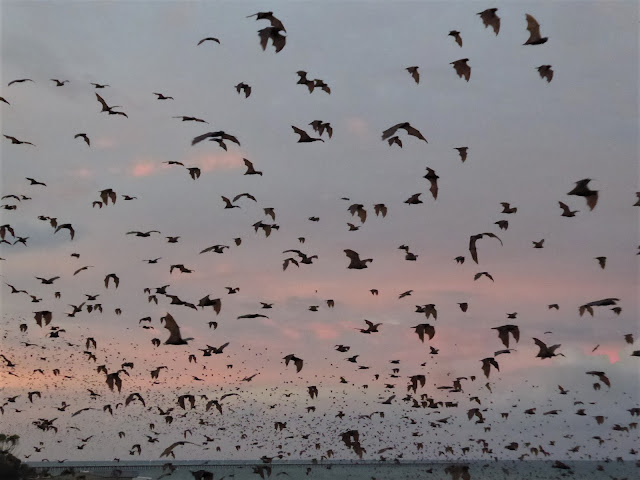 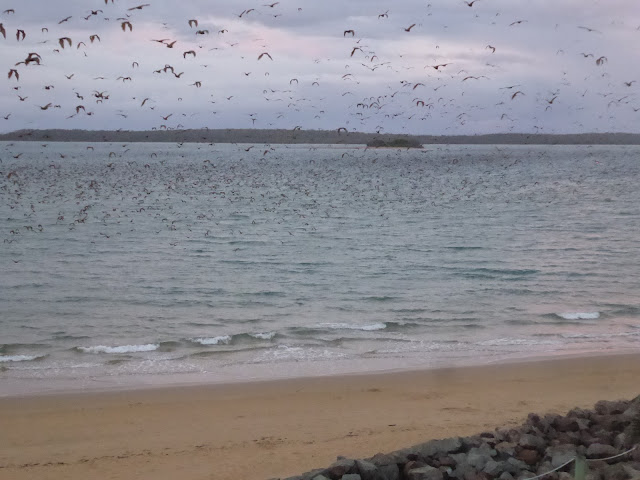 Some fly high, some low. 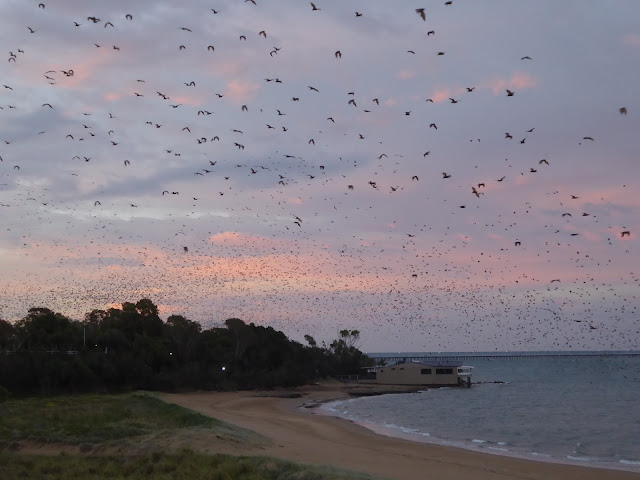 During the rest of the year, the show only lasts five minutes, but this area is a Mecca for bats at this time of year. For more info about the bats, click here.
The video is more impressive if you view it full screen. You should be able to hear the noise of thousands of beating wings which actually reminded me of listening to LAX airport from a hotel a couple of miles away from the airport.
The bat parade stopped in mid-February and have presumably flown off to other locations.
Posted by Ray Perry at 1:32 PM