It's almost six months since we went to Maleny and I was getting antsy about doing some travel so we are doing a four day trip south to the Northern Rivers district of NSW. Australia takes the virus issue very seriously and borders close at the drop of a hat so we dare not travel too far outside of Queensland. 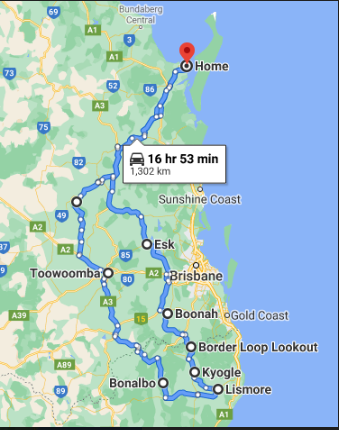 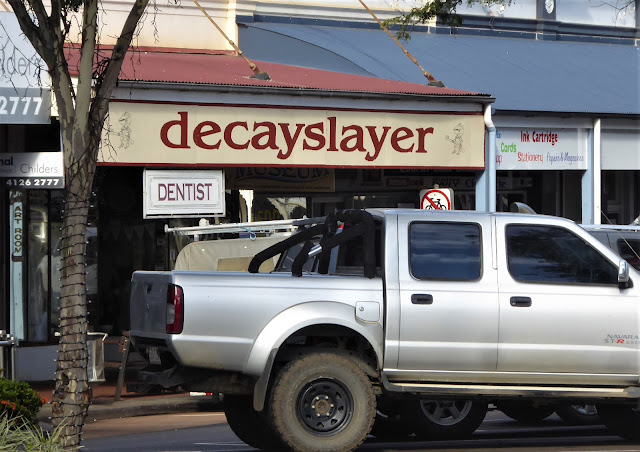 We are avoiding major highways and Brisbane so that we can have a peaceful trip. Our first day takes us from Urangan to Toowoomba.
Our route initially took us north via Childers before heading south through an area I had not been through since childhood. We were amused by this sign for a dentist.

Most of south-east Queensland has had rain over the past month so the grass is green and growing. Creeks have water in them. 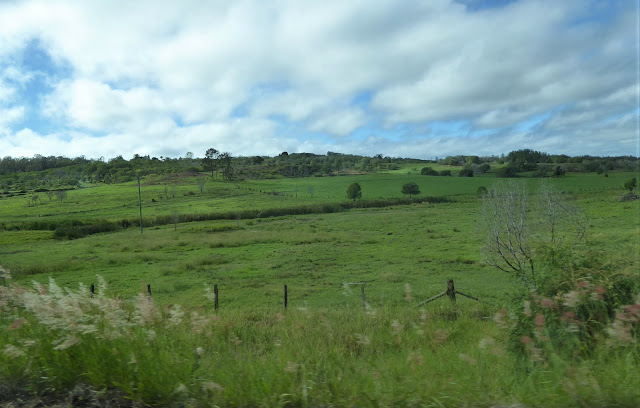 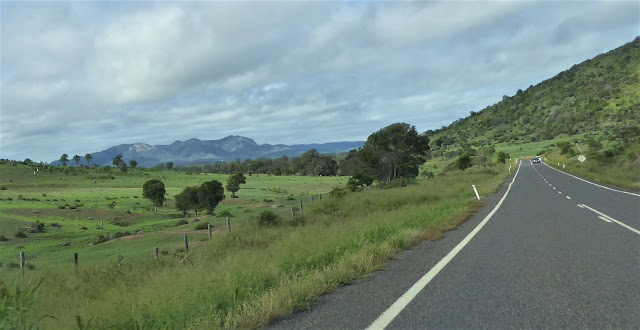 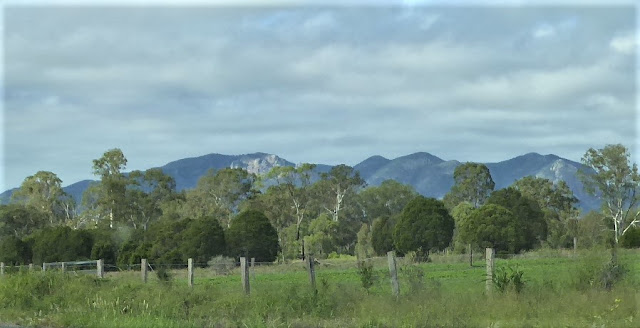 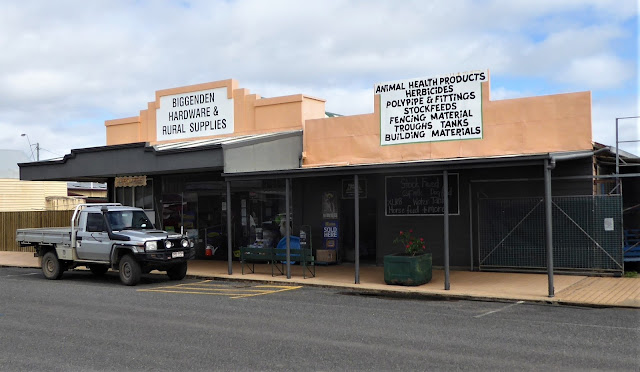 We arrived in Biggenden, parked the car and went for a walk. 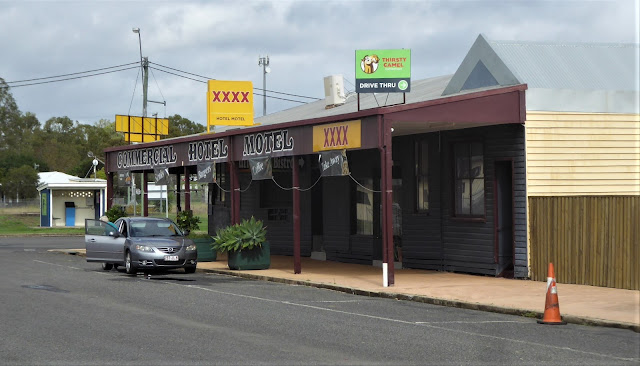 One of the two pubs. 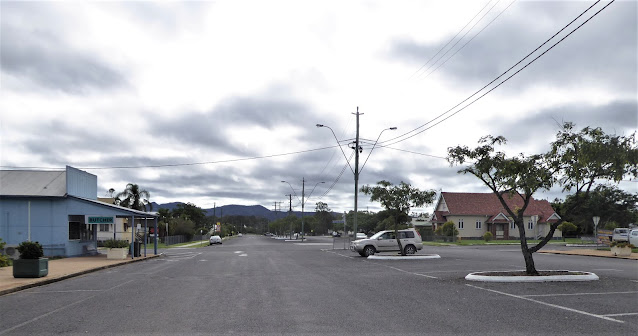 The wide main street. Yes, you could turn a team of bullocks and dray around. The town now has fewer than 1000 people.

The old railway station which is now the local Men's Shed. 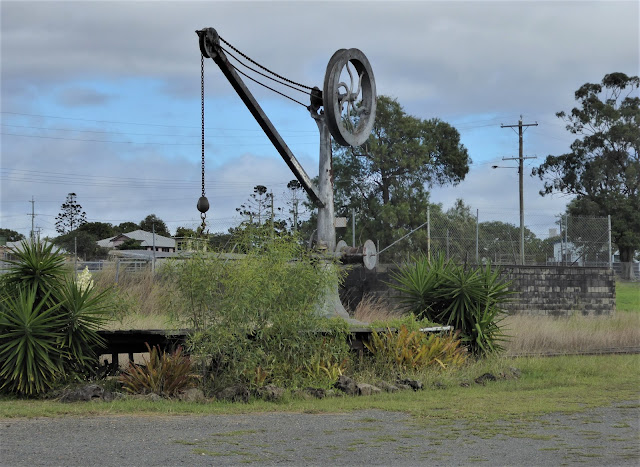 Crane in the railway yard. 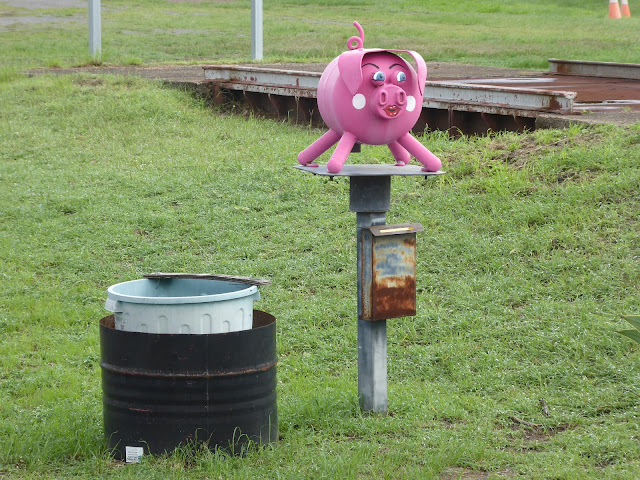 Australia has a wide selection of letter boxes. 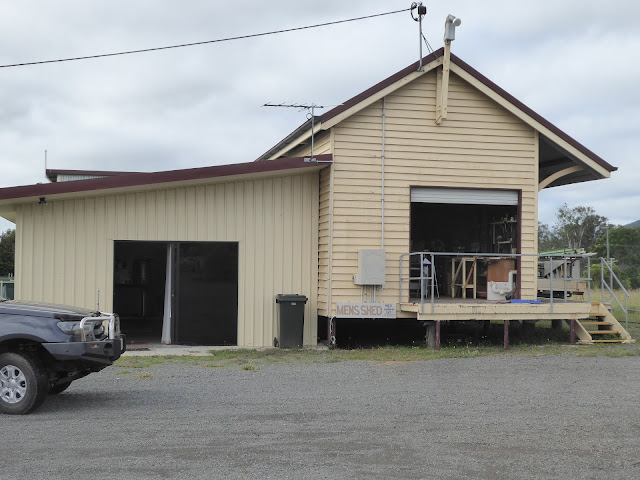 The men's Shed. It had all sorts of machinery and tools inside for men to work on projects. 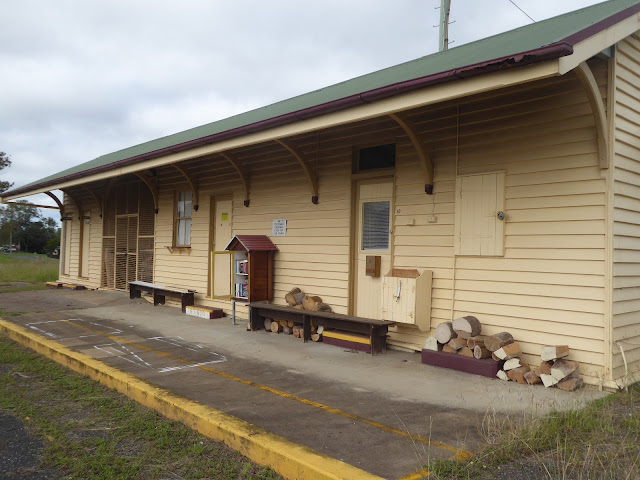 The old station. My father worked as the Maintenance Engineer in the railway so he would periodically come to Biggenden to inspect the track and bridges to make sure all was safe. He probably took us for a ride in the car out here but I can't remember any details. 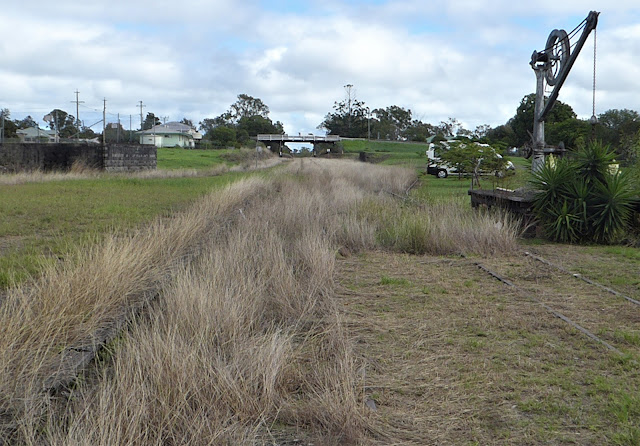 I don't know when the last train came here but it is probably thirty years ago or more. 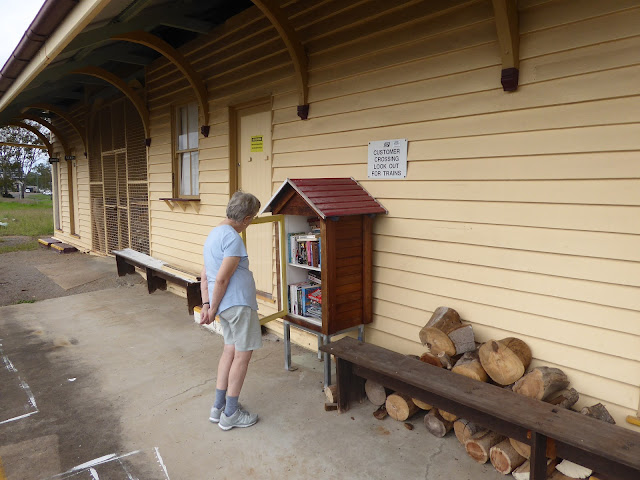 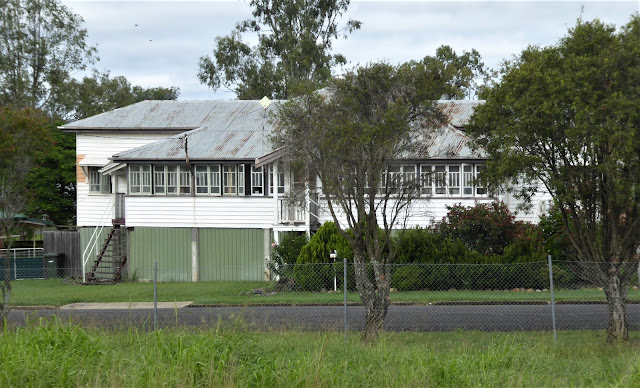 It looks like an enormous house but I suspect it was used by railway workers as a place to sleep when they were in the area. 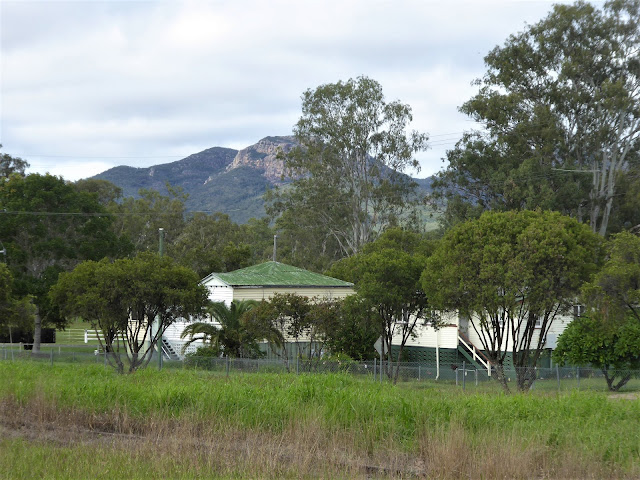 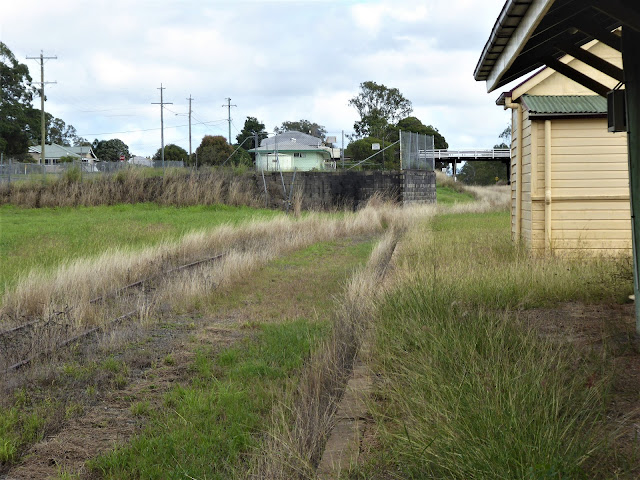 Biggenden is the centre of a major agricultural area so the station would have been a vital part of the local transport. Back in the 50's and 60's when I lived in Maryborough, all the roads between towns would have been dirt. Car trips on a hot day with the dust and corrugations were not too pleasant. 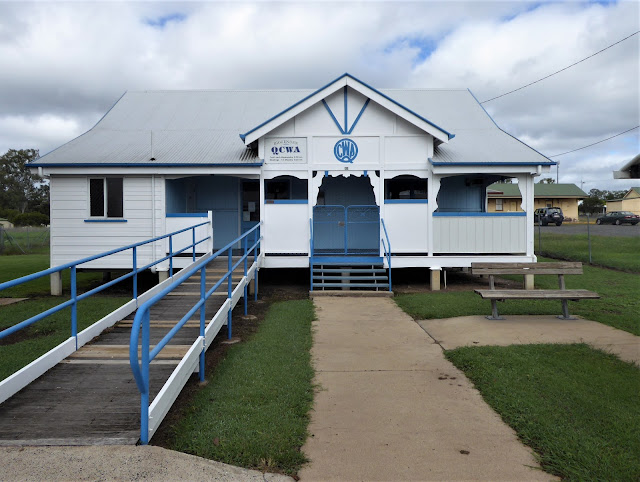 Spiffy looking building for the Country Women's Association. Most housewives would have belonged. 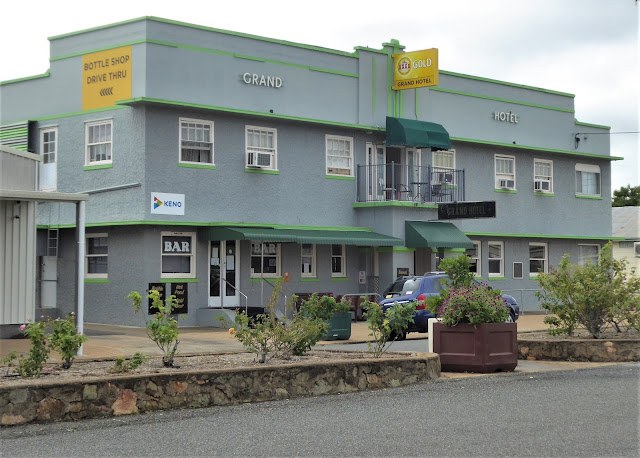 The Grand Hotel. I suspect my father stayed here when he stopped here overnight. 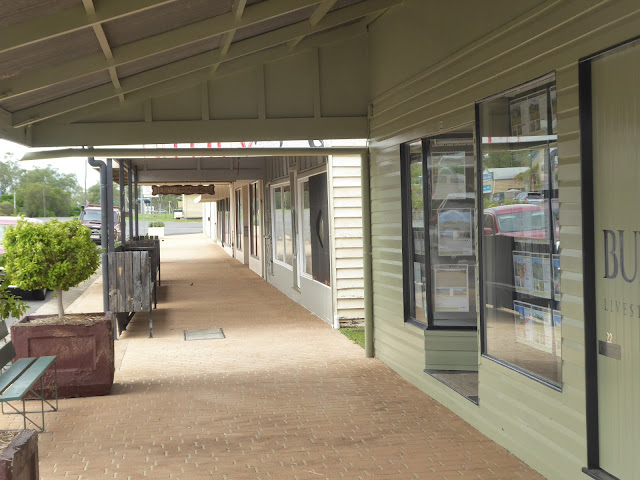 Many of the shops are empty. 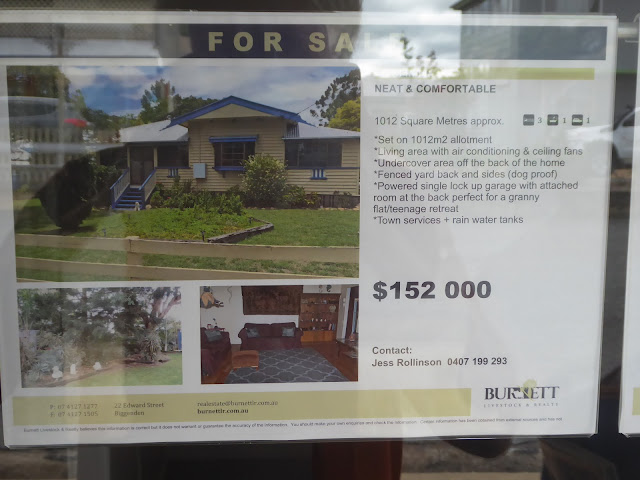 Houses are cheap. More about this house here. If it were for sale in Sydney you could put a one in front of the $152,000. 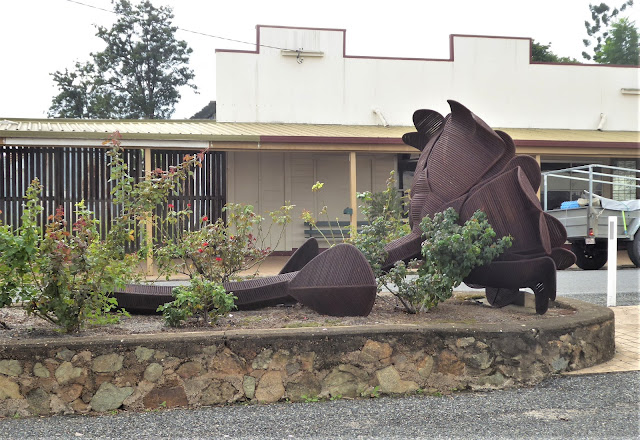 We wondered what this was. 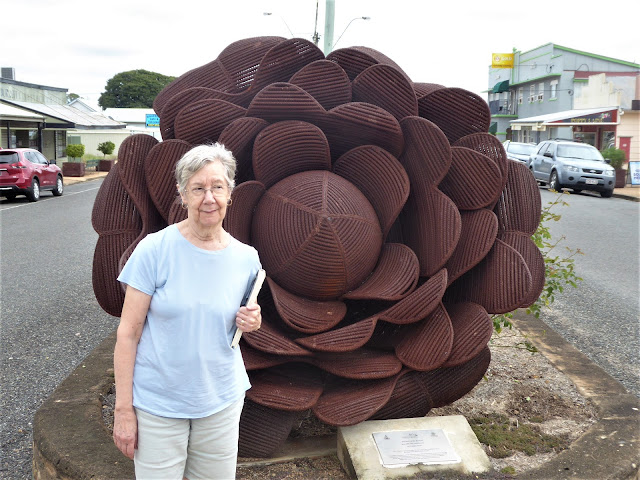 It turns out to be a steel sculpture of a rose. 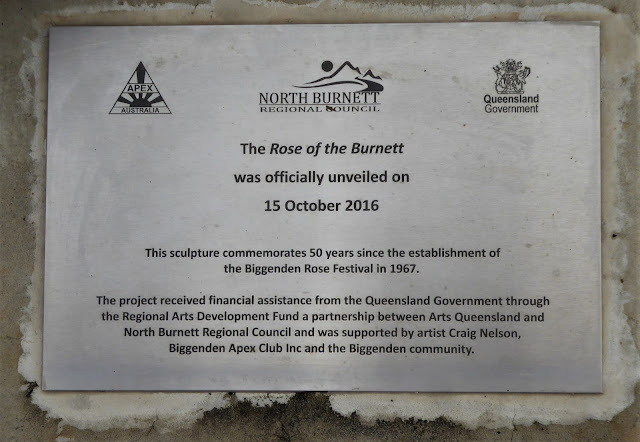 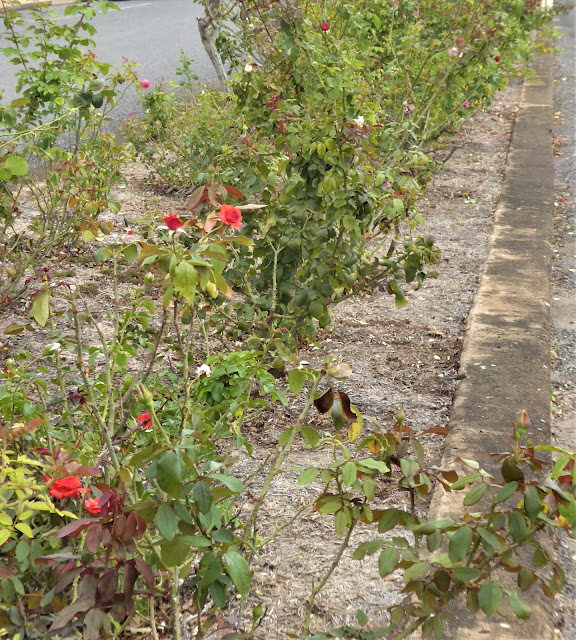 The roses are virtually all done for this season. 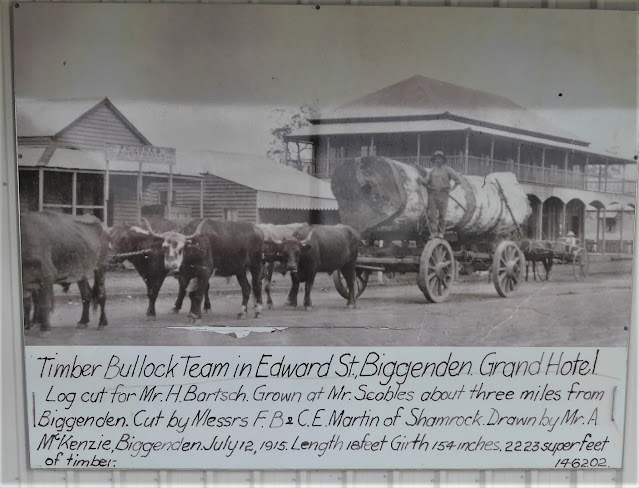 The prior Grand Hotel. Look at the size of that tree trunk. 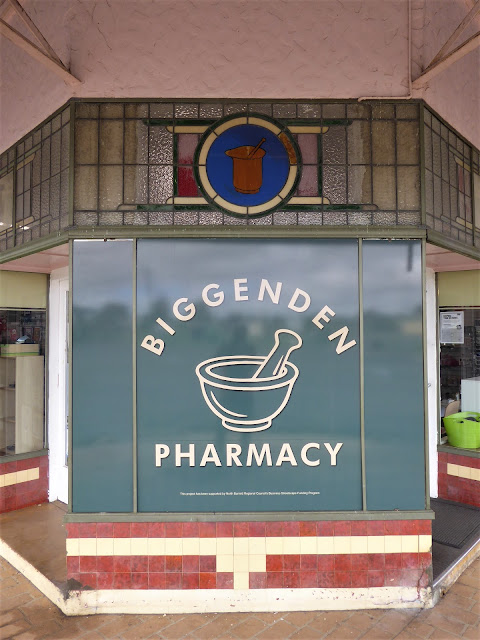 At one time, the town must have been very prosperous. 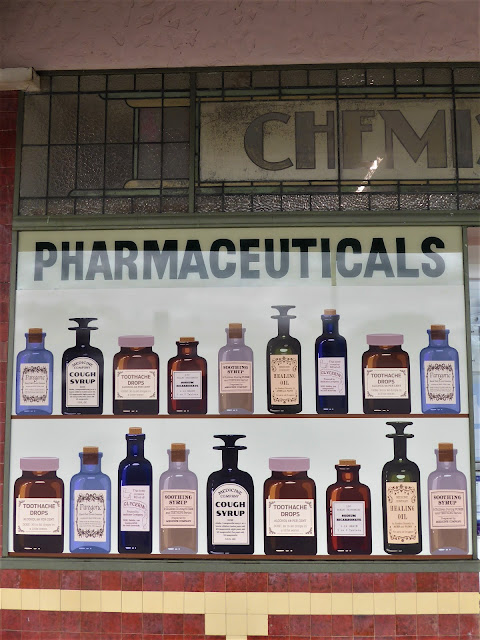 The car was probably responsible for the downturn in the town's prosperity. It's only a 35-minute drive to Childers and all of its shops.