There should always be a sense of excitement when you approach Loch Ness. Will there be a monster or not? 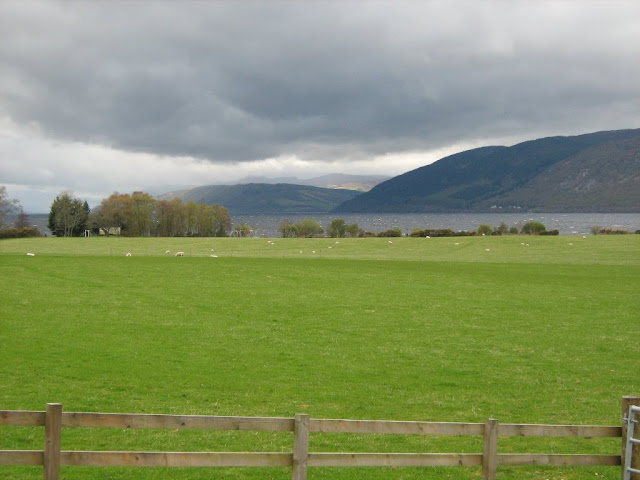 We decided to take a clockwise trip around the loch so we headed down the south east side. Here is the northern part of the lake. 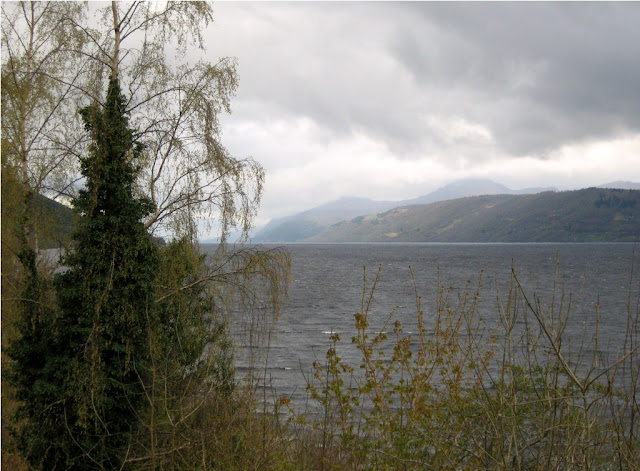 The road down the south eastern side of the lake is another of these very narrow roads with passing spots for cars to pass each other. Consequently, most people only see the loch from the north western side. In some ways, the southern side is more dark and mysterious. 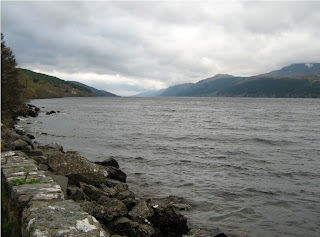 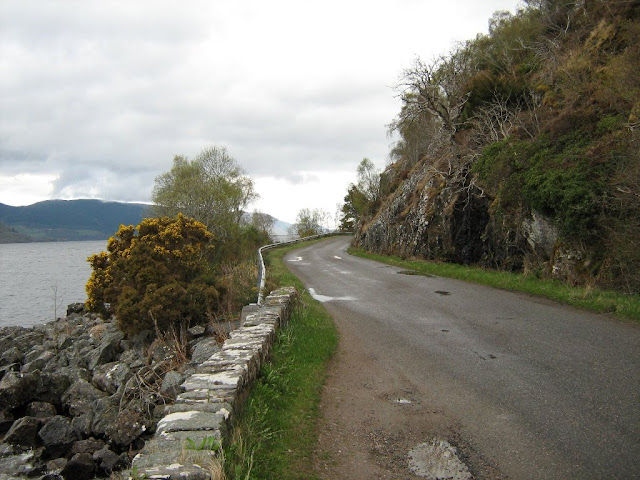 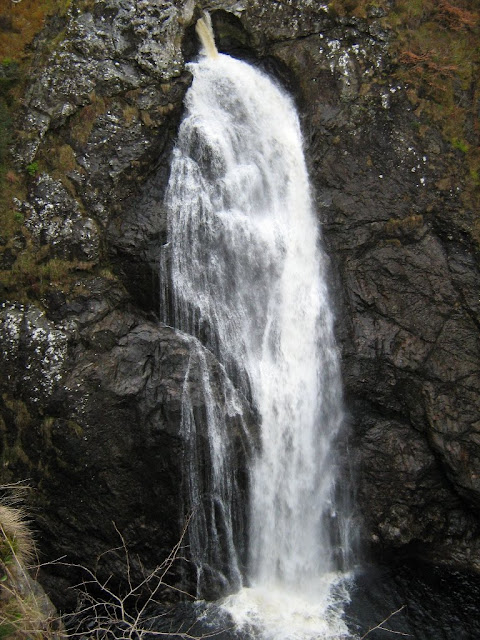 The Falls of Foyers and site of the UK's first hydo electric plant. 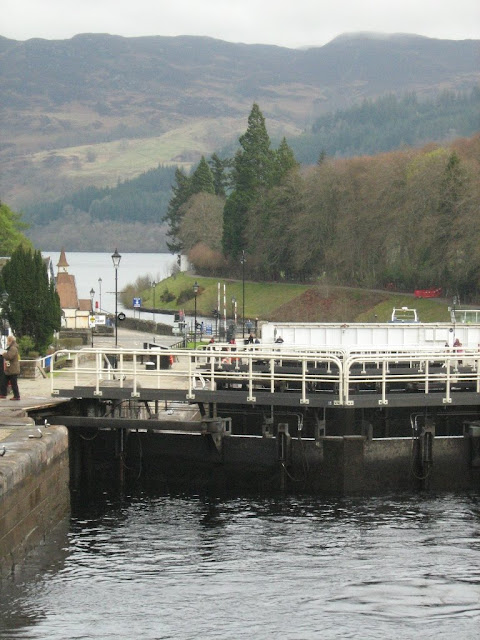 Down at the end of the lake is Forth Augustus and the Caledonian Canal. 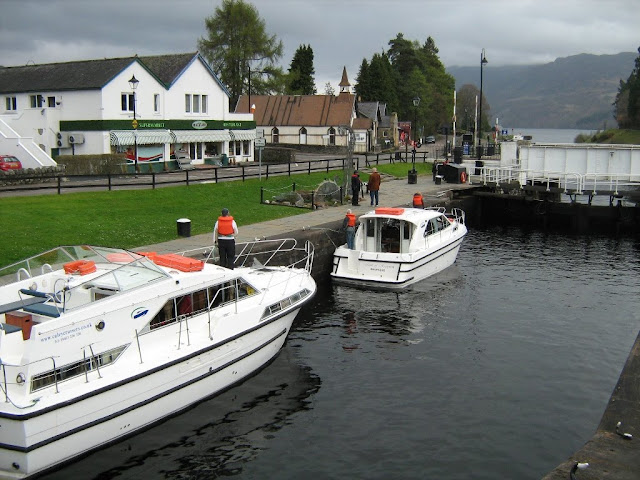 A couple of pleasure cruisers were coming down the locks and it was a chance to see them in operation. 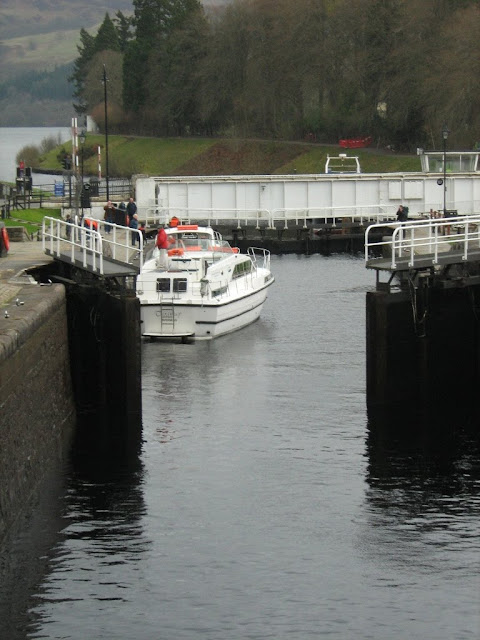 Lock gates starting to close. We had gone canaling in England years ago with our friends and really enjoyed it. The canal locks in England are quite narrow and you have to operate the locks yourself. Here, the locks are designed for bigger vessels and the locks are controlled by a lock keeper. 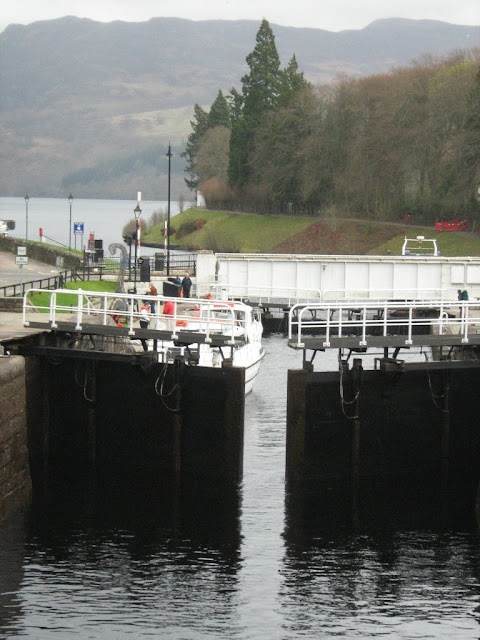 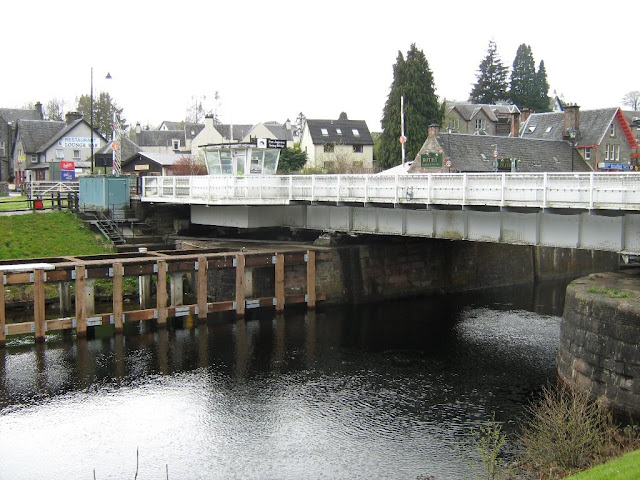 Finally, just below the locks is a swing bridge. 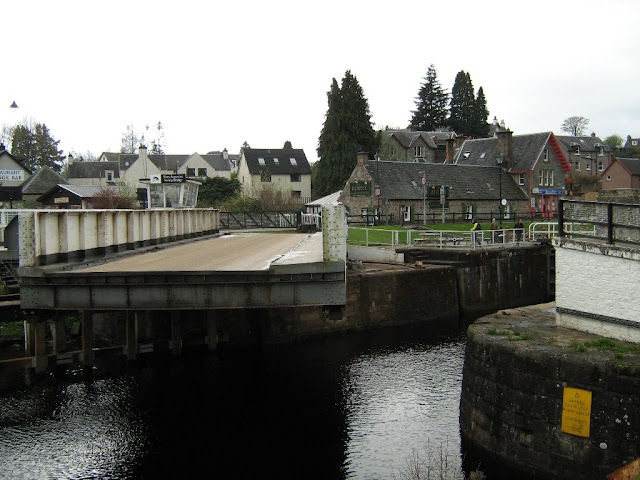 The larger of the two cruisers was too high to pass under the closed bridge so the bridge had to be opened. 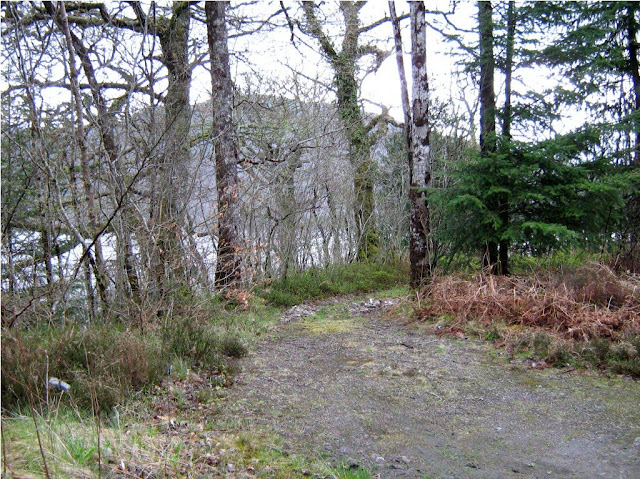 Back in 1974, Marianne and I rented a Mini Clubman Estate for a number of weeks and drove around England, Wales and Scotland. Because Marianne had very little money, we slept two out of every three nights in the back of the Mini. One night, we camped beside Loch Ness and so this was our big chance to haunt one of our camping sites. 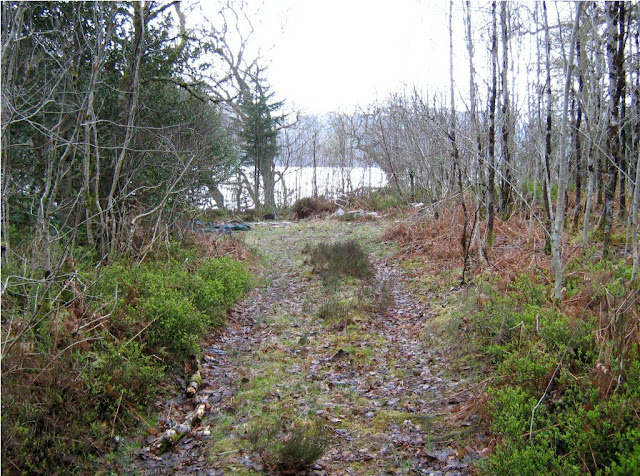 So we wandered down the path to our camping site and realized that after 36 years, things had changed a lot. First, there was much more vegetation. 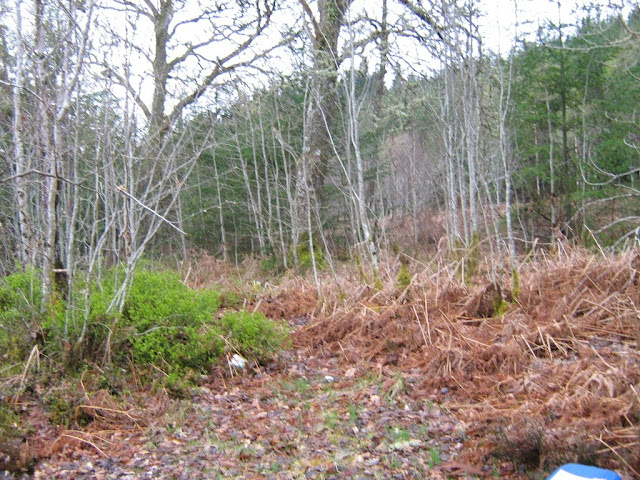 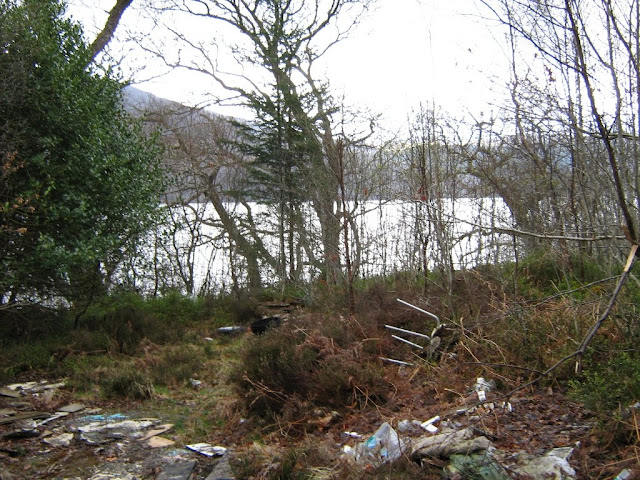 And at some stage our pristine site of 36 years ago had become somebody's dump. 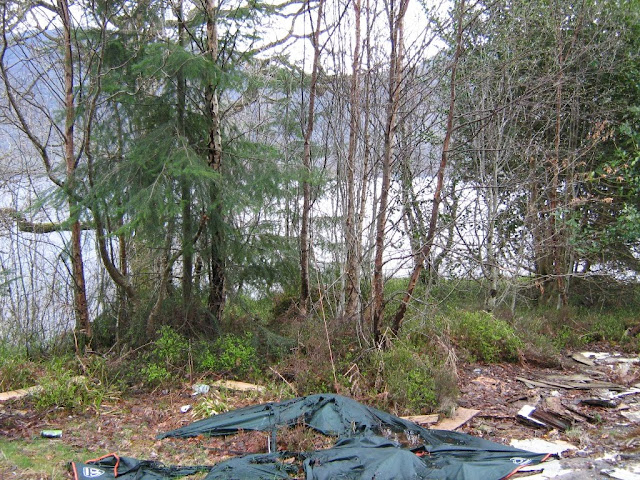 Actually, it looked like quite a few people had decided they could leave their rubbish here. 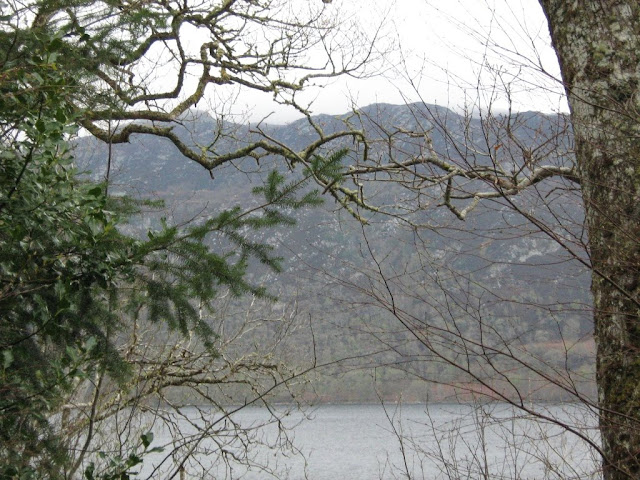 But the view of the loch was still there and I can still remember looking out and calling Nessie, but she never came. That evening 36 years ago was perfect weather with the loch bathed in late afternoon golden sun. 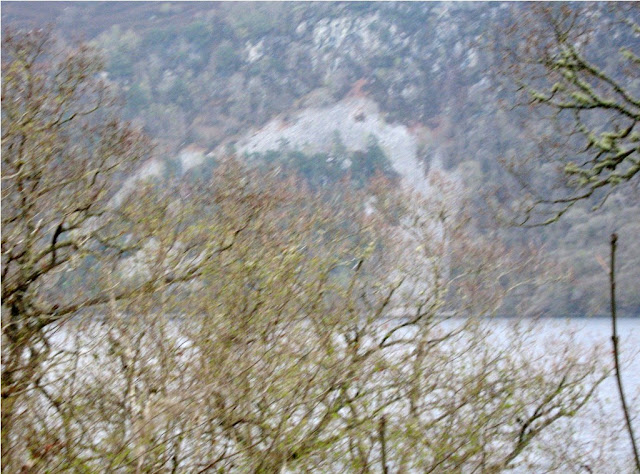 How am I sure this is the spot? First, it's the only likely candidate and secondly, the curious formation on the other side of the loch rings a bell. 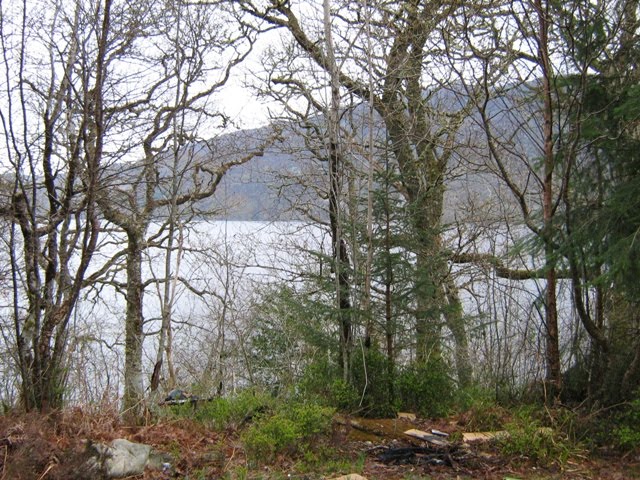 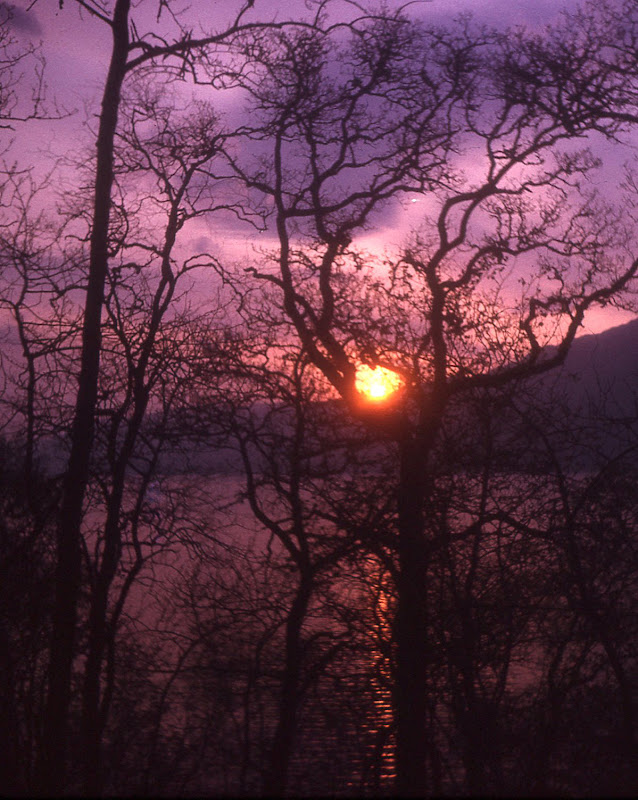 Recently, Marianne has been scanning some of our old slides and she found this one taken back in 1974 at this spot at sunrise. If you note the slope of the mountainside on the right hand side with the prior photo, you will see we found the correct spot.

So whenever you see or stay somewhere special, treasure it in your memory because it may not be what it was 36 years later. 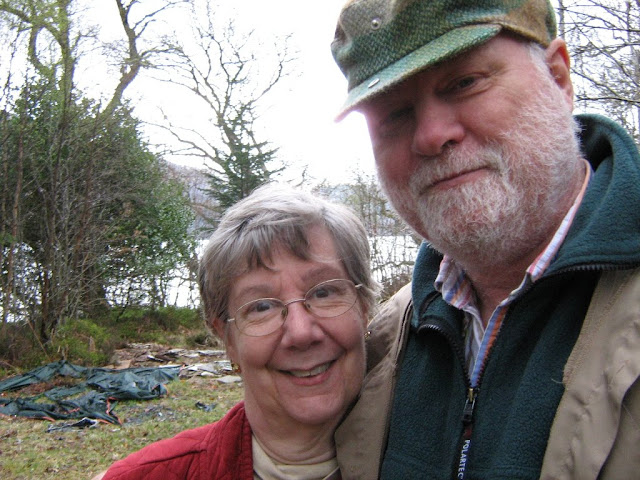 So we took our photo to commemorate our visit. 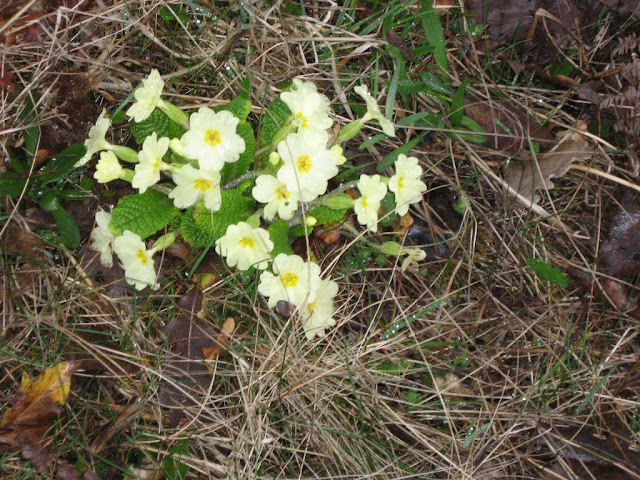 These small flowers ( I have been told they are beautiful English primroses) were growing at the entrance to our camping site so I picked one and gave it to Marianne. What a mad romantic fool.