We first heard about the volcanic ash problem the day before we headed north to Whitby. A week later, and it was still an issue that dominated the news. 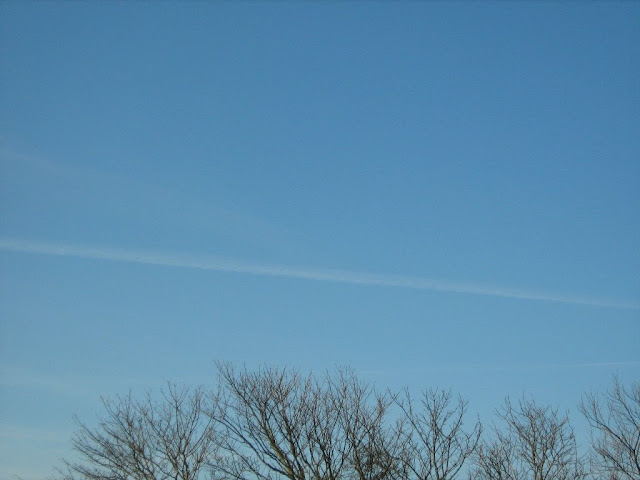 Finally, planes could fly again and here is the con trail to prove it. 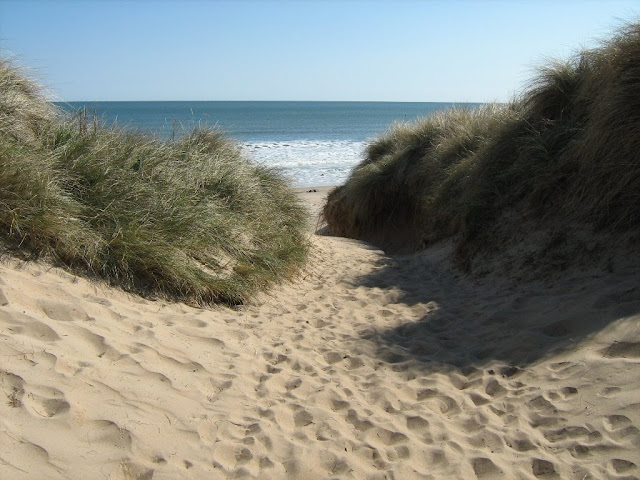 The entrance to the beach just north of Dunstanburgh Castle. 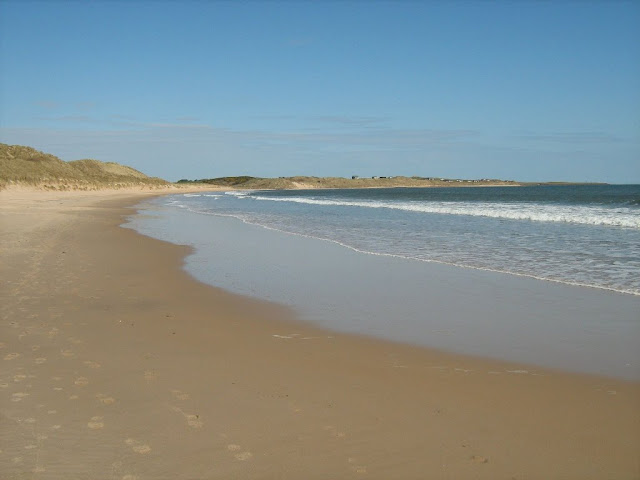 The sand is really good quality in this area, well up to Australian standards. The only thing missing is the squeak that you can get when walking on Aussie sand. 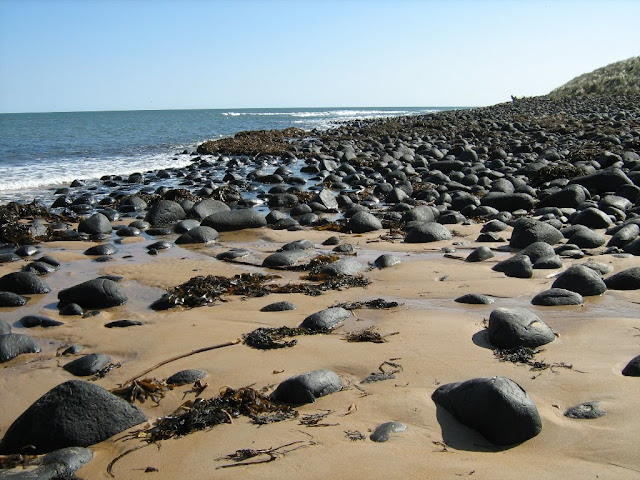 A rocky part at the end of the beach. 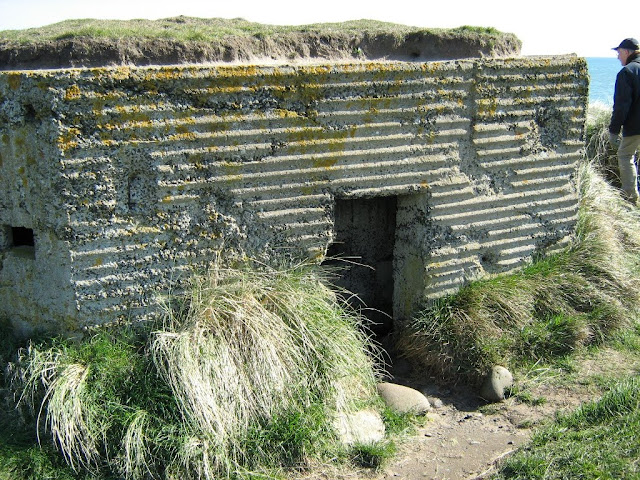 A pill box from World War II. We tend to forget about the threat of  invasion but all along the coast are the remains of the defensive positions. A posting here would have been a bit lonely, but at least the beach was teriffic, if it wasn't mined and covered with barbed wire. 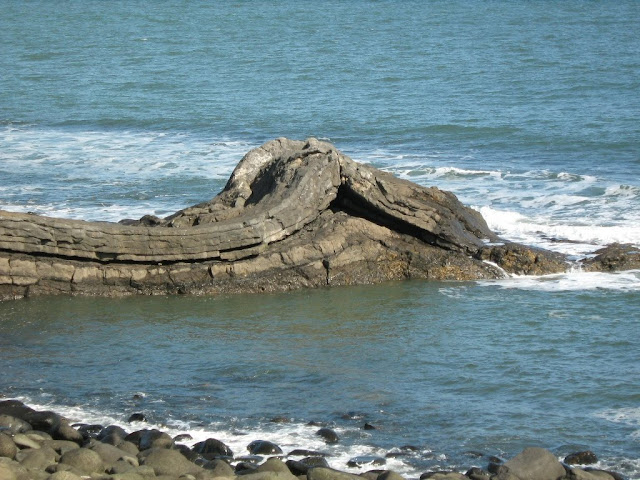 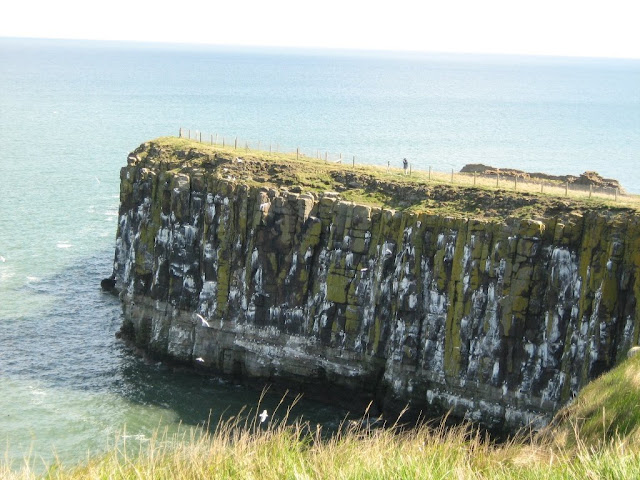 At the end of the beach is yet another headland with yet another ruined castle. It makes for spectacular scenery and you can see the cliff is quite high. 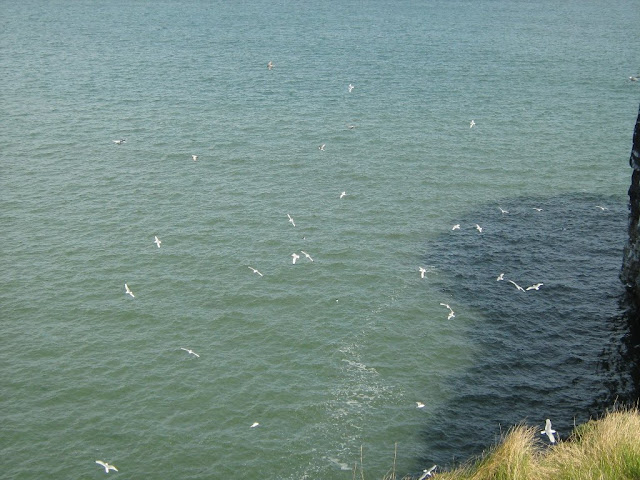 Seagulls abound, and if you could eat them, one would make a large meal since they are quite large in size. 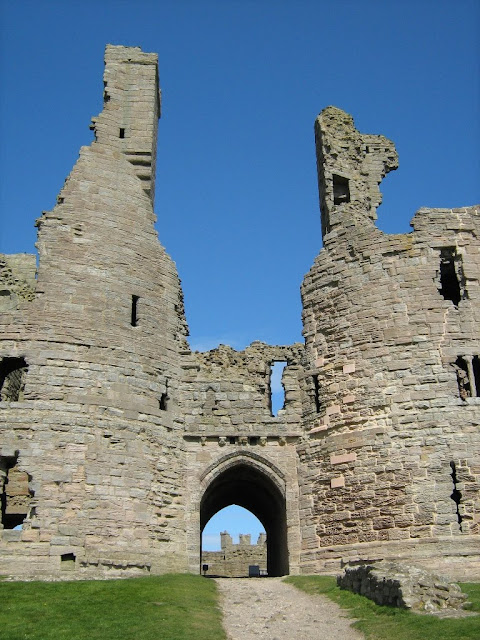 So here we are at the entrance to Dunstanburgh Castle. It sits on top of the headland and there is a bit of a climb to get up there. This one is a ruin, but there some parts of a tower have been restored. 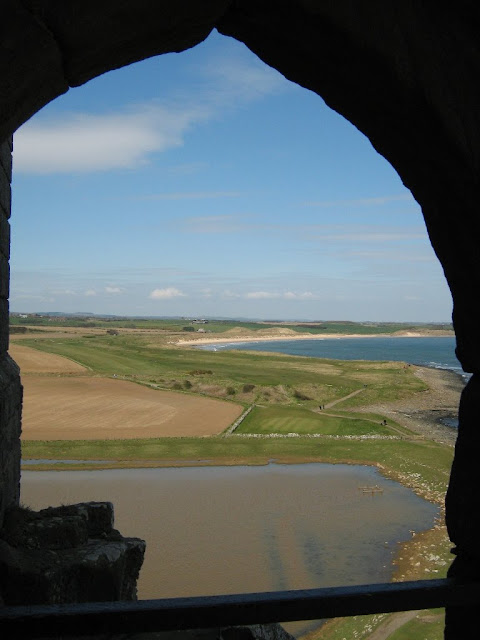 An arty photo of the beach taken from the castle. To the left of the white sand of the beach is a links golf course. A The pond in the foreground is not often there but apparently there was a lot of rain and it filled up. Then came a big storm and a seal managed to swim in from the sea and was swimming around in the pond. The locals were wondering how they were going to get it back to sea but the seal must have worked it out for itself since it is no longer there. 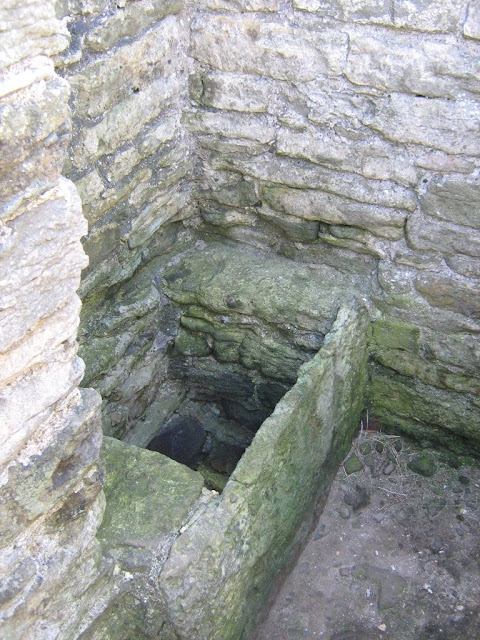 A toilet in the wall of the castle, overhanging the sea. No doubt at the time it was the latest in modern conveniences, but it had to be a very cold, drafty experience. 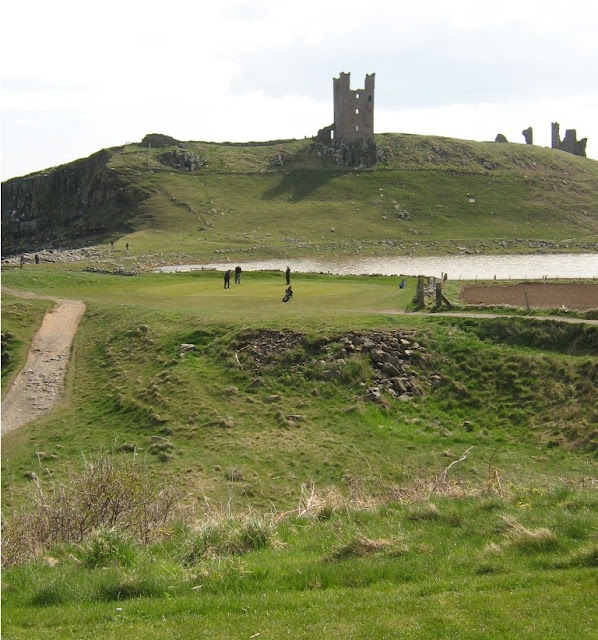 A view of a par 3 hole with the castle in the background. There were quite a few golfers out there wacking the balls around, but most appeared to be of the duffer variety. 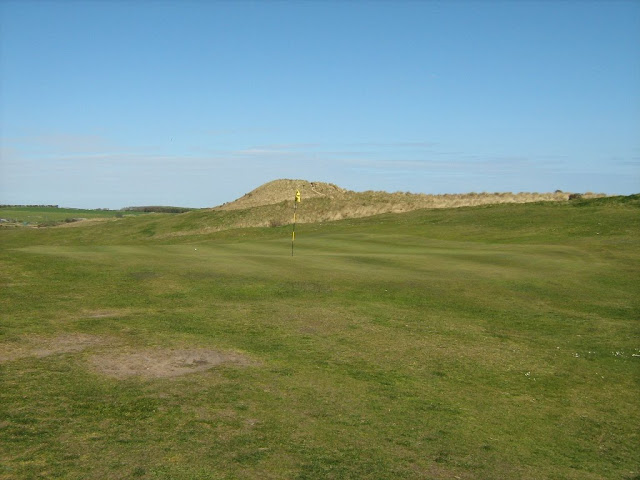 This is a links course and there are no trees anywhere. 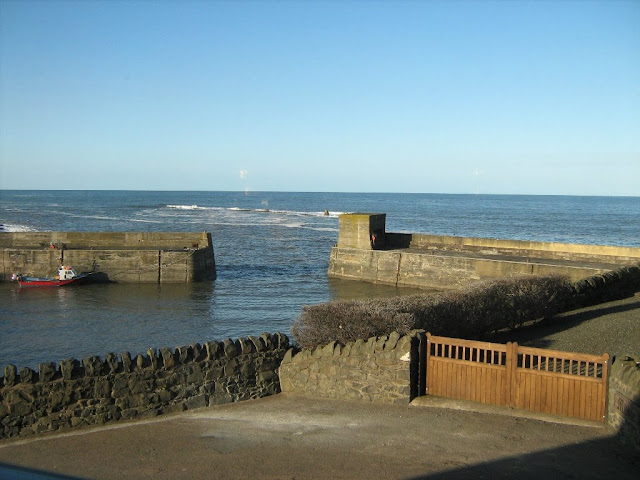 Just a little further south is the tiny port of Craster where we went for dinner one evening. I had the kippers that they mention in the Wikipedia article. 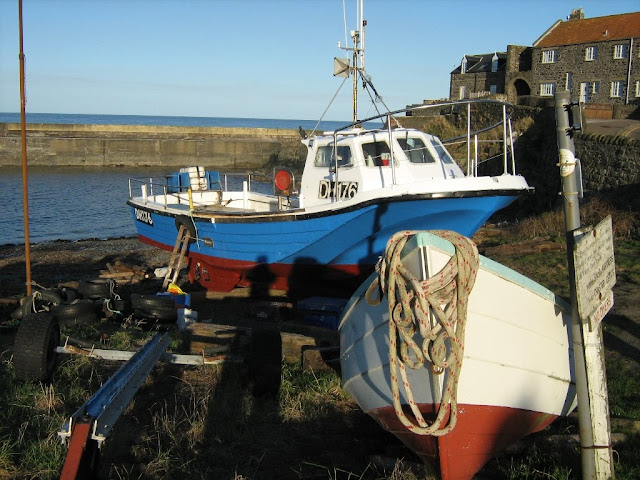 On the way to and from our holiday cottage we would pass a pond with white swans swimming around. Most times they were there or getting ready to sleep in the reeds at the side of the pond. 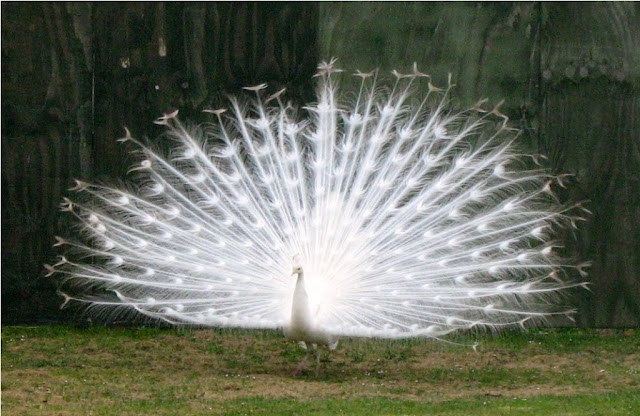 The owners of the holiday cottage kept peaccocks for some reason or other. Most were of the usual kind, but they had a white one who decided to do the full display just before we headed off to Scotland.