The top of Scotland

Whenever I would get out a map of the UK I would always wonder about the top part of Scotland. What was it like? On my train trip years ago, I took the train up to Thurso, but the route is inland and not along the coast, so I was really looking forward to seeing what the north coast would look like. It did not disappoint. 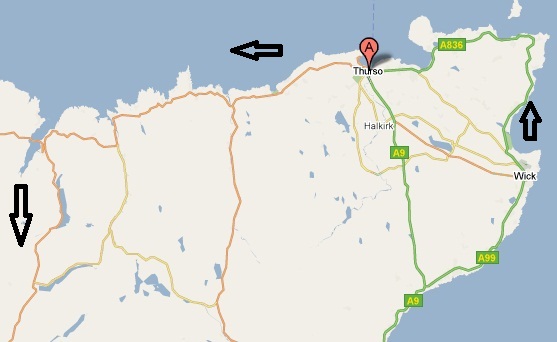 Again, you can click on the map to see more detail. We headed up the coast from Inverness towards John O' Groats. It's commonly recognized as the most north east point on the UK mainland, but that honour actually belongs to Duncansby Head where there is a lighthouse. 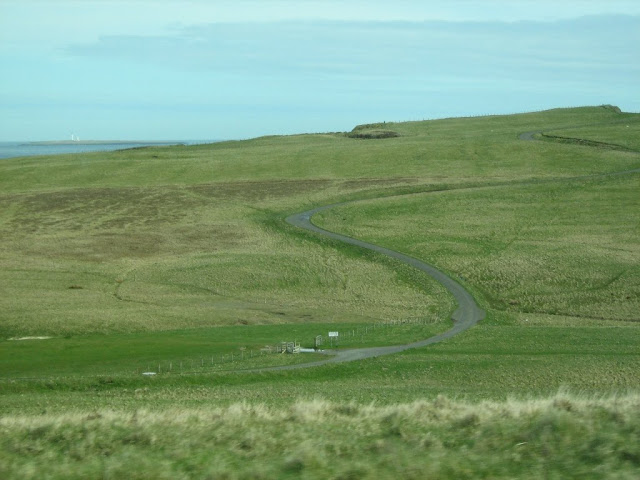 It's about a two mile drive east from John O Groats along a narrow road to Duncansby Head. 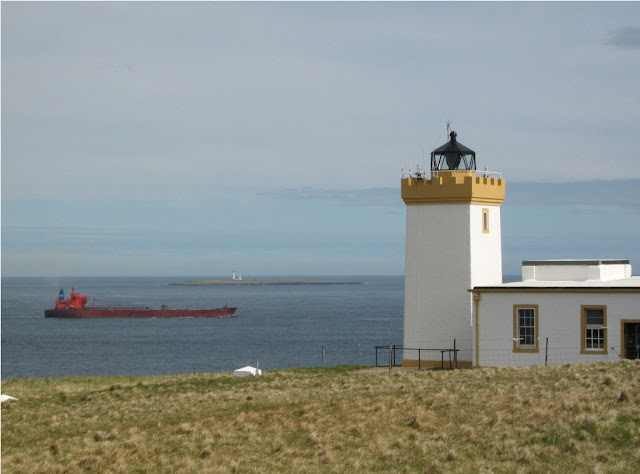 And here is the lighthouse with a ship going by. The waters in the area are quite treacherous. 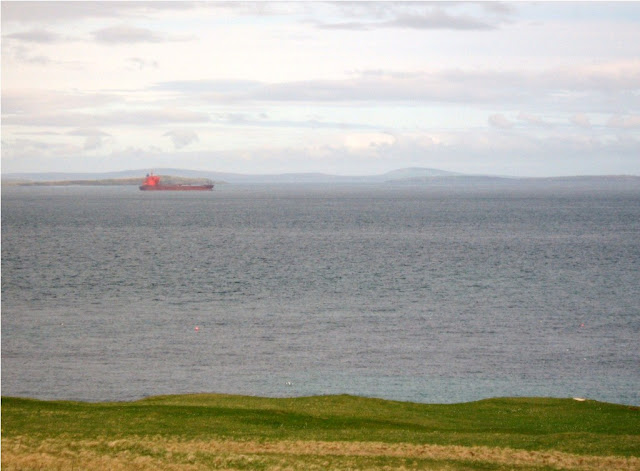 The view north to the Orkney Islands which are only a few miles away. The closest island is only two miles. Map books are deceptive since they usually put the Orkneys in a separate section on the page so you never get the sense that they are so close to the mainland. 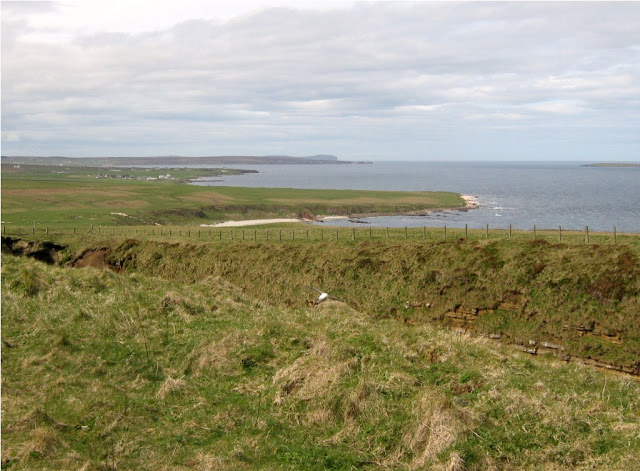 The northern coast looking west. The highest point in the distance is Dunnet Head which is actually the most northerly point on the UK mainland. 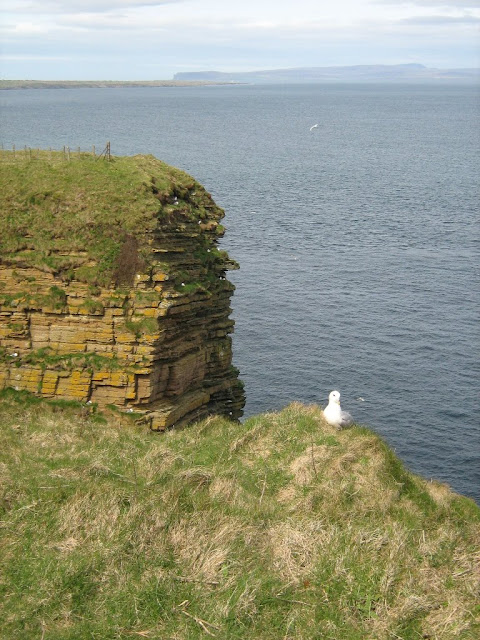 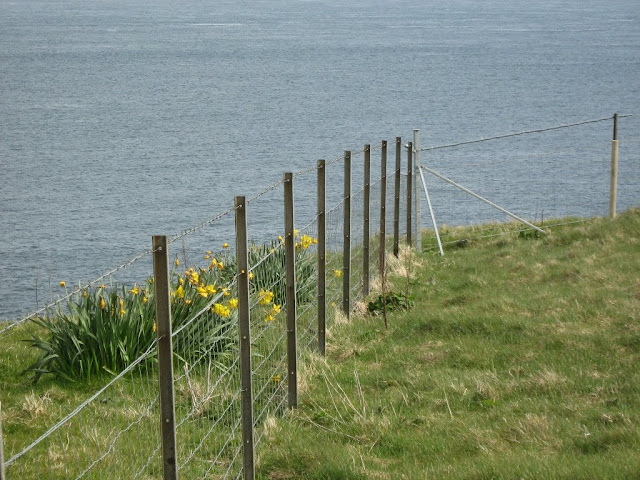 The corner marks the most north easterly point you can go to. 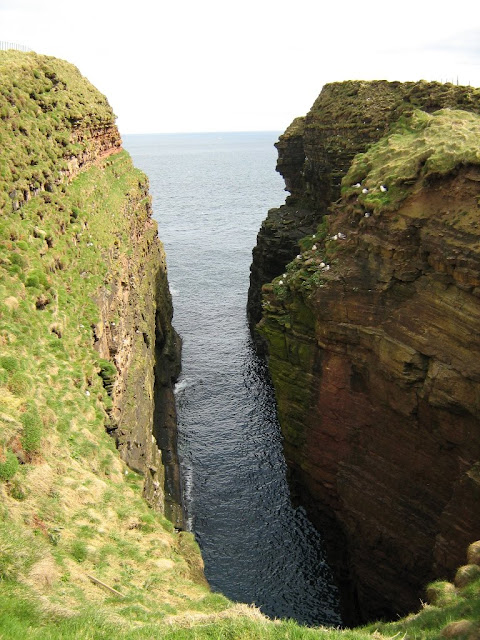 Walking south along the cliffs for two hundred yards or so and you come across this narrow gorge. 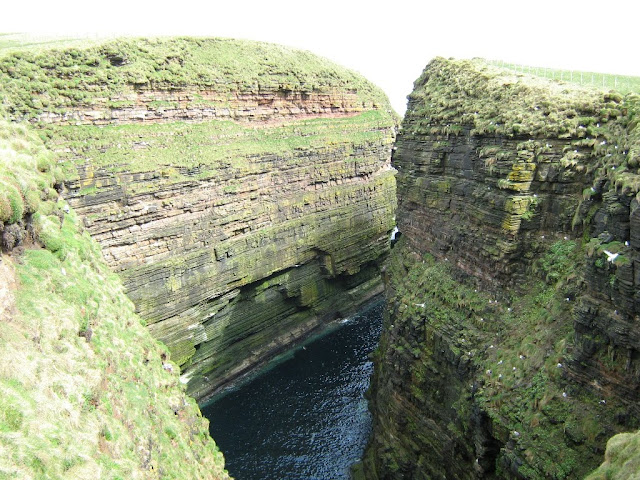 In rough weather, this would be something to see with the waves crashing in on the rocks. 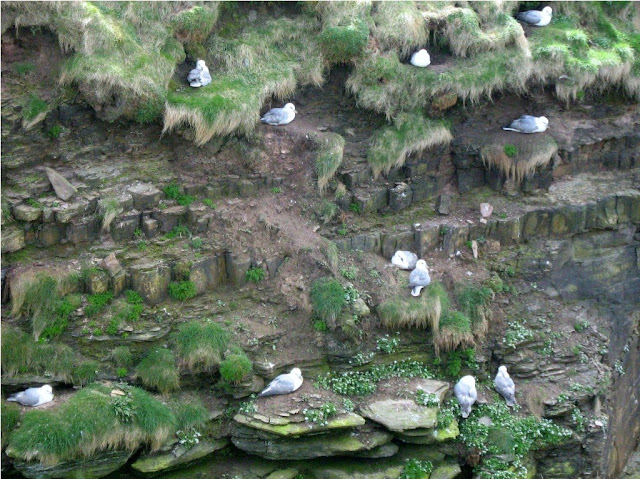 But the thousands of birds get the best view. 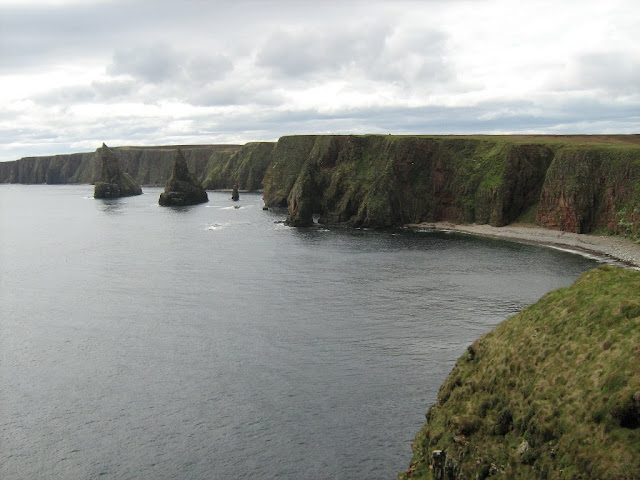 Another two hundred yards south and we come across the Duncansby Stacks. They reminded me of the Twelve Apostles in Victoria. 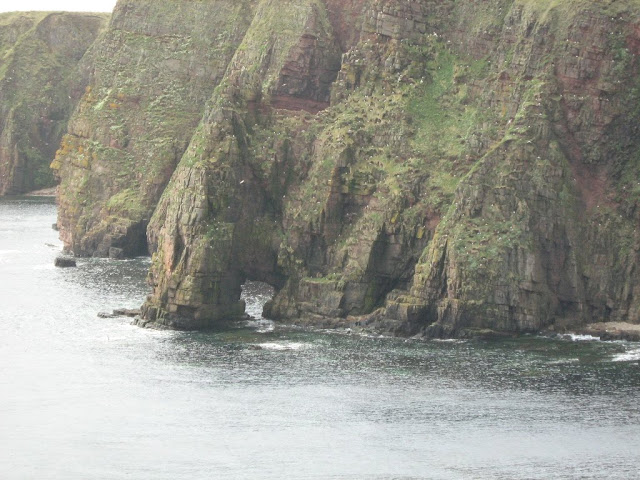 I would love to be here when the waves are high. 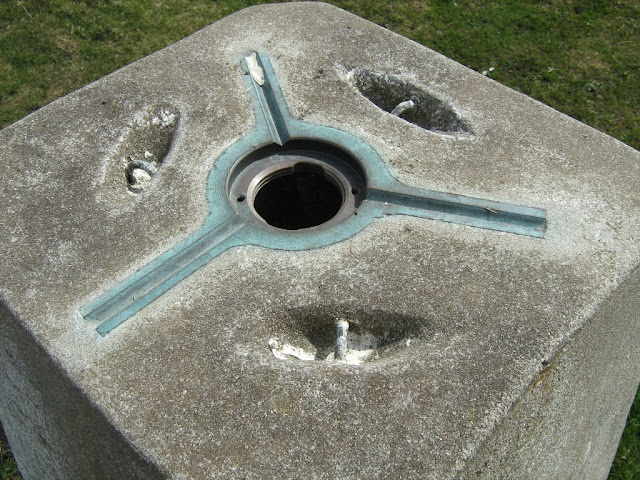 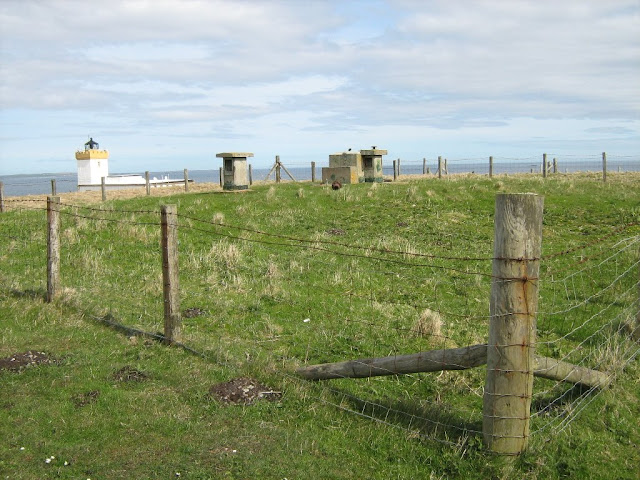 The remains of the military installation of WWII. Apparently one day, a German plane attacked the lighthouse and damaged the structure with bullet holes. I suspect, the German pilot was just having fun since if you wanted to really damage the lighthouse, you would need to use a bomb.

So we proceeded west past John O Groats and went to the top of Dunnet Head where there are marvelous views in all directions.

More military installations left over from WWII. In the distance you can see Scarpa Flow where the British Fleet was based. 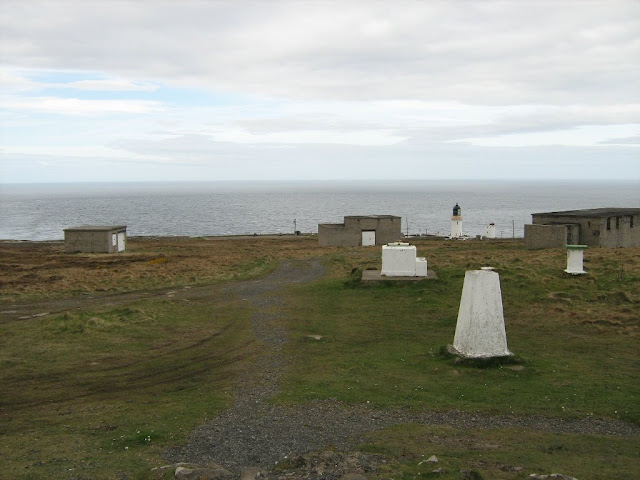 More old buildings with the lighthouse. 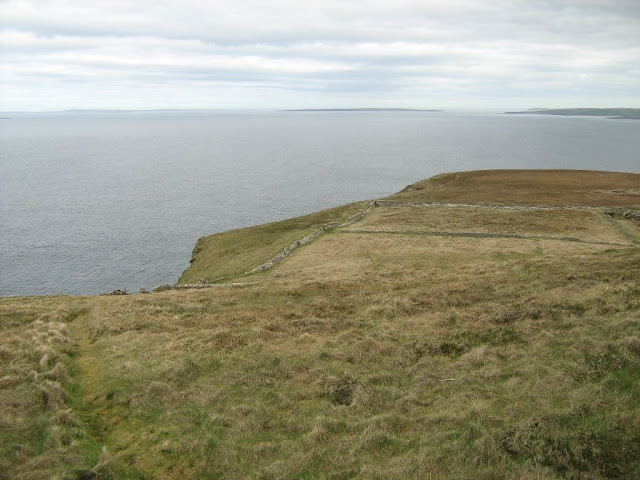 This field has to be the most northerly field on the UK mainland. 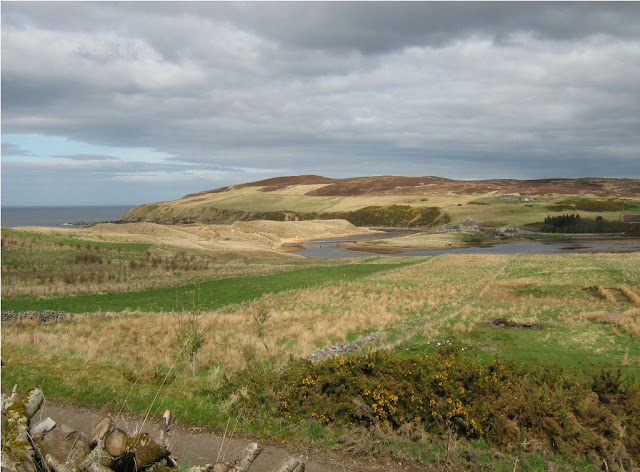 So we continued west past Thurso. This drive was just magnificent. 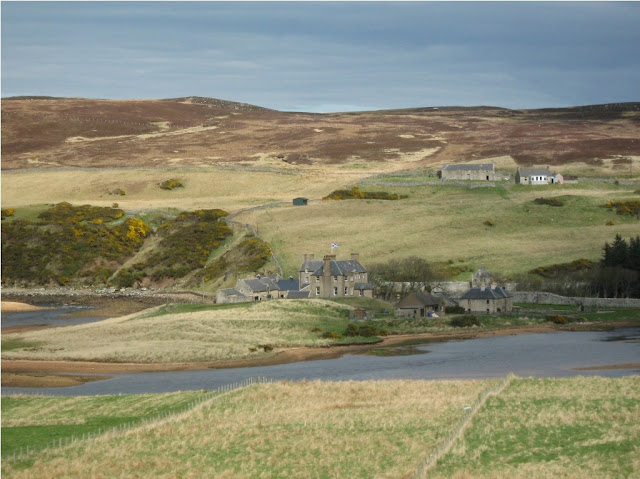 We passed through the little hamlet of Big House and that is the big house. 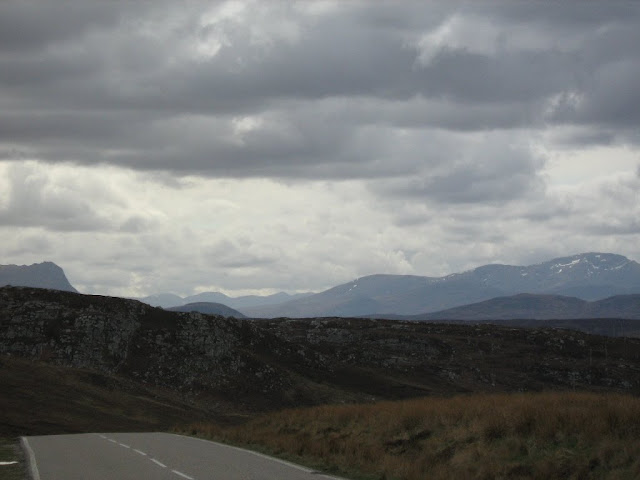 Further west and the hills get higher. Don't be deceived, the road was very good for quite some distance but eventually the money ran out and it was back to the narrow track with passing spots. 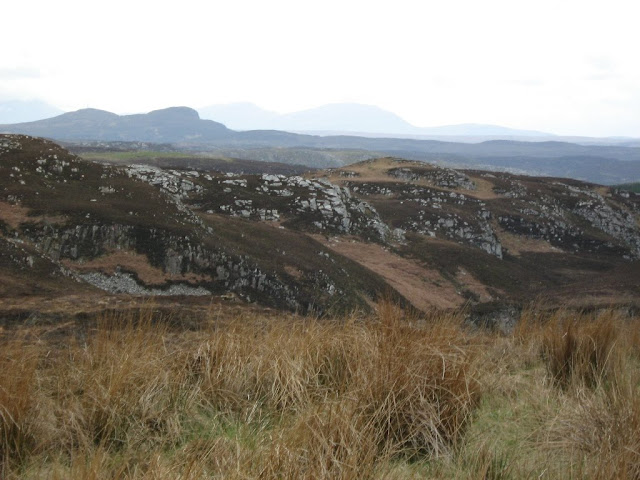 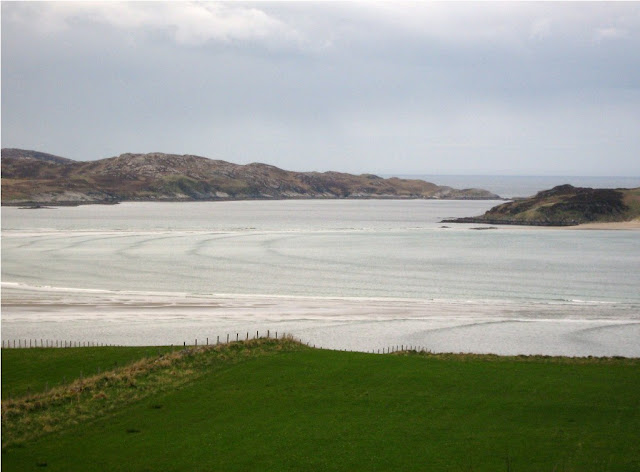 Eventually we came to the entrance to the Kyle of Toung. Look on the map and you will see why it gets that name. The views in this area were absolutely magical. If you ever get the chance, come here. 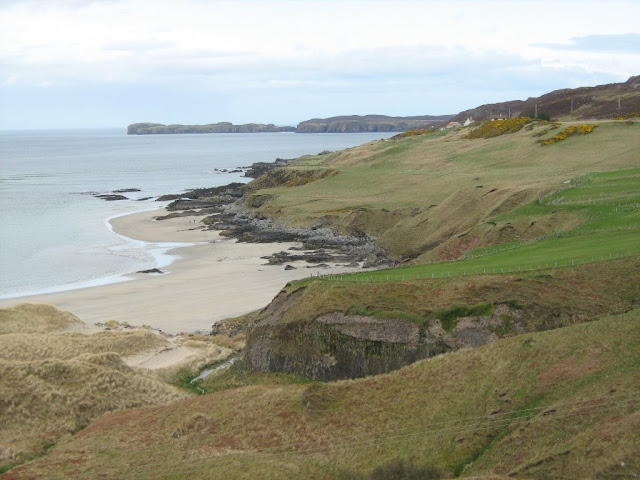 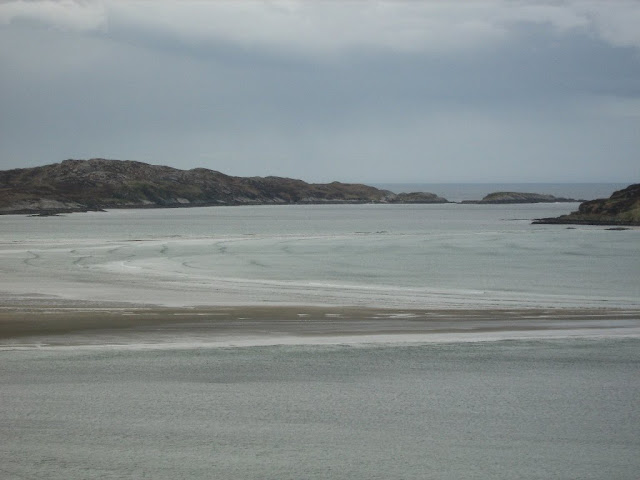 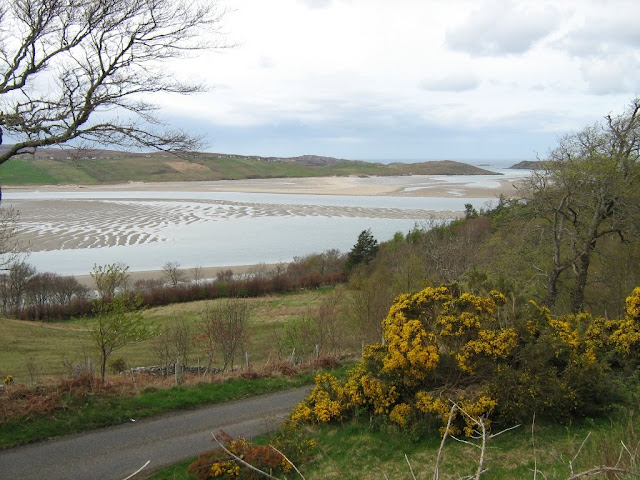 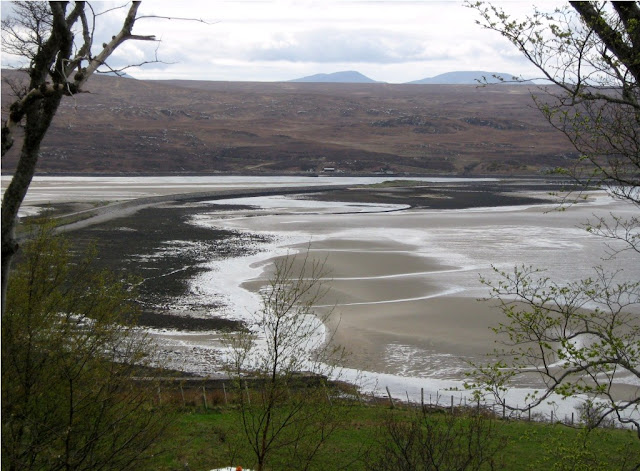 The bridge heading west to the north west part of Scotland. It was getting late however, so we headed south. You may notice that the tide is out. After a while it seemed that thoughout our travels, the tide was always out and never in. I was beginning to wonder if there was a conspiracy or something that prevented us from seeing a high tide. 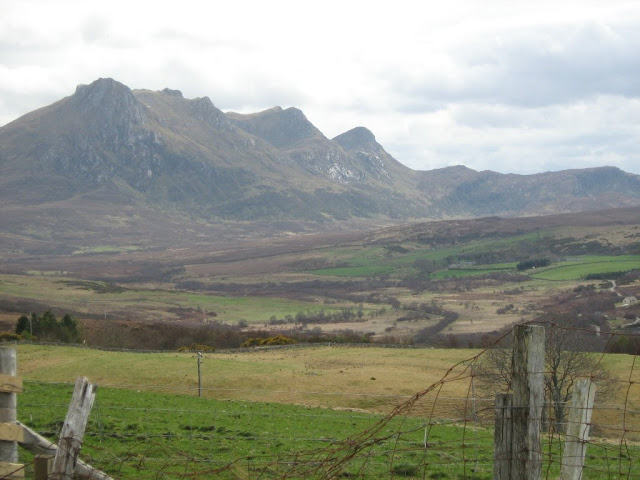 As we headed south, we passed these mountains we had seen from much further back. 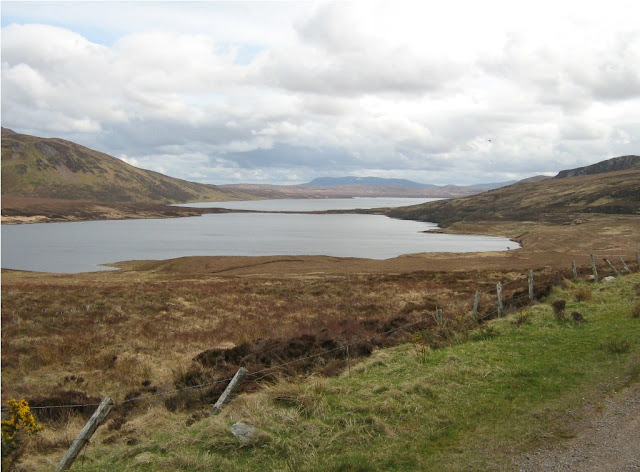 Down the narrow road past Loch Loyal. There was more traffic on the road than I anticipated, probably people going home from working in the south. 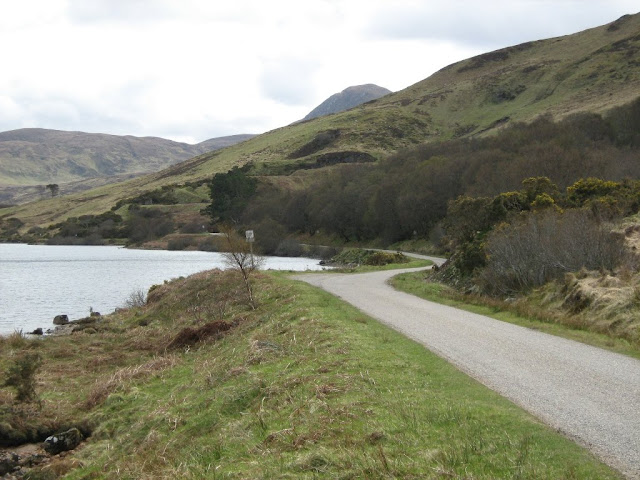 For sheer driving pleasure, it would be difficult to improve on this road. Beautiful scenery, plenty of curves and hills, no radar traps and not too much traffic. Again, this is not a road to travel in summer when it might be more busy.
Posted by Ray Perry at 1:37 AM