We continued down the street from the Supreme Court to the Library of Congress (Thomas Jefferson Building).

Because the collection is so large, the Library of Congress is actually housed in several buildings in the Washington area. The main building of interest for tourists is the Thomas Jefferson Building. 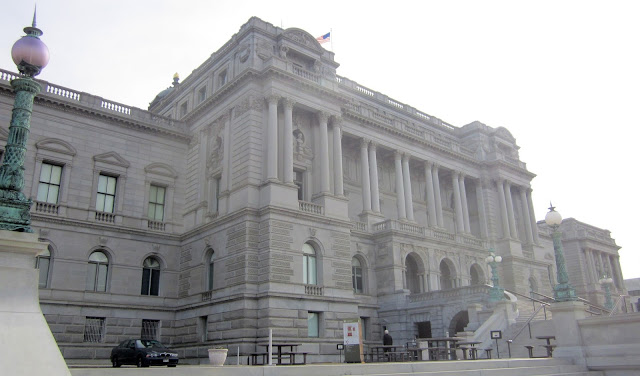 The grand entrance to the Thomas Jefferson Building. 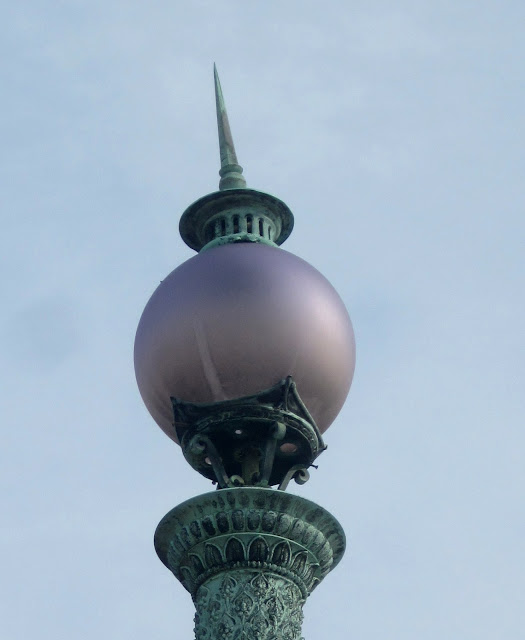 Robin and I were taken by this ornate lamp which you can see at the left of the preceding photo. 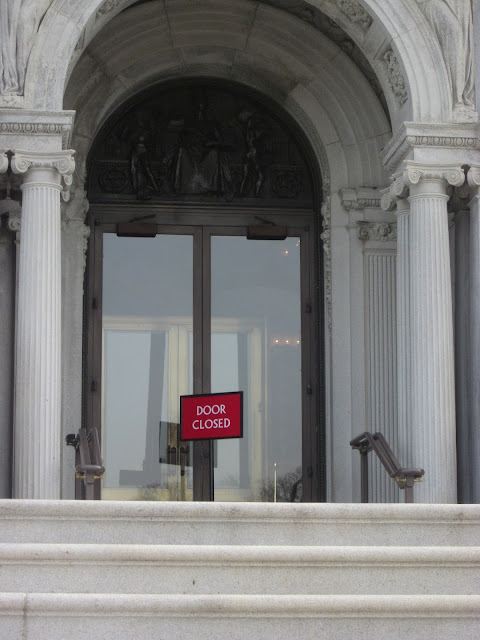 Fortunately, another door was open. We had to go through airport type security and I even had to remove my belt. There were not as many guards as in the Supreme Court however. 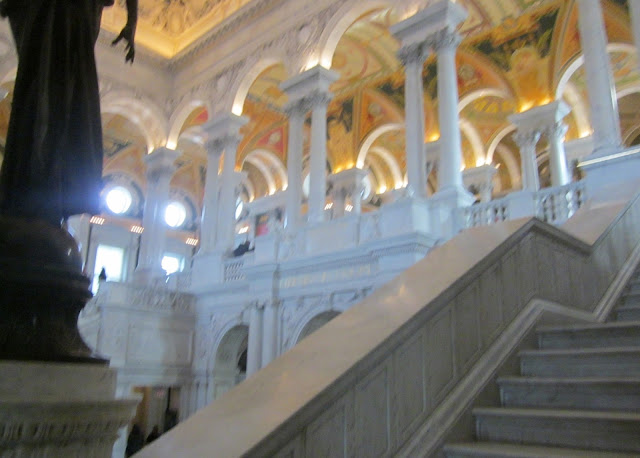 The interior is very ornate and the style is called 'American Renaissance'.

We arrived in time to take a guided tour (free) which started off with a short video. Even though it was a very cold day, there were a lot of people waiting to take the tour and we were divided up into groups of 15. 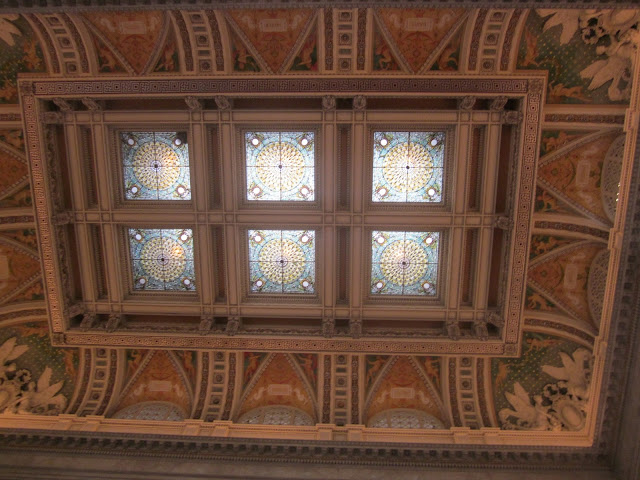 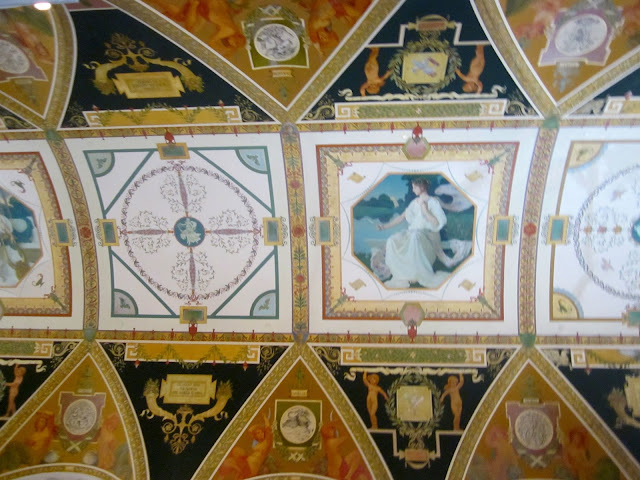 Our guide was a former college President and he was excellent. Most of the tour took place in the large chamber at the entrance to the Library. The Library was built by a team of Italian workman who had come to Chicago for a World Fair. According to the guide, the women who posed for many of the the paintings on the ceilings and walls were local prostitutes. 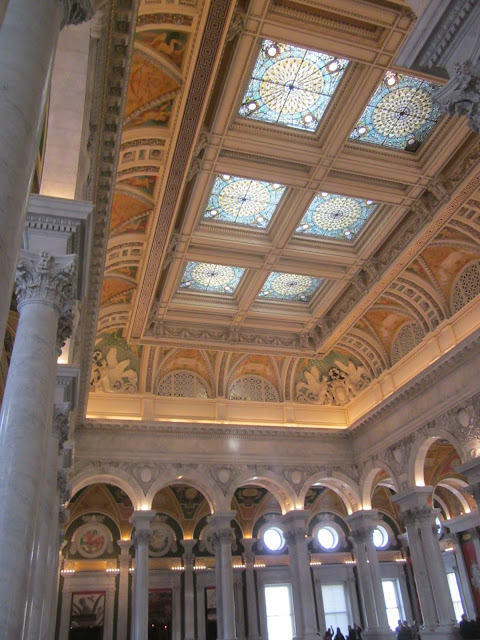 Unfortunately, photography is not allowed in most of the library except in this large entrance chamber. It is all very impressive however. 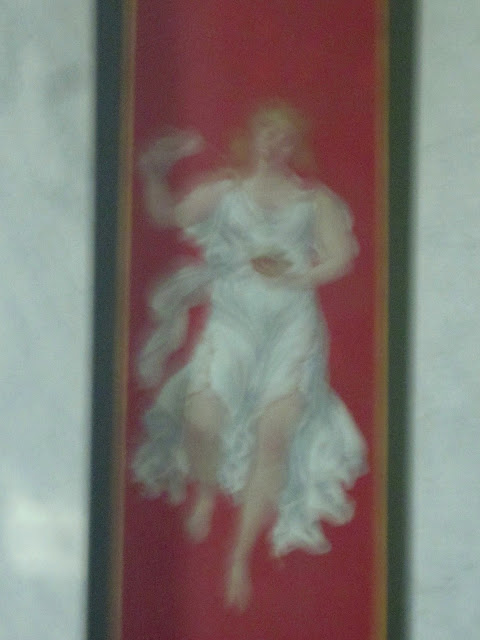 Apparently the red colour was all the rage at the time. 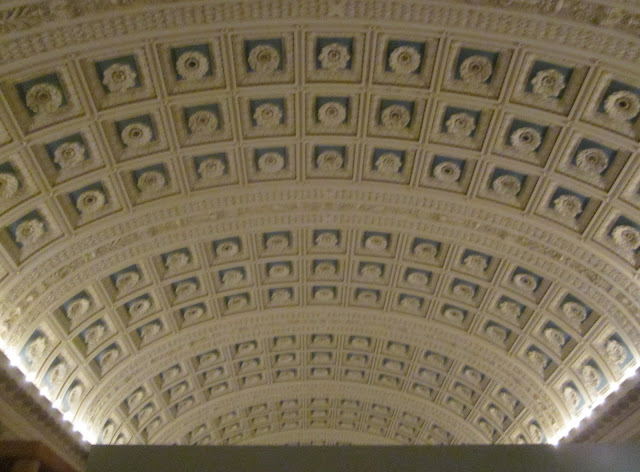 I sneaked a picture of this ceiling that reminds me of the ceilings of some of the Washington Metro stations. 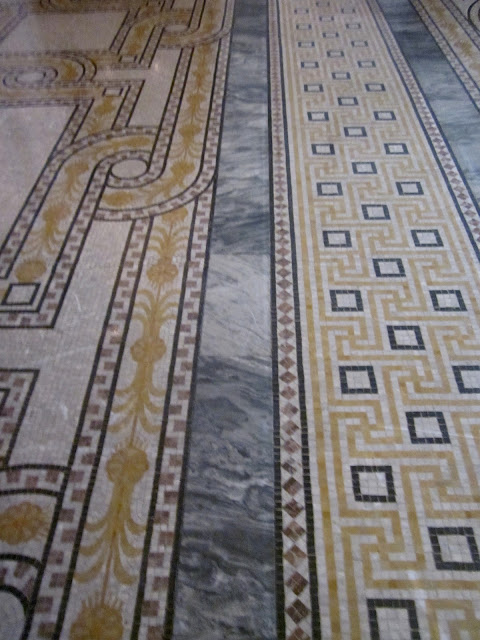 Mosaic floors. According to the guide, they were actually constructed in Italy, attached to paper and then sent to Washington to be laid.

You can see the Thomas Jefferson original here and the Melbourne version here. To be honest, I can't understand why taking photographs of the Thomas Jefferson Reading Room is forbidden. Perhaps they think the flashes would disturb the patrons reading at the desks. Not that there were too many readers at the time we were there.

I still like the British Museum Reading Room the best.

My sister Anne sent a good link with more photos of the Library.

Robin and I both enjoyed our visit however and this is something I wouldn't mind doing again one day. 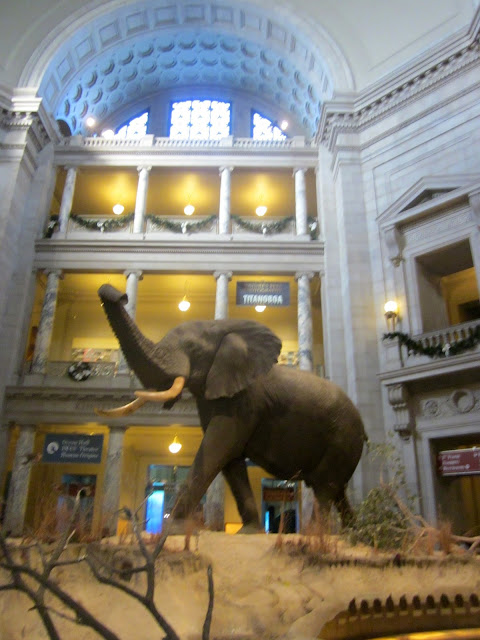 After lunch with a former work colleague and her husband we wandered down to the Natural History Museum. I don't get too excited looking at stuffed animals, but Robin enjoyed it. 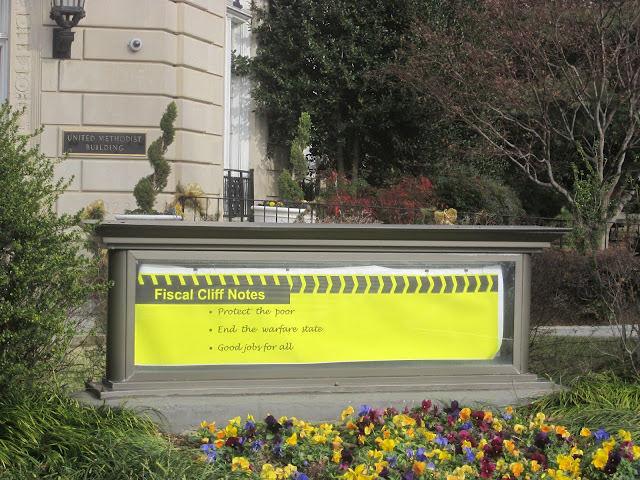 A sign we passed near the Supreme Court. I wish Congress would take some notice of it.