So when I arrived in Beijing I actually felt completely fine. Immigration/customs was very easy. All the signs had English on them and the customs people were all friendly. I went through a special international transfers line and wound my way seemingly around all different levels of the airport to these small almost deserted immigration and customs kiosks specifically for international transfers getting my boarding pass printed and my passport looked at, and even went through a dedicated x-ray machine for intern'l transfers where I was greeted by 3-4 young people about my age who all acted as though they hadn't seen anyone come through in hours.
That was probably the most interesting thing about the airport, there was no one there. I imagine the domestic portion must have been more busy. I passed gate after gate with no one there, you will see one picture through the window to the other gates which also has no one there. The airport ceiling was impressively tall. They had a little shopping area with all kinds of fancy shops like Bulgari and LaCoste, plus a few souvenir shops selling silk scarves and panda dolls and teapots and so on. Of course they also had the requisite traditional Chinese building with accompanying pond of carp. There were a lot of staff around for how few passengers there were. It was a bit weird though, besides the shop assistants there were some people who were obviously security, maintenance people (who mainly seemed to be corralling shopping carts from the shopping section because the whole airport was already extremely clean) who there seemed to be two levels of, one for in the airport and one for out with the planes. But there were also a lot of young people about my age walking around in smart long black wool overcoats and doing not much. They all had ids and were mainly around the shops so I guess they were sort of information/help people? No idea, they all mainly seemed to be hanging around so I never saw any of them do whatever it was their job to do. So I assume they were some kind of customer service people who were idle because there were no customers. I would see 5 or 6 hanging around in some of the larger shops positioned throughout the shop and just chatting to each other. 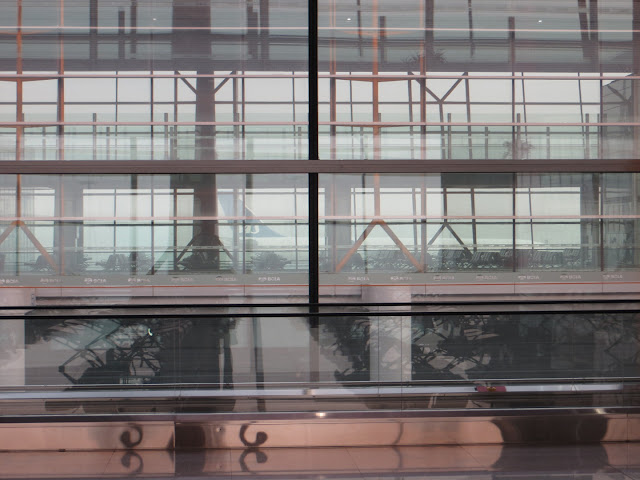 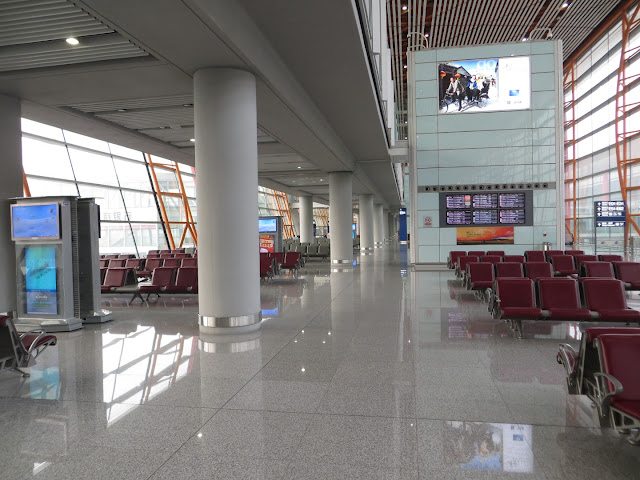 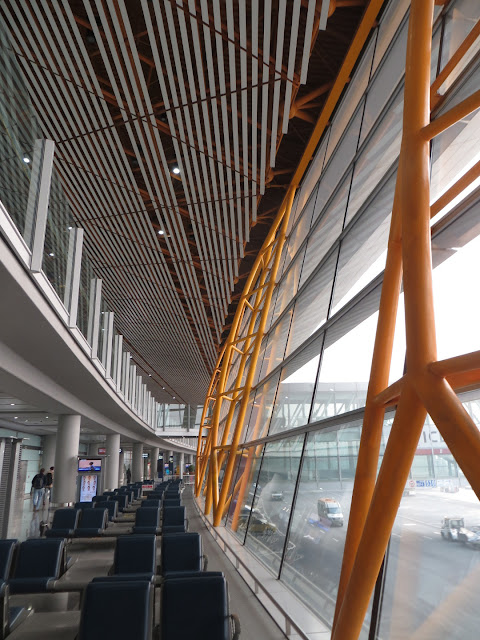 In some of the photos you'll see how ridiculously hazy it was. It got much worse even in the time I was there. These photos are of when I first arrived, two hours later you could see the body of the plane at your gate and pretty much nothing else clearly. But I looked it up and apparently that was a really high level of smog (http://edition.cnn.com/2013/01/13/world/asia/china-smog-blanket/index.html). It was also quite cold. 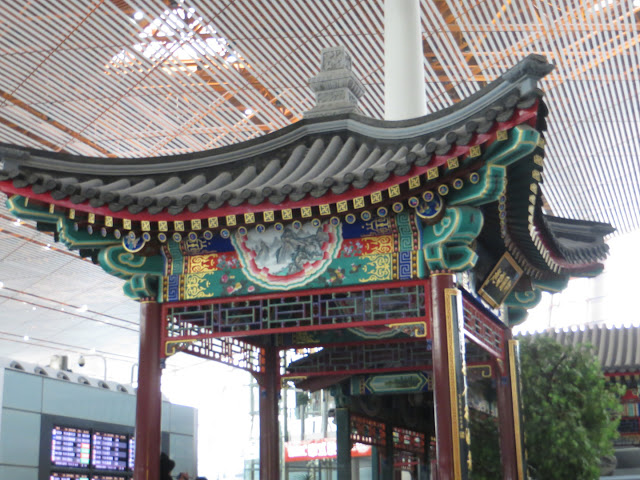 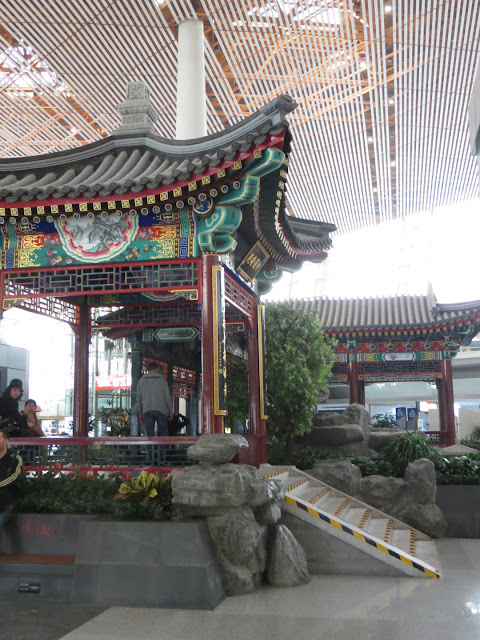 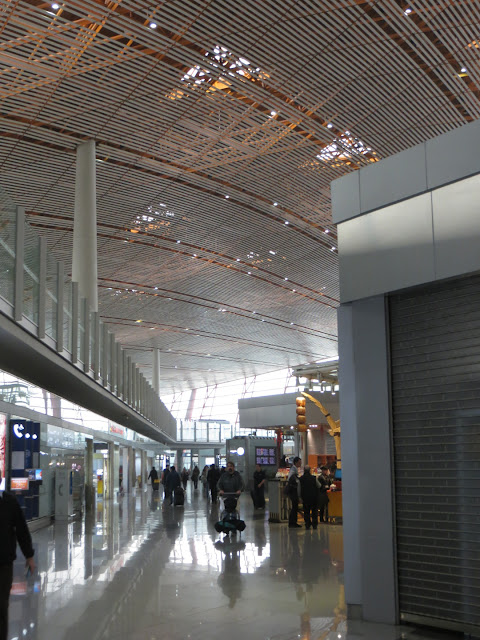 So anyway then we all got on the Air China plane which was a perfectly fine plane and I was really tired so I probably slept over half the flight. It was more similar to a typical United flight except it had screens in the back of the seats. It was mainly Chinese movies and shows but they had some current TV shows in English, and weirdly a selection of old movies such as Cleopatra (with Elizabeth Taylor) and How to Marry a Millionaire. The food was okay/typical airline, you had a choice of an Asian meal or a western meal so I had beef with noodles & miniature bok choy for dinner and eggs/hash brown for breakfast. Everything was obviously announced in Mandarin first and then English. All the flight attendants had their hair done in exactly the same way and they changed into these cute red apron outfits to serve food and then would get back into their old school red flight attendant suits with a little scarf around the neck when it was time to land. They were all very pretty and young (under 30-35 I'd say) but their service wasn't as polished as the long haul United flight attendants who are usually older. They had one older woman sort of directing the whole operation.
Anyway I didn't see much of Russia, Mongolia or China because mainly I was either sleeping or in the case of Russia everyone else was sleeping and it was pretty bright outside so I didn't want to disturb other people. I took a peek a couple times and saw a massive river in Russia called the Lena River, I think. The scenery was very dramatic, mountainous and of course snow-covered.

If you want to read more about the Beijing smog while Robin was at the airport, check this out. One can only begin to imagine the health problems the people of Beijing will be having in a few years.
Posted by Ray Perry at 5:51 AM