The third anniversary of my retirement 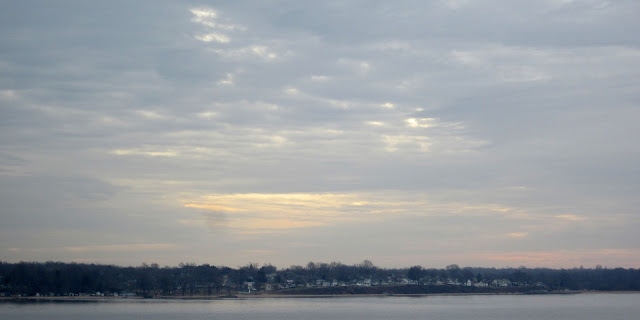 My mother's birthday was January 11 and three years ago I thought it would be an excellent day to retire.  Fortunately it was not raining or snowing, so Robin and walked my usual loop around the community. 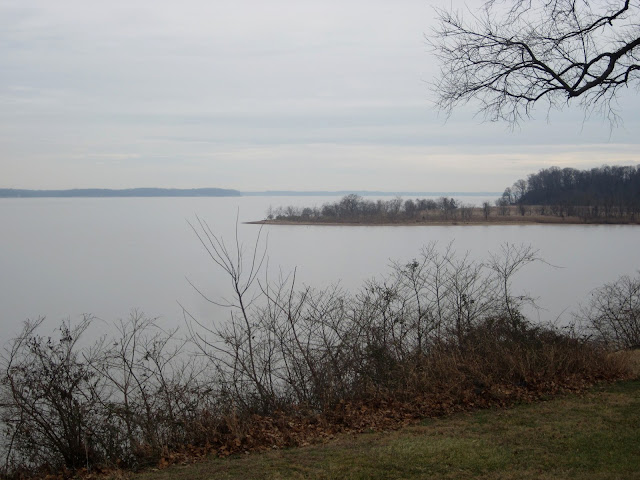 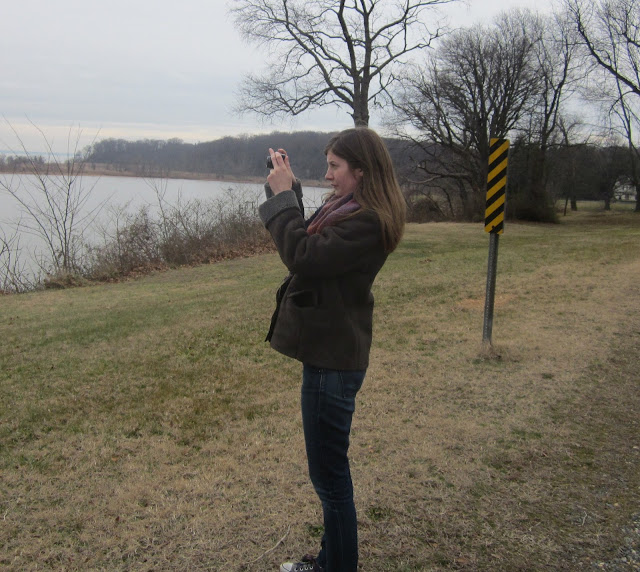 So here is Robin with the tree growing out of her head taking the same photos I took. She flies back to Sydney via Beijing tomorrow and Marianne and I have really enjoyed having her home. Now that she has finished her degree she seems more relaxed. 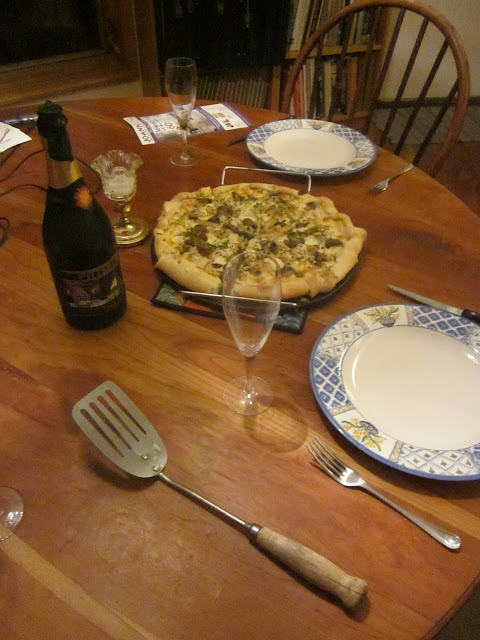 Robin requested that I make a pizza so I was happy to oblige. It was a white pizza with chicken, mushrooms and some spargel (white asparagus) that I bought at the local Aldi's. We all agreed it turned out very well.

When we were in Pittsburgh last weekend, our friends Larry and Mary from Pittsburgh gave us a bottle of bubbly which I opened to celebrate the occasion. It is called "Pittsburgh Bubbles n'at" and was made by a winery called  Le Vigne in California. Apparently, the phrase n'at is in common use in Pittsburgh. I don't know how Mary and Larry got hold of this bottle but for a short review let me say that this particular wine was semi sweet with a short finish. It went fine with the white pizza but it was definitely not the equal of the ten year old Ridge and Heitz Cellars wines that Larry produced for our dining pleasure last weekend.

So what is on the travel agenda for this year?

In the middle of May I head off to England to do the first half of a walk across England from St Bees to Robin Hoods Bay. It's known as the Wainright Walk. I stop at Richmond where Marianne will join me and we will fly to Amsterdam for a three week house exchange. We then return to England where I will then complete the second half of the walk. We will then do a two week exchange with a family in Birmingham before heading home.

Later in the year we are planning to fly to Seattle, drive down the coast to Oakland to visit one of my nieces.  We then fly to Australia for a few weeks and hopefully spend a couple of weeks in the South Island of New Zealand on the way home.

So there will be plenty of blog material coming up in the next year.