Instead of walking along streets, we walked a nature trail for a change. 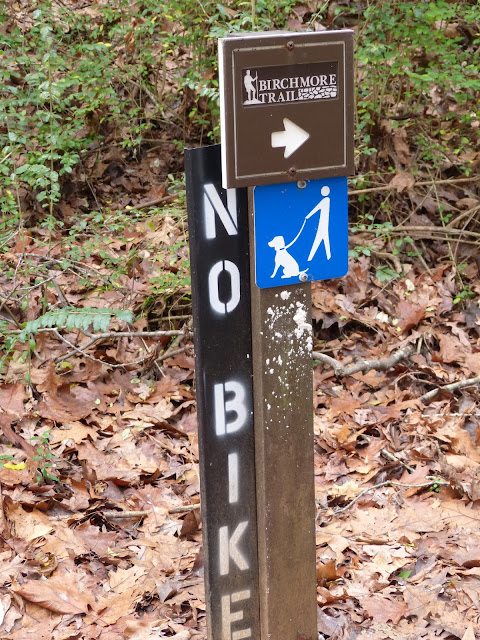 The start of the trail which is in a park not too far from the University of Georgia in Athens. 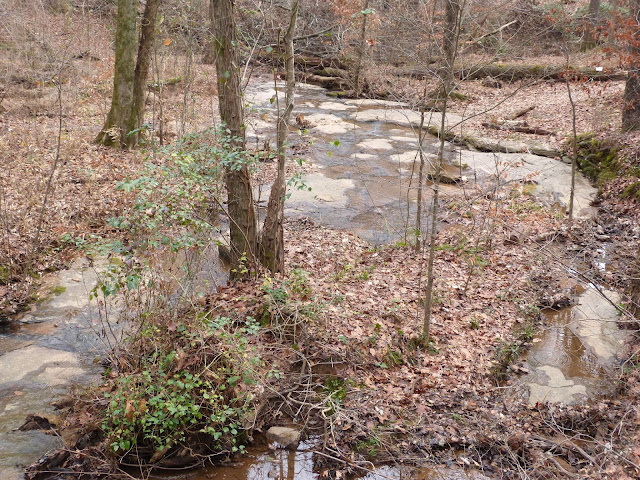 The walk climbs up beside a small creek that eventually flows into the North Oconee River. 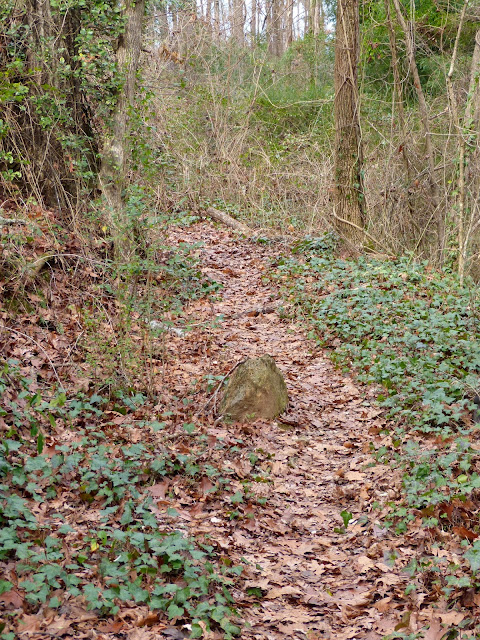 As we climbed the path, I was reminded of walking across England. It really feels good to get away from roads and to walk through nature. 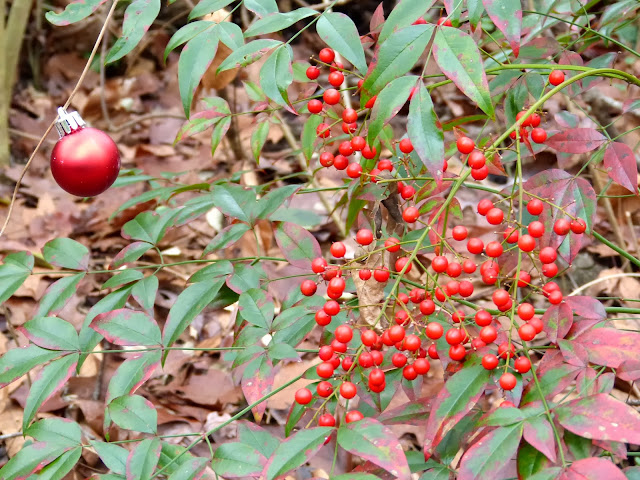 Nature never produced that ball on the left. 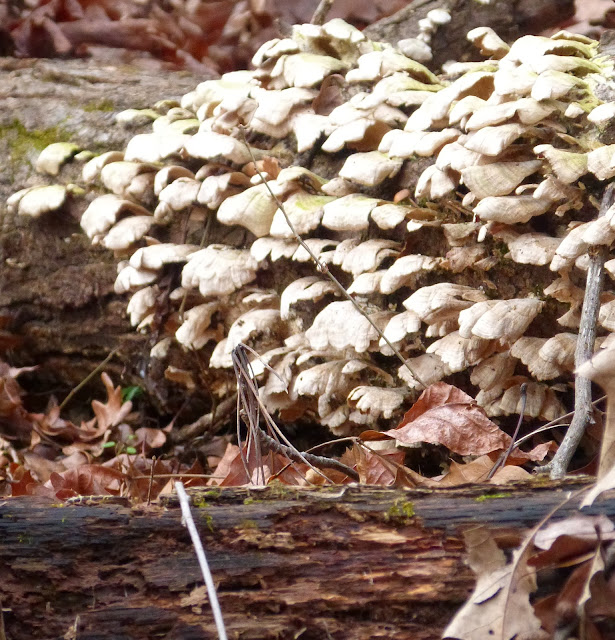 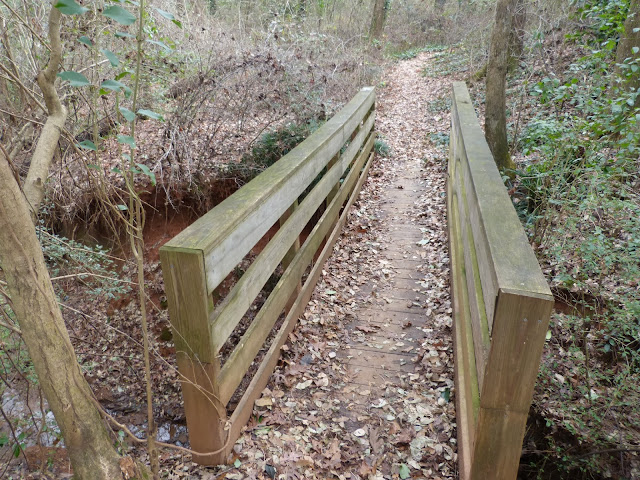 Bridge over the creek. 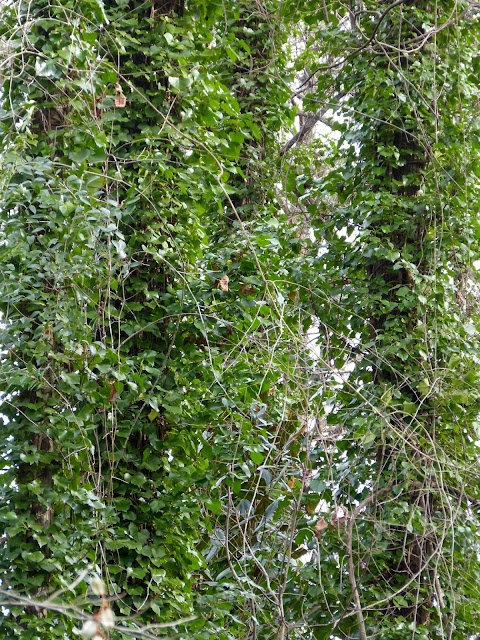 Vines covering the tall tree trunks. Compared to Maryland, there was a lot of greenery. 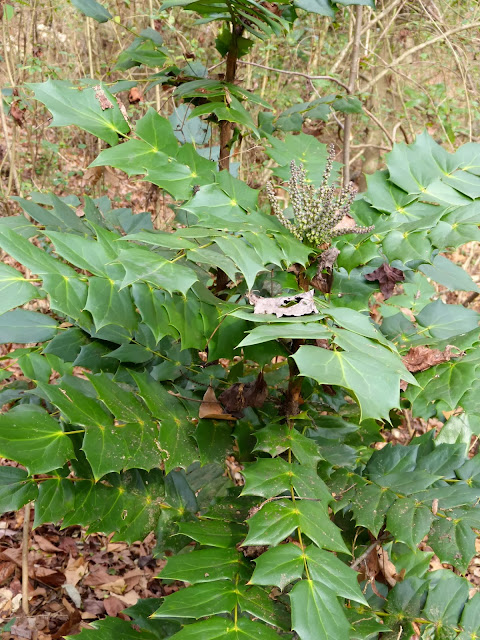 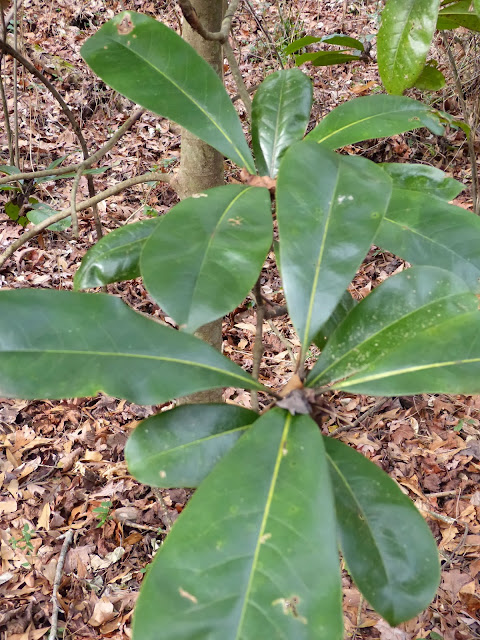 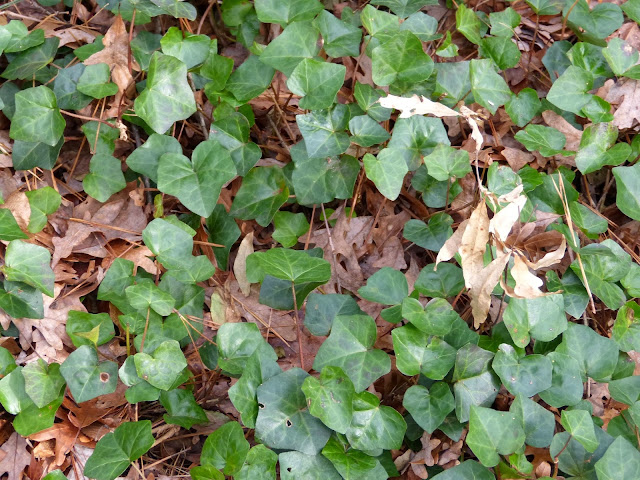 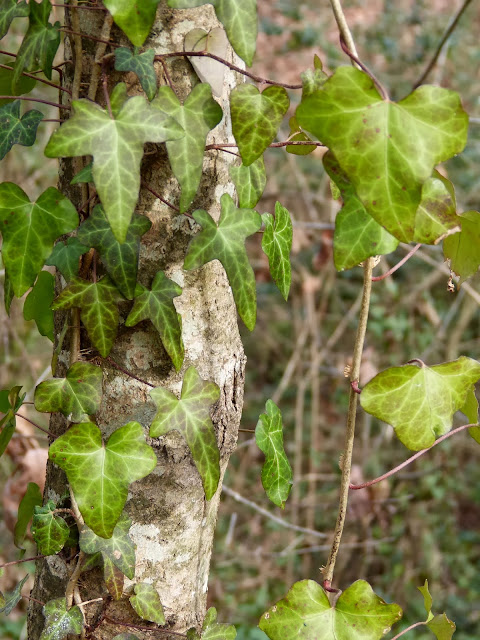 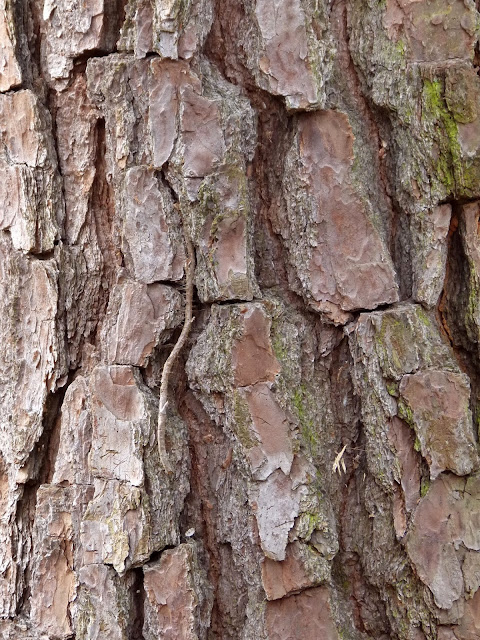 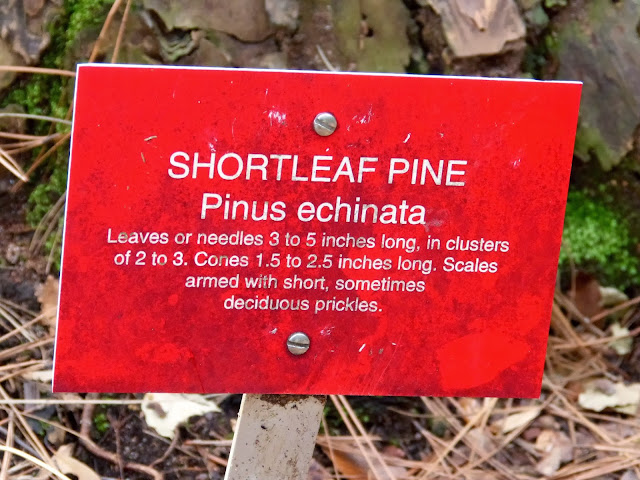 More about this pine tree can be found here. The bark is quite unusual. 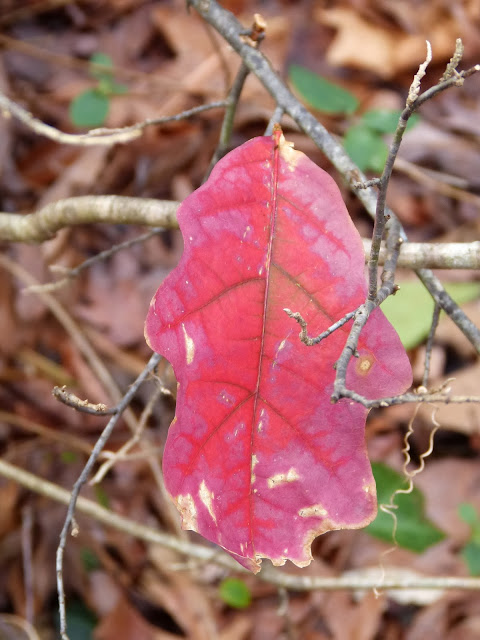 The last leaf of Fall. 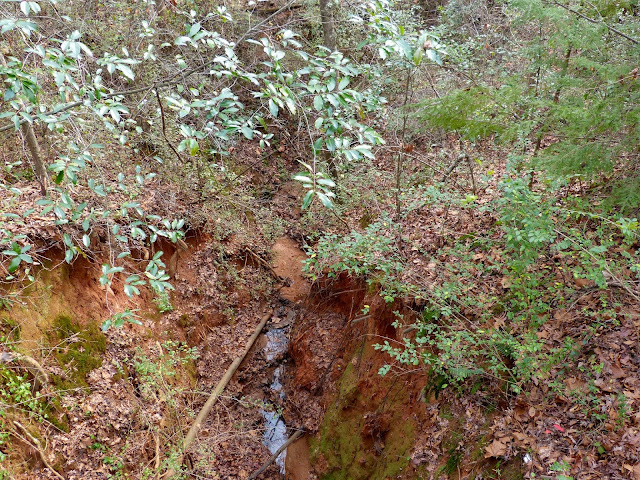 The creek has carved out quite a canyon. 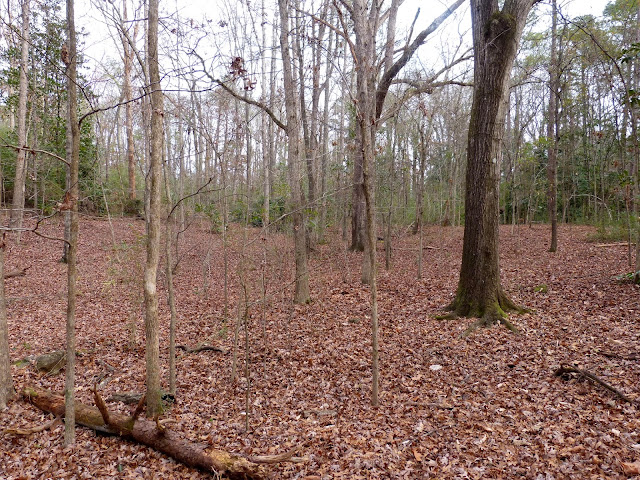 Some flatter land. Much of Athens would have been built on land like this. 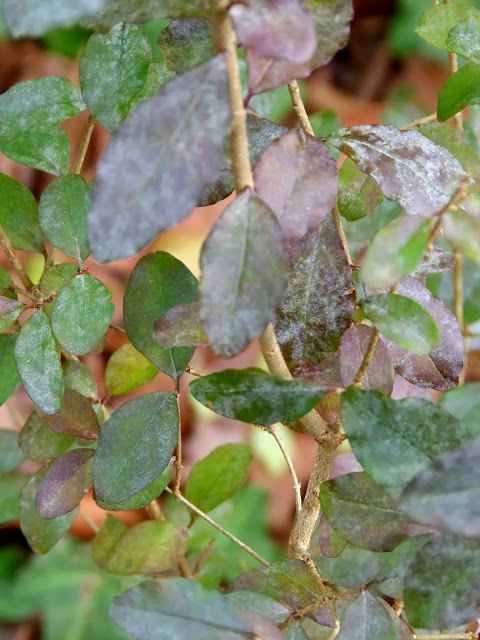 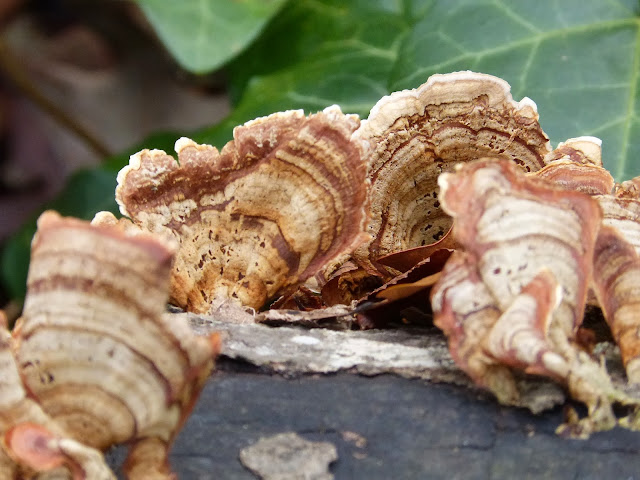 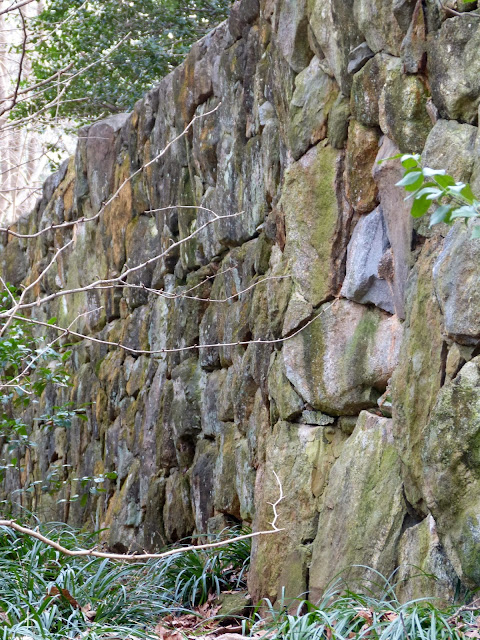 At the highest point on the walk you come to a wall. It was built by a bloke called Fred Birchmore who was a renowned local adventurer who died in 2012 aged 100. He rode around the world on a bicycle in the 1930's and you can read about it here. 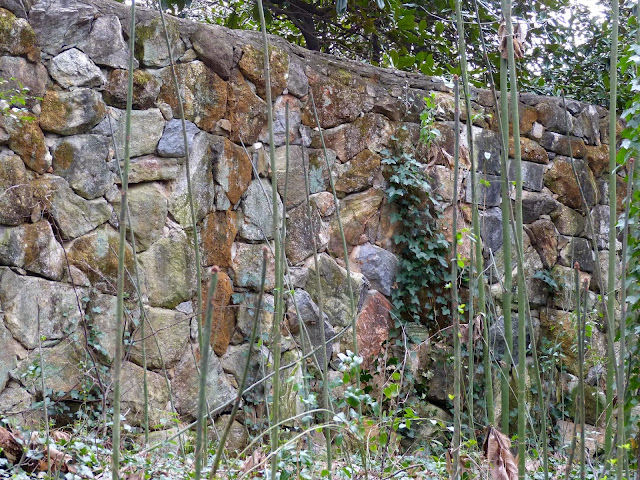 Birchmore started to build the 'Great Wall of Happy Hollow' when he was 75 and it took him over five years. I suppose that means I have a few more years to think about emulating his feat. It took 12 train box cars of large rocks. 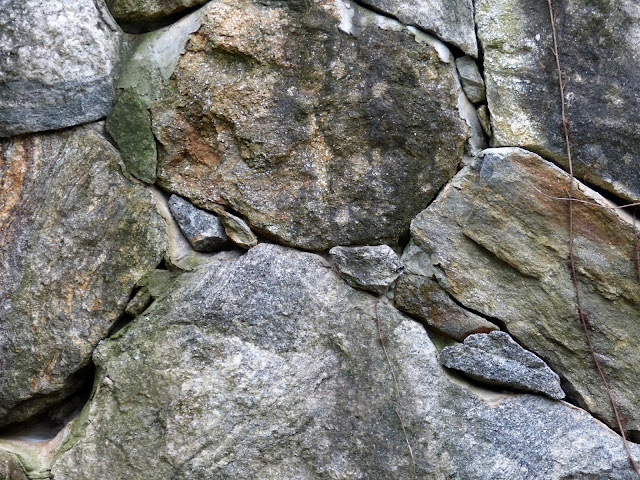 It is a beautifully constructed wall. 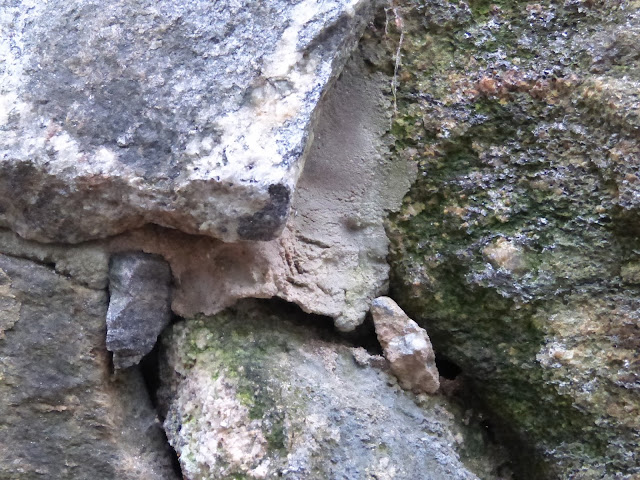 At first I thought there was no mortar to hold it together like the stone walls in Cumbria and Yorkshire but he did use some mortar. 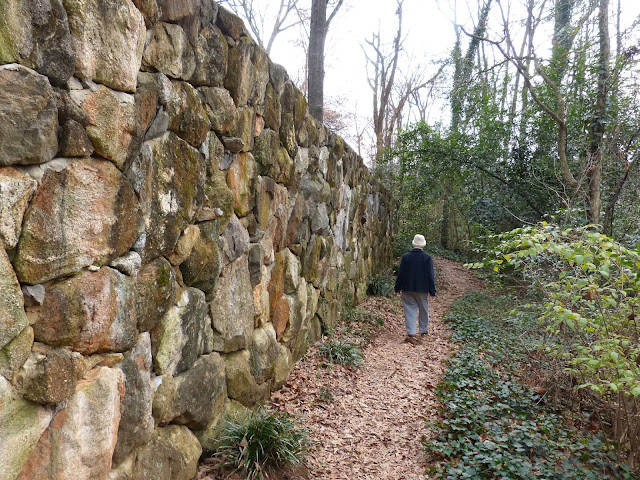 To give you some idea of the height. 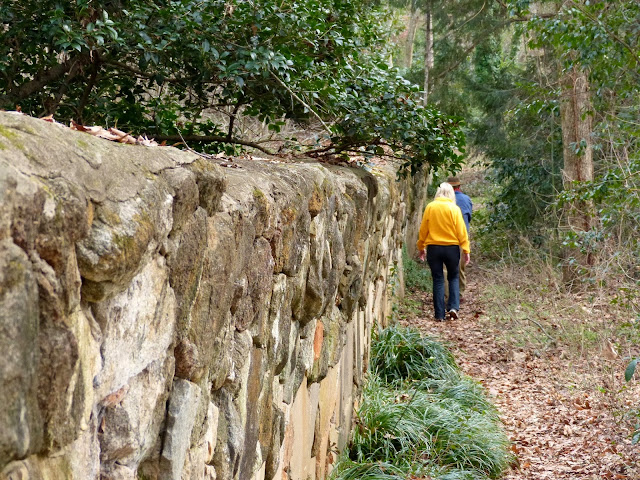 Looking up to his white house on the left. The wall surrounds his property. 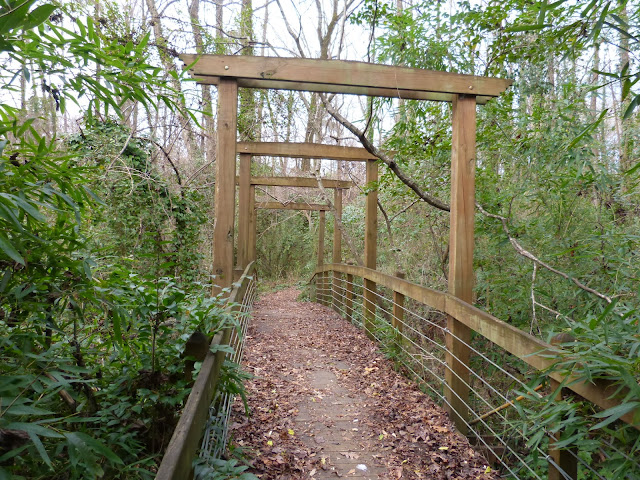 Finally a very elegant bridge with a curved deck that reminded me of the famous bridge at Monet's Garden.

The walk is probably only about a mile long but it was a very pleasant walk.