Pittsburgh - a walk around the former Homestead Steel Works

My friend Larry enjoys walking as much as I do so he invited me to go on an organized walk at the site of the former Homestead Steel Works in Pittsburgh. The walk was organized by a group called Venture Outdoors. It's mission is to encourage people to get off the couch and go outside for some physical activity. In addition to hiking, they also organize kayaking, hiking, biking, snowshoeing, fly fishing, cross country skiing, and geocaching trips.

To make the outing more enjoyable, they started and finished the walk at a craft beer pub, the Blue Dust. Now that is a good idea. 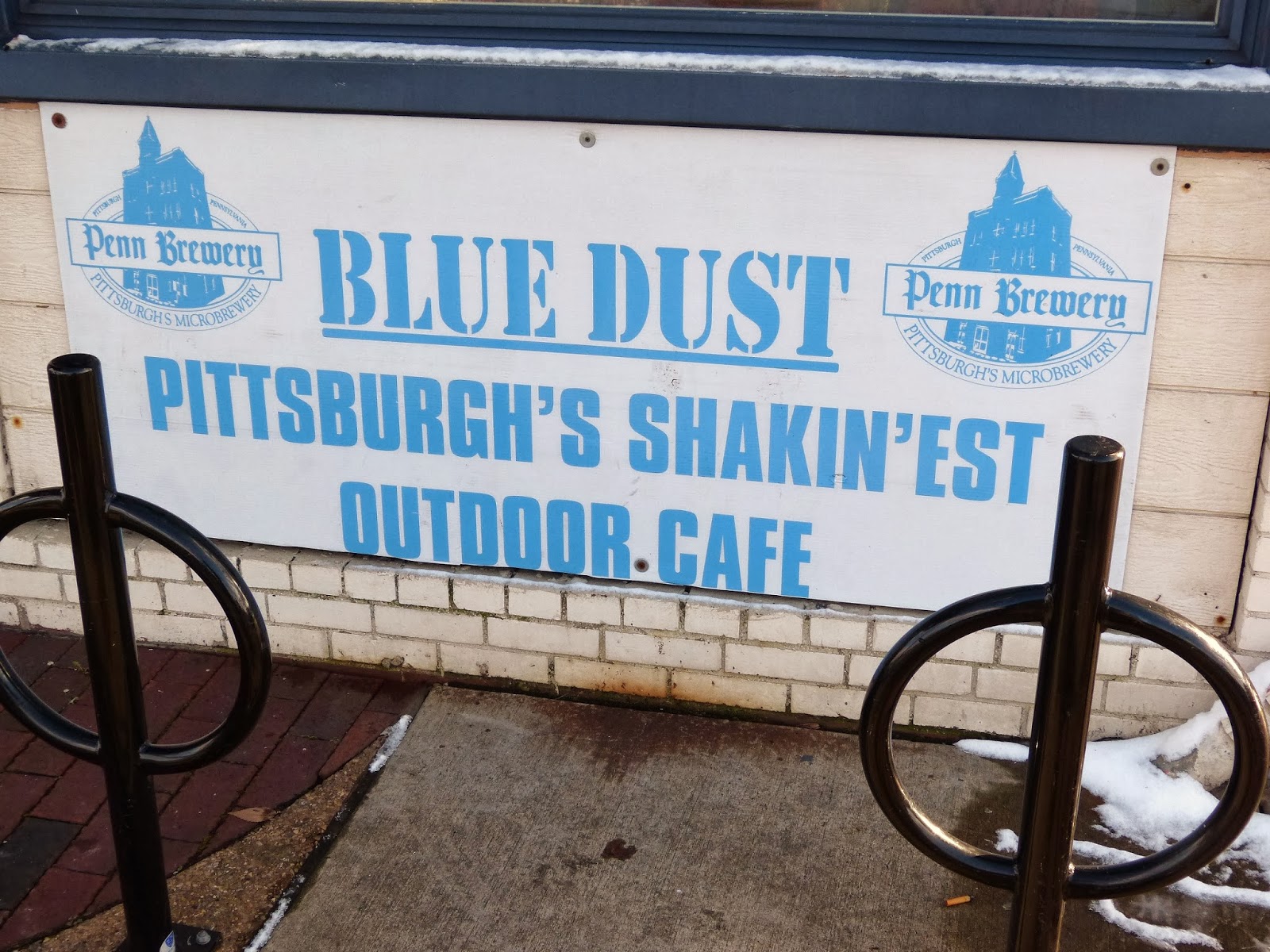 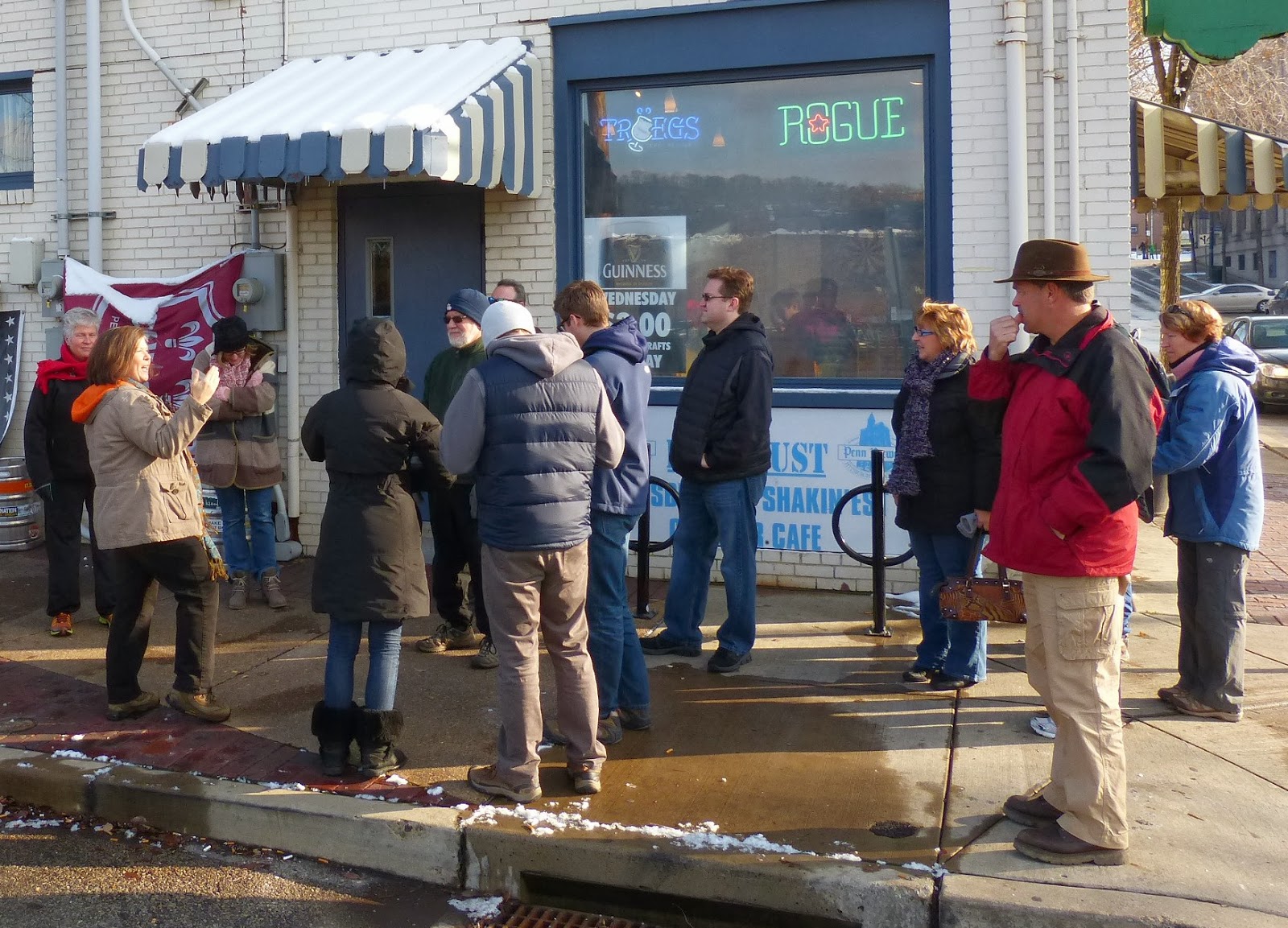 The woman who was leading the group gathered us outside the pub to introduce ourselves. Along with our name and where we came from, we had to specify our favorite beer. I nominated the one in the glass in front of me.

Actually I think my answer was reasonable. It depends on where you are drinking the beer and in general, the local beer suits the local conditions. A Black Sheep is appropriate in Yorkshire. A very cold gassy Victoria Bitter is perfect at the end of a hot day in Australia. 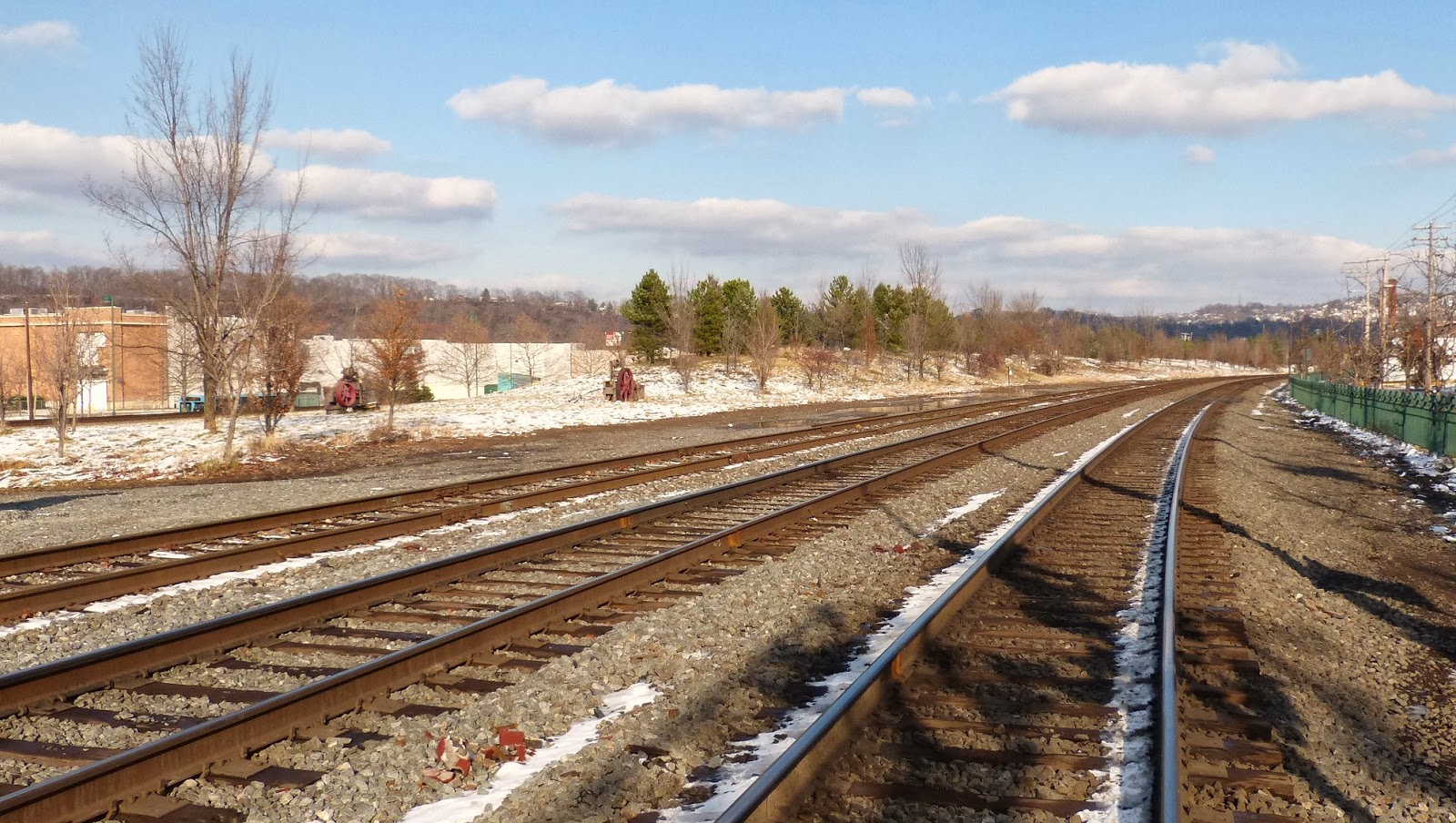 The pub is right beside the train lines. Apparently 80 trains go past every day. 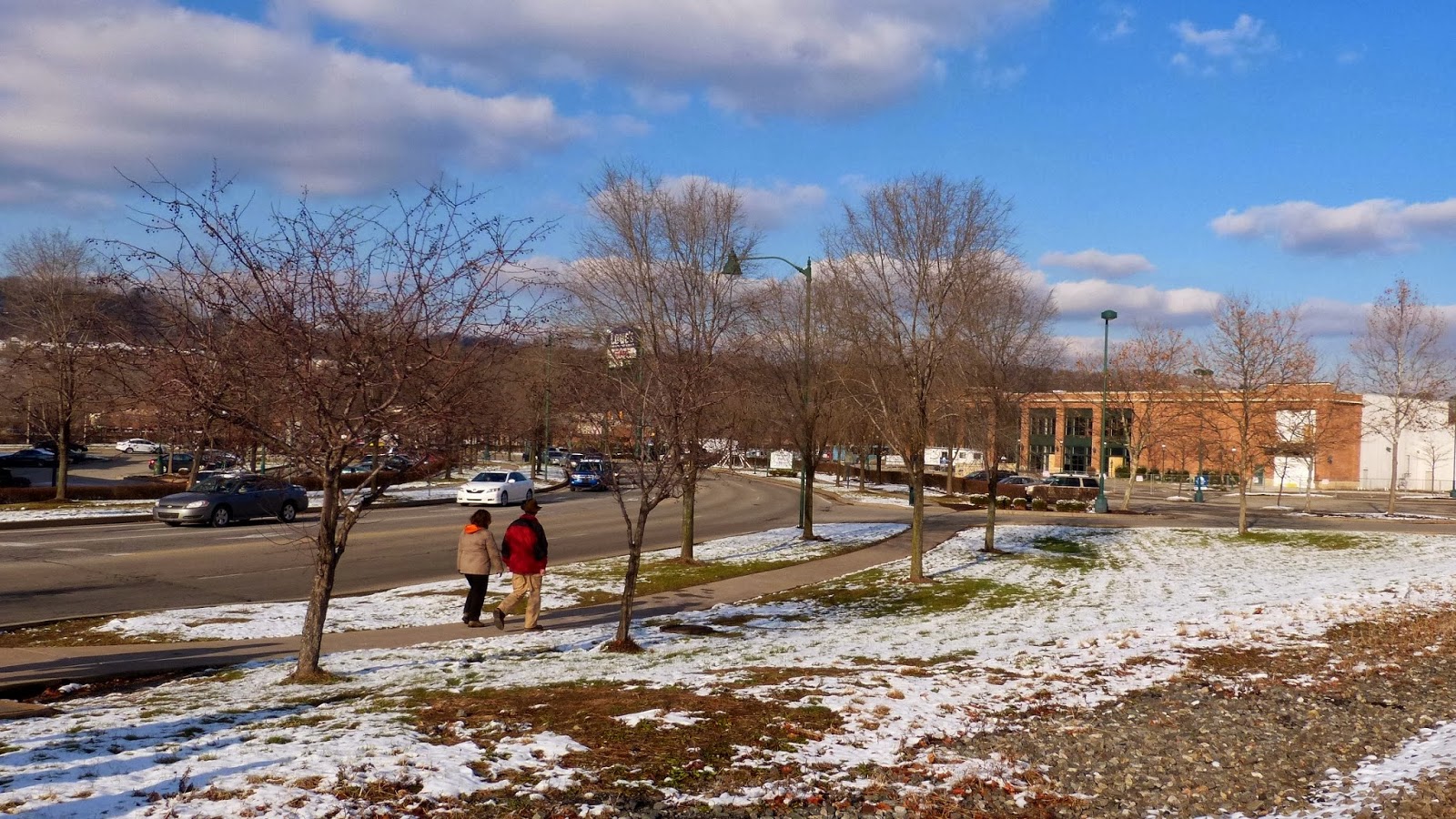 The steel works have been replaced by a shopping mall which we had to go through to get to the river. 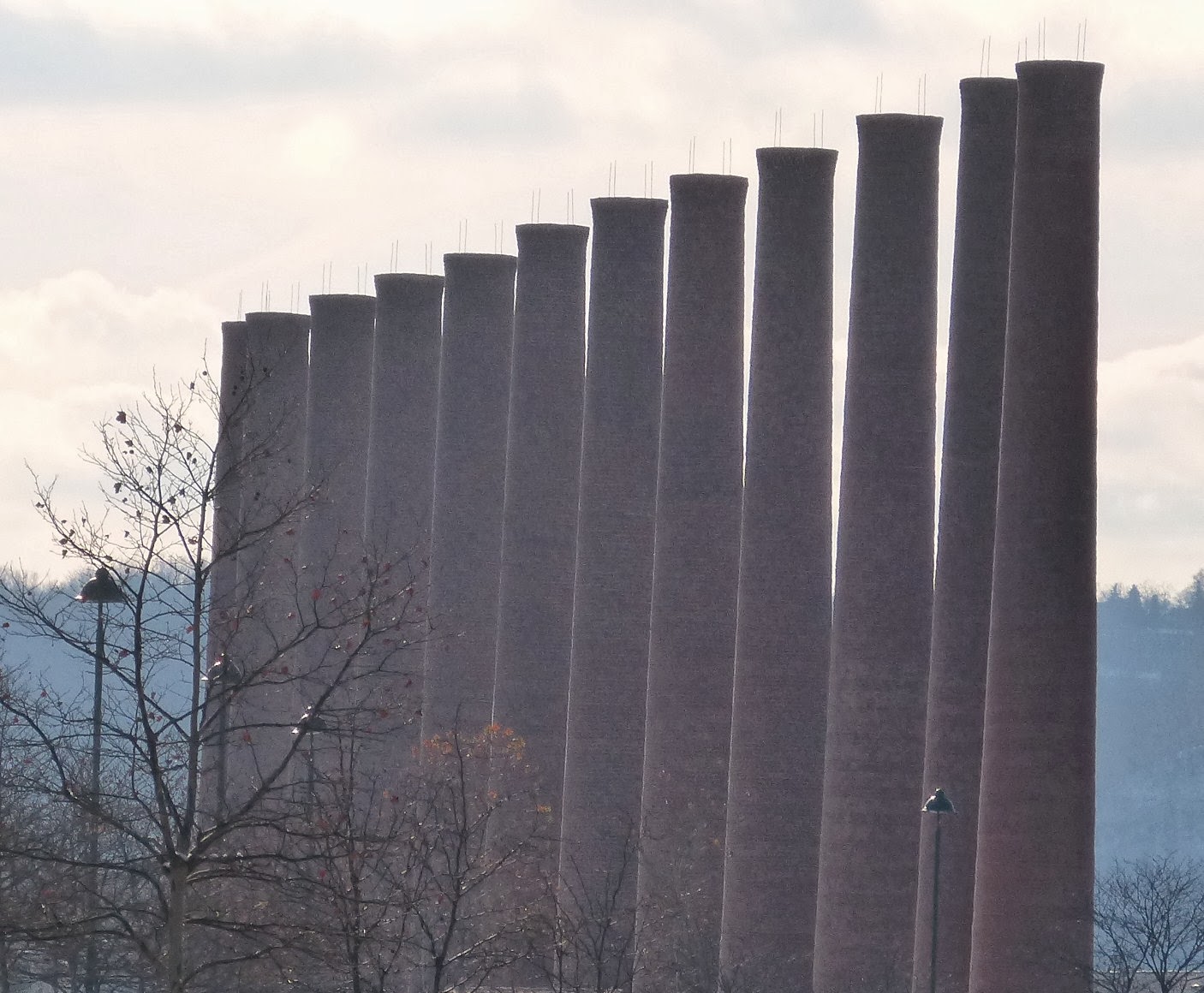 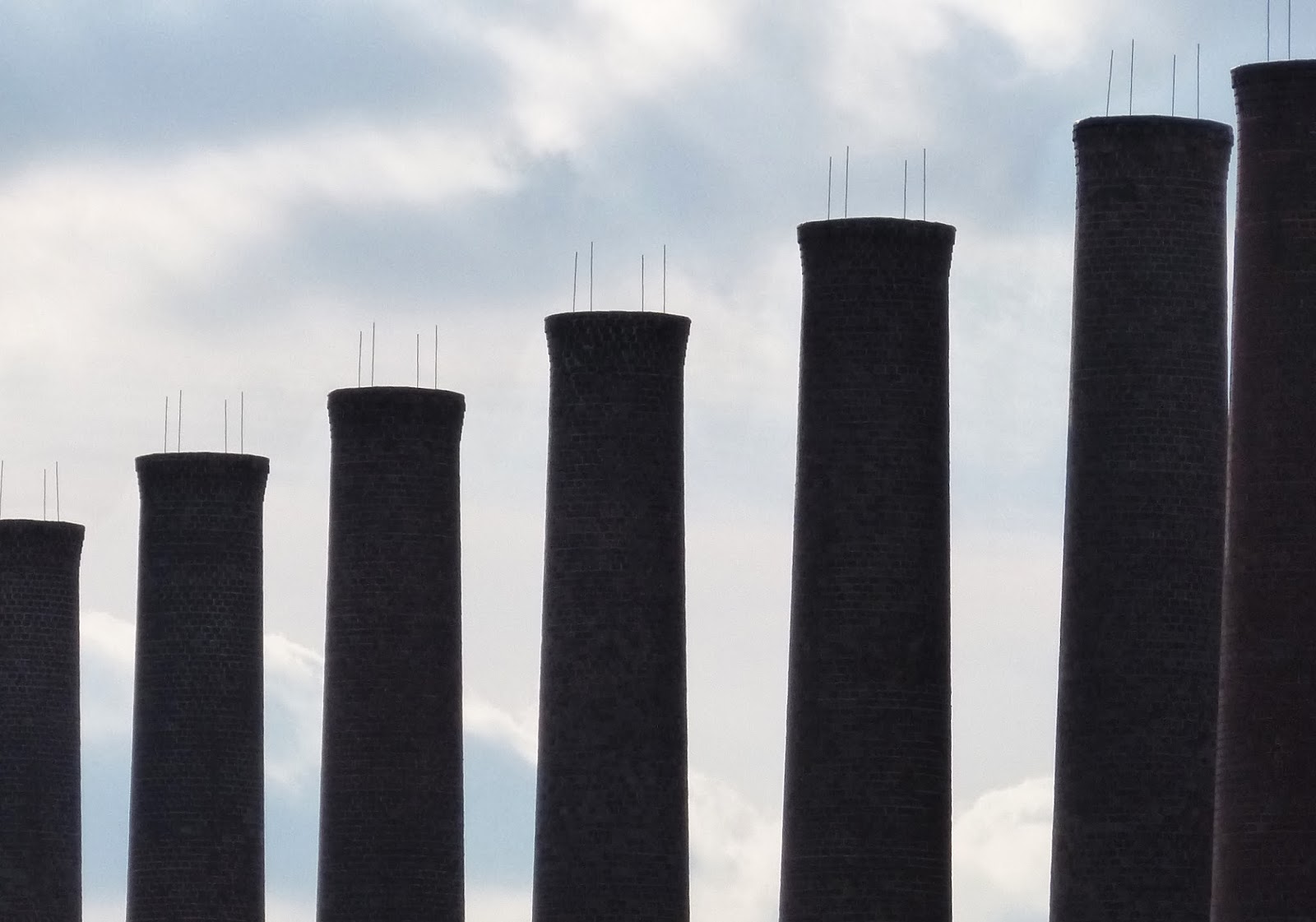 Old chimneys that stand in the parking lot. 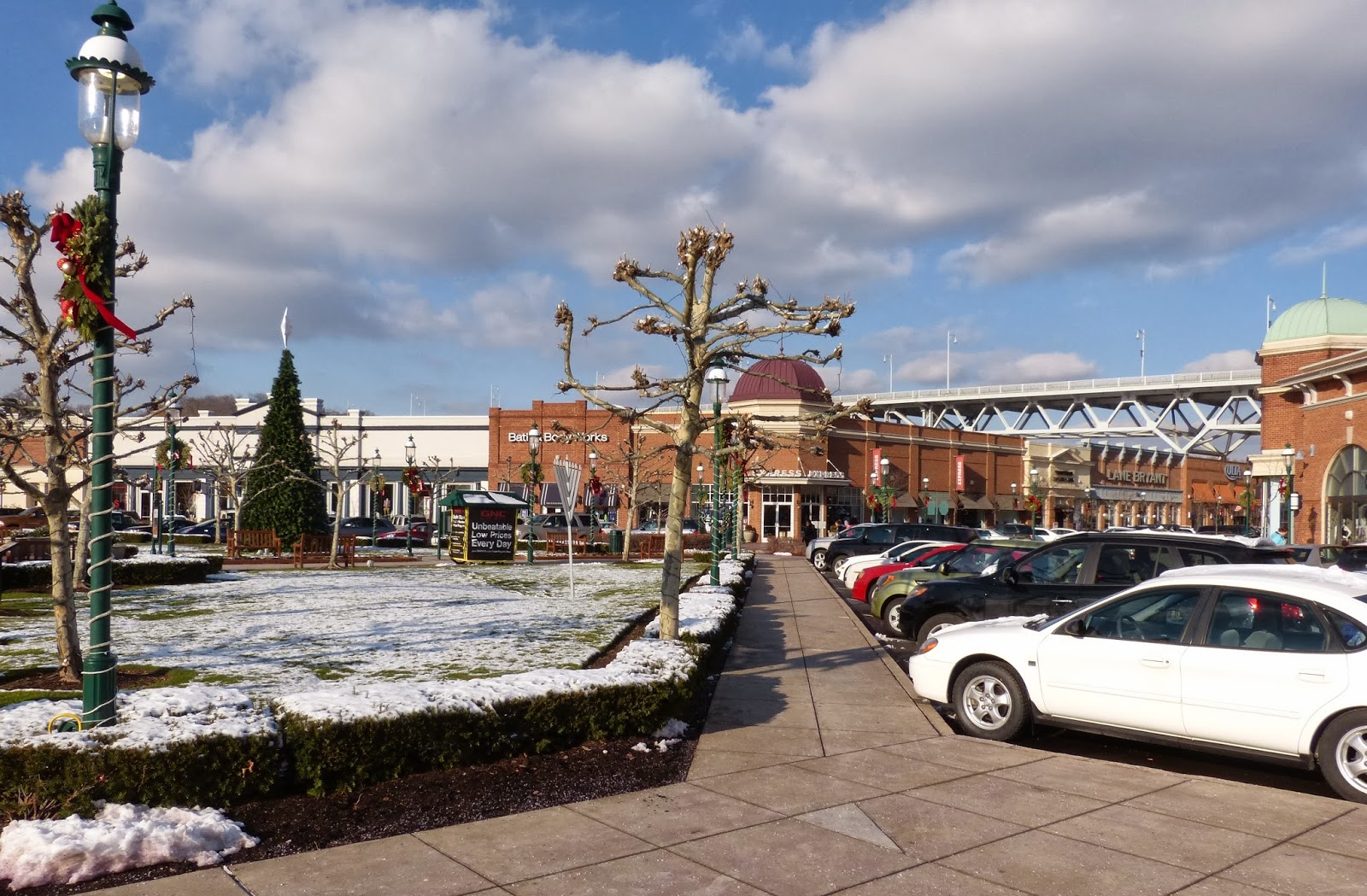 I remarked to Larry that I have only seen shopping malls like this are very American. Aussie mall are mostly enclosed and built with parking under the building to protect cars from the hot sun. I can't remember seeing anything like this kind of mall in Europe. 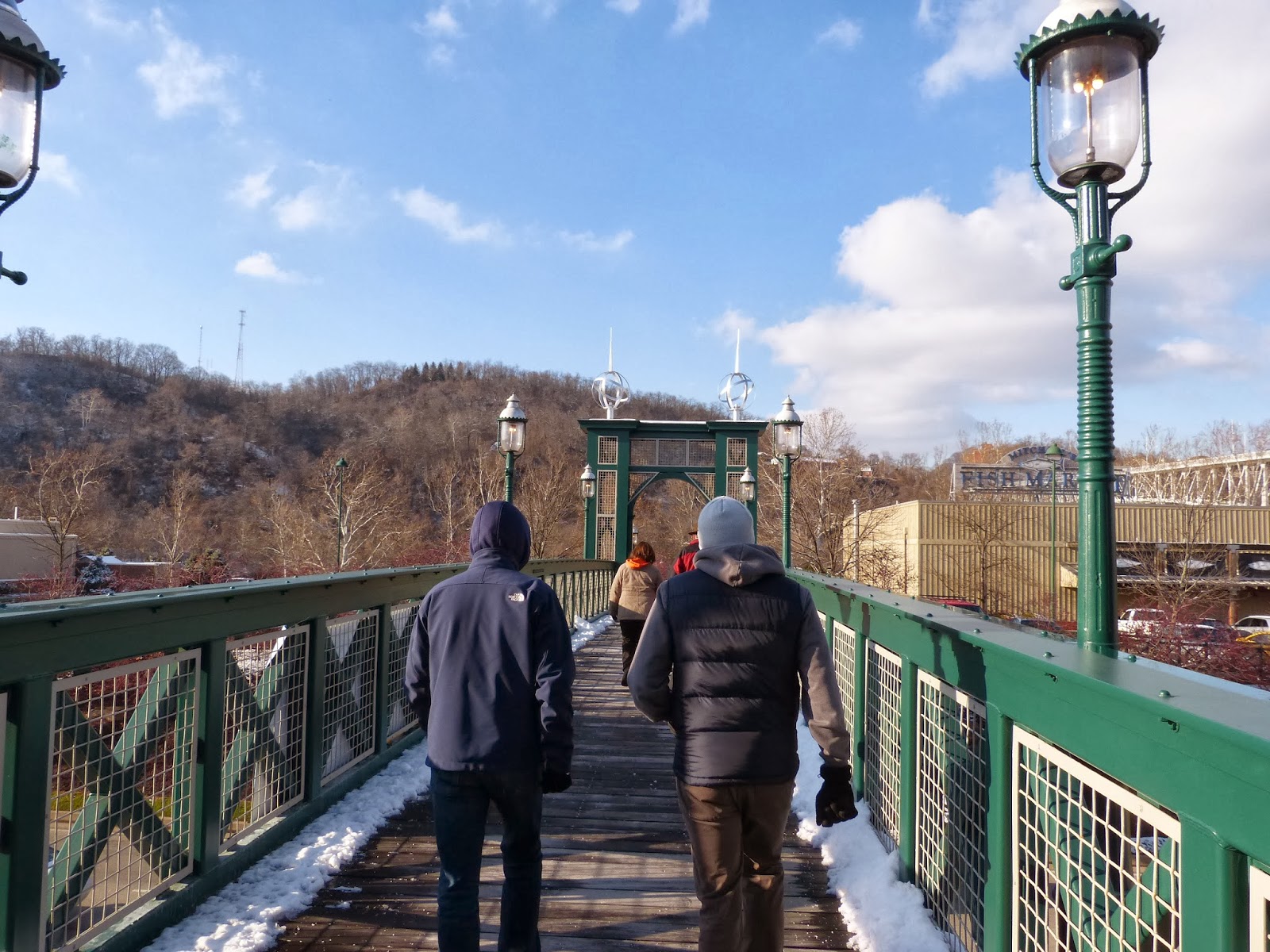 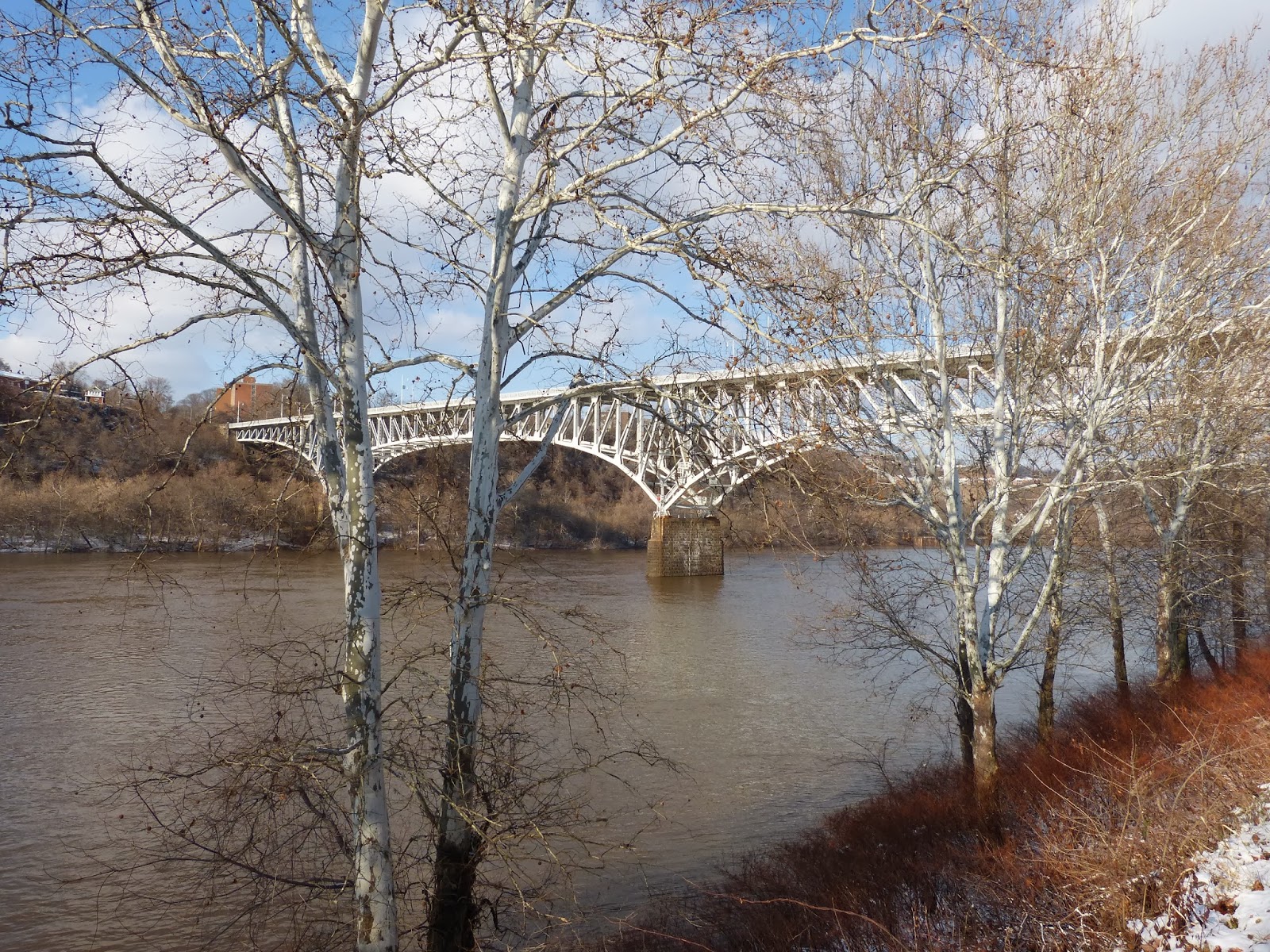 Eventually we came to the Monongahela River. We headed east. 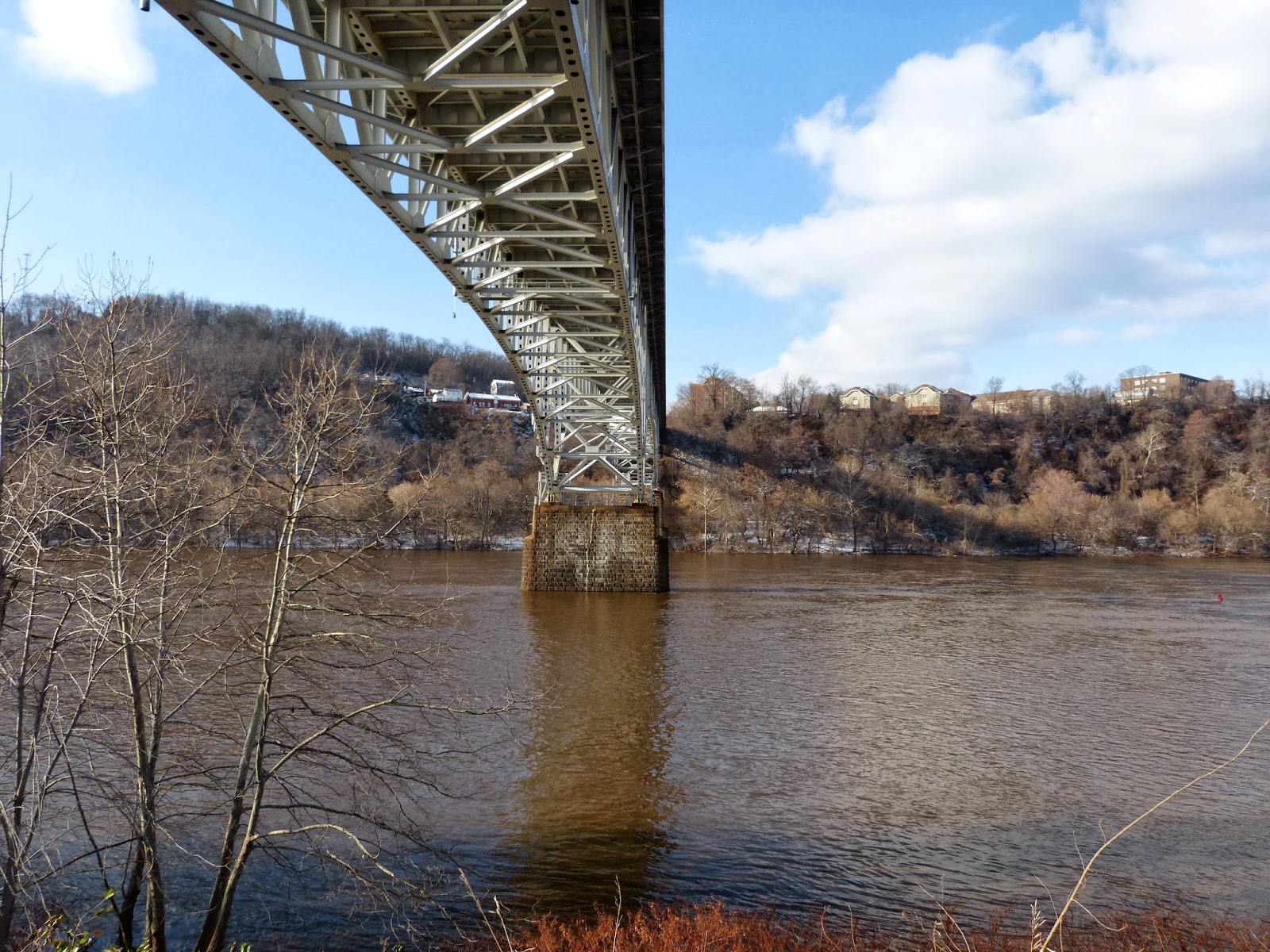 There are lots of bridges over the rivers here. I reckon they all should be painted in different colours like a rainbow. 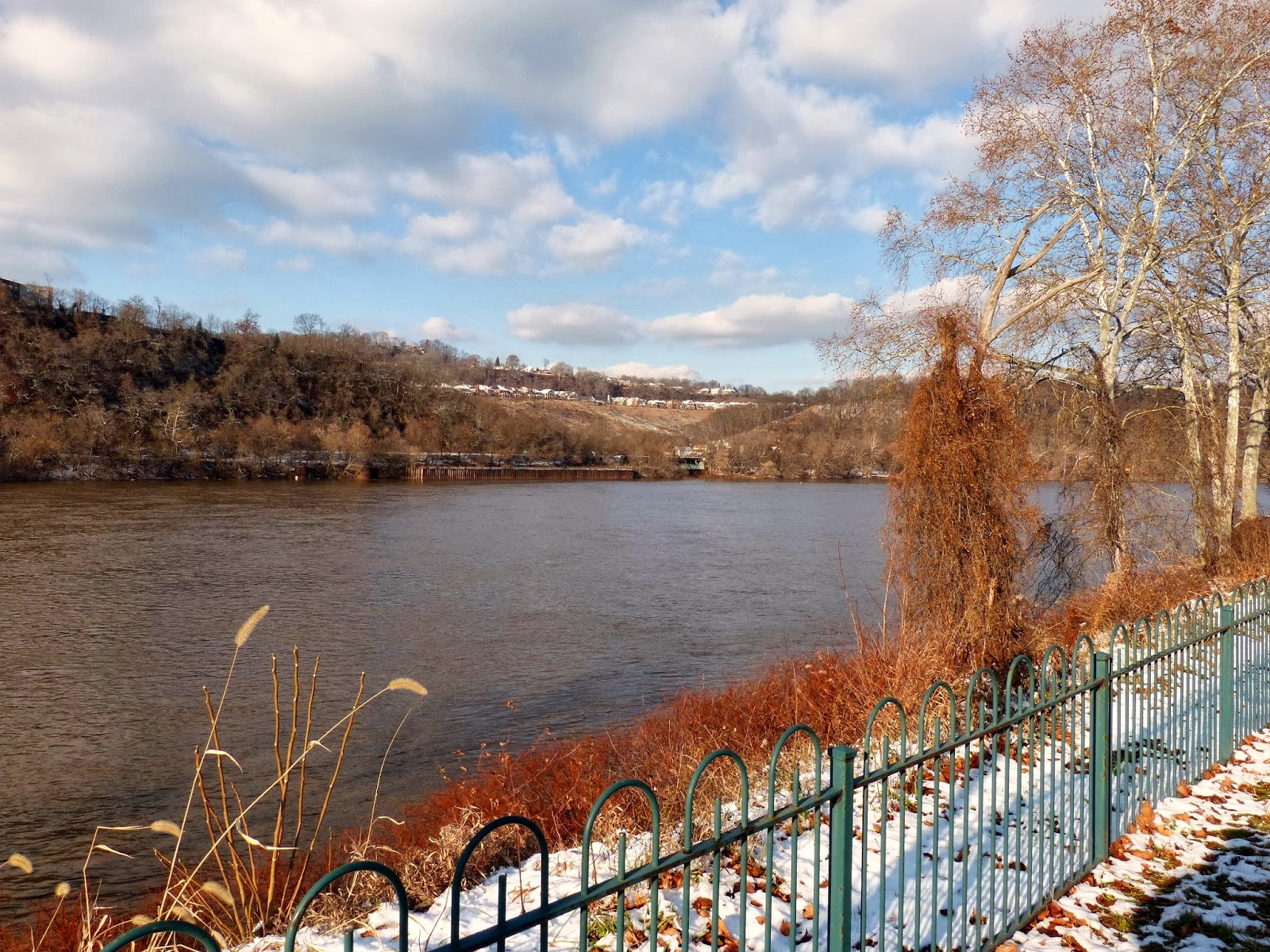 Our group leader told us some of the history of the steel works. You might find the article about the Homestead strike interesting. The battle of July 6, 1892 occurred here.

A large steel ladle that would transport molten iron to the blast furnace. 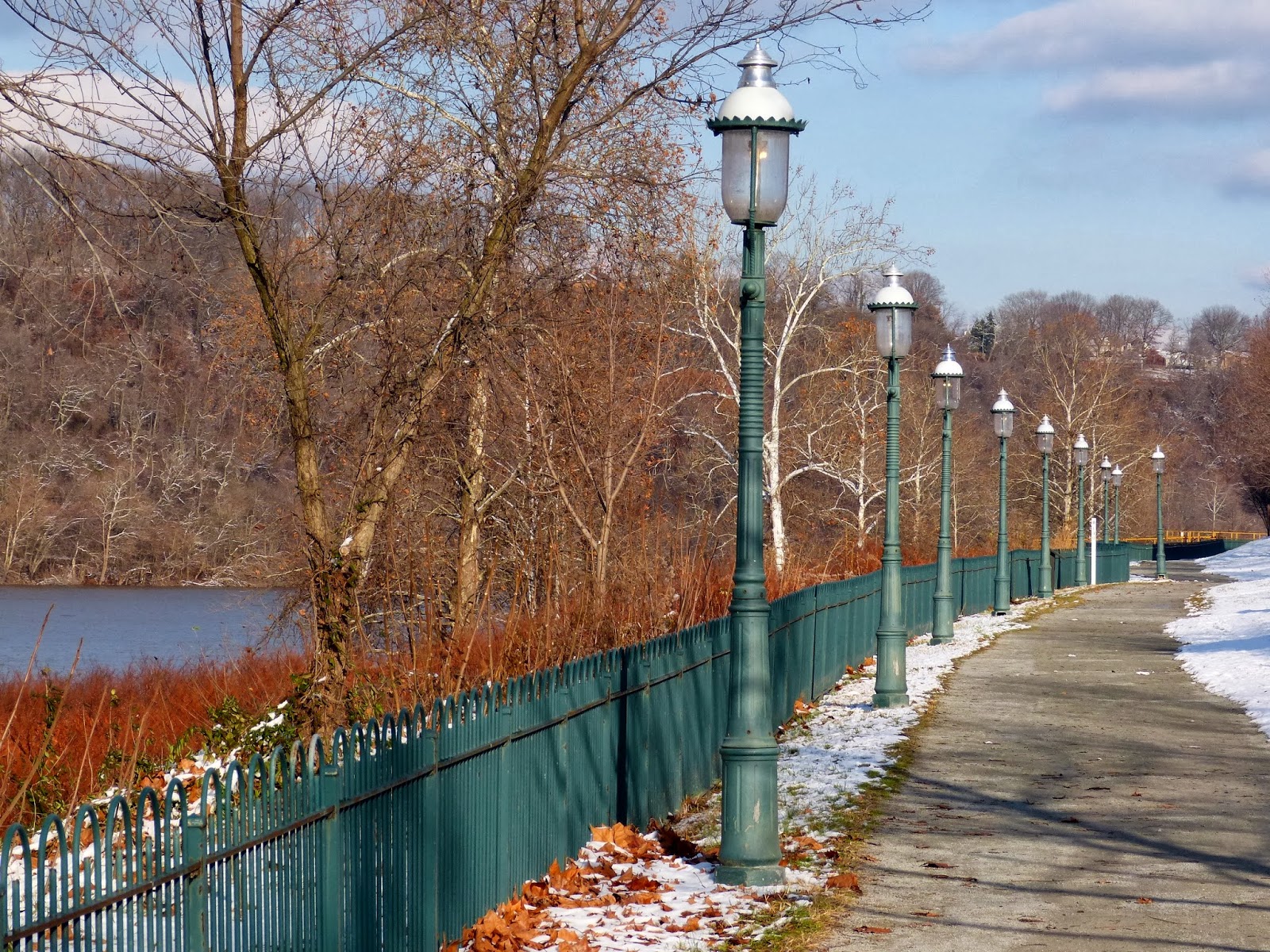 The path followed the river bank. I suspect there used to be a railway line since it is flat and level. 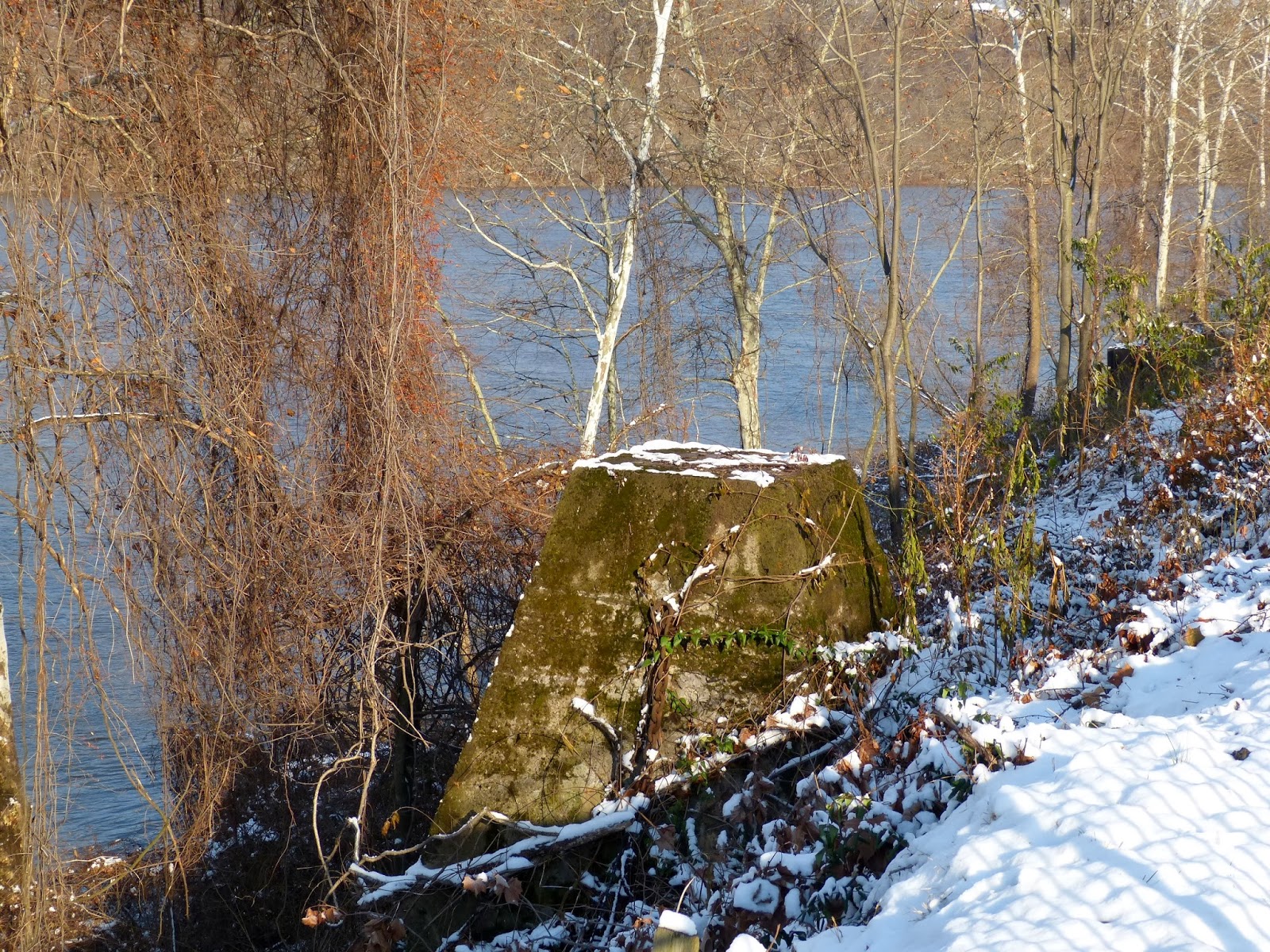 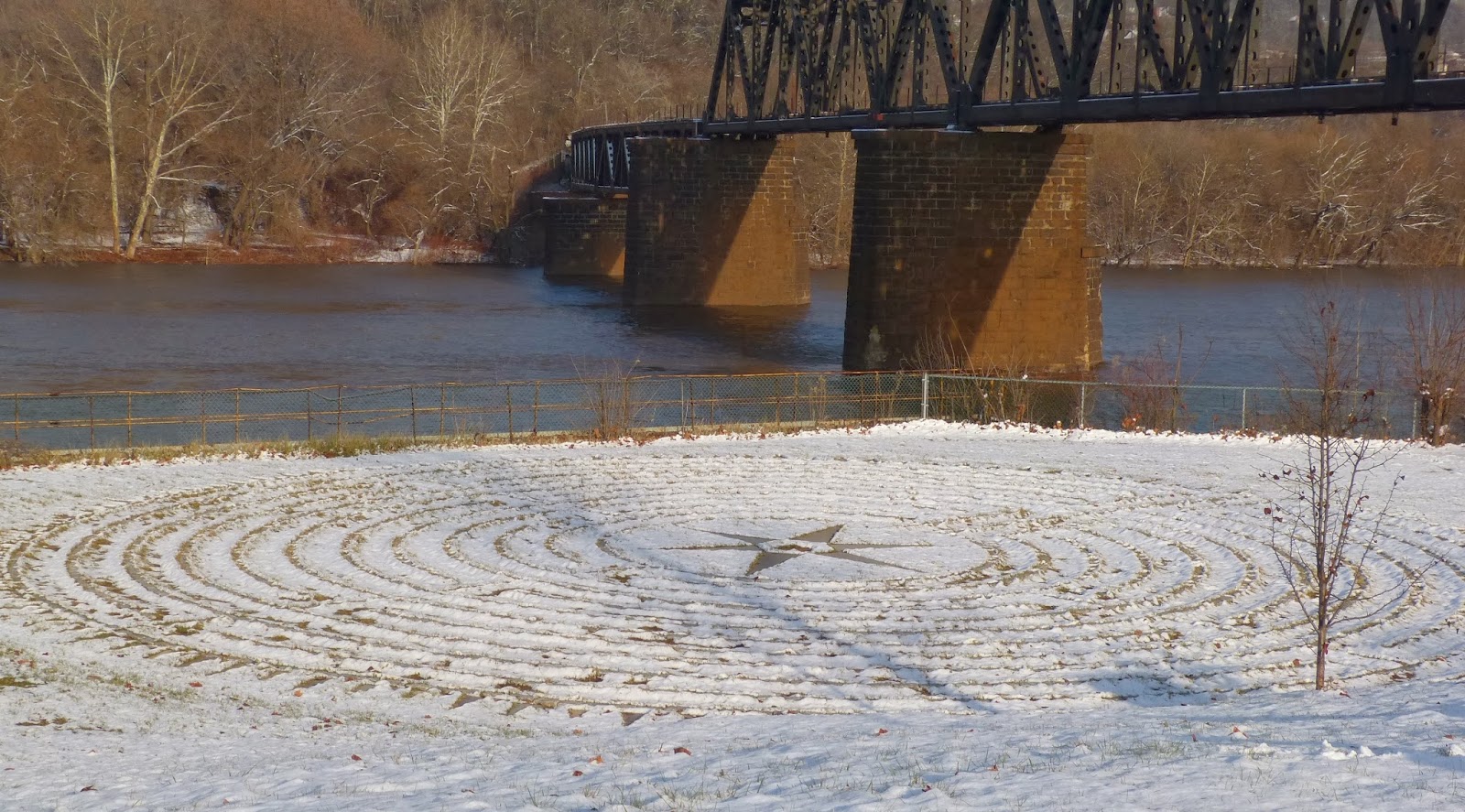 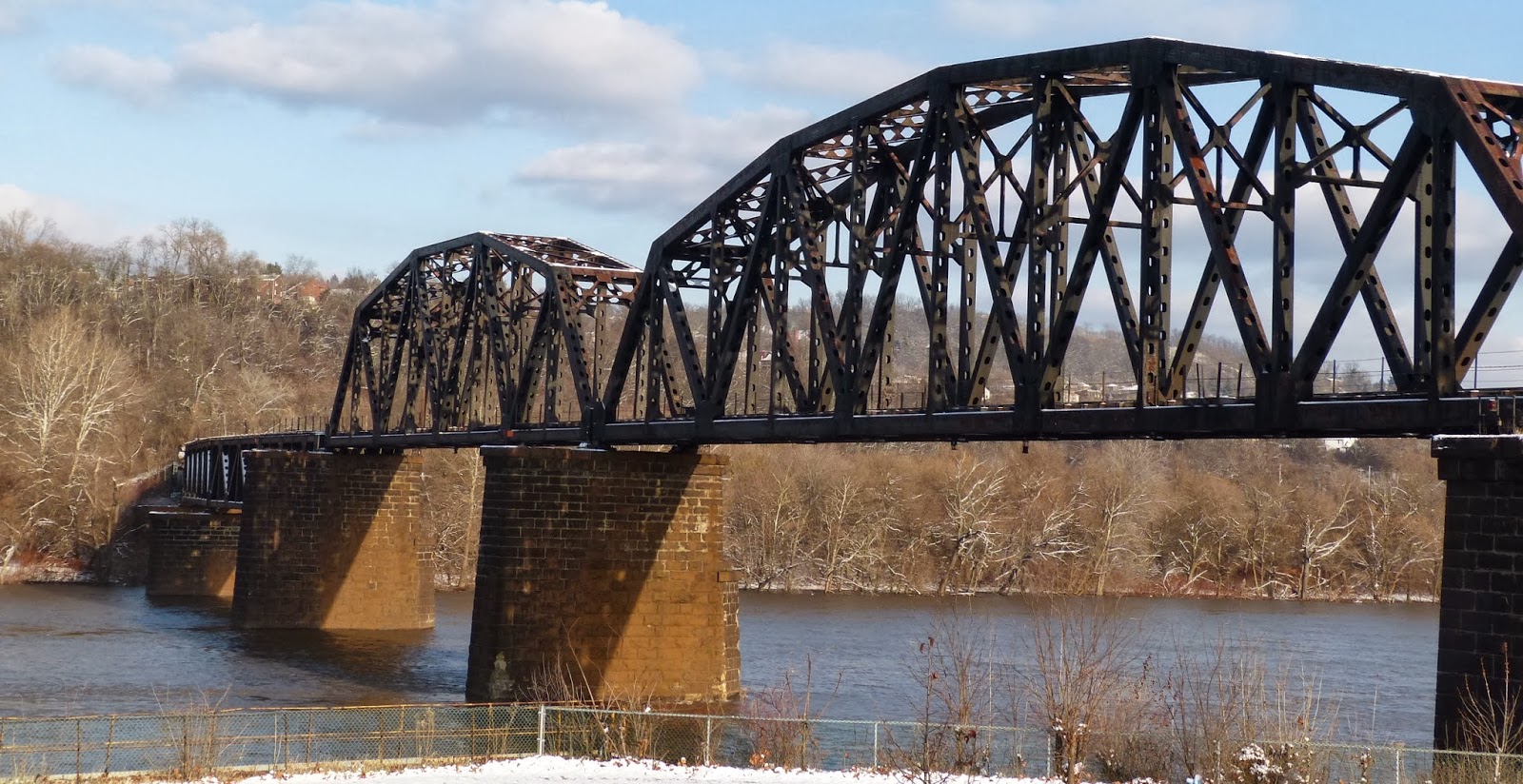 There is not much left of the steel works. These are the only buildings as far as I can tell. 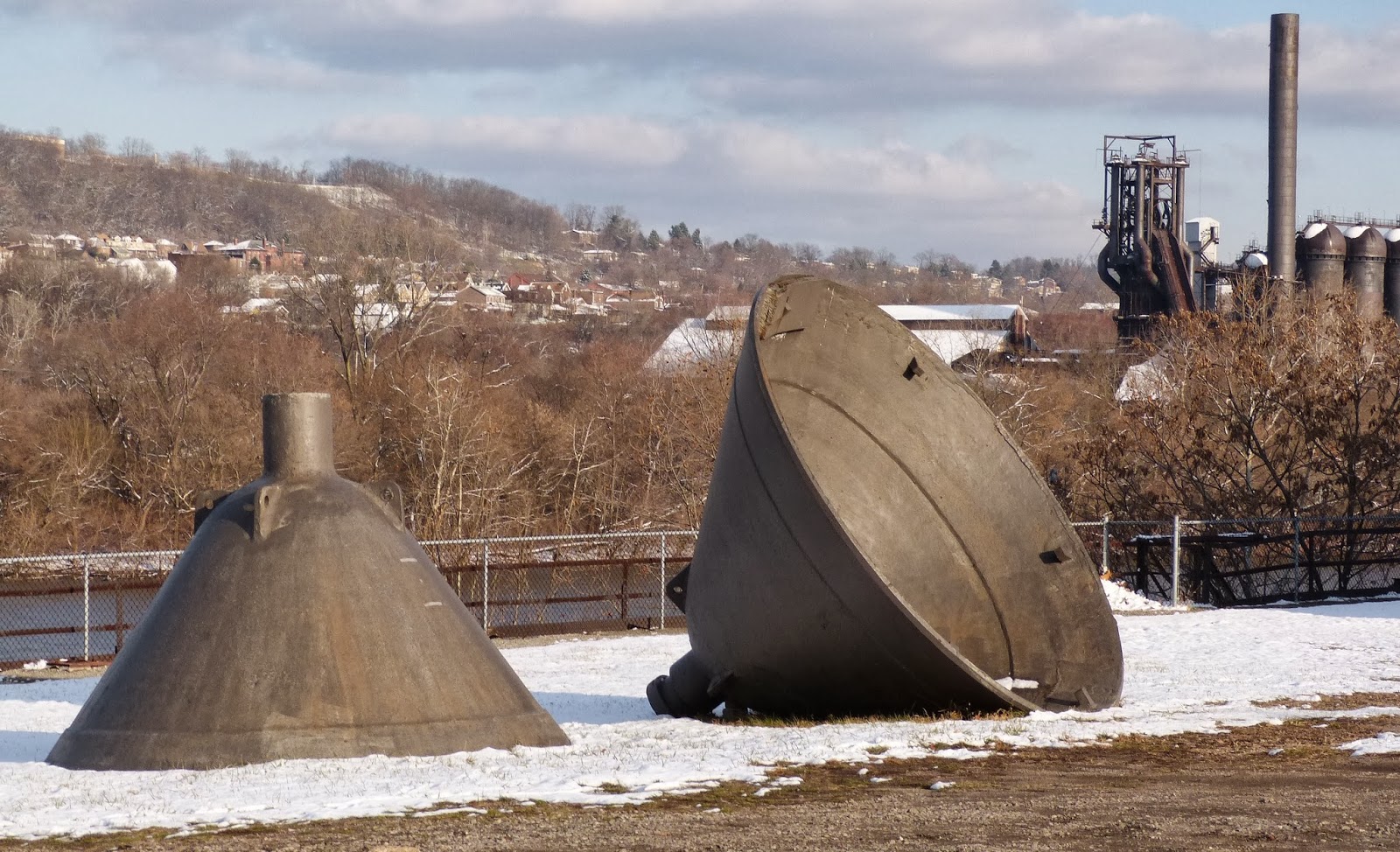 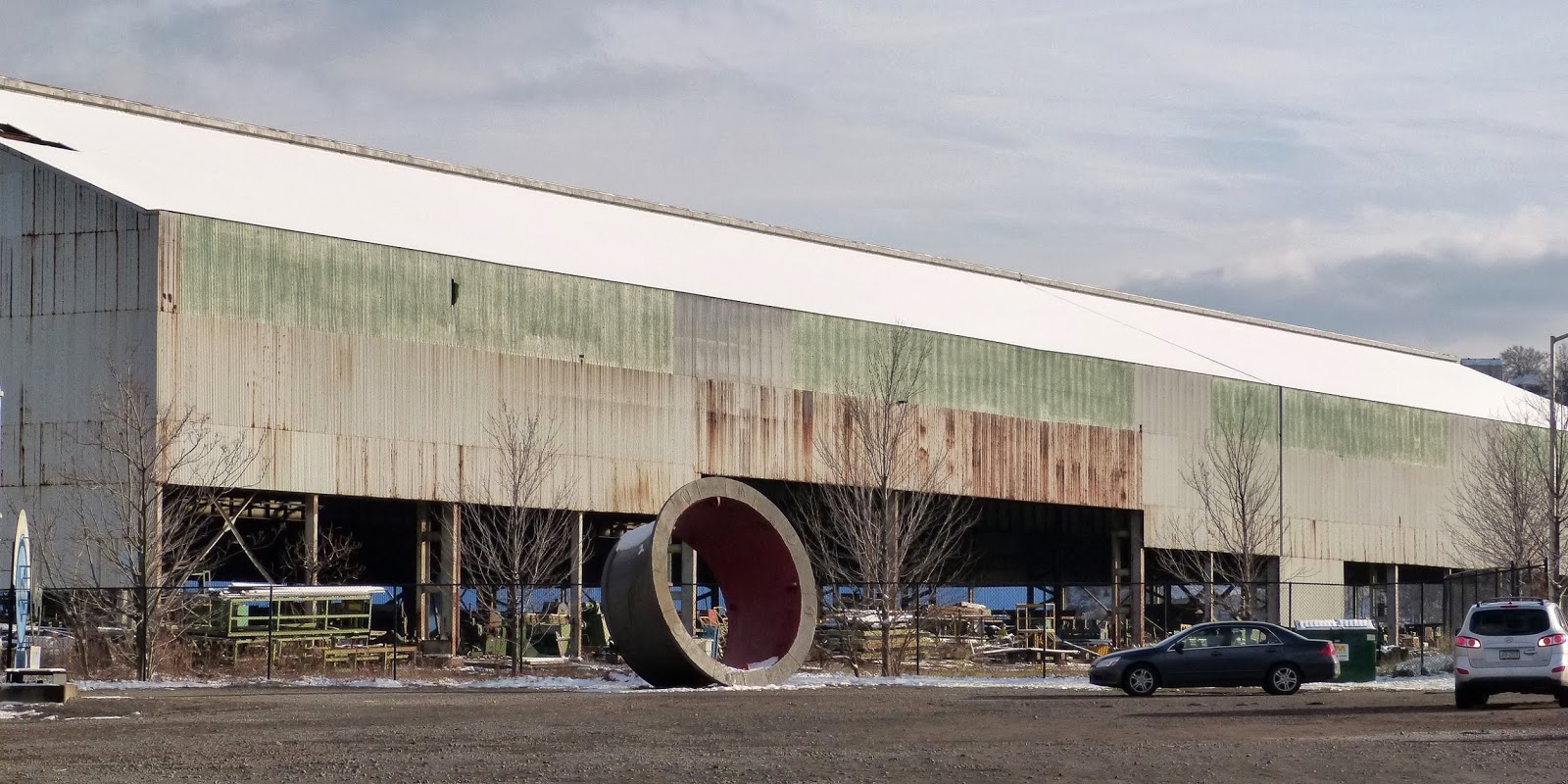 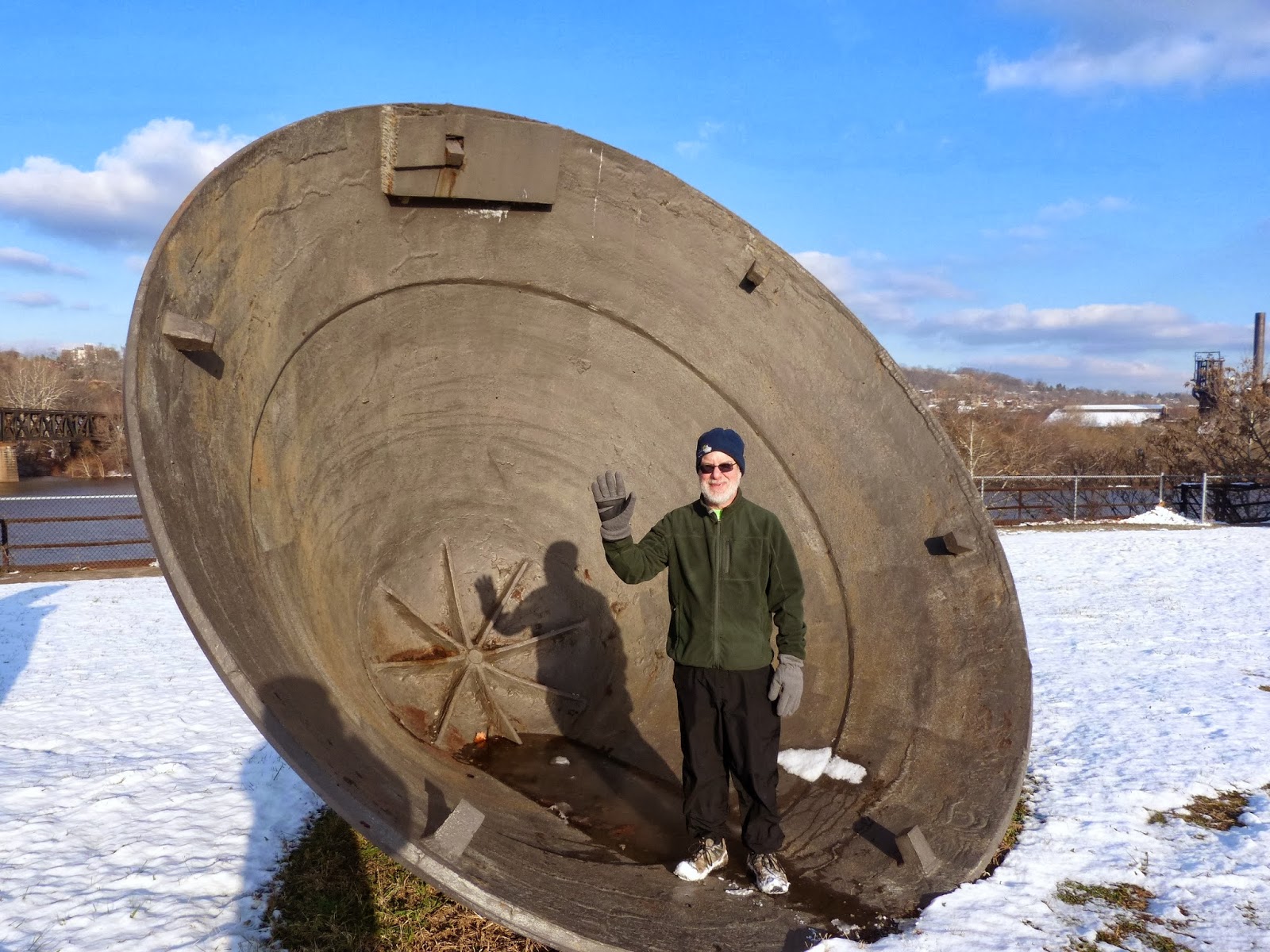 Larry gives you an indication of just how large these funnels are. 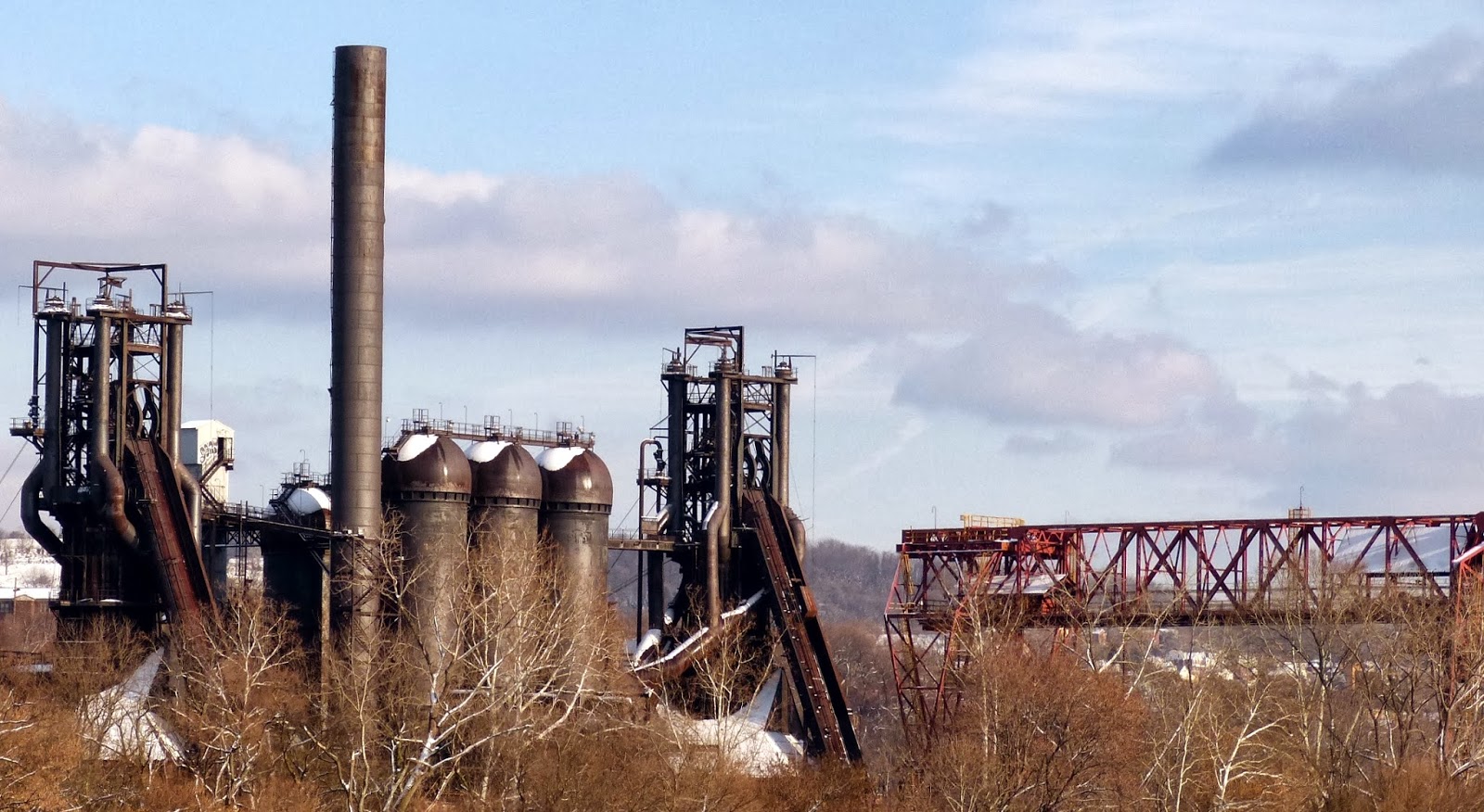 A blast furnace on the other side of the river. The ingredients for making steel would be taken up the conveyor belt and dumped into the furnace. 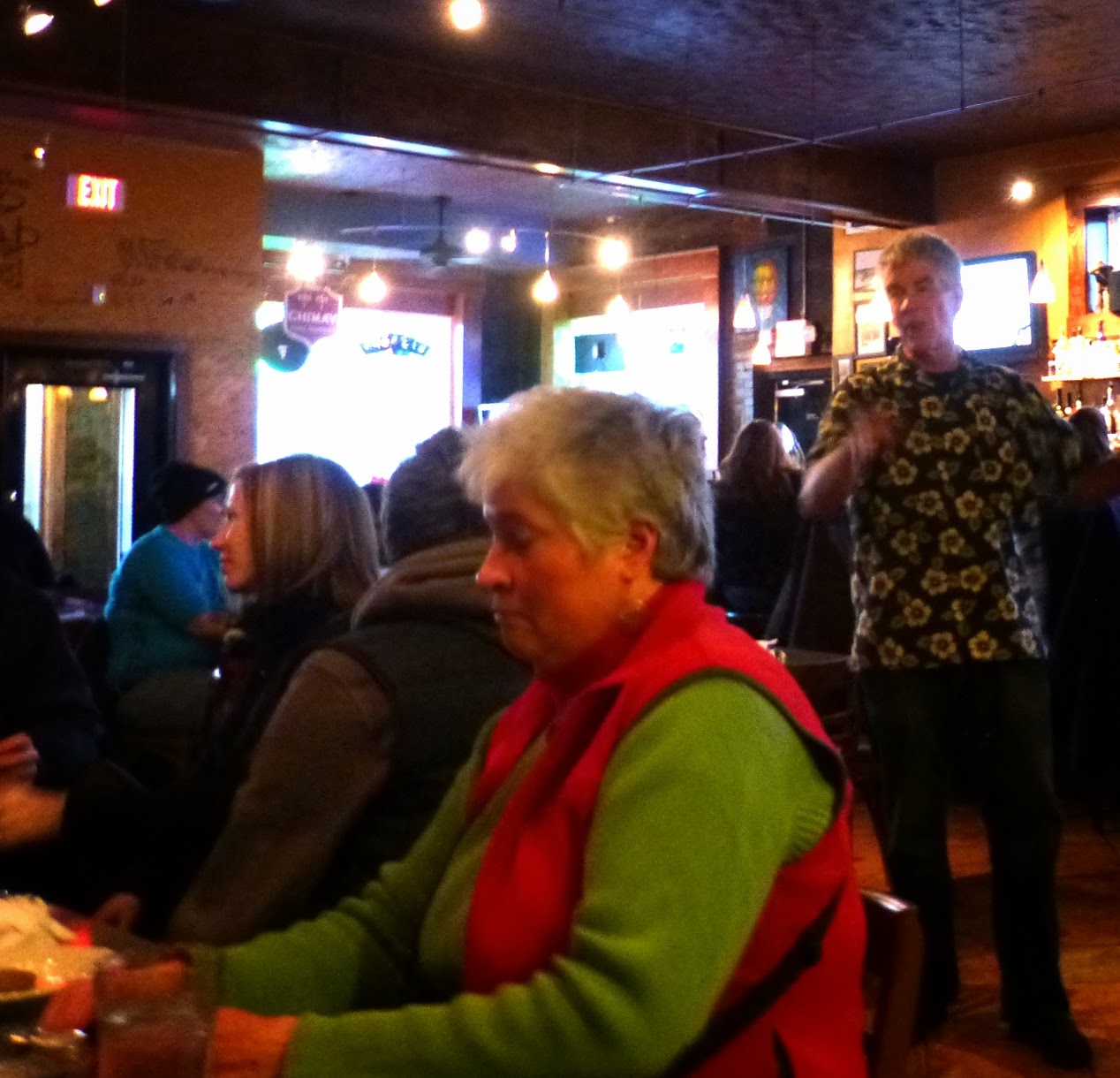 We eventually made it back to the pub a bit early and the group sat down at a couple of long tables. We tasted fours beers of different types and also feasted on several items from their starter menu. Not a bad way to end a walk on a very cold day.