My 50 year high school class reunion is on this year and the organizers had kindly arranged to hold it while I was in Australia. We are looking after the dogs in Marrickville so Marianne remained in Sydney and Robin flew up to Brisbane with me. We rented a Suziki Swift and headed off for the usual 'haunting' of Maryborough and Urangan at nearby Hervey Bay.

I told Robin that I was determined not to take photos since I keep taking the same photos each time I go there. You can see how well I kept that promise. 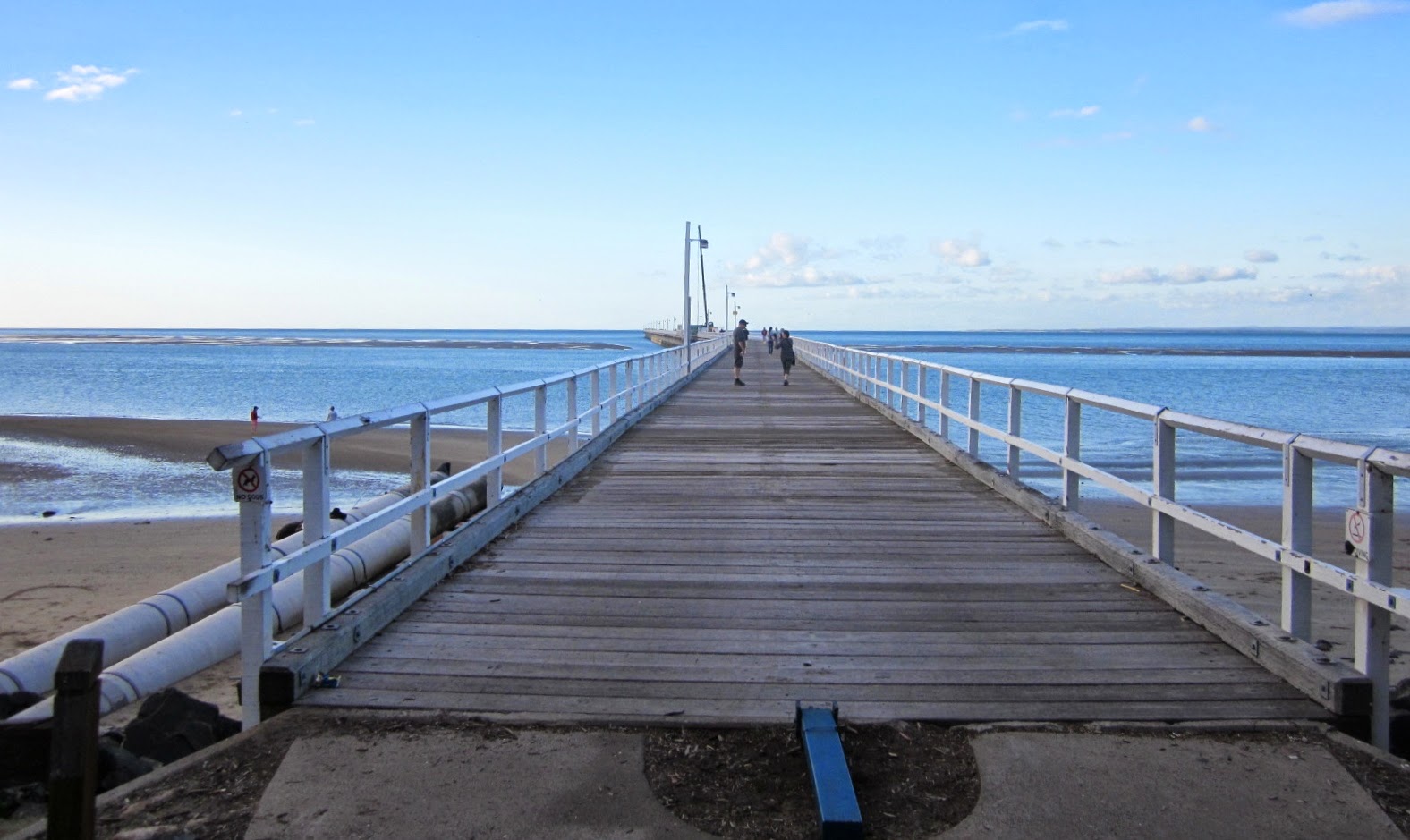 Each time, the jetty is the same but different.

The shape of the sand spits at low tide are different. 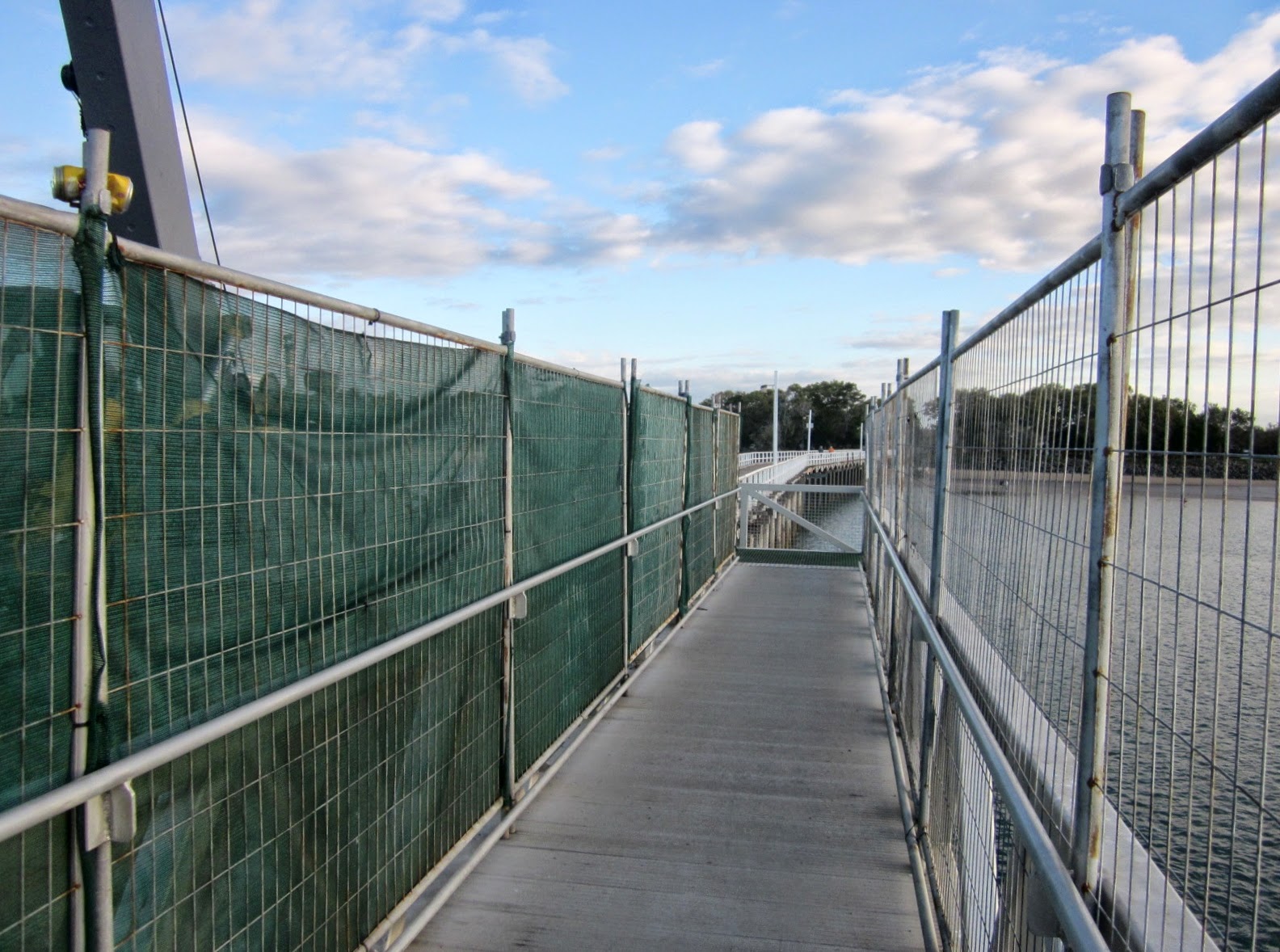 More work on restoring the jetty about 200 yards further out from the year before. 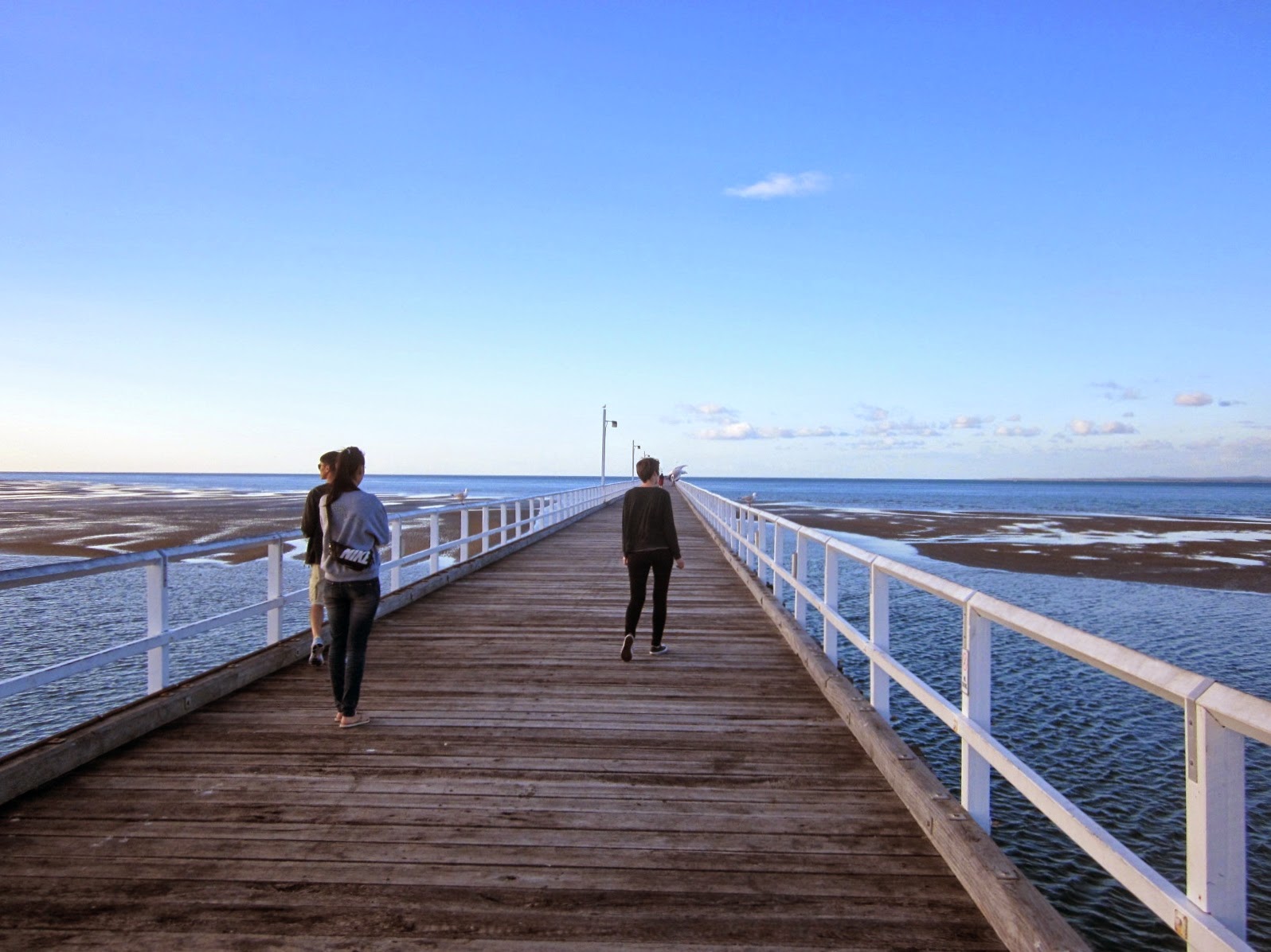 Robin strolls on ahead. She was really enjoying the trip and we had figured it was ten years since she had been there. 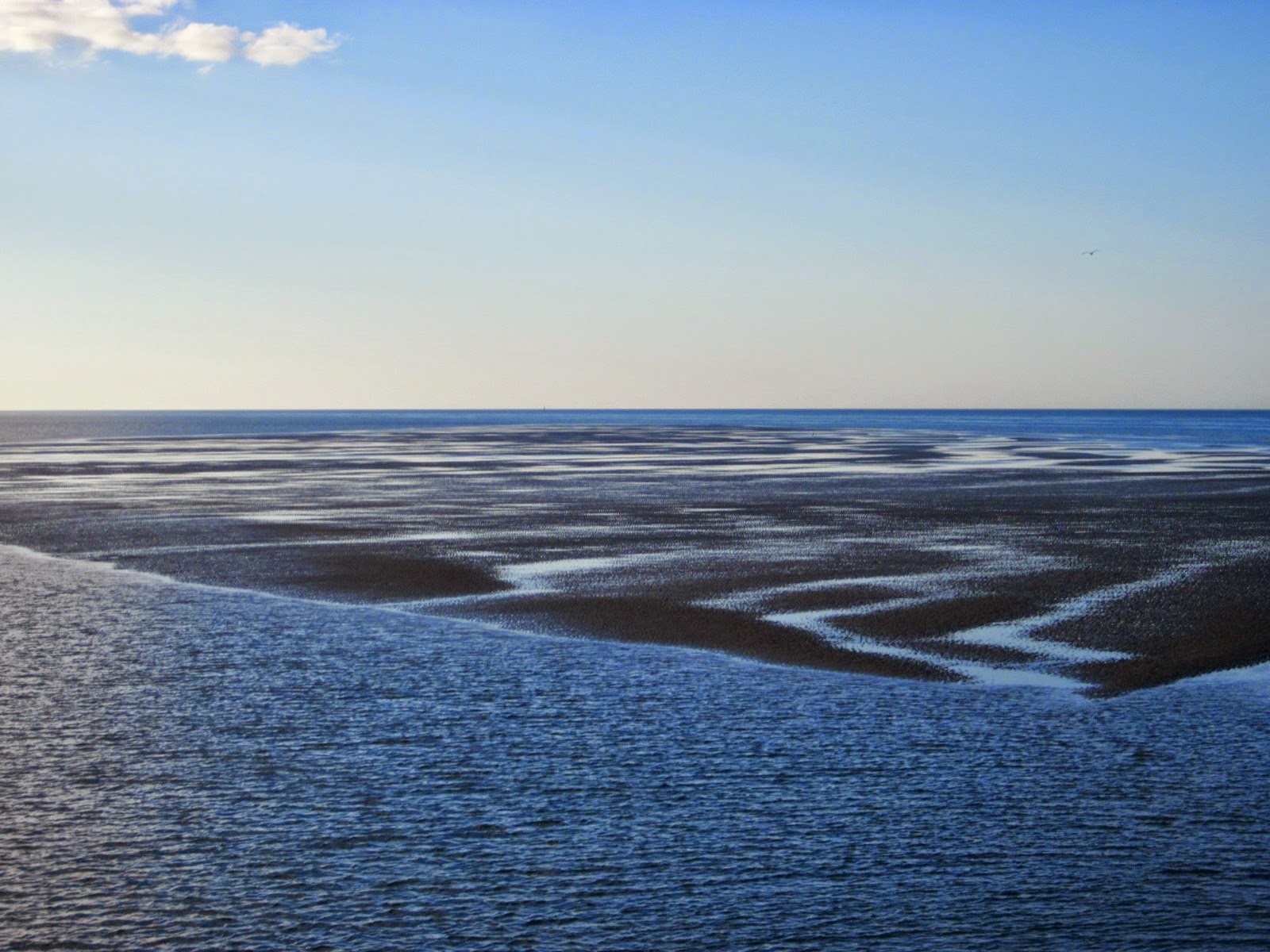 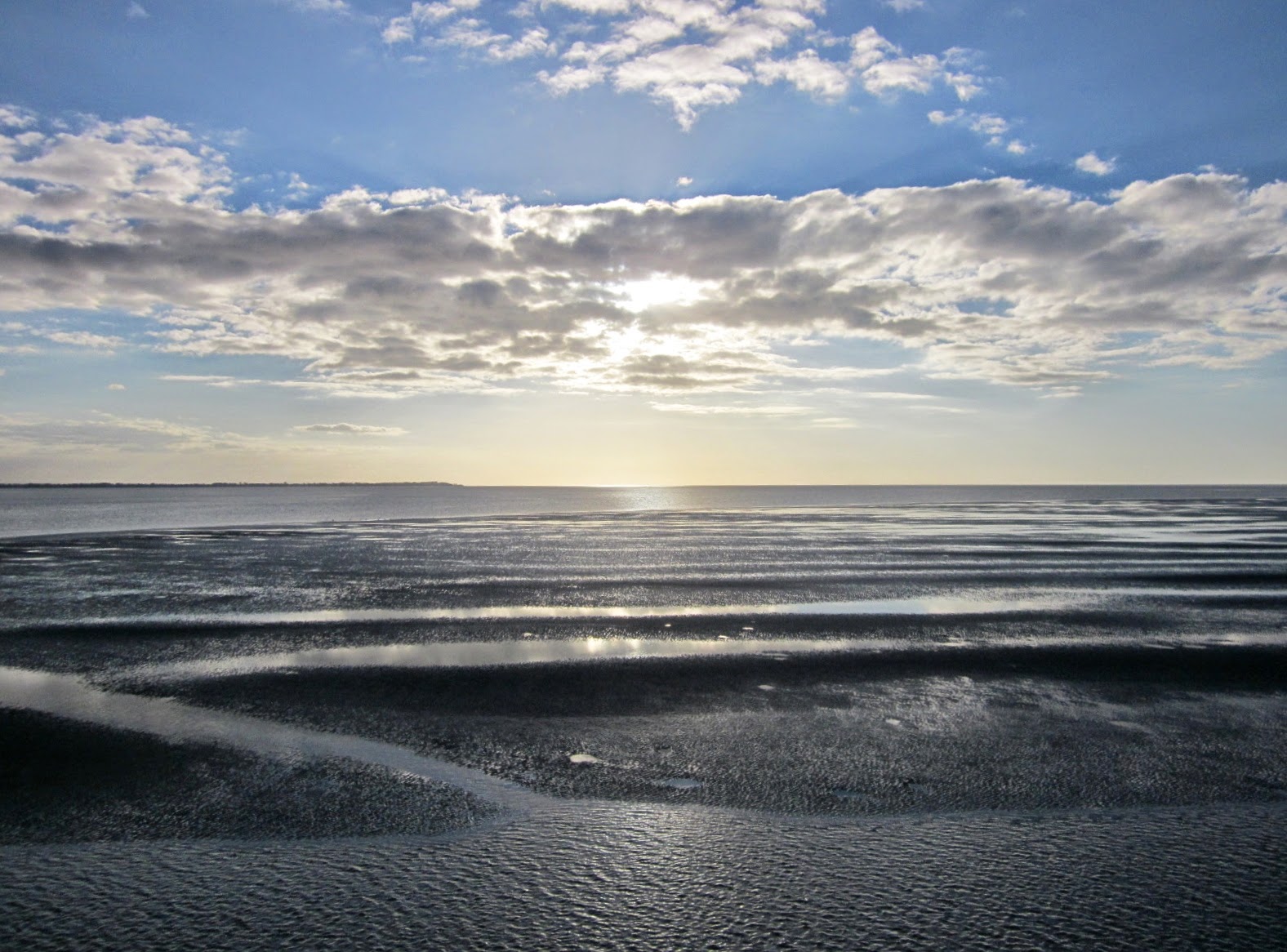 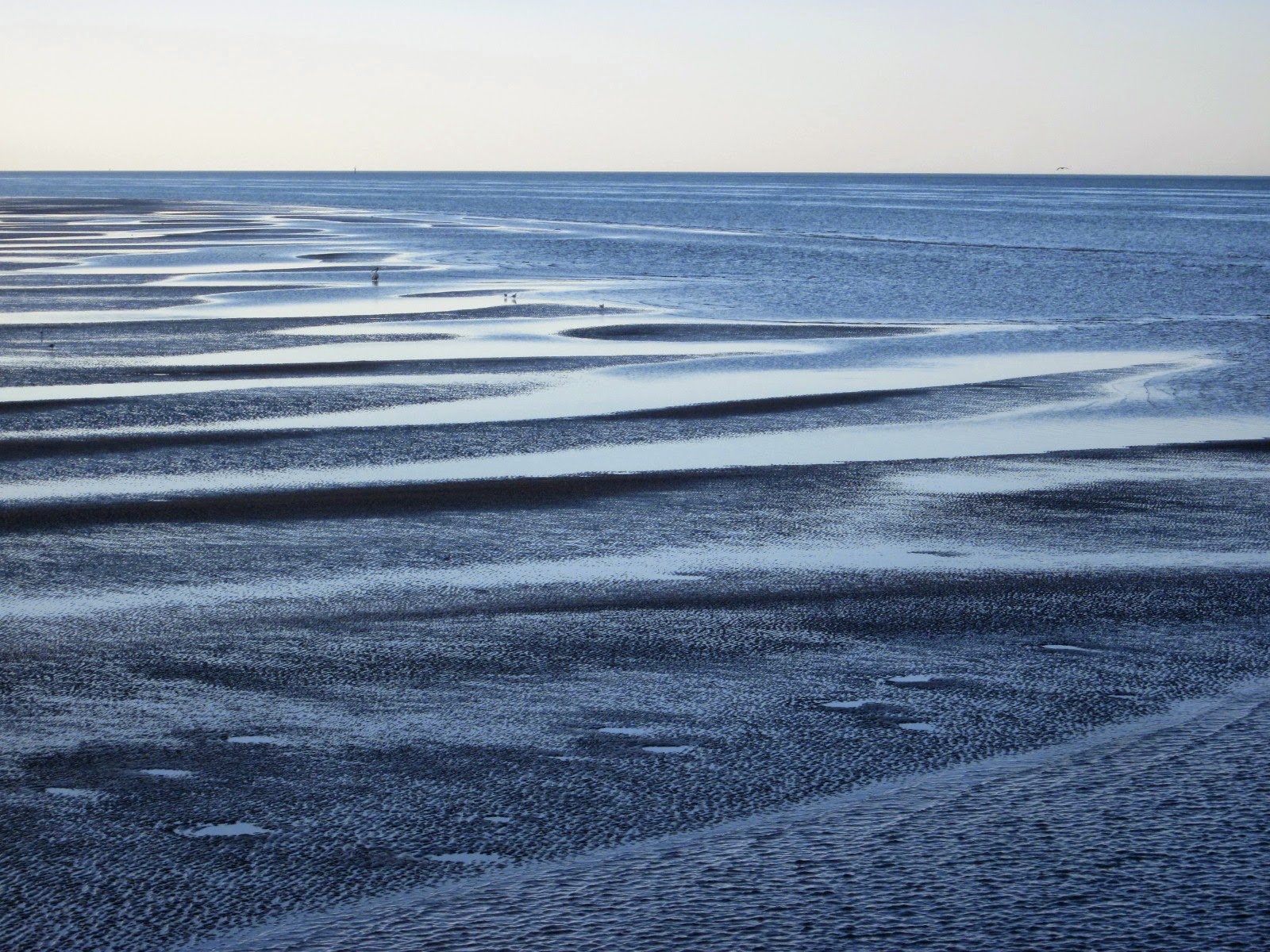 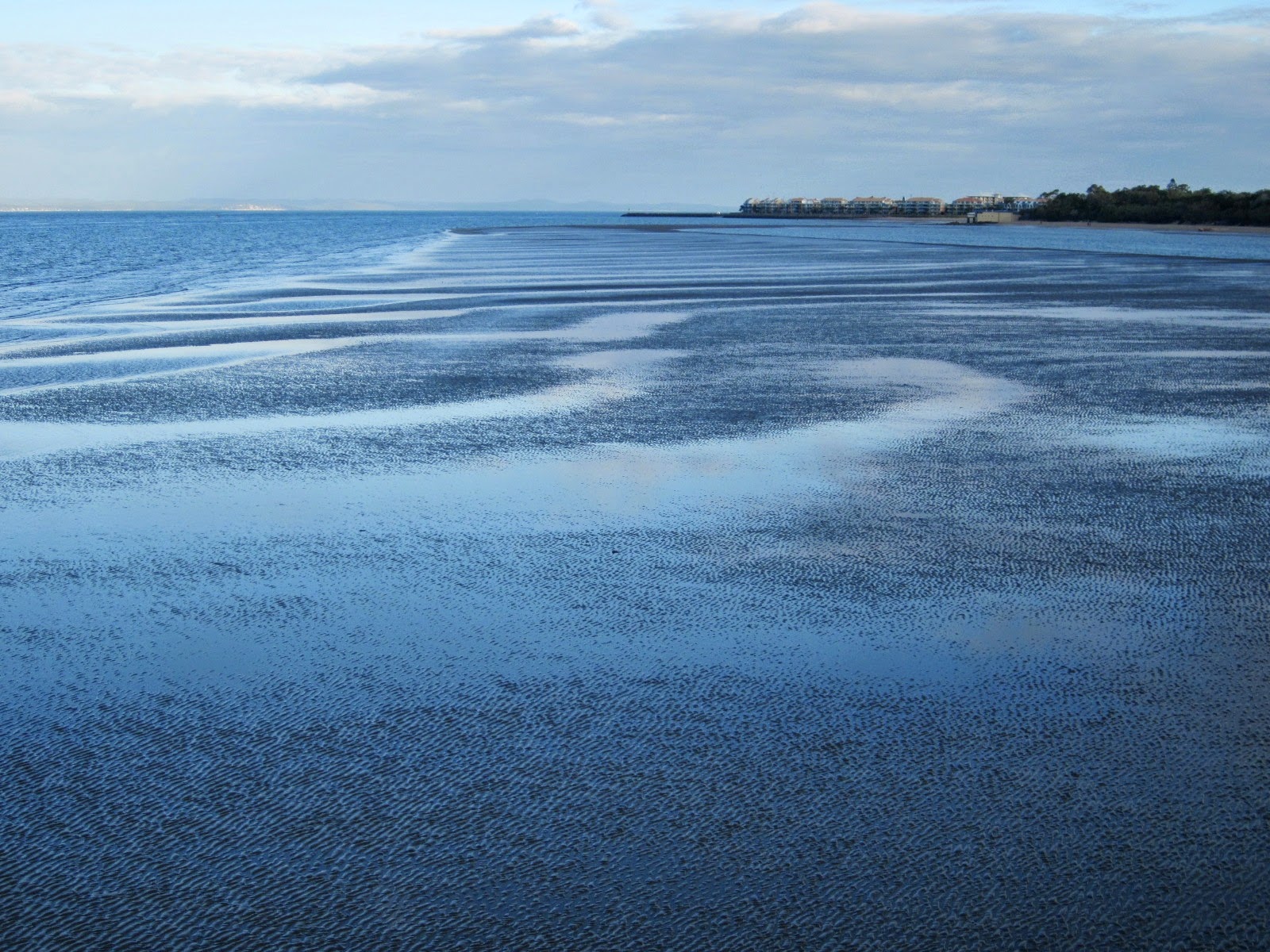 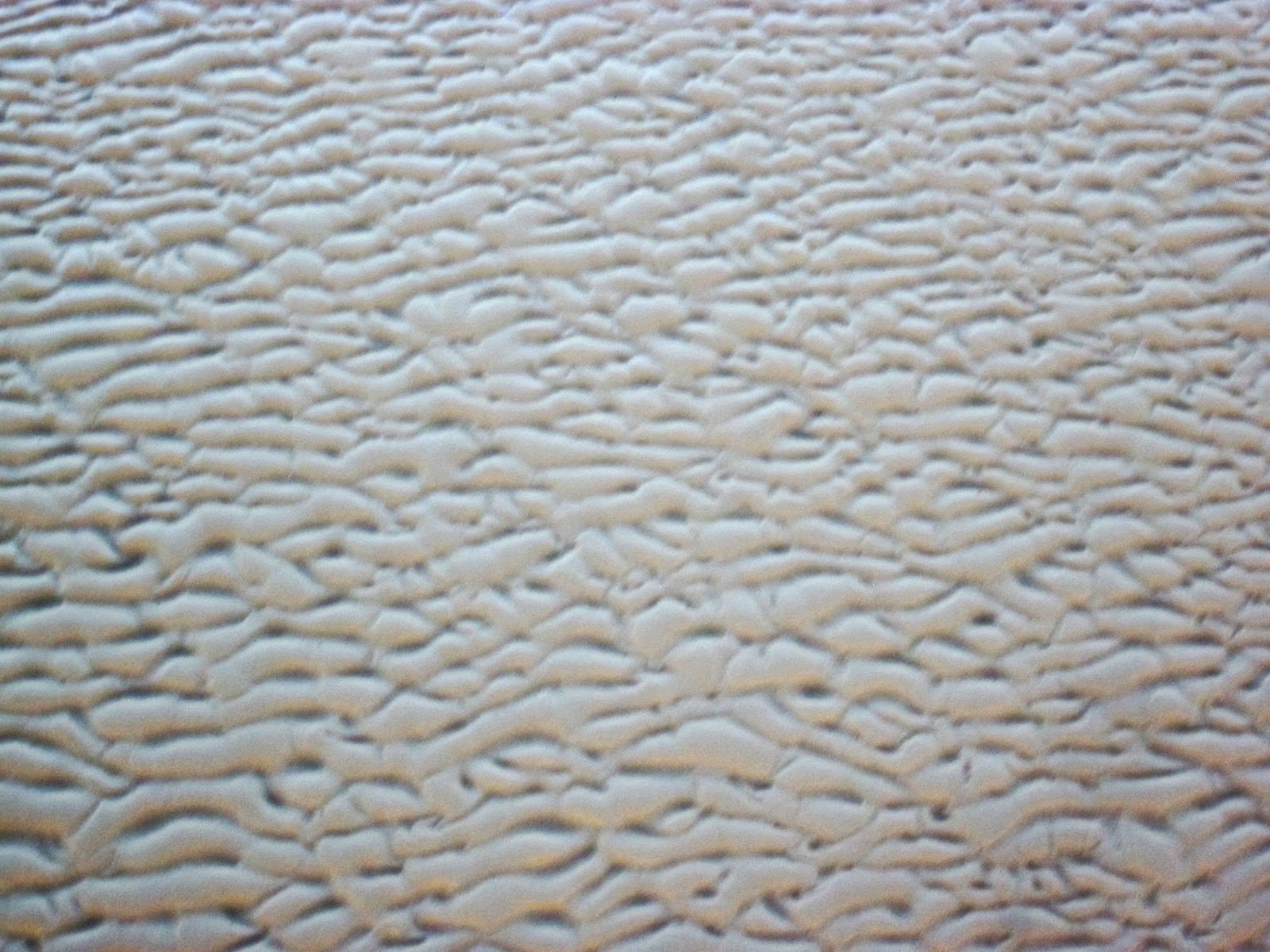 Ripples in the sand. 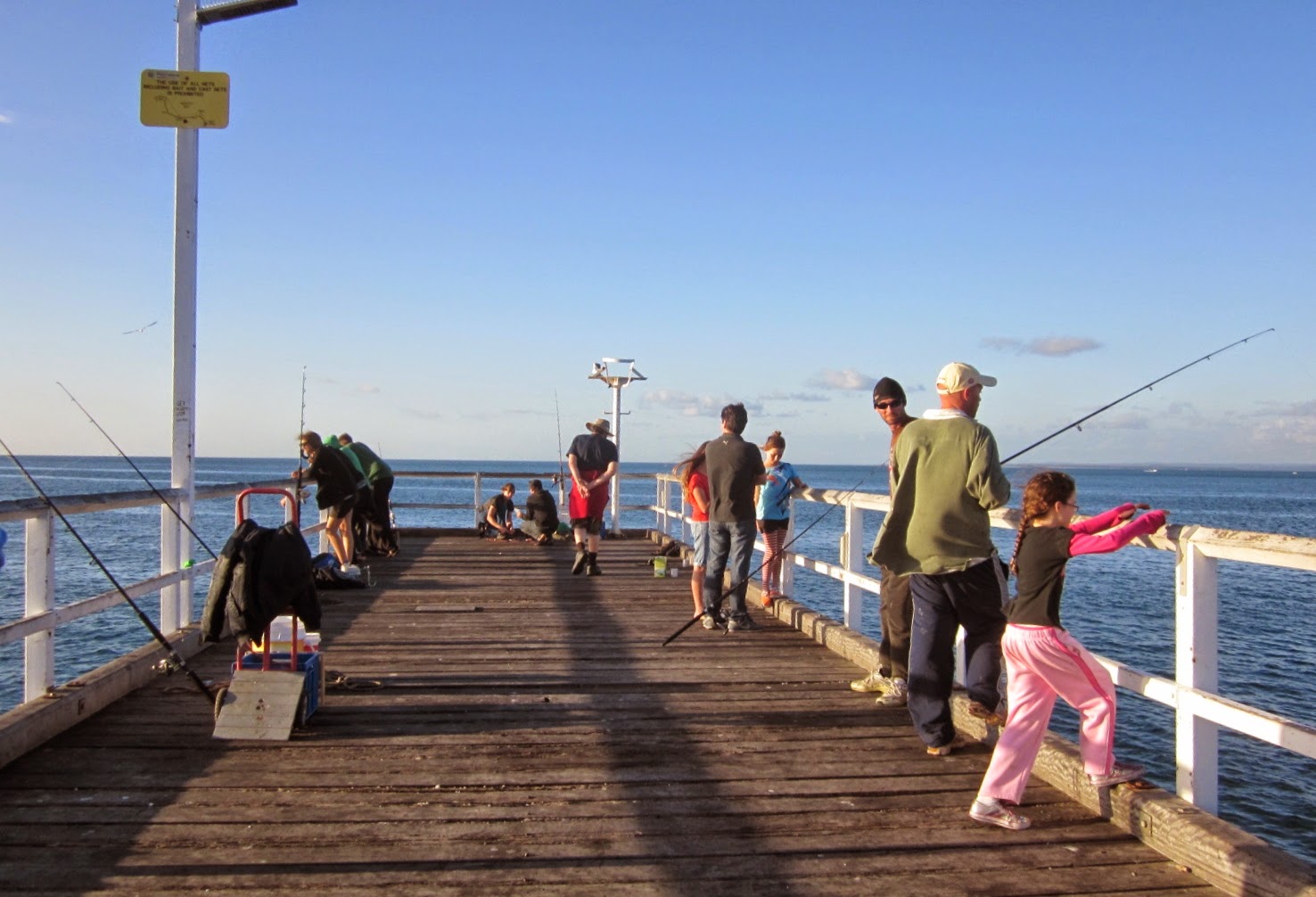 The usual fishermen at the end of the jetty. 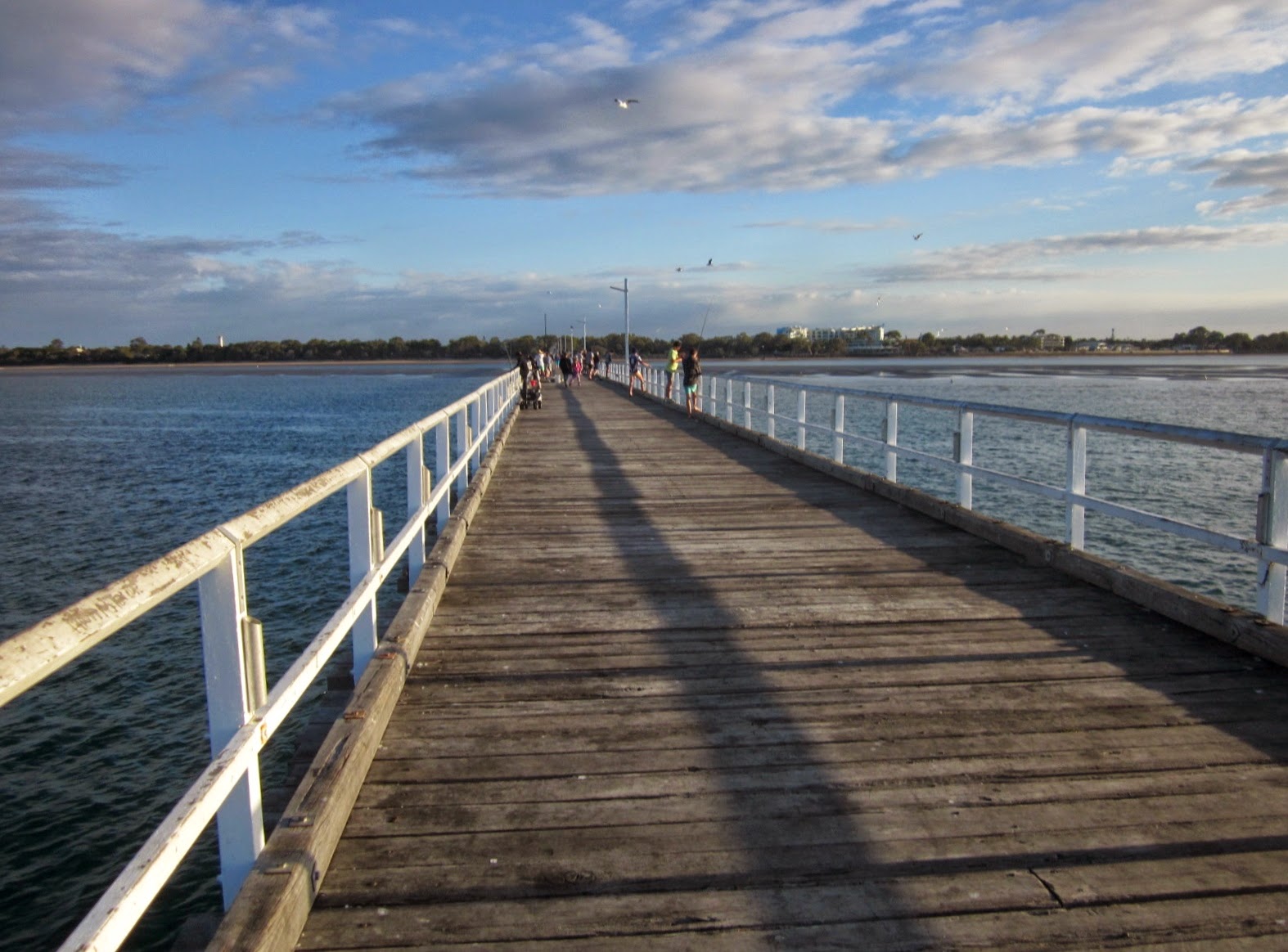 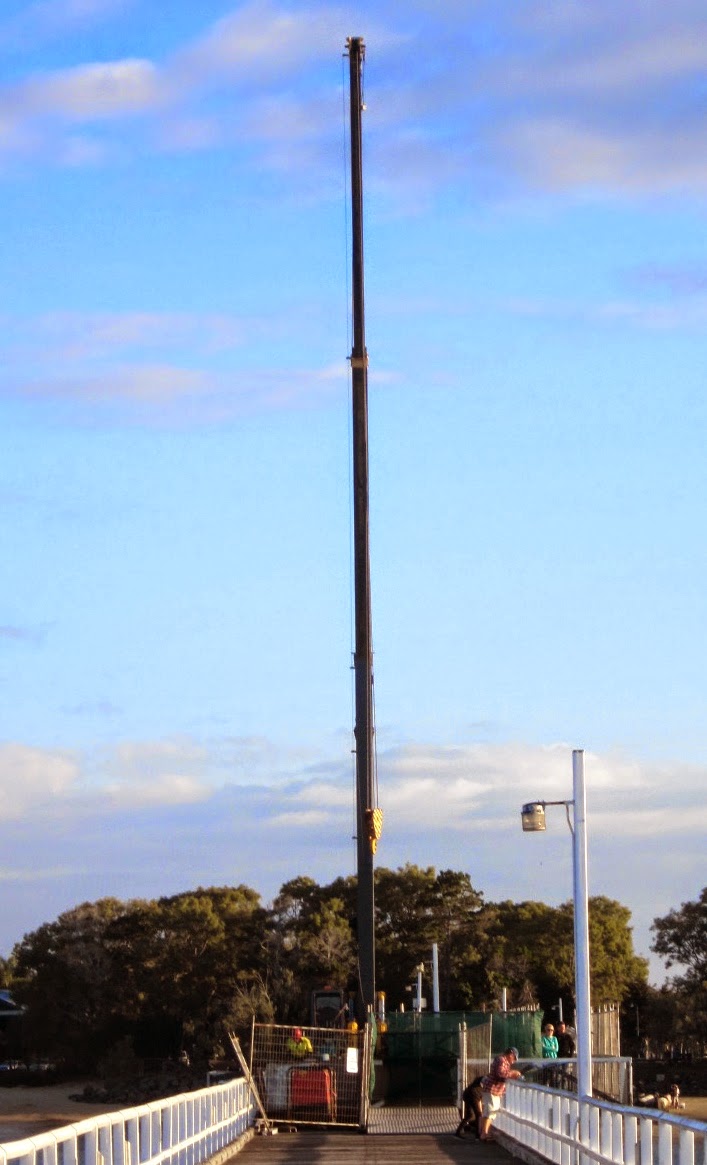 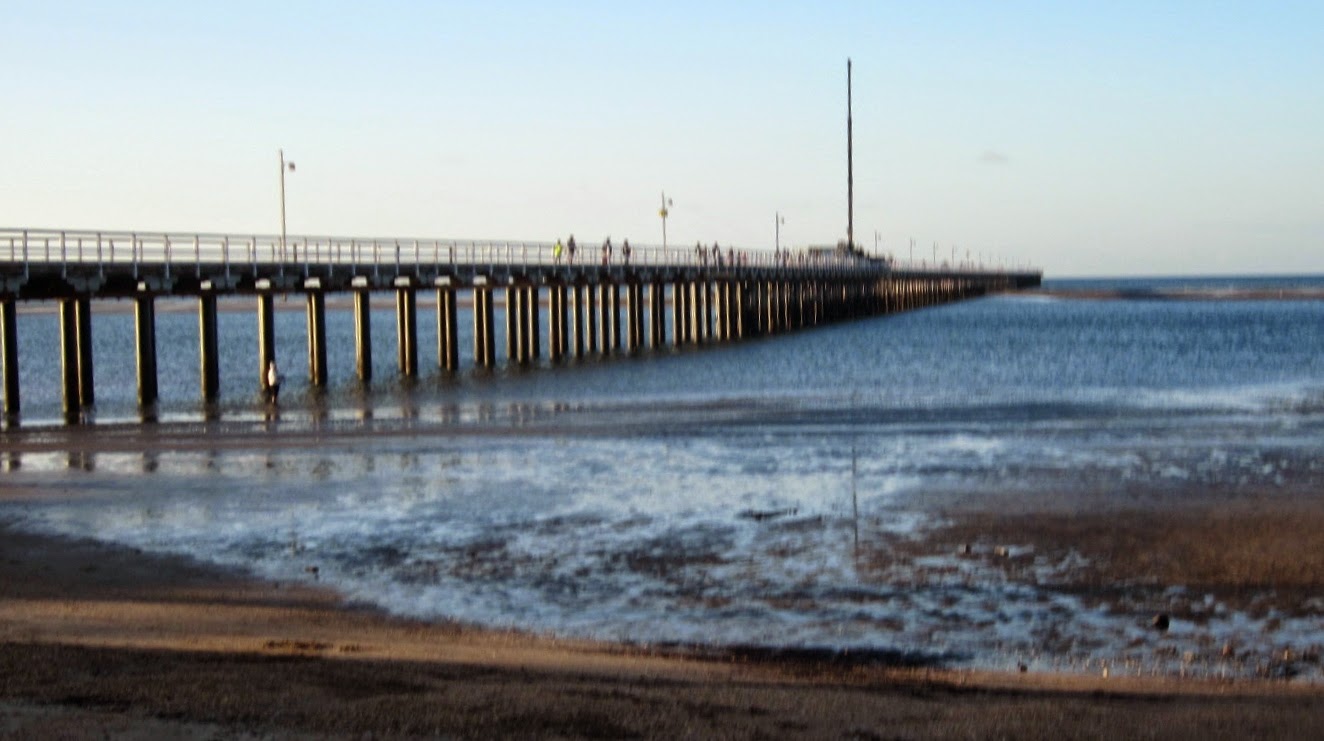 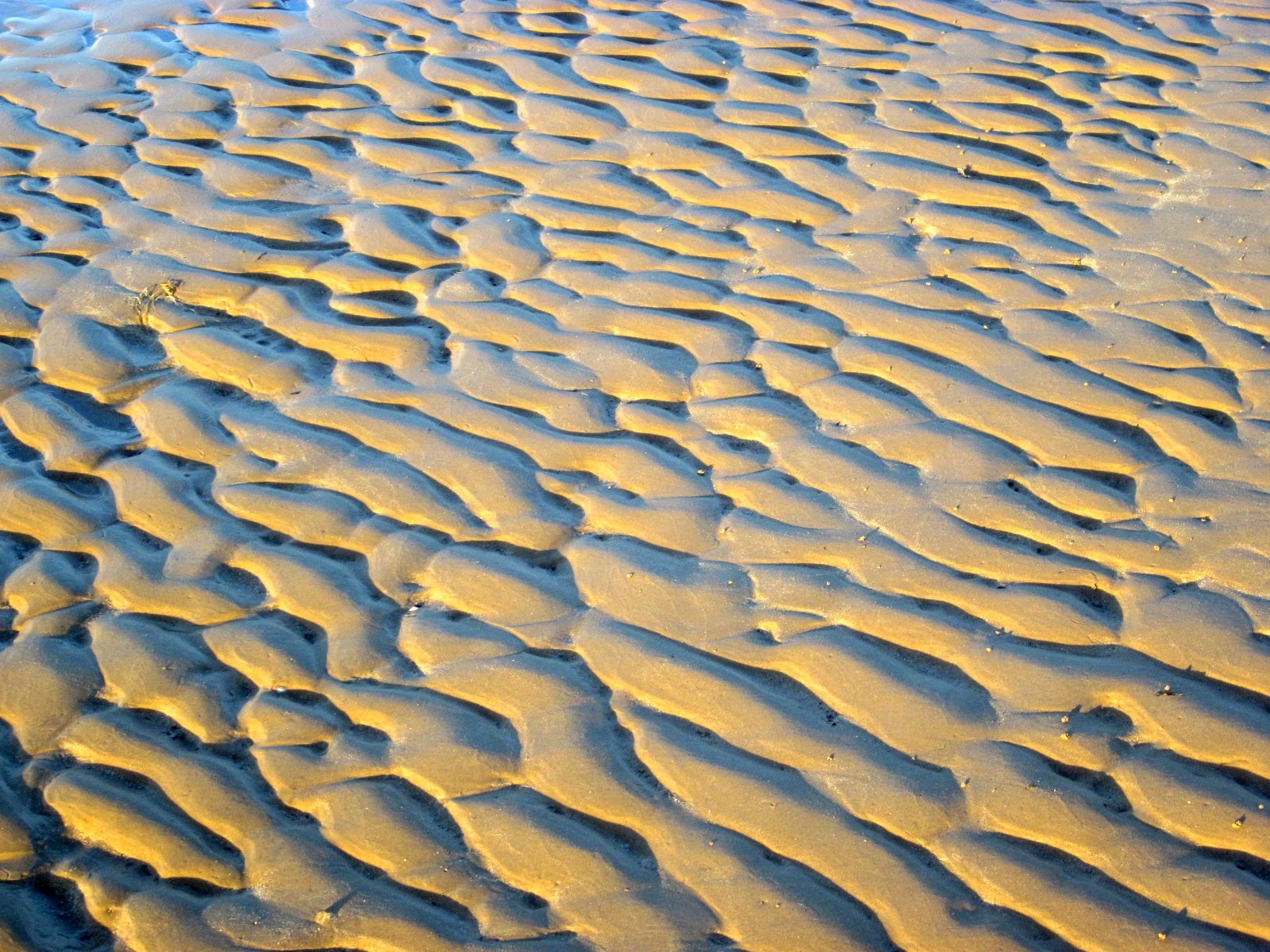 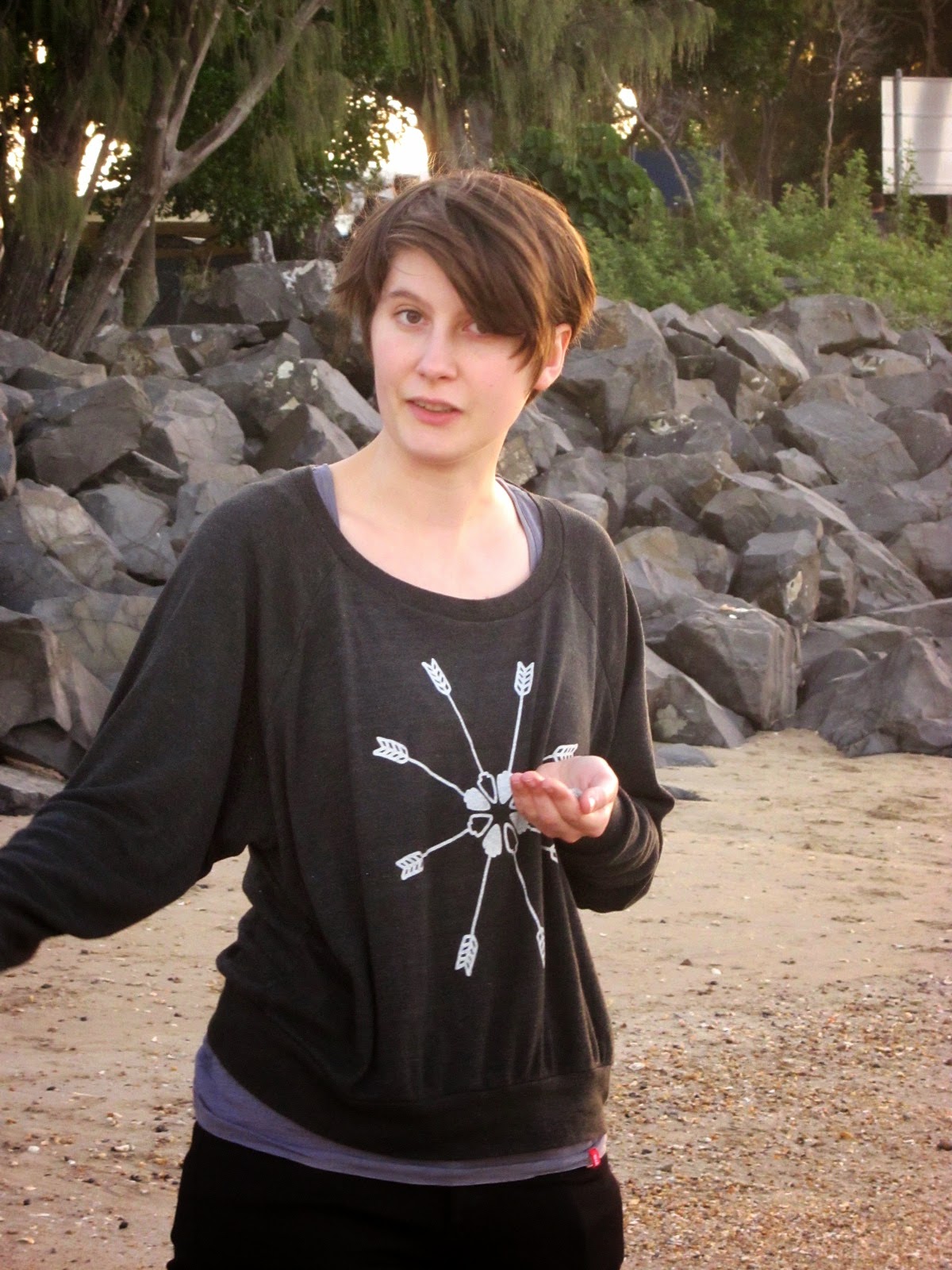 Robin holding some small shells she had collected to give to her mother. 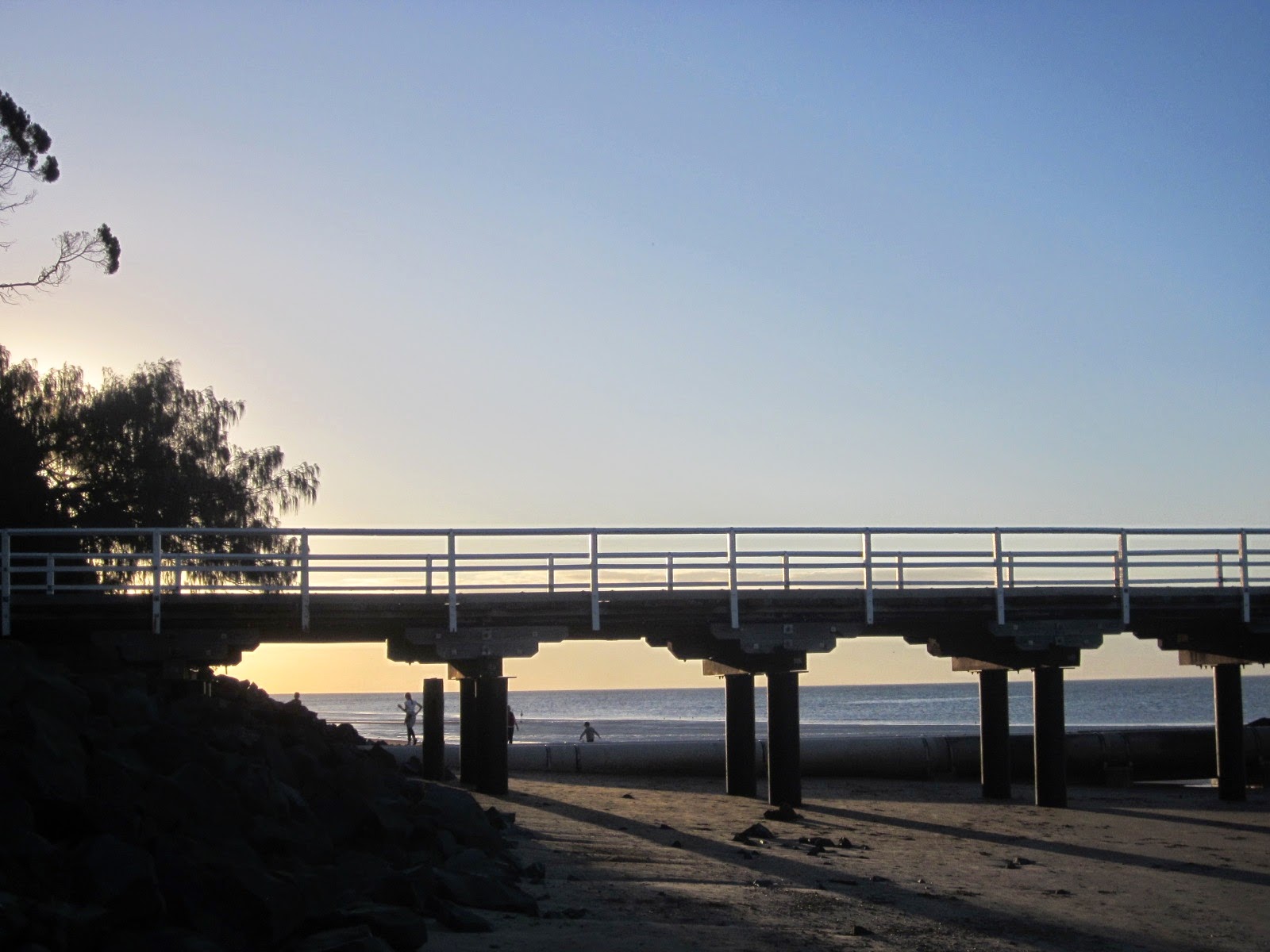 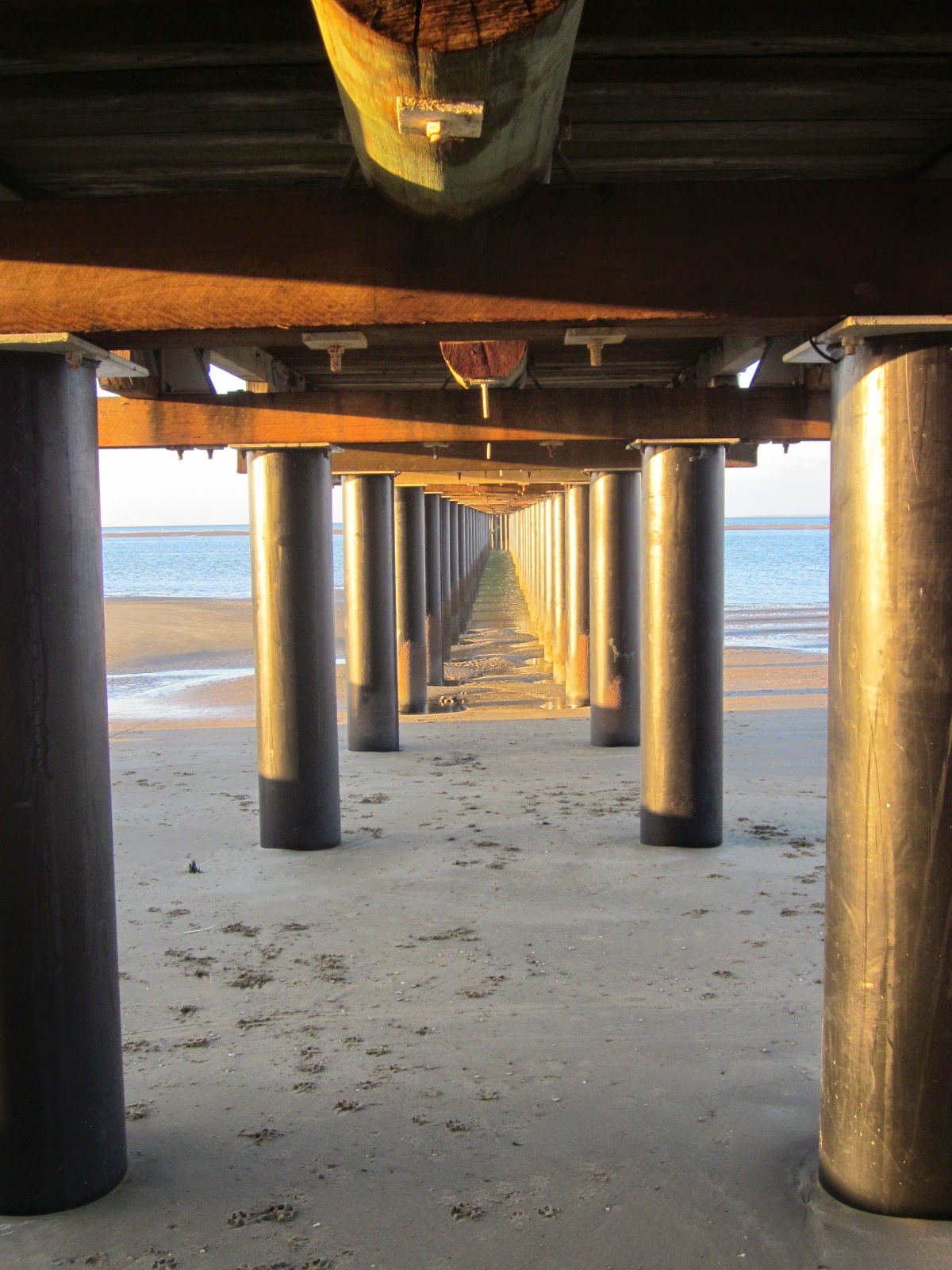 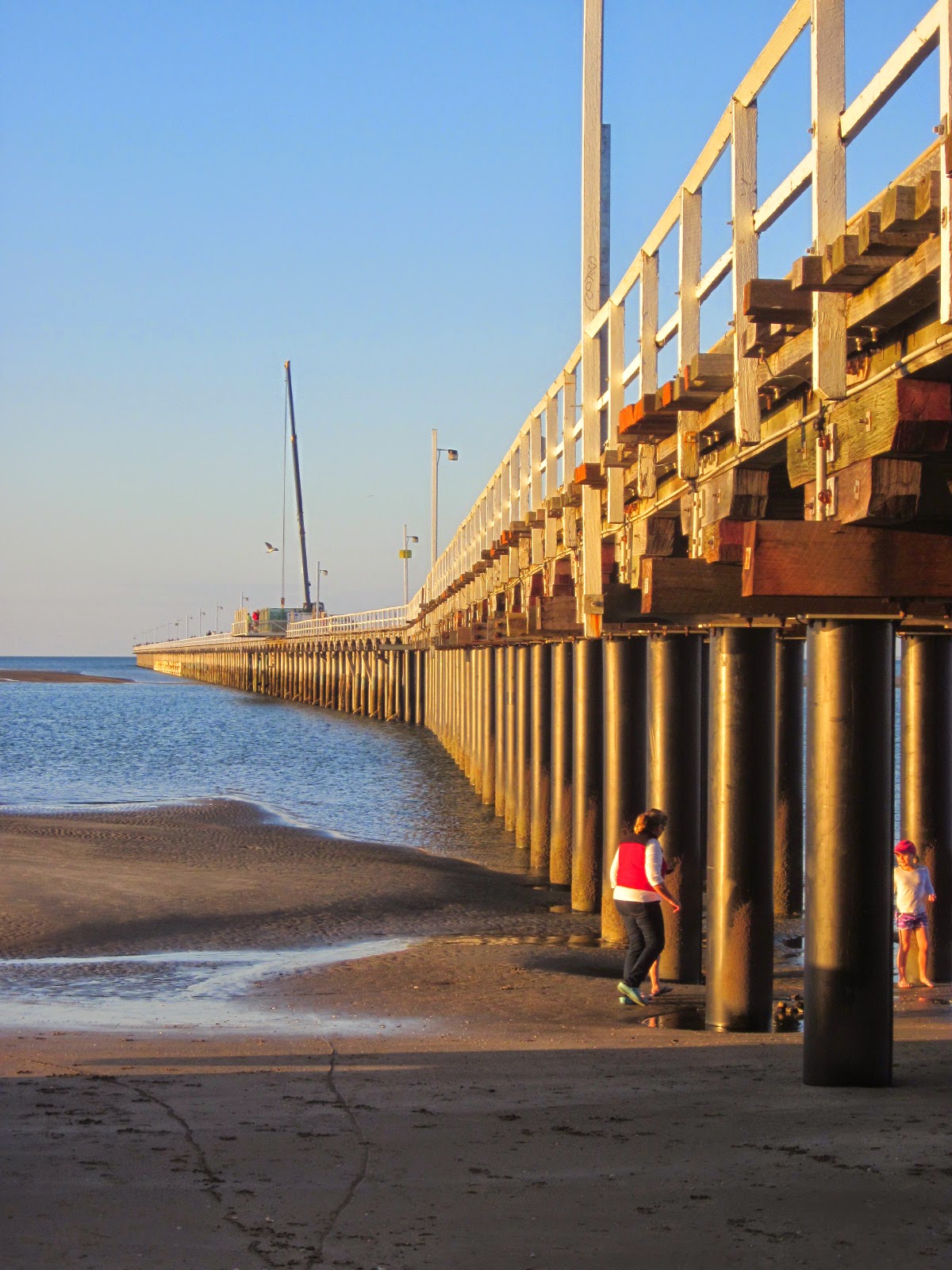 The dog had been let off the lease and bounded down to the water for a bit of a splash before returning to its owner. 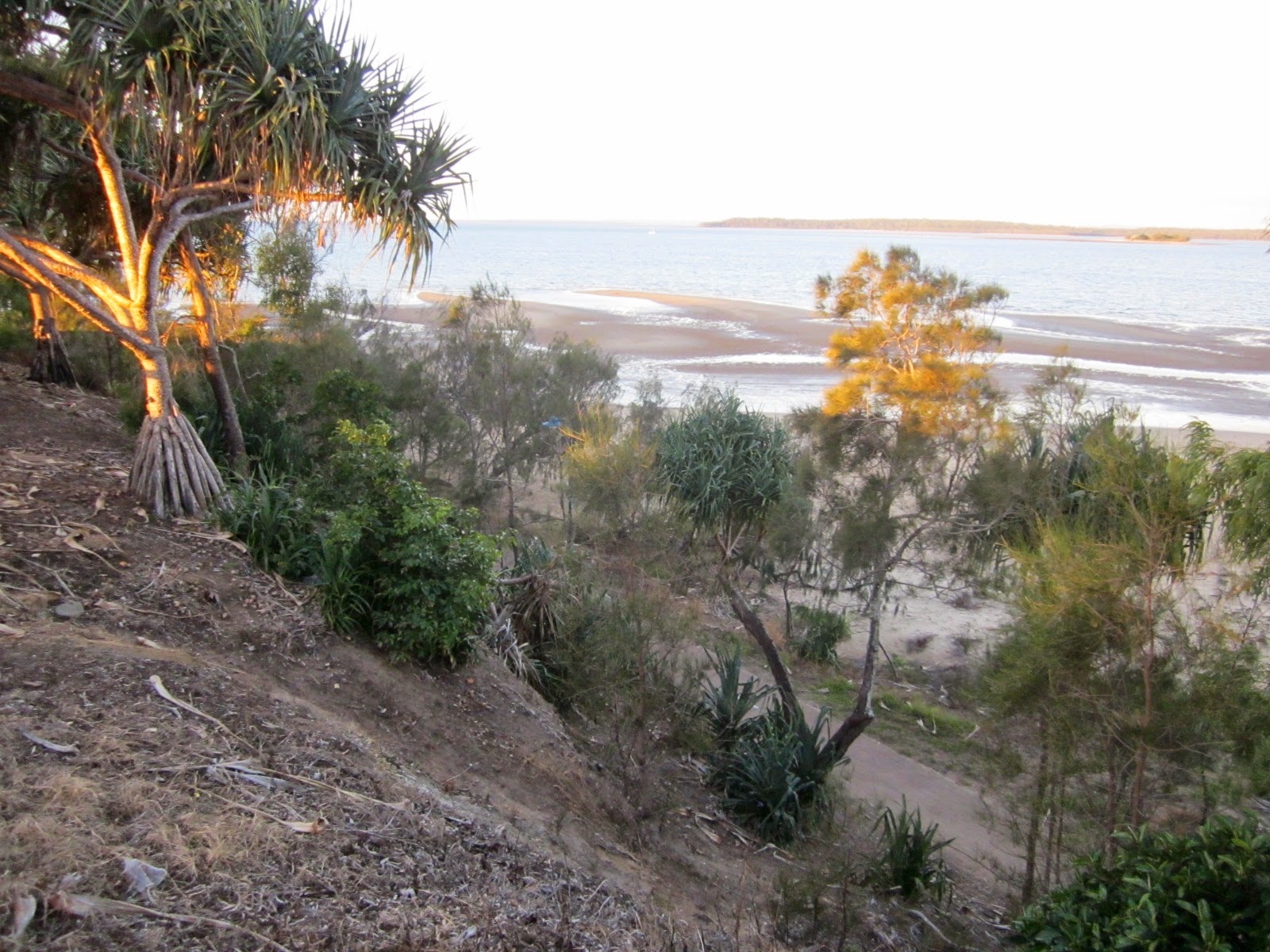 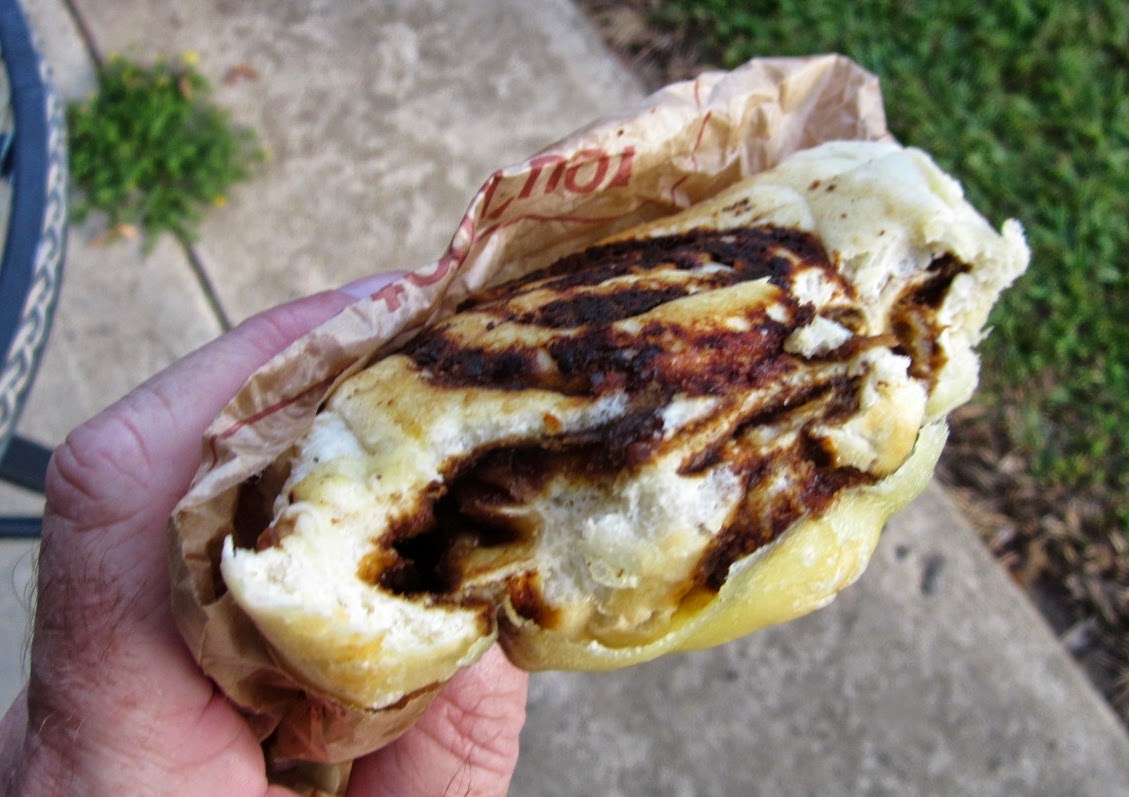 A Brumby's cheddarmite scroll for breakfast the next morning. It was still a bit warm and delicious. Of course we had fish and chips the night before. 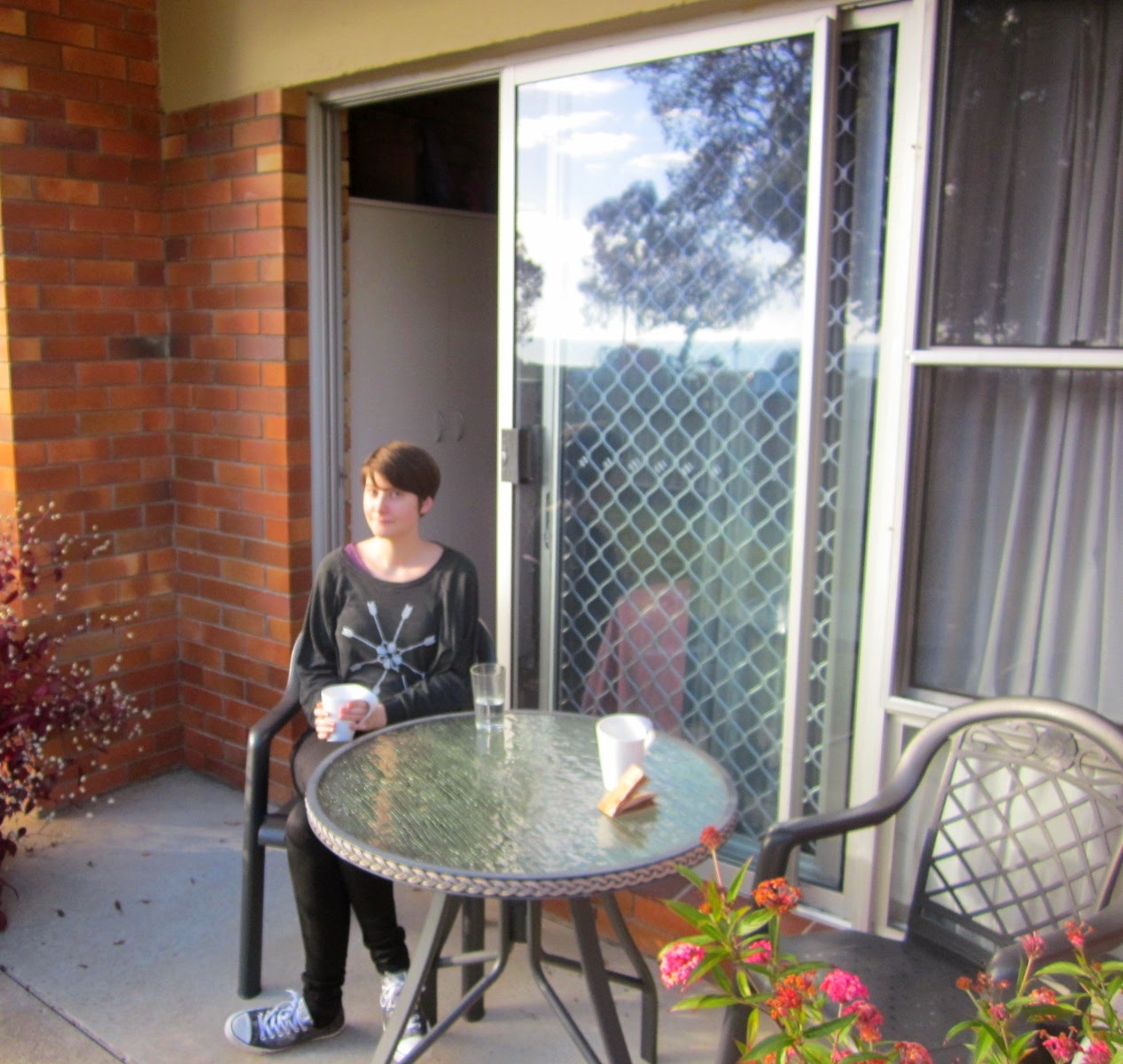 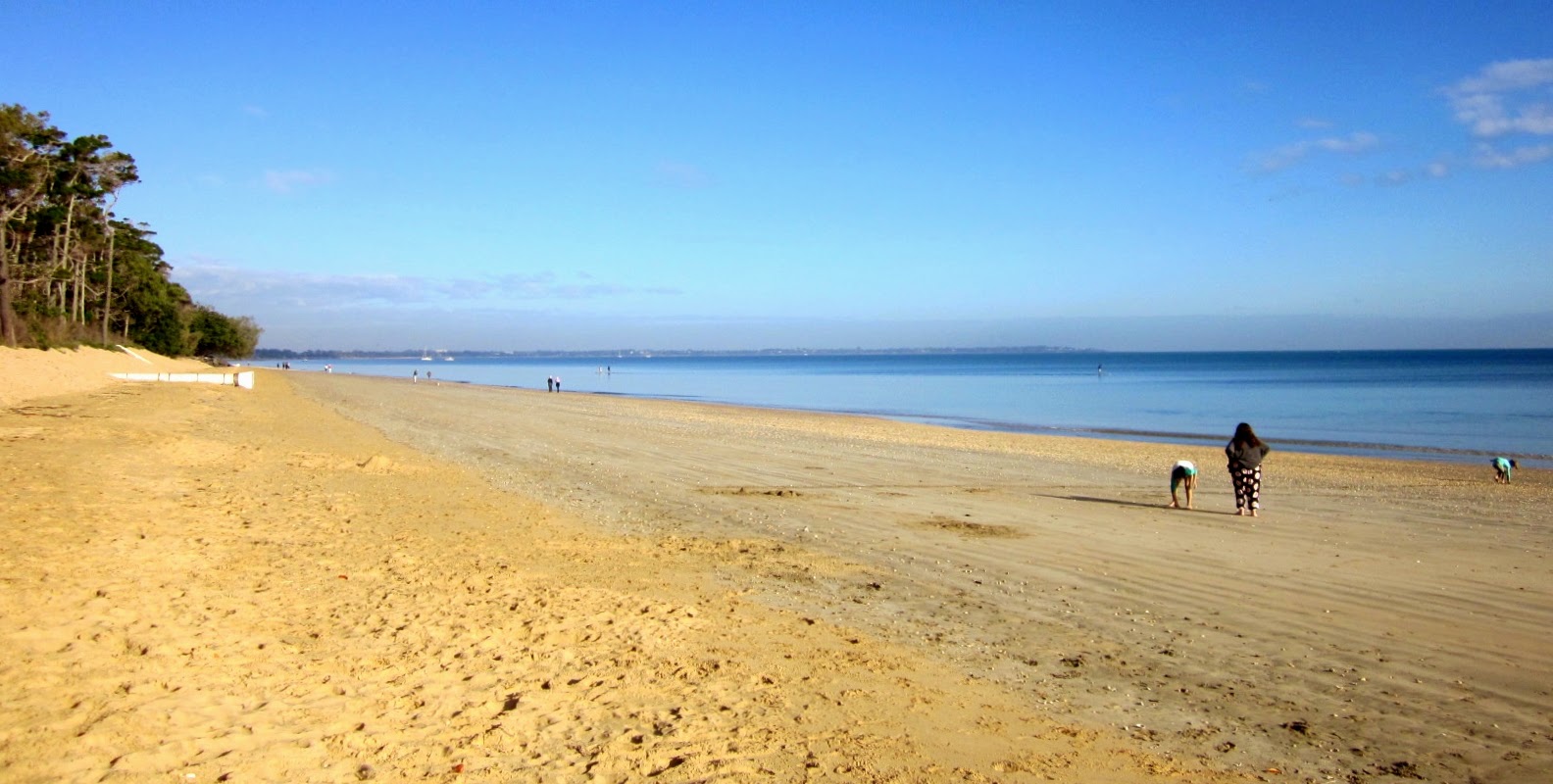 The beach across the road from the Shelly Beach Motel in the morning. 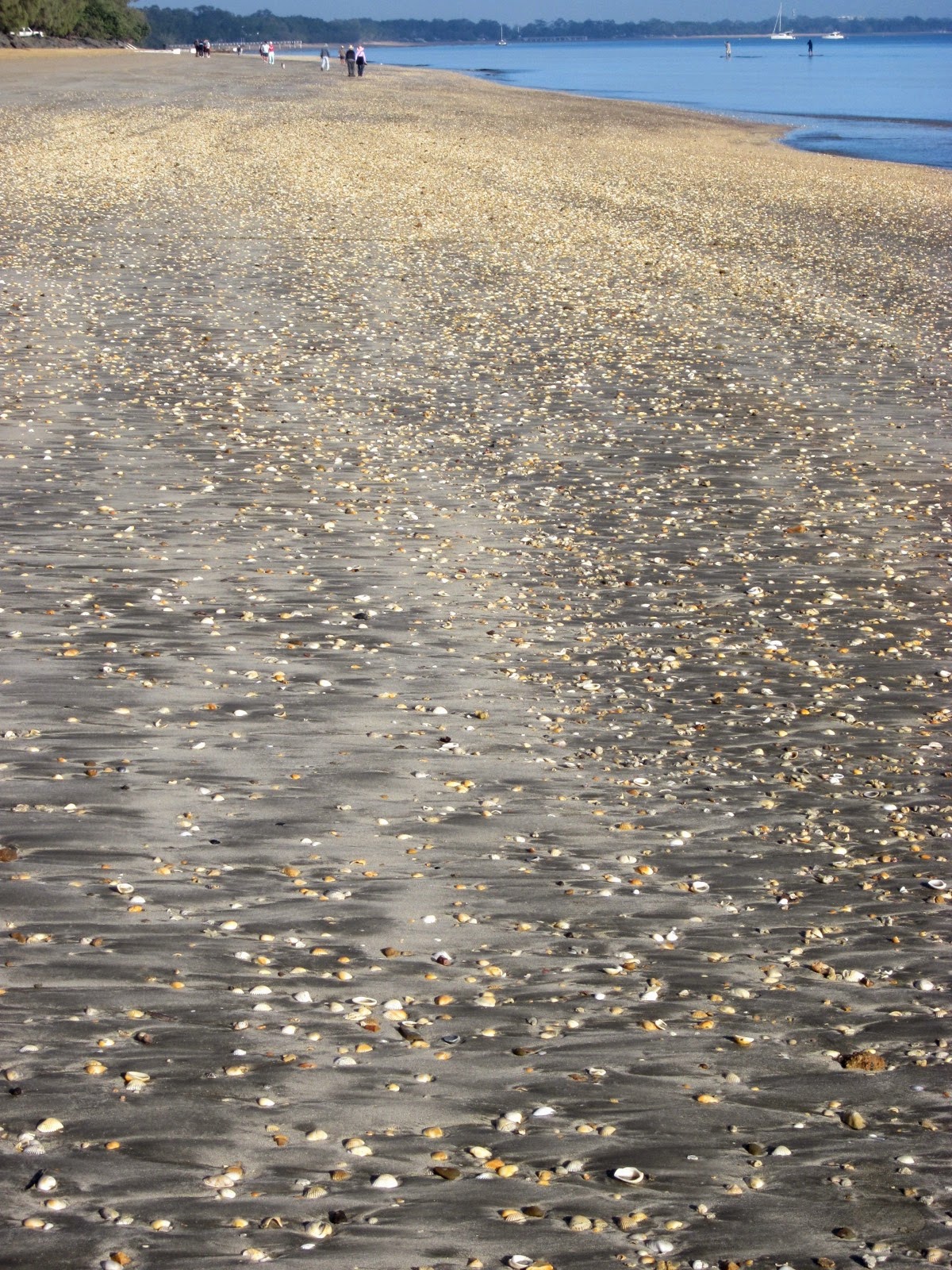 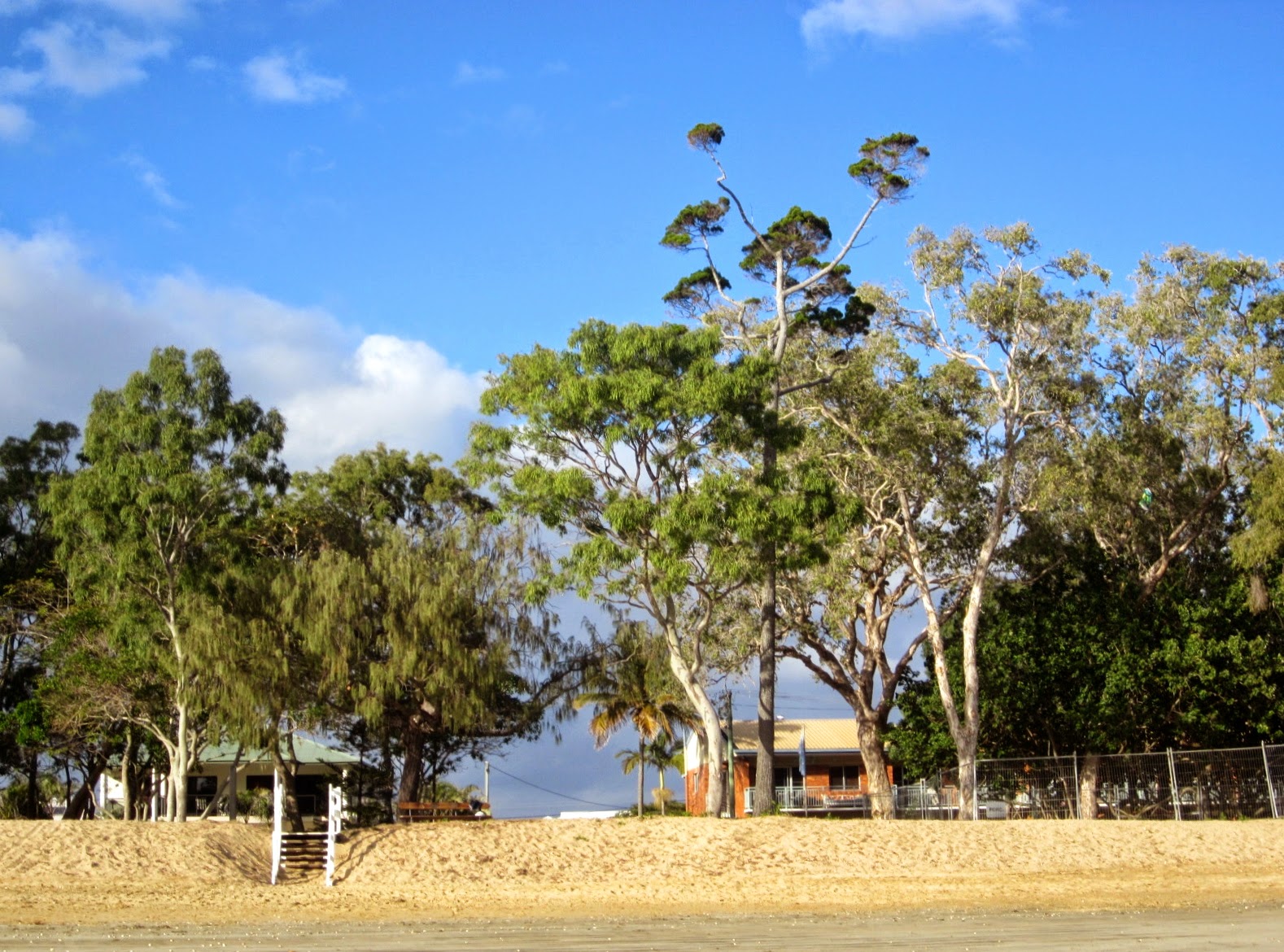 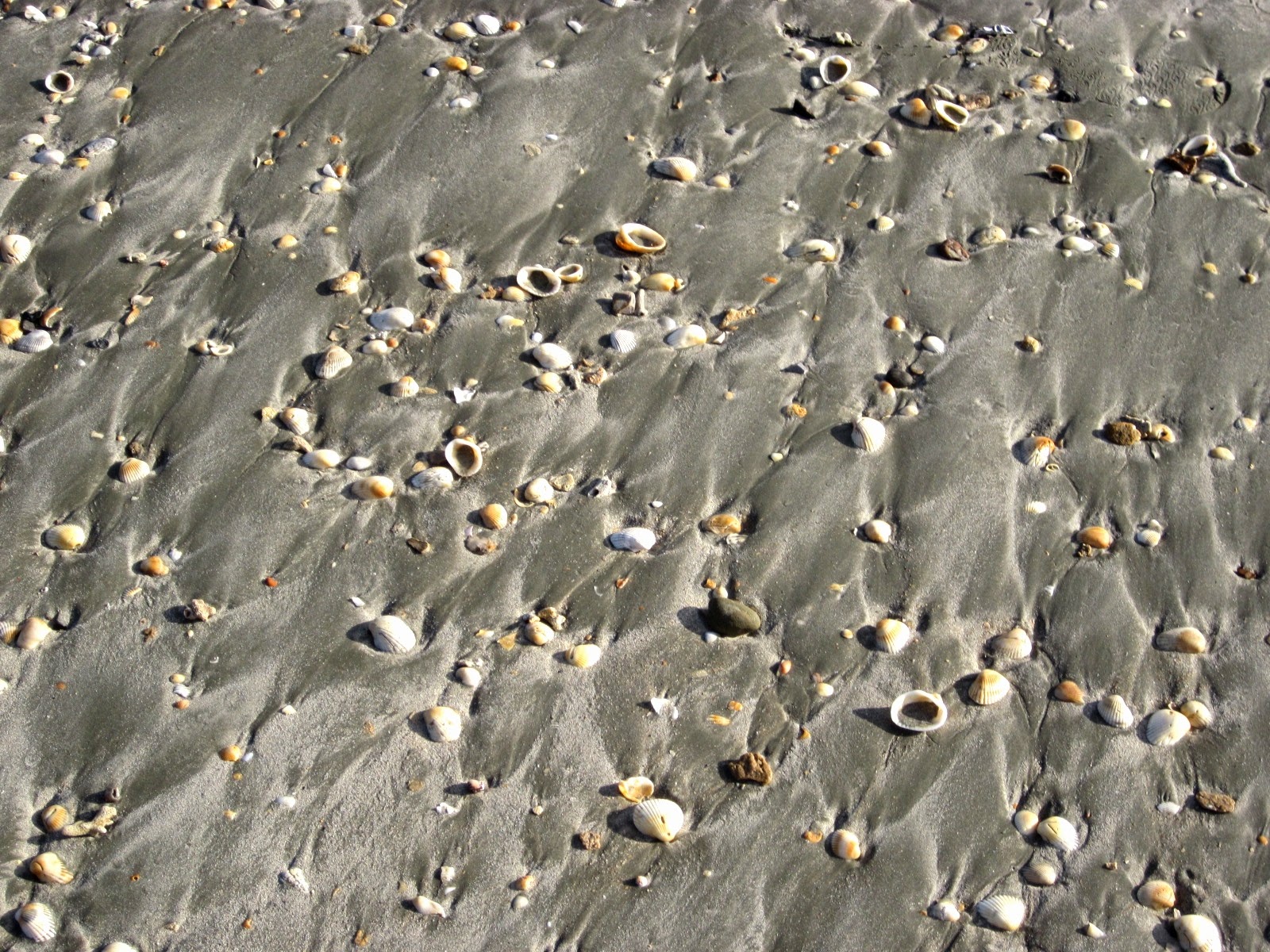 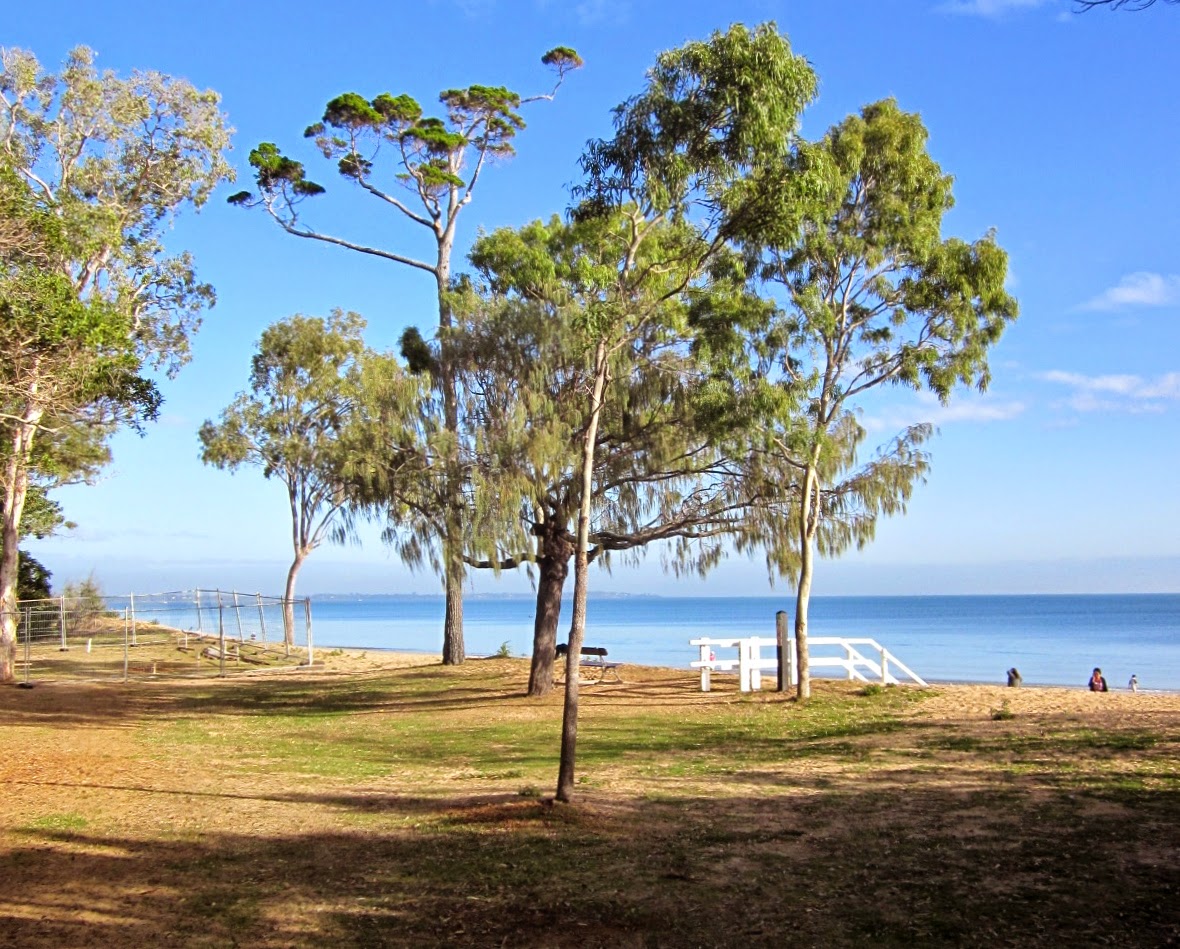 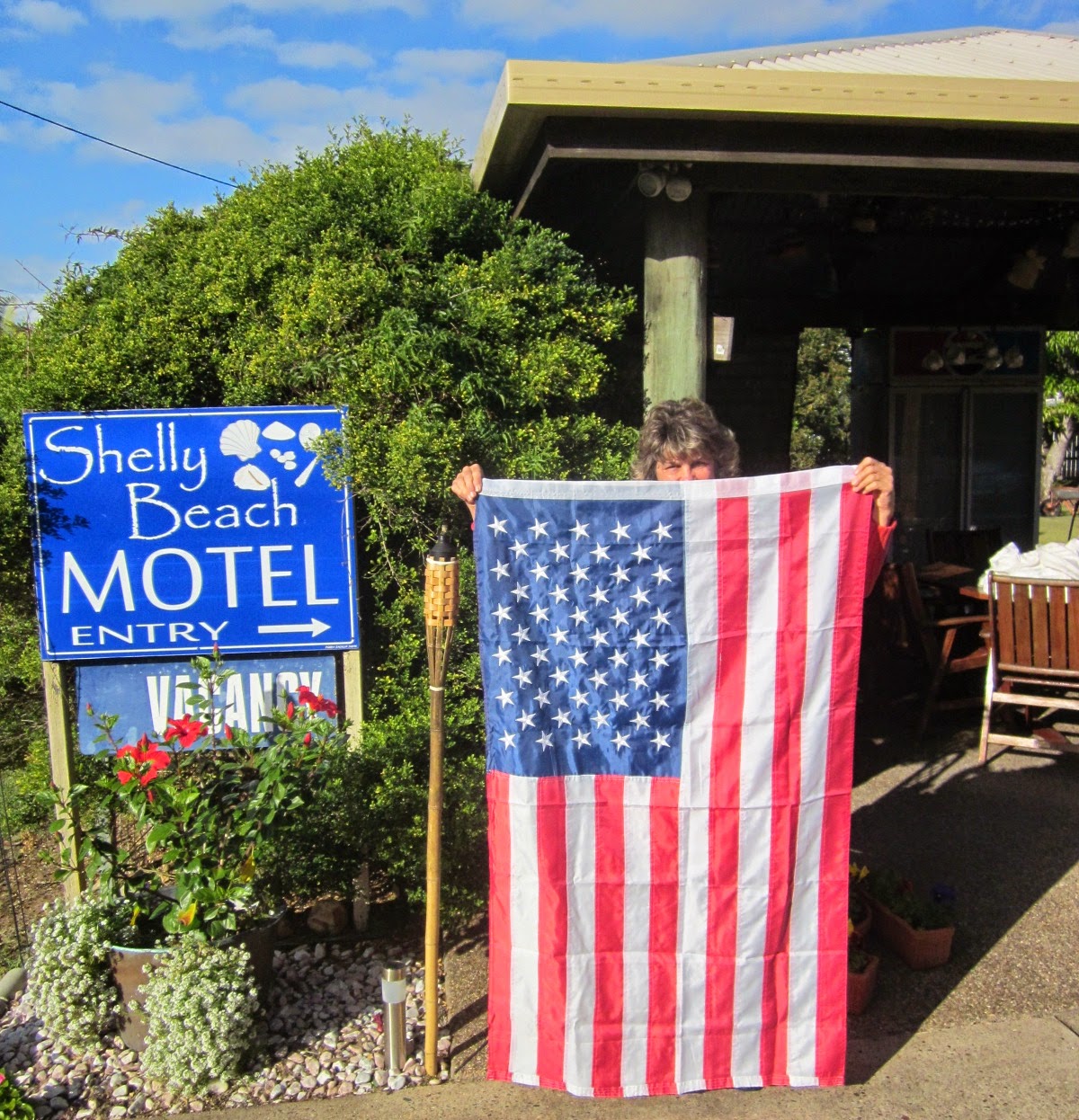 Deb is one of the owners of the motel and recognizes us since we turn up most years. It was 4th July and so she had brought out a flag for us.