I hate buses with a passion but I must admit that Turkey has a magnificent bus system. The owner of the Choo Choo hotel organized the ticket for me.

The route via Konya. I did not want to stop in Konya which is a large city of over a million people. It is perhaps the most religious city in Turkey and is a center for the Whirling Dervishes. The couple from Munich stayed there a night hoping to see the Dervishes but they only do their thing once a week on a Saturday. 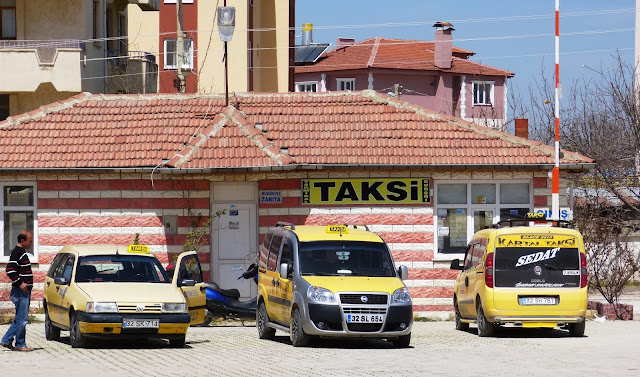 All taxis are yellow but you need to check that the number plate has a 'T' in it. 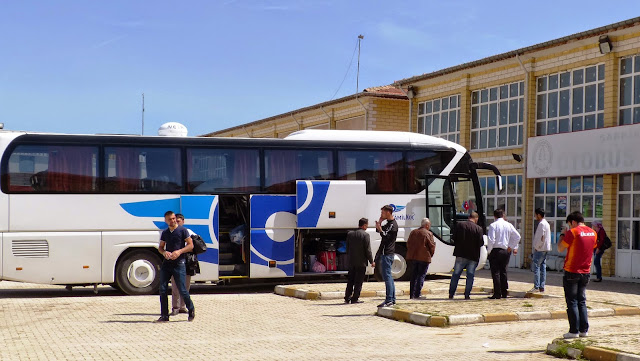 The bus stopped at a small otogar to set down and pick up passengers. All the buses I traveled on did not have a bathroom so the stop at the otogar is your opportunity.

Notice that there are no women visible. They would be lurking inside the building separate from the men who are outside smoking. And yes, smoking is rife with Turkish men. 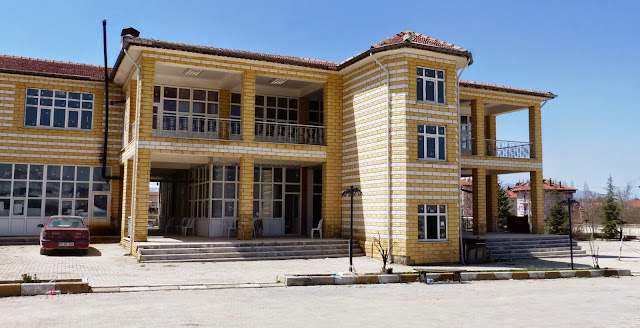 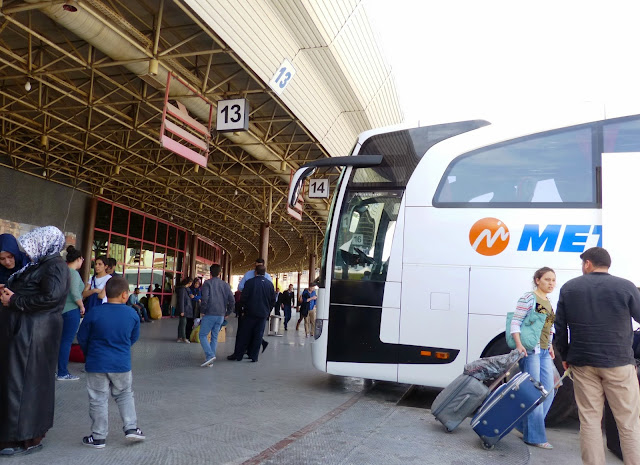 A bigger otogar at Konya which is a much bigger city. They are the transportation hub and you will see direction signs to the otogar when you enter a town or city. 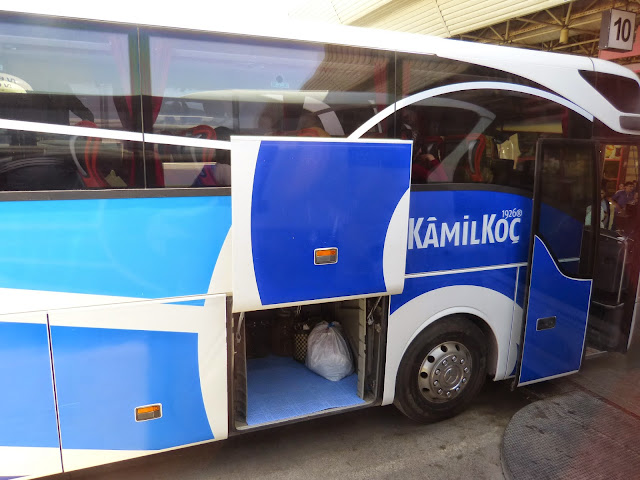 For an aerial view of the otogar, click here. 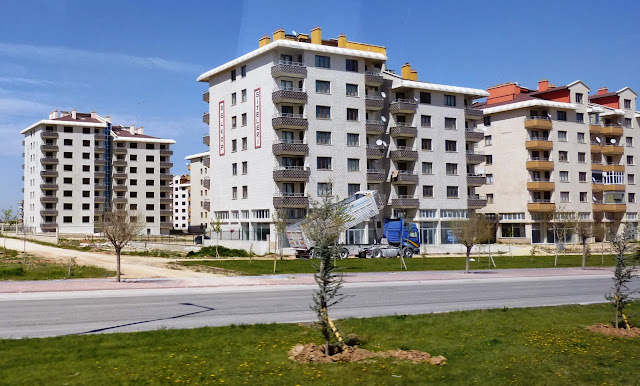 Most Turks live in apartment blocks like these.  Since the population is over 77 million, there are a lot of these blocks. Very few are in any way attractive.

Late in the afternoon, I noticed hundreds of people out in the fields looking for something. Most had some sort of stick and were prodding the ground. The area produces potatoes so perhaps that was the object of the exercise. 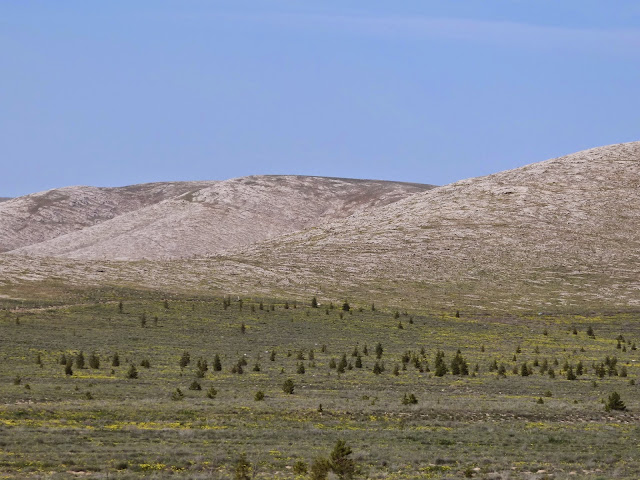 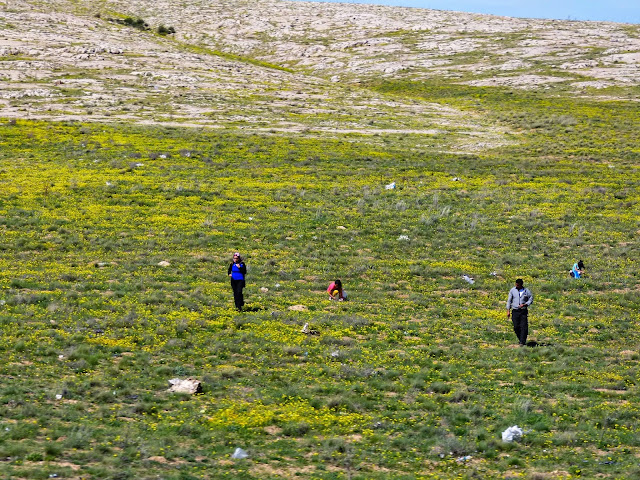 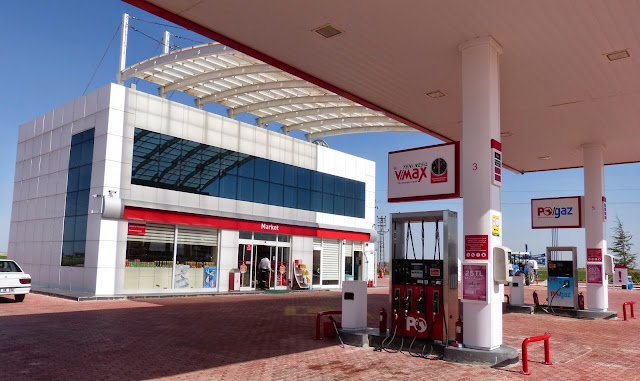 Much of Turkey is quite modern. Petrol stations like this were the norm on the highways. And by the way, these highways usually have two lanes in each direction. 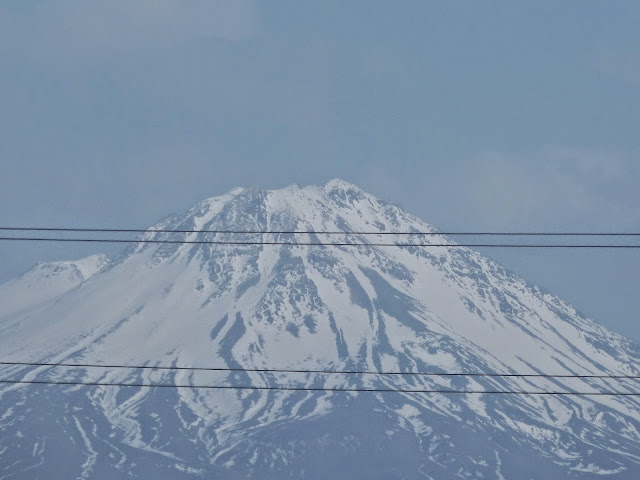 Mount Hasan near Aksaray. Sorry about the wires but I was on a bus. 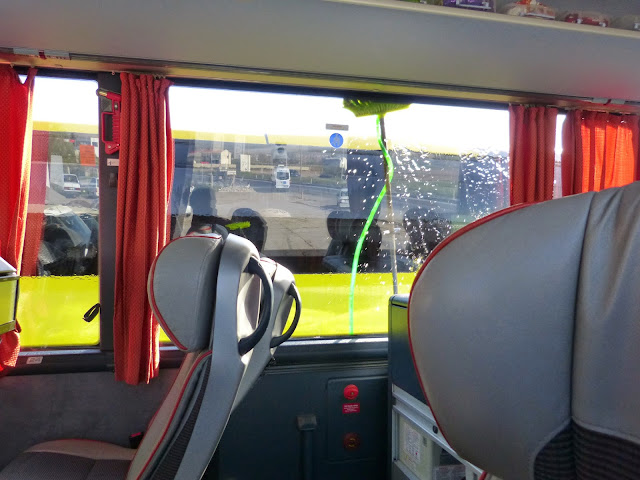 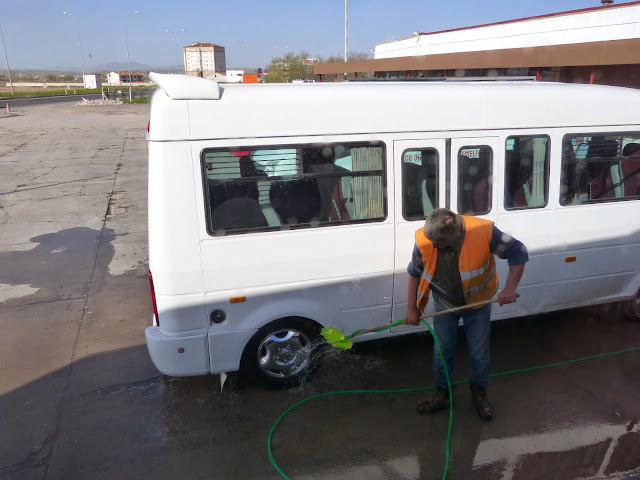 A couple of blokes made out a living washing the buses and dolmus vans. 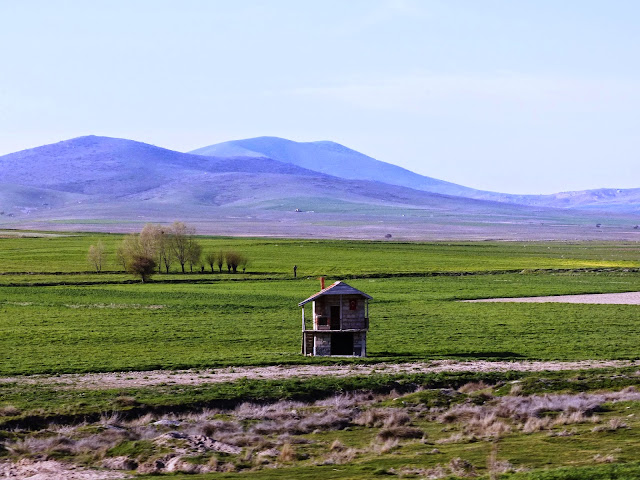 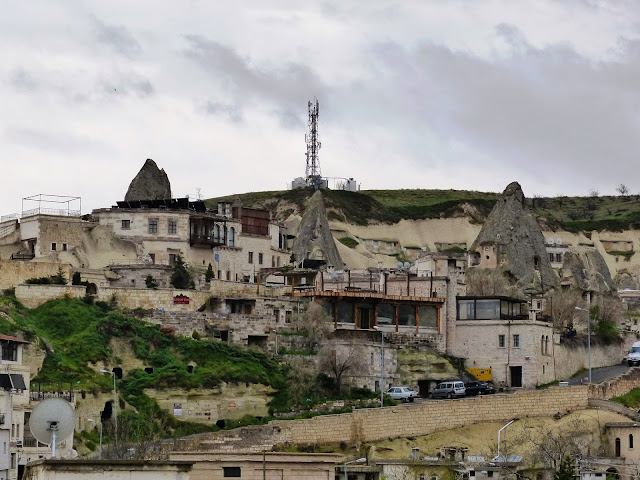 The view from my hotel window at Goreme in Capadoccia. The bus driver almost forgot to drive into Goreme and had to back up to turn the corner to the road into town. In this case I had to remind the attendant that they had forgotten to drop me off. I knew there was a problem because I use a free app called OsmAnd which uses the cell phone's GPS to show where you are on a map. It works off-line so you don't need an internet connection. Before I left home I downloaded the map of Turkey.