Although Jennifer and Bruce had moved to their palatial digs we arranged to meet up to see the step-well in Delhi. I had hoped to see it on my first day in Delhi but difficulty in getting Indian money made me postpone the visit. 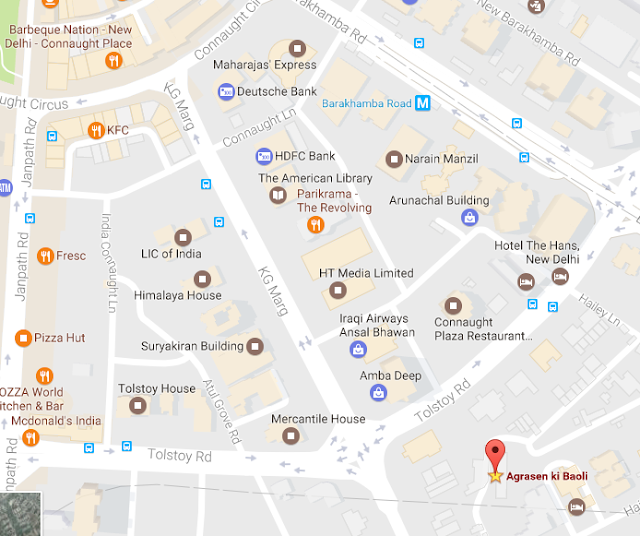 Agrasen ki Baoli is down at the lower right and my Metro stop was at Barakhamba Road towards the top about a third from the right. 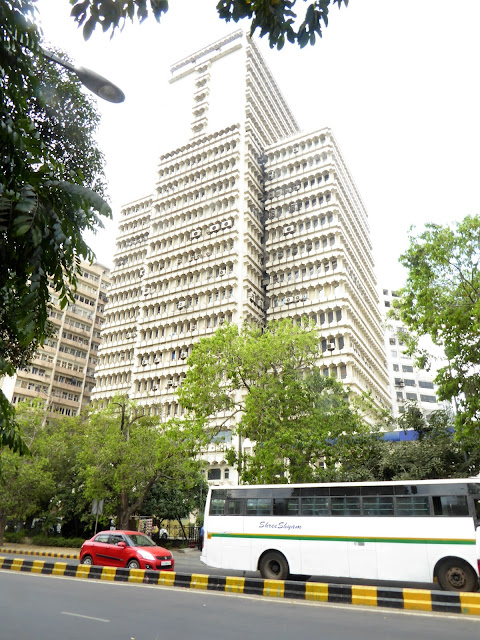 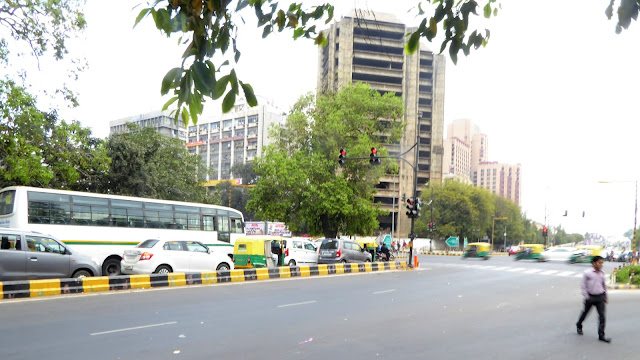 This was a Delhi I had not see before with tall prosperous buildings and traffic that actually paid attention to traffic signals.

I turned left onto Hailey Lane and then onto this narrow lane-way leading to the step-well. 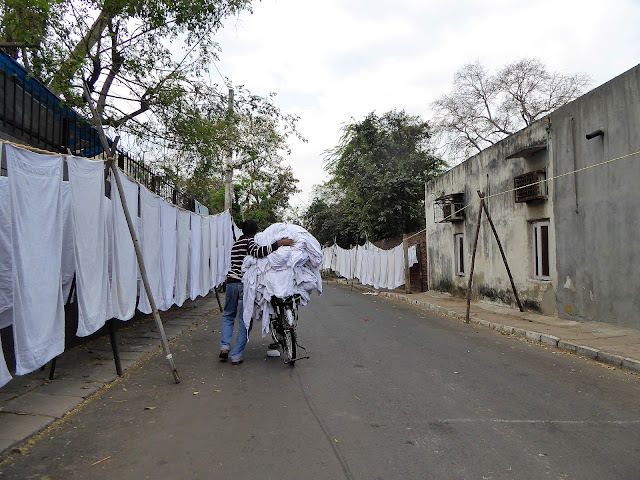 This lane-way was obviously used for wash for nearby hotels. 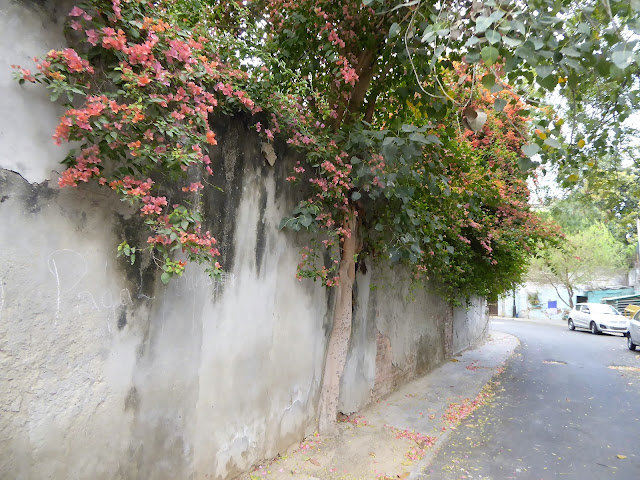 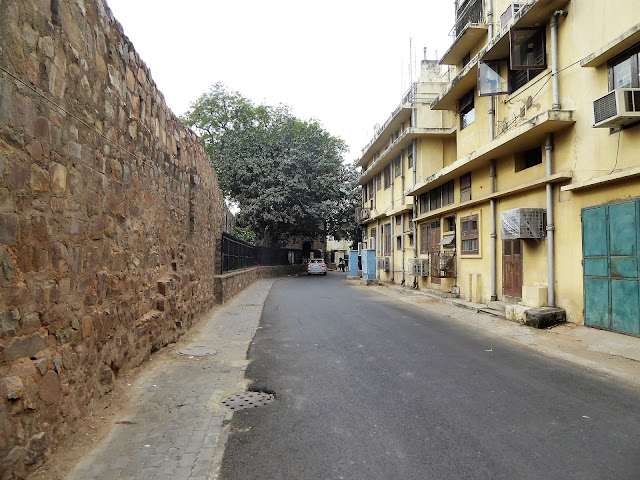 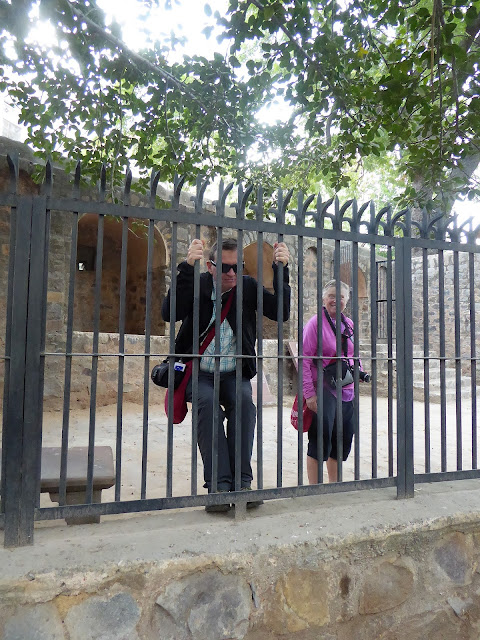 Bruce doing his best to demonstrate why Aussies are a bunch of ruffians who deserve to be behind bars. Jennifer looks on bemused. They had elected not to return to the Hotel Perfect and had upgraded substantially to the Hotel Park. Apparently it was excellent. 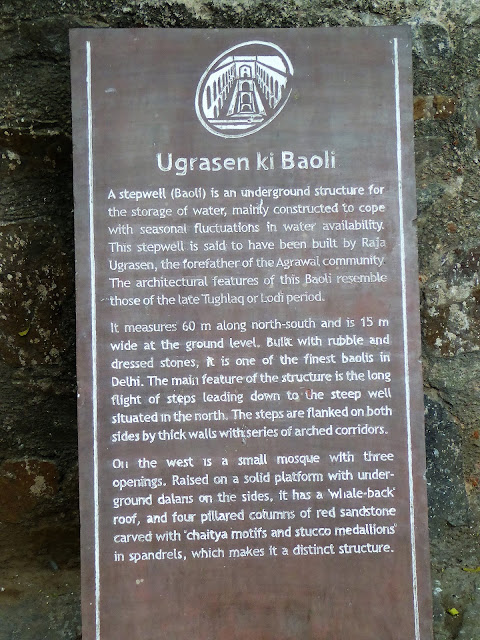 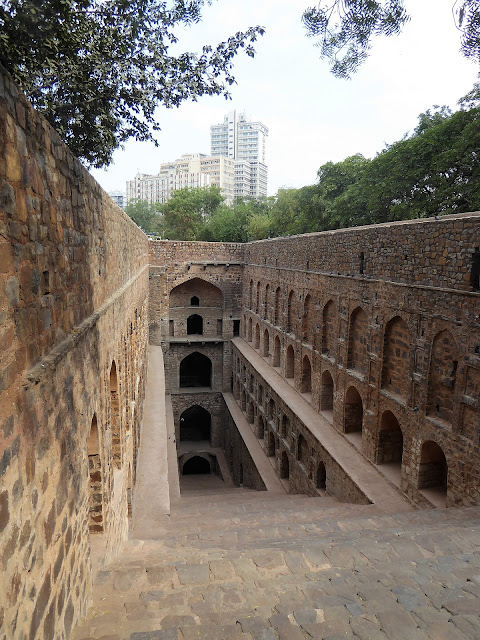 Entry is free and it is immediately obvious that this is nothing like the other step-well we had seen. 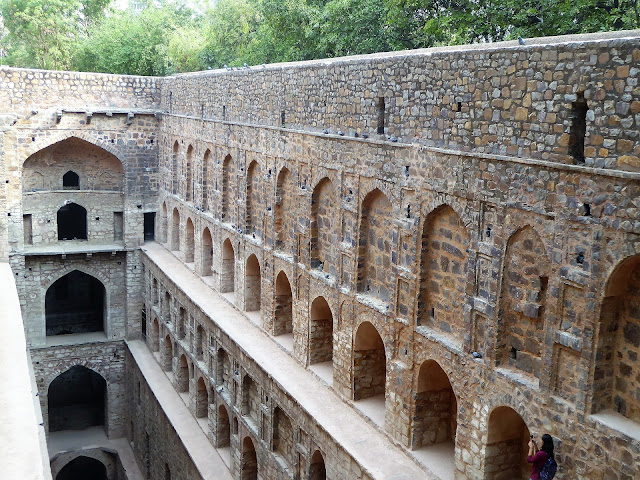 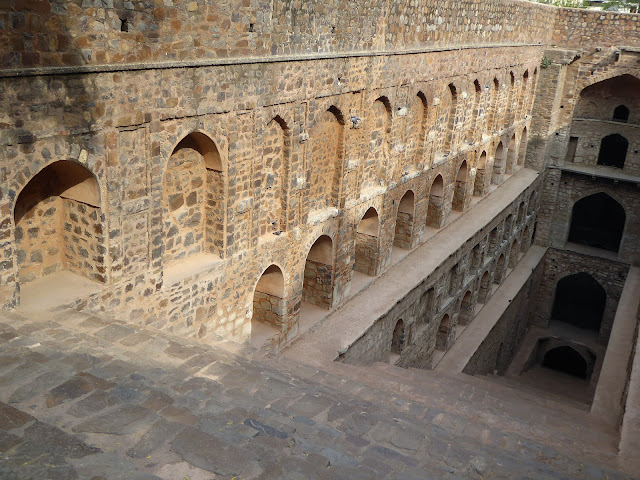 We gradually started to descend. 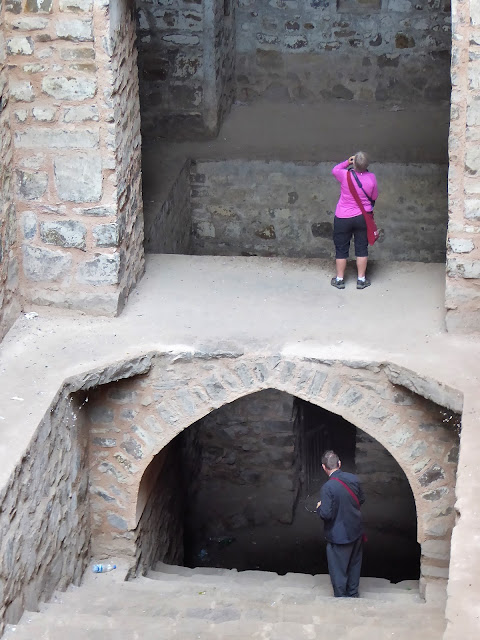 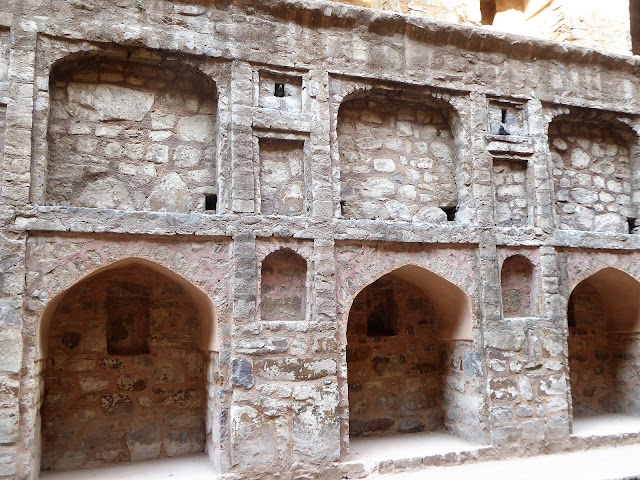 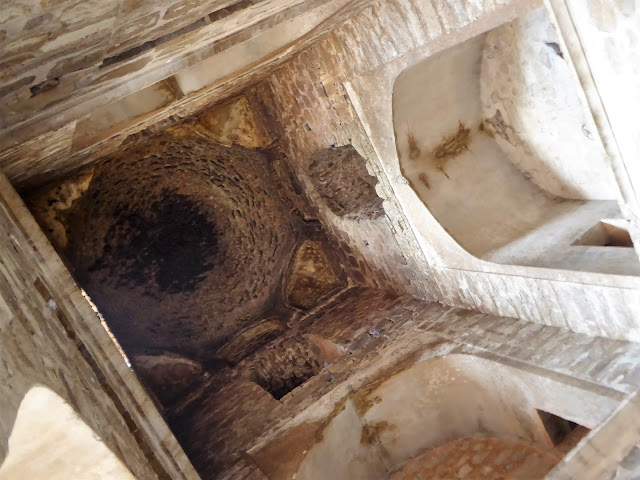 The ceiling. We could hear bats up there. 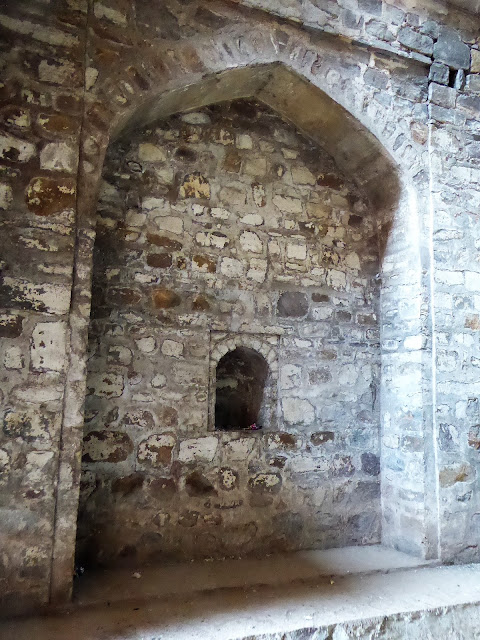 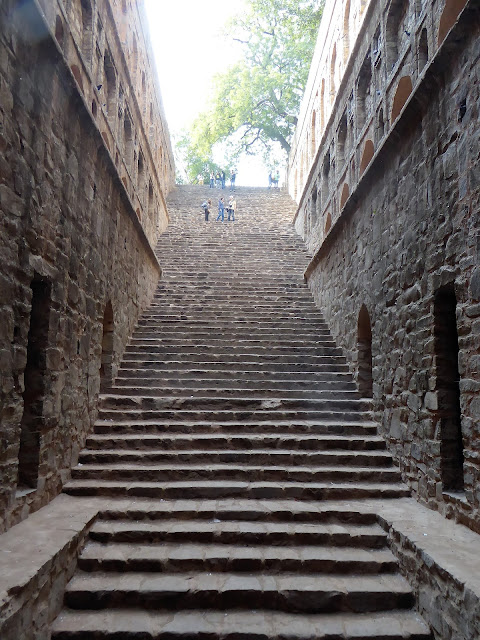 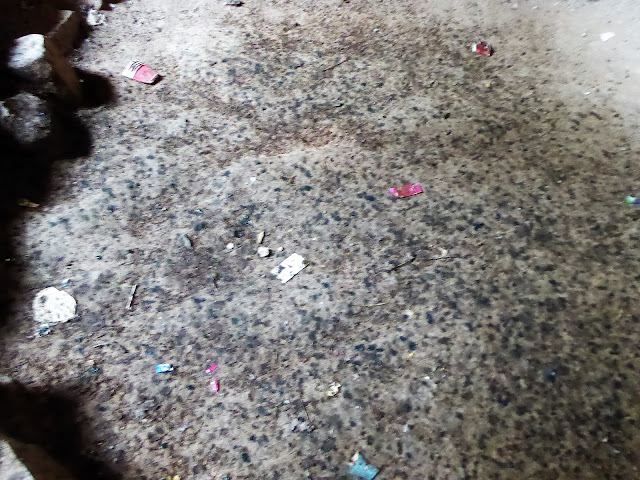 Droppings on the floor. This is where the water would have been when the step-well was in operation. 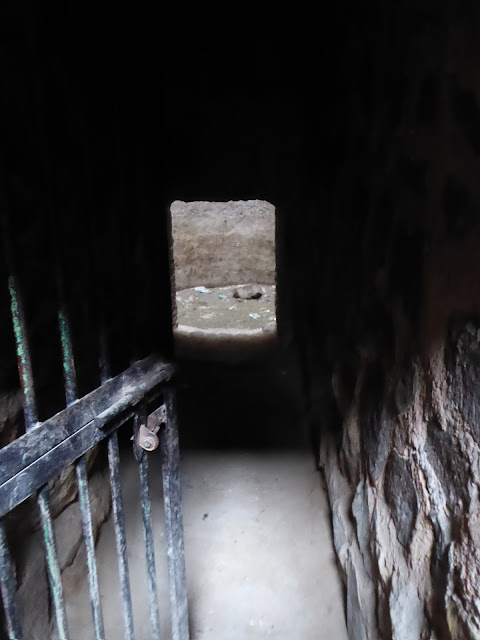 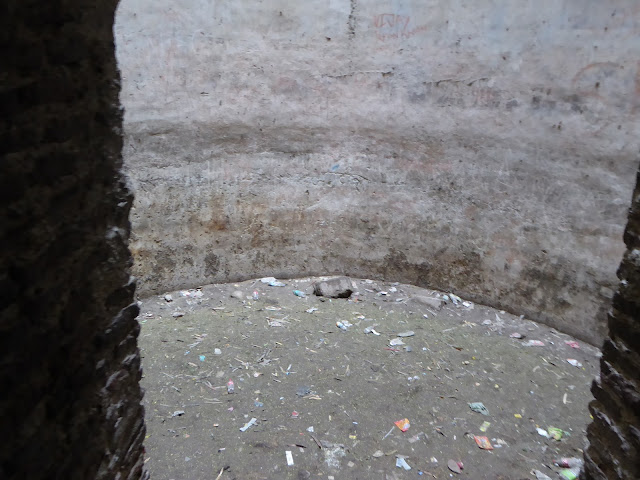 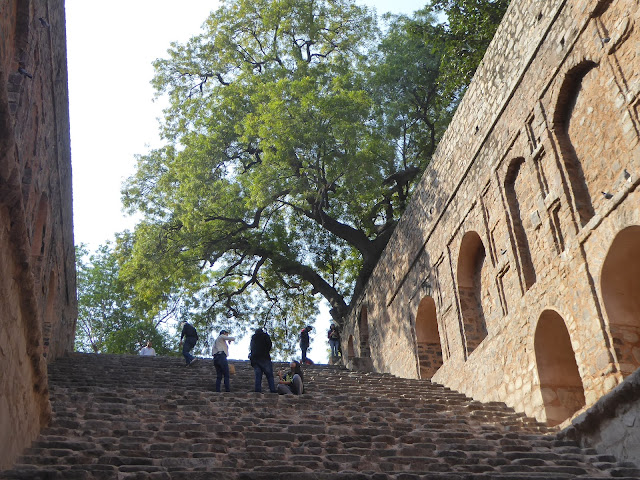 We climbed out, happy to have visited the place. 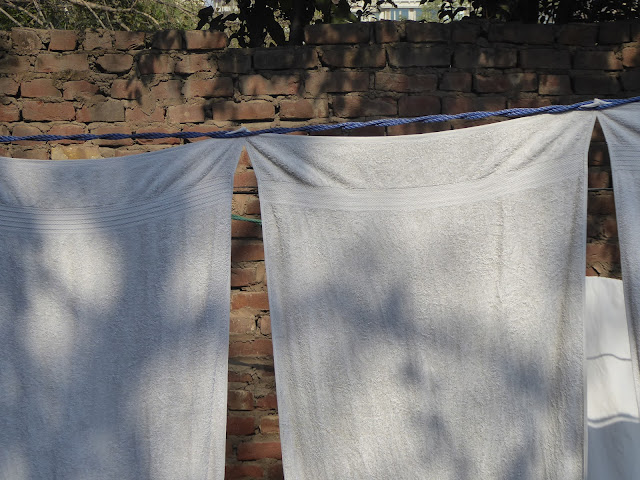 Bruce and Jennifer had arrived via another route and I made sure they got to see the street of sheets. Note how they don't use pegs. 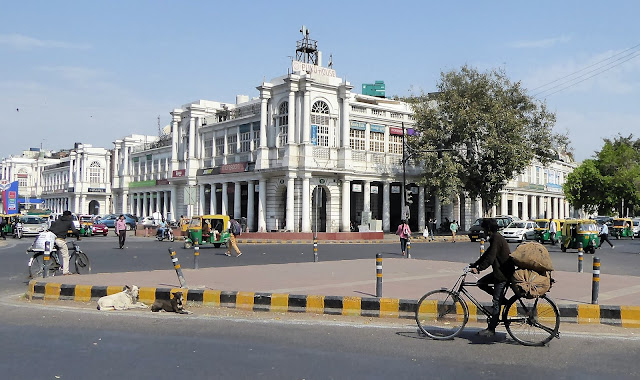 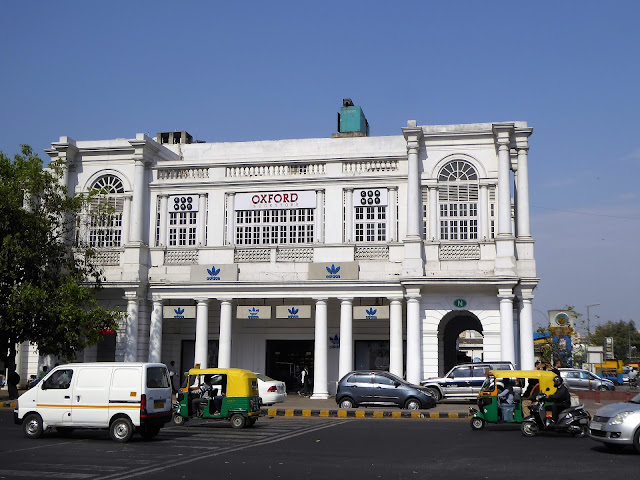 We decided to have a late morning tea and went to the Oxford Bookshop cafe which is Connaught Place. 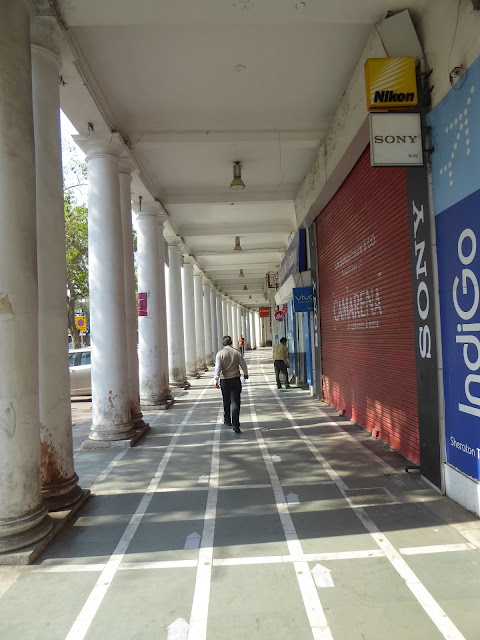 Columns that surround the Connaught buildings. 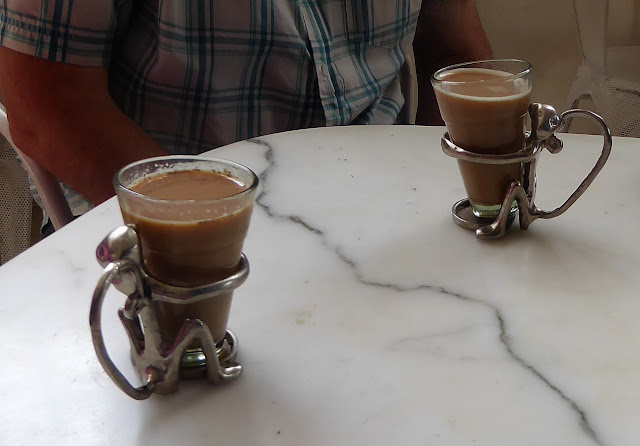 Bruce and Jennifer had chai from these leaning cups. They said the chai was very good. 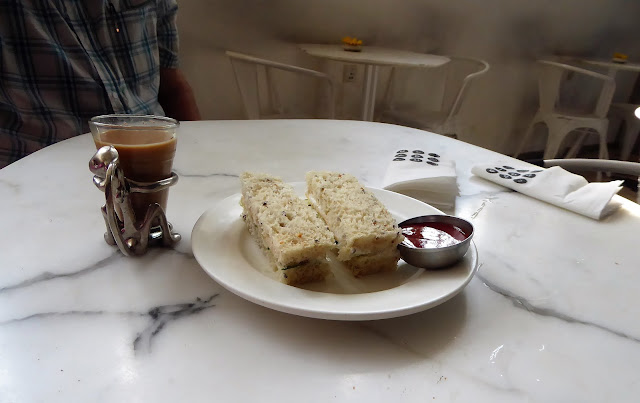 I had a couple of mango smoothies and these cucumber and cream cheese sandwiches which tasted fine. We then said our goodbyes and I head back to the hotel.

I had spent quite a deal of time with these Aussies and really enjoyed their company. They are both doctors and stopped practicing in Launceston and went to work with the indigenous population near Alice Springs. Hopefully I can catch up with them again some time.