Purgatory and the flight home

I came out of the Oxford Bookshop feeling very good and after a short Metro ride arrived back at the Hotel Perfect feeling quite chipper. I had survived all that India could throw at me. 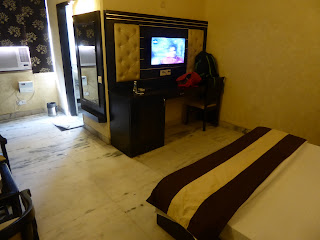 The room was very nice, away from the street and relatively quiet. There was no Dog Chorus the prior night. 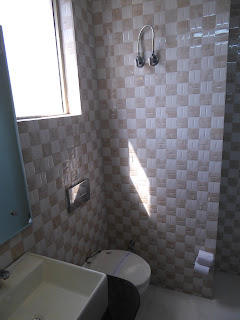 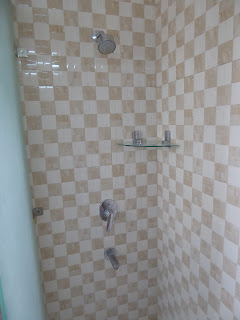 It was about noon and I was due to leave the hotel that night about 11 pm with Johanna who had arranged transportation to the airport. Her plane left a bit after 3 am and mine at 4:10 am. All I had to do was have a relaxing afternoon in the hotel.

I lay down for a nap where I started having a very weird and colorful dream where I was walking along a four foot wide spongy path in a very colorful indeterminate atmosphere that I seem to remember was colored orange or red. When I woke up I realized that all was not well. My stomach was feeling nauseous and I was extremely thirsty. Fortunately there was no problem with my bowels but I was concerned. Fortunately I had plenty of water and after a few hours I improved enough to realize that I would be able to take the plane that night.  A shower helped.

At 11 pm I met Johanna and we had an uneventful ride to the airport which was very busy.

To actually get into the airport you have to show your passport and some evidence that you are flying out of there that day. I had forgotten my printout but eventually remembered that I had an email on my cell phone from Etihad that I could show the guard and I was let in. I said goodbye to Johanna who returned to Belgium. She since has been given crutches to help with her ankle.

I checked in and eventually managed to get through Passport Control which had a long line that snaked back and forth. It was quite hot and not comfortable. Eventually I got to my gate and had a cold drink.

The flights home on Etihad were both very crowded but fortunately I managed to change my window seat to an aisle seat near a bathroom. The hostess for my section really took care of me and made sure I had fruit and drinks.

Before boarding the plane to Dulles at Abu Dhabi, your go through US customs and immigration so that you don't have to do this at Dulles itself. Very convenient. The 12 hour flight was otherwise fine and I managed to catch the train from Union Station up to Perryville where I was rescued by Nurse Marianne. I think I fell asleep between each station.

I was quite wrecked for a couple of days and I could not get rid of the feeling of nausea. But here comes the really weird part. I went to bed a few days later about 9 pm and eventually the walking path dream came again only this time the color was a bright luminous green. Somehow I got the sense that I was to be returned to normal life and suddenly the dream stopped. I woke up and my my brain was totally clear and the nausea was gone.

Don't ask me to explain. It must just be India.