Local bus from Jaipur to Abhaneri

You probably have not heard of Abhaneri and neither have most Indians. It is a tiny village with a step well and a very interesting hotel. 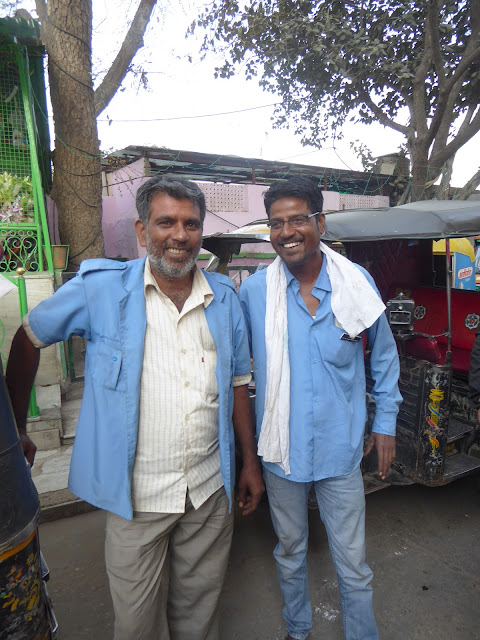 A small fleet of tuk-tuks took us to the bus station. When we are carrying luggage there are two people per vehicle. When there is no luggage we squeeze in three. Typically we pay 150 rupees for a trip and experienced India hands would say we pay too much.

I think that in Jaipur, tuk-tuk drivers who carry tourists are required to wear blue jackets. 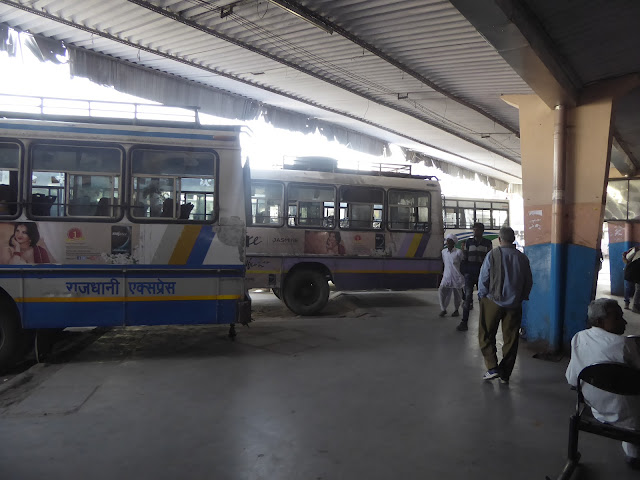 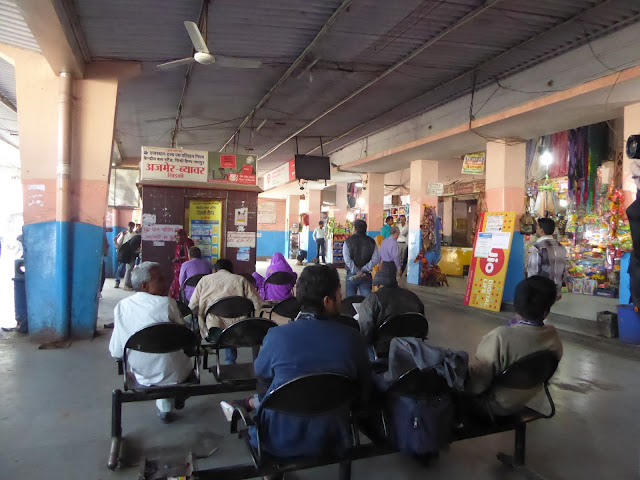 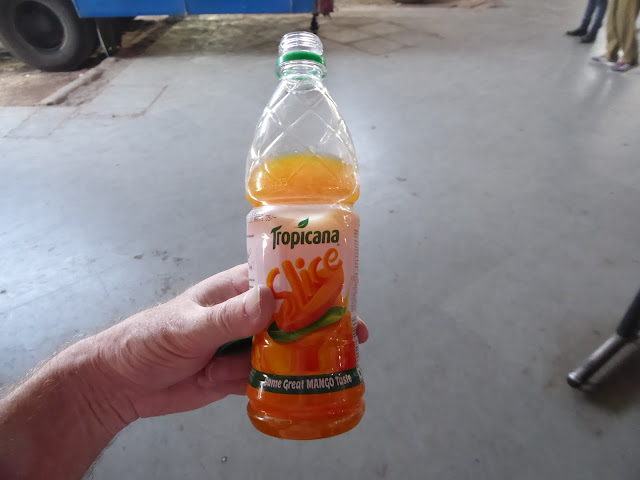 I was in need of some juice so I tried a mango juice which is much more common than orange. The mango is the national fruit. 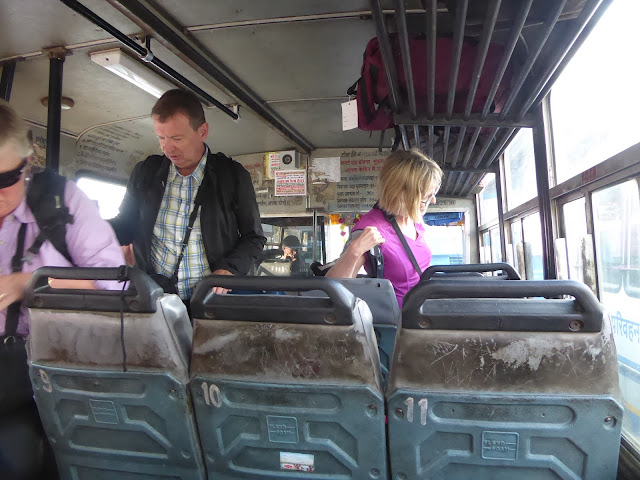 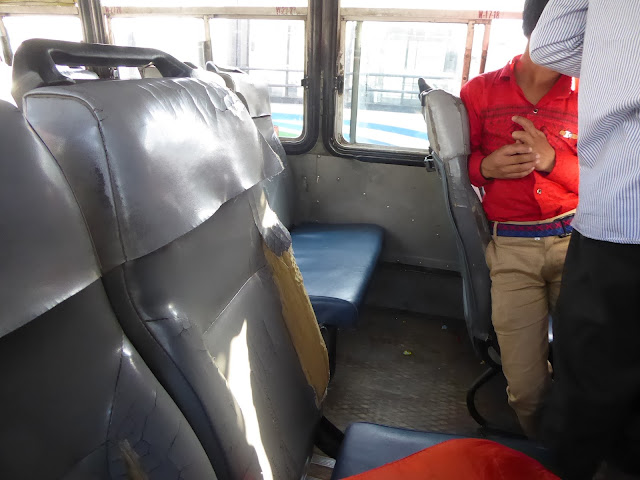 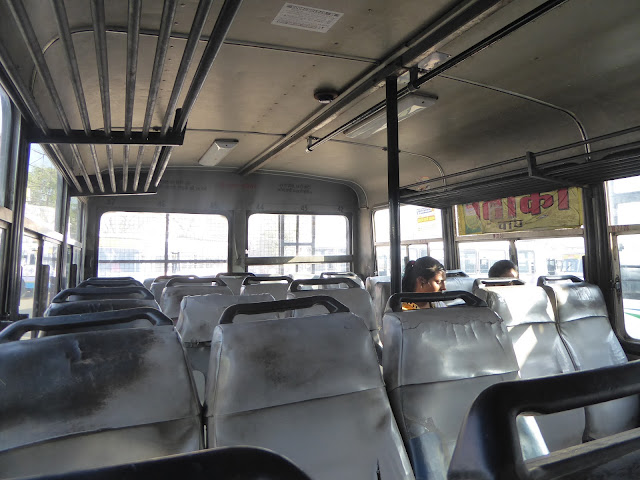 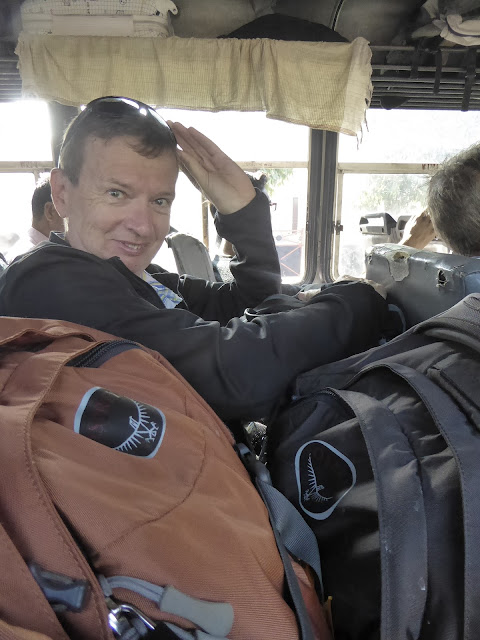 There was no room in the overhead compartments for larger luggage so Bruce and Jennifer bought an extra seat for 100 rupees. They were soon glad they did because the bus was soon full as it picked up passengers. 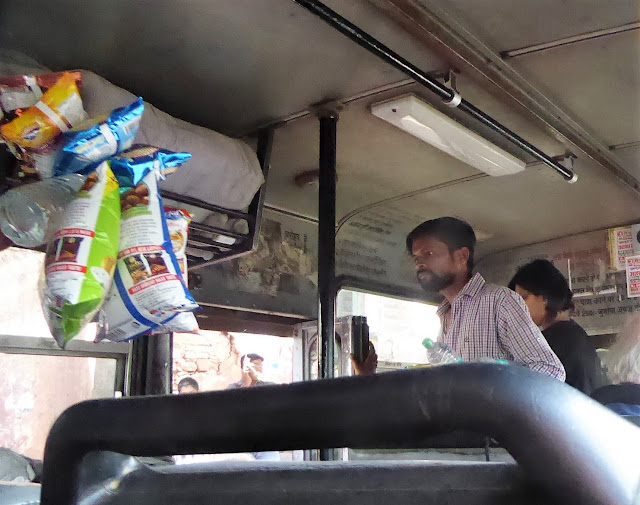 A vendor came on board selling potato chips etc. 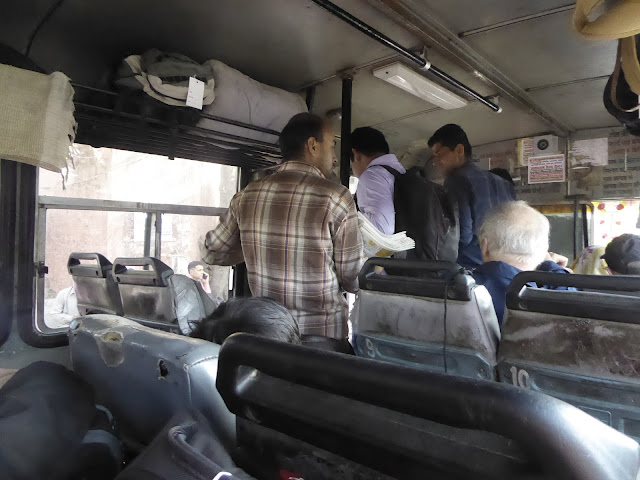 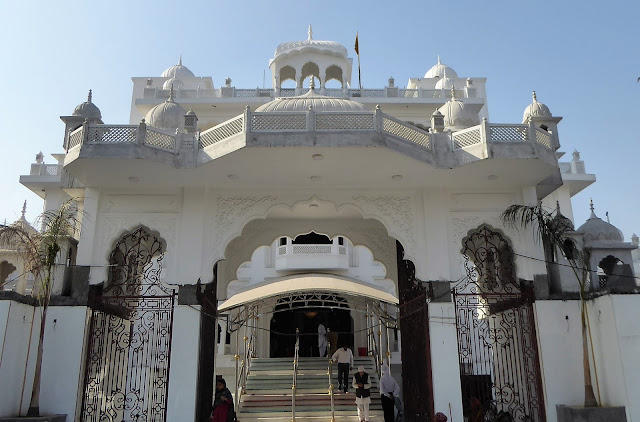 The bus set off and seemed to stop every few miles. Occasionally we would pass an intriguing building such as this temple. 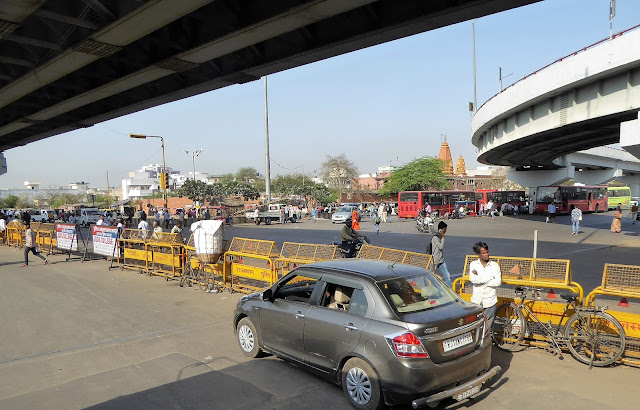 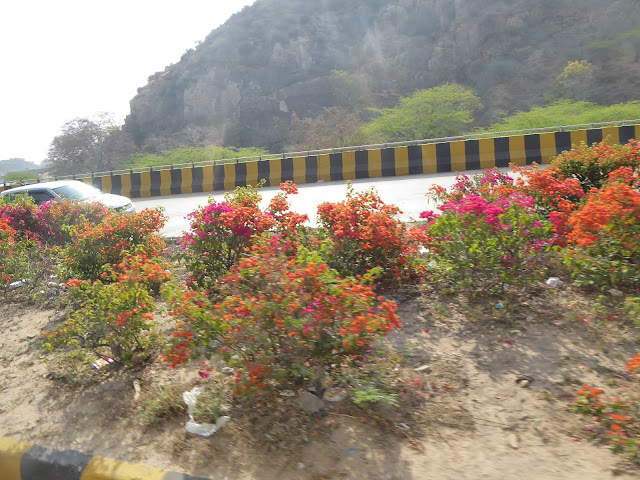 On one of the major divided highways they were growing flowers in the middle. 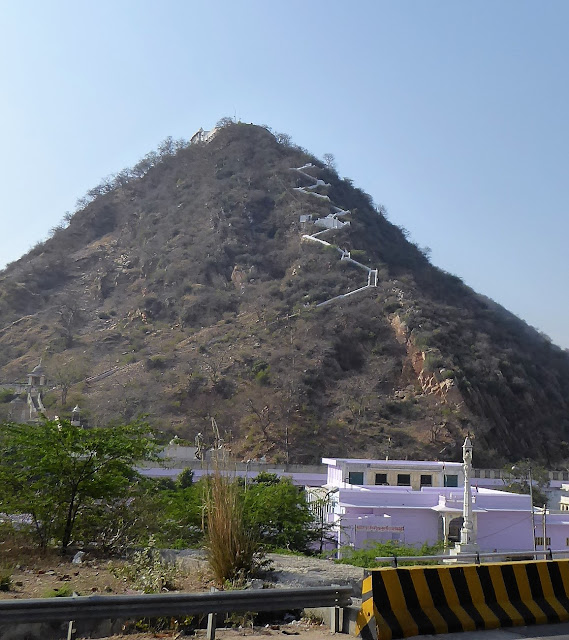 Another fort on top of a mountain in the middle of nowhere. Most of travels have been on flat land but occasionally there are mountains. 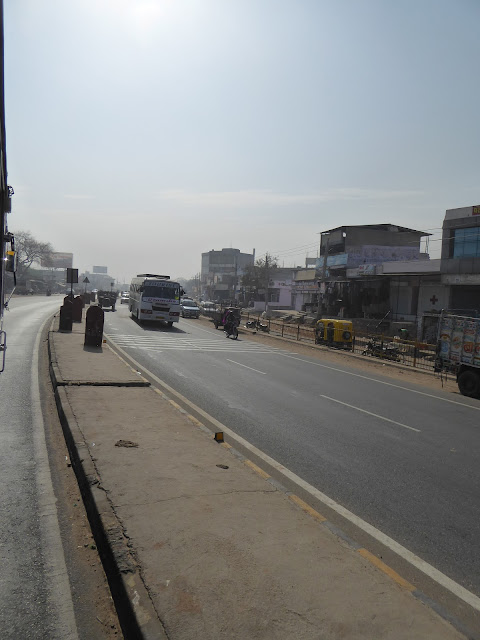 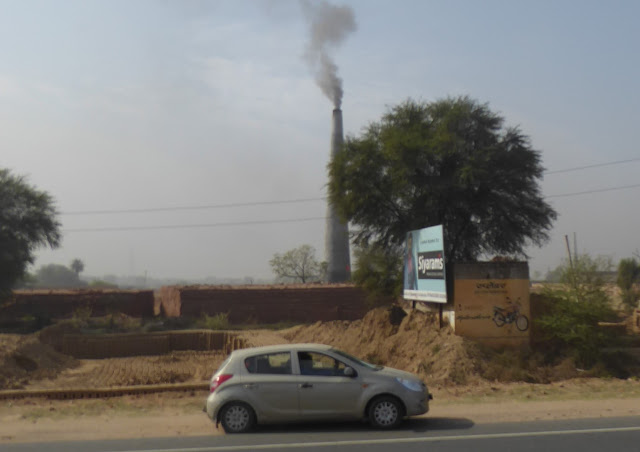 Chimney for a brick maker. There were a lot of them all belching smoje. 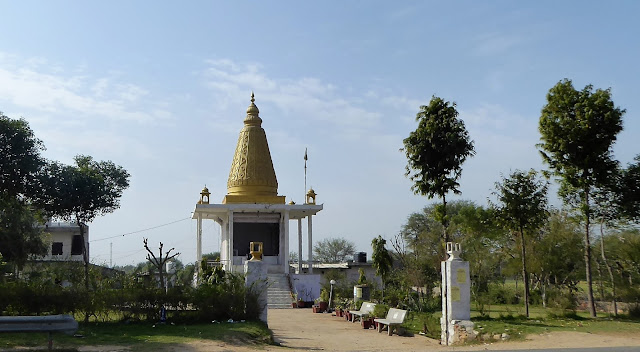 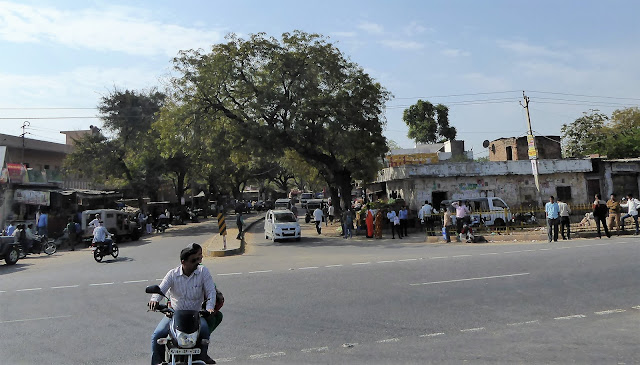 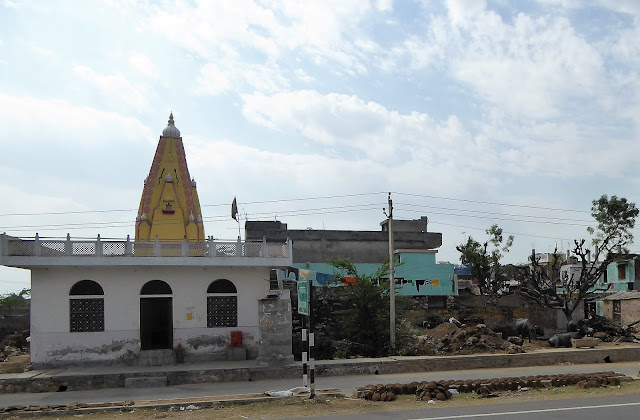 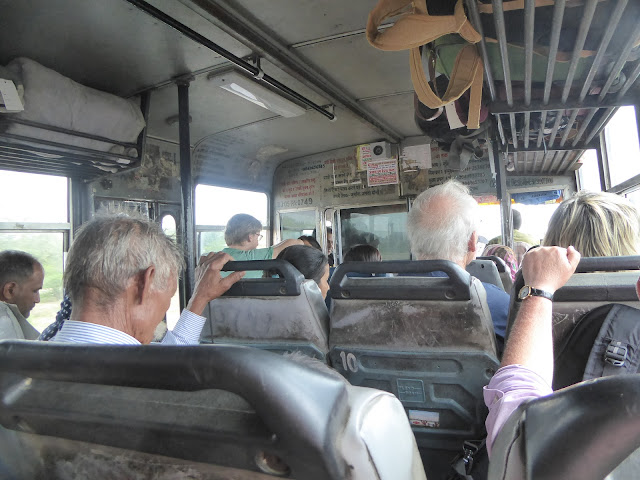 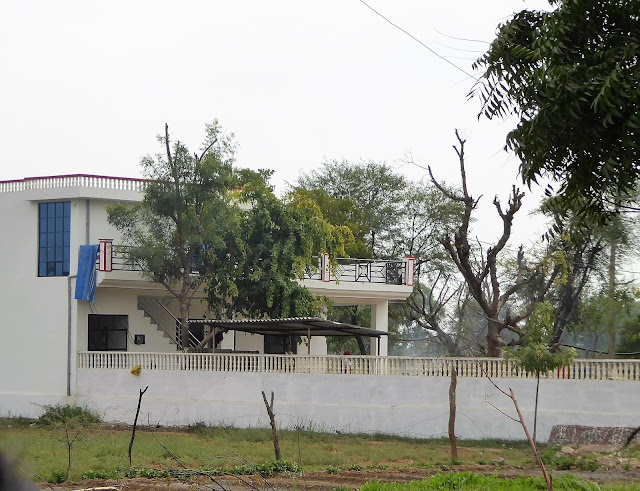 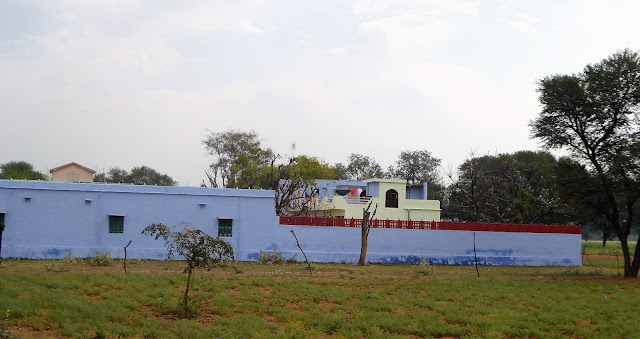 Not everybody lives in a hut. 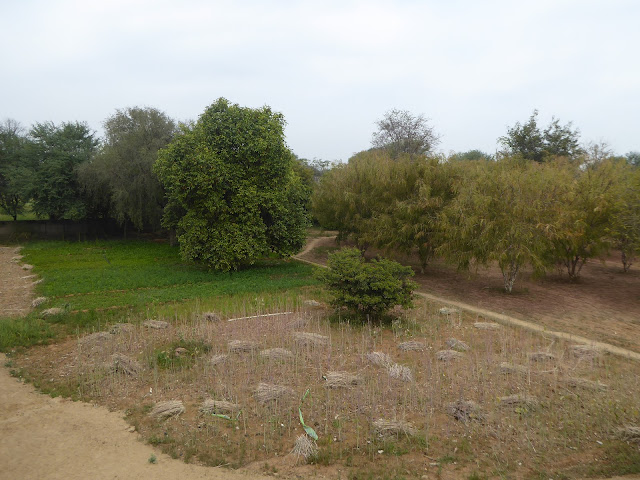 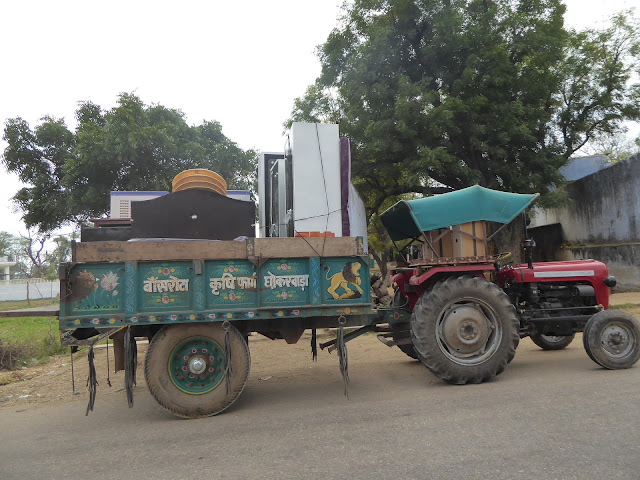 We eventually came to our destination where we were loaded into jeeps which took us to our hotel. No, we did not ride in this cart.

The bus ride was not as bad as I feared and only lasted a couple of hours. There was plenty of breeze and it was interesting to see all the locals getting on and off. However, I suspect they cursed us because we took up so many seats.