We spent a relaxing late afternoon watching the sea go by from the comfort of our cabin.. 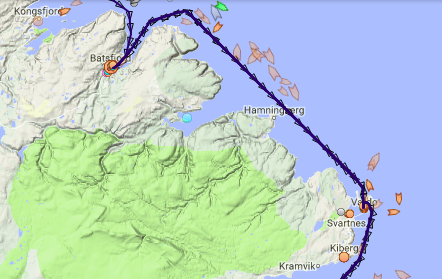 We proceeded in a North Westerly direction. 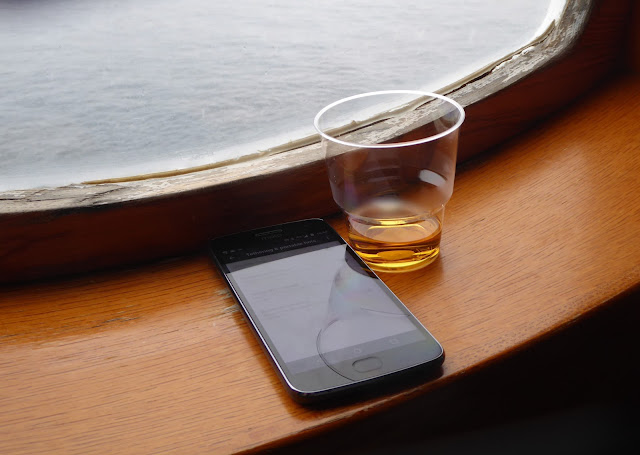 Booze on the boat is very expensive so we brought along a bottle of Laphroaig whiskey as a restorative from the cold, wet, sleet, snow, hail and general pestilence. It is very peaty and did the job very well. 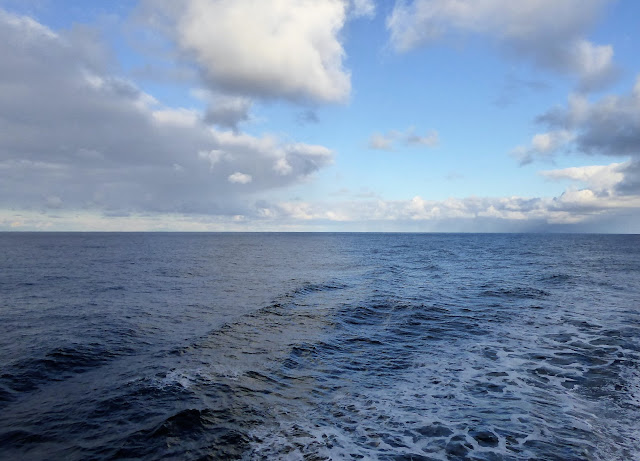 An announcement was made that we might see whales and yes, I did see some from the cabin window. However by the time I got to the deck to take some photos, they were far behind us. The ship travels at 17 mph. 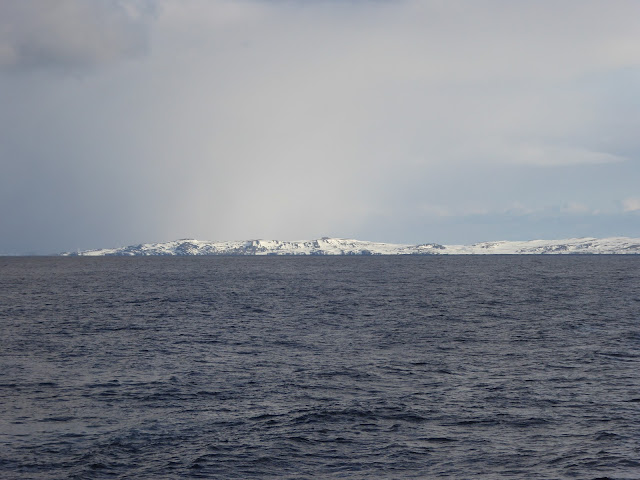 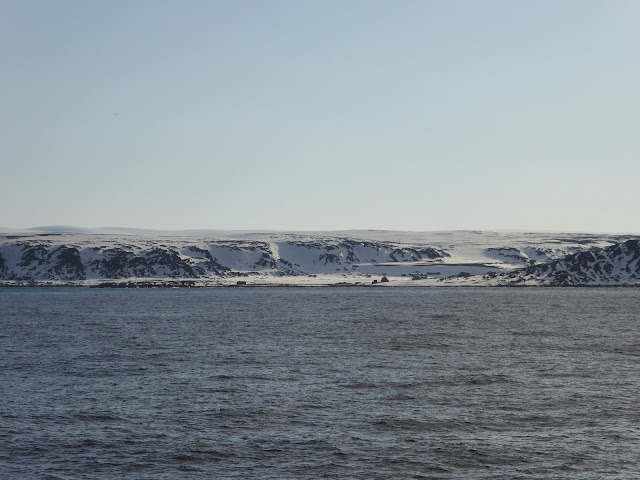 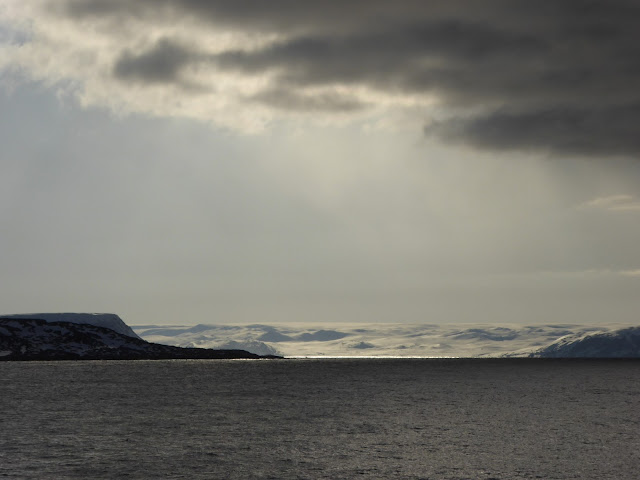 It's magnificent scenery and the gloomy clouds make it all more mysterious. 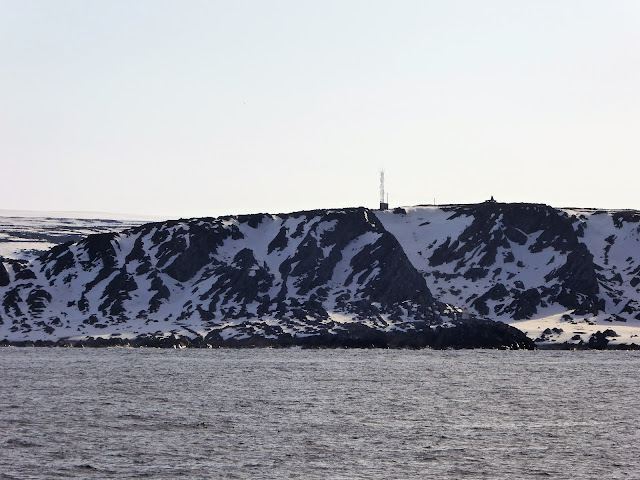 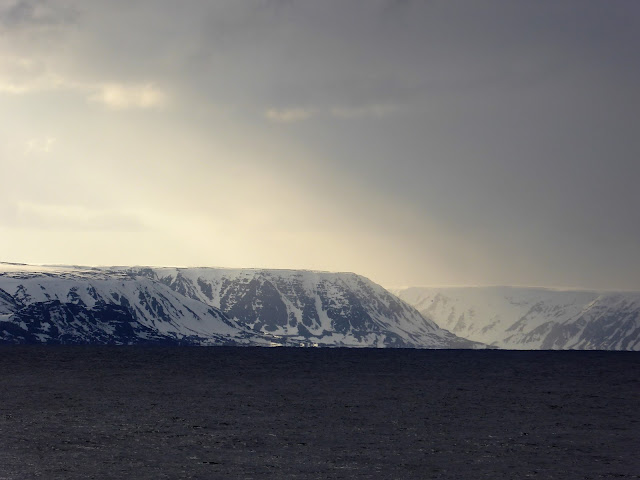 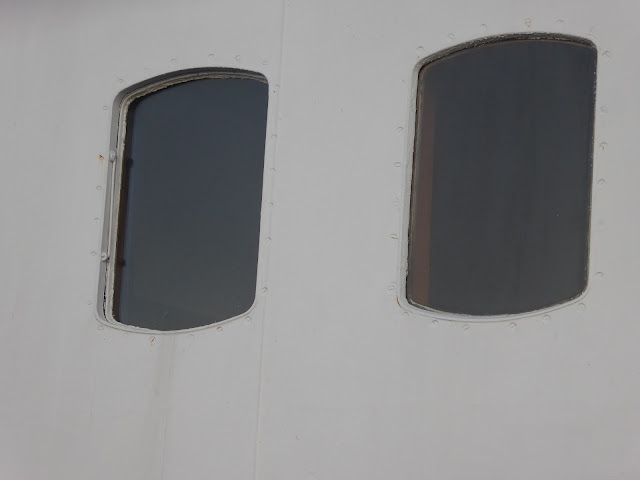 We stopped at Batsfjord and this time our side of the ship was next to the wharf. These are our two windows. 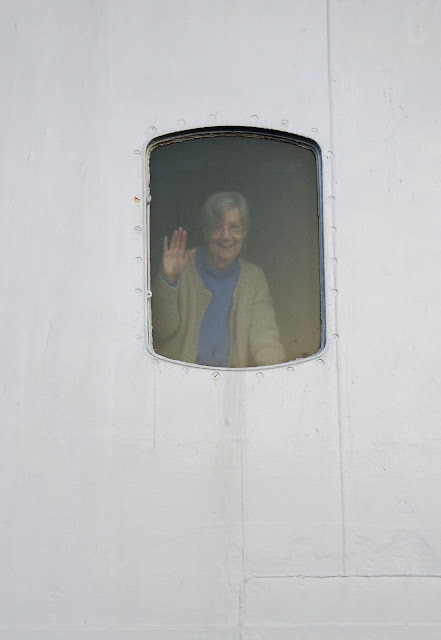 A lazy sod who did not go ashore and brave the cold. 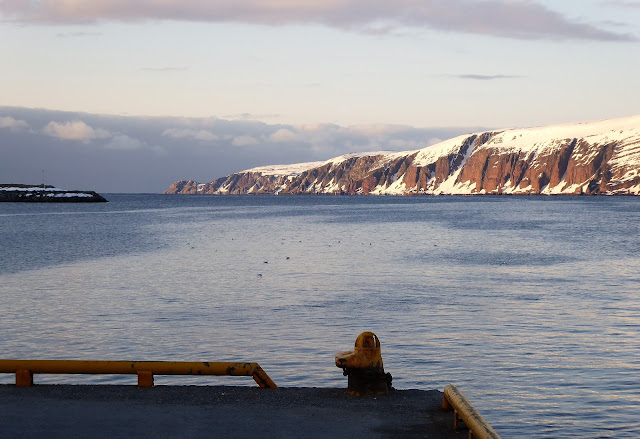 Entrance to the harbour. 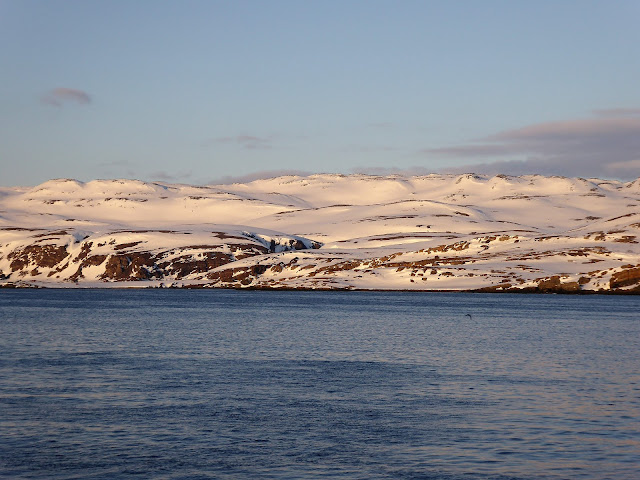 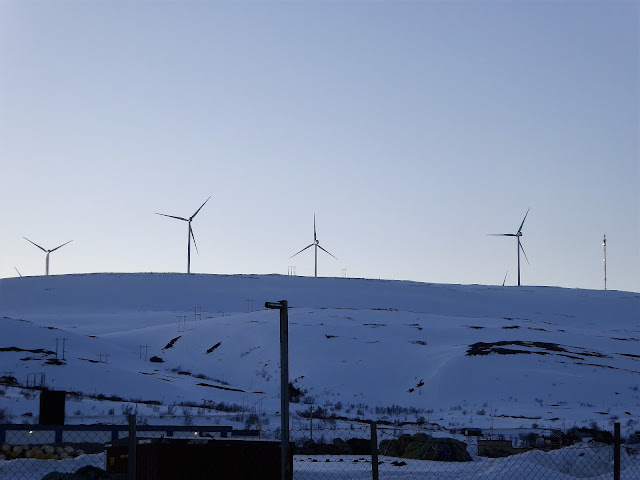 There was virtually no wind so they were only turning very slowly. 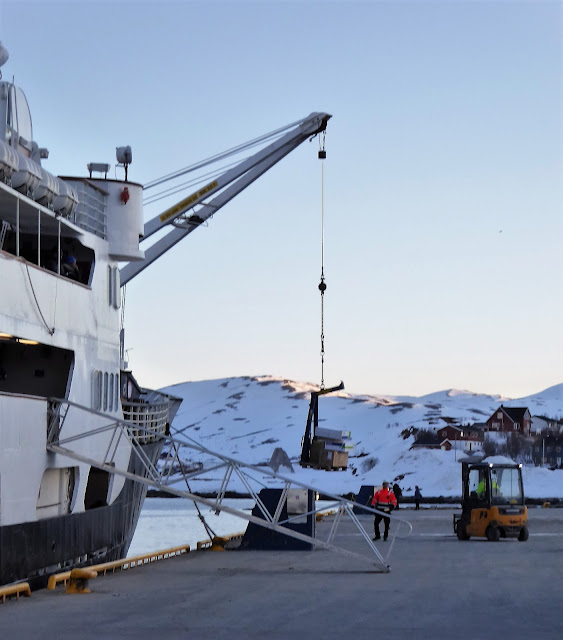 The ship is a working vessel as well as cruise ship and cargo was being unloaded using the ship's crane. 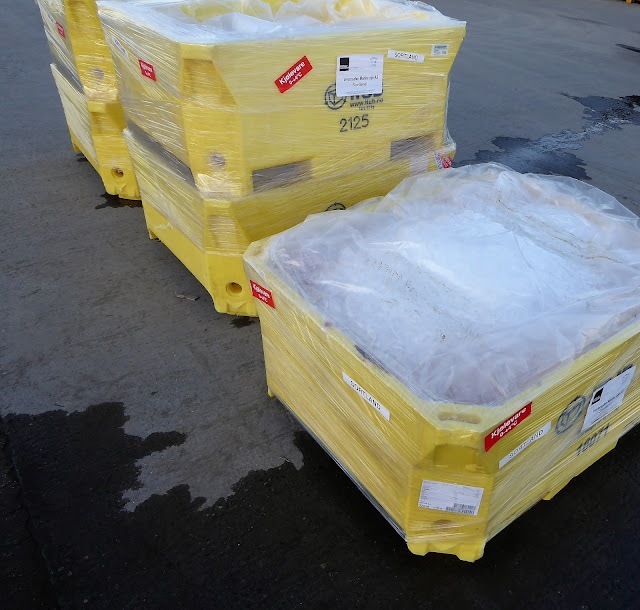 I think this was fish and it was packed in ice. 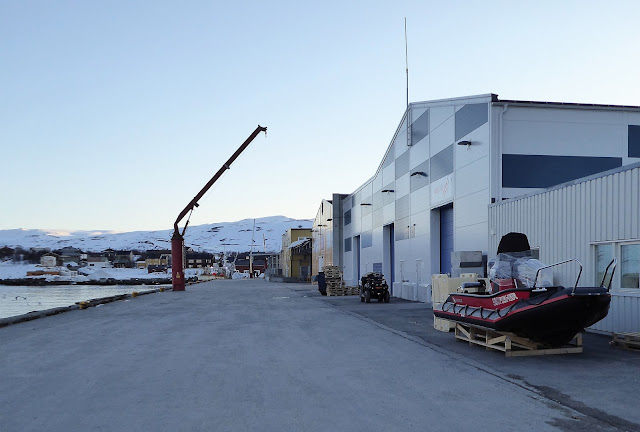 Some of the passengers walked into the town but I decided to just walk along the dock. It was quite cold. 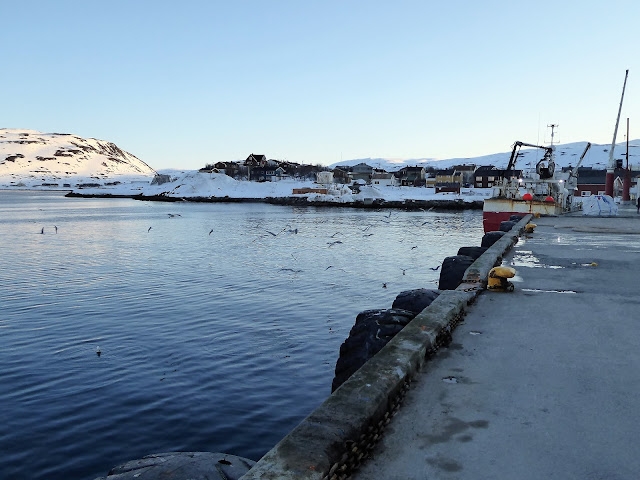 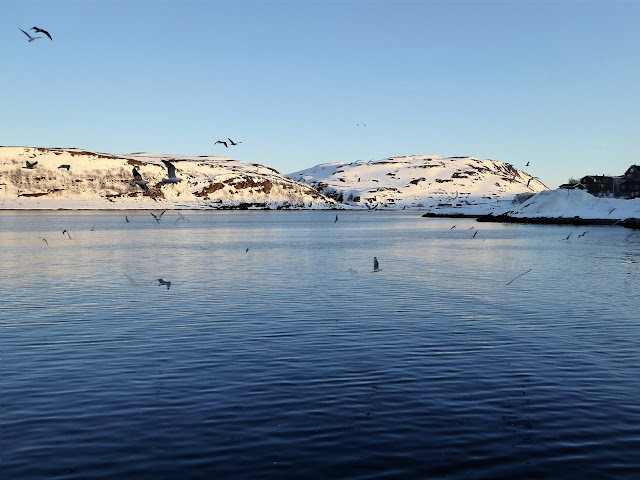 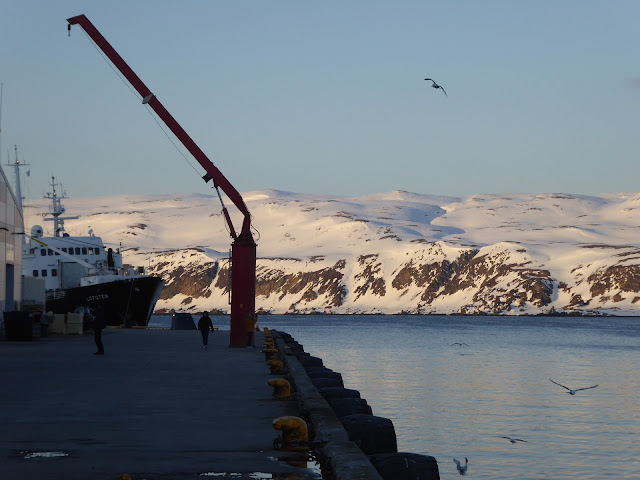 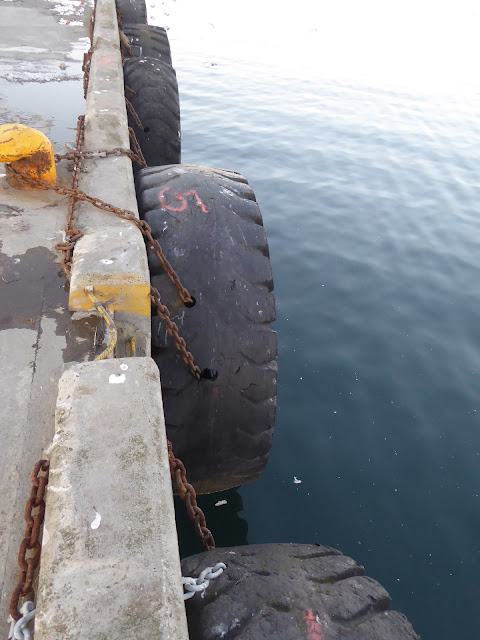 The tires are about 9 feet in diameter. 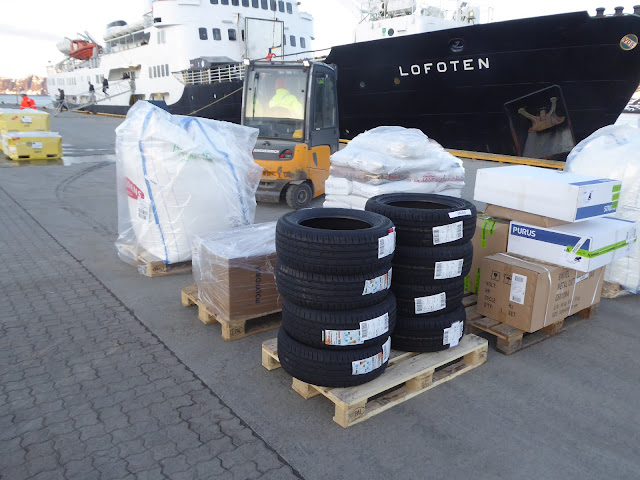 By the time I returned, more cargo had been unloaded. 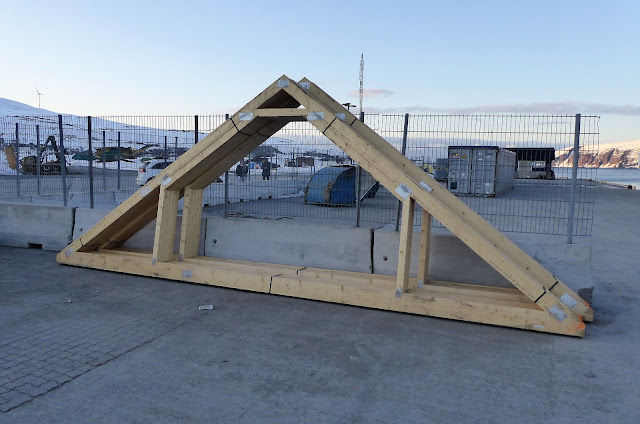 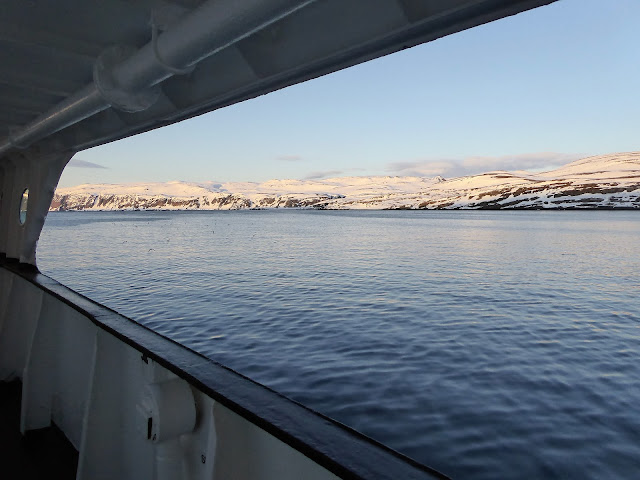 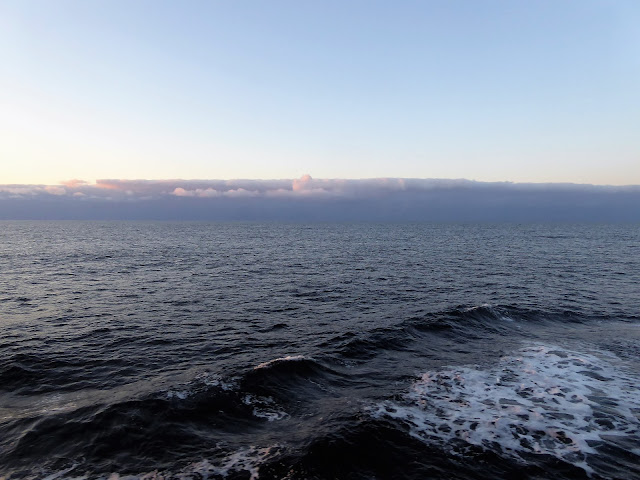 Off in the distance to the north was a huge bank of fog that covered the whole horizon. 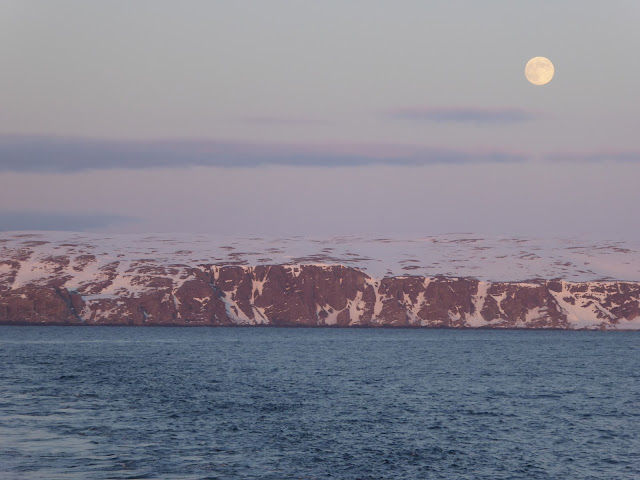 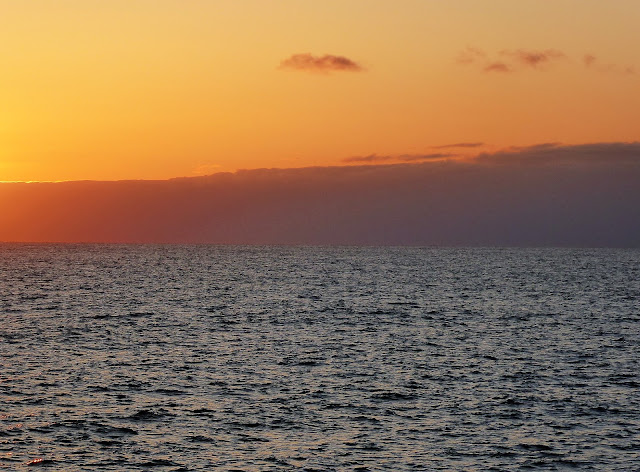 The sun behind the fog bank. 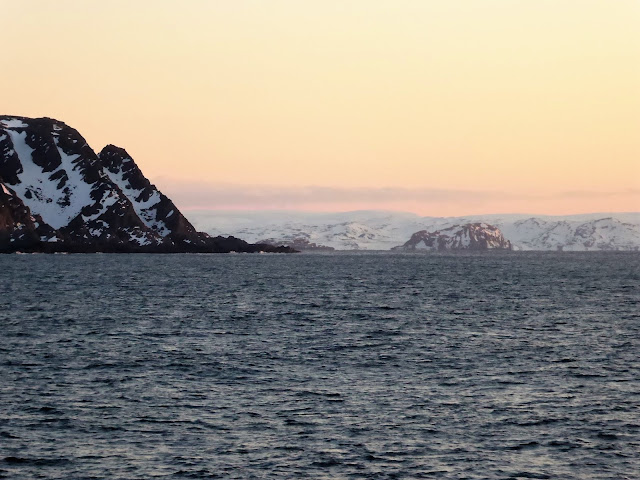 What can you say when you see a scene like this other than wow.