We arrived on time at Vardo at about 4 pm. I had enjoyed a well deserved nap and woke up feeling much refreshed and while I had not felt sick, I was quite conscious of the ship rolling. The nap helped and I felt much better. As I type this just before 10 pm I am not noticing the waves at all now. 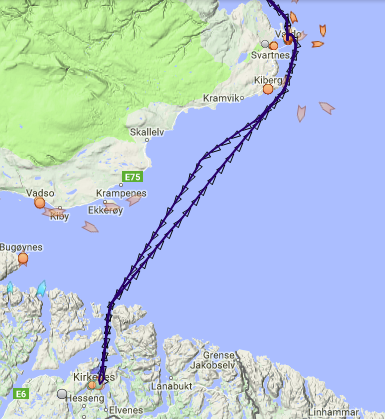 The route of the ship. 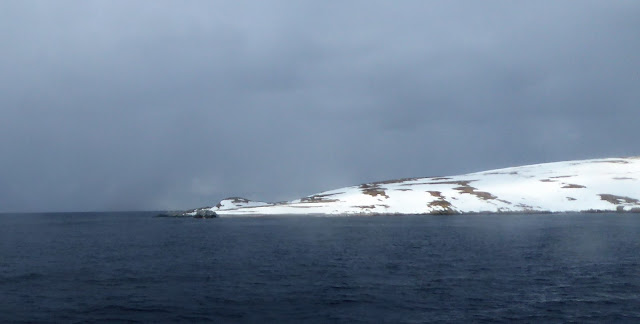 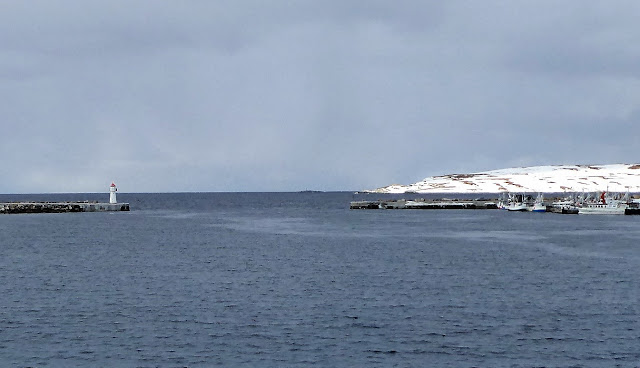 Entrance to the port of Vardo. 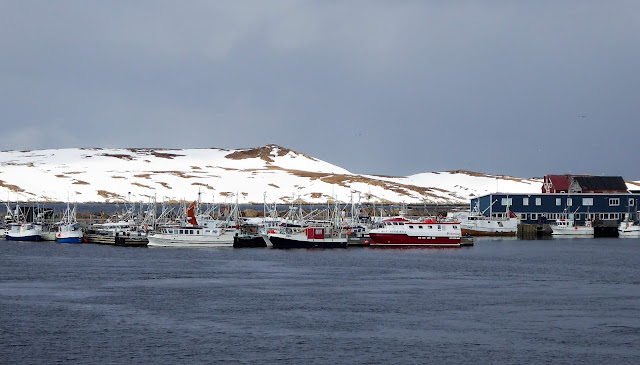 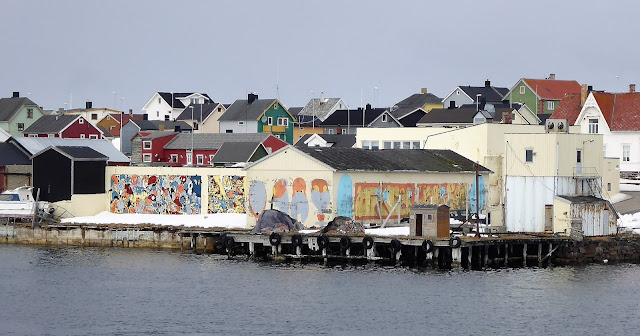 Colourful building on the other side of the harbour. 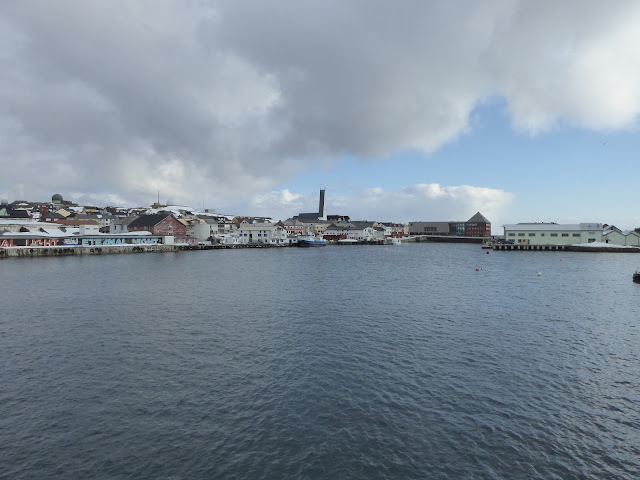 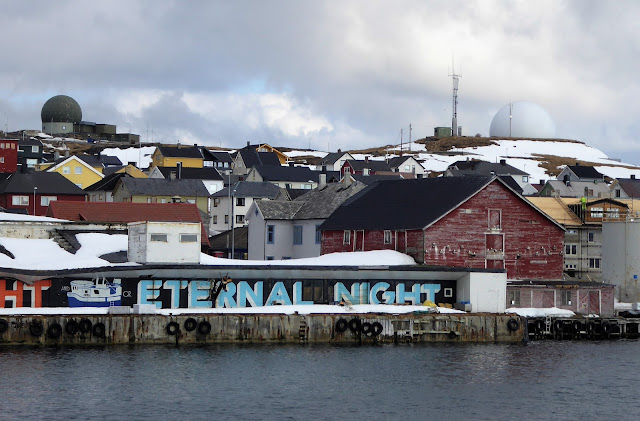 I presume they are radar stations and possibly for military use since Vardo is the most easterly port in Norway. An interesting story about the radar station here. 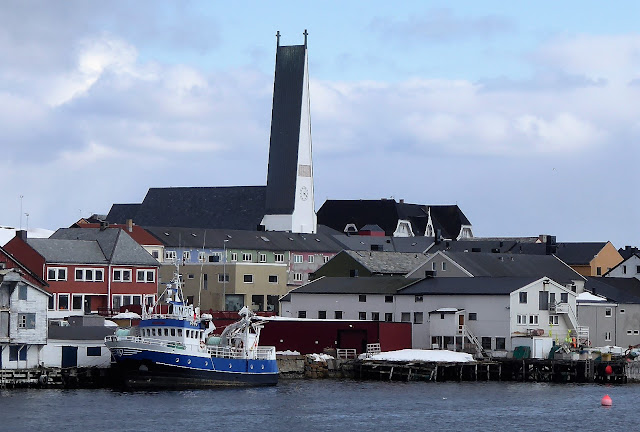 There was no time to visit what I think is a church. Much of Vardo was destroyed in WWII. 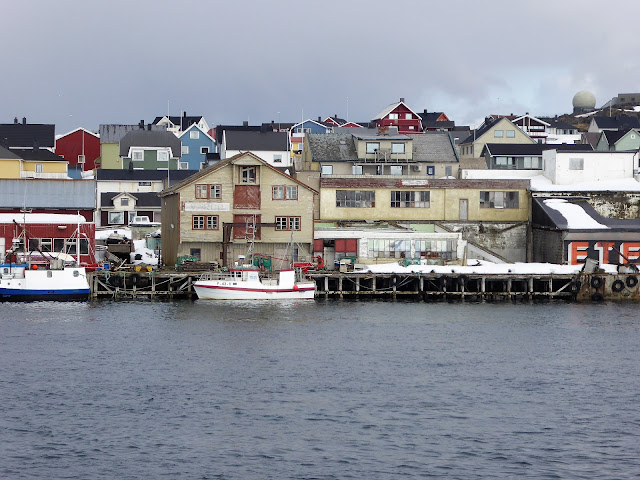 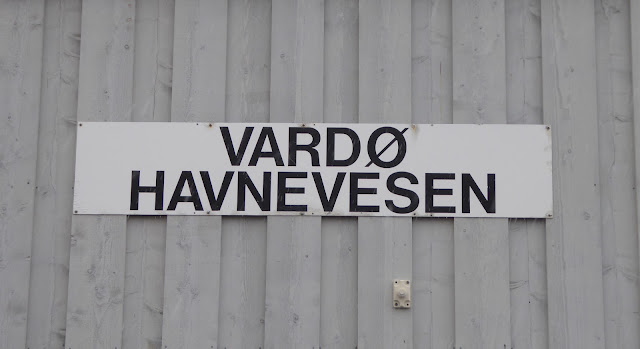 Many passengers disembarked and went to explore. It's a bit of a scrum so in future I will wait five minutes and then leave the ship. 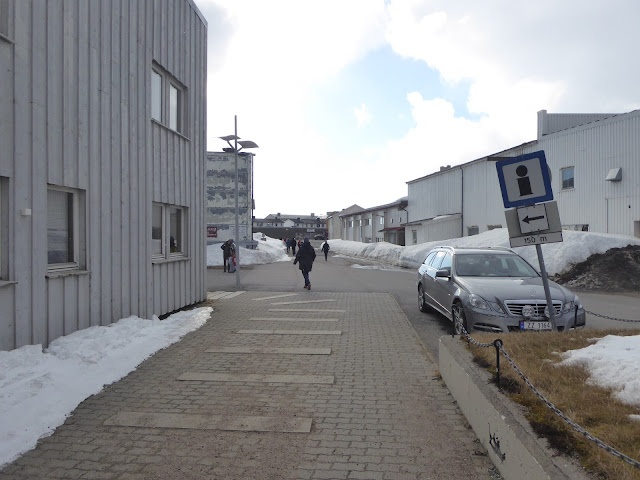 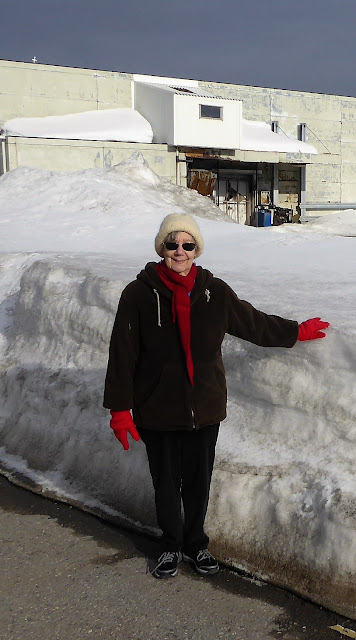 Plenty of snow and if anything it was colder than Kirkenes. 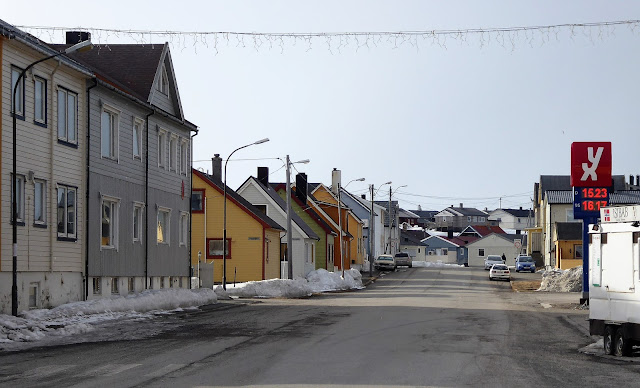 You could shoot a cannon ball down the streets of Vardo on a Sunday afternoon and nobody would be hurt. 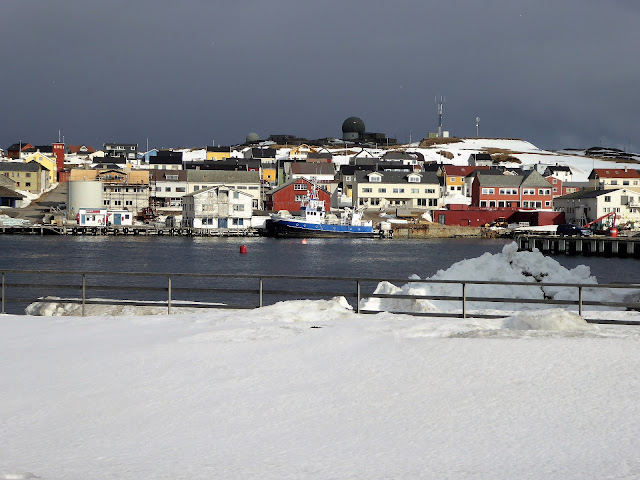 It looked prettier across the other side of the harbour. 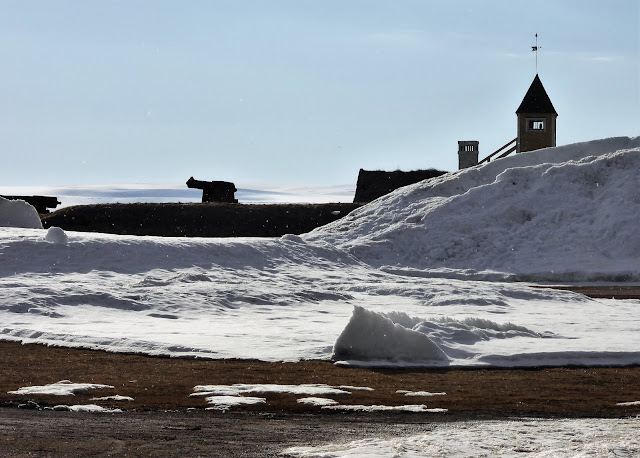 It was not far to one of Vardo's main attractions, an old fort. It is worth clicking on the link and reading the history of the fort, particularly in WWII when there was a 'flag battle'. 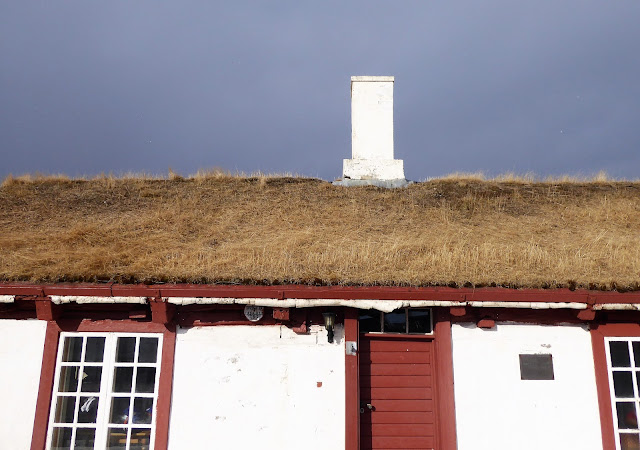 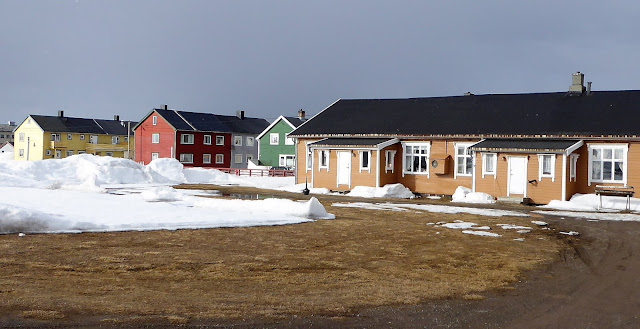 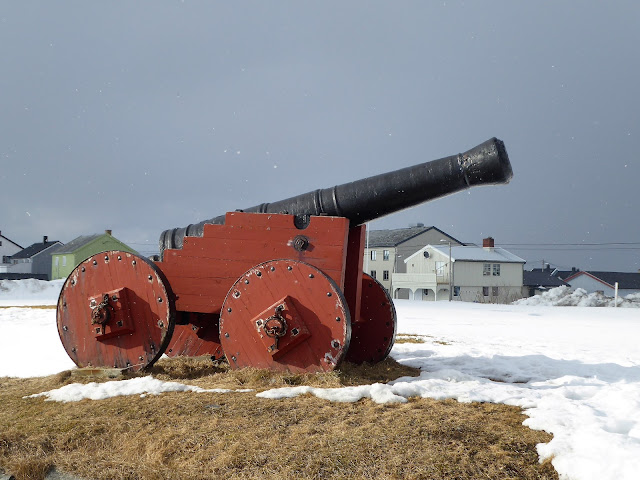 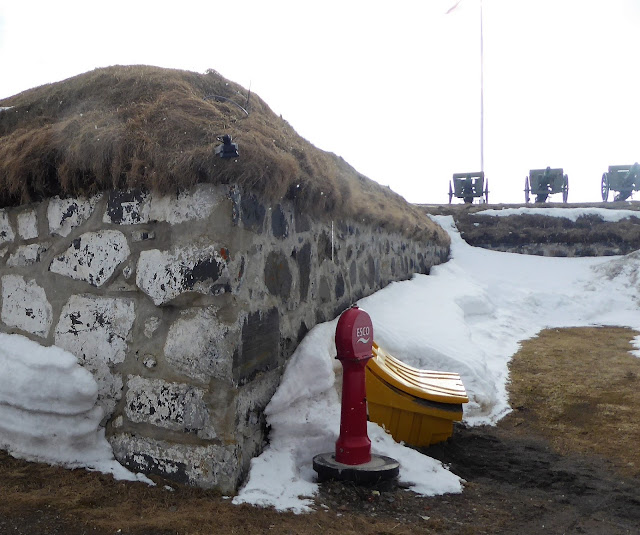 The fort was built in the shape of an eight pointed star and it is the most northern start fort in the world. 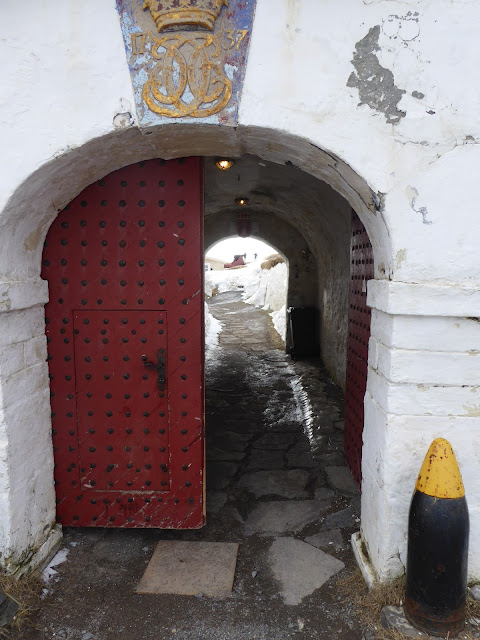 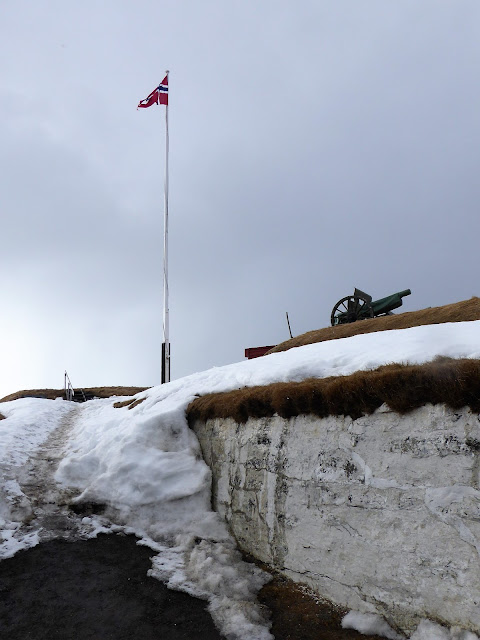 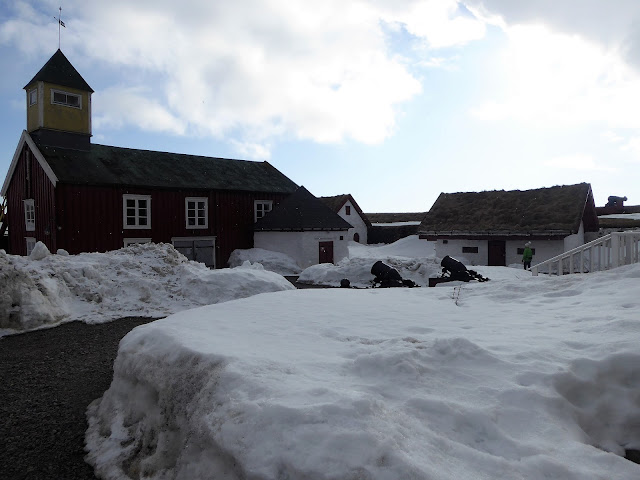 There were huge snow banks everywhere. 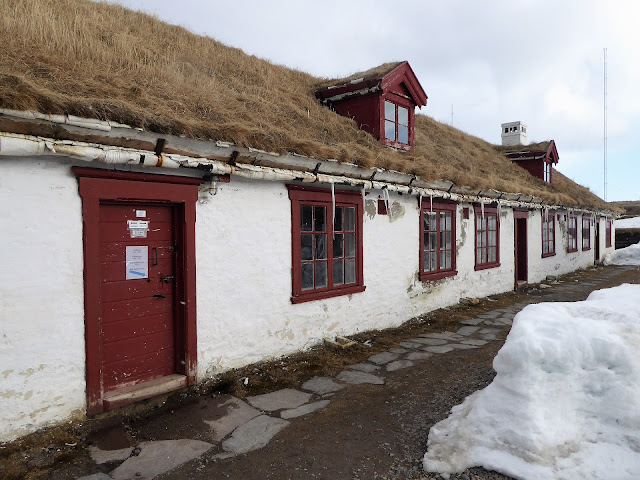 There are quite a number of buildings within the fort walls. 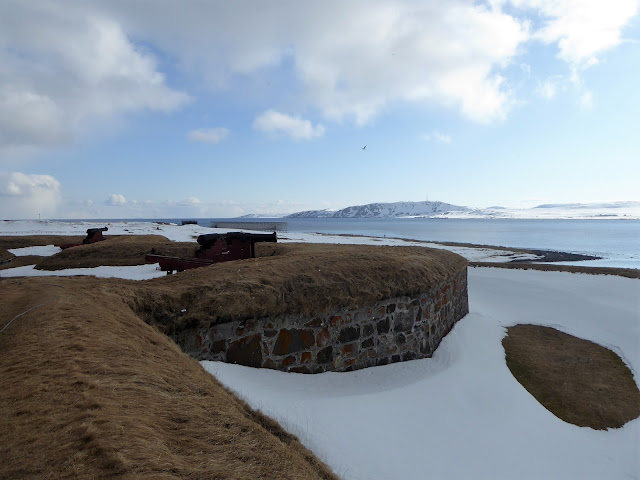 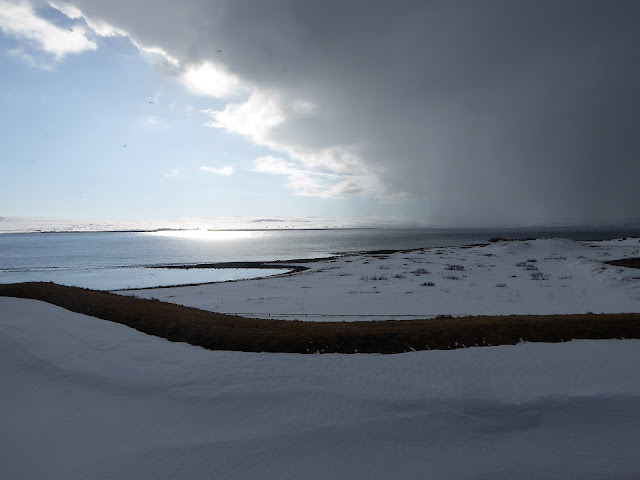 I climbed onto the western wall and was greeted by this view with a snow storm approaching from the right. 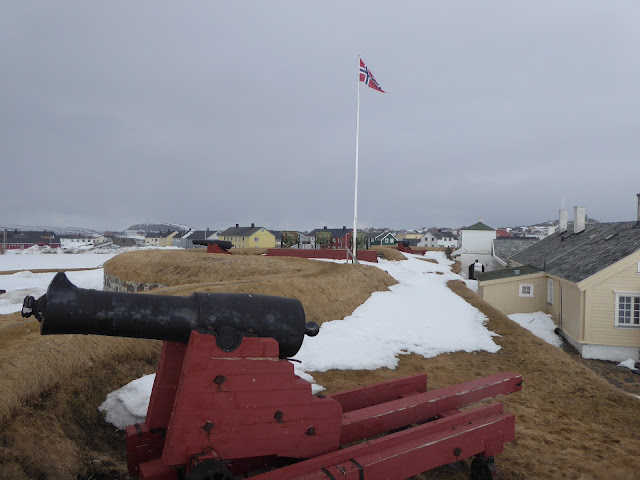 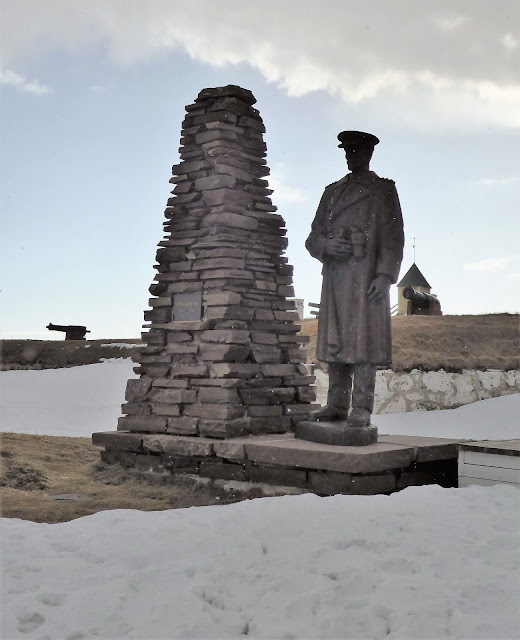 I will have to find out who he is. 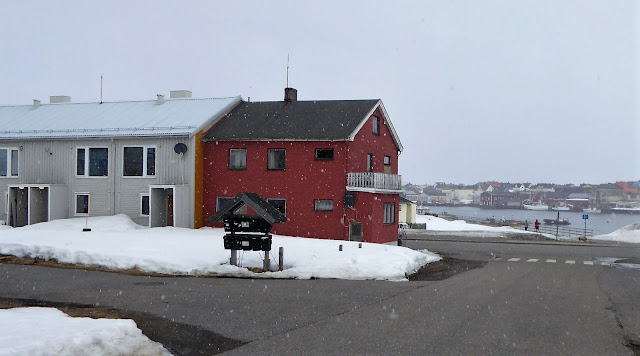 It had started to snow and you might see the white flakes. 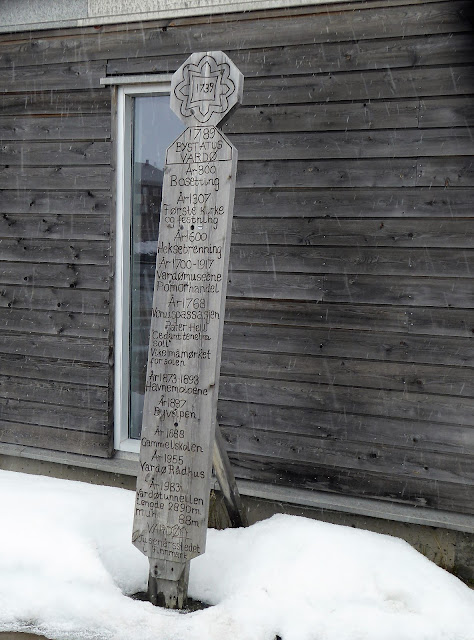 No, this is not a marker for flood heights in the area. 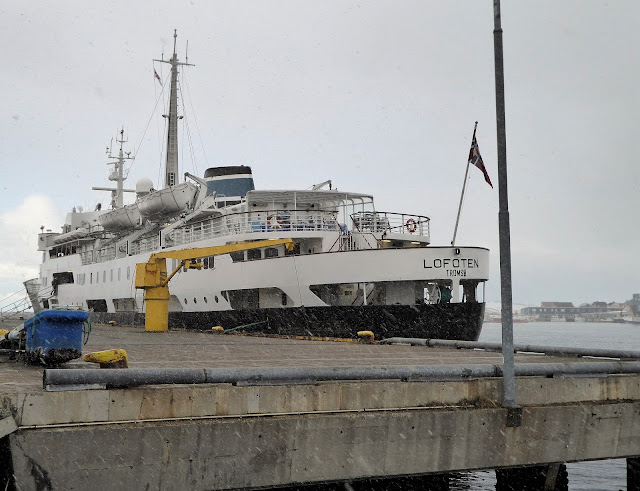 So we arrived back at the ship on time. They blow the ship's horn ten minutes before departure to warn people to get back.