It was rather muggy as we headed down to the Allegheny River for a walk along the north bank. 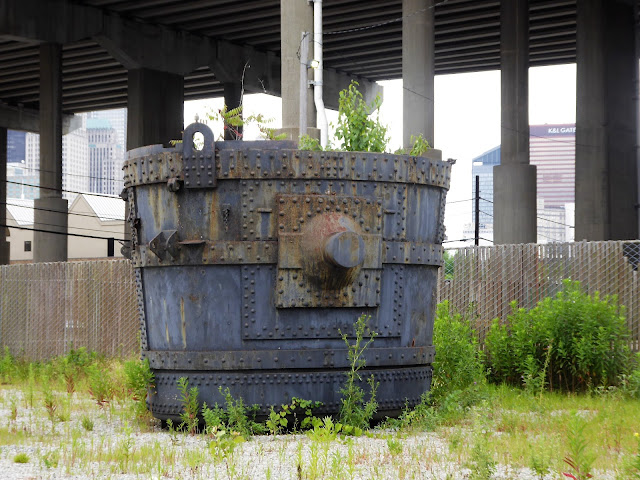 The north bank used to be heavily industrialized but industry has long departed. Here is an old molten steel bucket. 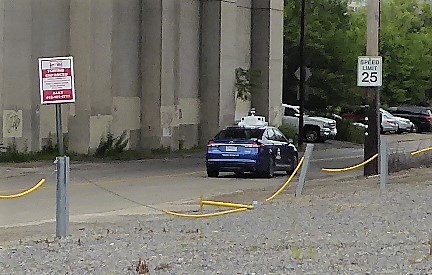 Pittsburgh has a thriving Artificial Intelligence industry and this is a driverless car being tested. There was a driver in the car sitting behind the wheel but presumably without hands on the wheel. 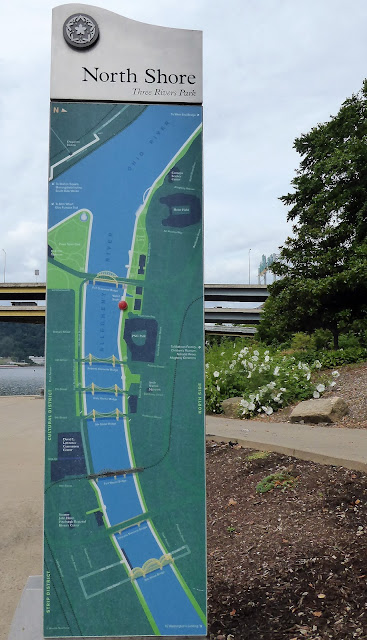 We walked along the left (north) side of the river. 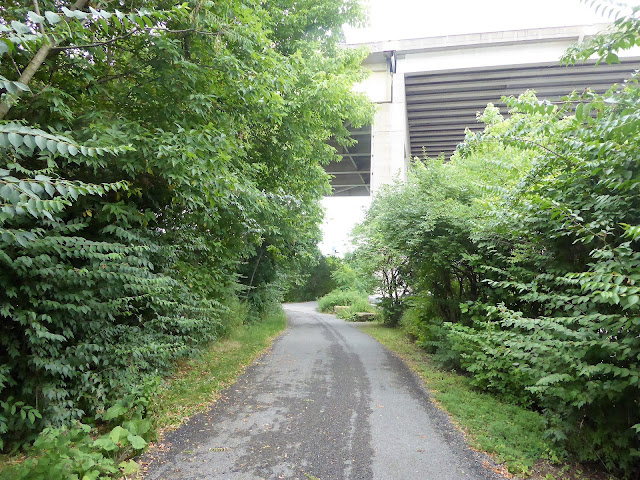 Our path which we shared with bicyclists. 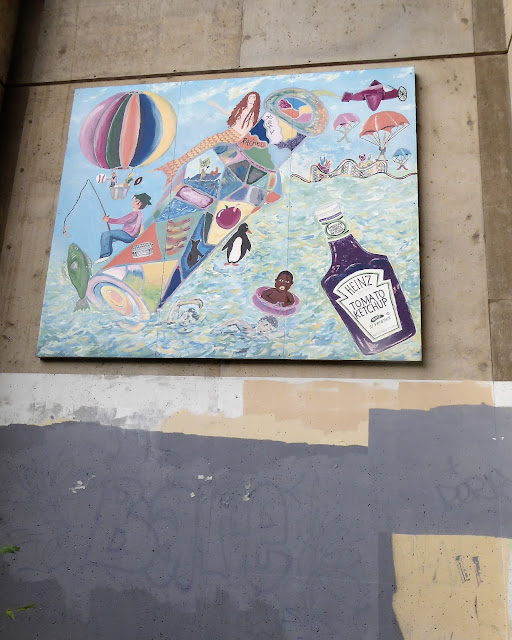 Heinz was and still is based in Pittsburgh. 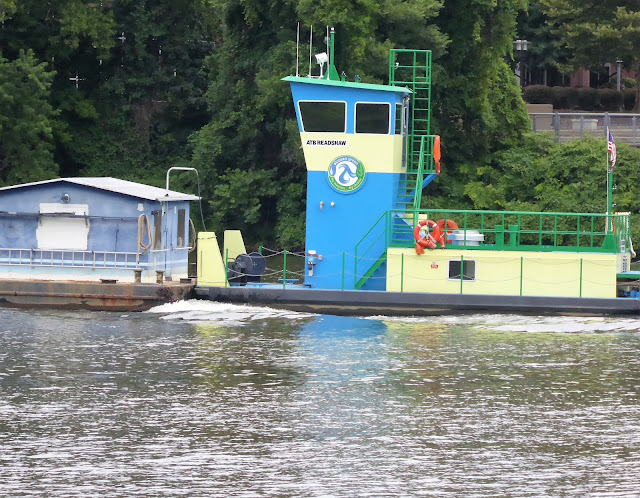 A pusher tug on the river. 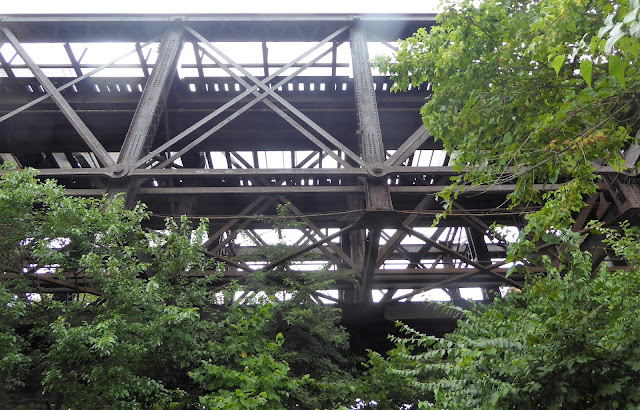 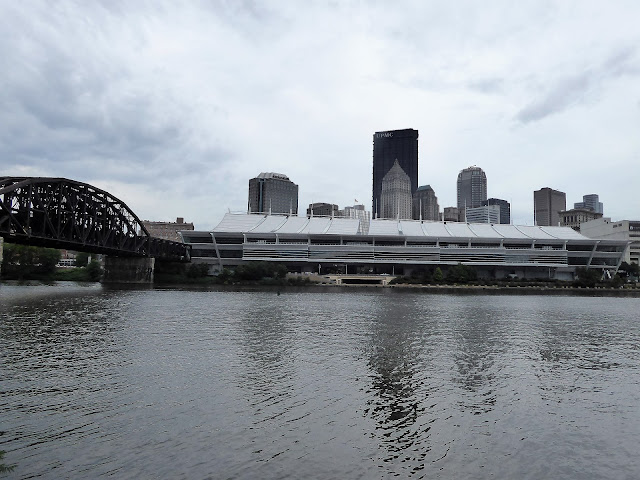 Conference Center on the other side of the river. Because of the overcast weather, many of the photos are grey and gloomy. 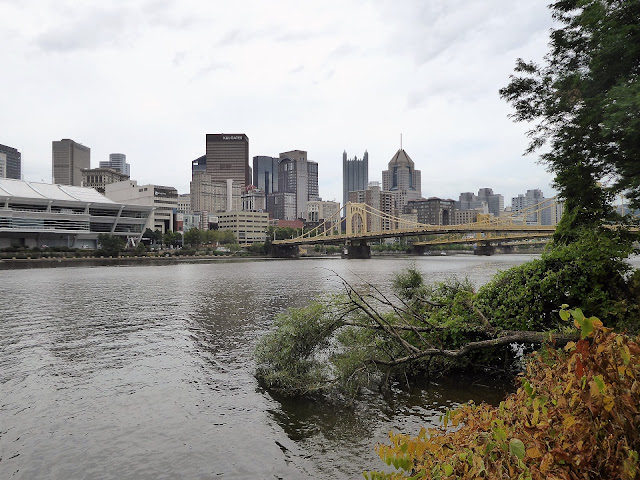 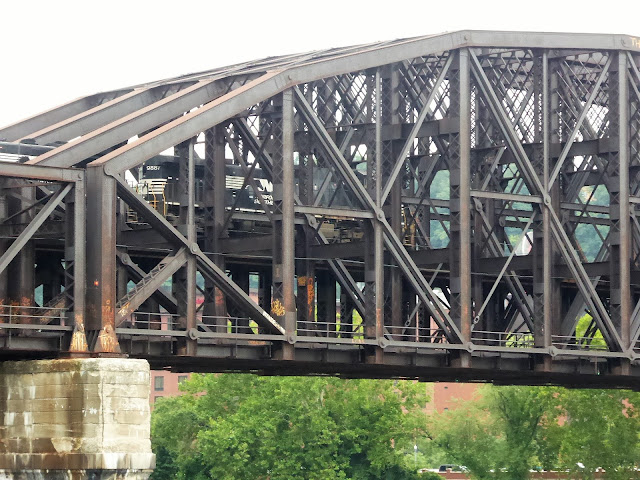 A train passed over the rail bridge. 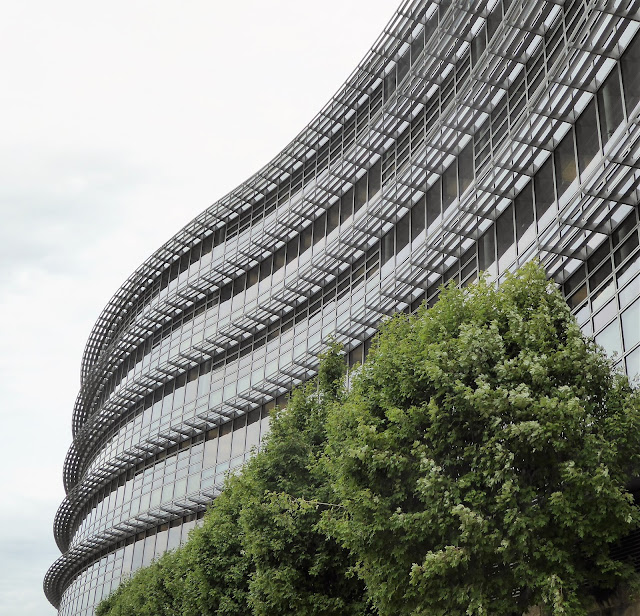 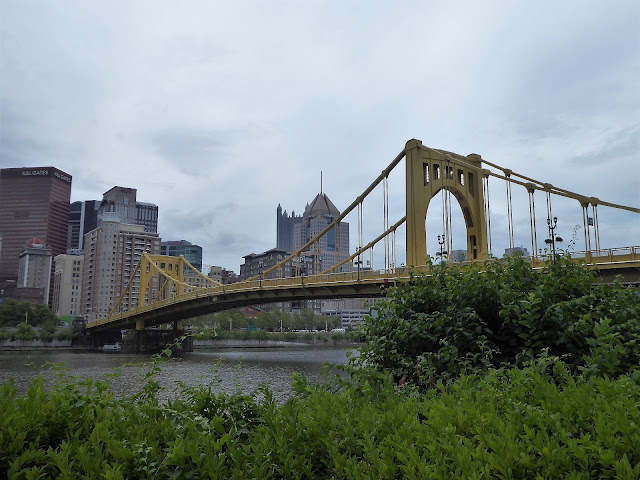 There are a lot of bridges crossing the Allegheny and the Monongahela Rivers in Pittsburgh. Most of them are painted yellow. I reckon they all need to be painted a different color and the the city could be called the 'Rainbow City'. 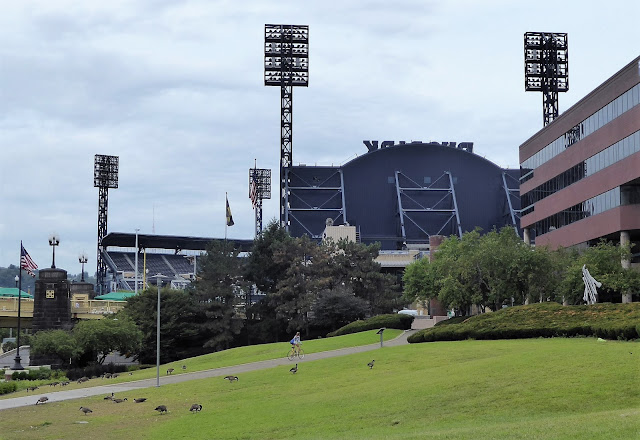 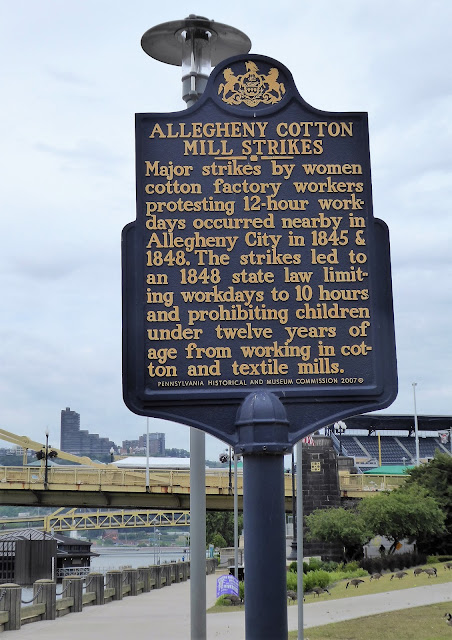 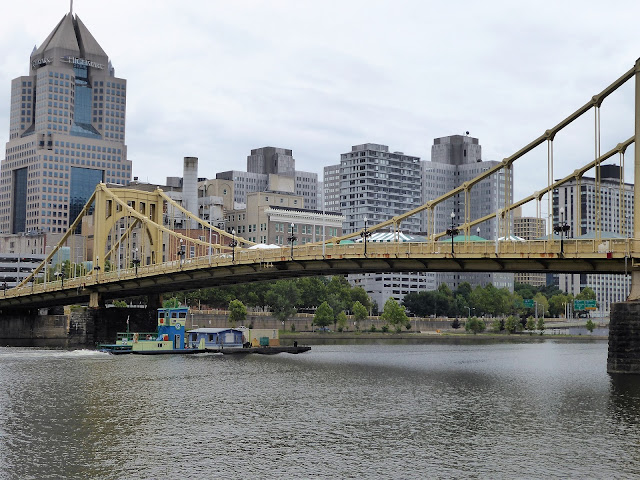 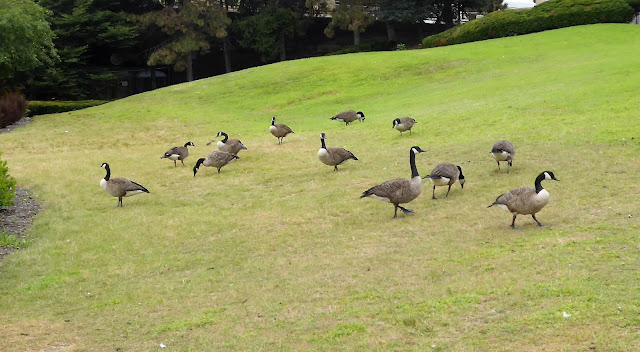 Geese. They had left a lot of poo scattered about. 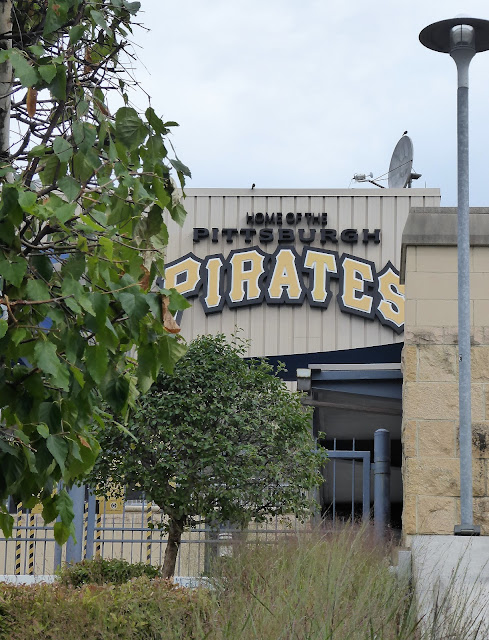 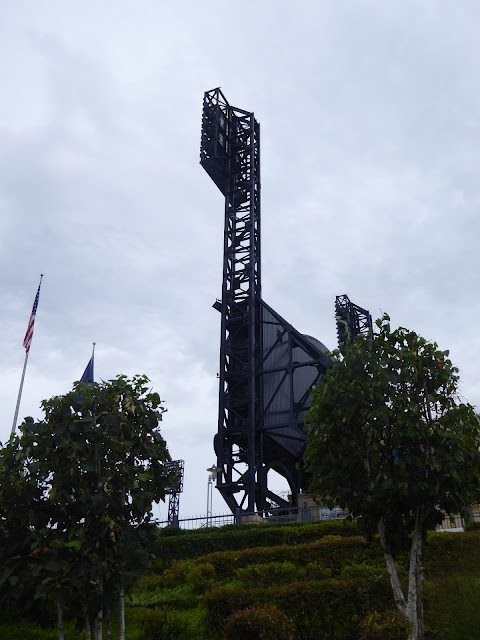 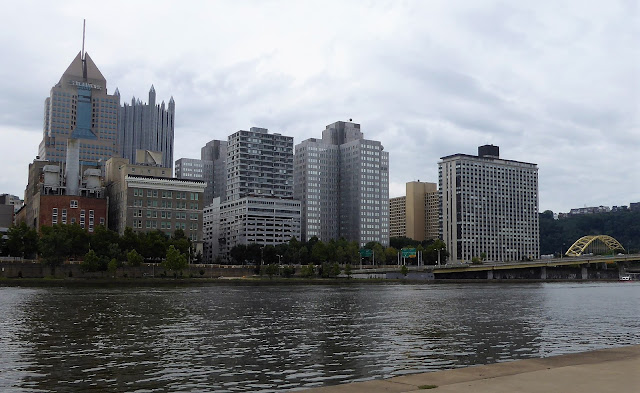 If you watched the Jack Reacher film, you might remember the parking garage where the sniper fires from. The garage is on the other side of the river, third building from the left. 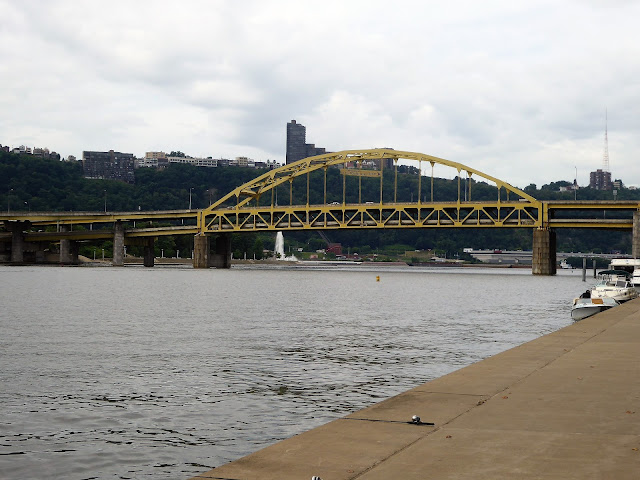 The bridge where the villain fires from. 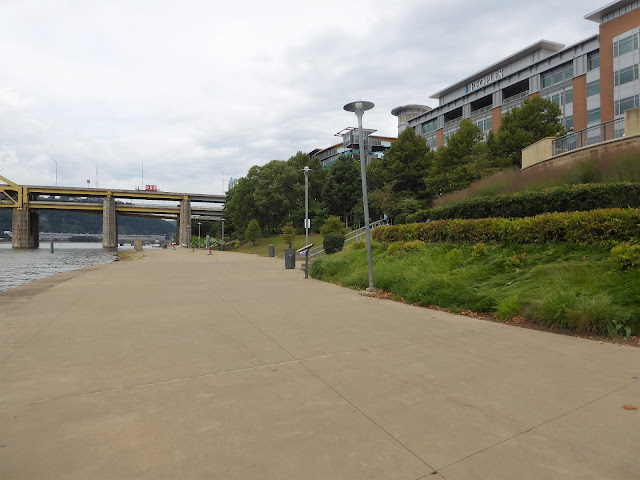 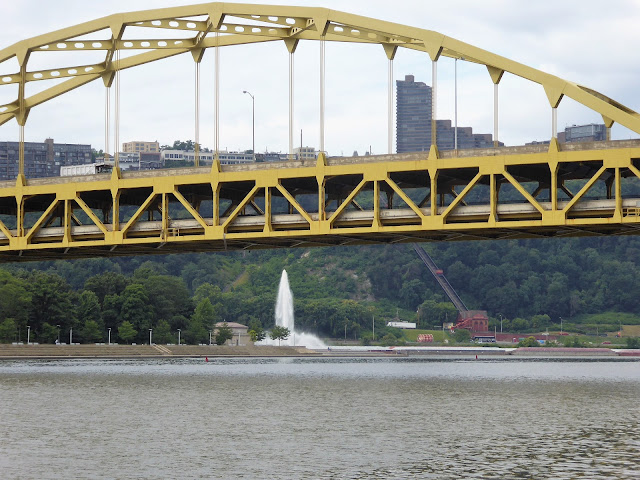 It's a double-decker bridge. 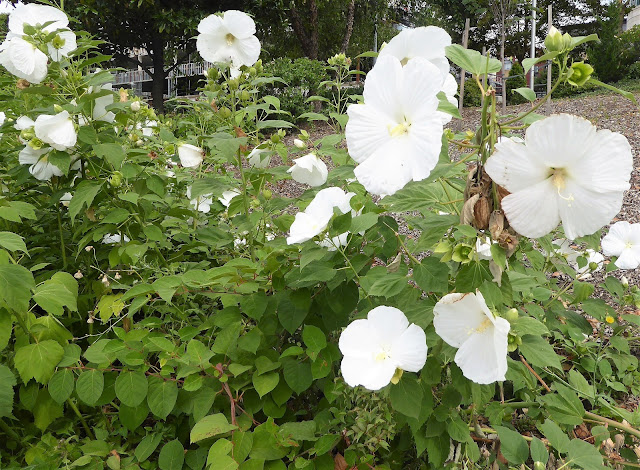 Some variety of hibiscus. 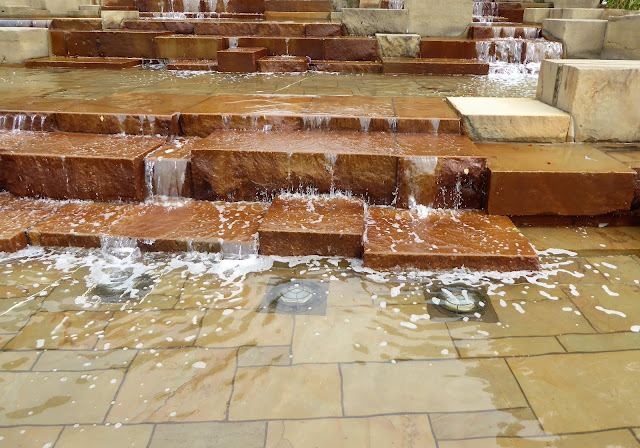 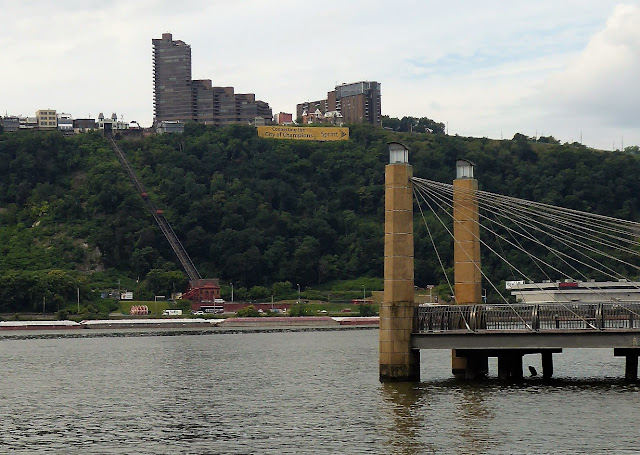 Notice the Duquesne Incline on the other side. The Monongahela and Allegheny Rivers combine to form the Ohio River which eventually joins the Mississippi at Cairo, Illinois. We visited that spot in 2016. 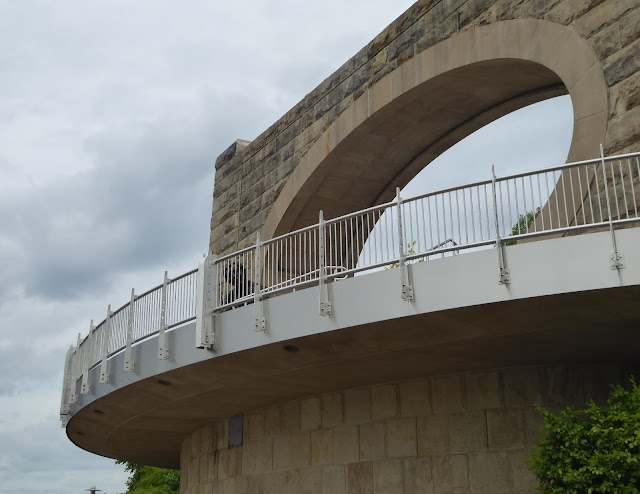 Skulking behind the railing is Mr Rogers, a children's TV star who was based in Pittsburgh.

Looking back towards the city. It was even more muggy when we returned to the car. It's a pity the photos are so gloomy.