We held a brief discussion about whether Marianne could stay in her nightgown all day. I suggested that she could but she declined saying that our standards would slip. I countered that my standards were low enough that they could not slip. 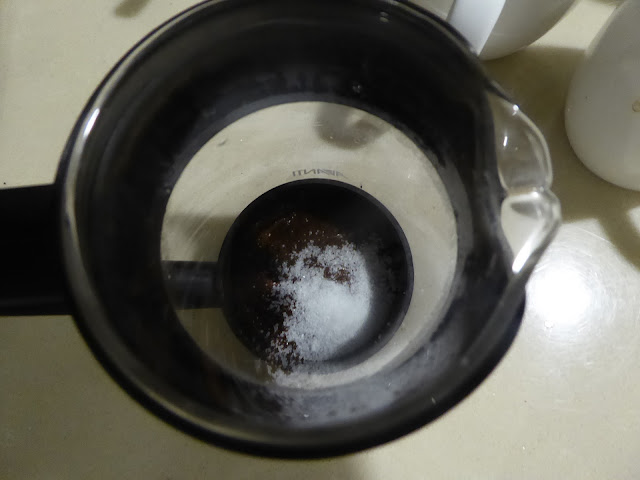 The brain slipped this morning. Marianne has sugar in her tea and coffee and I added some after I had already put the coffee in the plunge pot that Robin included in her care package. She got a large cup of coffee and then I made another plunge pot full of un-sugared coffee for myself. 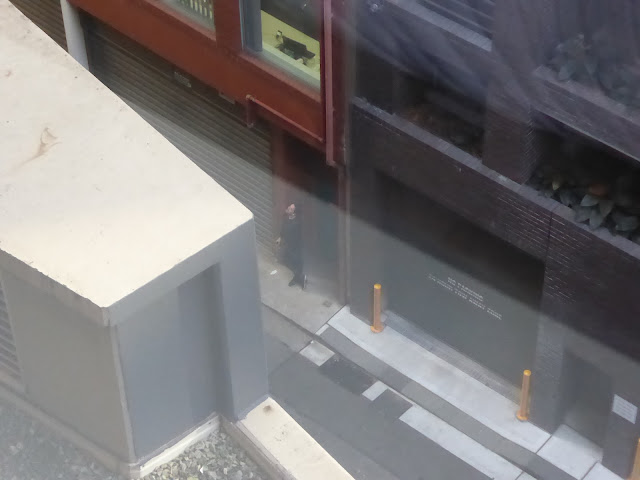 Another person waving to an inmate. 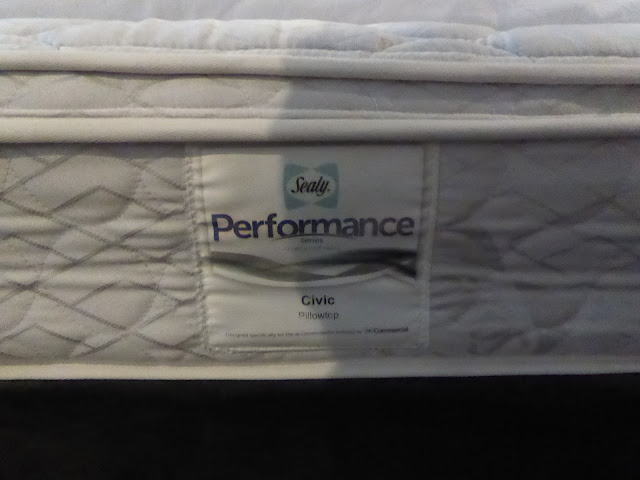 The beds are very comfortable. Marianne looked this up and it is a bed sold to hotels. What a surprise. 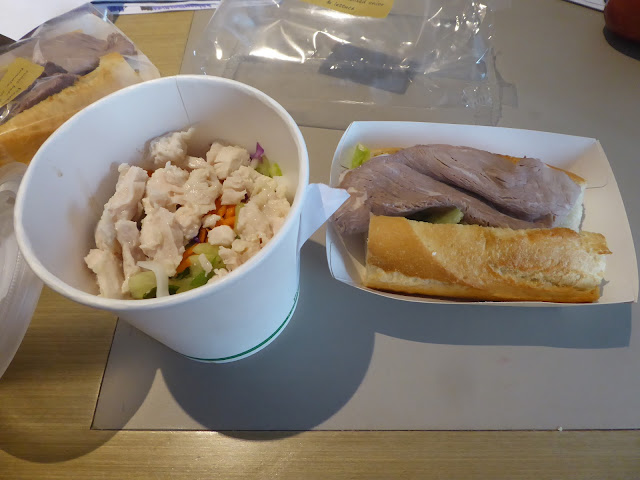 Lunch. Overall, I think the food is getting better. 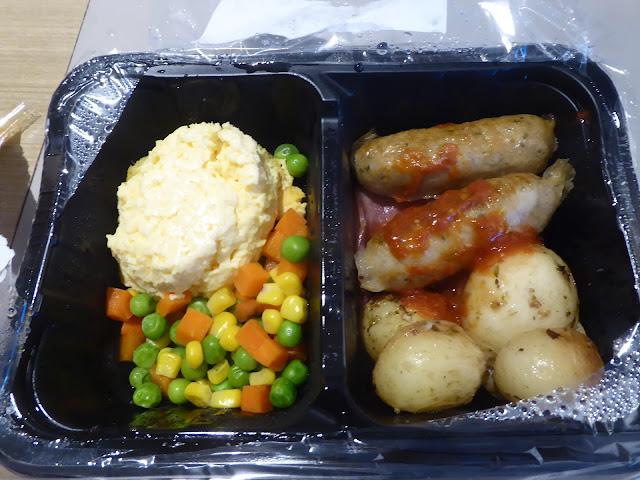 Breakfast. At least they got rid of the baked beans. 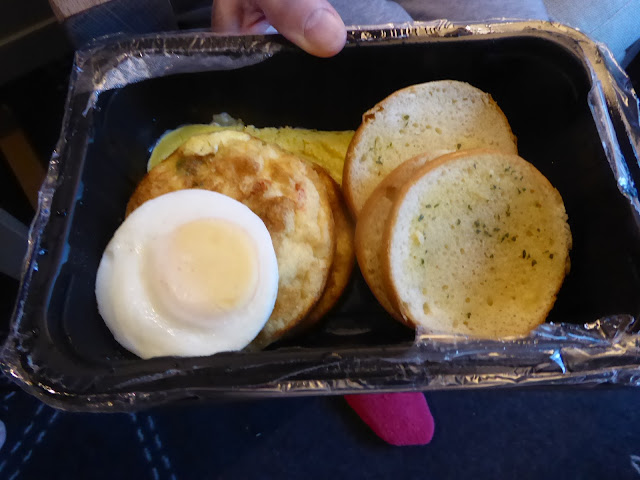 Marianne said the egg seemed to have been cooked the day before, or maybe the week before. 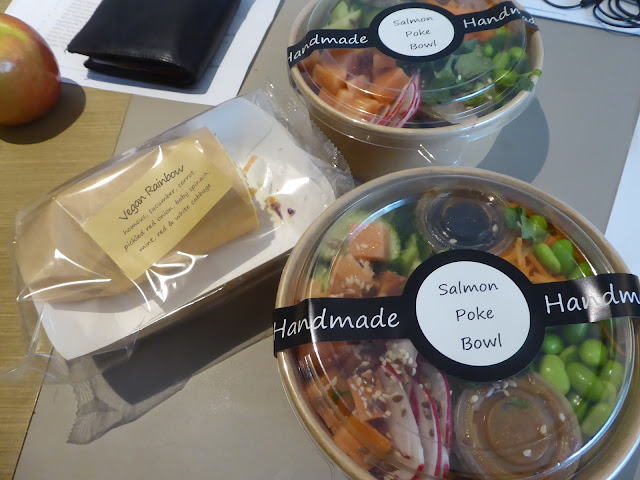 The poke bowls are really good. We are certainly getting some healthy food at lunch. 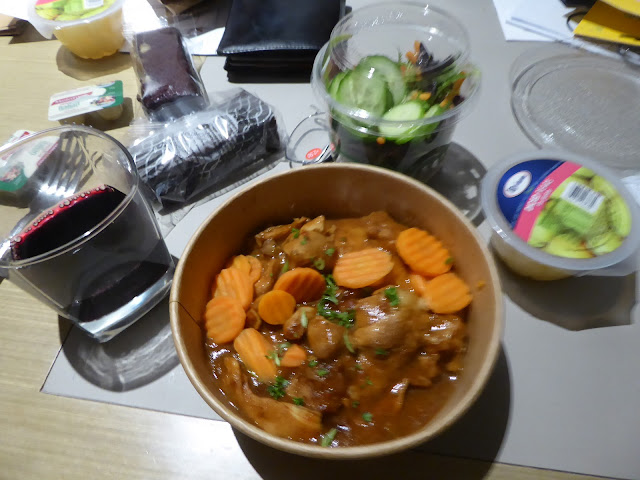 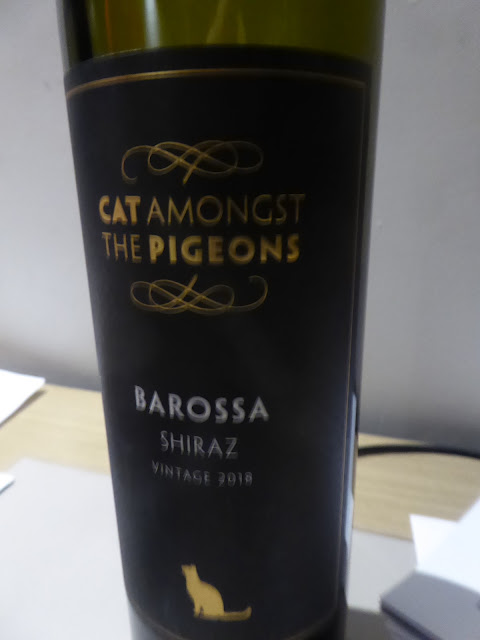 Marianne complained about the lack of wine so I ordered six bottles (2 red 4 white) from Dan Murphy's which is a popular nationwide boozatorium. They were delivered to the hotel which was fine, but the regulations say that they can only bring one bottle of wine to the room each day.
We quite enjoyed this and it was much superior to boat wine. The cost was $A 13 or about $US 10. We shall get some more when we finally get to our unit in Urangan. We were asleep before 9 pm, just can't handle our booze.
We will be tested for the virus again today.
Posted by Ray Perry at 8:52 AM