A walk in the local Botanic Gardens

We normally rise about 6 am and then eat breakfast. For a change, we went for a walk in the Hervey Bay Botanic Gardens before going to a cafe near the jetty to have brekkie. 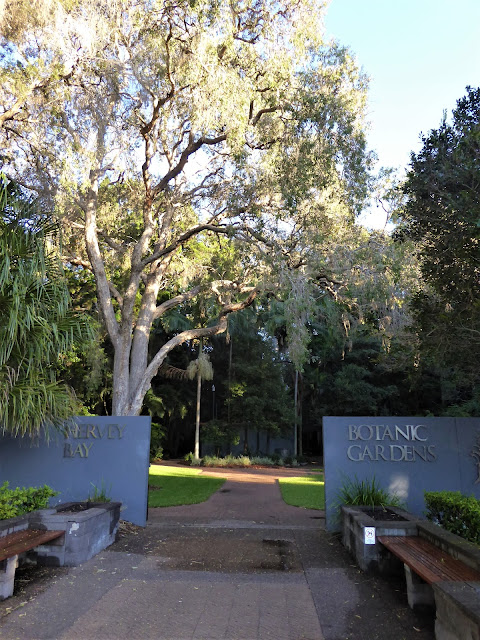 The entrance at about 6:30.
Not many people around. 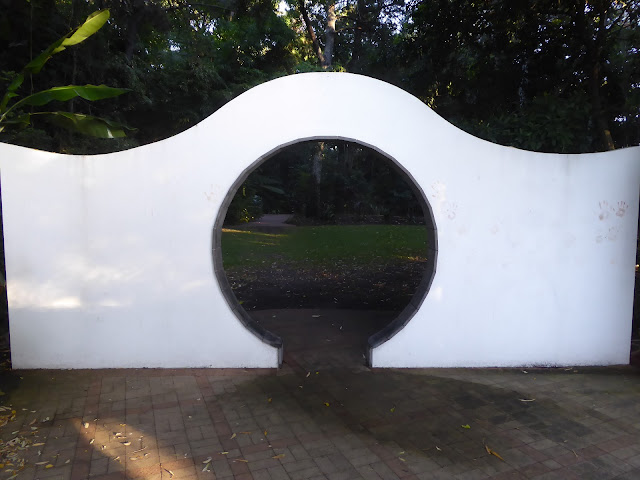 This is the entrance to the Chinese Garden section. 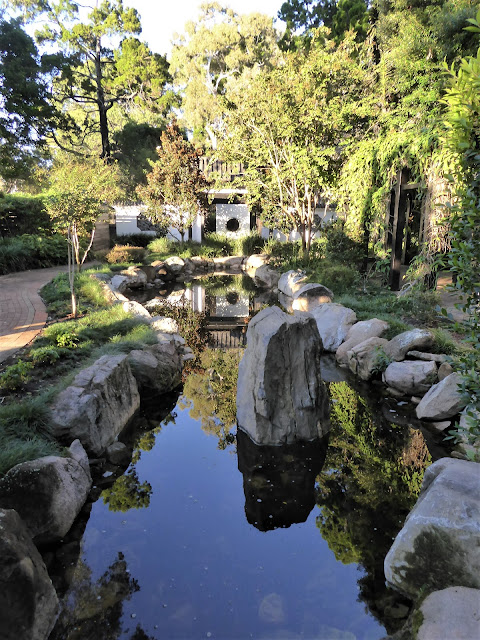 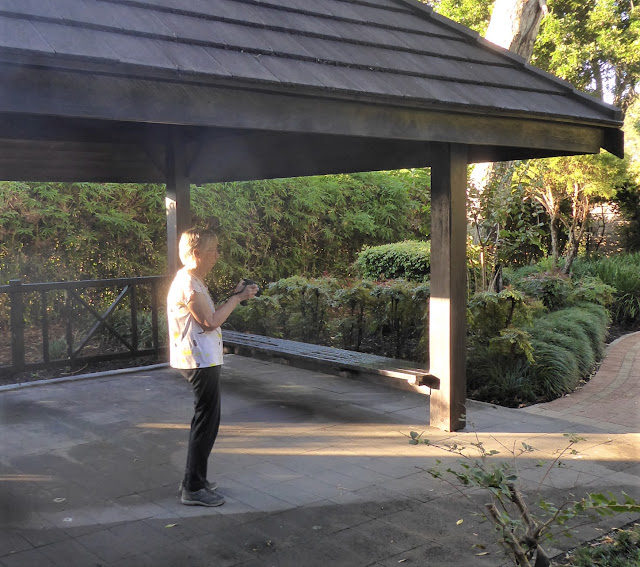 Marianne and I take photos quite differently. She thinks and frames each shot so it takes quite a while. Slapdash Ray just points his camera in the general direction, tries to make sure the camera is level and takes the photo. It's all over in a couple of seconds. Cropping later on the computer takes much longer. When you travel by tuk-tuk or train, there is usually very little time to grab the image. 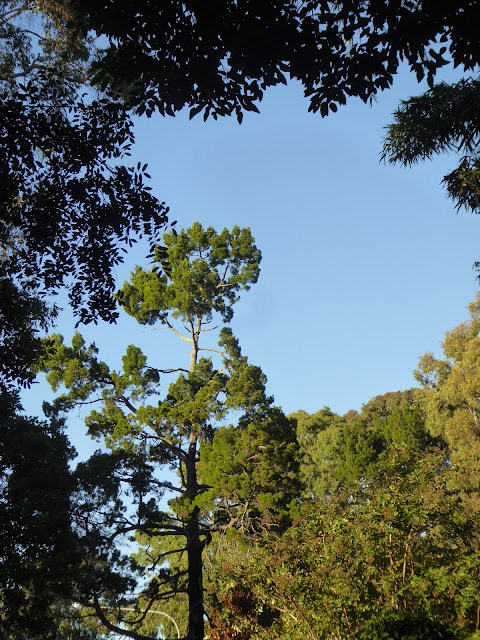 Another beautiful morning. Daytime maximum temperatures are in the mid 70's. 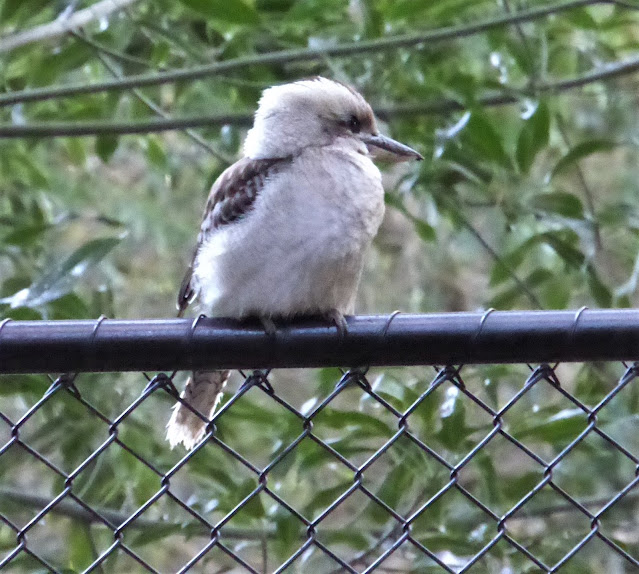 We heard this kookaburra laughing later. 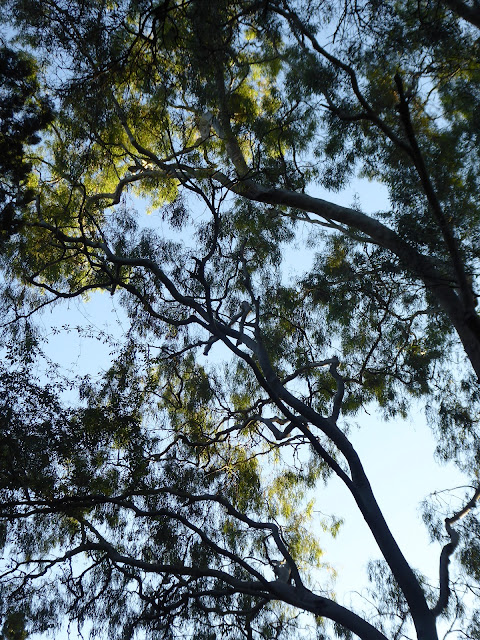 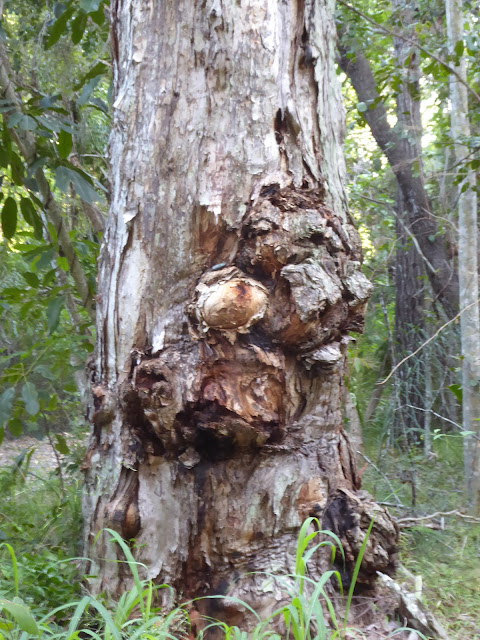 That is a tree trunk. 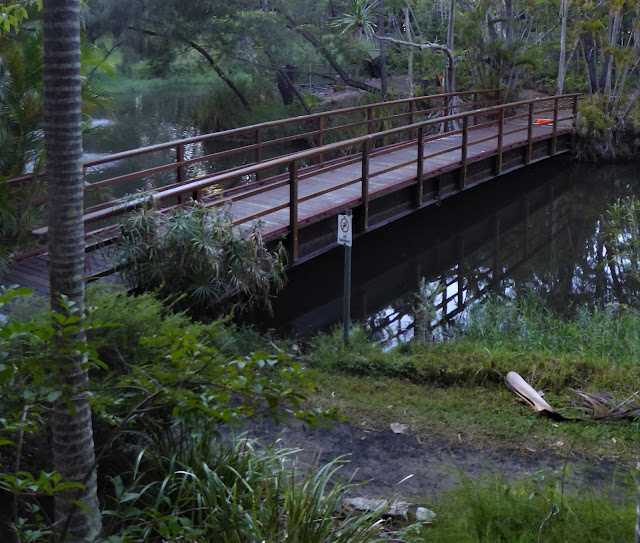 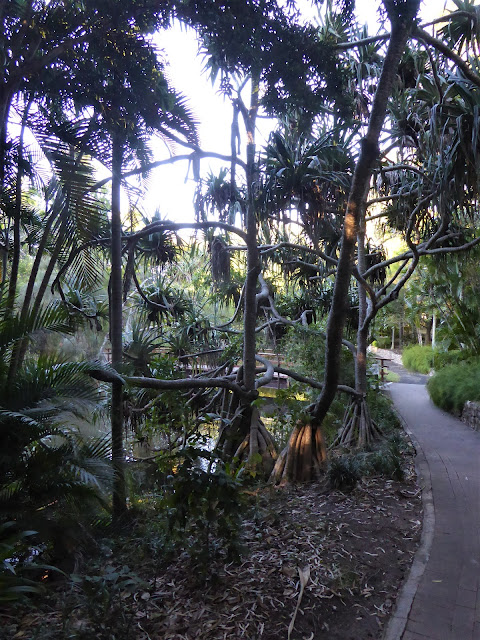 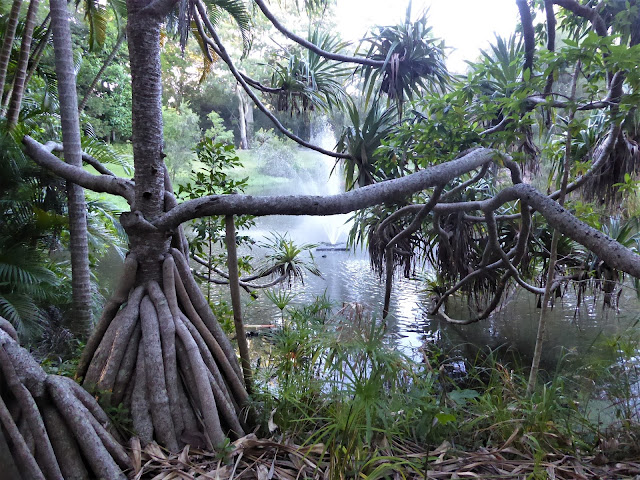 Pandanas, which are common in our area. 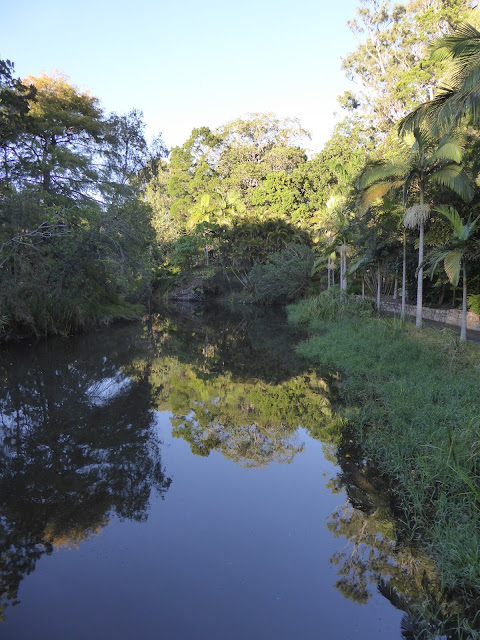 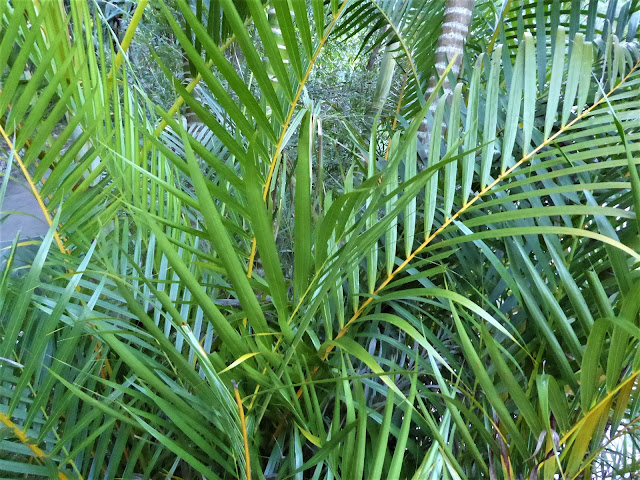 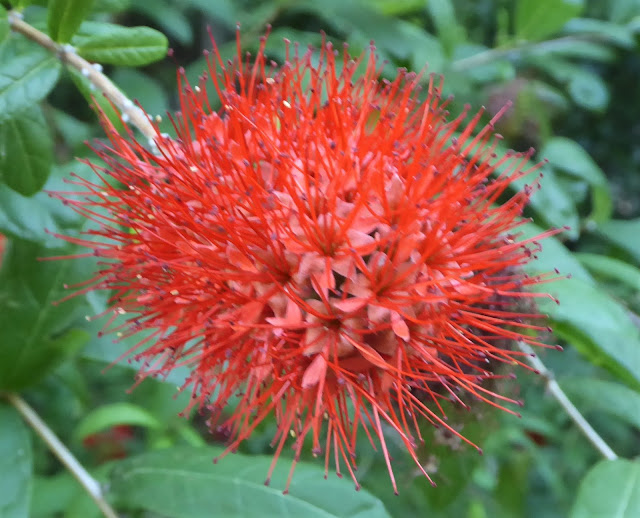 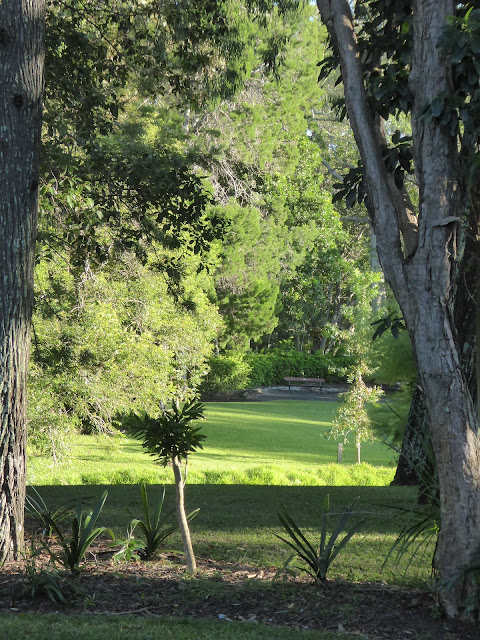 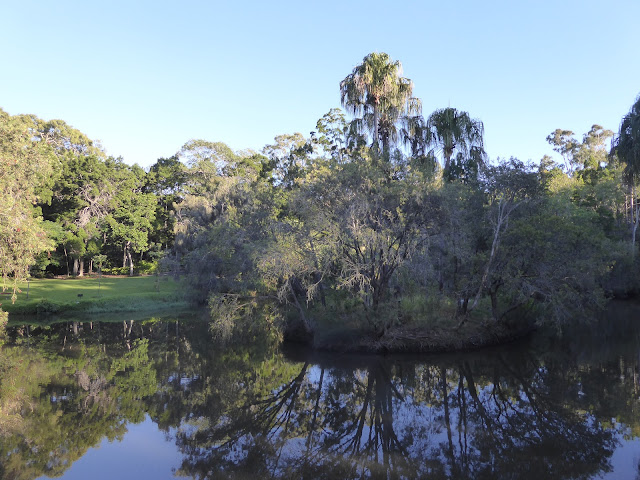 It was a lovely walk in the cool of the morning. We then drove to an un-swish cafe near the jetty and had large cappuccinos along with ham and tomato toasties. $20 for the two of us. Eat your heart out, Robin. 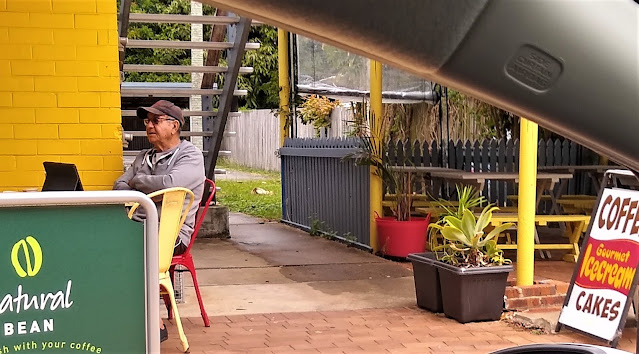 Sydney is much more expensive than Hervey Bay. My haircut costs $21 and of course, there is no tipping here in Oz. Apparently, Robin would be lucky to get $21 change from $100 for her haircut, but she does get a free beer to enjoy while she is being primped. No beer for me. However, at the end of my haircut, the hairdresser takes a hot towel, drapes it over my head and massages my head for two or three minutes. It's better than any beer.