Wooroolin and the Bunya Mountains

We continued south to Toowoomba via Kingaroy. 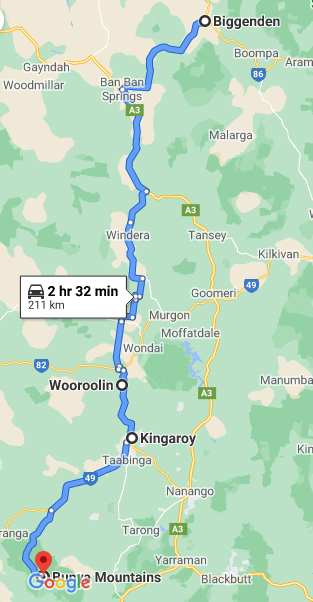 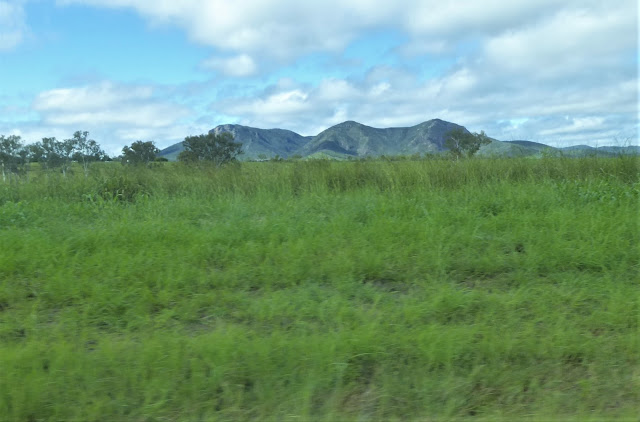 There are several hills or mountains in the area. Many have a flat top. 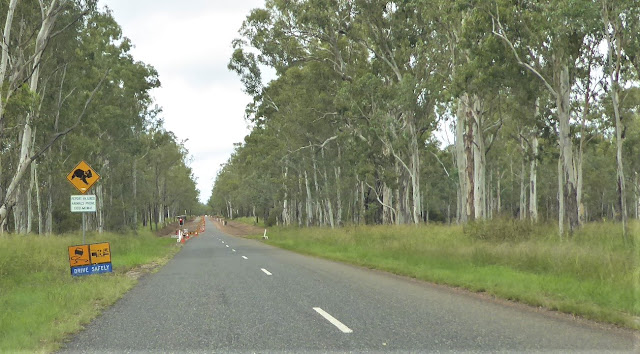 A typical scene when you travel in Australia. You have to stop at a red light where the road is half-closed for repairs. We looked to see if there were any koalas in the nearby trees but did not see any. 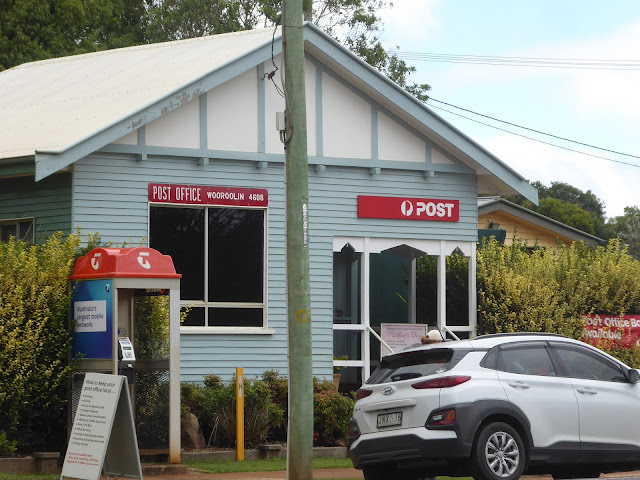 We stopped for a bathroom break at the tiny village of Wooroolin just north of Kingaroy. It's easier to find public toilets in these tiny places than in towns or cities. 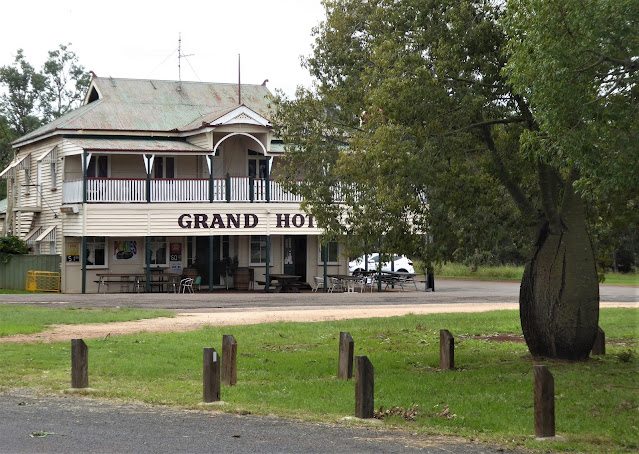 The local pub looking rather Grand.

We did not stop to investigate the wetland. Perhaps we should have since it had been raining. 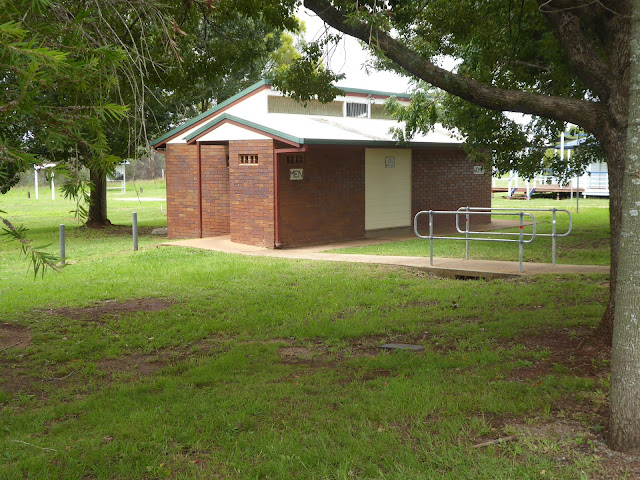 The public toilet. It makes a change from going into the nearest McDonalds. 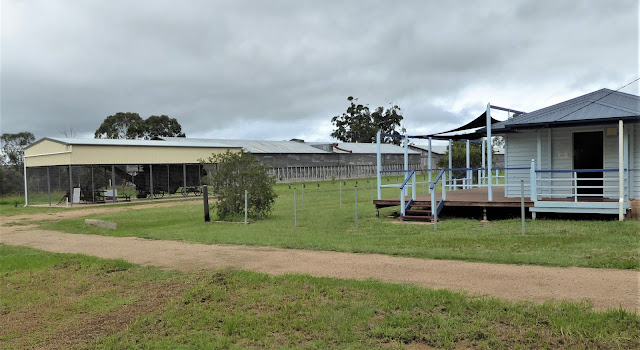 On the right is the local Country Women's Association and what I think is a peanut processing building in the background. The area around Kingaroy is where most of Australia's peanuts are grown. 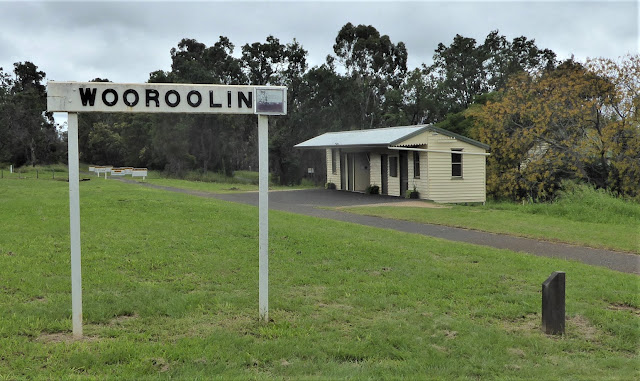 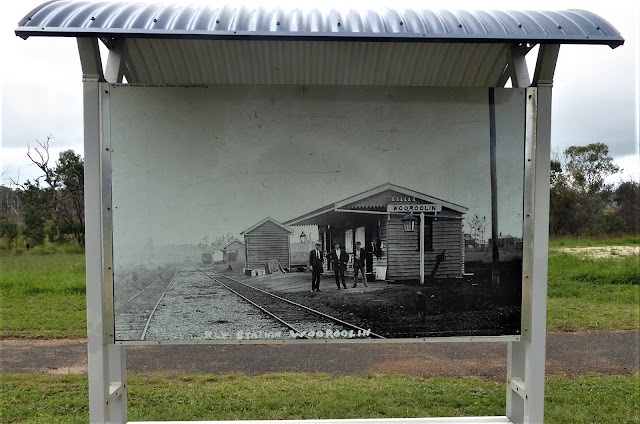 It hasn't changed much. Note the drain pipe at the side. 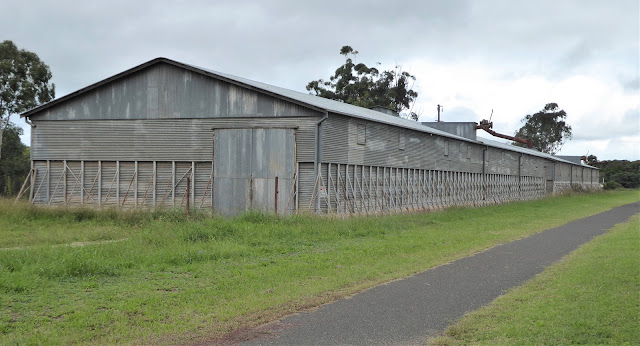 That's quite a long building. I suspect it is longer than the main street. 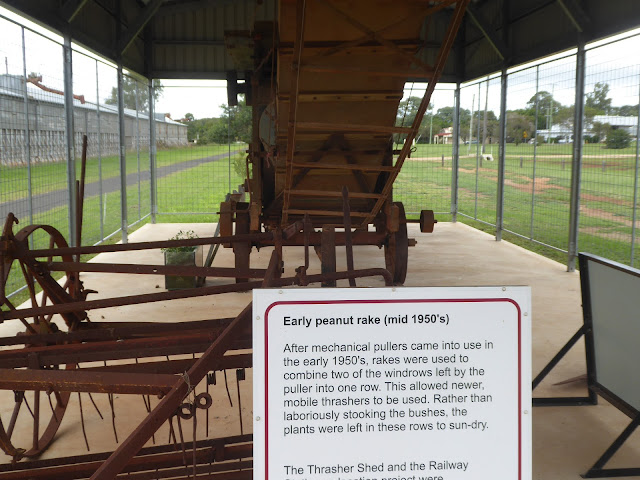 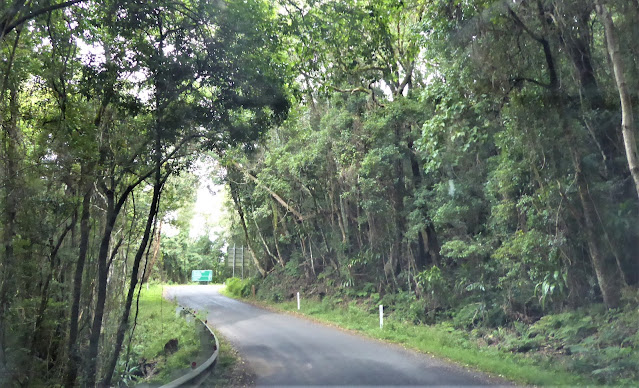 We continued south of Kingaroy to the Bunya Mountains. We had gone this way several years ago in 2013 and there is more about it (and better photos) here. 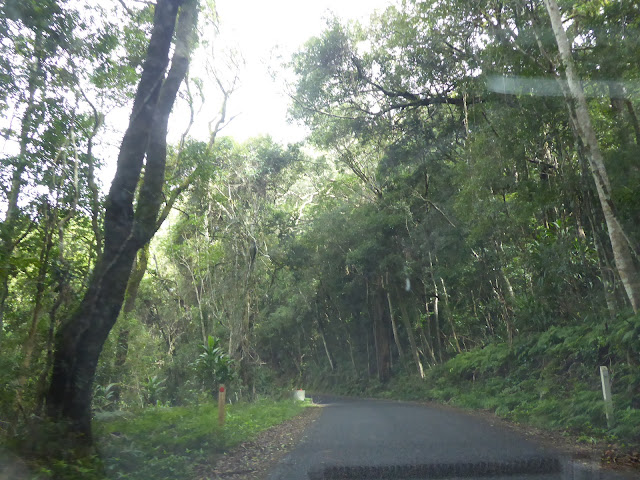 It's a very steep and windy road. 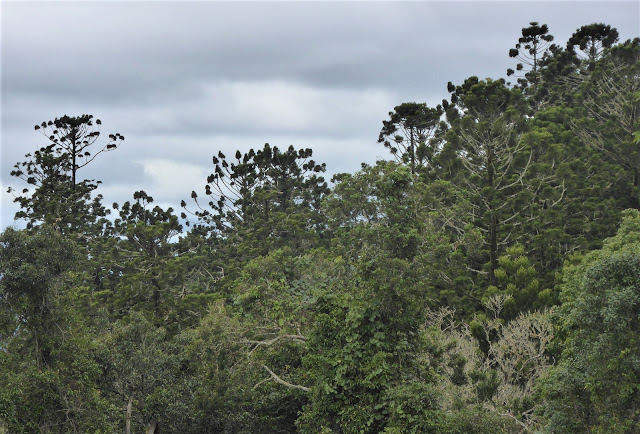 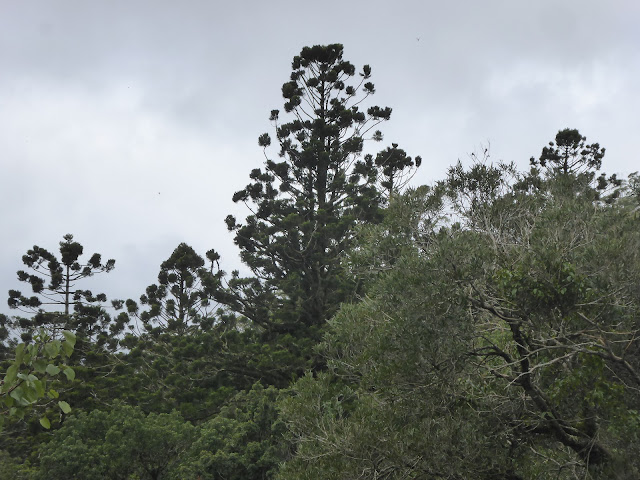 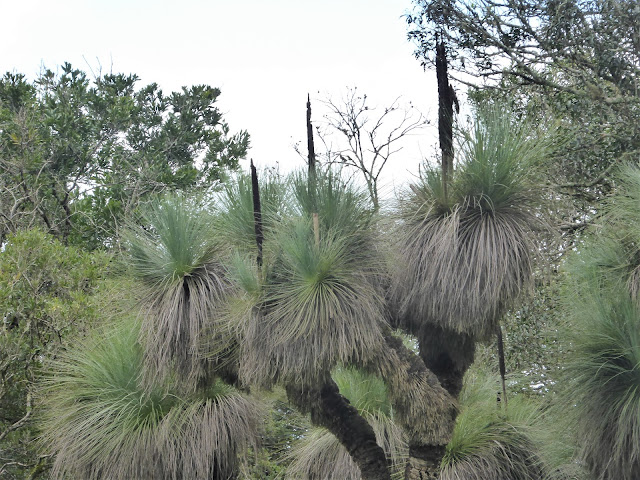 Marianne took several photos while I had a nap. 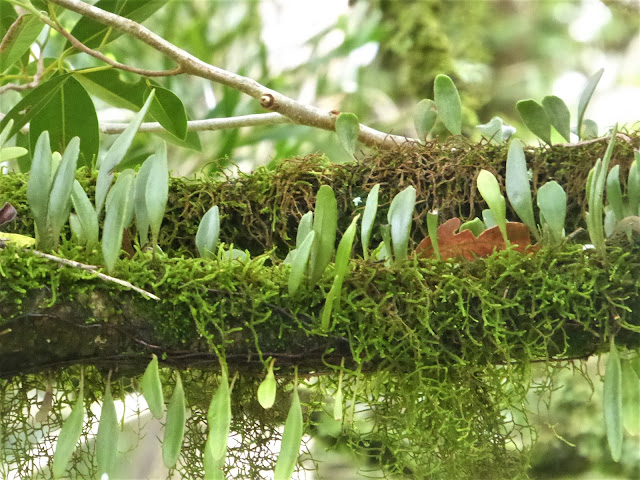 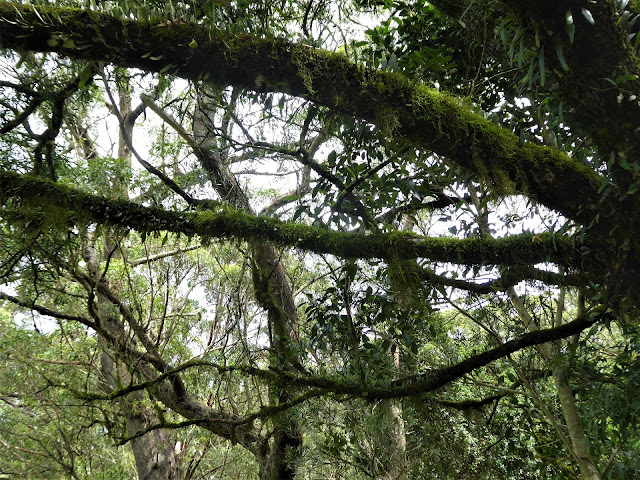 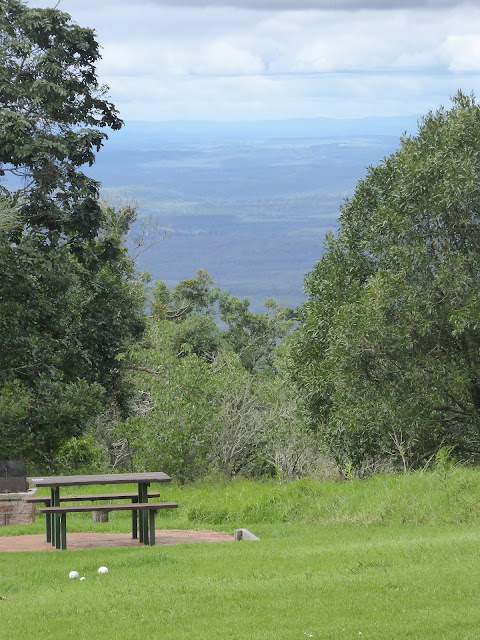 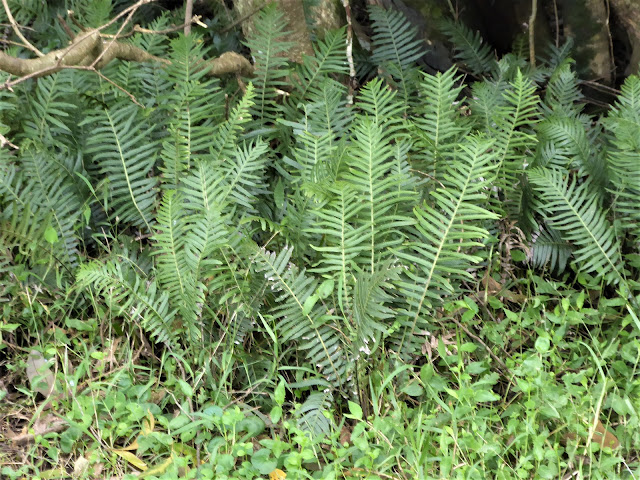 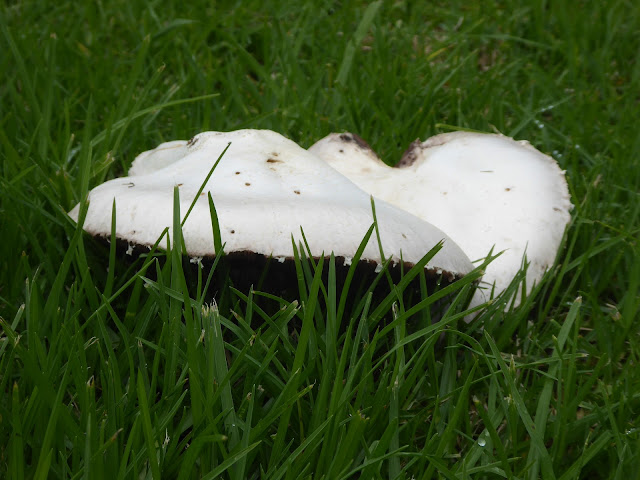 That is a big mushroom. 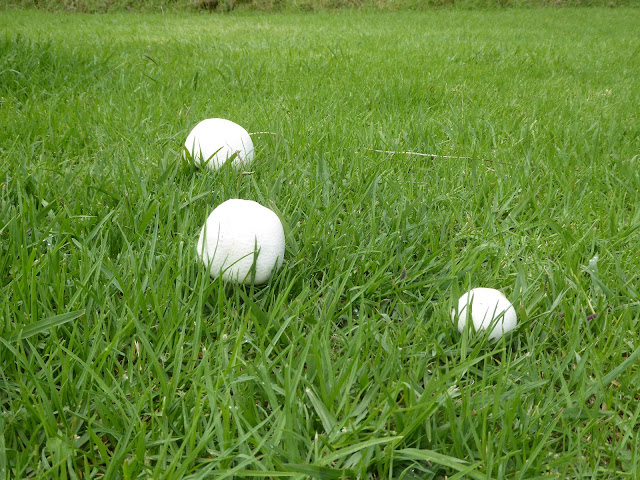 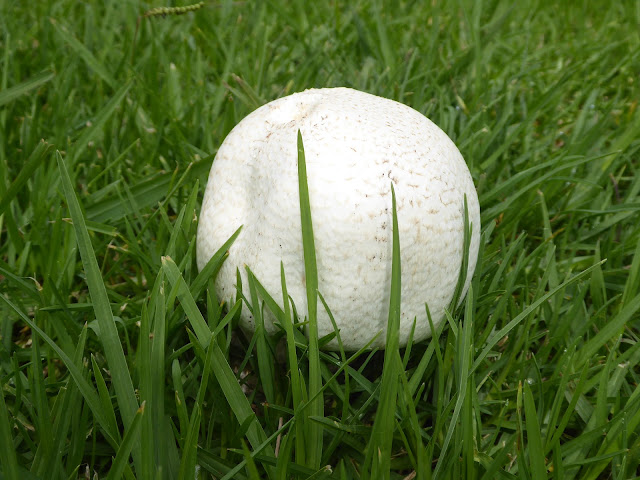 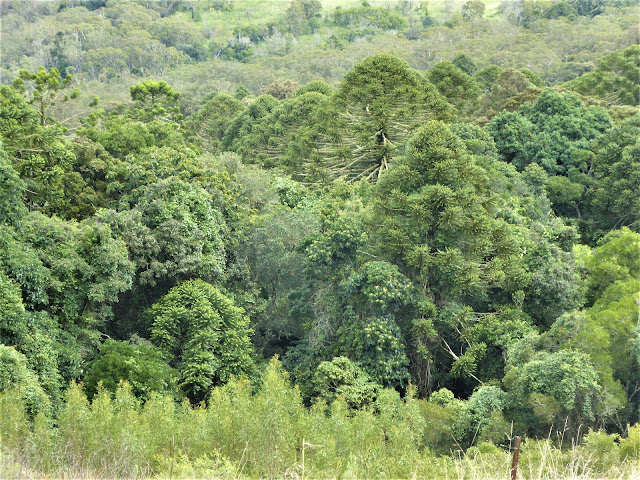 On the way down there is a lookout where you can look down on these tall trees. 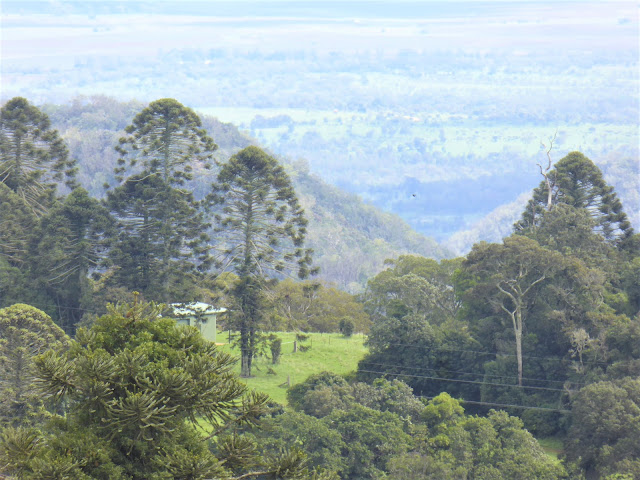 They are a very popular tree to plant in Australia. We can see one from our balcony in Urangan and at sunset, we can see through the branches as you can with these trees.